Bringing two families together presents its own set of obstacles. After all, when you marry someone, you join a community of individuals who genuinely care about them. And, while you expect that this new tribe will respect you and always remain by your side, that isn’t always the case.

Redditor Fickle-Life-9867 has a personal experience regarding this particular case. This 35- year old lady took her story to the AITA community after having troubles with her sister-in-law. Her oldest son brought her a precious hammock chair as a birthday present. “You never get anything wonderful,” the young man persuaded the user, who was initially hesitant to accept it. I wanted it to go to you.” That is exactly what she did. For a period of less than a week.

After her sister-in-law chose to try it out, the excitement of the present immediately dissipated. “When I advised her not to sit on it, she said, ‘Is there a weight limit?’ As a result, I said yes,” the user wrote. This clear request, however, did not deter her from ripping the chair apart. The user’s husband and sister both accused her of fat-shaming, which escalated into a terrible battle. The whole incident created quite a sensation in the AITA community. Keep on scrolling down below to know the complete tail and it would be up to you guys to decide if the user is an A-hole. Make sure you watch it till the end.

This woman recently revealed how enraged she was after her sister-in-law purposefully wrecked her prized hammock chair. 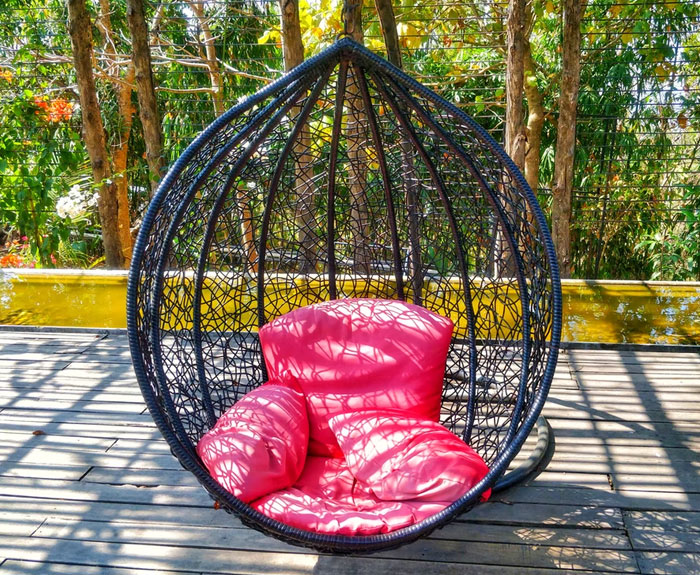 1. After being accused of her obesity, the user turned to AITA subreddit to ask whether she was wrong or right 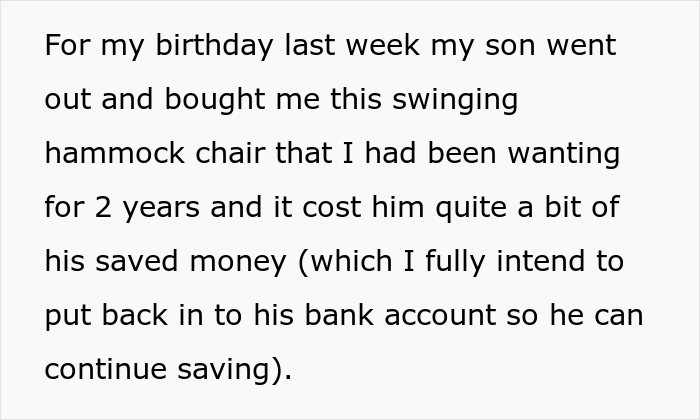 3. We can all relate to this, when someone gift us something they are more excited than us. 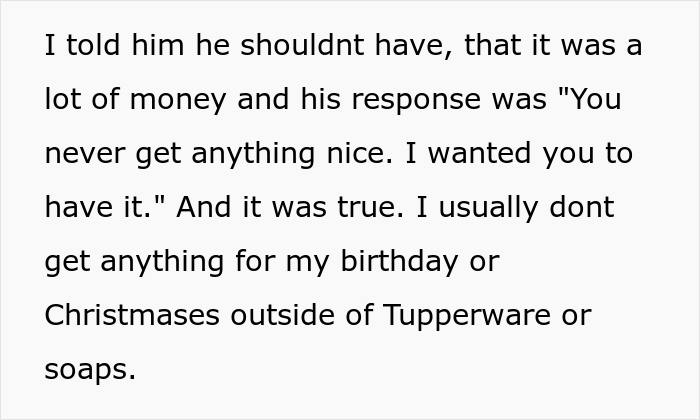 5. If you get something nice, it’s no big deal to cherish it.

6. Yes there is a weight limit 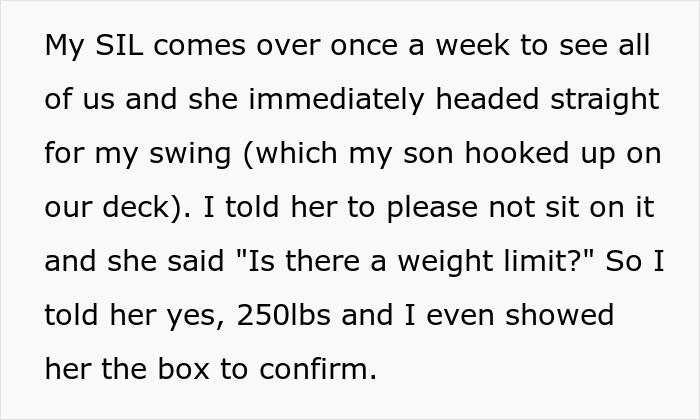 7. Let’s see what happened next 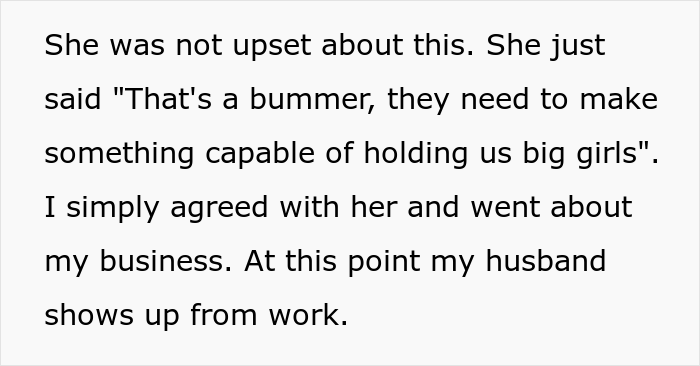 8. We all know what would have happened

9. Oh damn, it must have caused her pain

10. Sure you need to learn to listen 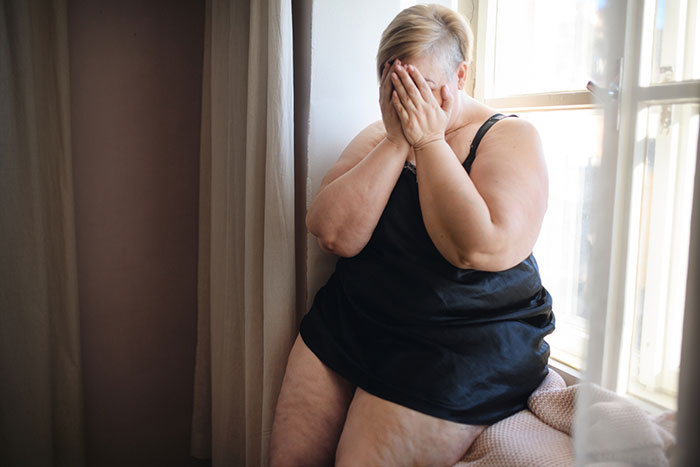 11. She literally had one thing nice for herself

12. Usually the weight limit is a lie? Seriously?

13. I feel bad for her and that poor swing

14. Literally she is the only person who loves her 420ish lbs weight 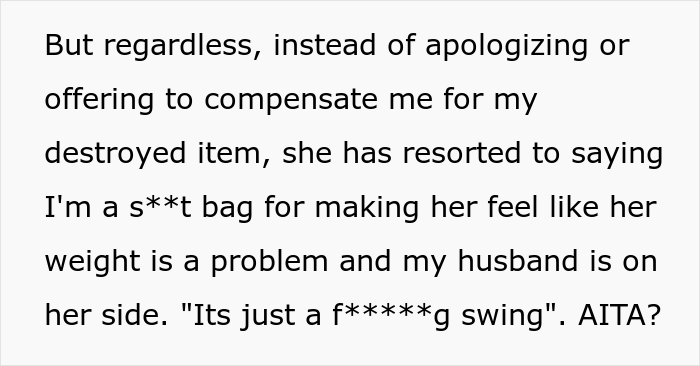 While having disagreements with your husband and their family is never easy, this woman found solace in sharing her tale on the internet. We can only imagine how terrible it was for the user to be blamed for her emotions after witnessing how something valuable was destroyed in a matter of seconds while her in-law laughed it off. Redditors overwhelmingly supported the woman, concluding that her actions were entirely reasonable. They did not spare any harsh comments for her husband, who supported his sister.

The story went popular and this is what Redditors had to say.

16. If it’s only a swing yeah the husband should buy it asap 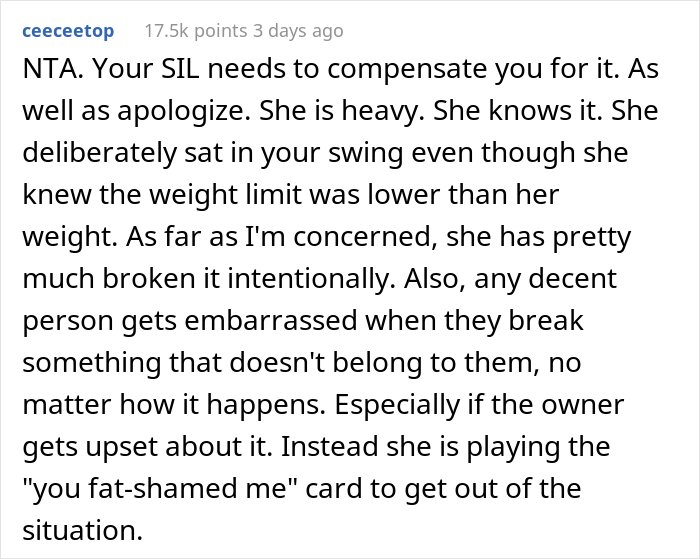 18. OP is definitely not an A-hole

20. Although she warned her that it wouldn’t bear much weight but she still decided to do it anyway. 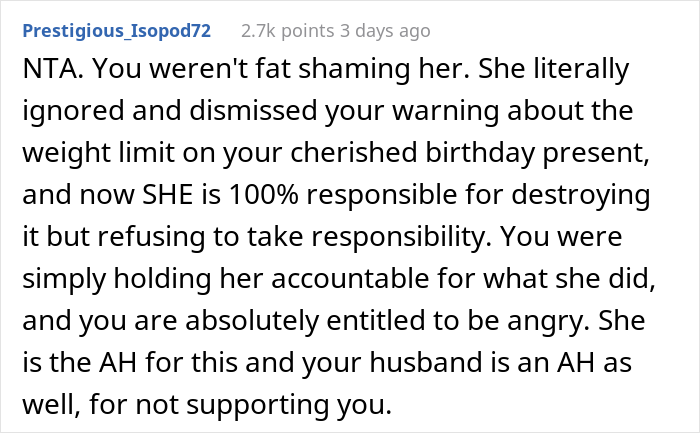 22. Her husband needs to acknowledge

23. Her husband and her sister in law owe her an apology 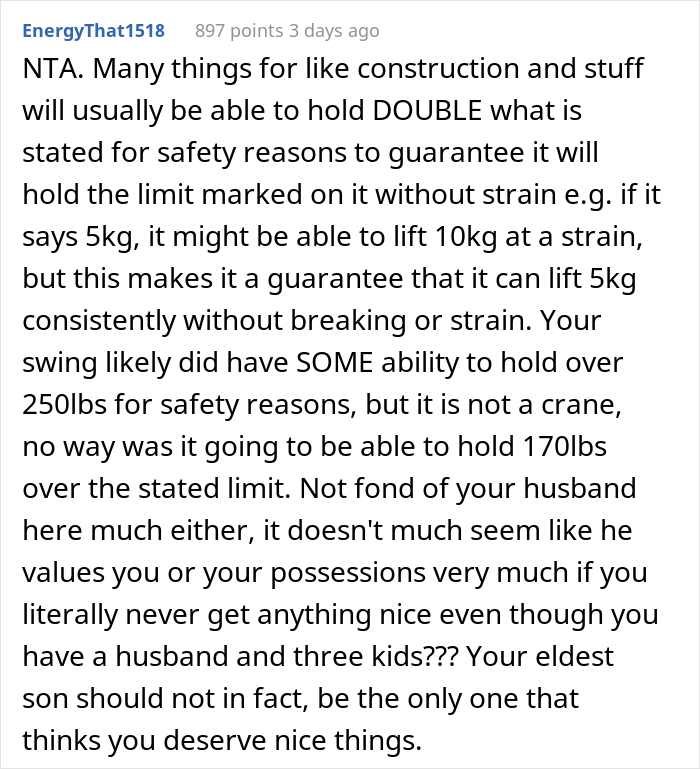 24. You can be whatever size you want to be but don’t go around wrecking people’s things.

Clearly, OP is not an A-hole here. Her husband and her sister-in-law need to acknowledge that she is on her right and they need to apologize to her but instead, they became arrogant.