Some people are so self-centred it just does not make any sense.

We need to let people have their moments. A lot of people think that everything should be about them. They do not like it when the spotlight is on somebody else. Well, guess what? Not everything has to be about you. Other people have their own lives and things they want to celebrate too. Let them enjoy their moments instead of trying to ruin it for them by making it all about you. Some people think they are entitled to steal other people’s thunder at special events. These attention seekers just want all eyes on them. This just makes one selfish and shallow. If you can not be happy for somebody else then you do not have the right to celebrate their special moments with them. People need to set up boundaries with their family and friends. They need to make sure nobody crosses the line. When you establish boundaries with other people, they will think twice before crossing them. However, some people are shameless. Even if they are clearly told their limits, they just want to push it and test everyone’s patience. These are the kind of people who are never told no as an answer and think that the world owes them something. People like that need to be shut down every now and then so they know their limits. They need to check reality again.

This woman on Reddit shared her story about her baby shower. She was finally having a baby after a lot of unsuccessful attempts, miscarriages, and infertility. She wanted the baby shower to be special but her aunt insisted on announcing her own daughter’s pregnancy at the baby shower. The woman asked her not to do that but her aunt didn’t listen. A lot of drama continued after that. Scroll down below to read the whole story.

1. This couple was really excited about their baby. 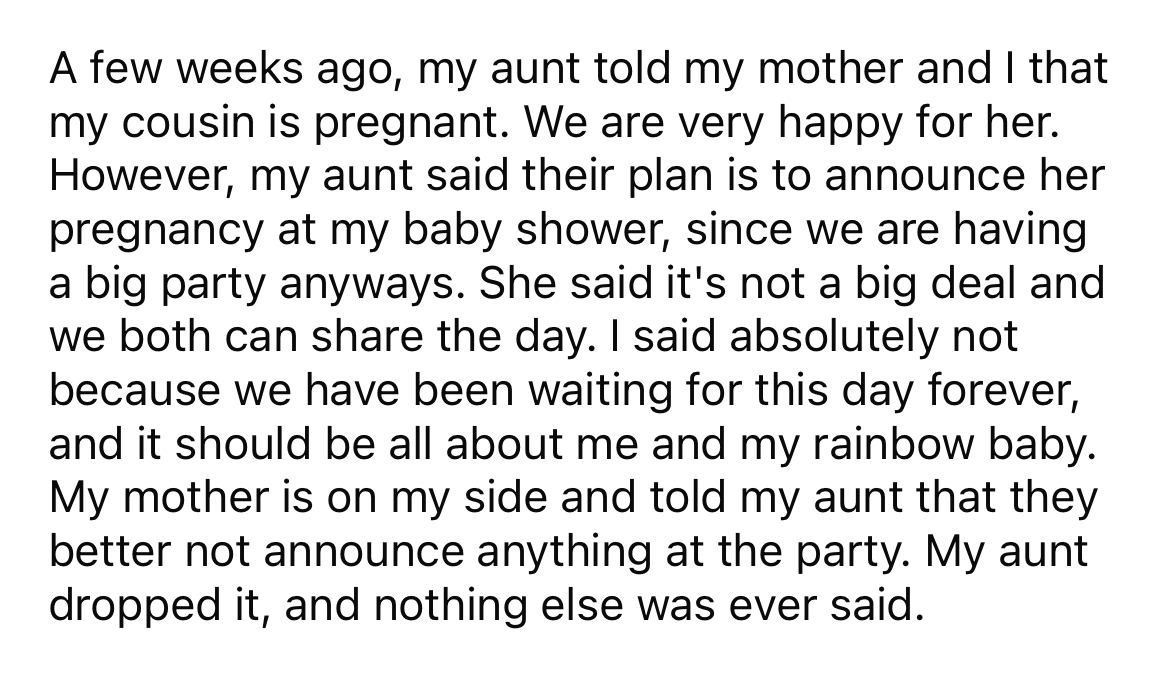 3. The baby shower got really messy with all the screaming. 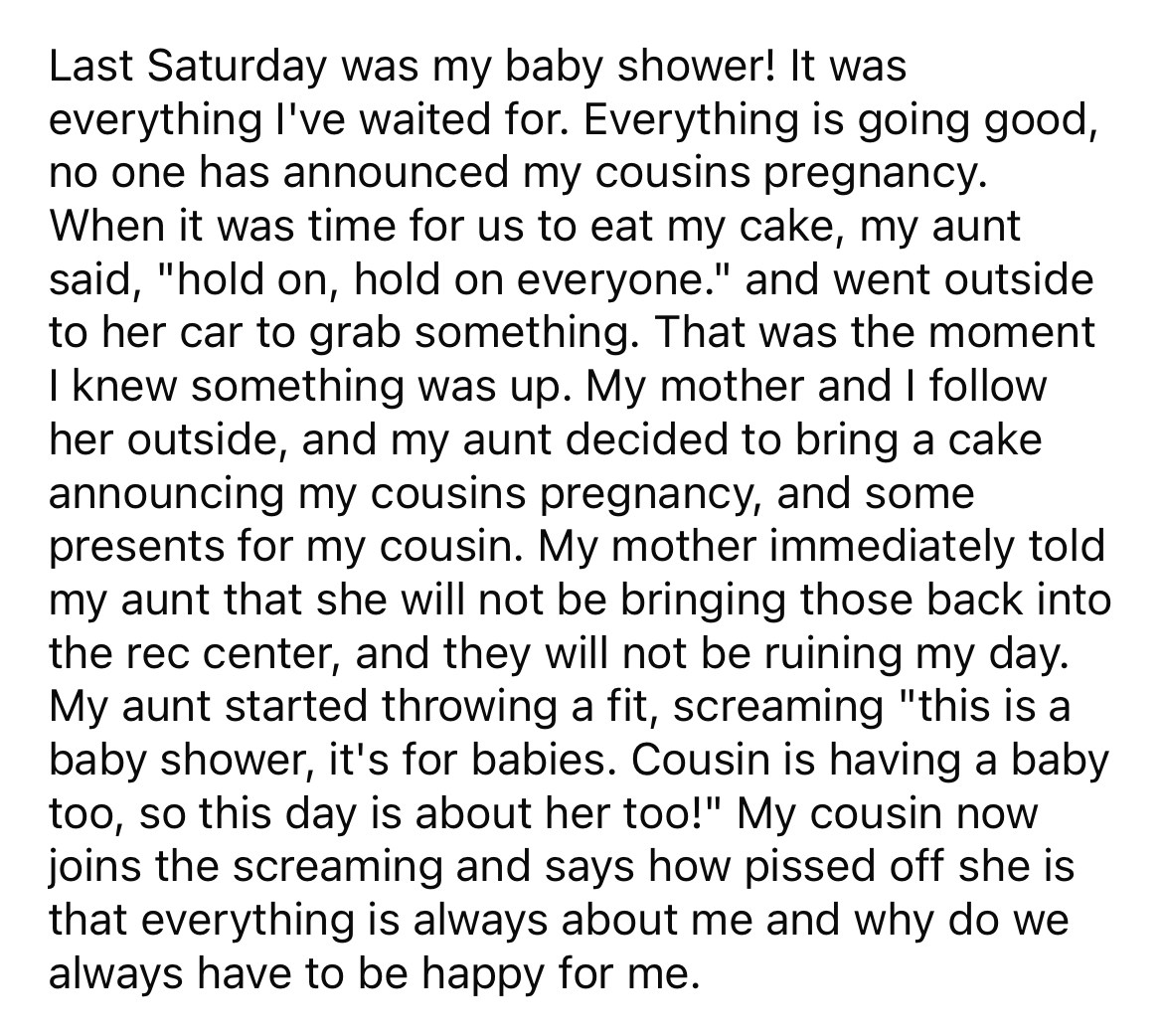 4. The mother-to-be states her frustration with this situation. 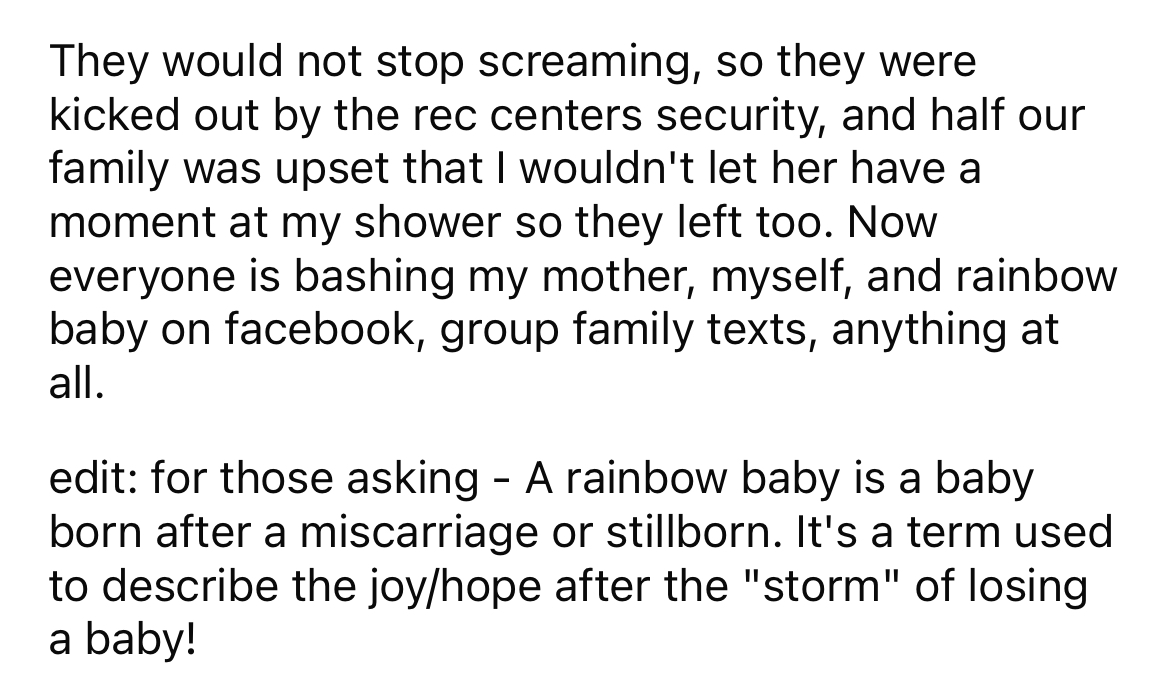 In my opinion, the aunt is just selfish and entitled. She has no sense of boundaries and does not care if it is her niece’s special moment. She needs to come back down to Earth. 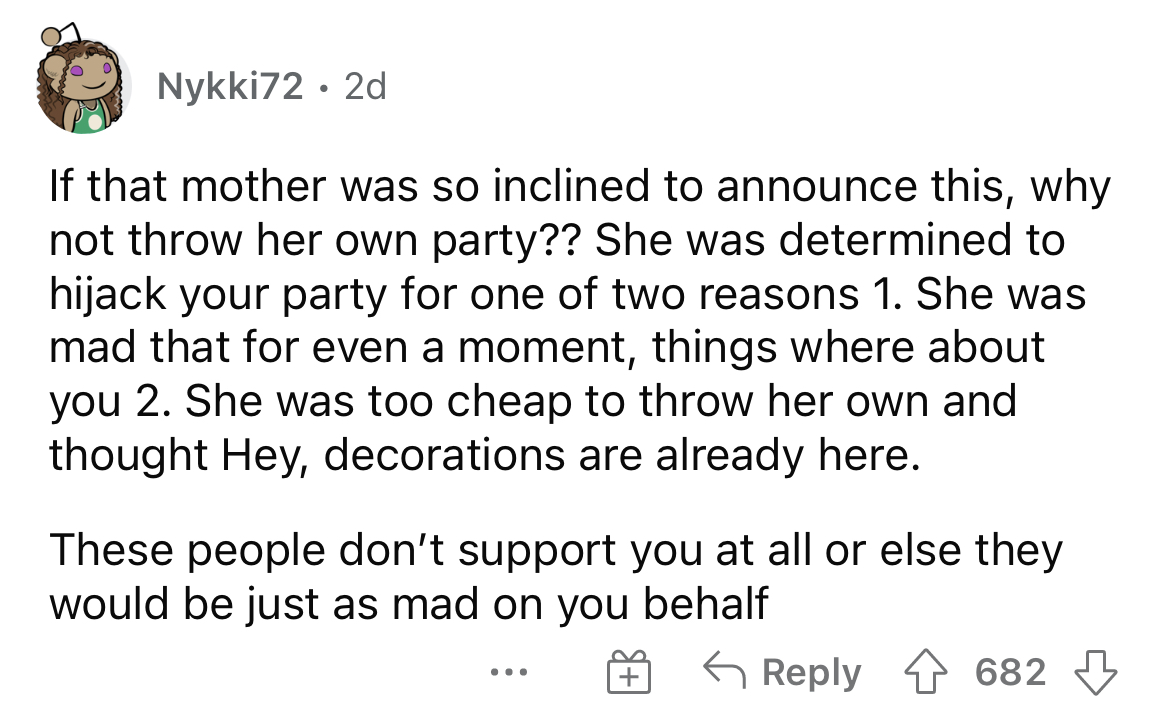 Do you think the woman was right for not allowing the aunt to announce her daughter’s pregnancy at the baby shower? Share your opinions with us in the comments below.