One number can make a huge difference.

Now I know you guys have received the most random messages from numbers you don’t know. The wrong number isn’t a new phenomenon. People often type in the wrong digit and it makes quite a lot of difference. Now if you are a normal person, unlike me, you would automatically know that the wrong text was a mistake and wasn’t met for you, and you would ignore it. Right? But those of you who are like me would make sure that the person who dialed in that wrong digit pays for it.

Out-of-context wrong numbers are often pretty baseless and boring but for those which are interesting, you do feel the need to meddle with it a little, get involved in the process. Now usually the wrong number call is an easy scene, they recognize we have made a mistake and the conversation ends quickly. But on texts, it’s different. You can easily play along and create some really hilarious content.

Get that jaw therapy on because you are going to laugh a lot on these situations and that jaw might hurt.

Scroll down below to enjoy yourselves!

1. We all wanna know how Jake set it on fire AGAIN. 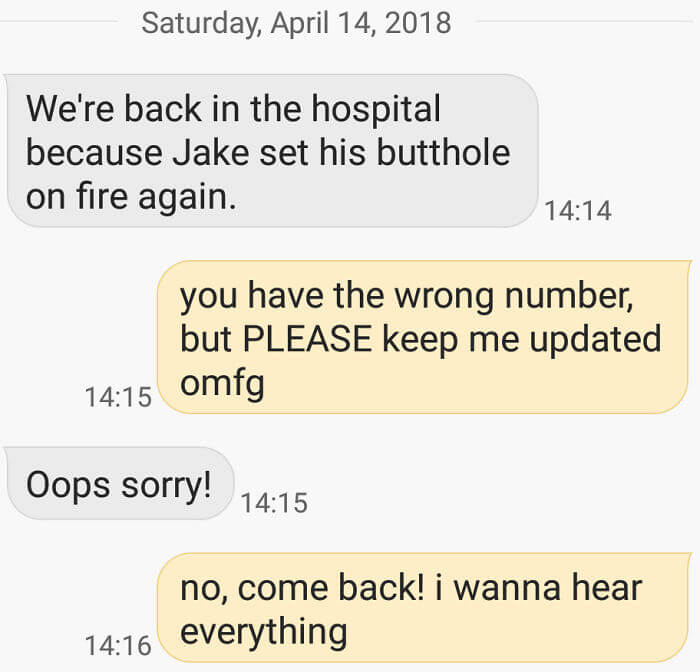 2. When you accidently find a match.

Imagine if they all hooked up based on a wrong number selfie. Would’ve been lit. 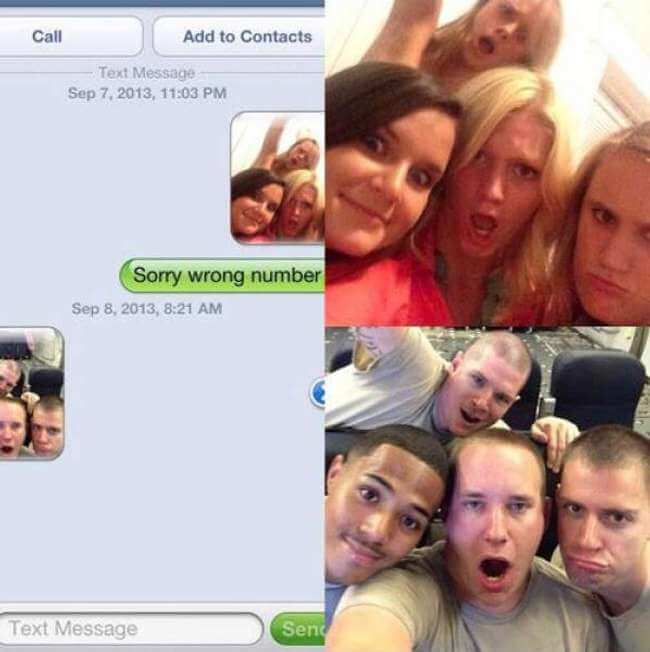 3. Now this is interesting… Shitting in a car, an original. 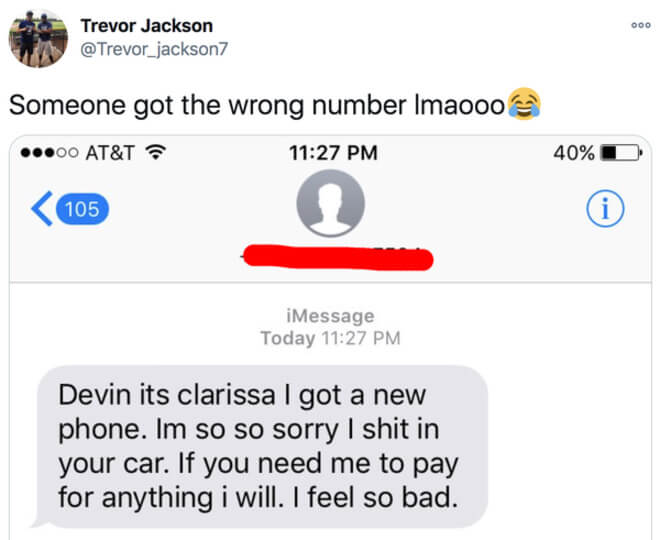 4. Thanks for the clarification but it means nothing because you got the wrong person, human. 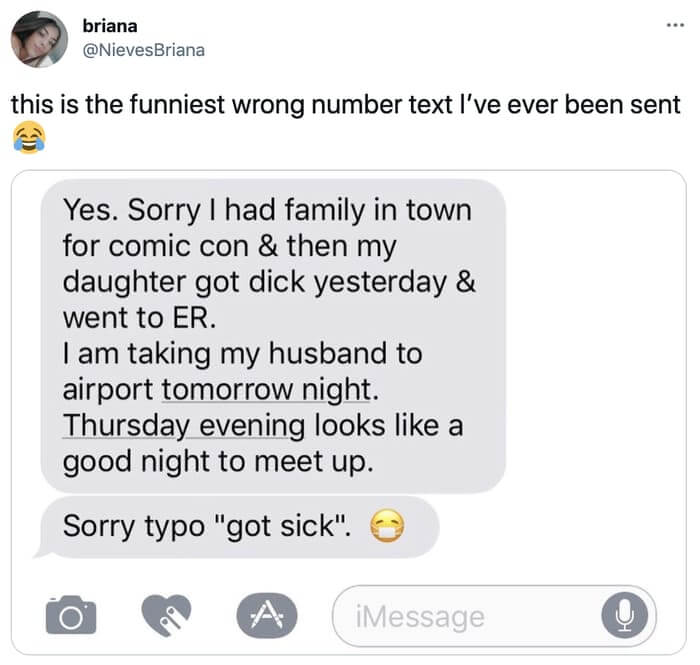 When you form a whole community by accident. 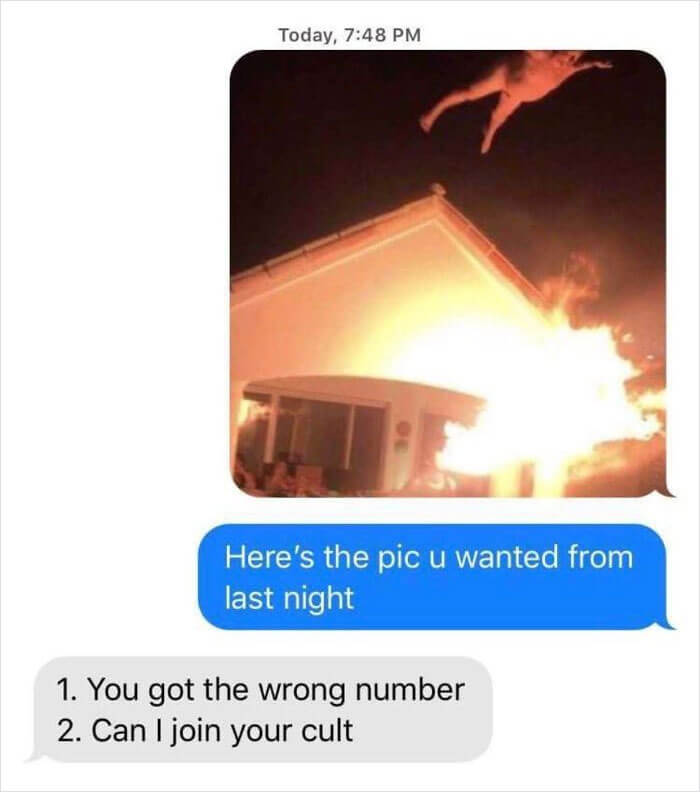 6. It’s all about appreciation and positive reinforcement. 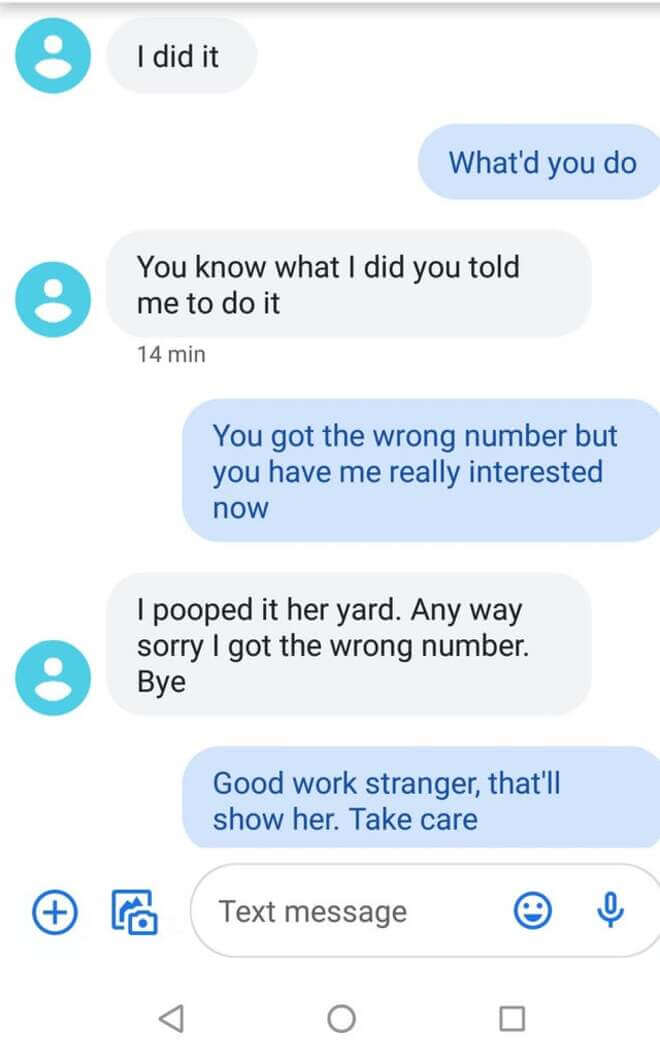 Got job you two.

7. Either this is planned or this person was too dumb to not realize they were being trolled. I am losing faith in humanity.

8. Plays rick rolled in the background and cries to it until life ends. 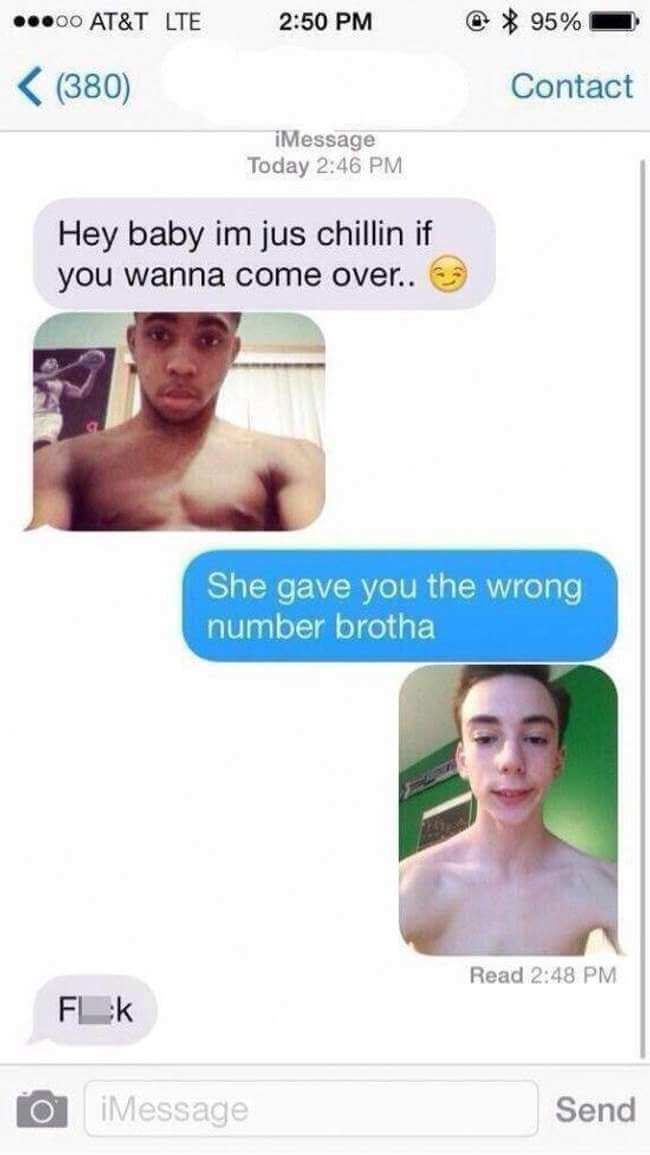 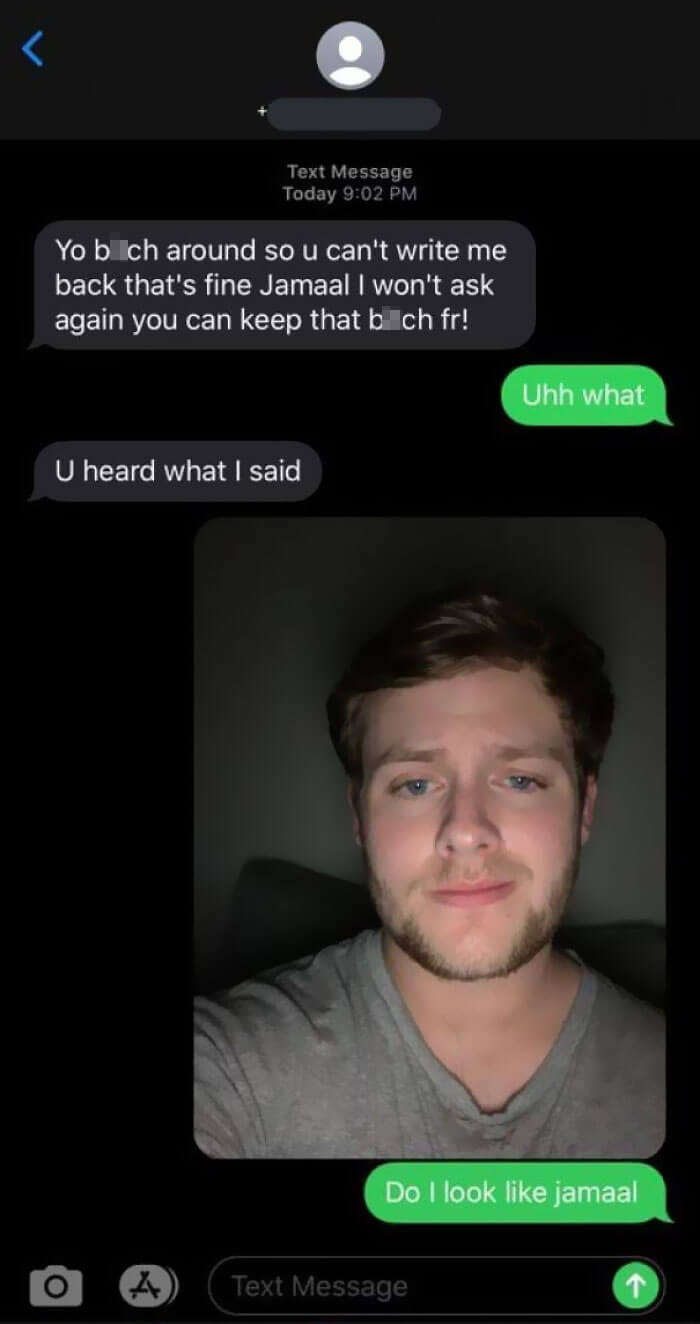 Just absolutely shut the whole center down. A little on the racist side, but what the heck.

Now, this is some top-quality humor. I mean what’s the fun in ignoring a wrong number text right when you can do so much with it. Thankfully I have been saved from this so far and I know I have just jinxed it. What about you guys? Any victims of wrong number texts in here?

10. Paige did you know good but also did you good. This is amazing. 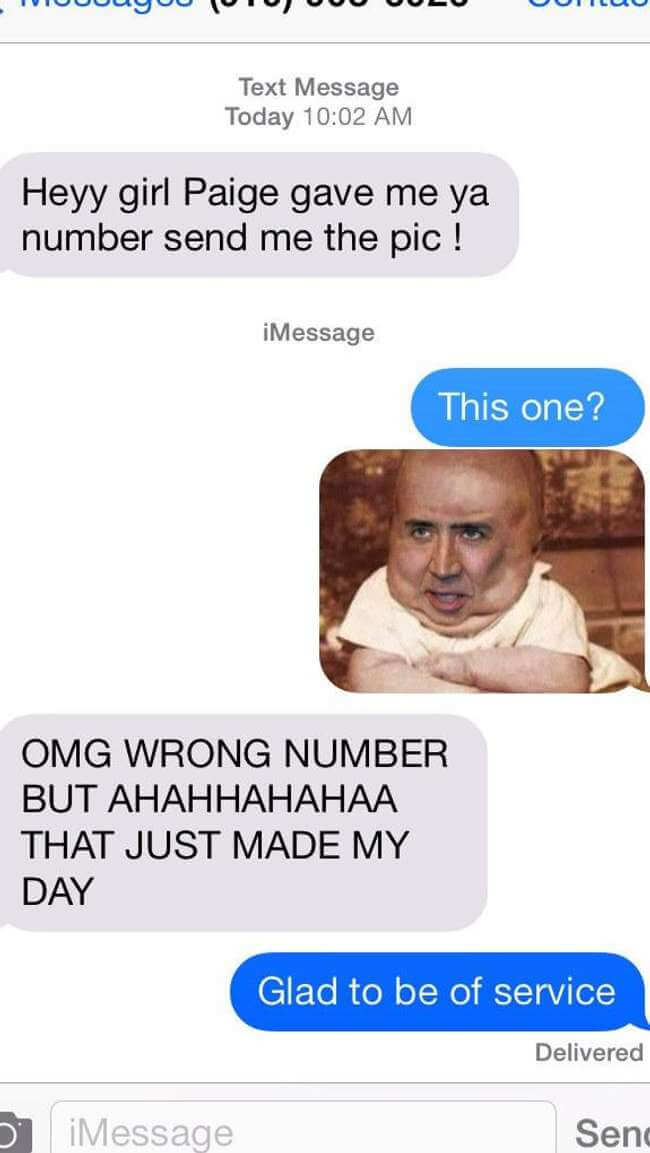 11. George’s ass definitely requires some weekly-basis beating in order for senses to return in. 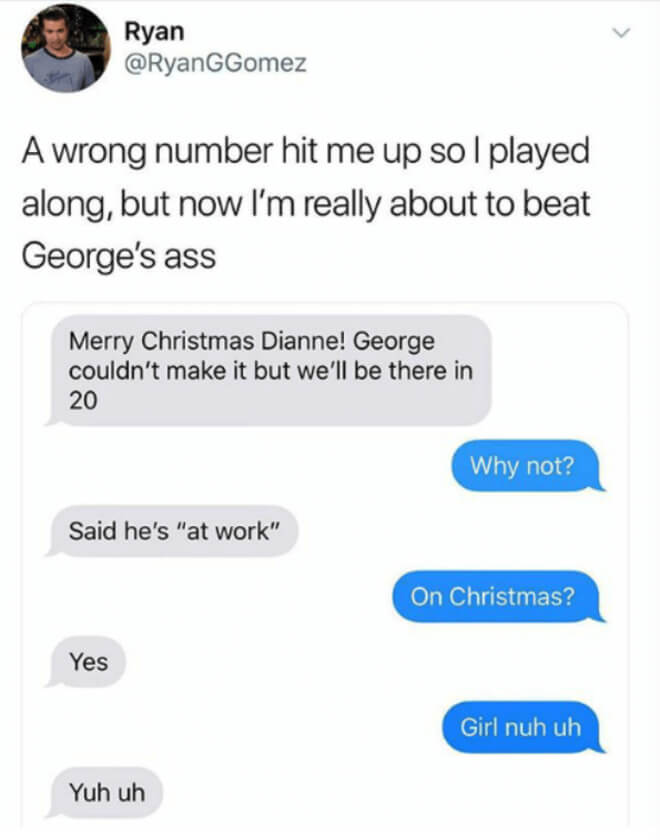 12. Those who have felt the pain will always be part of the pain. 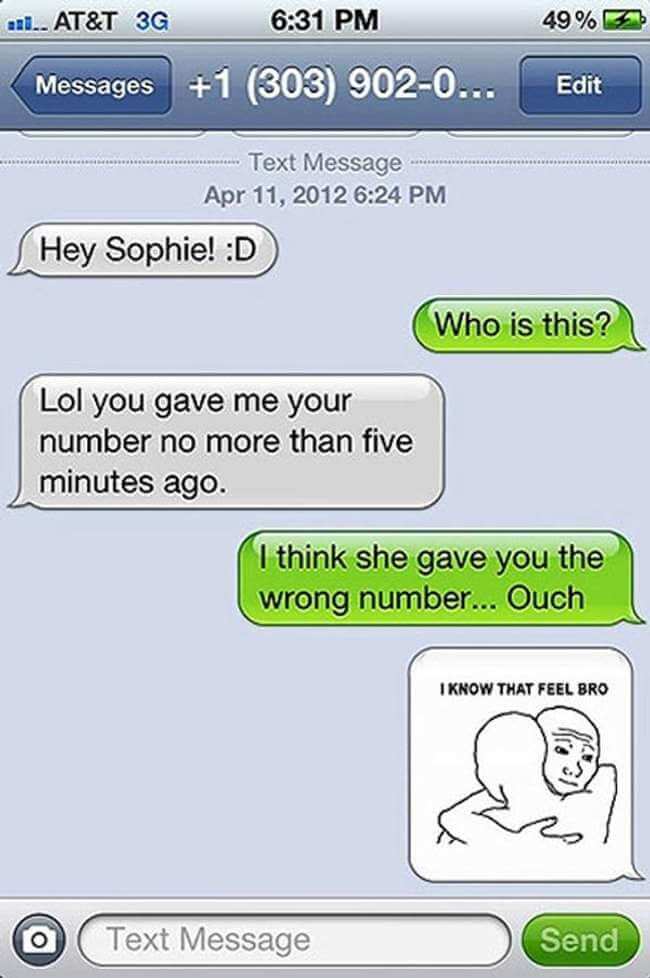 13. How to deal with a wrong number the proper way. 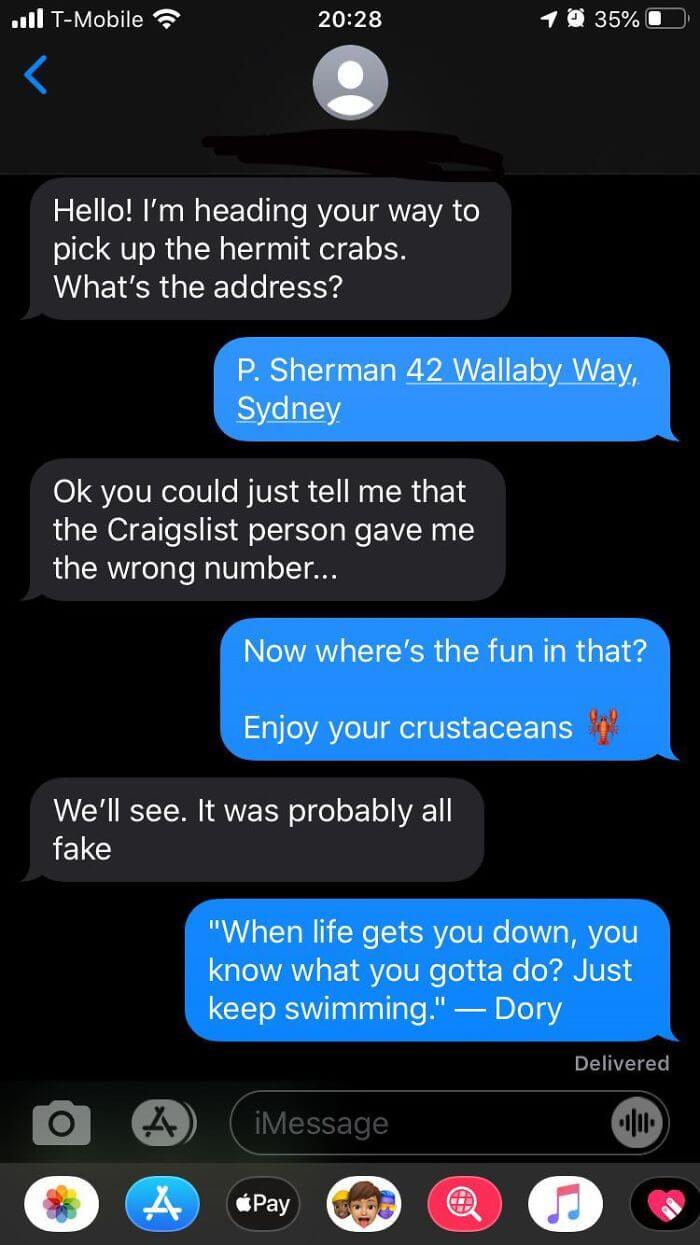 14. I would like to know how grapes and warning were associated by this person. I would really like to. 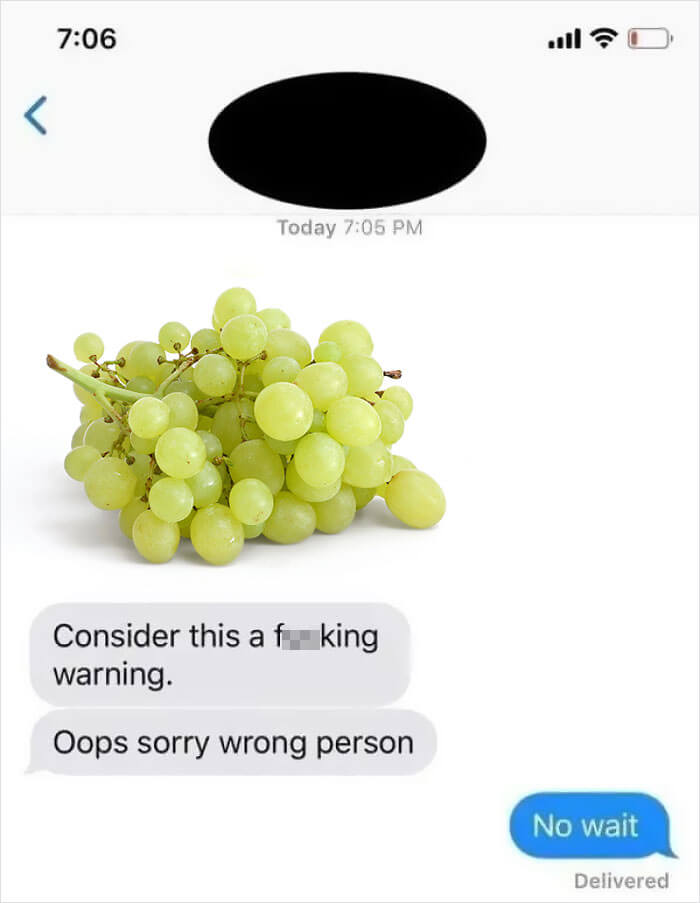 16. You can’t be giving heart attacks to wrong numbers like that, man! 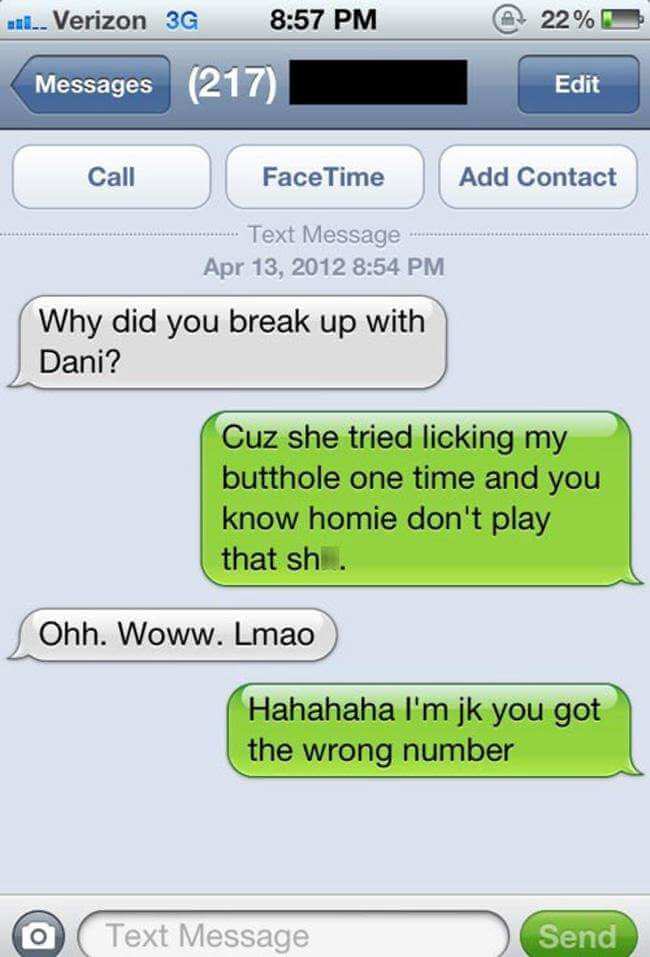 17. What religion is this? I am seriously intrigued.

What on Earth is wrong with our planet and planet members? 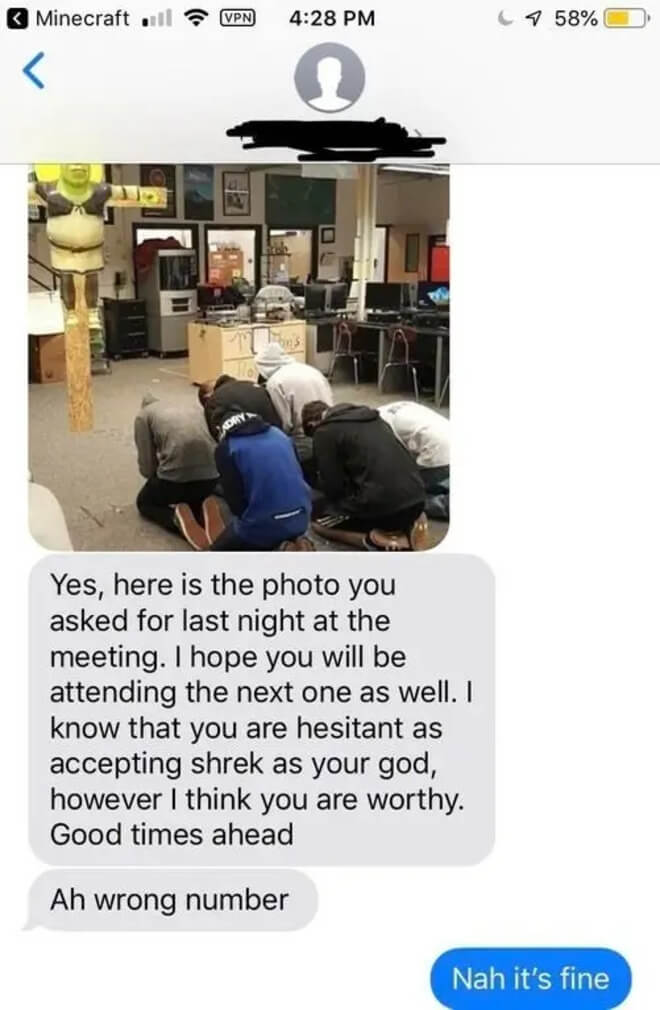 18. When her name rhymes with Mario. 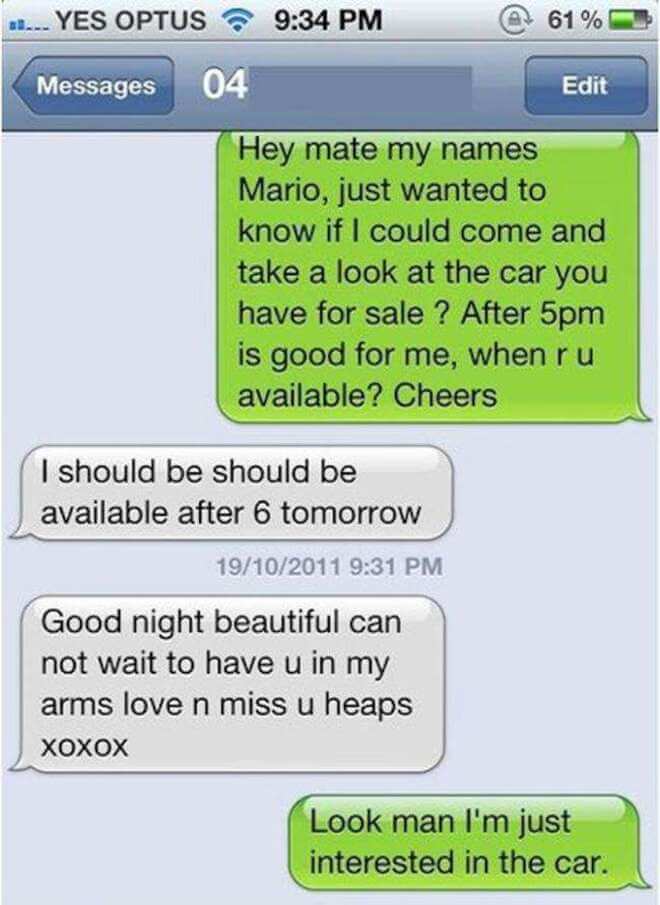 19. Great way to identify someone, “The one who swims”

What a great required, would definitely filter billions out to get to just the person you were looking for.