These 3 abandoned babies found shelter with each other.

It’s always amazing to see when a different species of animals adopt a totally different species of animals. This is one of the most wholesome ways in which mother nature works. People often associate violence when they refer to ”animalistic instincts” but in reality, animals are not always violent, Yes! if you disturb their habitat or threaten them they’ll always act accordingly but most of the time, they’re very calm and sometimes really really caring towards other animals in need. They’re emotional beings too and they can muster up love just like us humans for one another. We often see cats adopting little kittens that aren’t their’s or elderly dogs taking care of pups or older dogs around them. But sometimes we see some really strange pairing of animals bringing hospitality and shelter to other species, for example, most of us are familiar with the chicken that adopted a cat or when goats get along with doggos. But this isn’t about either of those animals as for today, we bring you the story of how an abandoned baby fox came to found a beautiful family with two orphaned badgers. A very unlikely pairing but it worked. 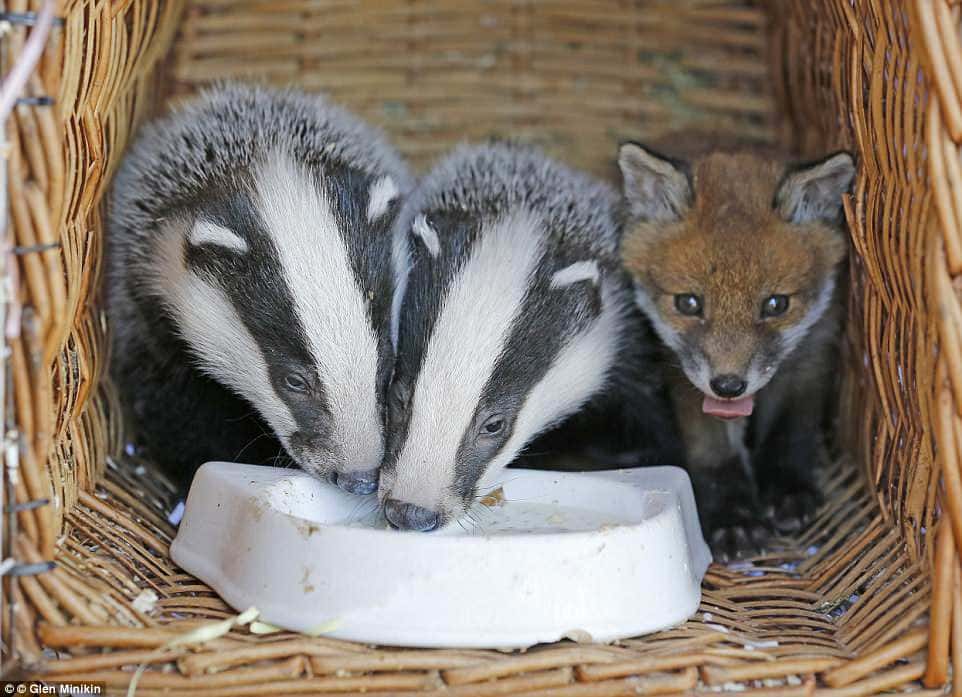 Phoebe, A baby fox was abandoned by its blood family and had nowhere to go. Phoebe was found in a cardboard box in Leeds. She was distressed and you can see how she’s trying to bottle up her emotions, the poor baby looks so sad. You can’t even imagine what this tiny fox must be going through at this time. Her face says it all. 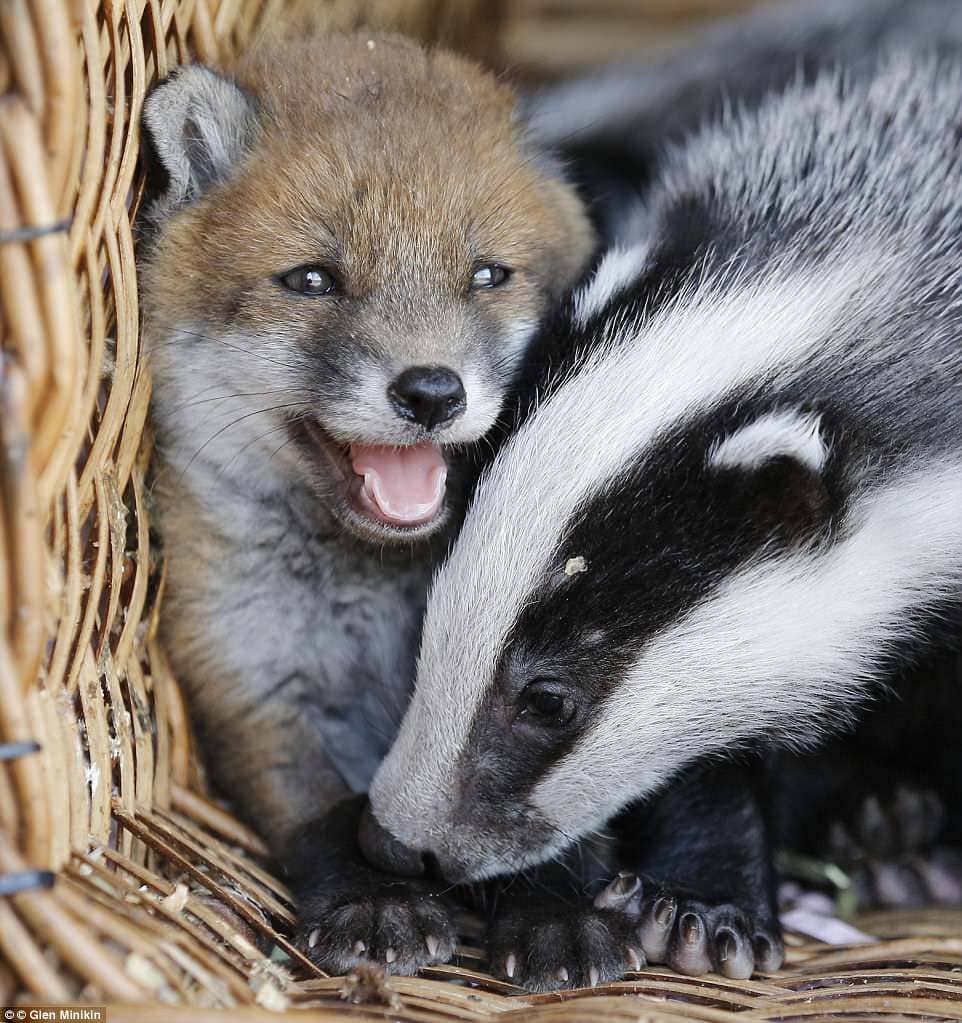 Just like our tiny abandoned fox here, in Meltham, West Yorkshire, two baby badgers were spotted who were abandoned too and they had no place to go. So along with the tiny fox, these badgers were taken to Whitby Wildlife Sanctuary in North Yorkshire. 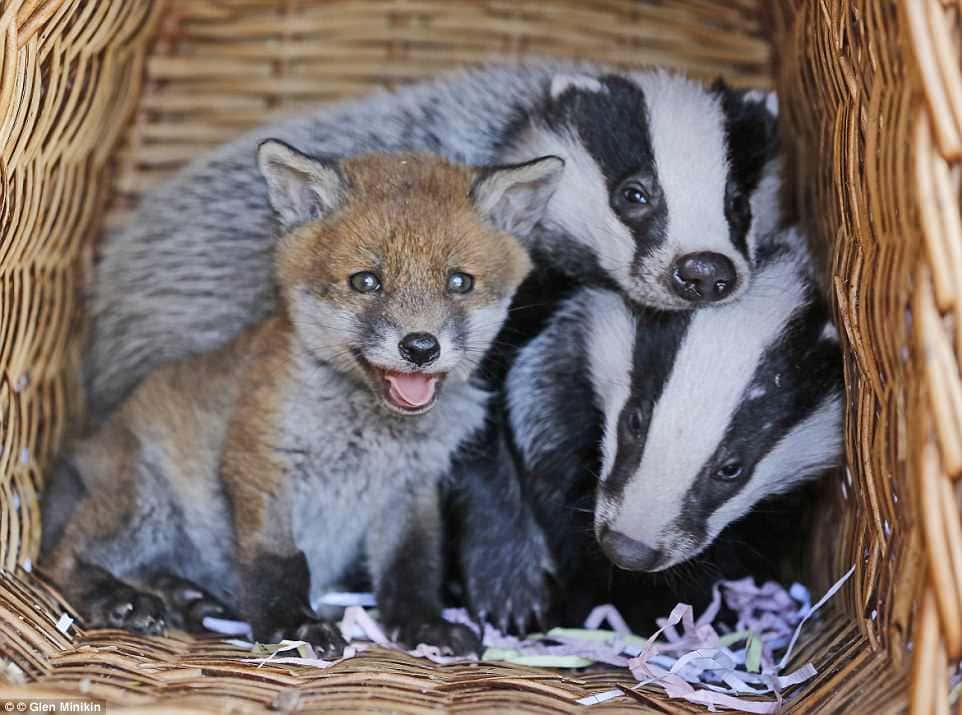 While taking refugees at the animal shelter, these babies couldn’t be paired up with an adult animal present at the spot as a little time passed, They were spotted treating each other like family. Now it’s often regarded that badgers and foxes don’t get along very well, but these babies were all set up like a family in Phoebe’s cardboard box, and by Phoebe’s face, you can see how happy she was to have her baby badger brothers over. 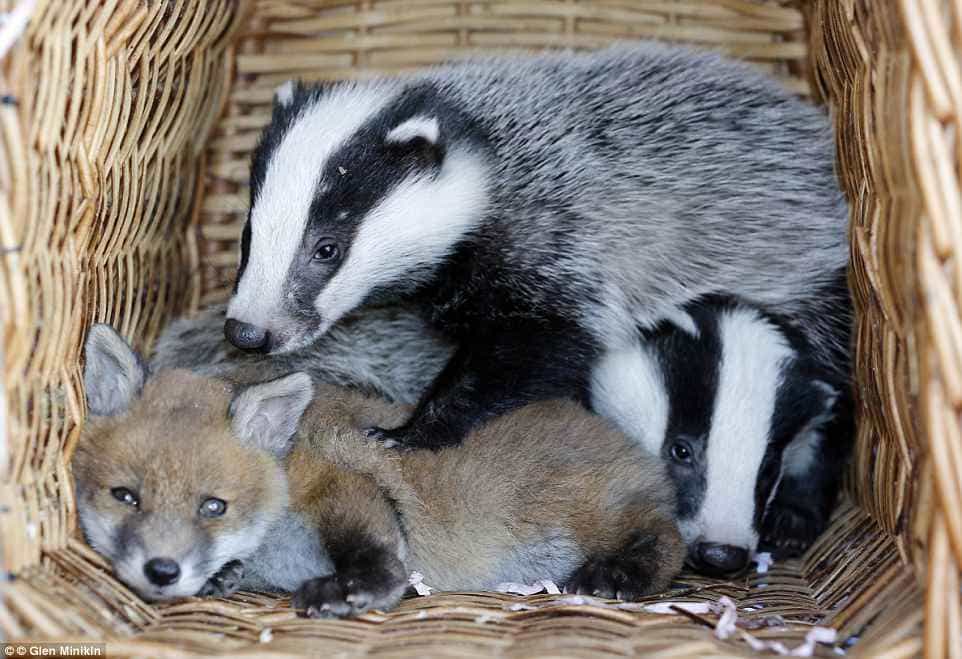 “Foxes and badgers would never mix in the wild, in fact, they tend to keep out of each other’s way, But these three were wild animals without their mothers, all of a similar size and we thought we could place them together as long as we kept a close eye on them,” was stated by Alexandra Farmer, chief executive of Whitby Wildlife Sanctuary. 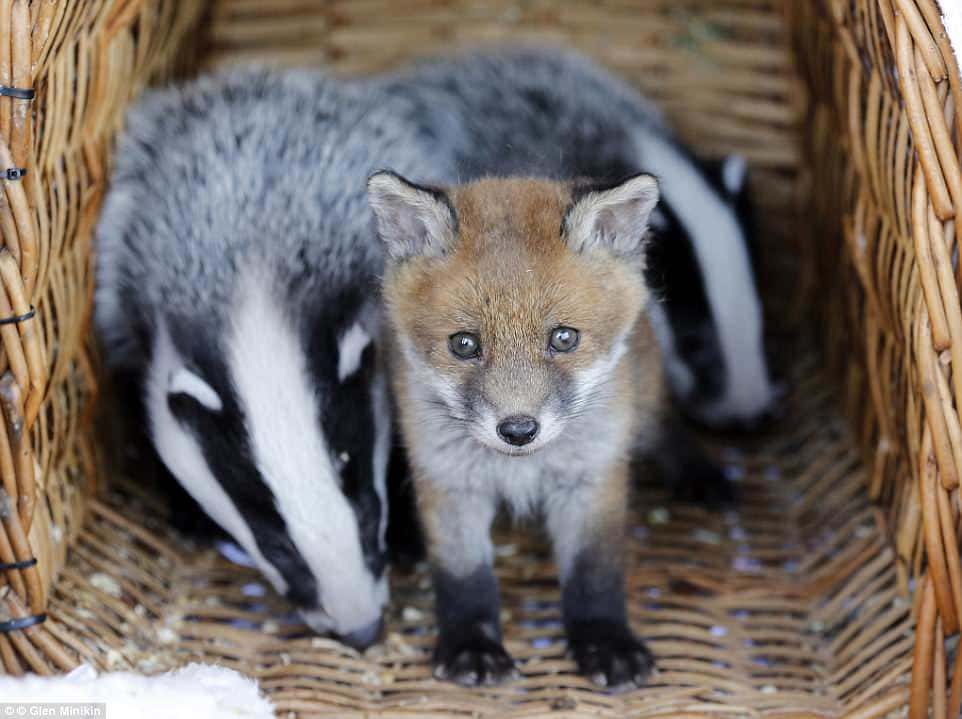 With that, we conclude this story. It’s great to see these babies finally found a family with one another. Let us know your opinion on this story in the comment section below.