When a person spends years bringing up their pet kitty, it means nothing less than a child to them. The bond they both share makes them both feel secure and loved. If ever away, the heart craves to reunite, that’s how beautiful a relationship with a pet kitty is. Cats often tend to run away for intervals of time to explore the outer world and they can’t help it, it’s something with the constant curiosity. At other times a kitty might also get lost or stolen, whatever the case might be this time spent away from the forever loved kitty is no less than an agony for its owner. If the time is prolonged, the world seems to be crumbling for the owner since their furry friend was no less than a child to them.

A similar incident took place when a woman Georgia Tsatsaris’s Birman cat got lost and didn’t come back for 10 years. Tsatsaris didn’t give up, kept in contact with the authorities, and longed for precious cat Mishka to come back. The woman had previously been living in Chadstone and she last saw her kitty in the outer enclosure of her residence when she left home for work. Later when she returned home the cat had disappeared. Heartbroken the owner looked for her everywhere but it took ten long years for her to reunite with her feline baby. 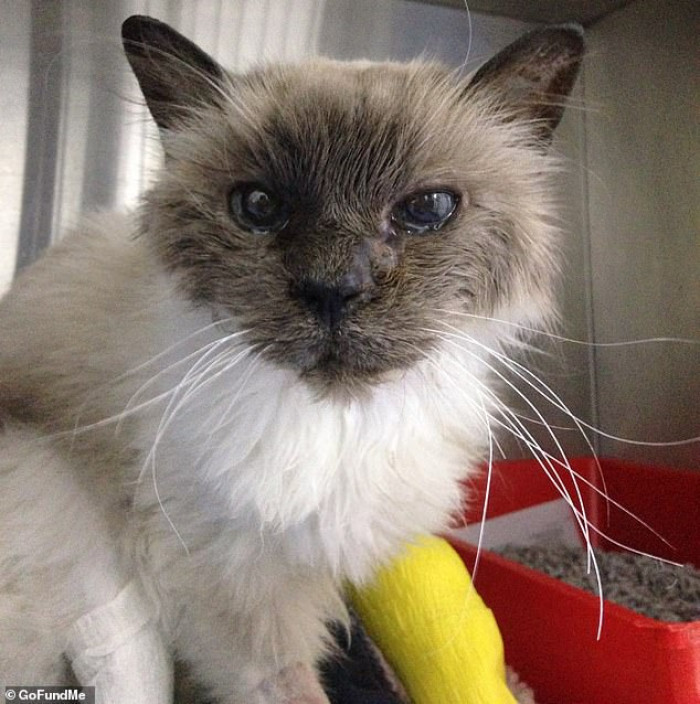 Tsatsaris’s beloved cat vanished in 2010, almost after ten years she received a call from the Peninsula Vet Referral Hospital that her cat had been found at a construction site. All this time the poor kitty had been roaming abandoned in Melbourne. In the meanwhile, Tsatsaris had also gotten divorced and had moved to Kringal which is twenty-five miles away from Chadstone. In short, both Tsatsaris and her furball Mishka went through a crucial time. 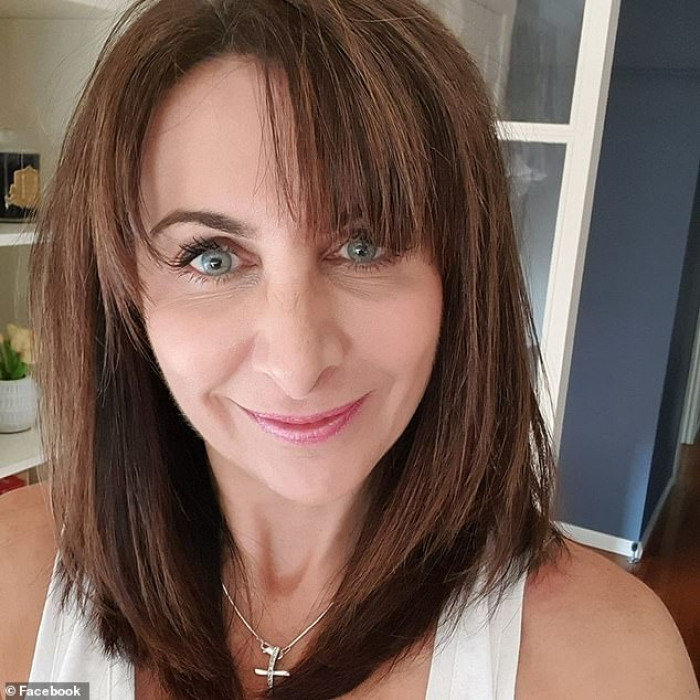 Mishka was rescued by a construction worker at the Port of Melbourne, after noticing that she is injured and sick. The construction worker had been seeing her stick around the site for quite some time, it was only then he was able to befriend Mishka and later was able to pet her. That’s when he noticed the injuries and hereby called for medical assistance, he instantly contacted the hospital. During her treatment, Mishka had been identified for her ID chip, the vet right away called the owner Tsatsaris.

Without further ado, Tsatsaris rushed to see if it was really Mishka who had been rescued since all these years apart she had lost the hope of seeing her beloved cat ever again. After meeting Mishka, she finally sighed in relief after a decade. Here’s what she had to say after meeting the kitty

“When I saw her looking so defeated and bony, I just broke down. She doesn’t look anything like she used to and I couldn’t even pick her up, she was so emaciated,”.

“I have no idea what she’s been through which breaks my heart but when I went to see her for the first time, I said her name and she let out a soft meow as she curled up to me and rubbed her face against my cheek.” 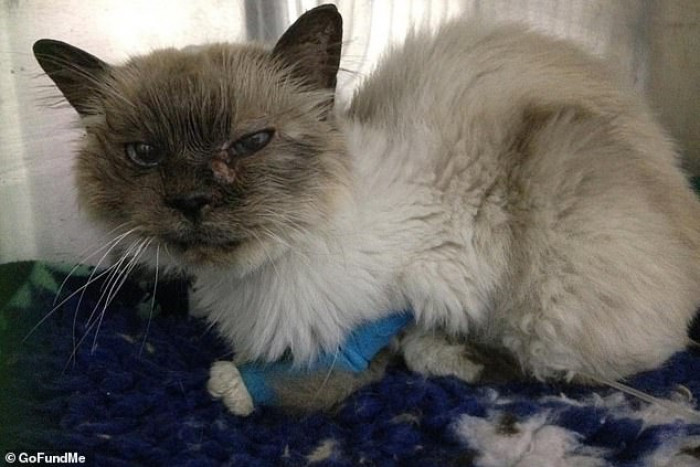 When Mishka was brought to the vet, she was severely injured and was suffering from an upper respiratory infection that had worsened over time. Furthermore, she was also dehydrated and was almost at the risk of losing her life.

Mishka’s condition called for extensive medical treatment and at that time it was difficult for Miss Tsatsaris to cover all the bills and afford the treatment as she had financially suffered during the pandemic pretty bad. 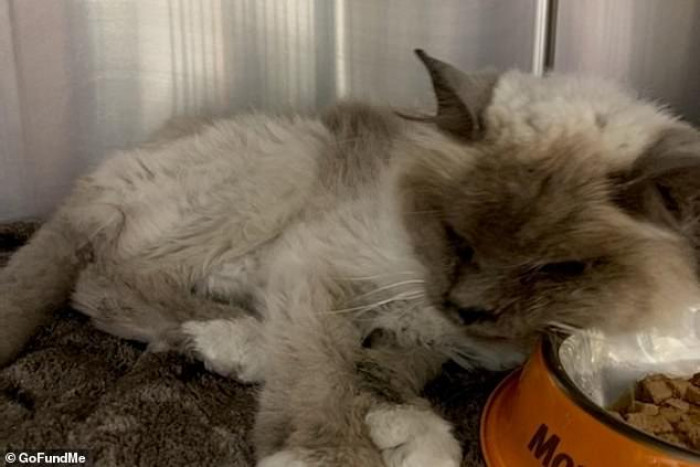 “She has been living on the streets for a very long time and now she requires 24-hour care to fight the infection and to gain weight to finally come back home. To live her remaining years in a warm, loving home. She’s been fighting to stay alive but each day she’s getting stronger.”

The desperation in her words is real! After all these years, reuniting with Mishka means the world to her. Let’s hope no pet parent has to go through such pain ever or see their pet in such a condition where it is hanging between life and death.

Have you ever come across such a story? Do let us know in the comments!