You’re going to find “nice guys” in every corner.

Nice guys is a term used for men who pretend to be very sweet at first but then show their true face as soon as they don’t get what they want. Basically, angry men that don’t like it when women don’t want them. How entitled can you be? I am sure at this point that every woman ever has met a nice guy at least once in her life. You’re just minding your own business and then you check your DMs and find a guy talking to himself, saying “hi” a million times and when you don’t reply, he just starts cursing at you, and you don’t reply to that either. It can be a hilarious experience but it can also be scary for some.

Nice guys are huge red flags and if you can detect it at the first meeting, run the other way. You’re dodging a huge bullet here. Women on Reddit were asked to share their best “nice guy” moments, and they delivered some ridiculous stories. We gathered some of our favourites. Scroll down below to read them:

1. Are you sure it wasn’t a serial killer instead of a nice guy? 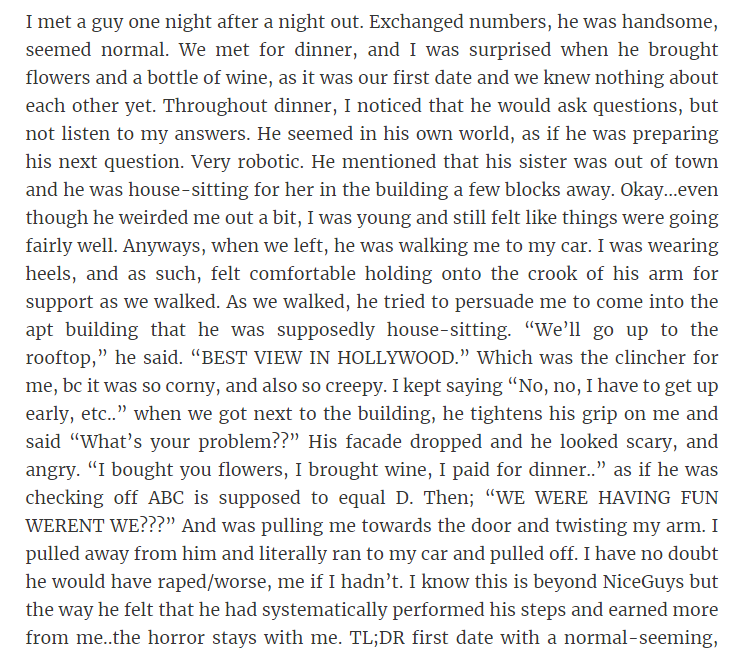 2. Time to call the police. 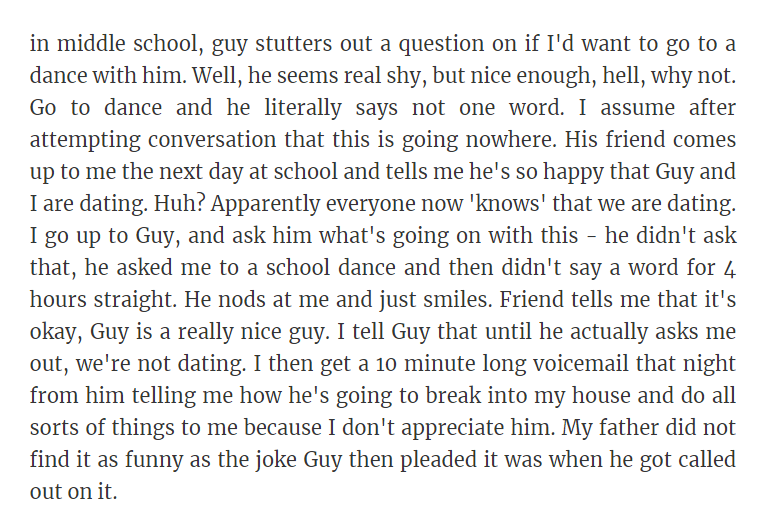 4. I get it, you want equality. But you’re not entitled to anything if you do something good for someone. 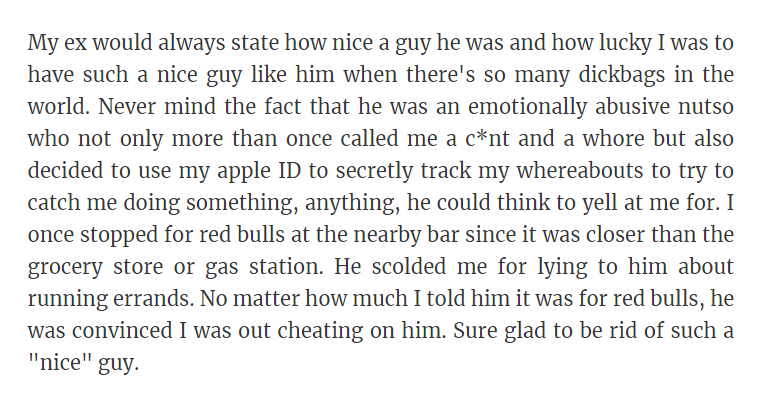 9. So having a dog and hiking makes you someone “real”

10. Props to the manager for banning him. 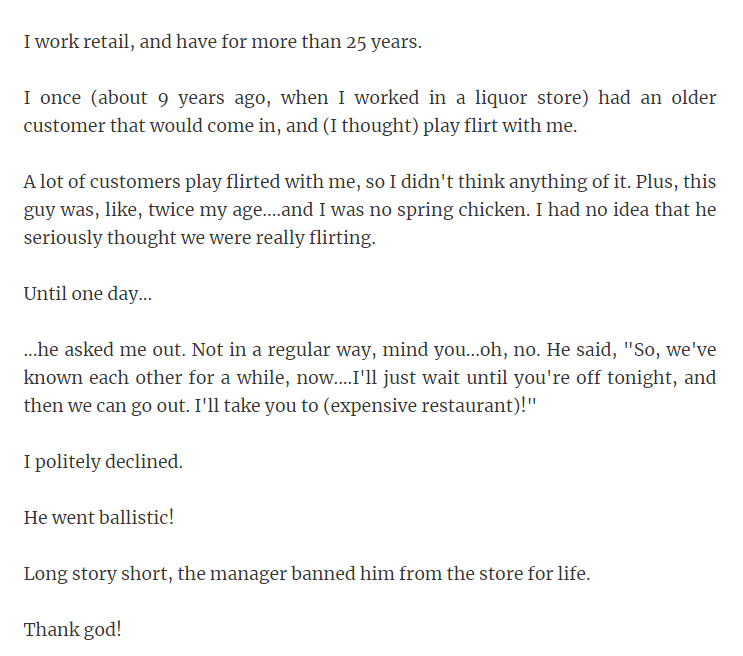 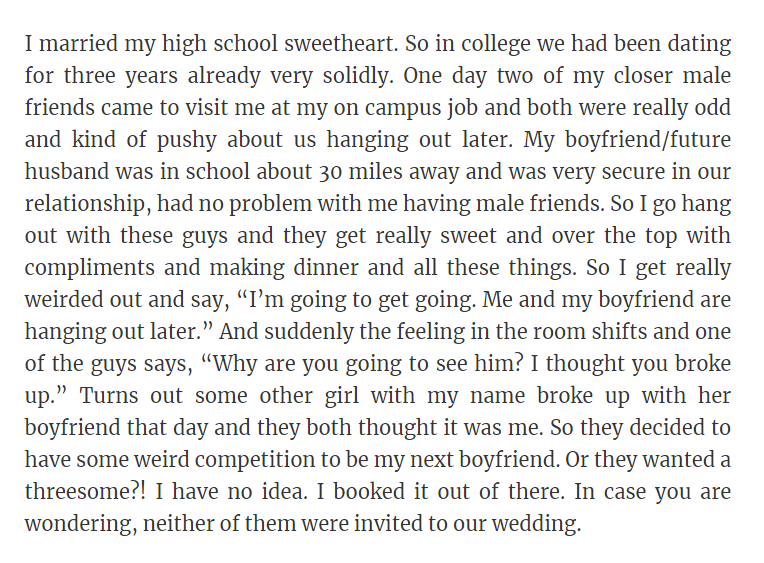 12. Unwanted touching can be really uncomfortable.

Wow, and I thought I had it bad when I saw weird DMs of men talking to themselves. These women must have felt so uncomfortable and even scared. Why can’t the world be a safe place for women? Why can’t men just actually be nice? What’s so difficult in that? It just baffles me that men can get so angry when they don’t get what they want. Please change if you’re like that and are reading this. And don’t think it’s over yet. We still have more nice guy stories. Yup, it never ends. Scroll down below to read the rest:

13. You can’t read this without the accent in your mind. 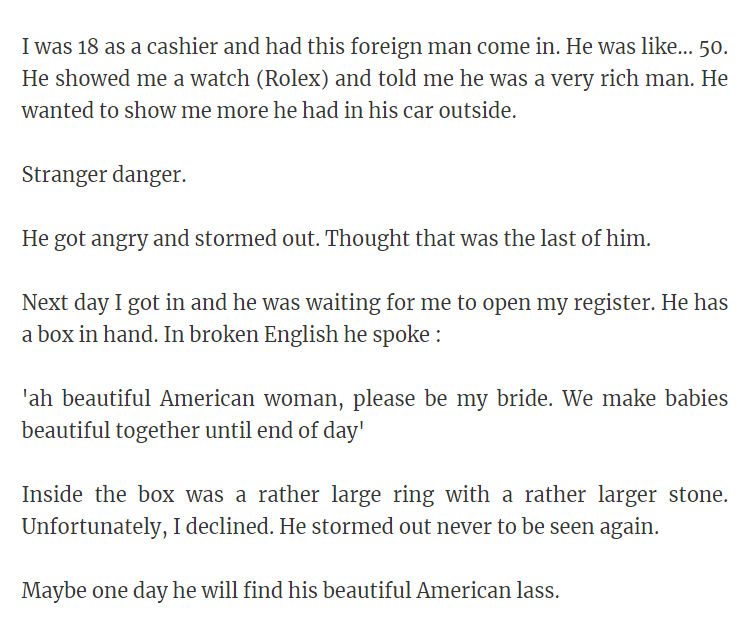 14. I don’t get what their definition of “leading me on” is. 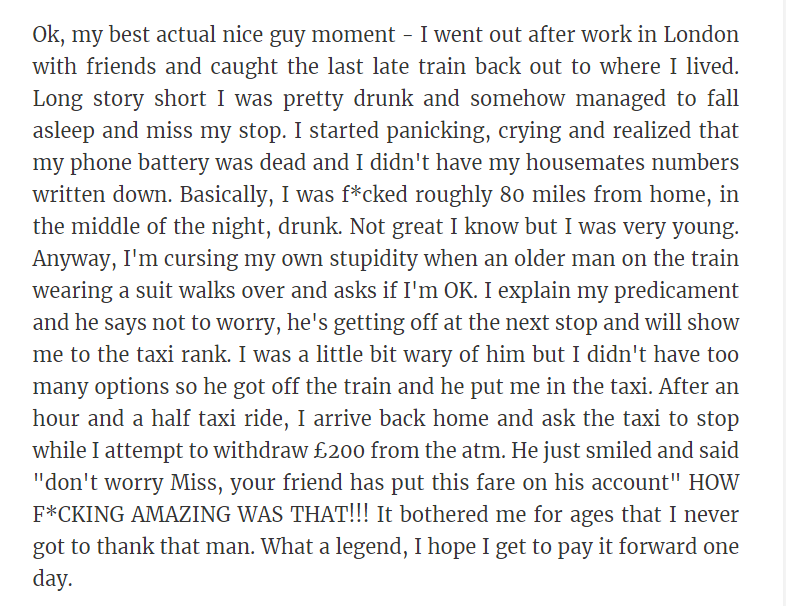 16. Even after 4 years, you still can’t say you know someone completely. 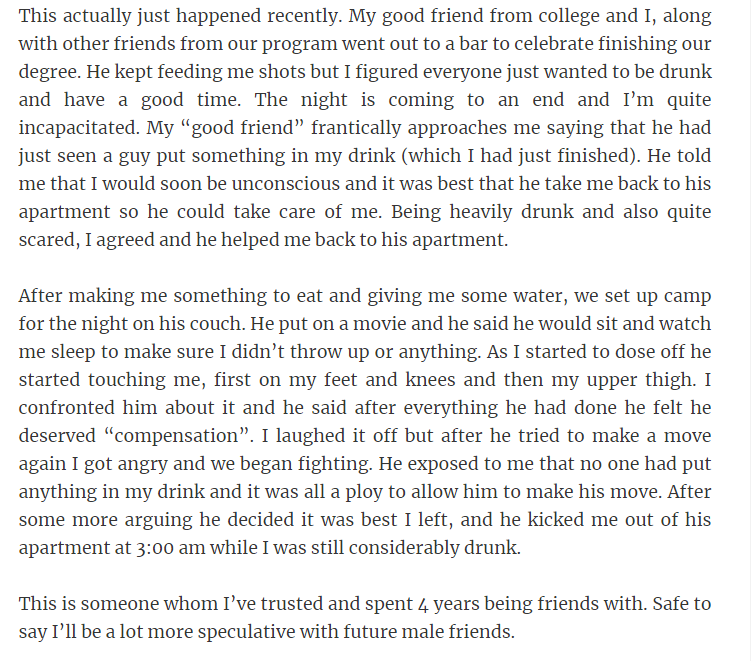 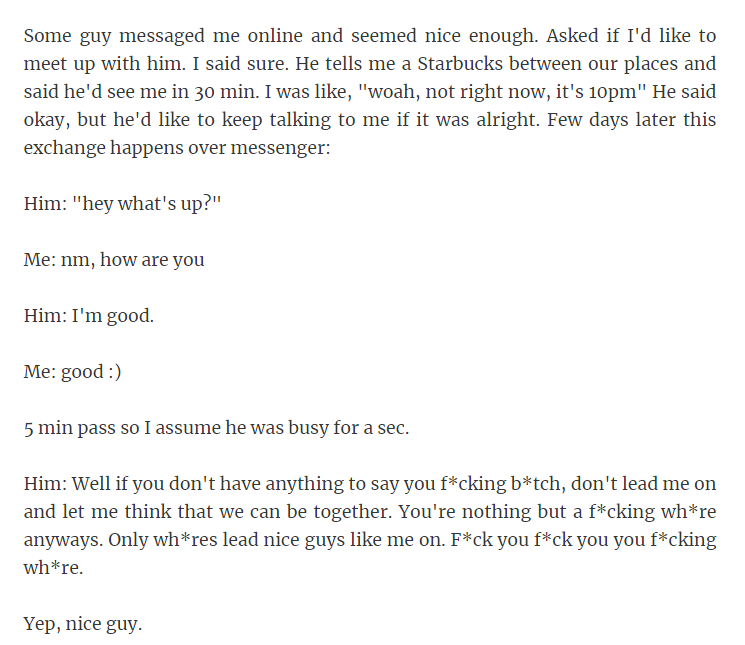 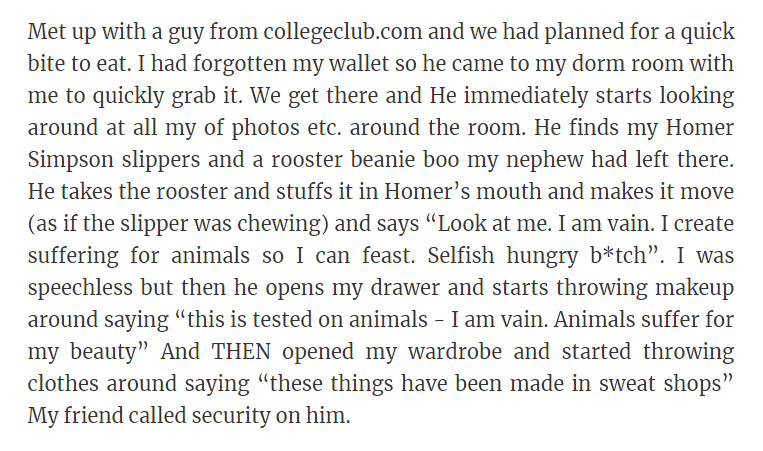 20. This is just disgraceful. 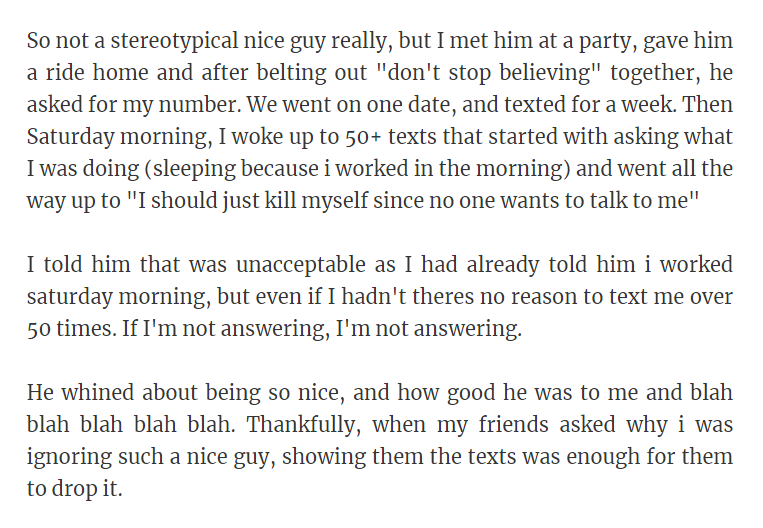 23. When they keep telling you they are “different”, they really aren’t. 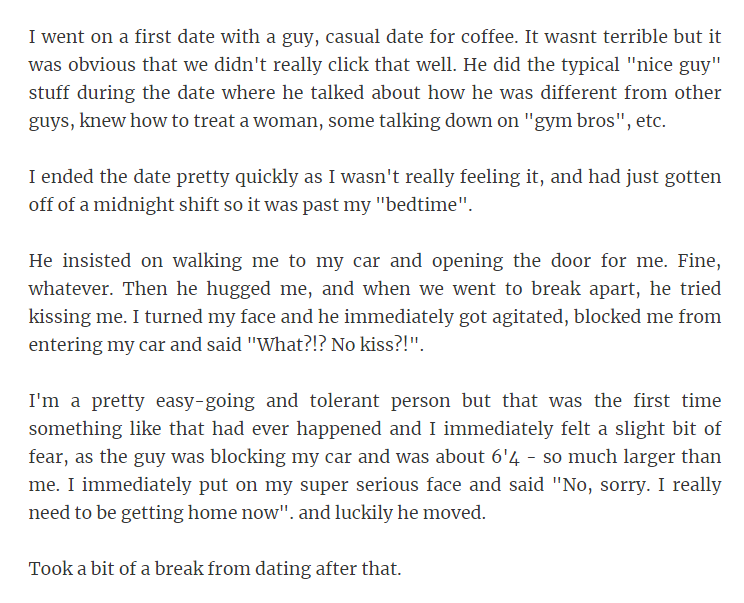 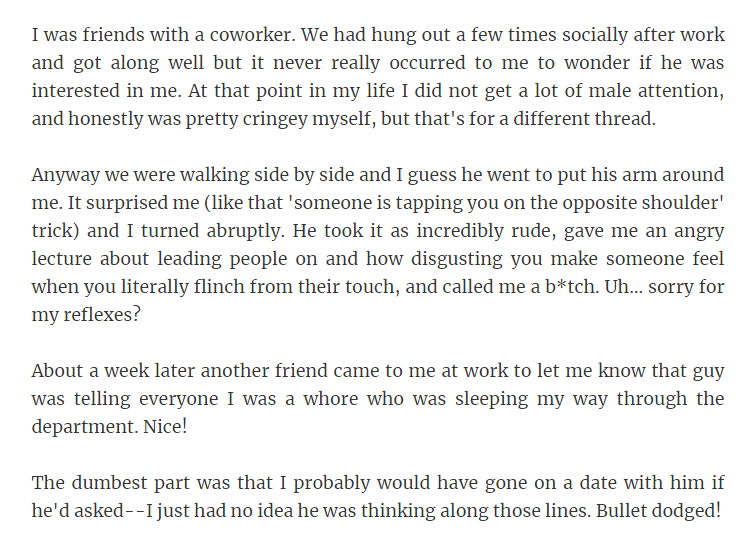 26. It should’ve ended at the cat-fishing but it didn’t. 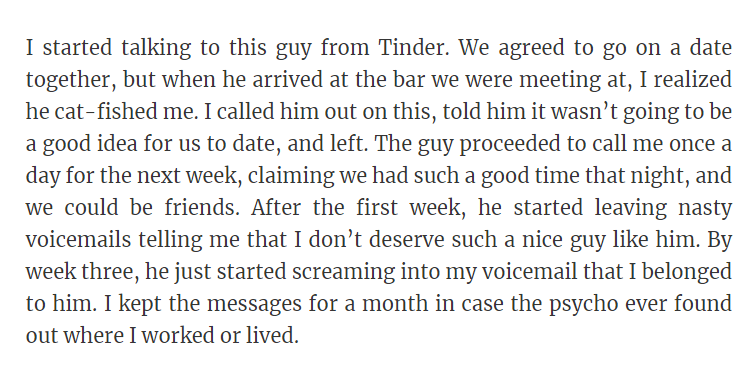 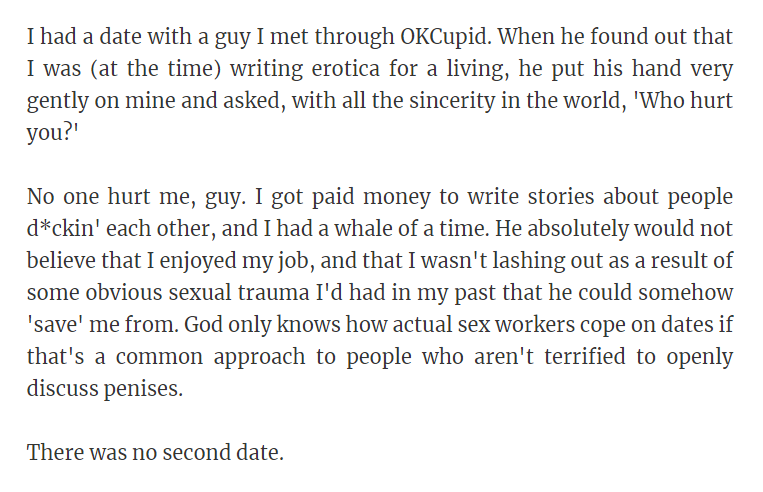 28. Wait, what? This made me laugh but also made me angry.

29. They create so much drama for nothing.

Have you ever met a nice guy? Share your own stories with us in the comments below!