You’ve probably seen more than enough “Beware of Dog” signs, either in real life or in movies. It’s a very real problem because sometimes people don’t know that there is a dog nearby and get mauled or hurt or sometimes worse. This isn’t a problem when the intruder is malicious somehow but what if it’s a nosey kid who simply didn’t know any better? That’s why these signs are around, and they play a very important role in the safety of the neighborhood.

Conversely, there also exists something called the “Beware of Cat” sign, which works far differently. Cats aren’t as brutal or vicious as dogs can be, especially big ones, and the worse a cat can do is leave you with pretty gnarly scratches. So any of these Beware of Cat signs, usually accompanies with a cat doing their usually derpy cat stuff, is used for hilarious effect. We can even show you some, in fact, that’s why you’re here! 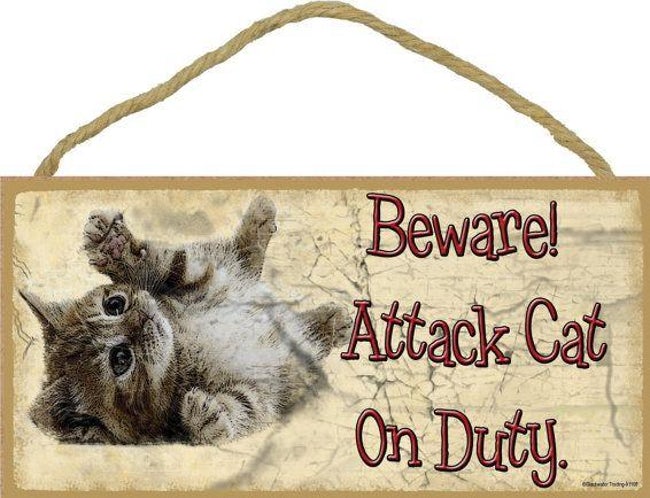 Cornell did some important research on this!

Aggression, defined as hostile or violent behavior intended to dominate or intimidate another individual, is a fairly common behavioral problem in cats. Its causes in cats can be complex, both in terms of triggers and targets, making it challenging to find strategies to eliminate aggressive feline behavior. 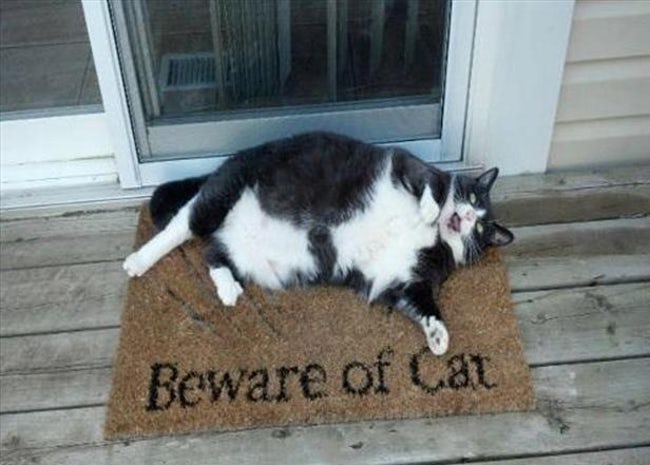 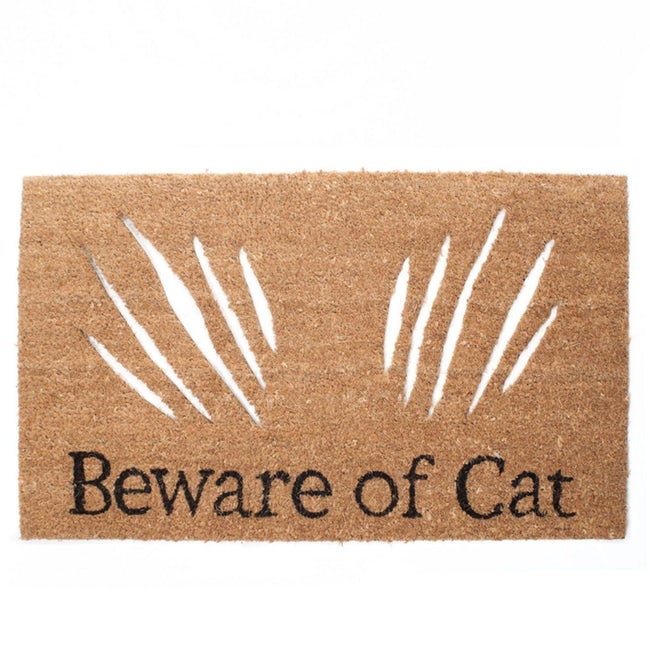 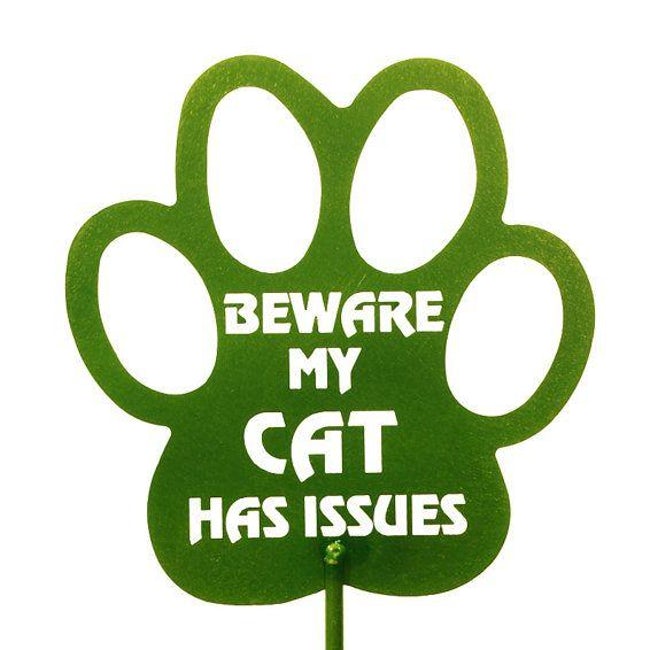 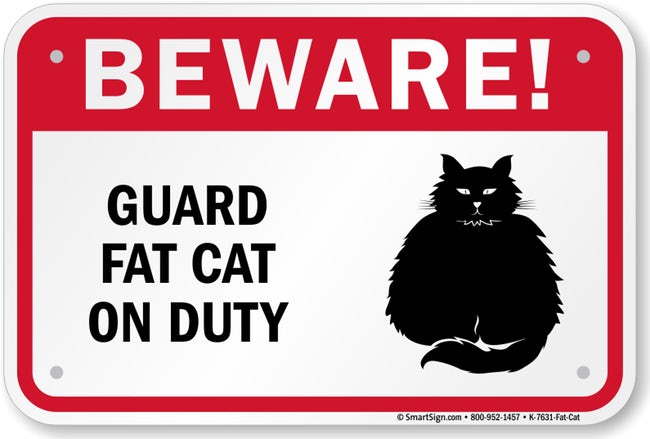 The consequences of aggressive behavior in cats can be significant, ranging from injuries to other cats and people to the surrender of aggressive cats to shelters. A recent study reported that 27 percent of cats relinquished to shelters for behavioral reasons were surrendered for aggression. Given these high stakes, it is important that cat owners understand the cause of their pet’s aggressive behavior in order to develop a plan to successfully intervene. 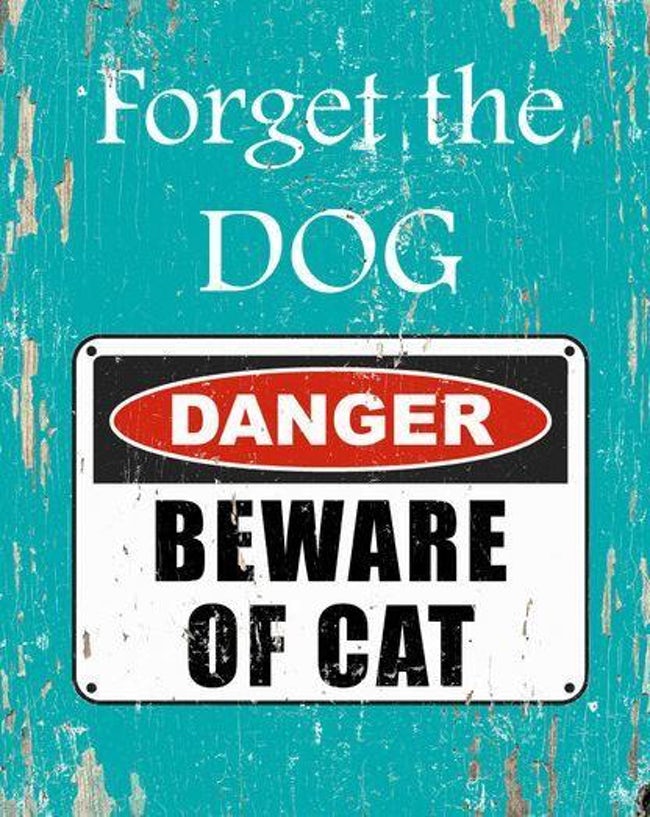 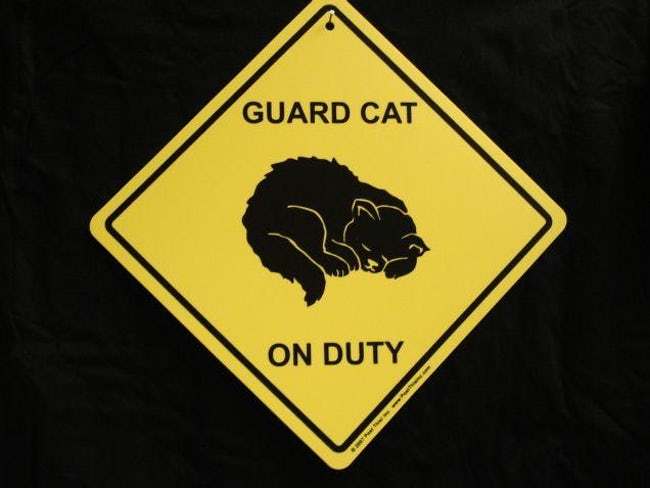 #8 Stare into his soul 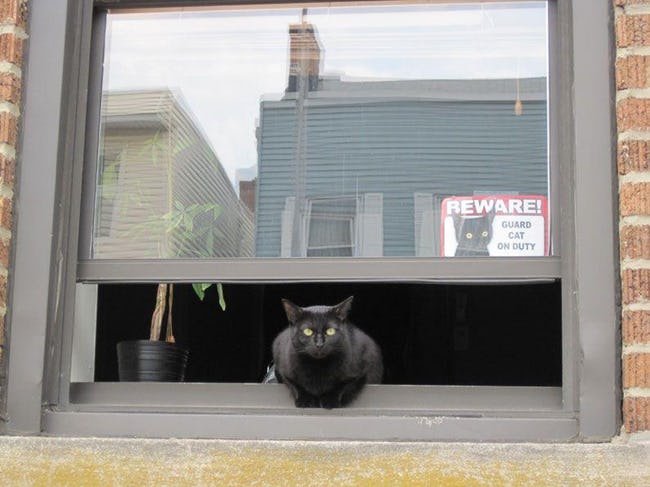 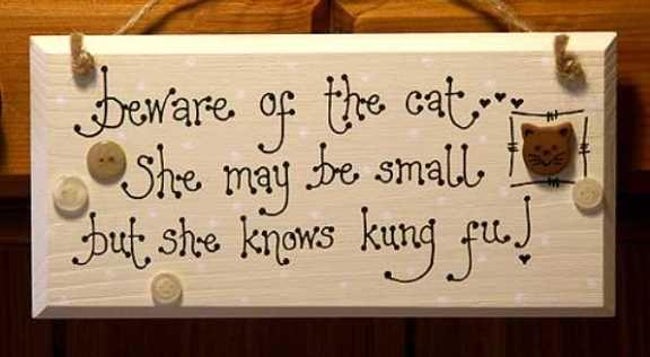 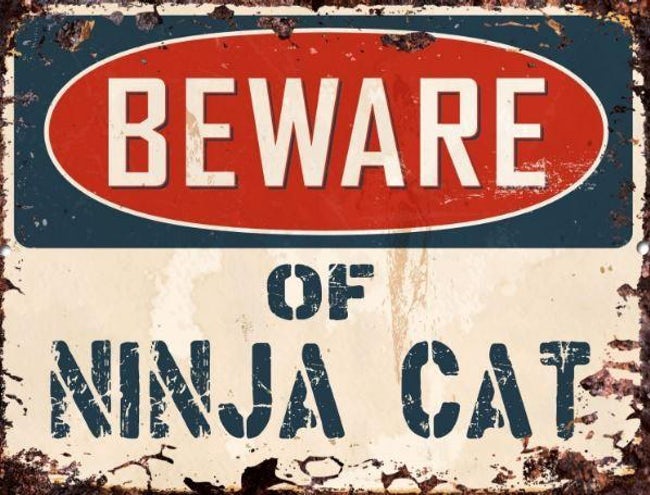 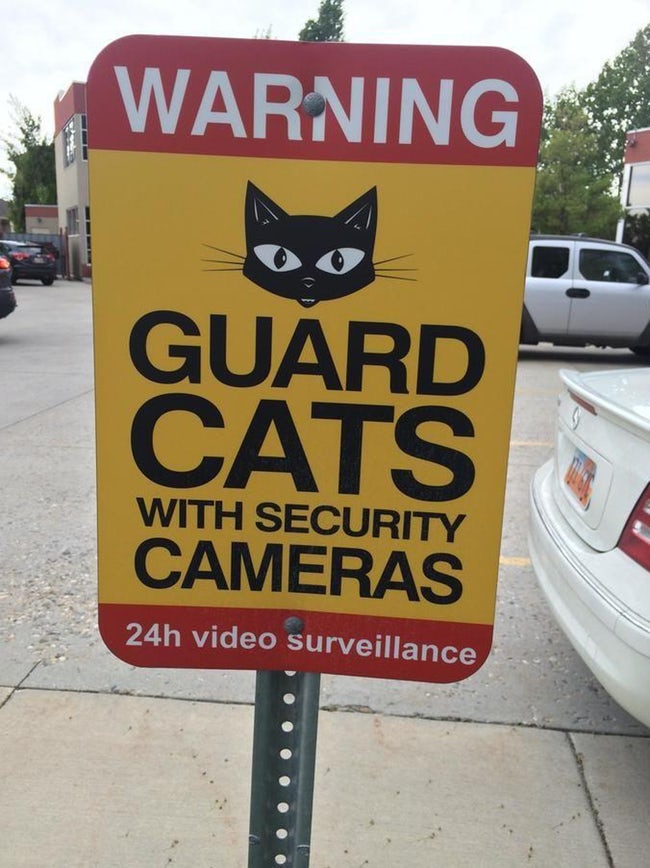 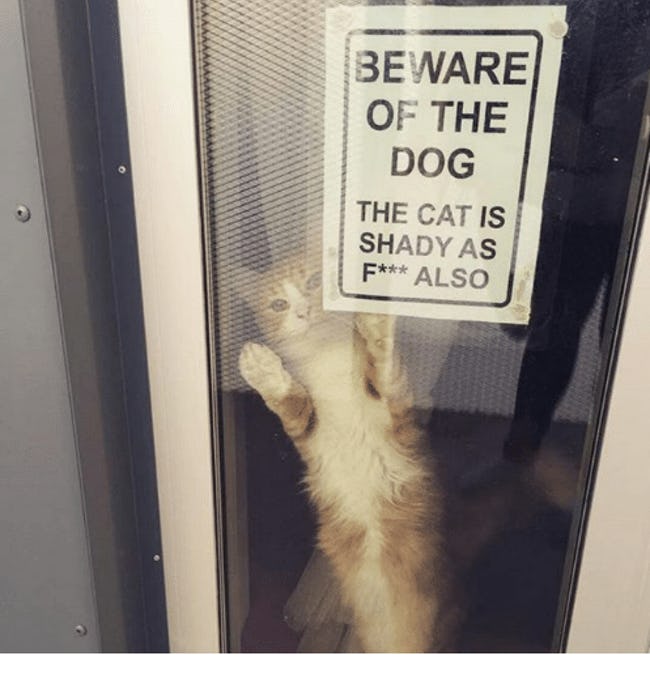 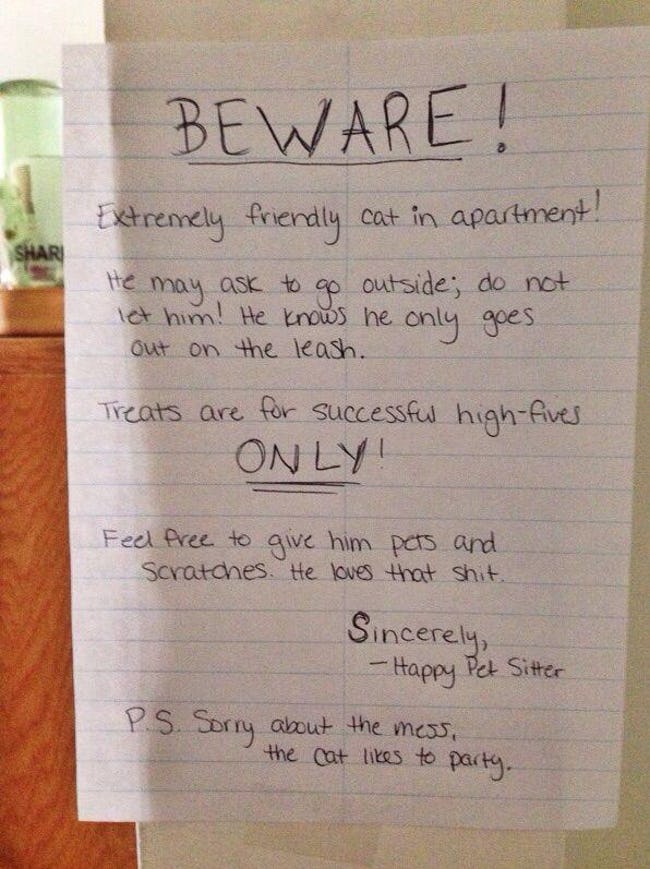 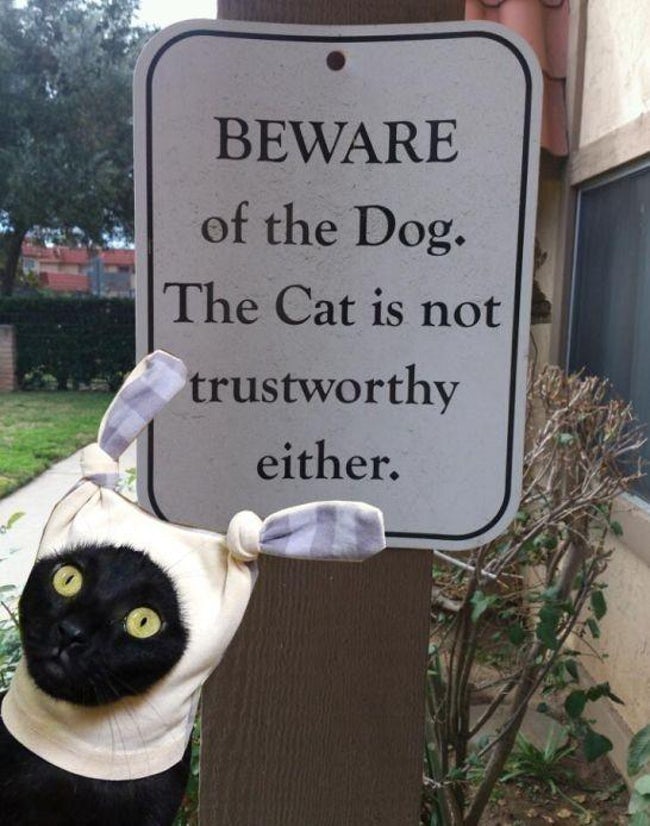 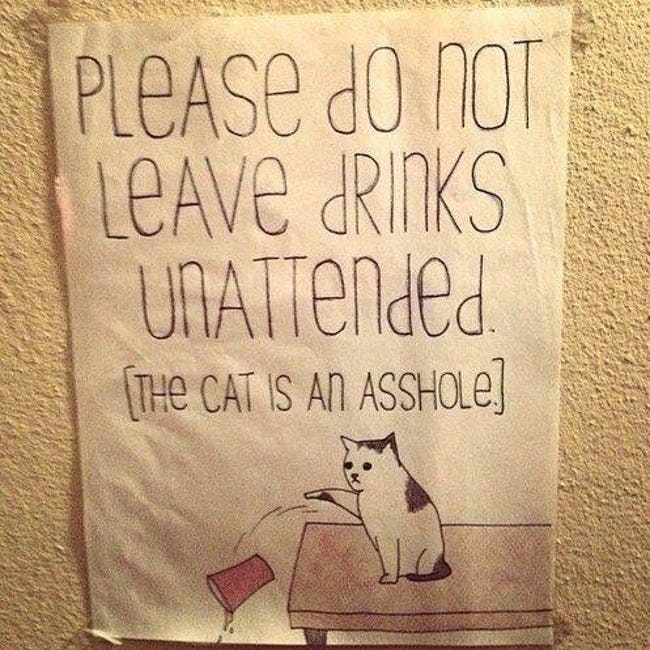 What about you? Do you have a Beware of Cat sign around, or need one?