A job isn’t always a priority.

I know in recent years we as humans have started focusing more on our jobs than our personal lives. And overworking and getting burnt out is a real concern. Most bosses don’t care about their employee’s mental health or personal life. And while I don’t think there is anything wrong with focusing on your career, it isn’t everything at the end of the day. Especially when it comes to important moments in your life.

However, higher-ups don’t seem to care about anything but their bottom life and tend to forget that their employees are a sort of investment as well and it can be quite important to keep your employees happy for long-term success. I am sure you have already read tons of stories of bad bosses and this story definitely falls into that category as well. This guy just wanted to take a vacation for his honeymoon but his boss wasn’t going to let that happen easily so things turned more complicated than they needed to be.

The story has only started and we can already see that the boss isn’t willing to compromise. 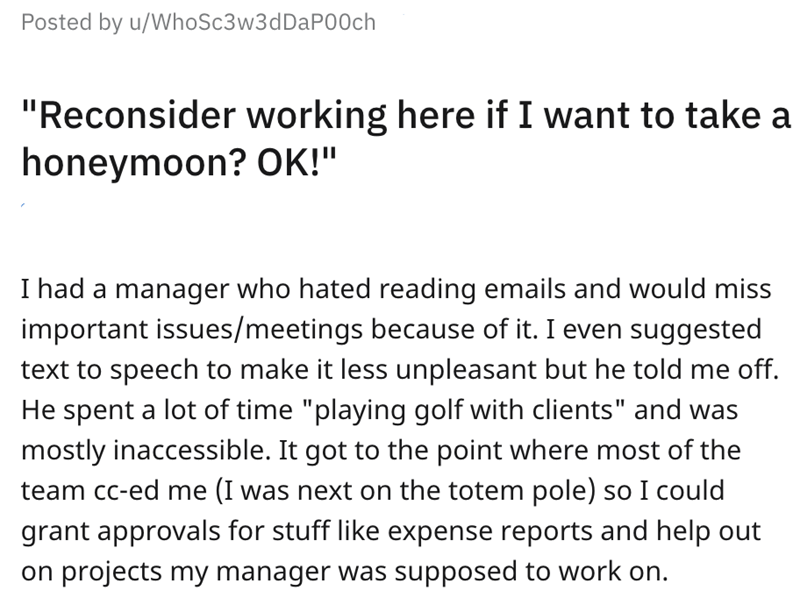 But things only seemed to get worse when he asked for 3 weeks off.

Even though he let them all know beforehand, he still didn’t get the time off.

So he did what he thought was best and put in his resignation letter.

Everyone else at the company understands that he is leaving but the Boss still doesn’t explain anything.

And to top it off, the Boss had the gall to call him up later and ask him to come to work.

So he decided to send the call log to HR.

However, things didn’t end there as apparently HR finally started investigating the boss.

Thankfully, he found a new job quite fast and was able to have a nice pay bump as well.

In a little update, he also mentions how he is still married and I am happy for him.

In all honestly, I don’t understand how people like these bosses think they are going to do anything without a productive employee. A person can’t be productive if they aren’t satisfied with their working conditions so it is necessary to treat your employees with decency and respect. But it seems higher-ups let the power get to their heads and it never ends well as is clear in this story.

People in the comments had a lot to say about the boss. 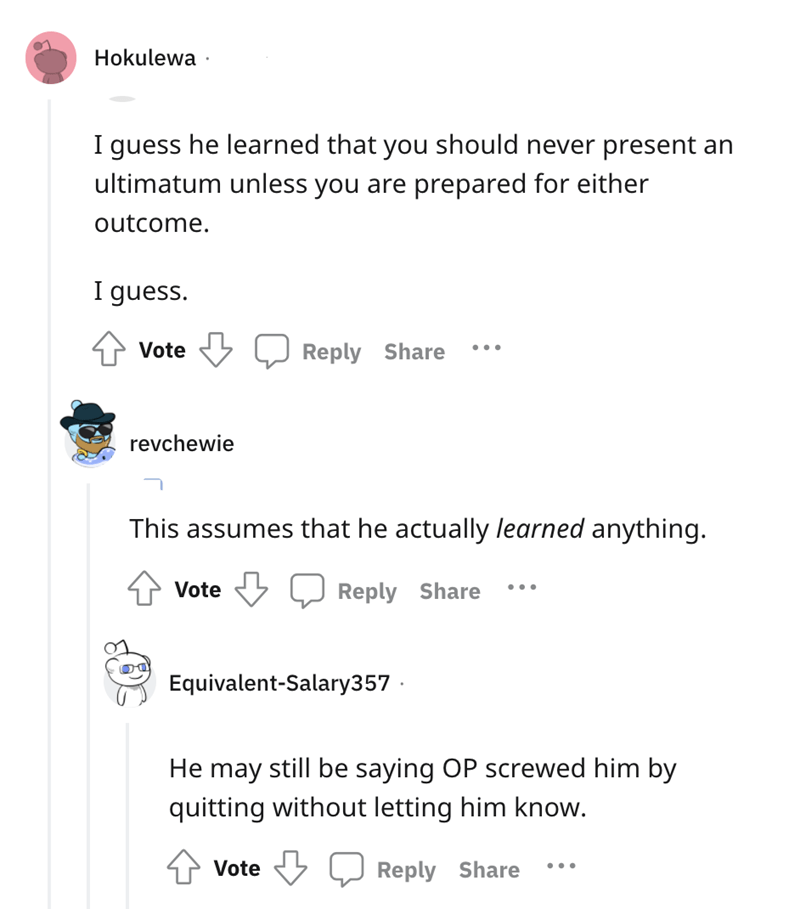 I just wish everyone with a bad boss could do this to them. 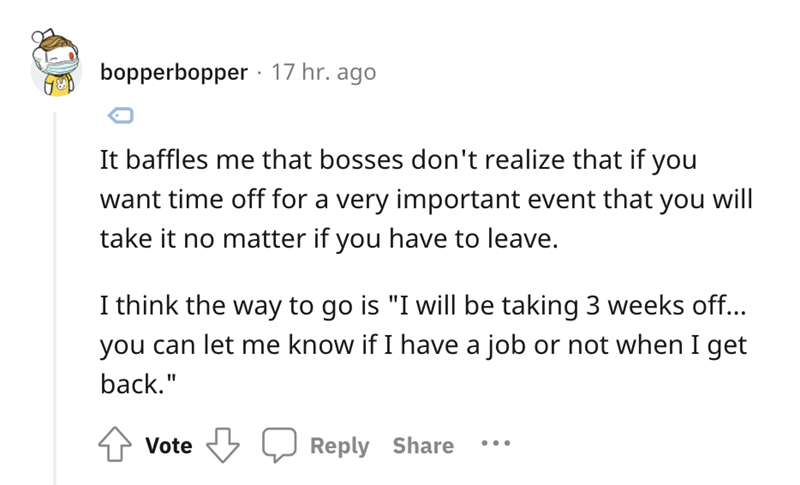 The boss didn’t deserve an explanation either.

Always keep a paper trail or you might get into a mess. 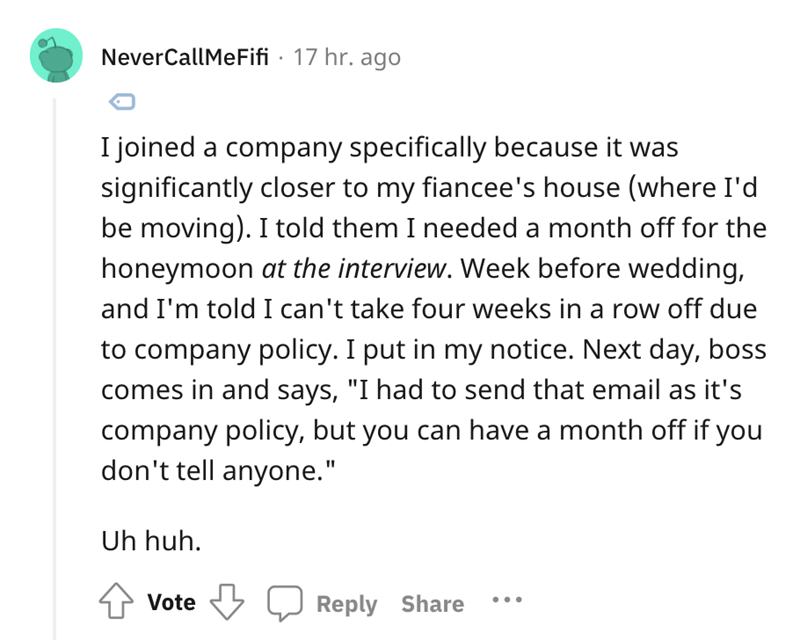 Some people even shared their own stories about their worst jobs. 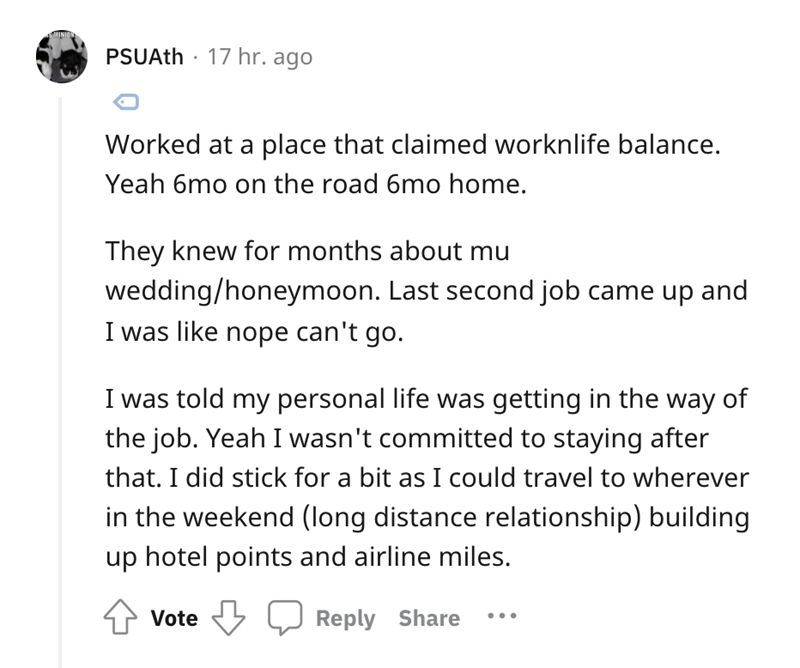 We also get a bit more information as to what happened in the HR meeting. 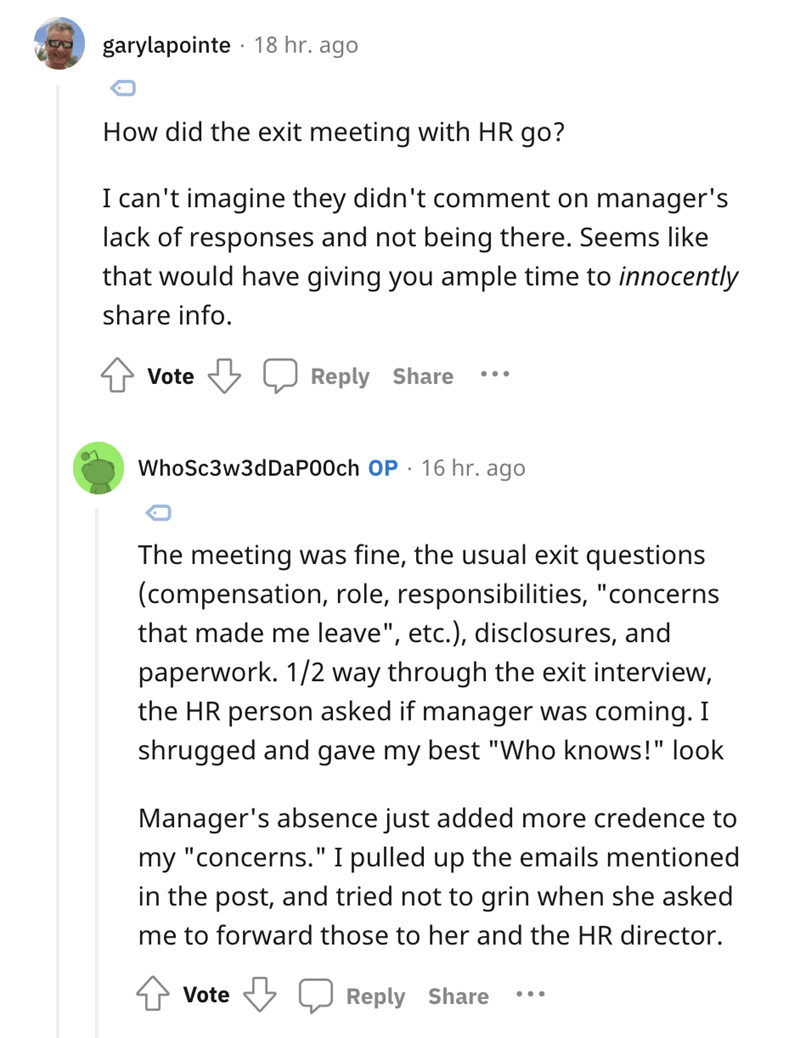 Sadly, some bad bosses do win in the long run and become incredibly successful on the backs of overworked employees. 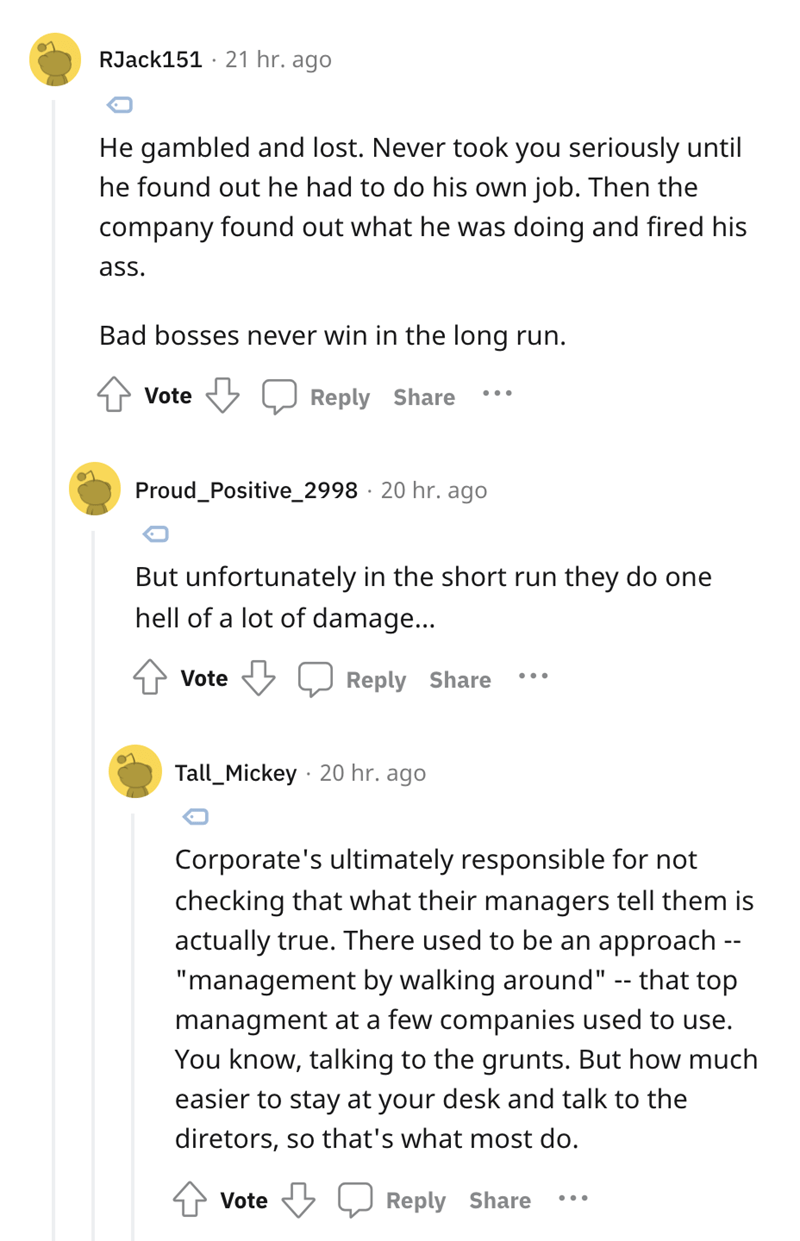 He should have never gambled on this.

The poster even got his pay for the unused vacation time so that is something at least. 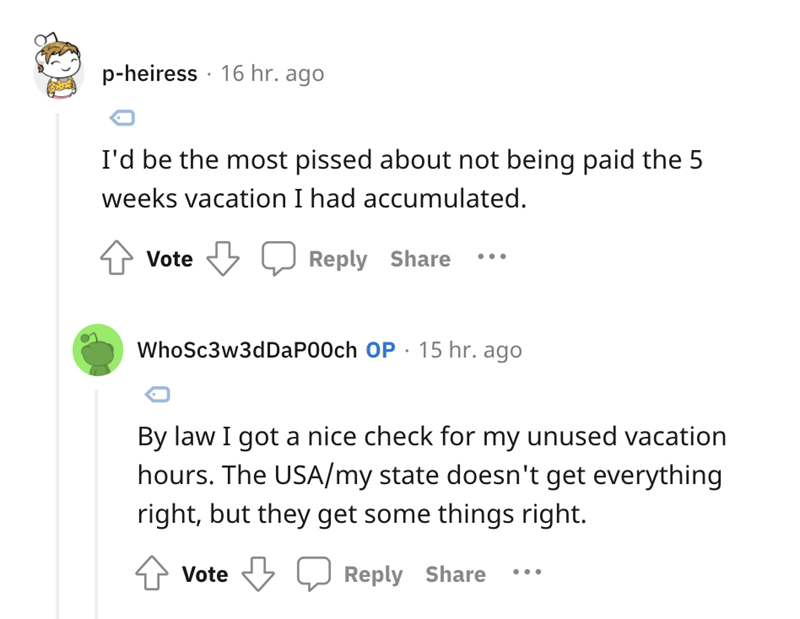 Not going to lie, I didn’t see this one coming but they aren’t wrong. 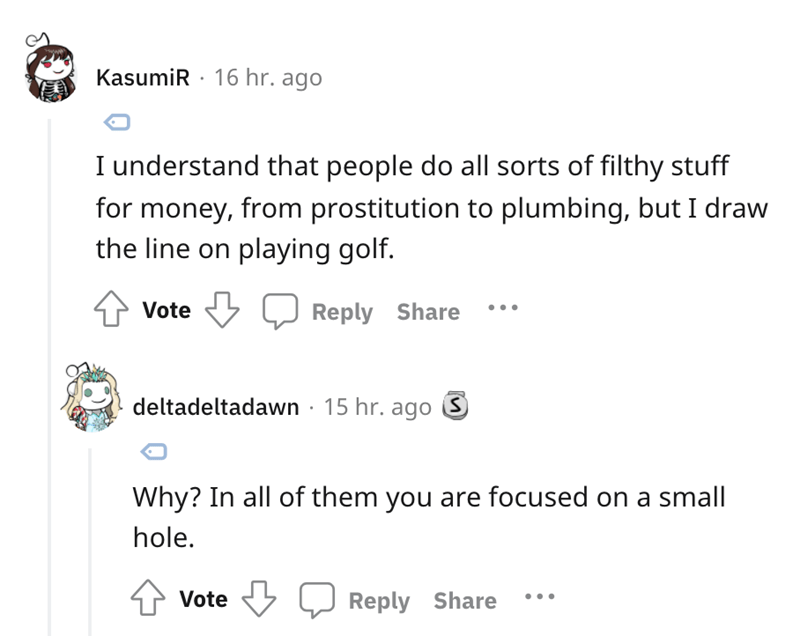 Maybe golf is more fun than I imagine.

I wonder what the higher-ups are thinking when they hire these people.

Has something like this ever happened to you? If so how did you deal with your boss? Did you quit instantly or did you report them to HR? Comment down below to let us know.