GPS apps can be fickle at best.

I get that technology has come a long ways in just a few years but when it comes to applications that need to pinpoint your location, it can be fickle. Don’t get me wrong, Google Maps and such can be a huge lifesaver when you are lost in the middle of same looking houses that never seem to end. But at times, it doesn’t suggest the best routes. All of us using Uber and similar apps already know this.

How many times have you ended up late at your appointment even though you knew the route but just told the driver to follow the map? I know that this has happened to me several times. It seems that sometimes these apps are hell-bent on suggesting the weirdest route with the most twists and turns. So when your driver says, they know a better way, you would be wise to listen to them.

This guy however just couldn’t do that. And decided to put all his hopes on an app that didn’t work as advertised. You can scroll below and take a look at how that went for him.

Firstly, we understandably get a bit of background on his job. 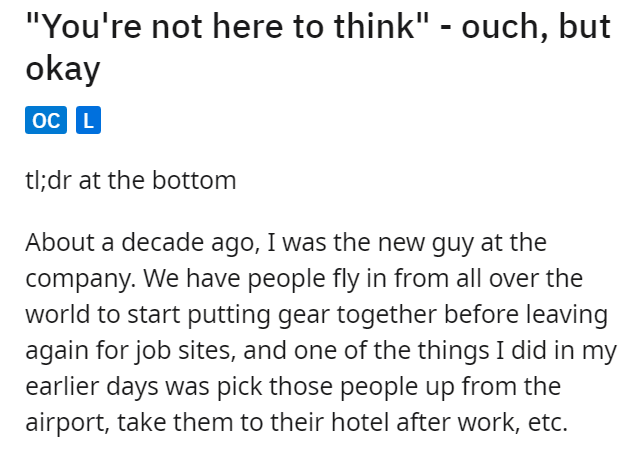 Honestly, I can understand the excitement about playing with a shiny new thing that seemed impossible before. 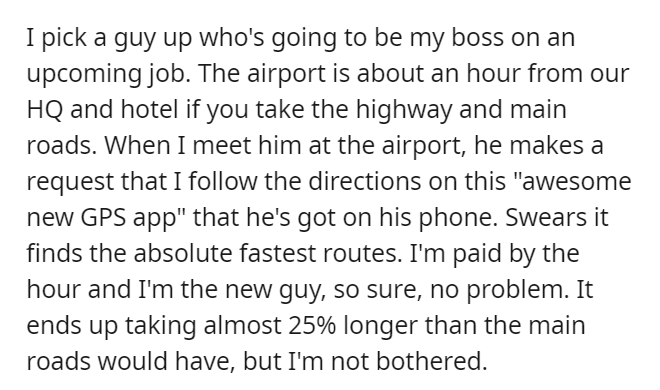 However, this guy is taking that excitement a little further and annoying his driver. 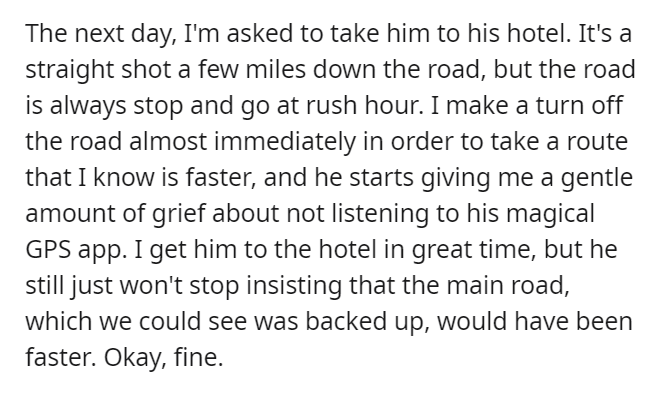 I have heard this sort of lecture before, and it is the best way to demoralize your staff and turn them into mindless husks. 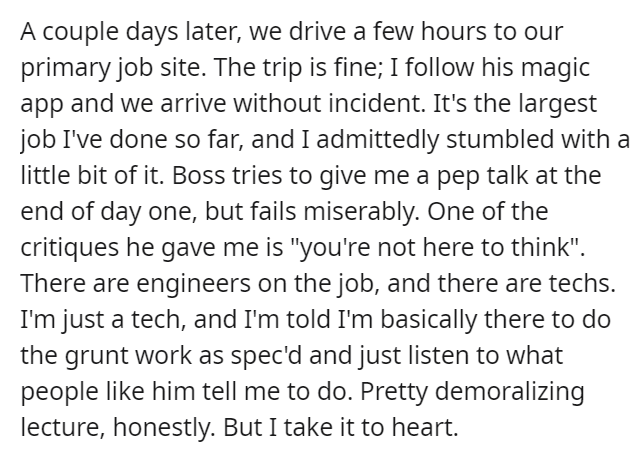 Maybe his friend did actually program it or something. Because I have never fawned over anything that much in my life. 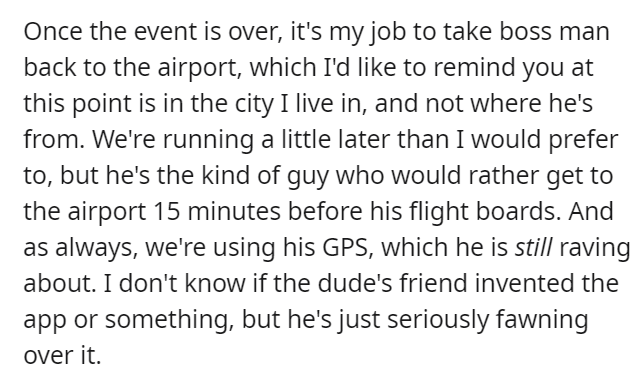 Well, he was so impressed by his magical app. What else was the driver supposed to do? 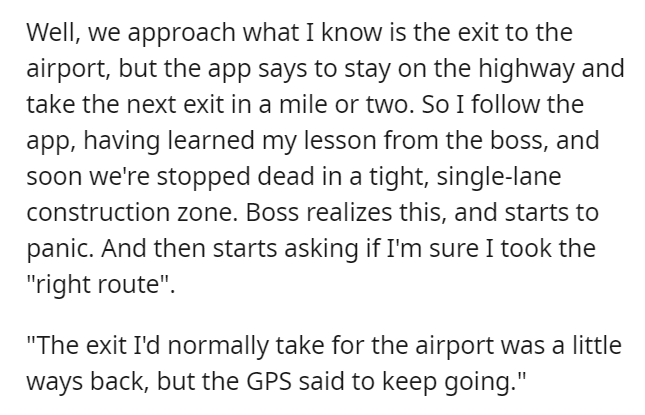 What was his thinking? He was thinking that he should shut up and follow what you say. 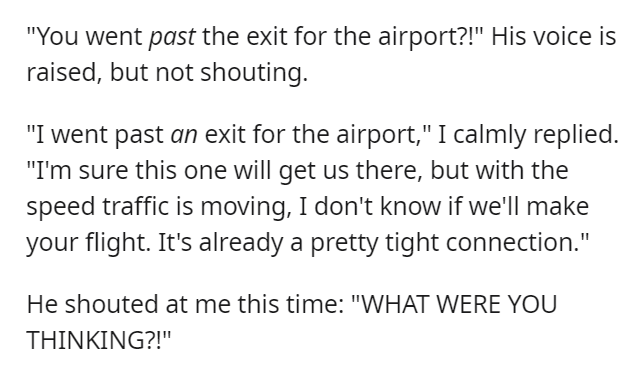 This is exactly what the boss had coming for him. If only he had been nicer before. 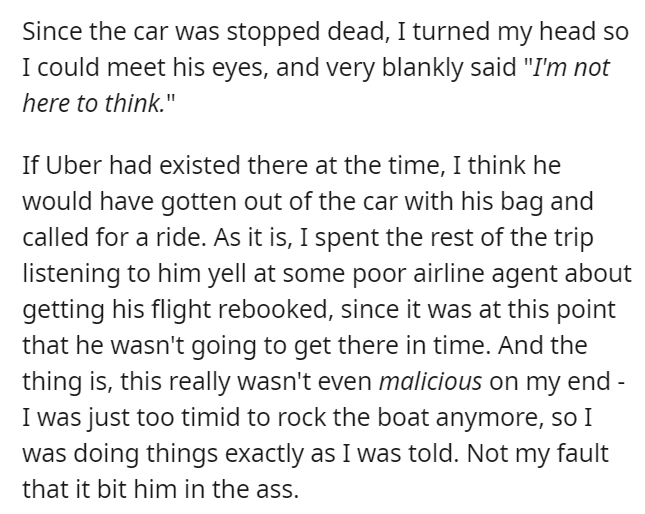 It doesn’t cost you anything to be a decent human being.

Makes perfect logical sense to me. 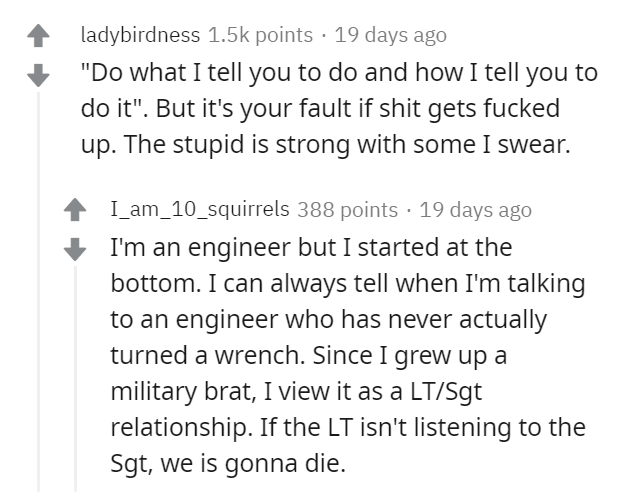 You made the right call. If you had diverged from his route and he was the slightest bit late he would have blamed you.

There was no winning in this situation except maybe keeping your mouth shut about that turn. –BTallack

He couldn’t have been angry then. 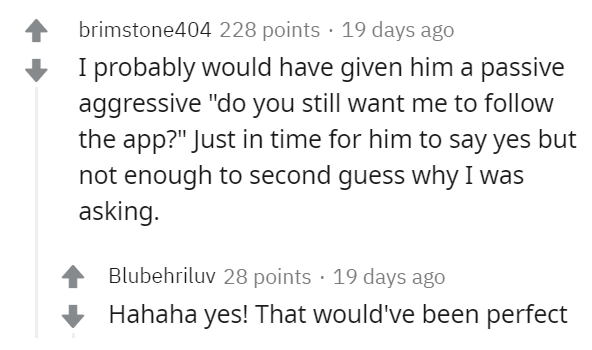 Was Waze even developed a decade ago? Isn’t it a relatively new app? 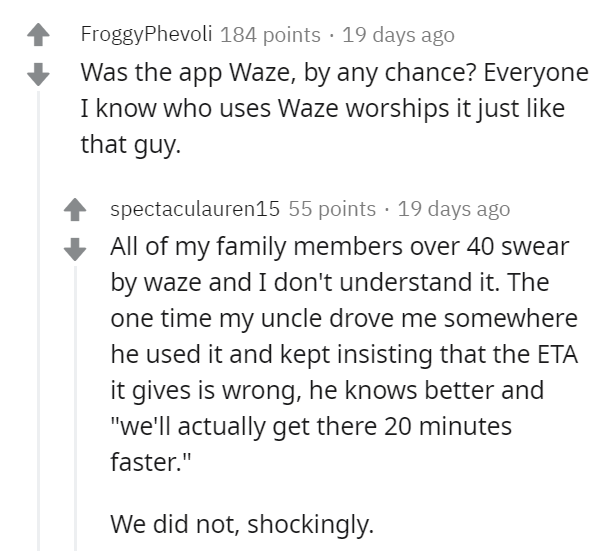 So simply put, Only use Waze if there is a huge block somewhere. 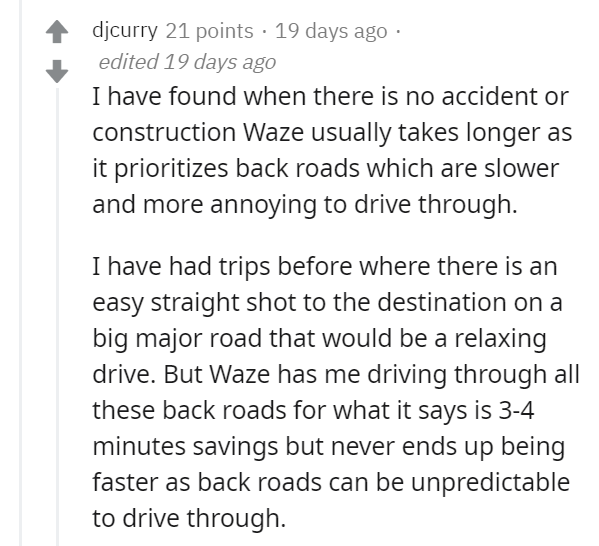 Whatever your favourite GPS app maybe, don’t always rely on it to get you out of a pickle. 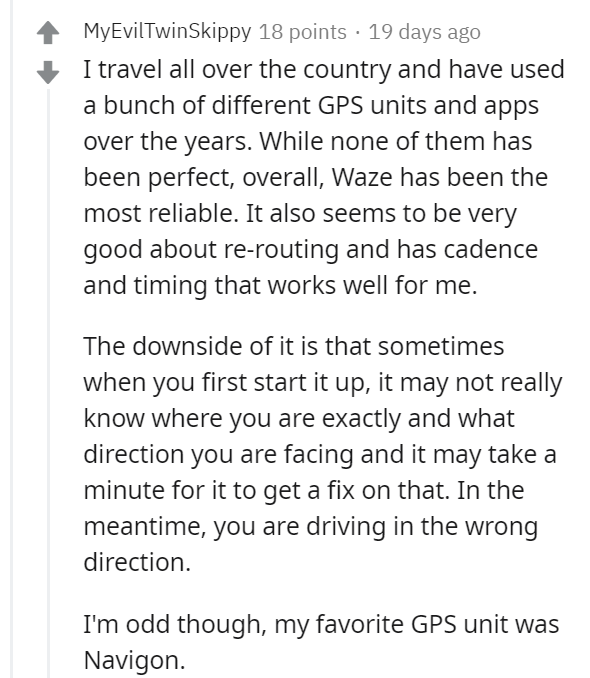 Courier for the last 7 years, and GPS is only good for identifying where a road is, since we have construction going up in 3 different spots, so you have to check a few times a week to find a new street.

I’m the guy that manages to be in 2 places at once, where the rest of our drivers take 20min to get there. The shortest way isn’t always the fastest. –vampyrewolf