You should always listen to the complete sentence before assuming what someone is about to say.

It is so frustrating when you are trying to tell someone something but they don’t even bother listening to you. It is okay if a friend doesn’t listen and cuts you off. You will bare it a couple of times. But if it’s your boss who just cuts you off and does not bother to listen to what you have to say, there will be some problems. You need to make sure that communication in the office is sufficient to avoid having problems. If you do not warn others of potential problems in time, it might end up delaying work. Some bosses like to blame the employees for problems that are not even in their control. If you get stuck with a boss that doesn’t even listen and gets angry when things don’t go their way, good luck. Dealing with a difficult boss can really take its toll on you. Being blamed for everything that goes wrong and nobody listening to you when you warn them is a different level of frustration. You are truly lucky if you have an understanding boss that owns up to his mistakes and actually cares about his employees’ suggestions and opinions.

This Tech Support guy on Reddit shared his story where he warned his boss not to press a certain button but the boss didn’t even listen to his full sentence and pressed it anyway. It would have created a lot of problems if he hadn’t fixed it in time. Scroll down below to read the whole story.

The employee started by explaining what kind of a company they work in. 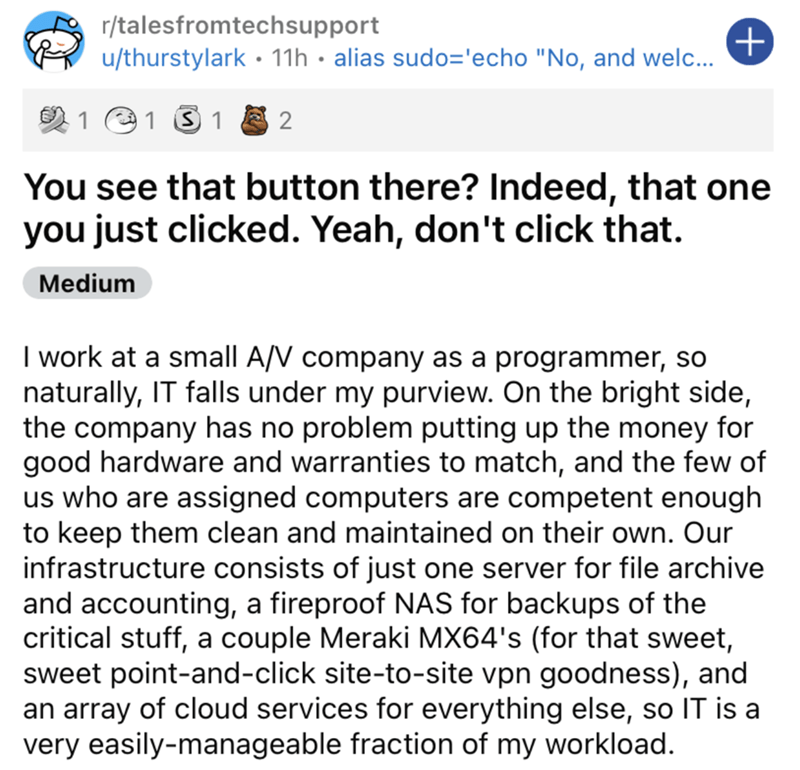 The employee found out about a warning of a BSOD triggered by printing. They knew their boss used that specific printer so they went to warn him.

They were warning their boss not to press the button, but the boss didn’t listen to his entire sentence and just clicked the button.

But the boss immediately owned up to his mistake and figured out a way to fix it. 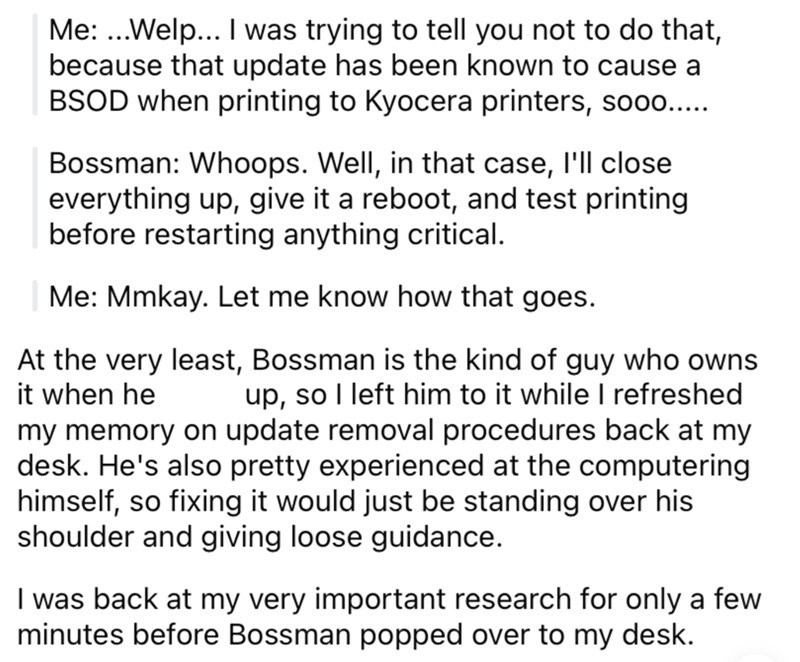 They dealt with the situation on a light note and everything turned out fine. 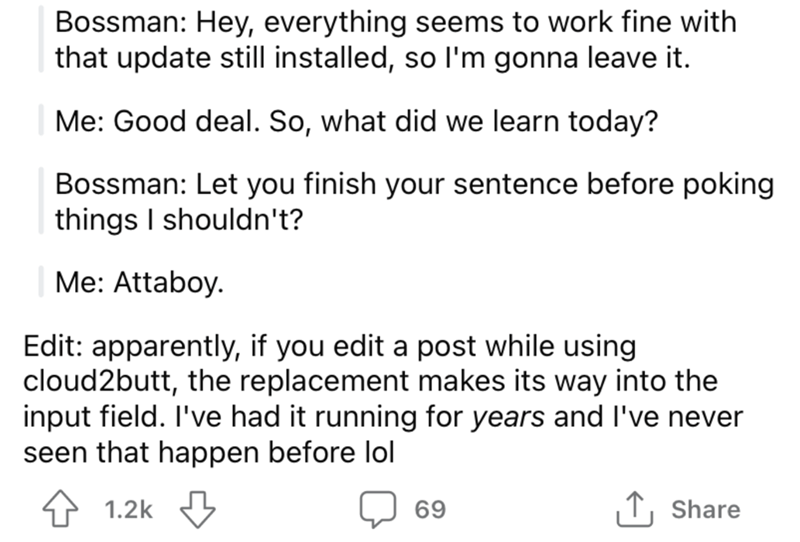 The boss seems like a really down to Earth and professional guy. He dealt with the problem really easily. Bosses should learn a thing or two from him. Someone that owns up to their mistakes is definitely the bigger person.

This is how other Redditors responded to the story. 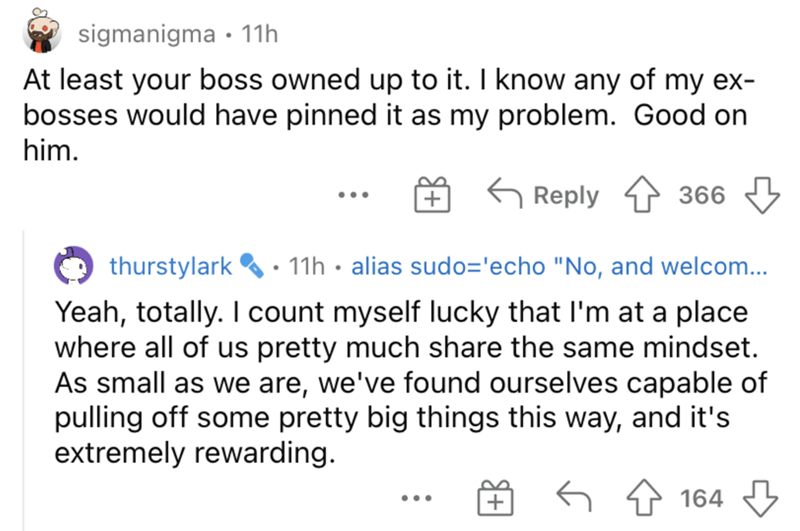 It actually had a happy ending.

We all wish we had a boss like that.

What is your boss like? Do you think they dealt with the problem nicely? Share your thoughts with us in the comments section below.