While not everyone can afford a honeymoon, they are usually for the newlywed couple who want to get some privacy and have some fun after they have to go through a stressful few months. We all know how expensive weddings and honeymoons can be so sometimes the parents of the bride or groom will gift them a honeymoon which is a very nice gesture. However, sometimes it does come with strings attached.

And that was what happened in this particular story. The parents of the groom gifted the couple a honeymoon but they failed to mention that they would be joining the couple for the honeymoon as well. Now, if both parties are okay with this scenario then there is nothing wrong with having a vacation with your parents but the couple was clearly not into the idea. And they made it clear multiple times but the parents just wouldn’t let go.

So the couple decided to take other measures. You can see what I am talking about by scrolling below.

We get more information about the parents and how all of them are not on great terms. 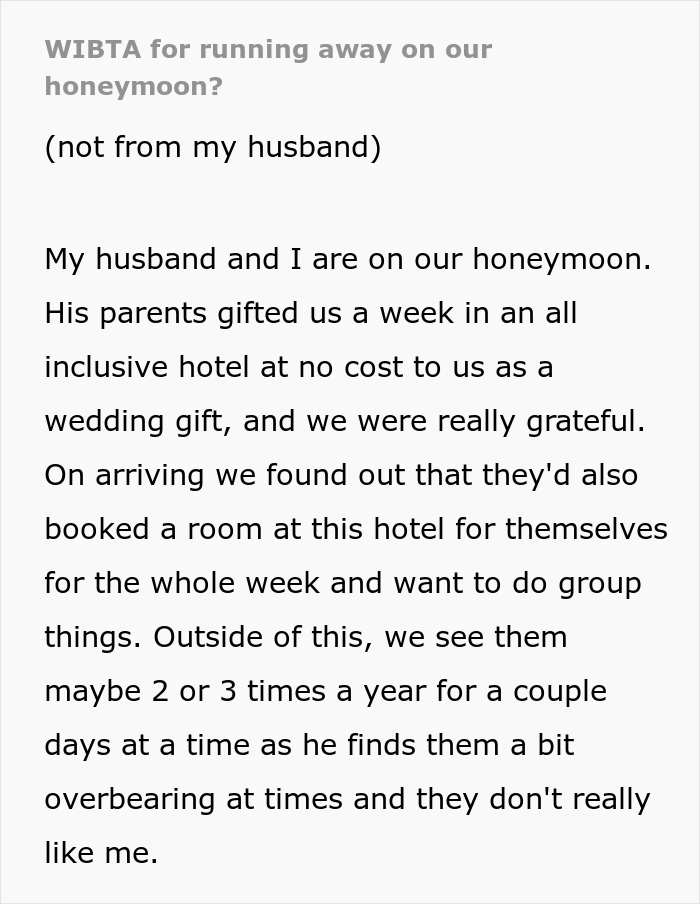 But they still inserted themself into the equation and wouldn’t get the hint, no matter what. 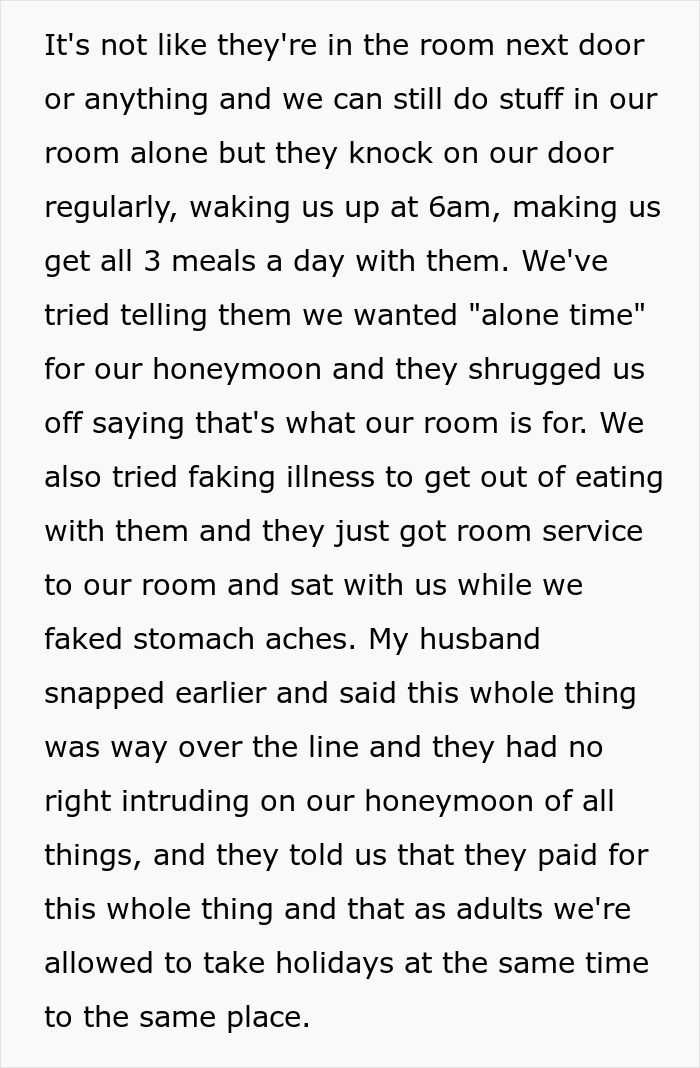 So they realized that they had to take a drastic measure to get some sort of privacy.

And trains were the method they chose.

So yes, they basically ran away without telling his parents and people had a lot to say about this development.

This is clearly a very complicated issue, the latter part of the story, not the first ofcourse. I mean what his parents did is absolutely wrong. If they wanted to come along on the vacation, they should have said so beforehand so the couple had time to reject the gift. I don’t think there is anything wrong with a newlywed couple wanting privacy. However, the fact that they are basically running away to get space from the groom’s parents is not so black and white.

Most people were on-board with this turn and encouraged them to live their life.

People advised them on setting clear boundaries for the future. 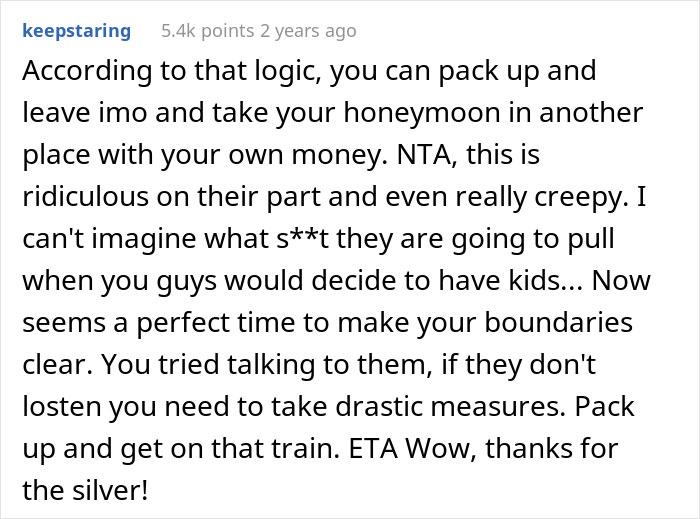 I mean, they do deserve some alone time with each other. 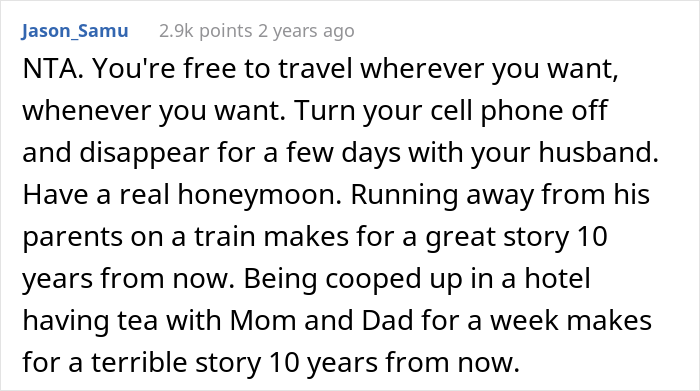 This particular gift did come with a lot of strings. 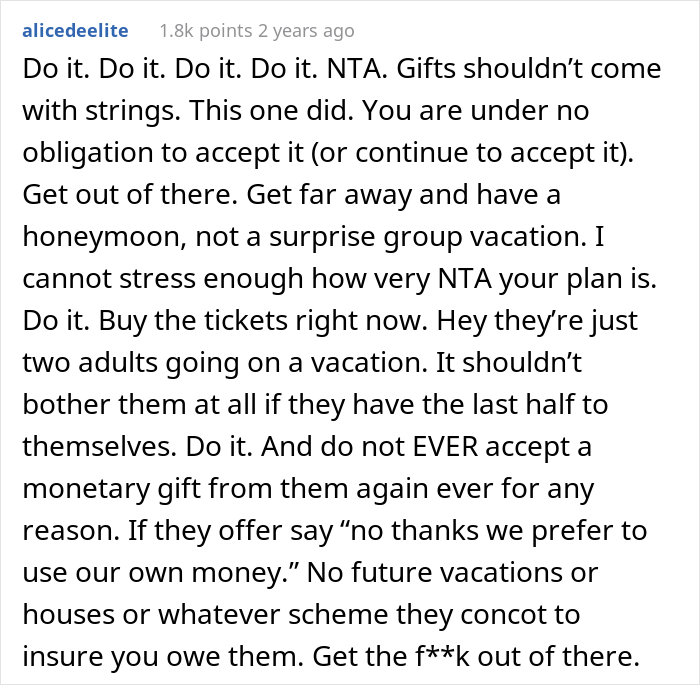 The parents basically don’t care about the couple’s privacy. 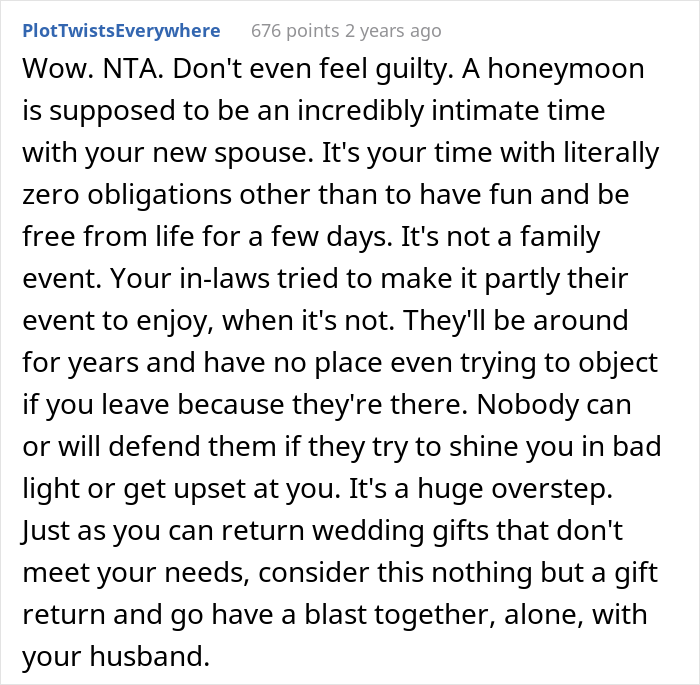 This is not great for the future of the couple. 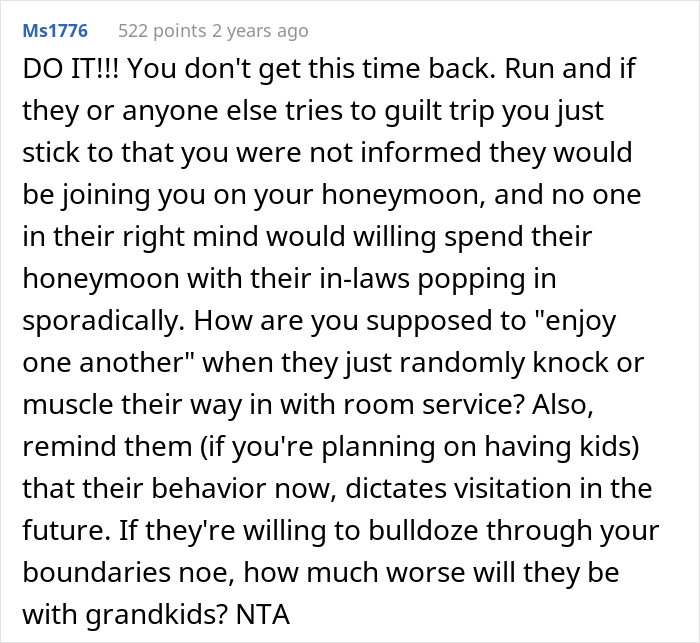 Some people really loved the idea.

And basically told them to run.

Most were okay with them not telling the in-laws.

A honeymoon is all about spending time together, after all. 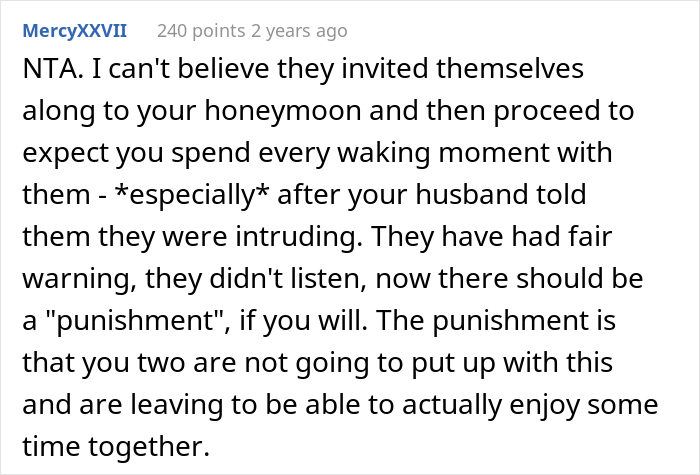 They can pay for it themselves. 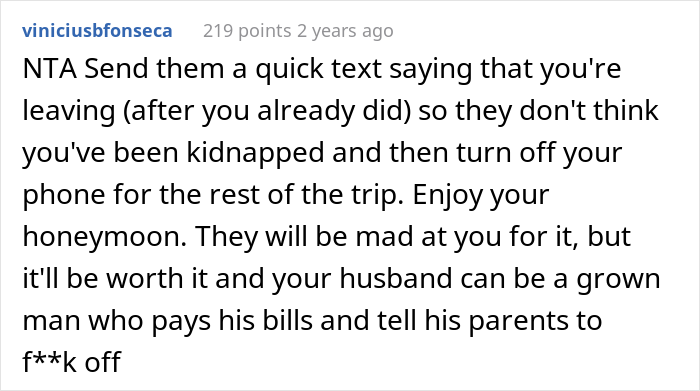 They have no respect for boundaries at all. 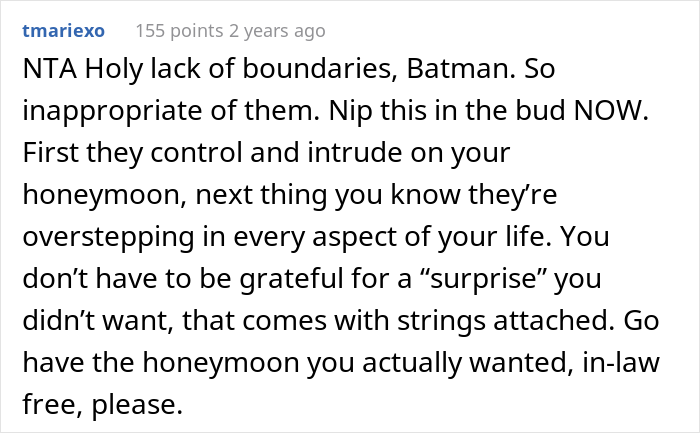 Most if not everyone was on their side.

But did tell her to expect backlash from the family. 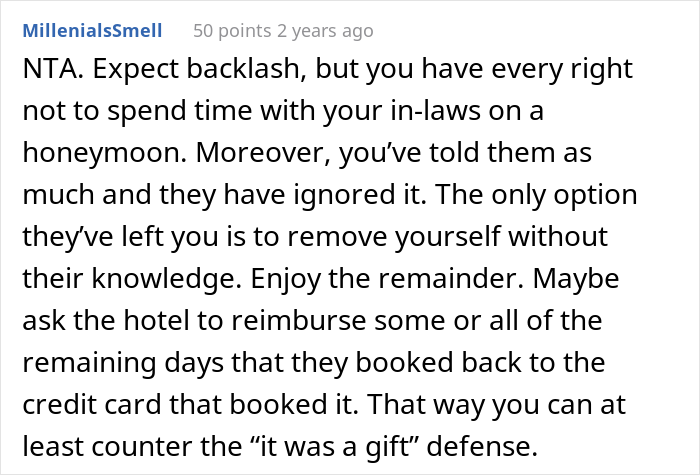 However, some people didn’t like this idea at all. 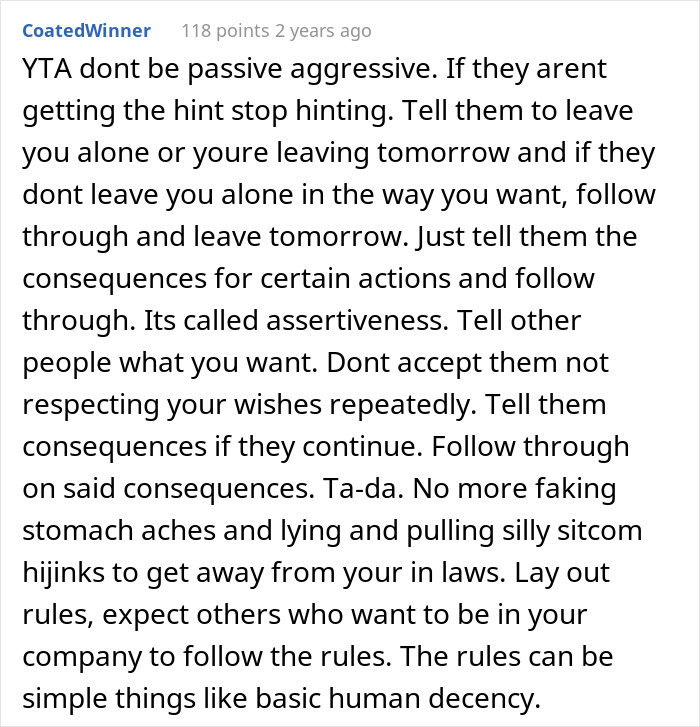 And they think the couple should at least tell the parents and make it clear. 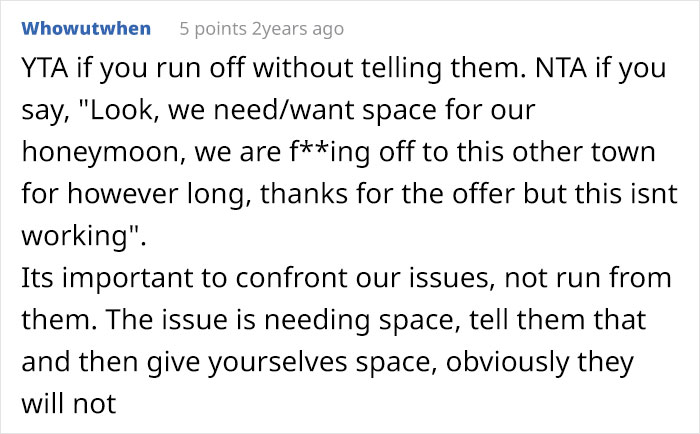 Have your parents ever taken a vacation with you when it was supposed to be your honeymoon? And if so, how did it go? Did you let them know it was uncomfortable and a breach of privacy or did you guys have fun? Comment down below and let us know.