Oh, boy. There’s a lot to unpack here. For one, this all started because of the actions of one, who were discovered, accidentally, by the actions of another. It all started simply enough with rush hour during a busy season. The driver, who in this case is the user Broccoli, explained how several weeks ago, he began to offer some pick-and-drops to make some extra cash.

Living on the couch himself, he couldn’t do much other than take up these offers wherever he found them. In one instance, he picked someone off a house and then proceeded to drop him somewhere else. Later, he picked up someone and dropped him off at the exact house where he picked the first person up from. They chatted, and then they found out something that no one really wants to find out.

#1 No one wants to mess up a marriage. 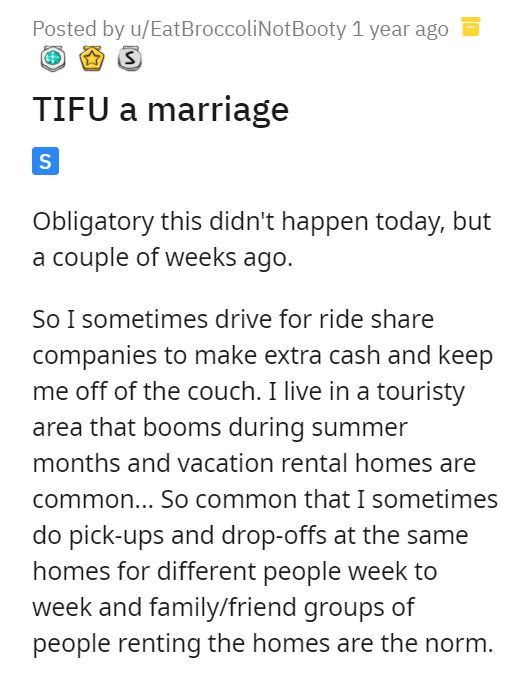 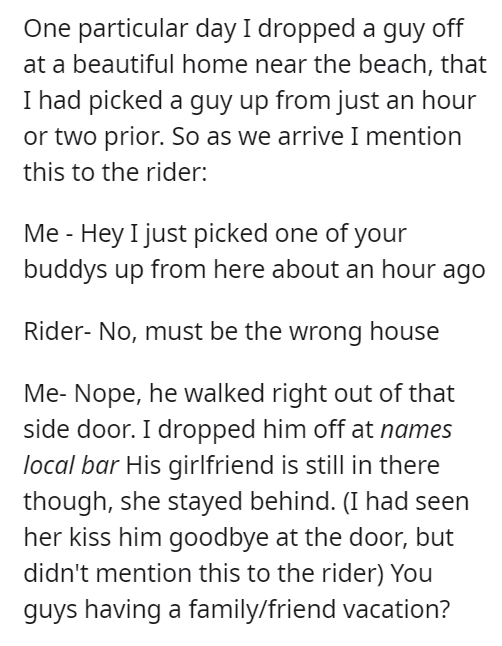 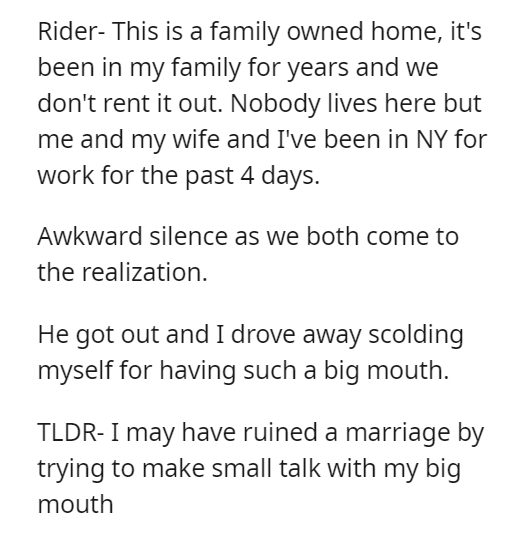 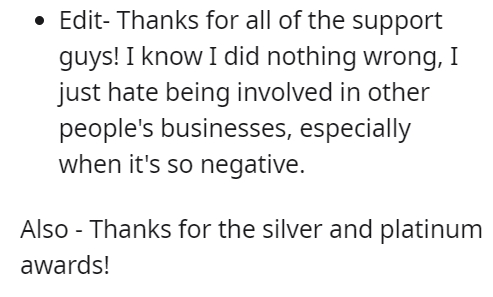 People gave their own comments and stories, especially this one user who had something similar happen a while ago:

Did he tip you with his soon to be ex wife’s credit card?

I had that happen to me once. Picked up a very angry gentleman from the pride parade. He argued with his husband the whole way home over the phone and then when I dropped him off he said he was going to kick in the door because he didn’t have a key handed me all the cash in his wallet saying “it’s my soon to be ex husband’s money anyway” and left all his stuff in my car ranting about how he has all the c*ke and cash he needs to leave and have a killer weekend. He asked if I gave rides to the next city over.

I passed up on it. Kind of one of those moments I think about from time to time and ask myself “what if I just went with it?” Could have had some fun, probably would have been a total mess. He was hitting on me the whole drive home too but I didn’t exactly want to sleep with a married/soon to be divorced man’s husband based off of the line “hey want to do c*ke in a hotel room somewhere like back home in Miami?”

It was either going to be a horrific disaster or a story that stuck with me my whole life, or maybe both.

What do you think? Should they have done it or should they not? Tell us down in the comments!