Getting into a relationship while you have a kid can be complicated.

After all the kid might not like your partner or may think you are moving on too soon. All of these things can damage the relationship between a parent and their child. And no matter what your kid is supposed to come first even if you love your significant other and think they are amazing. This is one such story. Where it is clear the young daughter of this woman is having a hard time with her life right now.

The father is still in the picture, but we don’t have a lot of information on that. What we do know is that the daughter have been acting up and being rude towards her mother’s boyfriend. It is clear that she is having a hard time accepting this new arrangement and has thus decided to lash out by breaking property and putting his dog in danger. You can read the whole story by scrolling below and taking a look for yourself.

I don’t understand why we even have to guess where he lives? It’s not really important to the story. 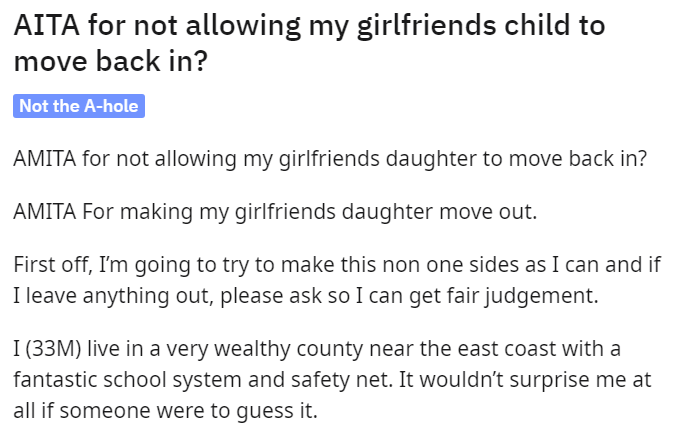 However, this is where the real story starts with him explaining their arrangement. 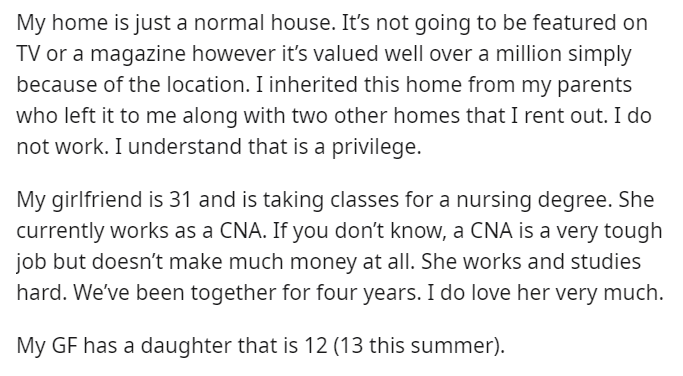 The daughter is clearly having a hard time dealing with issues that we don’t know about. 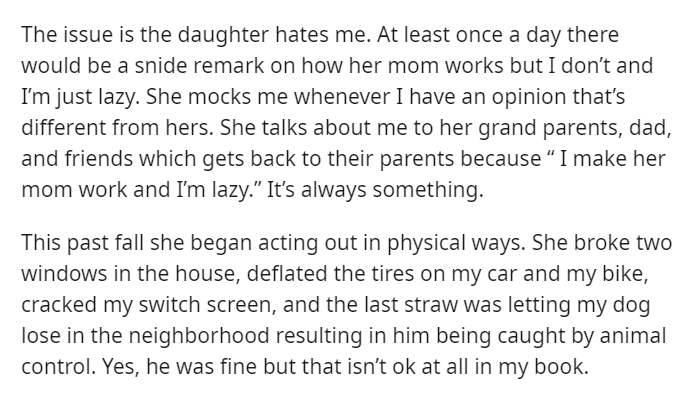 However, who would choose their boyfriend over their own child? That is not good behavior.

From what I have experienced, kids can be so much meaner than adults.

It really isn’t his responsibility at the end of the day.

NTA if I was you I would let go of the mom too! She hasn’t disciplined her daughter and seems to get reward shitty behavior. I would cut my losses and kick both of them to the curve. I’m sure the mom had a way to finish her schooling before you even came along. She can do it on her own. –put_it_in_my_face

If the girlfriend doesn’t him to take any more responsibility that what does she expect him to do? 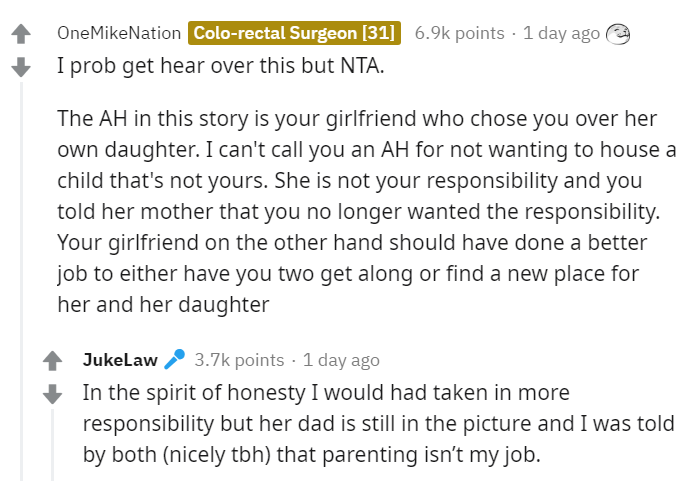 Does anyone else get the vibe that she is staying with him for the money? 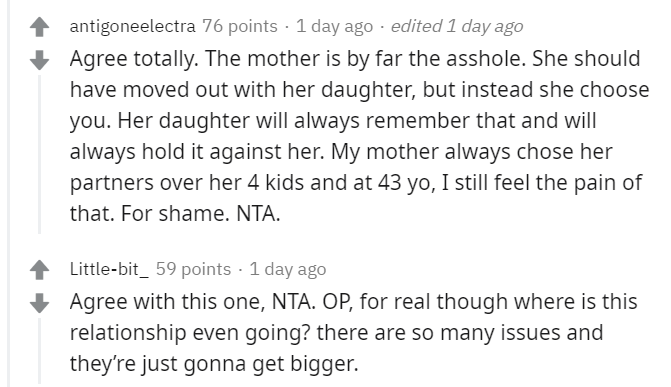 The daughter will clearly remember this for the rest of her life and that is going to scar her. 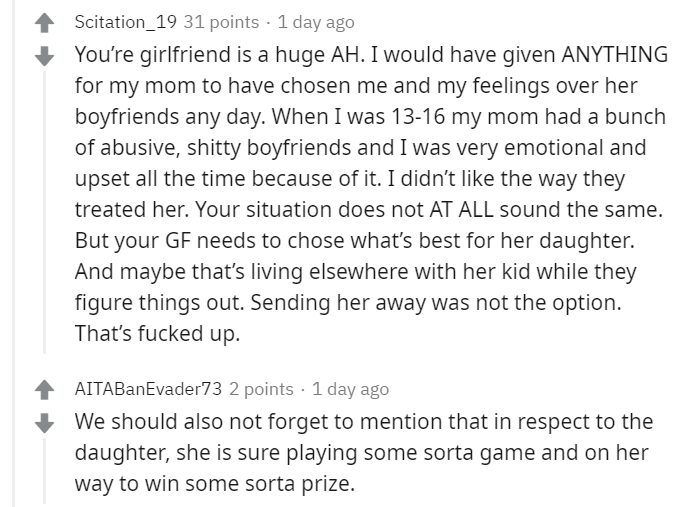 He is not her father and the girlfriend doesn’t want him to act like it either. 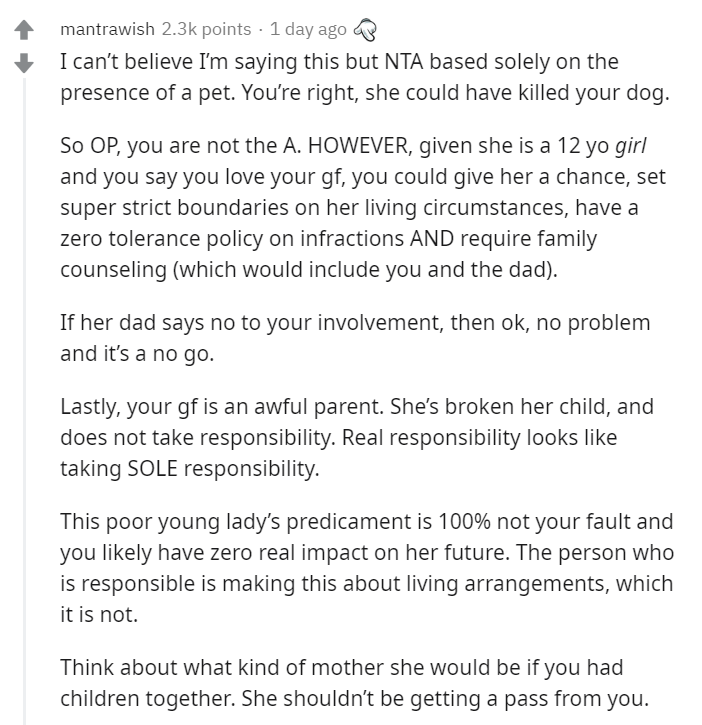 I think you need to break up with your girlfriend. This relationship is not going to last, and you owe yourself and your son something better. At this point, it sounds like your girlfriend is only with you for the benefit of free rent and convenience with school. She’s the real asshole in this story, for choosing you and convenience over her daughter. You do WHATEVER you can for your child, and she’s being a crap mother. NTA. –Lifegoeson3131

The woman should have chosen her daughter over the man she is currently dating.

He needs to also understand that if he plans to move forward with the woman.

He did what he could do with what little power he was given. 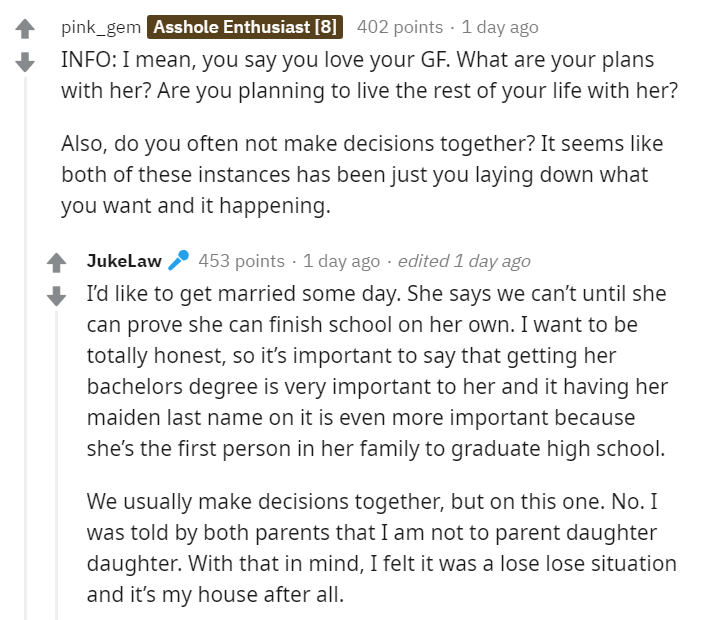 What do you think the best solution is to this problem? Comment down below and let us know. 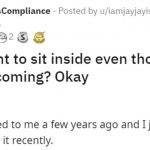 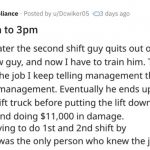 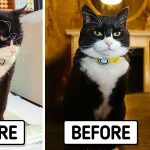 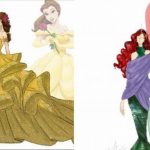 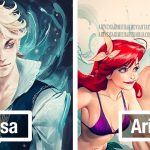