If you know cats, you would know very well that they never learn from their mistakes.

Even though cats walk around proudly and pretend that they are independent creatures who don’t care what anyone thinks or says, they do a lot of things that go against their beliefs. Cats are silly creatures. They do things to embarrass themselves all the time. And as you know, cats love making the lives of their humans a living hell. If you’re doing a simple task like using your laptop, they are going to sit on the keyboard because they want the attention. Even though they act like they don’t like you or care if you are giving them attention or not, they are actually very big attention seekers. They will do anything to be the centre of attention and that is exactly what Cami did. 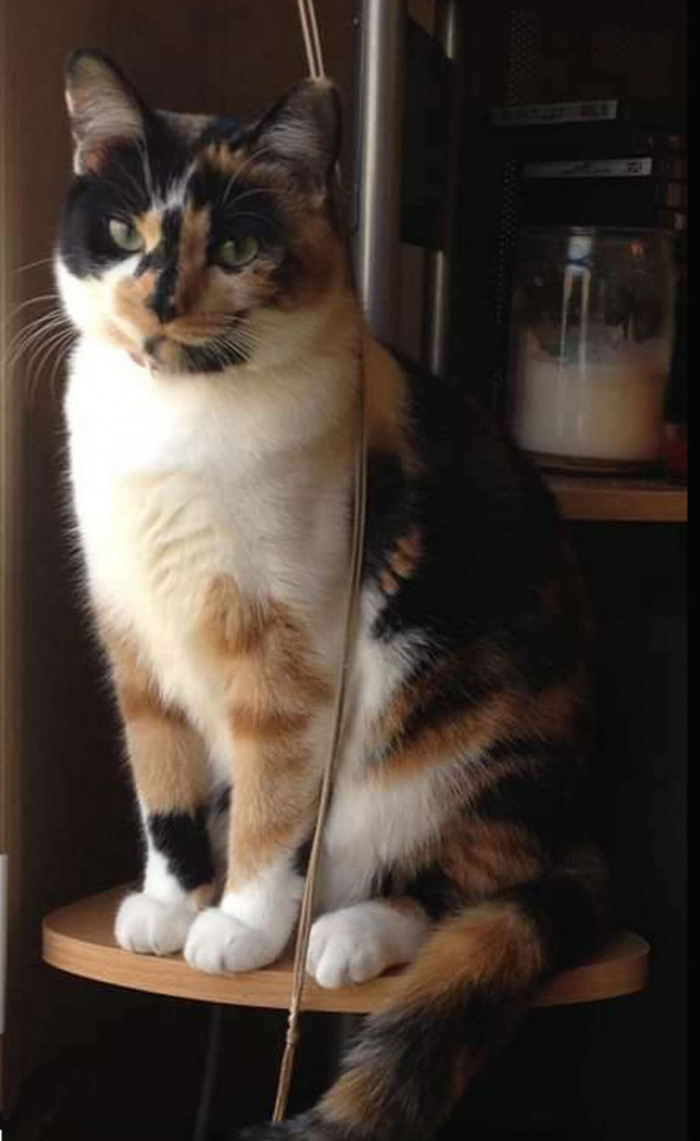 Cami is a white and calico cat that behaves just like any other cat when it comes to crazy shenanigans and seeking attention. In an interview with The Dodo, Cami’s mom, Rachel, described Cami’s personality as:

“Her personality is, how would I say, dramatic. She needs to be the center of attention all the time.” So that pretty much describes every cat ever.

However, Cami did something that surprised everyone. Now that is the kind of attention she really wanted.

Cami does not spare any chances of getting her parents in trouble. The biggest example of that would be when Cami’s dad was cleaning up the furnace. Now, we all mess up sometimes. Things don’t always go as planned and we can make mistakes. That’s what happened to Cami’s dad. His shop vac backed up and all the soot and dirt was let loose. And Cami took full advantage of that.

Look at that shameless, smug face. 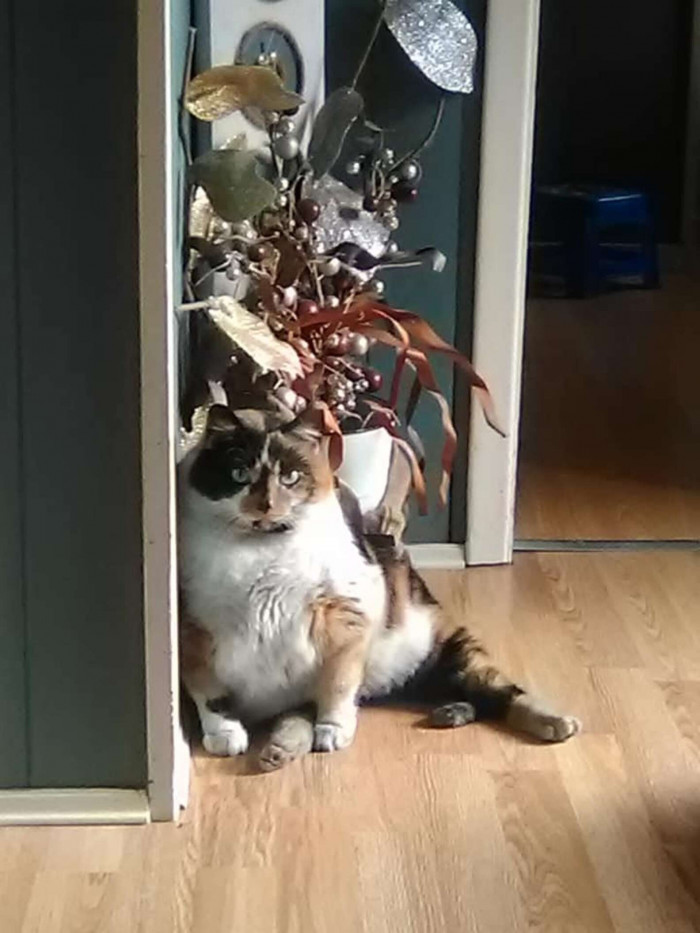 “My husband was cleaning the furnace and our shop vac backed up and everything that was in it decided to go on the basement floor. Cami saw the perfect opportunity to have some fun I guess,” said Rachel. When Cami’s dad took his attention away from Cami, she took the opportunity and rolled herself all around in the dirt and soot of the furnace. It was so bad that she actually turned all black. 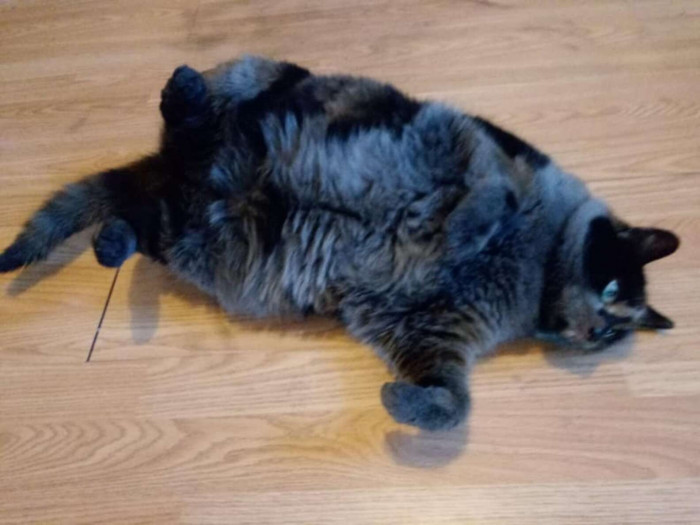 Cami wasn’t even ashamed of it. “She just came up rolled around and meowed like she always does, she honestly had no care in the world,” Rached told The Dodo. However, Cami did have to face the consequences of her actions.

“She is not one for the bath, she was displeased as we took her for her walk of shame to the bathtub. She’s a little overweight so she can’t jump out of the tub but boy did she try!” 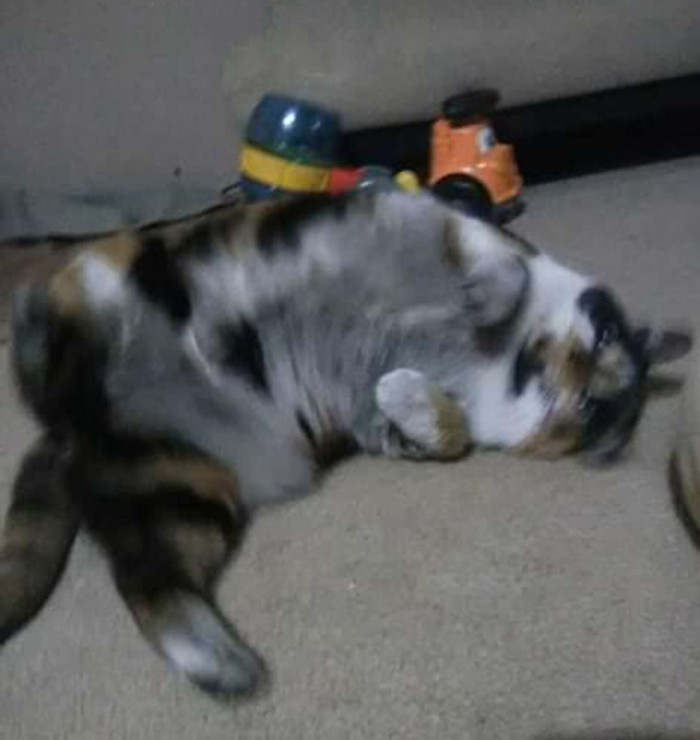 And it didn’t take just one bath to get all of that mess out. “She still has a grey/silver look to her but she’s cute and she knows it.” She had to take several baths. Poor Cami. She probably still hasn’t learnt her lesson though.

Has your cat ever done something this extreme? Share your stories with us in the comments below.