I know we all say that artists deserve respect but there are still so many people in this world who feel like they are entitled to free work. This can especially apply to artists because they always get the short end of the stick. And that is what happened in this scenario. You see, a furniture restorer posted a beautiful cabinet picture on her website for reference as to what people could get, like the colour and such.

But that is what this story is all about. You see a choosing beggar wanted her cabinet turned into a coffee table but she was not willing to pay as much as the work that was needed. She wasn’t even willing to pay half that was needed. And she also got angry because she wasn’t able to pay that much and rather than being polite, she managed to call the store out. I honestly can’t explain it as easily, so you will have to read the conversation for yourself.

Just scroll below to take a look for yourself.

First, we get to take a look at the beautiful vanity.

And I have to say that the blue emerald girl is just gorgeous. 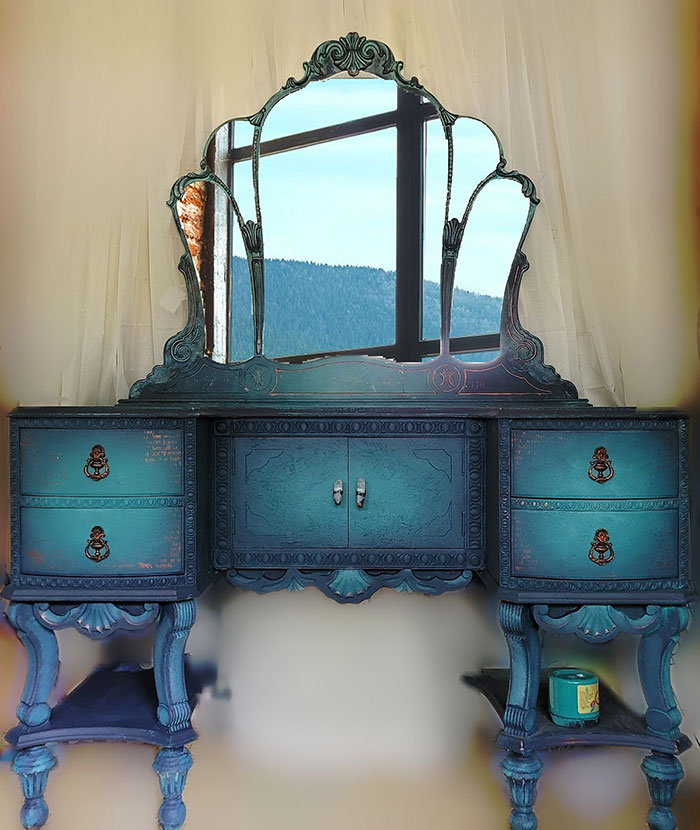 As you can tell by the name, we get all information that we need to. 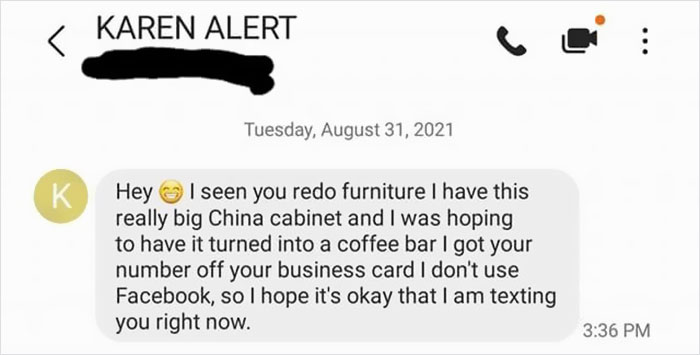 The conversation was quite normal at first. 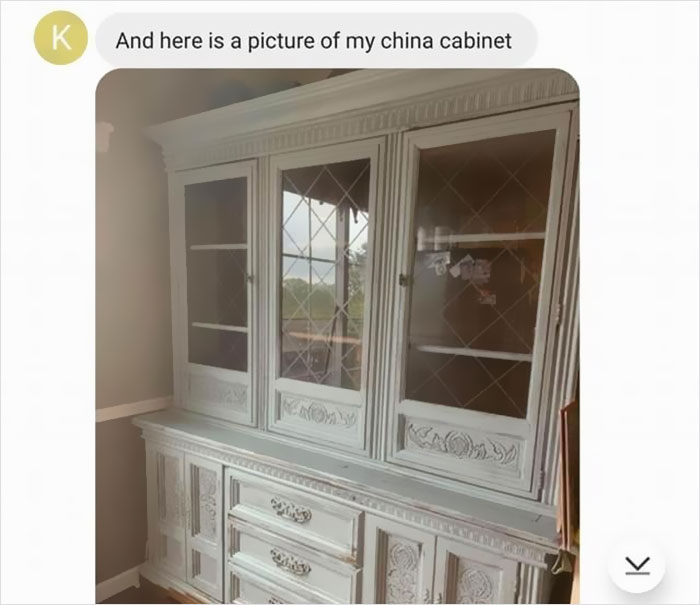 Then the artist explained why she was not selling the blue cabinet. 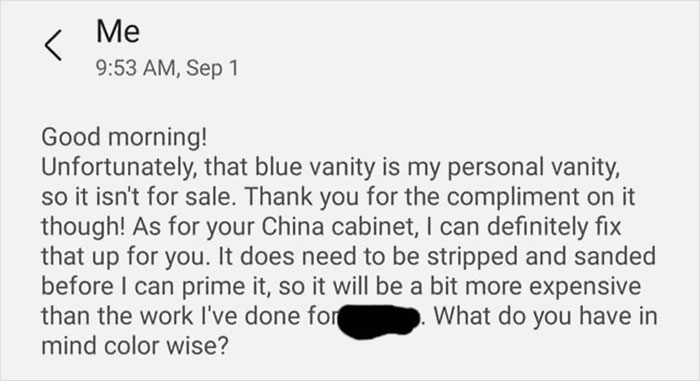 The customer could not understand why she had posted the picture when it is a business. 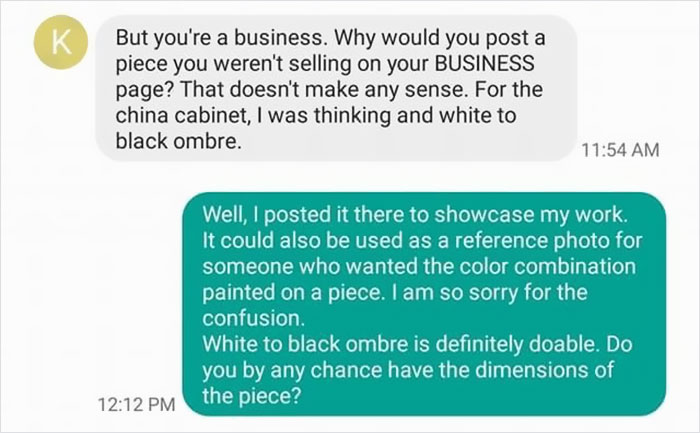 Honestly, it is not really weird to post pictures of personal things for references.

But the furniture refurbisher was really nice throughout even after everything. 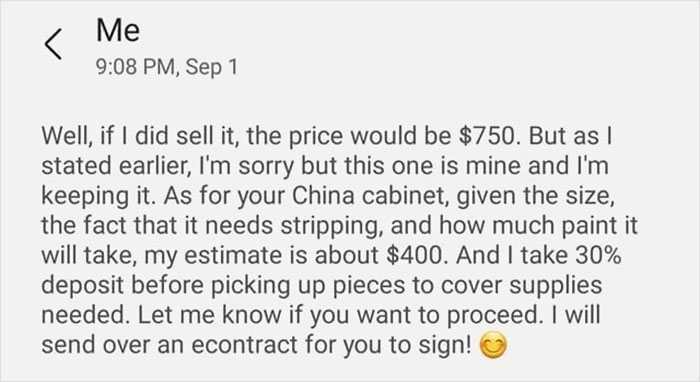 The Karen continued to be insane and call the artist stupid.

She then continued on to explain why her prices were so ‘high’. 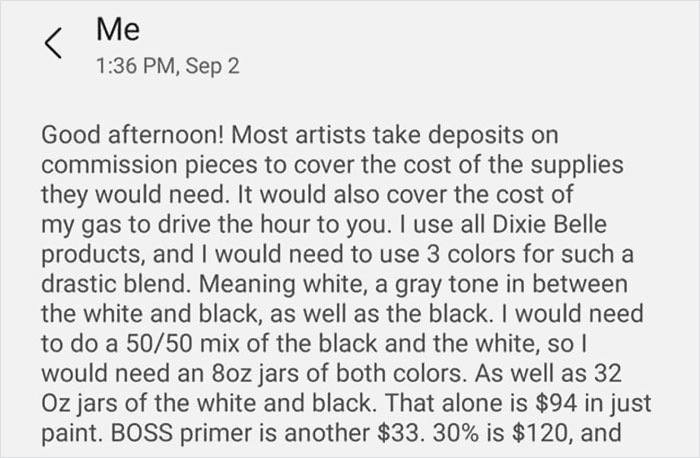 You can see that she is trying to be as nice as possible. 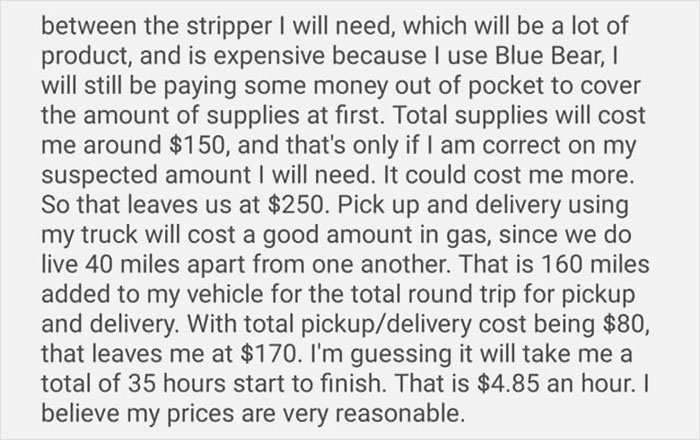 And she goes on to explain the breakdown for the vanity she is not even selling. 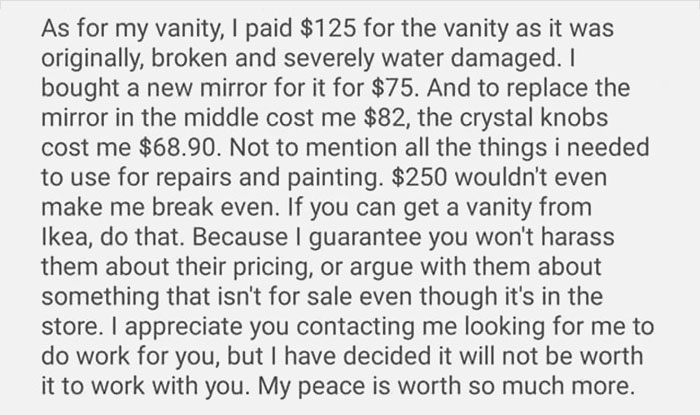 And then the conversation ends with the customer calling her a scam artist. 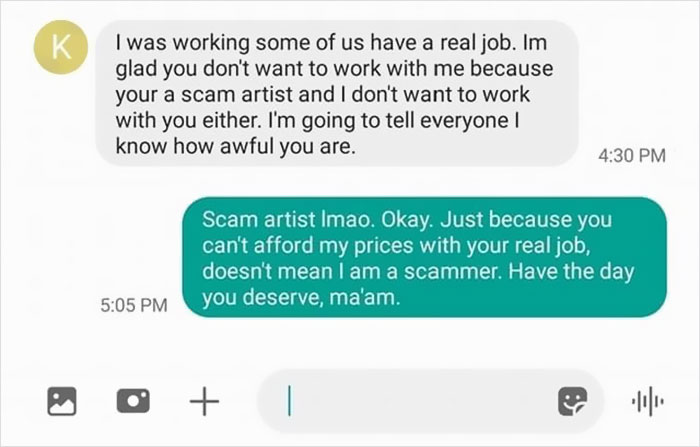 It is as if the whole world is entitled and they think asking for free stuff from artists is okay. I know you are gonna say that she was willing to pay but not really. The amount she probably wanted to pay was not even enough for the materials. This is the epitome of Karen’s everywhere.

People in the comments were just as surprised as the furniture refurbisher.

Yup, this makes perfect sense to me. 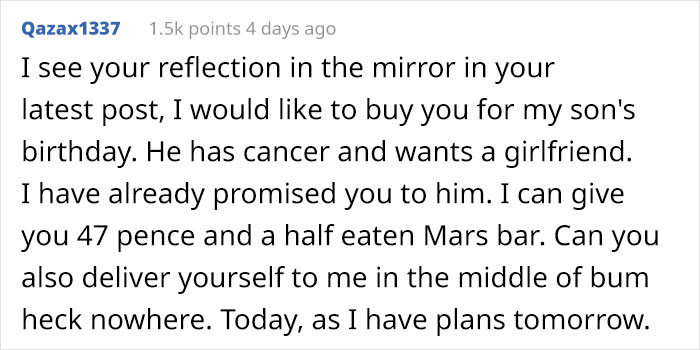 This is exactly how businesses work.

The name suits her perfectly.

I don’t know about that but it does sound like a lot of work.

Some people just expect you to give them everything for free. 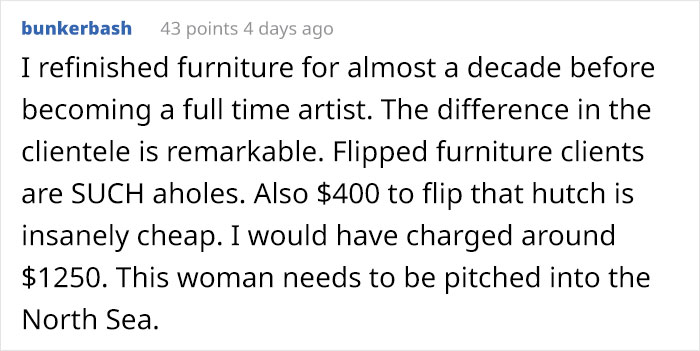 Don’t forget to comment down below what you think of the prices. Would you pay that amount for refurbishing a piece of furniture?