This cat solved a major problem at paw…or at least that’s what it thought.

If you’re a cat owner or have lived with a cat who sort of liked you, you would know that cats absolutely love and enjoy showing their affection and how much they love you. And there are many ways that they show that. It can be by wanting snuggles, wagging that tail, light purring, so on and so forth. But there is this one specific way that almost all the cats use to show affection to those they love and that is by getting them gifts. Cats usually hunt for birds and mice and if they are willing to share their hunts with their owners, know that those cats consider their humans very special. But if you look at things from the owner’s point of view, a dead bird may not be the best gift to receive.

This was the case with a certain adorable cat named Baloo and her owner Ben. Baloo would show her appreciation for Ben by bringing mice and birds from the backyard and presenting them as a gift. Something Ben wasn’t too fond of and had to reject. Here’s what he said:

“She always looked so confused and sad which made me feel pretty bad. I can’t be mad at her for being a cat, and besides, I’m pretty sure she thinks she’s doing good.”

When Ben would release all the critters every time Baloo brought them in, that was when she realized she had to think of some other gift to show her appreciation for Ben.

Scroll down below to see what Baloo came up with to intrigue her owner.

Meet the adorable Baloo who couldn’t really understand why her owner Ben would keep rejecting her live offerings of love i.e. birds and mice. 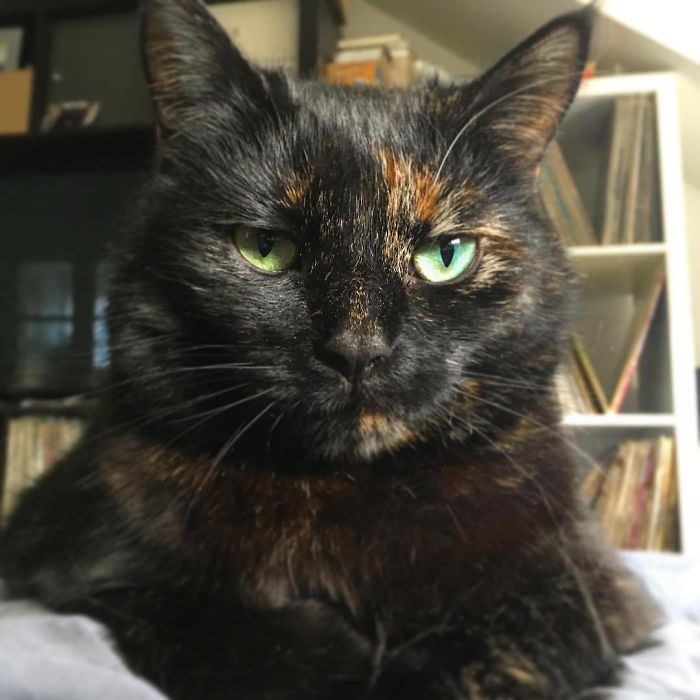 Baloo was quick to realize that Ben has some other tastes in gifts and went out on hunt once again, but this time the hunt was not for prey but for a less alive gift, that was a leaf. A giant leaf.

The confusion was finally over as she realized the right way to go was giant leaves. 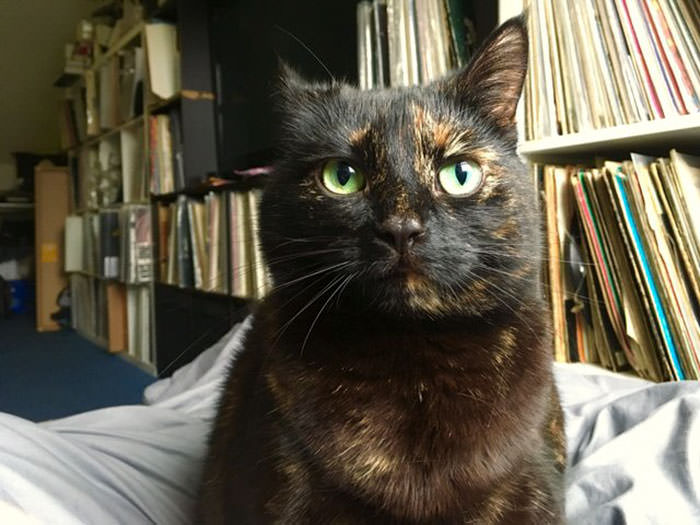 Knowing what she had to do, Baloo set out.

She began her hunt for big leaves for love! 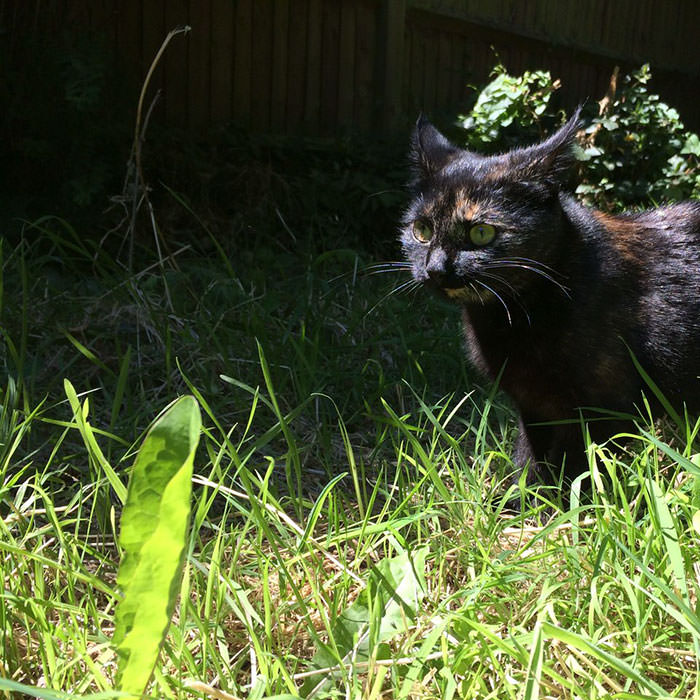 Every morning she would bring in a new big leave for Ben showing her gratitude for giving her a happy furever home. 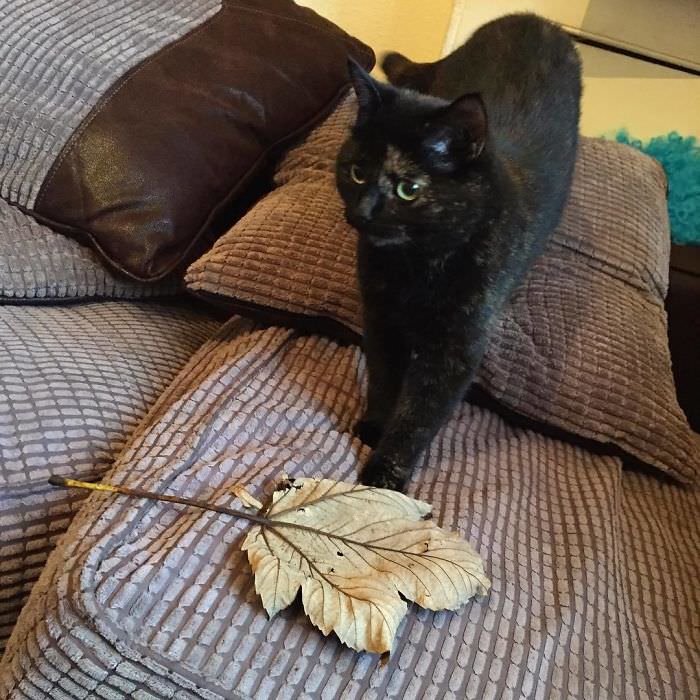 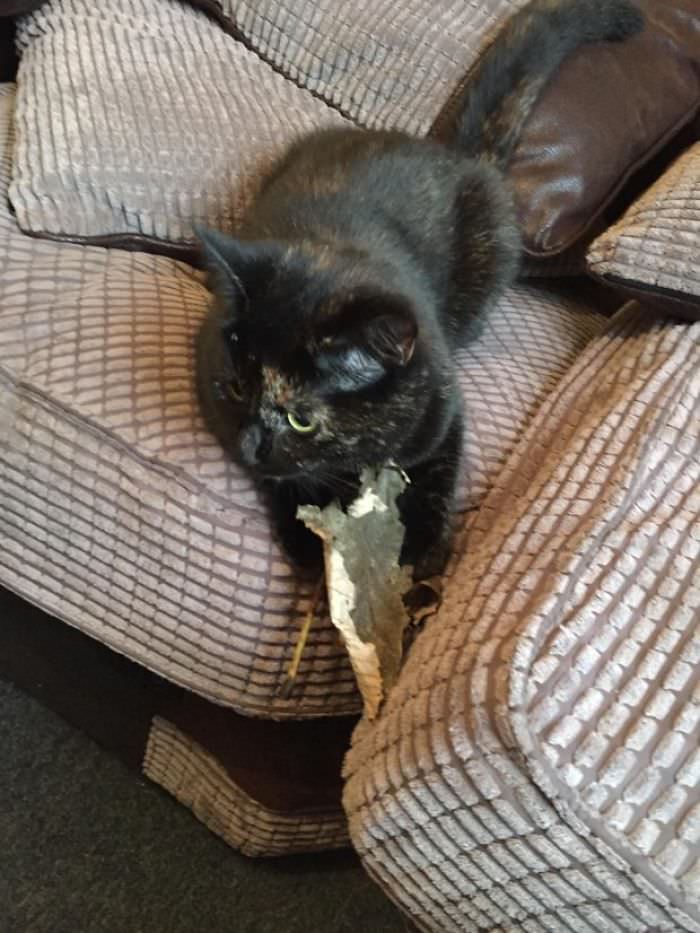 A very nice gesture on her part but she is smarter than you guys think. Although Ben fully appreciated Baloo’s efforts, Baloo realized this wasn’t the right way to go so she worked on her efforts more and more until she finally cracked the code.

The gift that worked required no effort and Baloo was happy to occupy the new, lazier lifestyle for it. 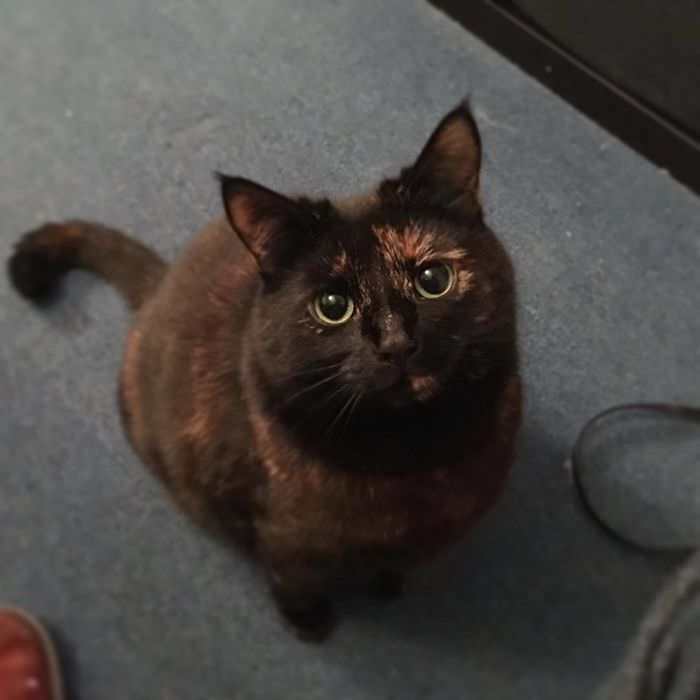 The third time’s the charm. The gift that she chose to show affection to Ben was unlimited snuggles and happy purs. 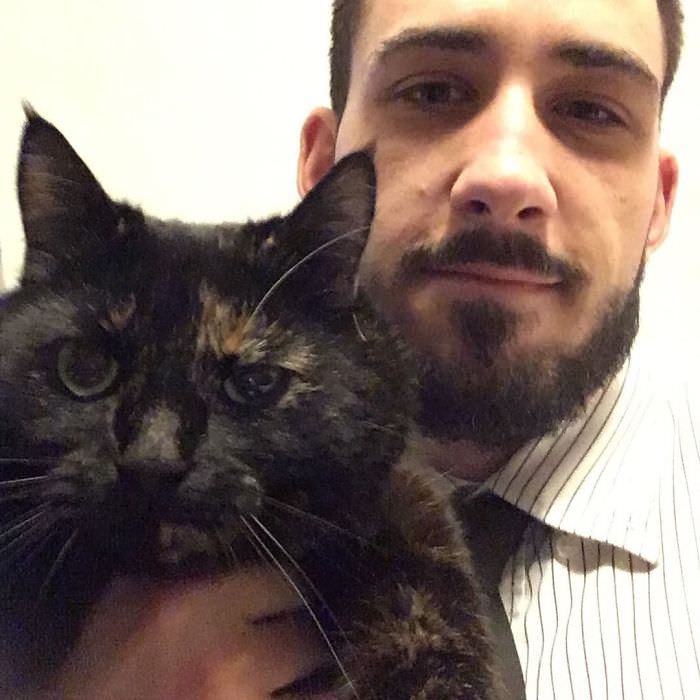 And yes Ben seems to absolutely love it this time!

We wish this duo the absolute best in life. Here’s to Baloo, one of the smartest ones to live out there. 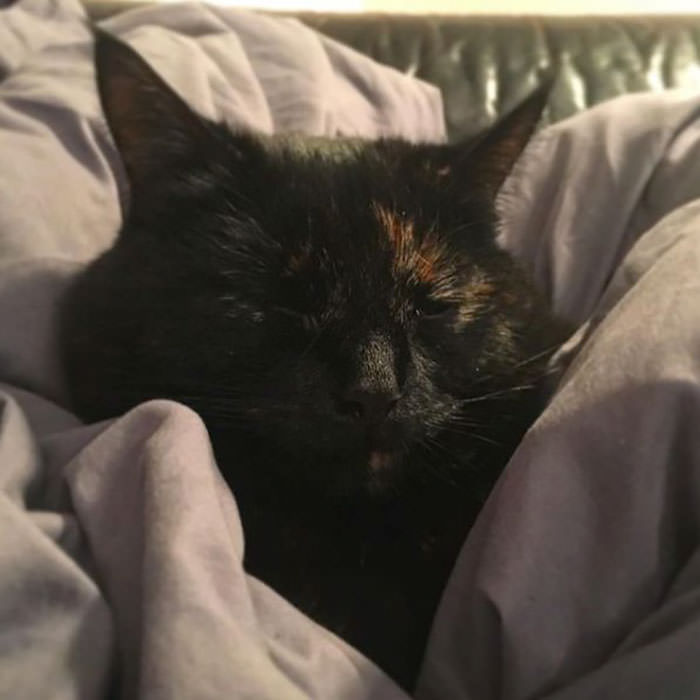 Share how you guys felt in the comments section down below!