Being a cat owner is one of the greatest blessings ever. Even though we can’t claim that we are the “owners” because it seems to be the other way around but hey, we still love that anyway! If you don’t own a cat yet, you have no idea of the amount of fun you are missing! Would you like to know a few interesting facts about our adorable felines? Did you know that cats always end up landing on their feet regardless of how you toss them in the air? Also, a majority of people who don’t own a cat yet have this perception that cats never love back which is absolutely untrue. They love you as much as you do which is why they would rub their tiny little heads against you.

Cats are always there to make us laugh with their hilarious and mischievous acts! Cats have extremely mysterious personalities and can be unpredictable most of the time. So, at any point, if you feel like you know your cat, you will be proved wrong. You can’t be Mr. Know it all, hooman. Anyways, today we have collected some hilarious pictures of cats that are bound to make you laugh. So without any further ado, let’s start looking at the pictures;

1. I don’t always sit like this but when I do it, I make sure to leave an impression.

2. I always wondered where the bottlecaps are disappearing. Now I know who’s the culprit.

4. Imagine chilling on your balcony and suddenly you feel as if someone’s staring at you and when you look…

6. I think the cat has been overcharged. It’s safe to take it off of the charger now.

7. Imagine walking to this at 2 am. Well, I would definitely sh*t my pants.

9. Disadvantages of having a black cat: You can’t spot it.

10. What exactly made you think we’d prefer a couch over a cardboard box to chill, hooman?

Sorry to interrupt you there but did you know that cats only meow to humans? Whenever you see a cat meowing at you, they are trying to communicate with you. Cats do not meow at each other but would rather communicate through their body movements or hissing. Anyways, more hilarious pictures coming up ahead so buckle up, folks!

11. It was at this moment that this cat realized he fu*ked up.

12. This reminds me of that meme that got famous of Leonardo Dicaprio from the movie Inception.

14. Hooman, I think there’s a car coming up ahead.

15. Awww… look at this adorable little kitty chilling in the sink. Yeah, in a SINK.

16. When the guests are over in the house and you hear them coming upstairs towards your room: 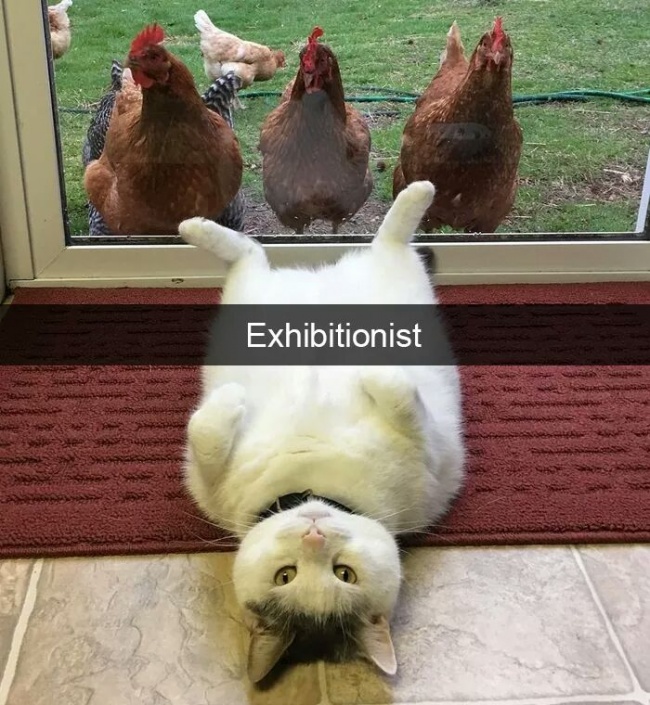 18. Such creativity, much wow!

19. Everyone must bow down to your queen!

20. One of you guys was supposed to keep an eye on the hooman! 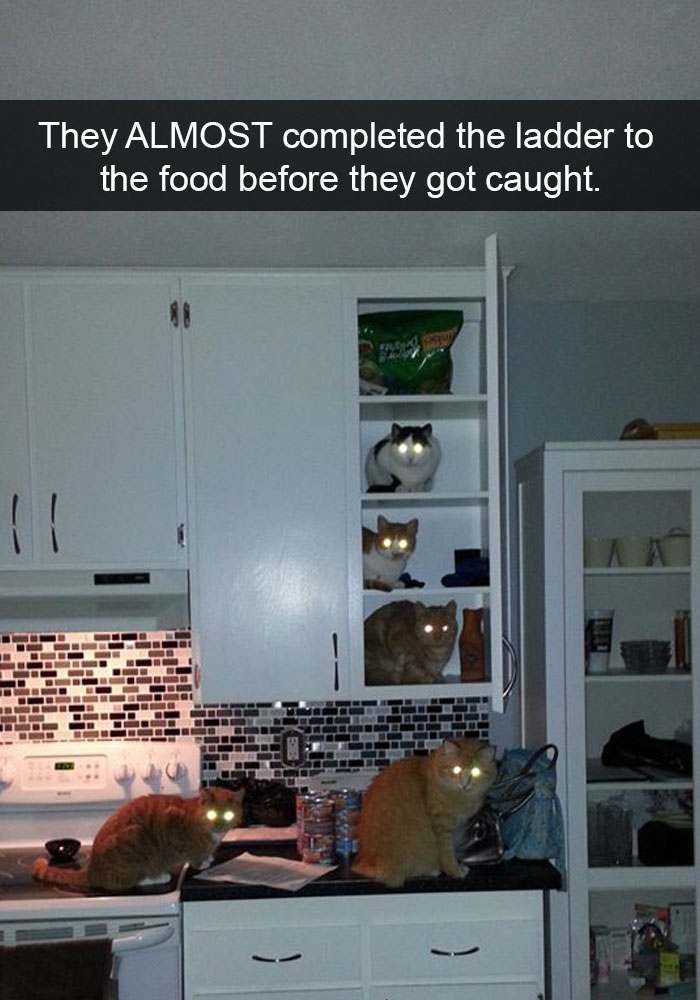 Well, as we have reached the end of the post, we sincerely hope that you enjoyed reading the article and watching the hilarious cat pictures. We would love to know which one of these pictures made you laugh the most? Also, we’d also like you to share the most hilarious encounter you’ve had with your cat! Feel free to use the comments section below.