Cats are great at making a mess.

Which we all know they do intentionally. I mean, we have all seen the videos where cats are agile enough to move through several bottles without even tipping one. That just goes to show that cats are actually quite adept at agility and only do this sort of stuff to annoy us. Because they know we will love them regardless even if they break everything in our sight and ruin our expensive furniture. Can you tell, I am a bit bitter? Anyway, today we are going to take a look at the shenanigans cats get up to.

Usually, we see the aftermath of their antics and it is always messy. However, this time we get to catch them red-handed and it is just as glorious as it sounds. Even if it doesn’t matter in the end. After all, it is not as if we are ever going to punish our beloved fluff balls. So just scroll below and take a look at what these cats were doing to mess with their humans.

I would warn you not to read this if you have a cat and drink a lot of beverages in cups.

#2 It’s still cleaner than a sibling dunking the brush in the toilet.

#3 Maybe he is trying to fertilize the soil?

#5 At least he is not buying her bathwater.

#6 He is deconstructing the dish.

#10 It is of course the first time. Not like she does it every time.

#11 We are all proud of different things.

#12 Are we even surprised at this behavior?

#13 So did he drag away the shoe at the end anyway?

All of these antics might seem like cats are doing it to annoy us. But in reality, cats just want attention and are curious by nature. So they will throw things not because they are agents of chaos (which they are) but because they want to see what happens. They are just like human babies as they are discovering everything for the first time and rarely do they learn from their first time.

However, it isn’t impossible to train them. Although it is hard.

#14 That would just scare me when I clean the box.

#15 This is why it is necessary to cover your cup with something.

Or drink your beverage while it is scalding hot.

#17 That is one way to get beauty sleep.

#19 Where did the loaf of bread come from?

#20 Cats don’t really have what one would call a refined palate.

#23 They are making their own fun.

#25 What else was she supposed to do? Not get angry?

#27 I hope they aren’t broken because glasses are expensive.

What is the weirdest thing you have caught your cat doing? Share your misery with us by commenting down below. 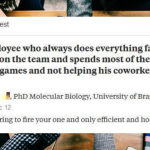 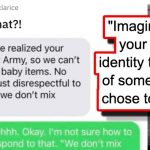 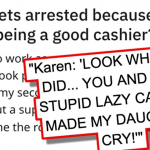