As much as our cats might hate going to the veterinarian, it is an important part of the routine. We have to make sure they’re not diseased, infected, or otherwise unhealthy, and that means putting them in the infamous cone of shame sometimes. Be it so that they stop licking parts of themselves, or that viruses don’t spread, or even something as simple as encouraging them not to scratch or lick an injury. Either way, it’s a common practice in the vet community, and it’s often very amusing to us pet owners.

Why? Well, because the cone of shame, as the name indicates, is very effective at shaming the pets. And cats, being the kind of holier-than-thou pet that they are, respond to them so strangely and unusually that you can’t help but laugh. Beside,s having a transparent cone around your cat’s head allows you to decorate it in ways that make it look like your cat has a moustache, a manly moustache, that would be the envy of all your friends. Check it out yourself. 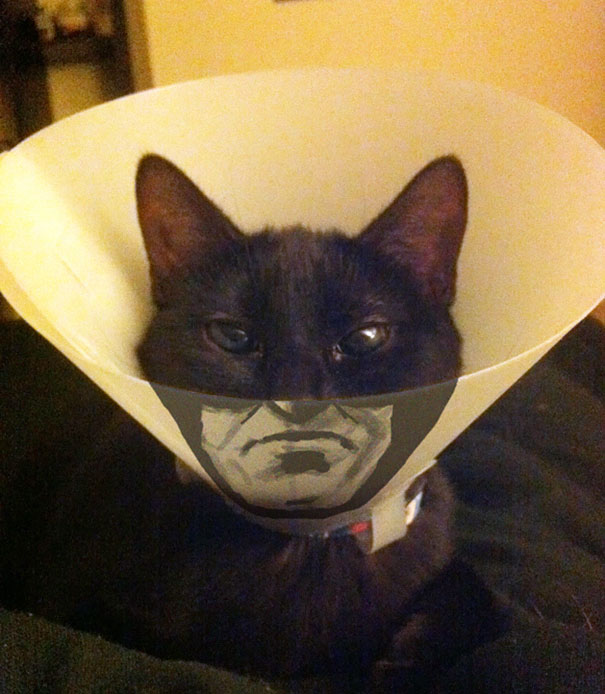 The people over at Sydney discussed the effects of the Cone of Shame!

Dog and cat owners already know their companion animals seem to loathe the ‘cone of shame’ they are required to wear after surgery or when they have a sore or itchy spot. But very little research has been done to assess the cone’s impact on animal welfare. 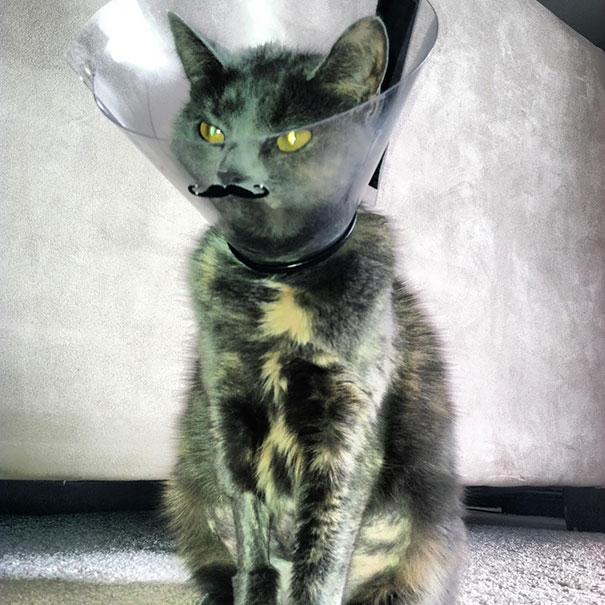 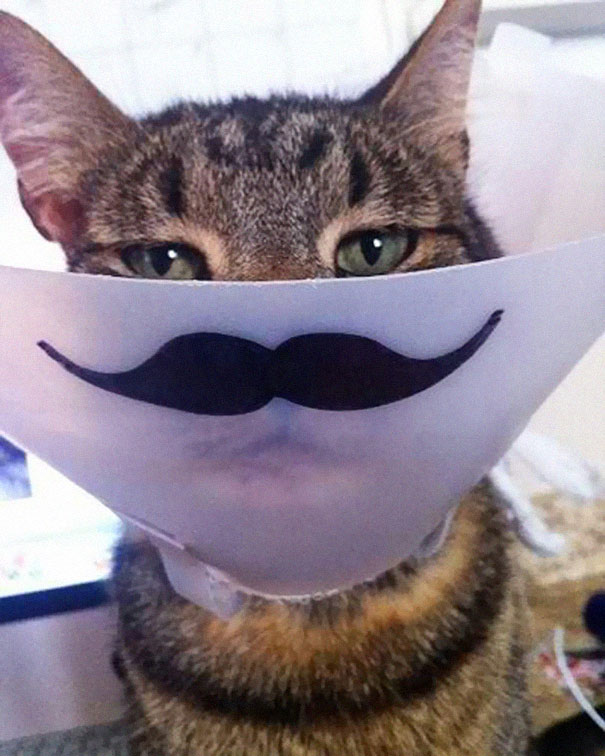 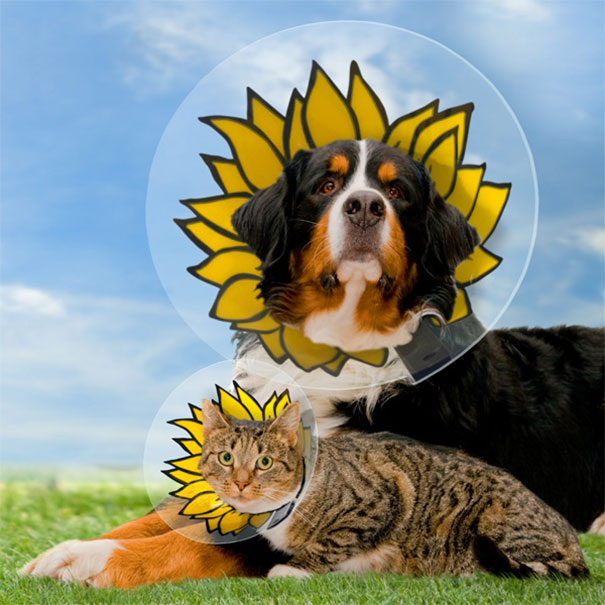 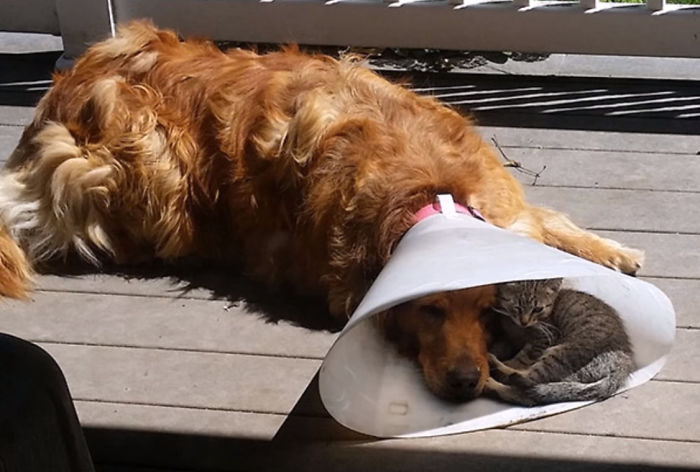 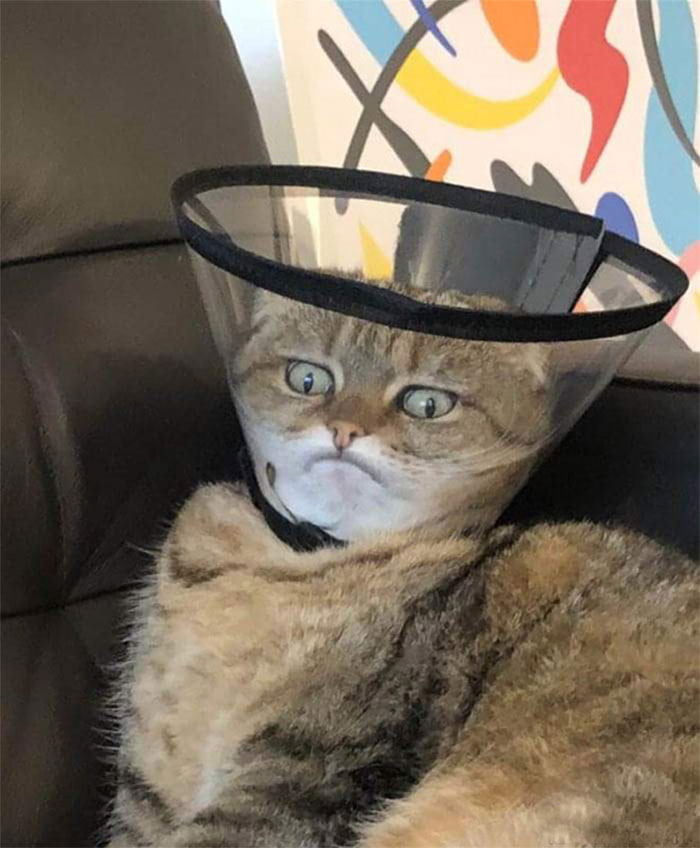 Now a new study by researchers in the Sydney School of Veterinary Science at the University of Sydney has found the cone, or the ‘Elizabethan collar’ as it’s known in vet circles, does indeed impact on an animal’s quality of life – owners, too. The study, undertaken by Doctor of Veterinary Medicine student Yustina Shenoda and supervisors in the Sydney School of Veterinary Science, and published in the journal Animals, surveyed owners about the collar’s impact on their pet’s sleep, eating, drinking, exercise, interactions with other animals and overall quality of life. 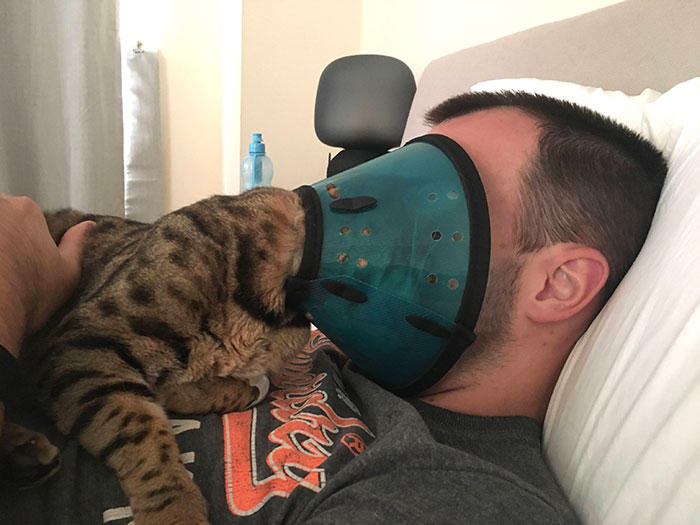 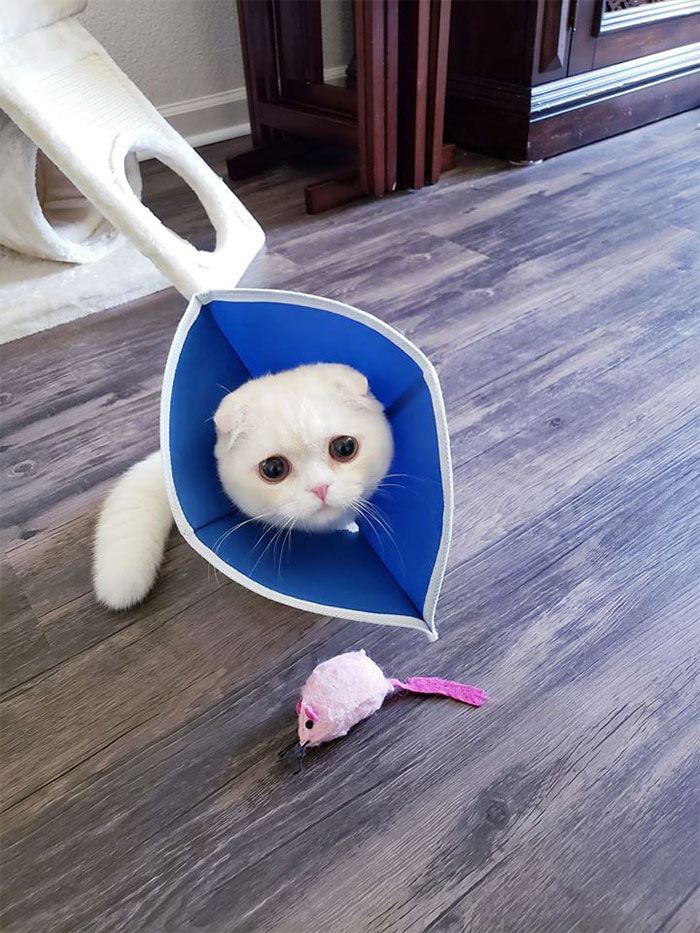 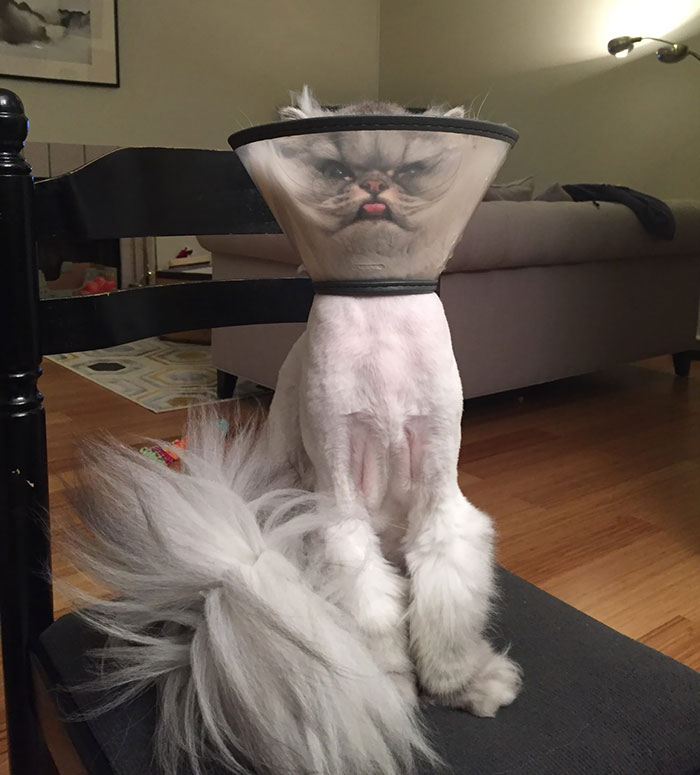 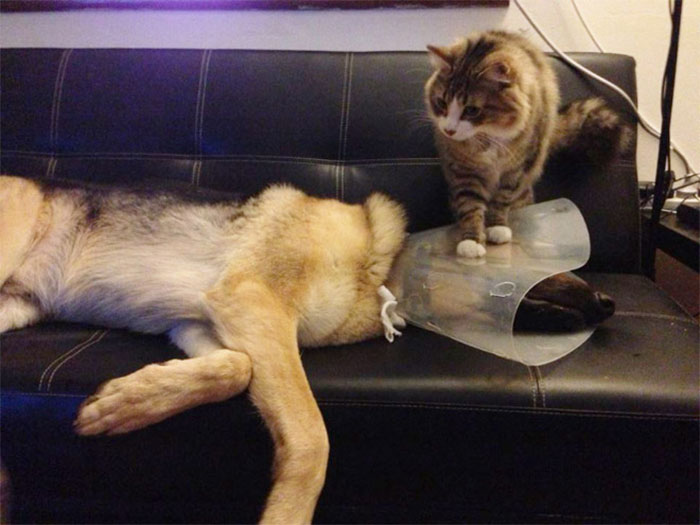 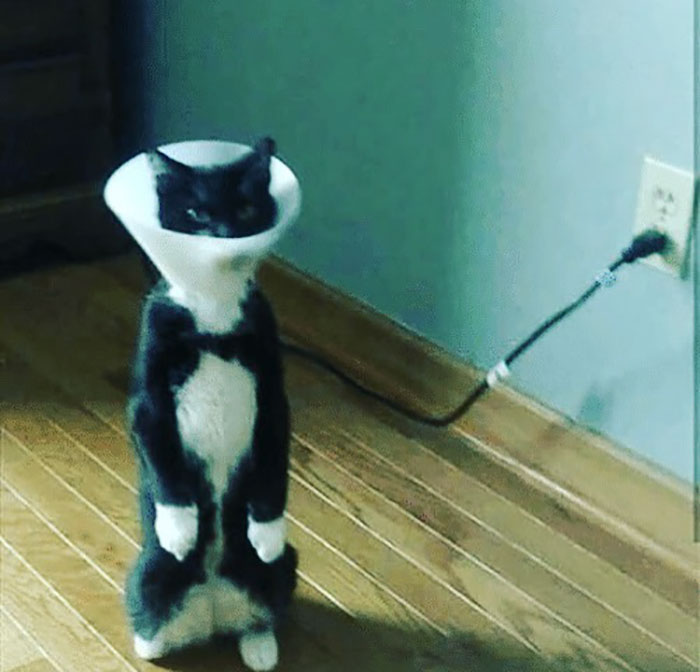 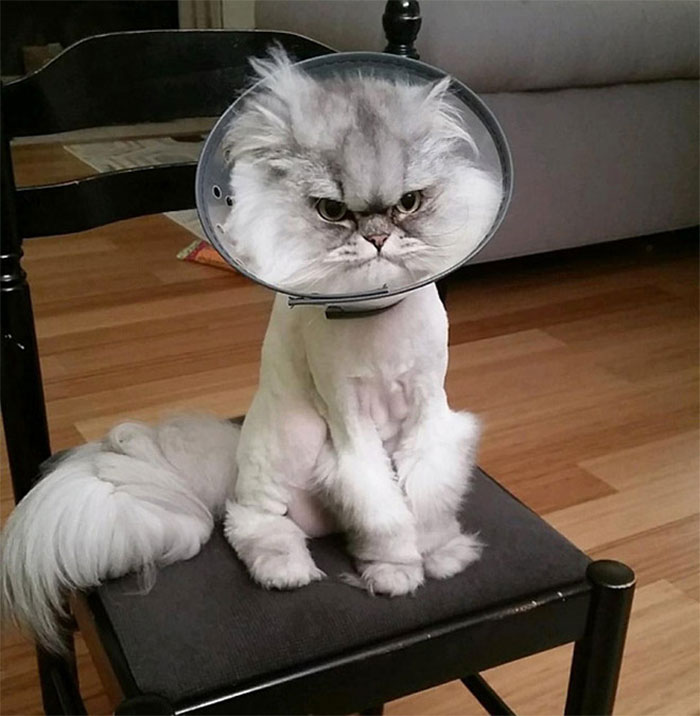 Owners reported the collar interferes with drinking and playing and can cause injuries or irritation to the animal. It can also cause injuries to their owners and damage to property. “Elizabethan collars are used to prevent self-trauma, especially after surgery, so they do play an important role,” said study supervisor Dr Anne Fawcett. “But we also learned that some animals suffer from misadventure, injury or irritation due to the collars themselves. Other casualties included furniture, buildings and the legs of owners when Elizabethan-collar wearing owners ran into them.” 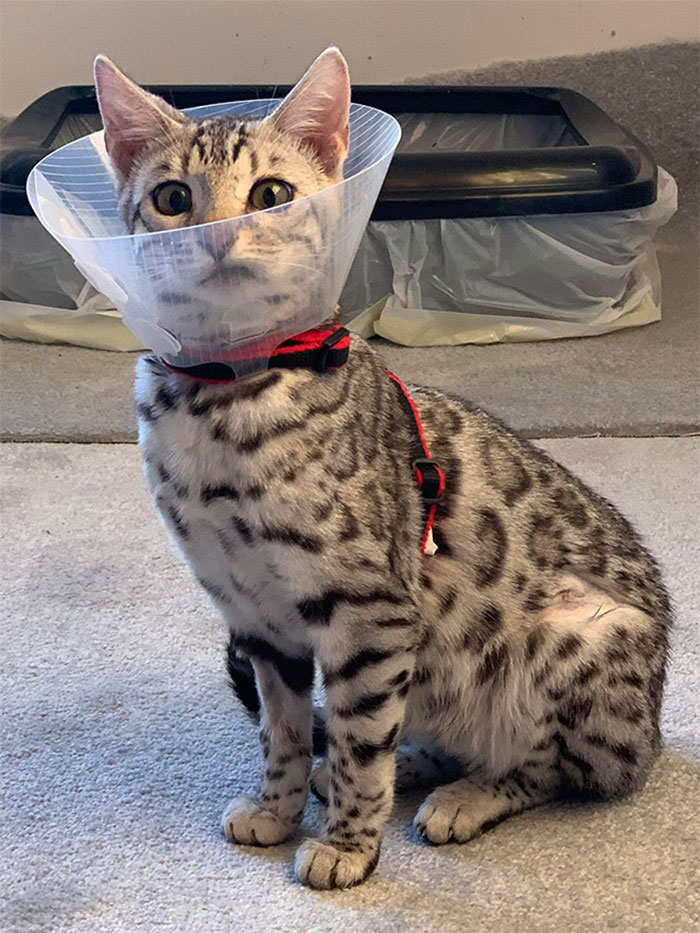 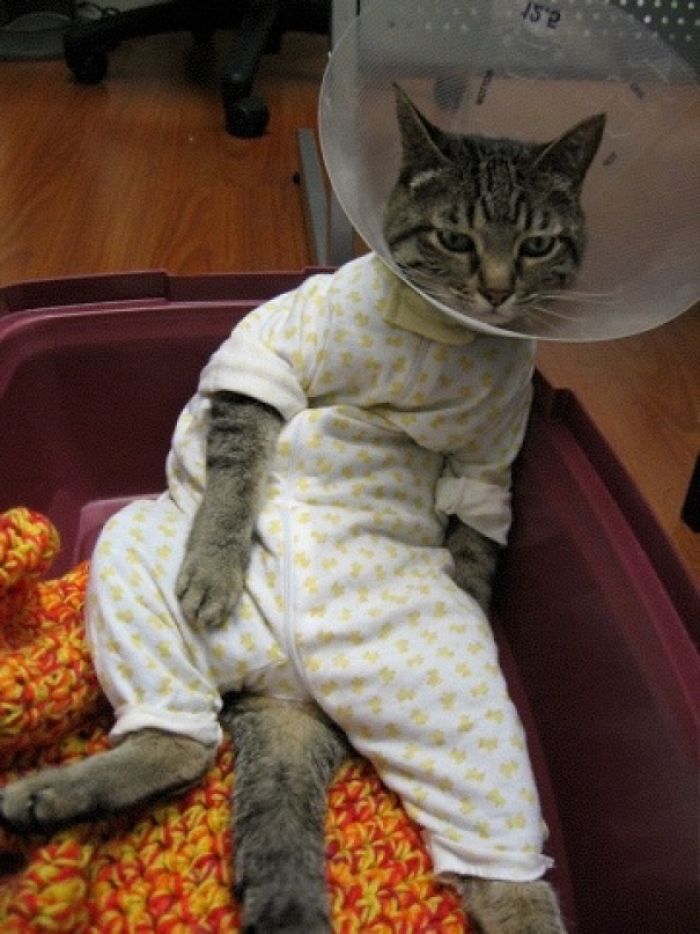 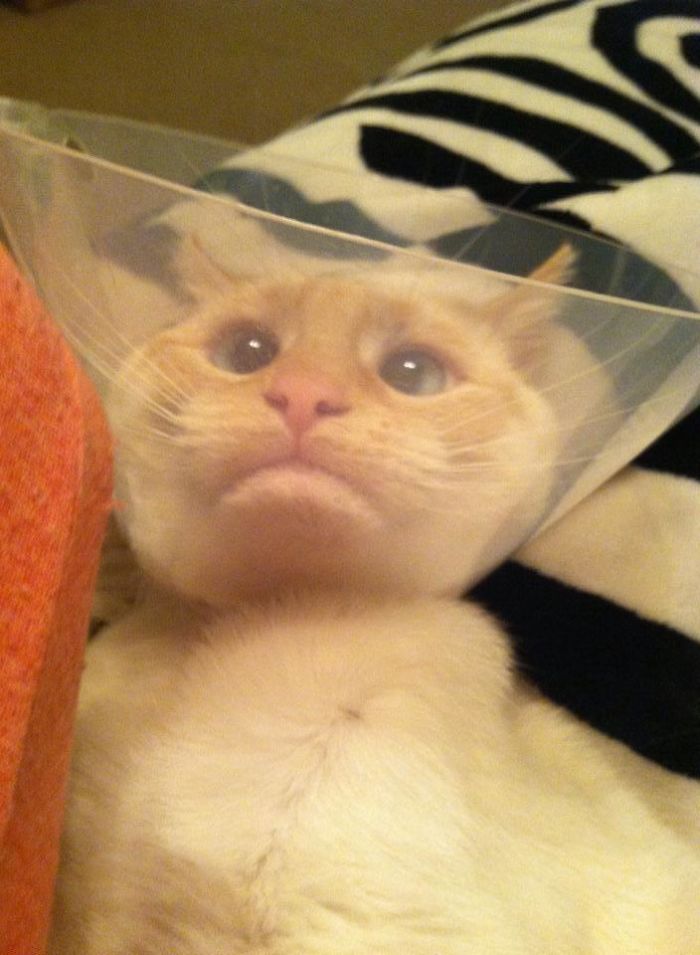 #16 Vengeance is being plotted 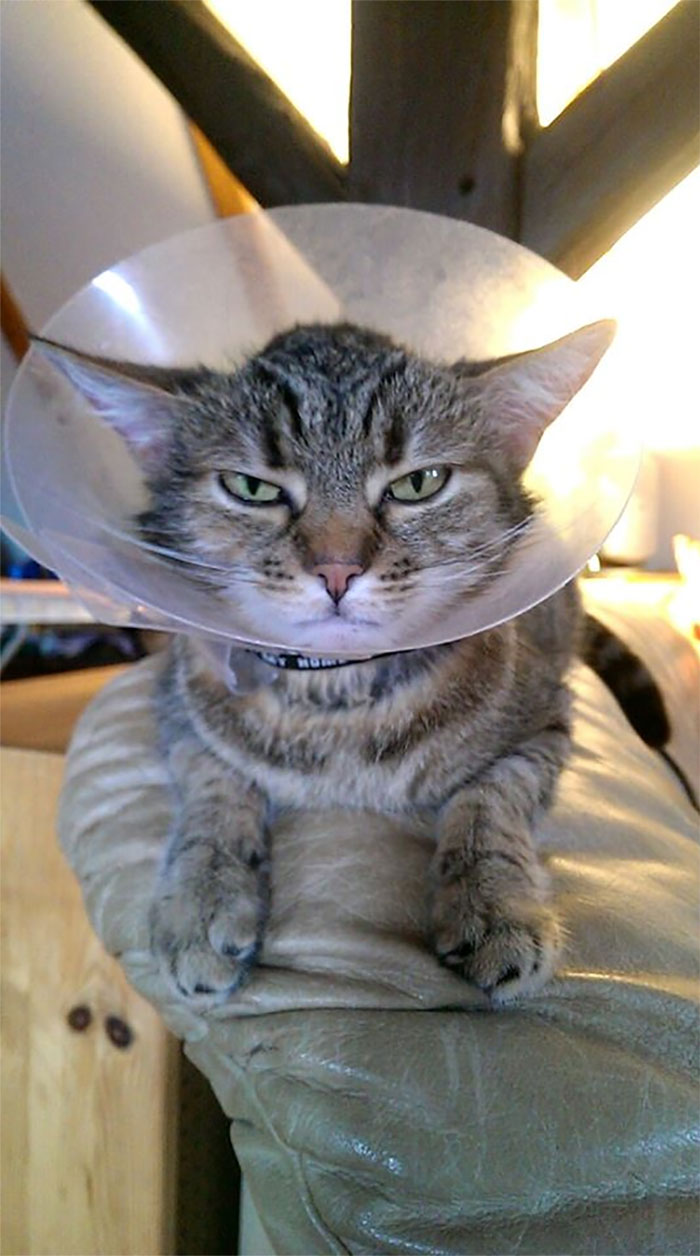 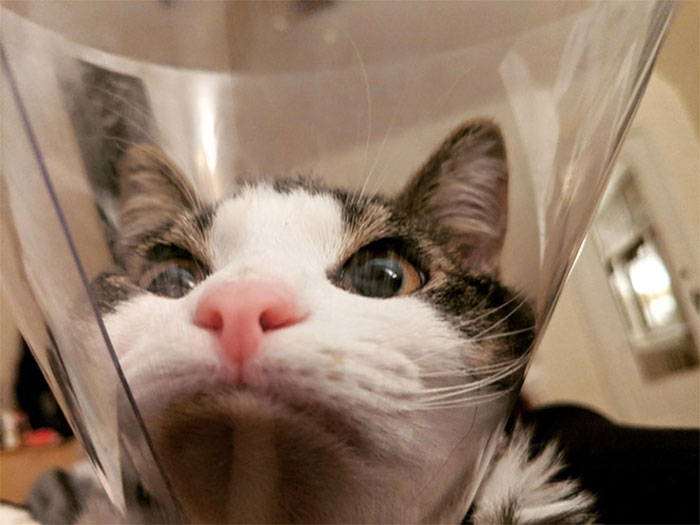 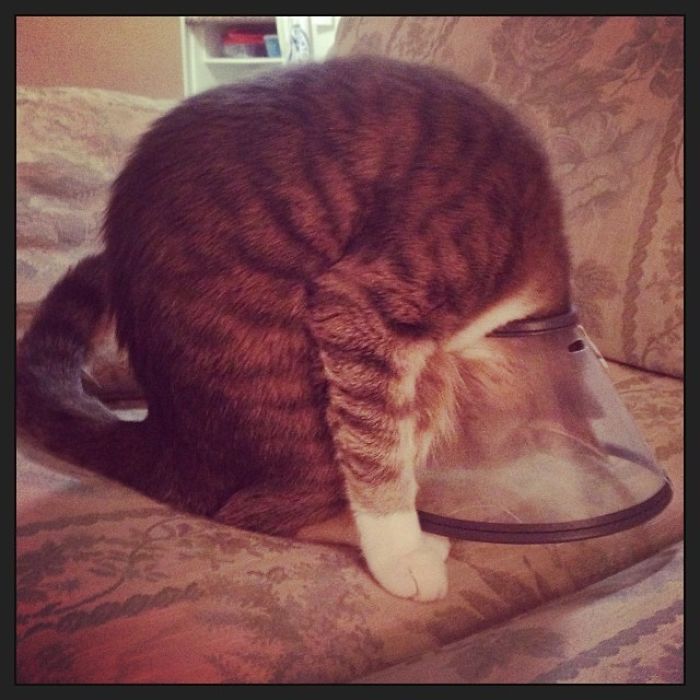 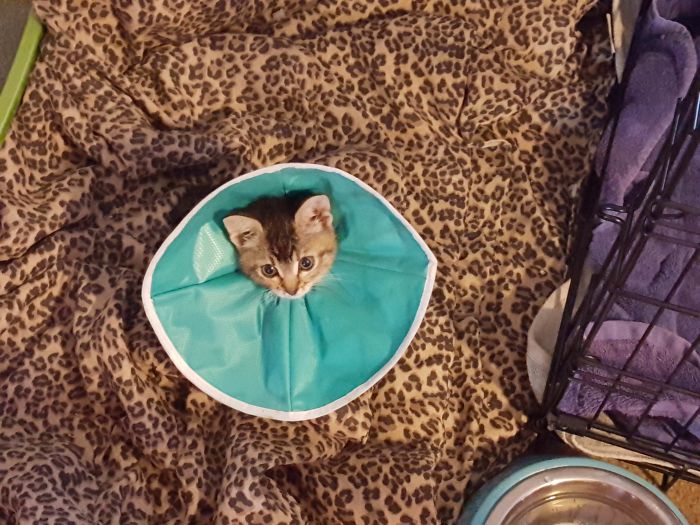 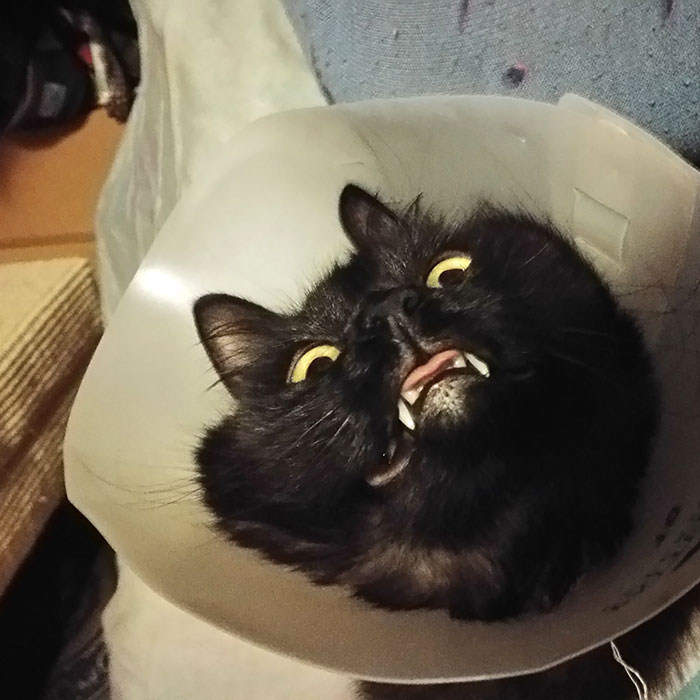 What about you? What’s your cat like in a cone of shame?