Who said Halloween is only for humans?

I would say that our pets are the ones who look their best while donning a costume. While it is true that most if not all animals hate when they have to wear any sort of costume or clothes, some of them relish the idea of posing. And it is certainly more interesting to see than most celebrities trying their best to show as much skin as possible on Halloween while forgetting about the creativity behind it all.

However, we are not here to hate on anything. On the contrary, we are here to take a look at some of the best costumes an adorable cat named Nak has donned throughout his life. His owner who goes by the name Freya loves to construct unique backdrops and costumes for the stylish cat.

And you can take a look for yourself by scrolling below.

#1 Bob Ross would be proud of this. 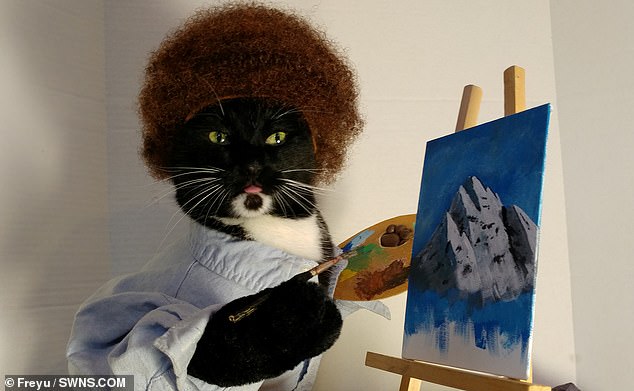 #2 Are we getting a little bit of accurate history in between as well? 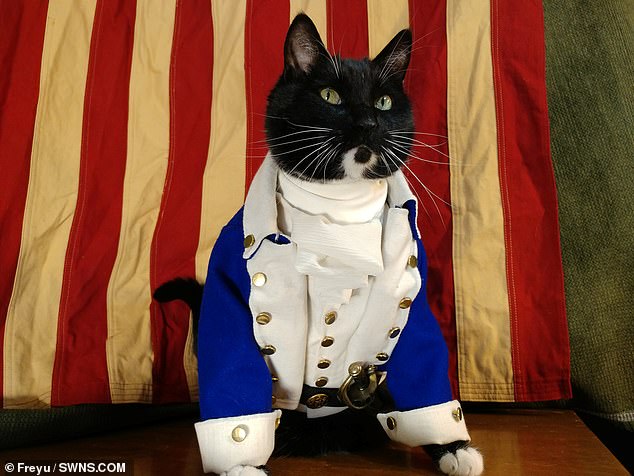 #3 Link is ready to save the princess once again. 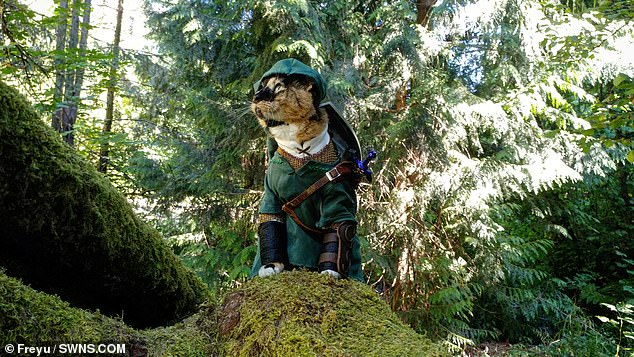 #4 If only strangers things had an entire cast of cats. I might have watched it then. 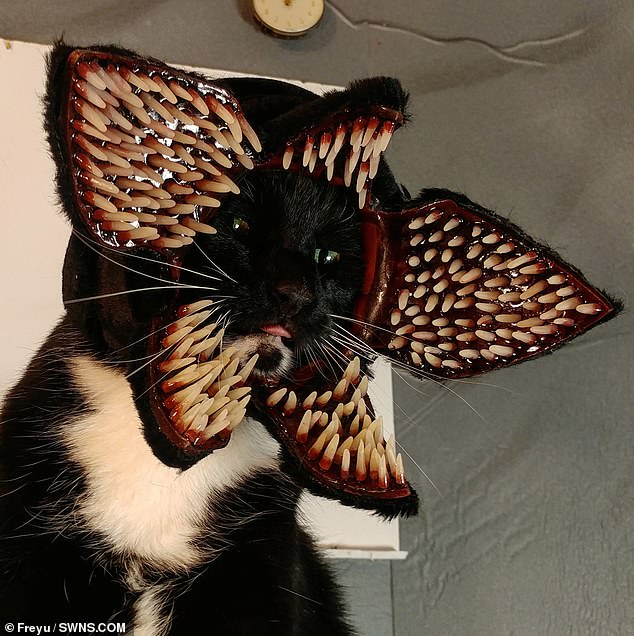 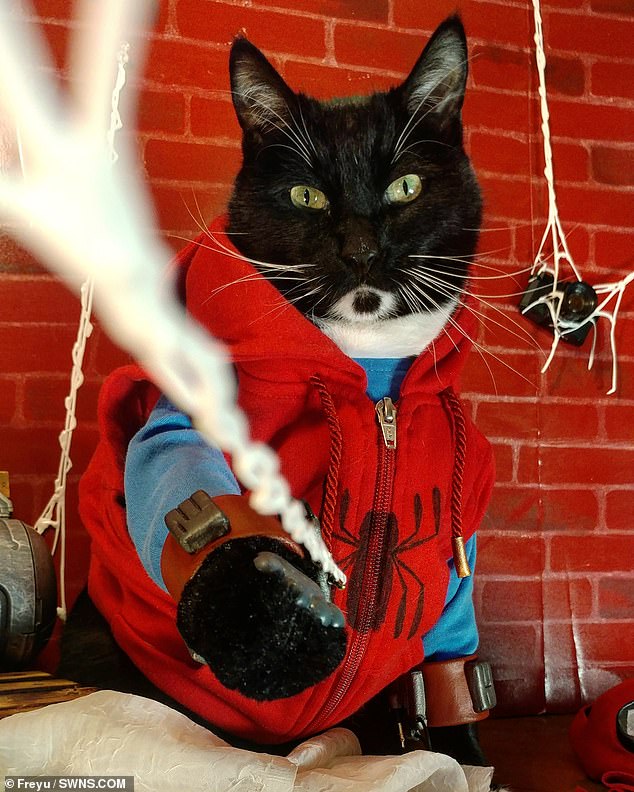 Nak used to ride around on my shoulders everywhere, and once we put her in a little Jack Sparrow costume for a Renaissance fair. Everyone found it so amazing that I went home and made a dragon outfit, with scales and fully articulating wings. -Freyu

#6 The fangs are hidden to lure you into a false sense of security. 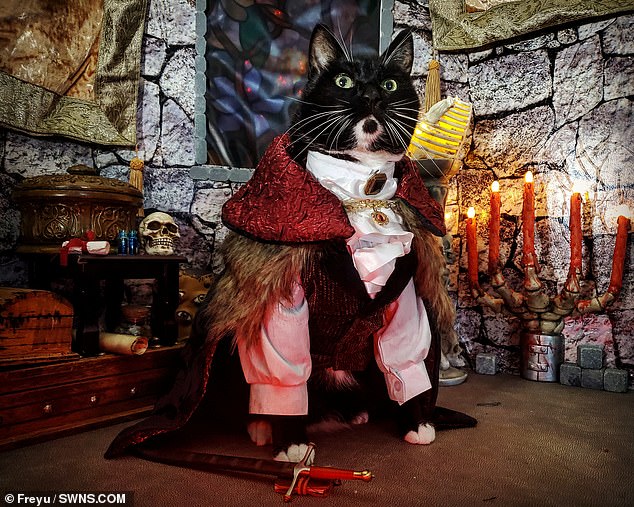 #7 I might not be the biggest fan of overwatch but this costume is impeccable. 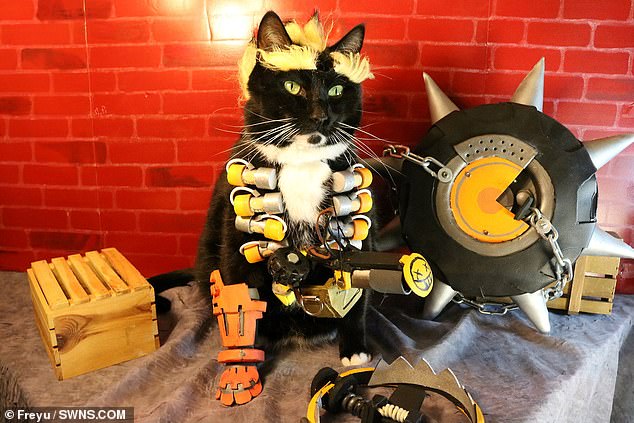 #8 This cat knows nothing of what he has started. 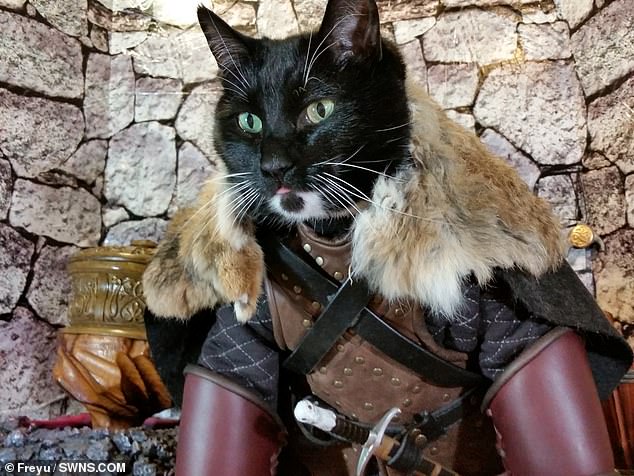 #9 Cyberpunk hasn’t even released and we are already getting a costume? 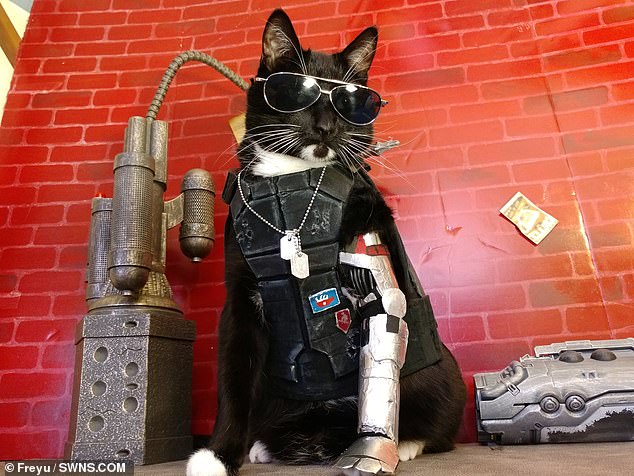 #10 The perfect hobbit if I say so myself. 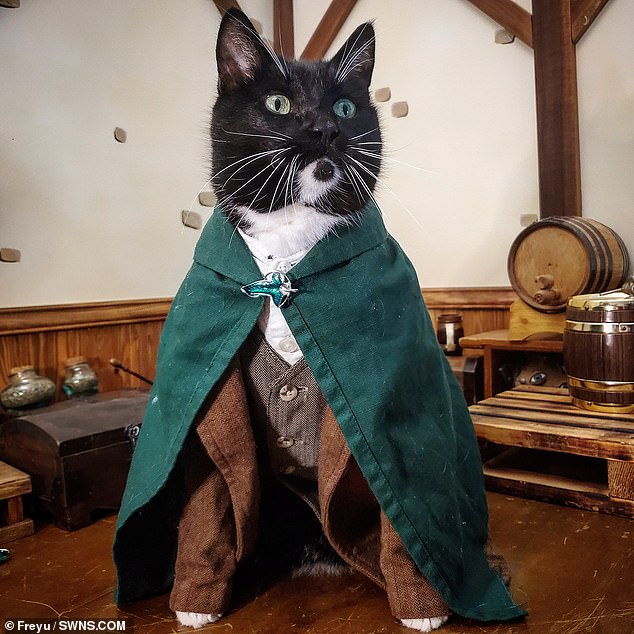 #11 No merchant in Skyrim was ever dressed so lavishly. 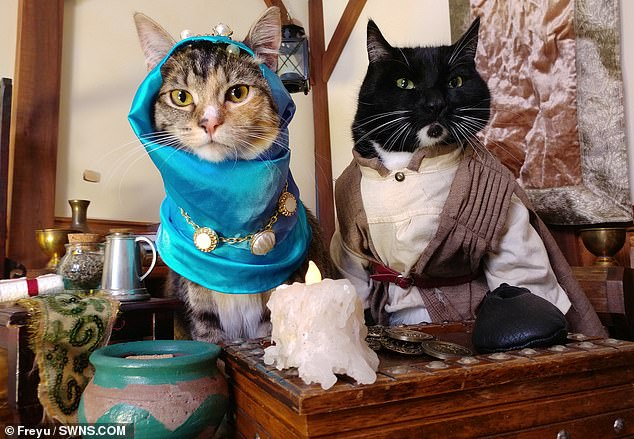 #12 For those who don’t know, this is Vax’ildam from the game Critical Role. 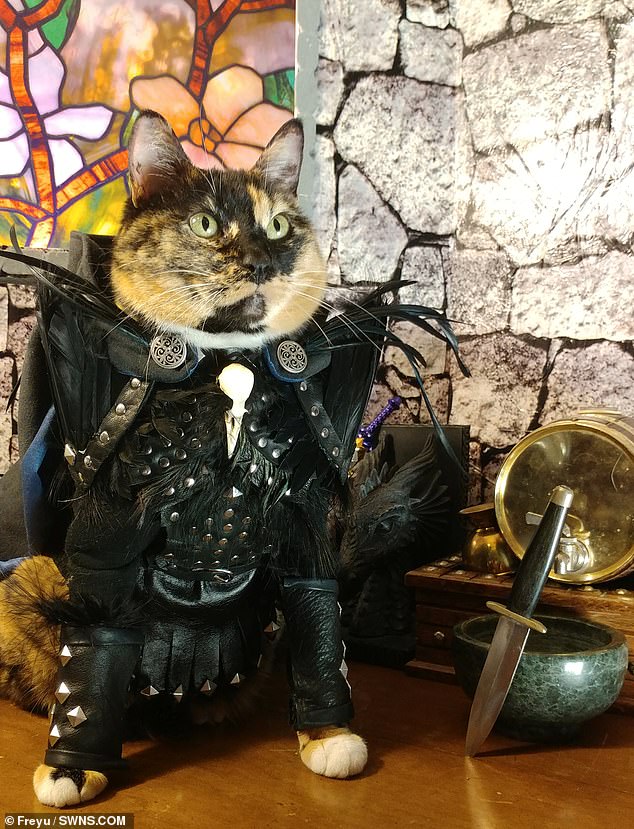 Generally, my favorite costumes are the ones I’m working on at the time because the act of crafting them brings me so much joy. – Freyu

#13 We even have a bit of Anime thrown in here for good measure. Say hello to Deku. 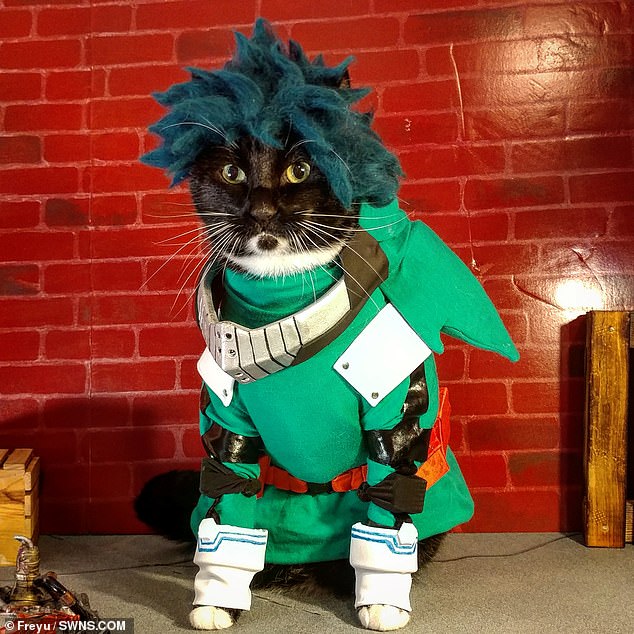 #14 Another hobbit costume but this time he is joined by his friend. 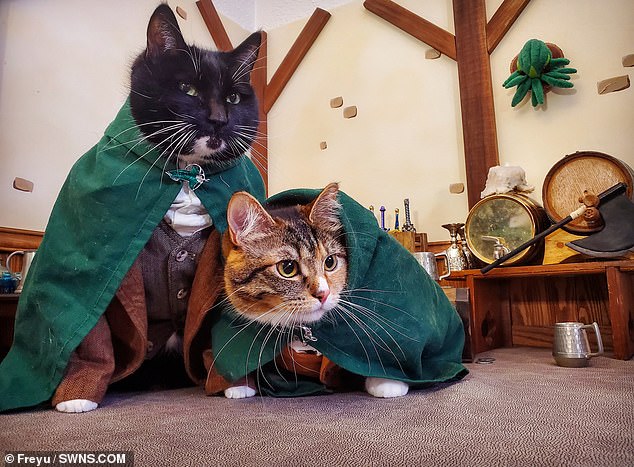 #15 Guilllermo from What We Do In The Shadows is looking quite fetching here actually. 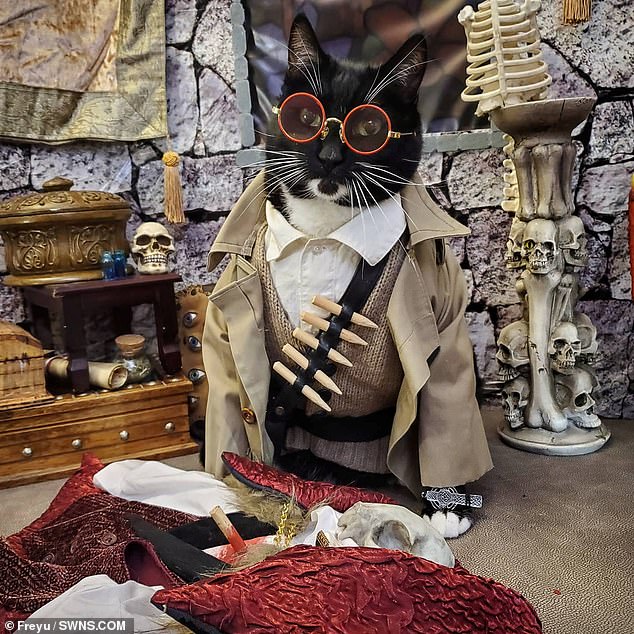 #16 Hiccups costume looks great and all but where is the prosthetic leg? 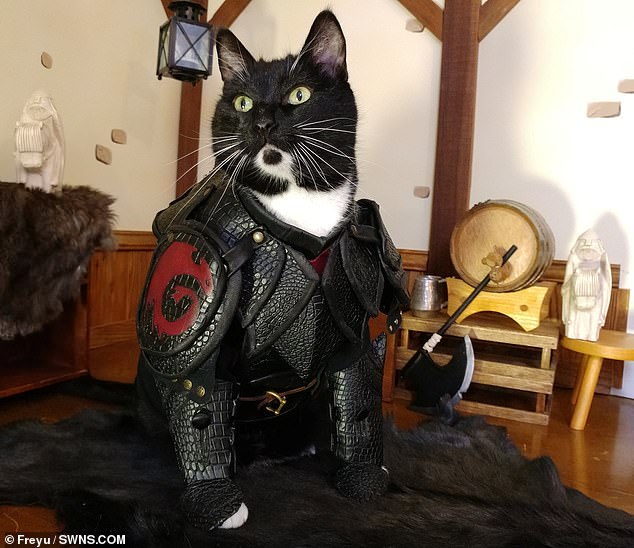 #17 Who needs Keanu Reeves when you have Nak to play Constatine? 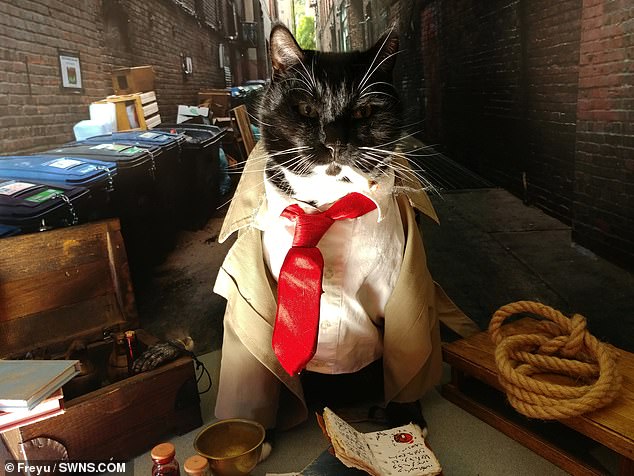 Have you ever tried to dress up your cat as something? If so, how did it go? Comment down below and let us know. Don’t forget to share it as well.