Pregnant women are unpredictable. They want some ice cream one moment and some steak the very next moment. Not only that, they are also constantly complaining about something. Well, it’s not their fault, this is all due to the hormonal changes they go through. After all, they’re carrying a life inside of them. Along with the mood swings, pregnancy brings about a lot of physical and psychological changes in parents. Especially, if they are first-time parents.They are about to begin a brand new chapter of their life and it’s definitely one of the most beautiful ones.

Mothers carrying their first child have a lot of pressure on themselves. In fact, both the parents do. They are worried if they would make good parents for their child or not. The health of the mother is another thing that parents have to take care. It’s one thing they can’t risk. However, everything goes back to normal once the baby is born and the joy it brings in parent’s lives is priceless. Where pregnancy causes mothers to become stingy, fathers are tested for patience. Some dads remain calm while others lose their cool and have a major breakdown. Just like this dad-to-be from a Reddit post who was annoyed by his high-maintenance pregnant wife. Scroll down to read the whole story.

Not the only woman in the world to have a baby. 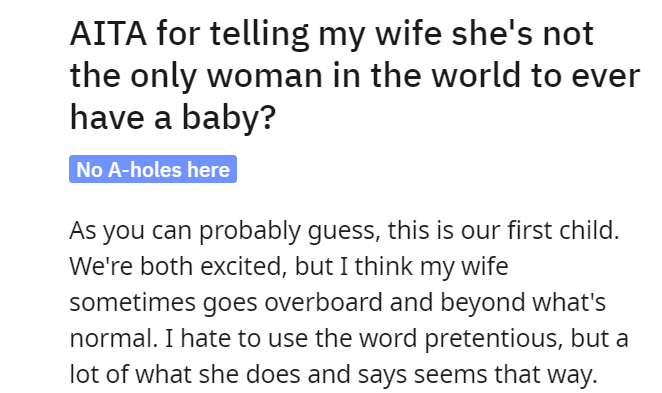 OP tried telling his wife about her behavior. 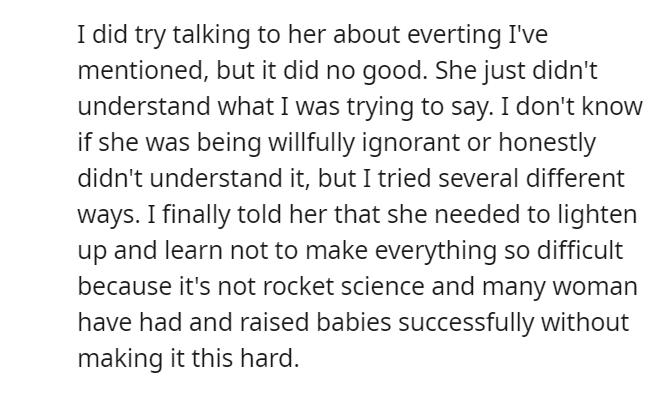 Her judgement has been off.

OP adds in some examples of his wife’s behavior. 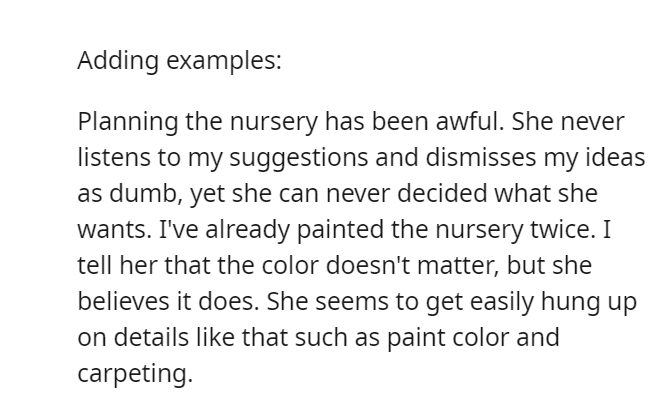 Maternity shoot took 3 hours instead of 2 and wife is not ready to take any advice.

Wife doesn’t think that OP understands because he’s the dad.

A child needs both its parents for a healthy and appropriate brought up. Both the mother and father have their own significance. It is wrong to think that husbands are not important or that they are not qualified enough to understand what the mother is going through. Men may not say anything but they patiently bear a woman’s mood swings during her pregnancy just because they understand her condition and care for her. Although OP’s wife’s situation is understandable that she is going through so much in her body that is making her physically and mentally stressed, but not appreciating OP and his efforts is rude. After OP posted this post in the subreddit “Am I the as*hole” a lot of redditors shared their opinions regarding this matter. Here’s what they had to say. Scroll down to read.

That behavior is never justified.

Hormones are not an excuse.

Maintaining a respectful relationship with husband.

It is better to have patience, faith and hope because wonderful things are about to happen. So both the husband and the wife need to maintain a level of respect between them and value each other. This is the only way they can survive this. What do you guys think about it? Let us know in the comments below.