It’s an oldie but a goodie, this tale. In terms of trash like that, this story definitely takes the cake. We’ve been talking a lot about entitled cheapskates. After watching these woman’s kids for eight hours, the babysitter was not paid the prearranged amount of $16 per hour. The babysitting client had argued that a free day of fun and ice cream was a reasonable trade-off. It goes without saying that the babysitter disagreed and posted screenshots on Reddit. They went viral rapidly, and Redditors urged the babysitter to sue the rude mother. The mother ultimately had her just desserts, and we’re fairly certain that the experience was better than getting free ice cream.

You really won’t believe this but this actually happened. Do you want to hear that story yourself? Scroll down below to take a look at the screenshots of the conversation with a cheap stake mother.

1. This is how it all started. When OP’s sister asked for payment from the mother, she denied agreeing to it in the first place and asked for proof 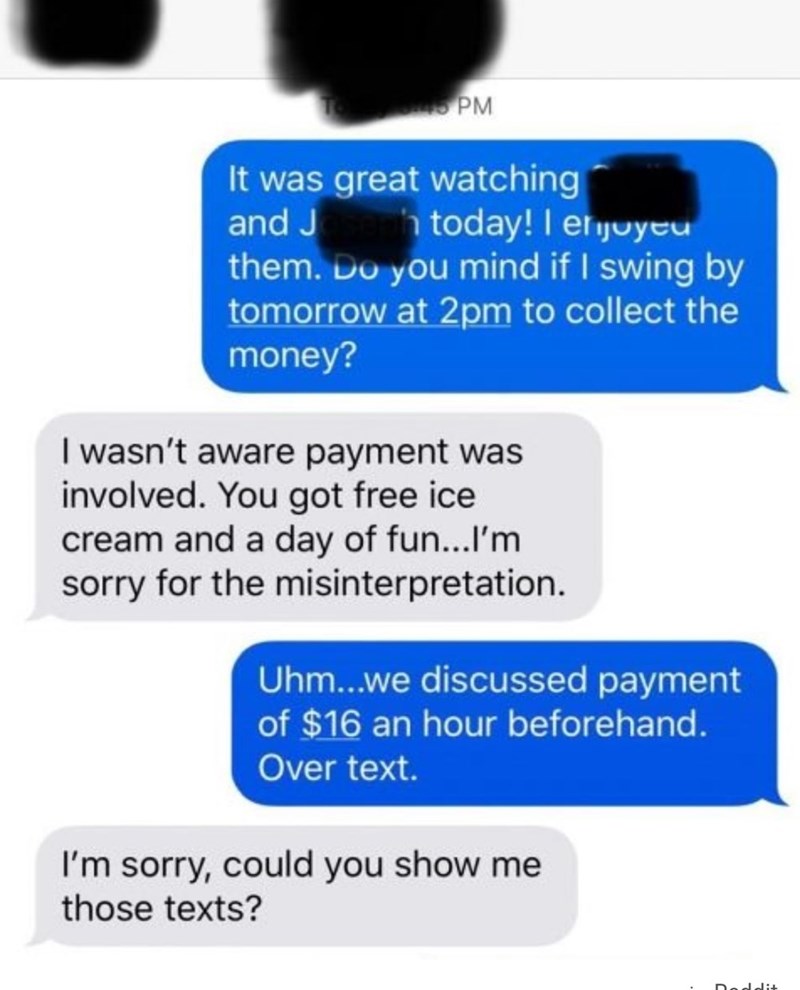 2. When OP’s sister showed the mother her texts, she said she usually deletes messages and then asked to agree on $20 total 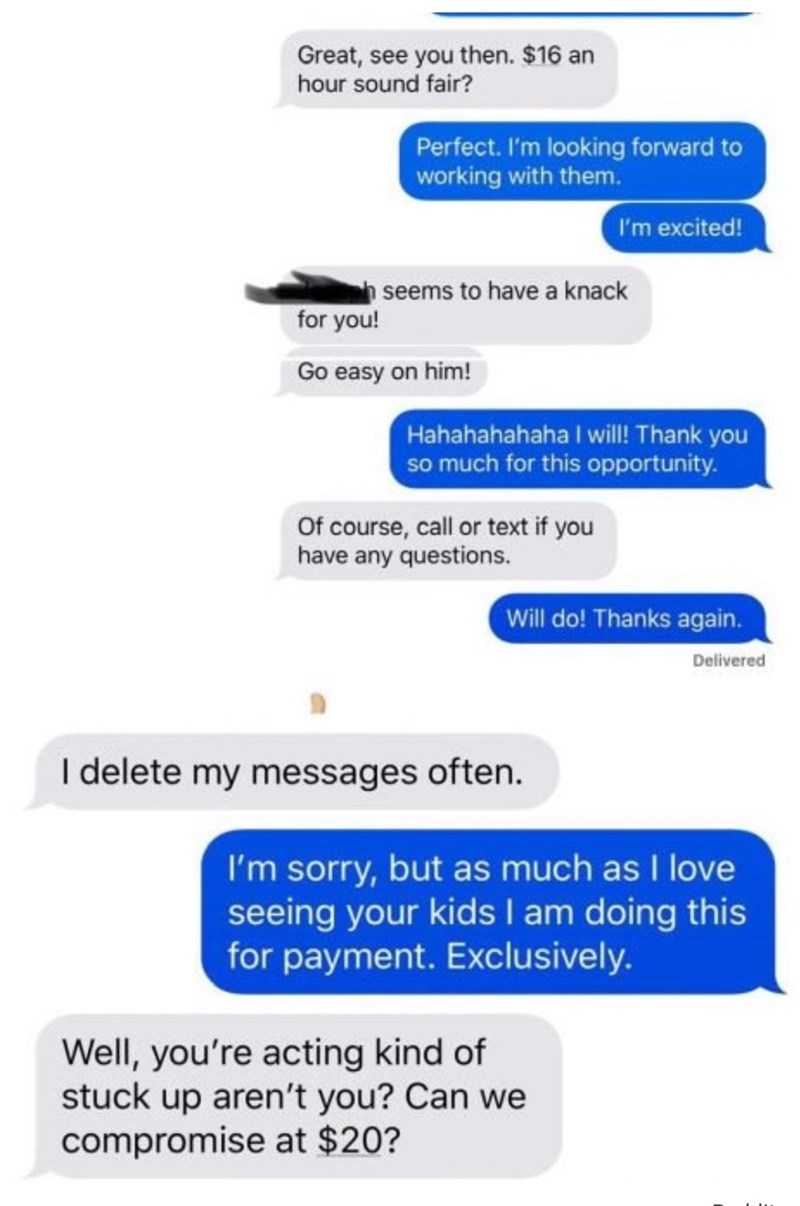 3. OP’s sister explained to her how much the total is and that she cannot settle on anywhere lesser than that 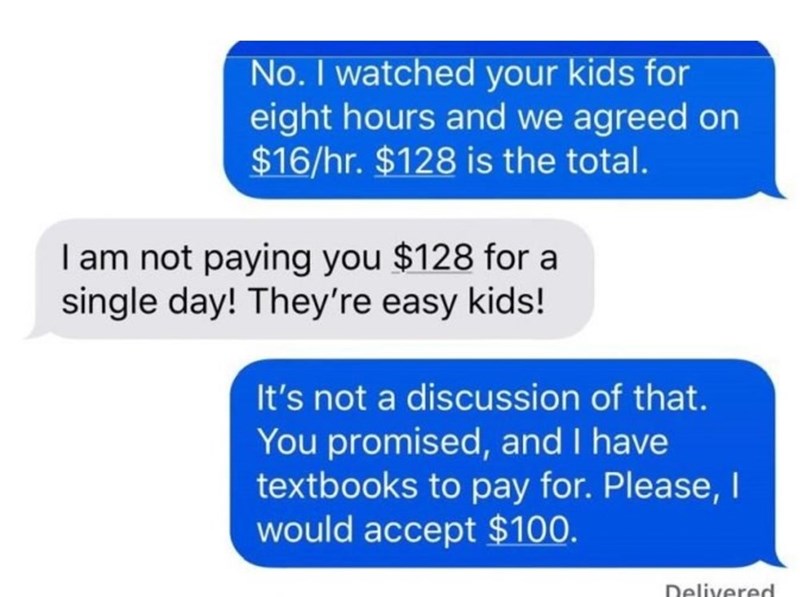 4. The cheap skate woman called OP’s sister a c*nt and threatened to block her if she contacts again 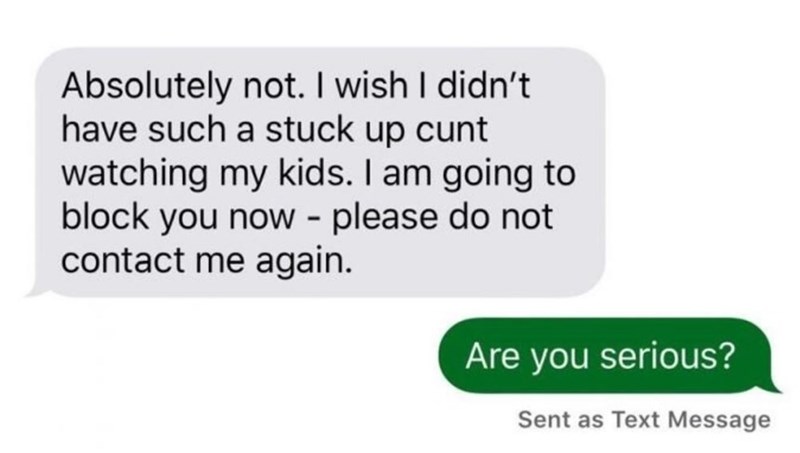 5. This is what OP used as a strategy to the money returned and it worked 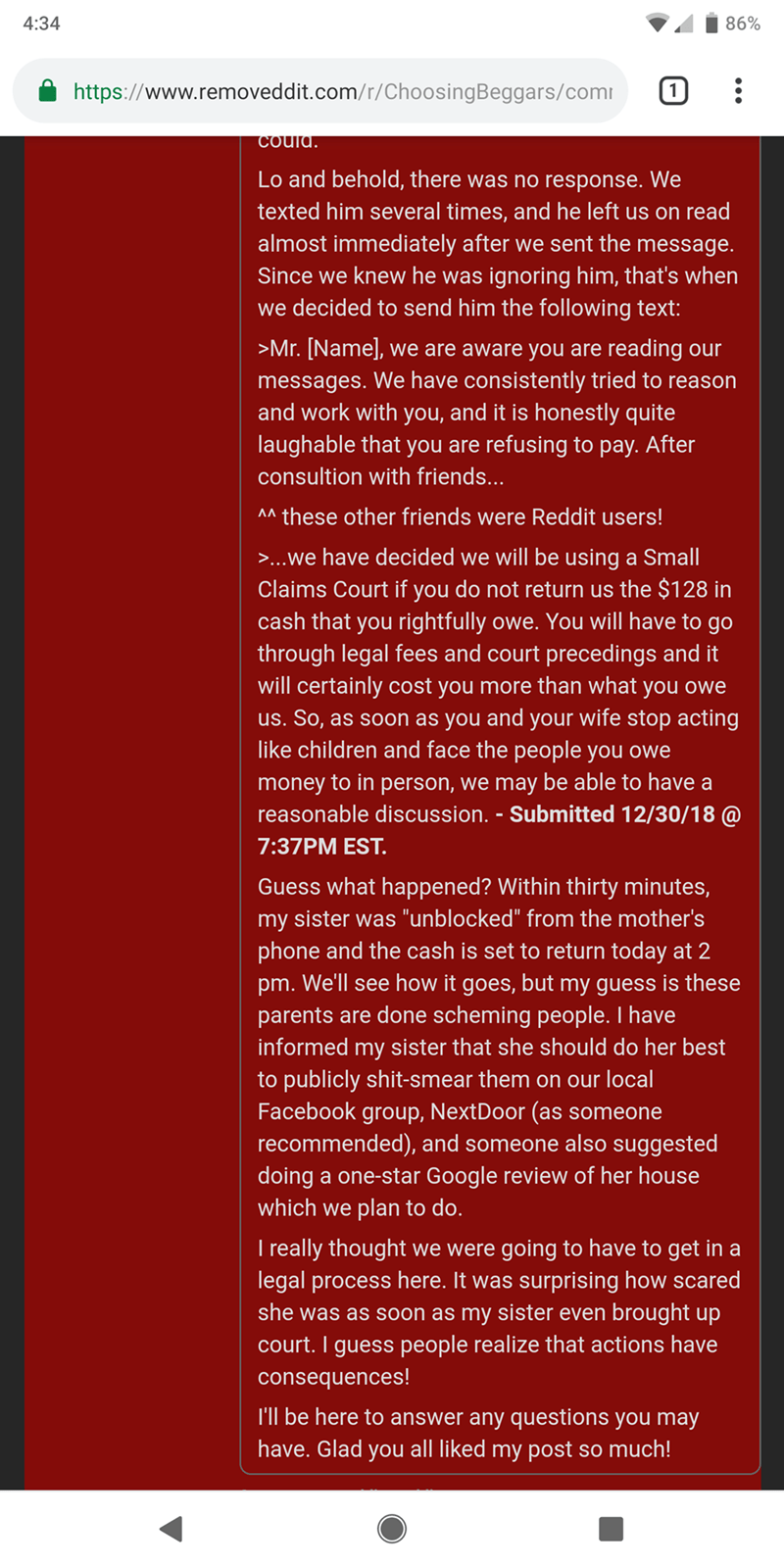 6. There are some clarifications that OP addressed which you all must read 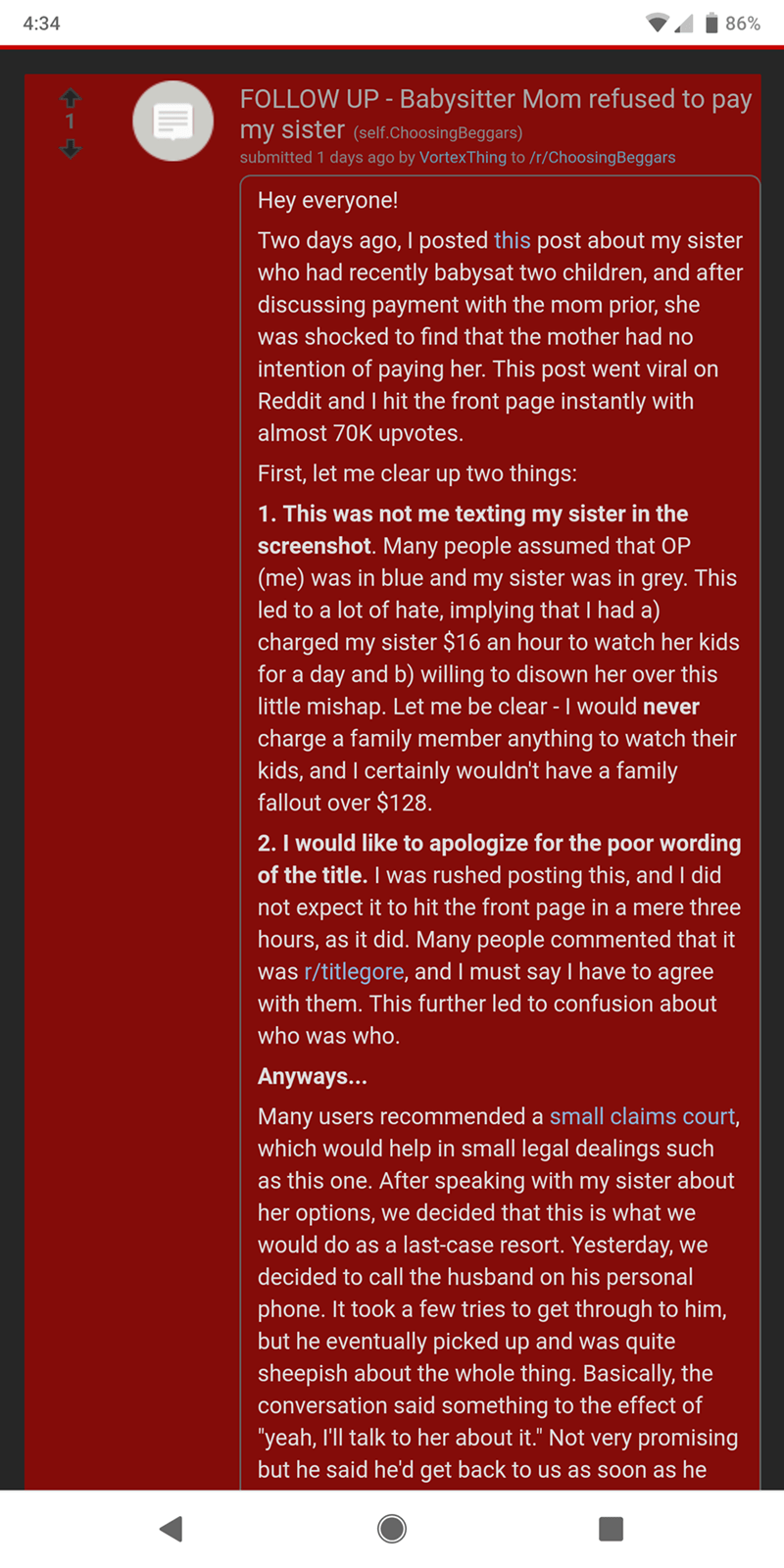 Advertisement
Via u/VortexThing
This was really surprising. People such cheap always find ways to dodge giving money. And when they are threatened to be taken legal action, they become straight up. Why don’t they mind being straight and fair in the first place? I am very disappointed.
Now it’s time for feedback from your side. Let us know your thoughts on this. For more interesting content, keep visiting us!