Landlords should try to be more humble.

They should understand that just because they own a house, doesn’t mean they own the people living in that house. And that they still have to follow the rules set out by the law. That they can’t raise the rent whenever they want to. However, many house owners tend to forget this part and like to do whatever they want because they become greedy for more money.

That is why it is nice to see that not everyone lets these kinds of people get away with it. It is always nice to see some old fashioned revenge and this story certainly falls in that category. The following landlords should have thought the matter through before essentially threatening the people living in their apartment.

Let’s just say they got what was coming for them. And you can take a look at it yourself by scrolling below.

The house doesn’t sound like a great place to live in but it was all they could afford.

Things were going well for these girls until a new couple bought the apartment. 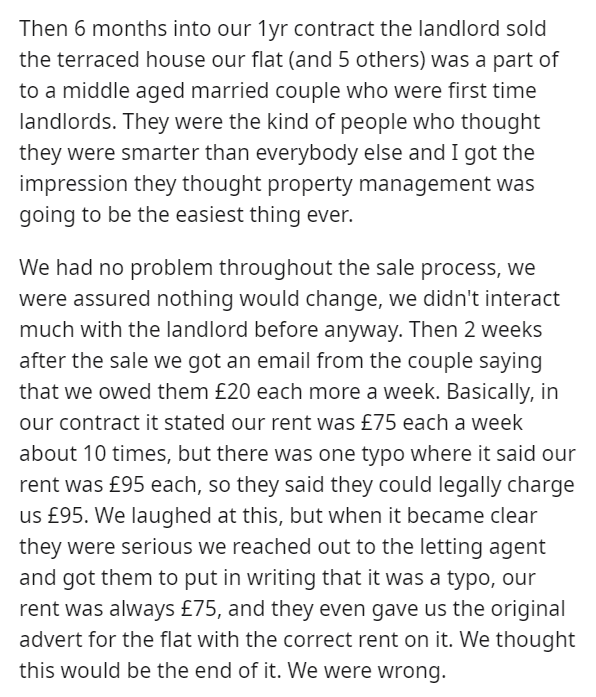 It seems they were insistent on ruining their lives. 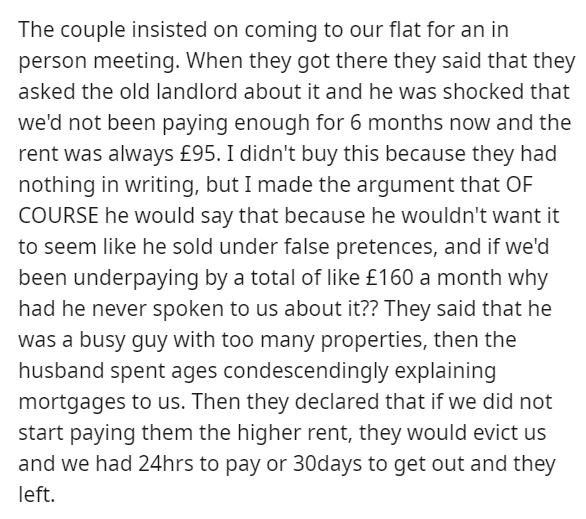 They thought it would be easy to scare some young girls into compliance but they were very wrong. 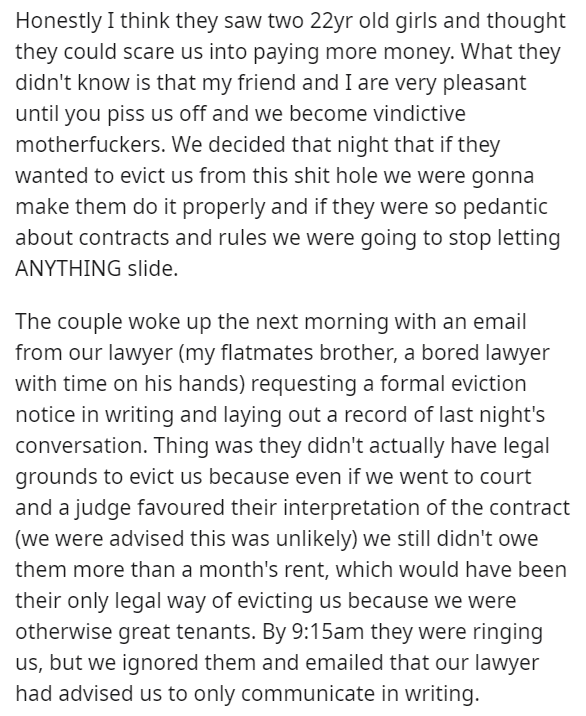 So the girls did what they had to do and contacted a lawyer. 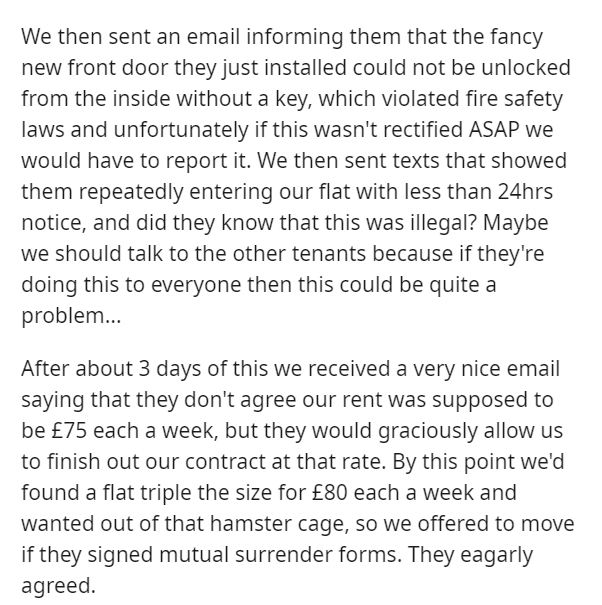 And in the end, the couple got what they deserved even having to pay a lot more money.

I really hope they did that as well but sadly they couldn’t. 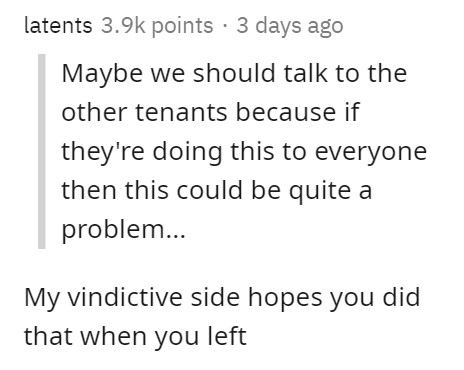 We made sure to tell them all everything that went down and warn them not to take any shit, but we wanted our deposit back so unfortunately we had to show some restraint. It was tempting! –toastisuseful

Exactly, sometimes it is better to compromise than demand unreasonable amounts. 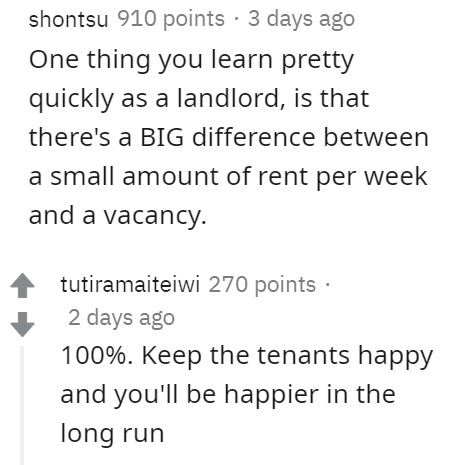 I actually did not know this and it kind of seems unfair but what do I know? 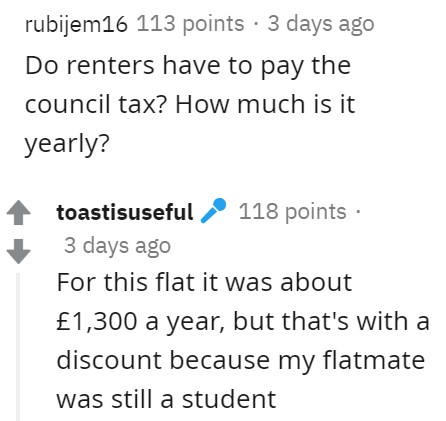 It is always good to see someone sticking up for themselves. 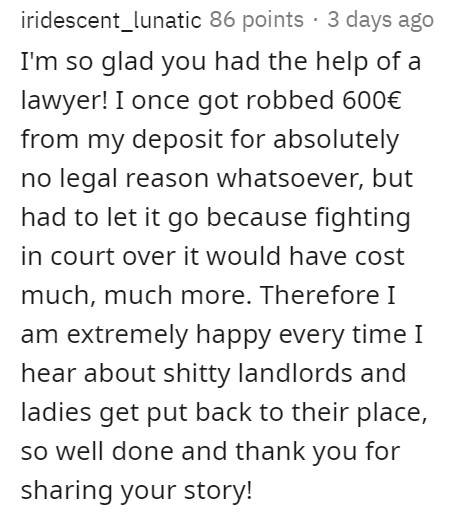 That sucks so much! By this point we had been screwed over by so many landlords, it felt amazing to put what we’d learned to good use! –toastisuseful

What are your thoughts on this story? Would you have done something similar if you were in this situation? Comment down below and let us know.