Some of us get to experience the creepiest things ever but not everyone has it in them to take out their camera and capture that moment. Some people are so daring that they risk their lives to take a picture of scary stuff going around them. They do not fear how insane it is to risk your life to capture something out of ordinary. The scary creature could possibly attack you and take your life away!

Below we have few pictures of very terrifying and creepy creatures. The creatures in the photos are unknown and no names have been given to them. Whatever the names are, one thing is for sure and that is that these creatures are not safe to be around! The camera must not agree because the person is standing so close to the creepy creature they are trying to take a photo of. Scroll below and see if you find these creatures scary too! 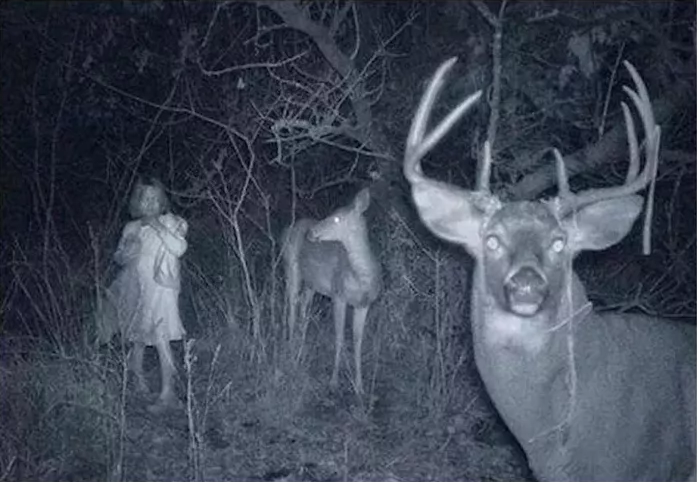 How did that girl even get there between the deers? Or has she always been there? Those deers must be friendly because there is no way this picture would have been taken if the deers were violent. They could easily attack you with their horns and that will be the end of your life. I am so curious about the girl, though. Is she for real or even a human? She is standing so comfortably beside the beers. 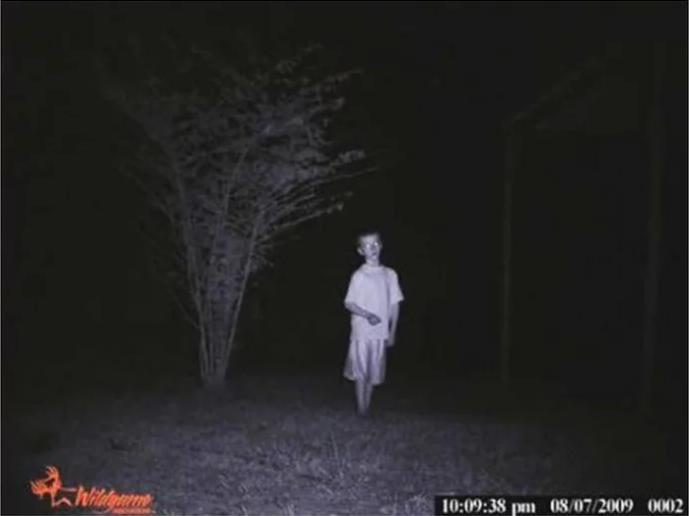 This picture is sending shivers in my whole body. Whoever captured this picture deserves big praise because the second I had spotted this kid coming towards me, I would have dashed away as fast as a human can. This kid seems like someone who would manipulate you into thinking that he’s an innocent little child in need of food, and ends up killing you for all your belongings or for your blood, maybe? How do kids just get abandoned in the forest? We must find the parents of this creeeeepy kid at earliest! 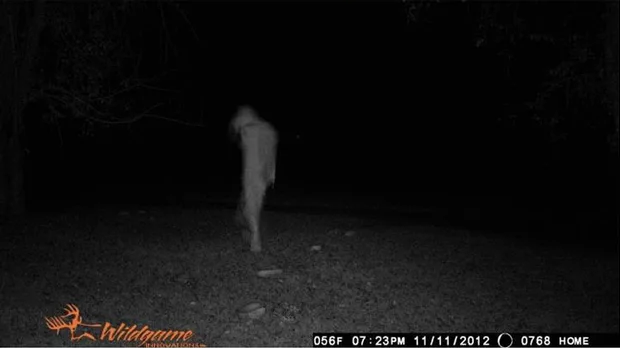 So wendigos are really a thing? By theory, they just sound like mythological creatures. But seeing these pictures makes you think again about your doubts. What if wendigos really are real? Maybe they are not large in population and only a few exist around the world, but they probably still exist. 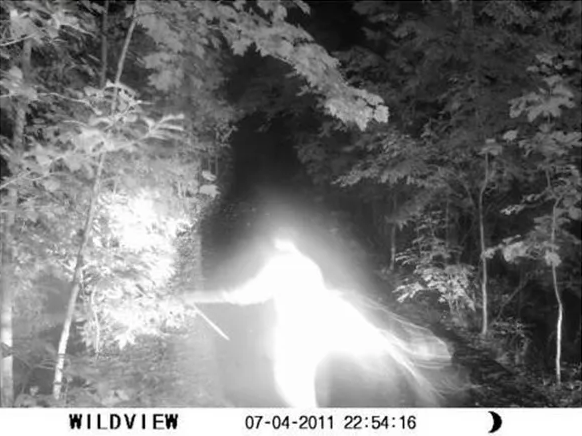 Either the flash of the camera was a lot, or the person behind the camera just captured an image of an actual angel. And am I on drugs or this person actually has wings? They seem to be made of light because they are radiating light and are completely see-through. The angel does not even appear to be standing on the ground. It looks like they are slightly lifted from the ground and flying. I would completely freeze in shock if I ever come across any such thing. 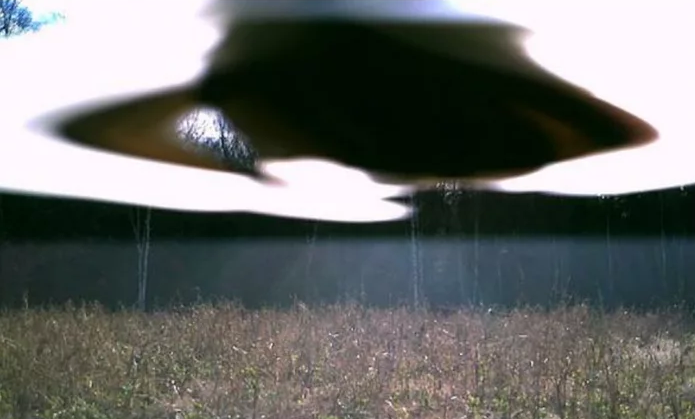 And to all those who do not believe in aliens or extraterrestrial beings, we bring you actual proof. We can clearly see a big circular thing with a semi-circle attached on top. Now, we can only hope that one day aliens show up as well! 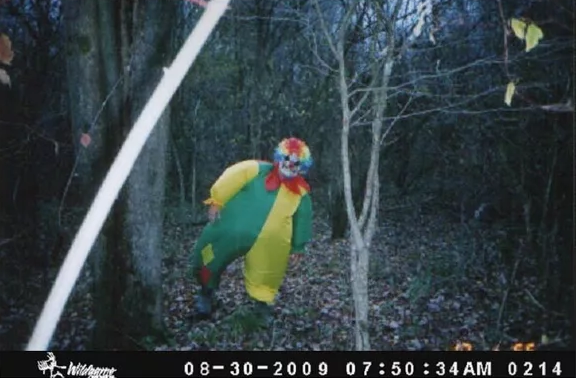 People who say they are not scared by clowns are lying! There is no way you can’t get scared of these creatures. Their smiles are so forced and fixed, it gets creepy! You can never tell if it’s a funny clown or straight out of the IT movie. 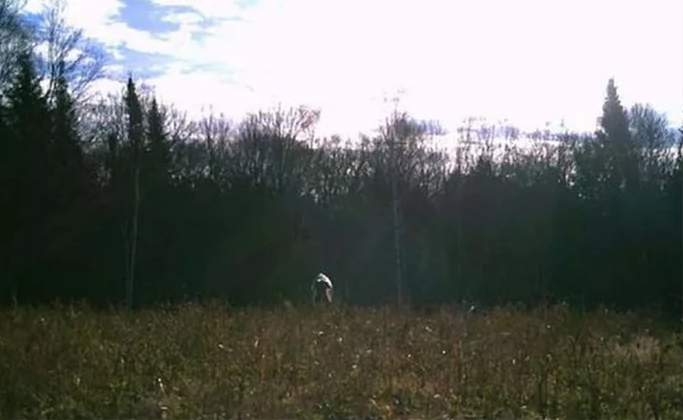 How many more pictures of bigfoot will be leaked before we get an official statement that it is real? Bigfoots are real, people! There is nothing that can convince me otherwise. I am still spooked after looking at this picture. If this picture reached us, then the cameraman probably survived. But I still keep thinking the absolute horror one must feel realizing they are finally in the presence of bigfoot. All the 5th-grade classmates we studied about bigfoot with, It is time to flex on all of them. 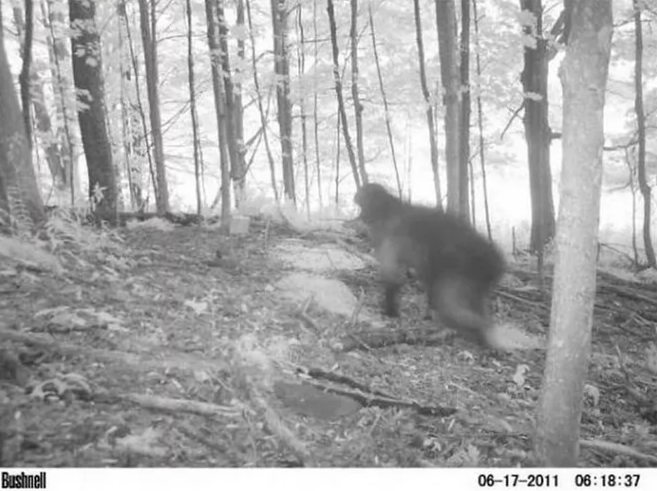 Woah, by looking at the direction of this huge animal, I am guessing it did not hit the cameraman. We better hope not because that is one giant ass animal. I don’t even know what it is, though? Is it a gorilla or a chimpanzee? 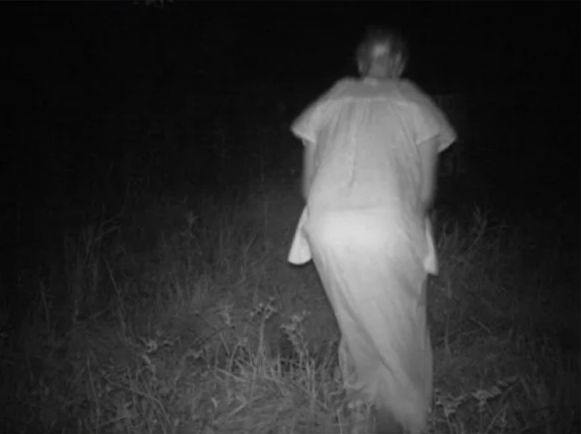 Did someone lose their grandma? Little creepy kids in the forest make sense. Weird animals in the forest definitely make sense. What doesn’t make sense is why older people are found creeping in the forest? If I ever sight an old woman, the first thought that would come to mind is that she probably walked right out of her grave. And if this does not send shivers down your spine, then I don’t know what would. 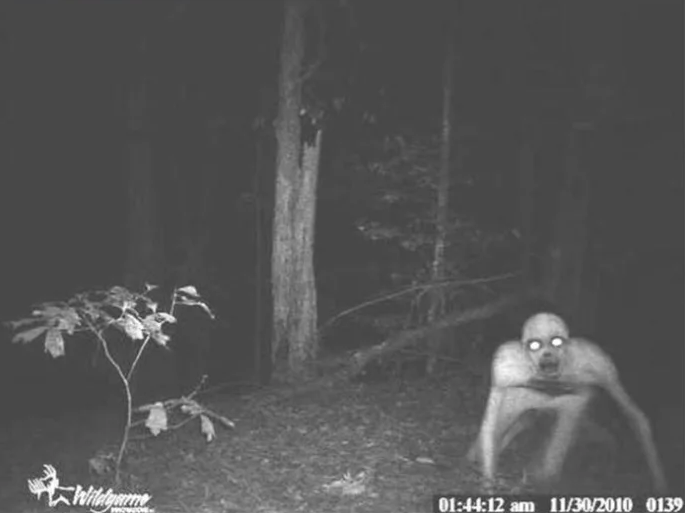 Guess who will be having nightmares for the next whole week? Yes, it will be me. These creatures should not exist in the world. How on earth are we humans going to defend ourselves from such scary creatures? It looks like a dead body jumped out of its grave and is here to make everyone’s life miserable.

11. Ghost behind the deer 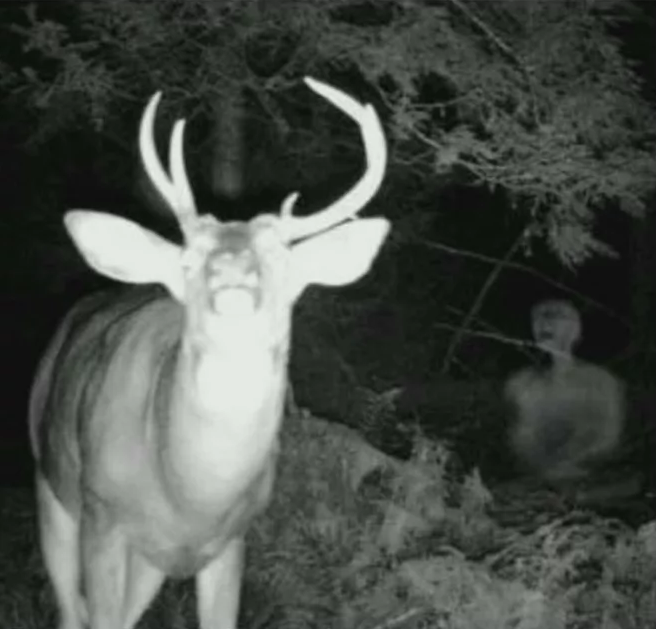 Does the person behind even look like a human? It doesn’t to me. It has a more ghostly appearance to it. It looks like someone could walk right through it, that is how translucent it looks. But what is it doing behind the deer and why does it look like it howling like a wolf? 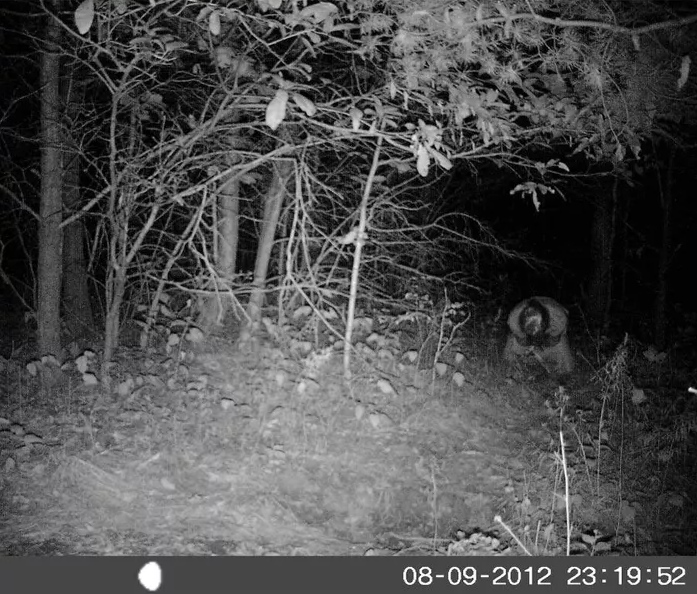 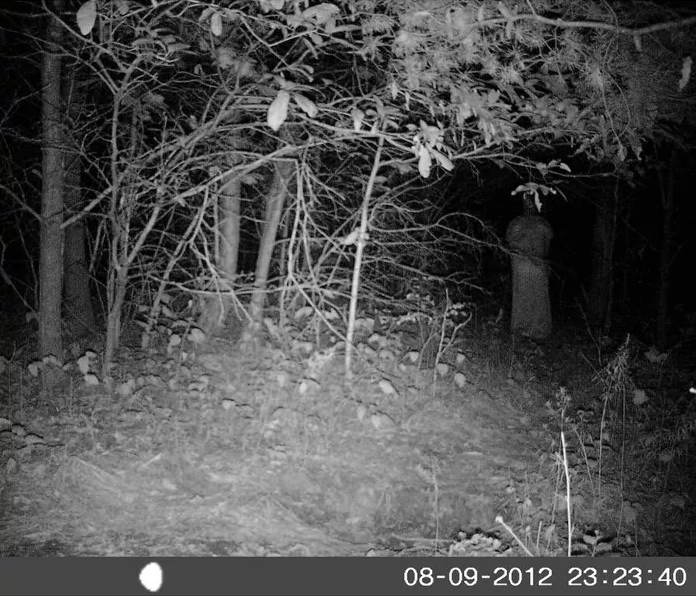 Why are there so many loners in the forest? This guy looks like he was grieving for something and crying into his hands. Then he got up and started staring at the camera. If I didn’t know any better, this guy seems like a permanent resident of this creepy forest and spends his day walking around the forest as if it’s lost its way home. It turns more creepy if you think about it more 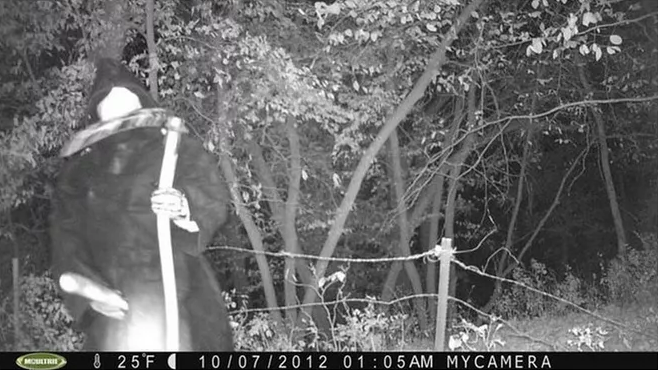 It is confirmed, I would not be having a good night’s sleep for at least a year. I am furious that these cameramen decided to take pictures of these creepy sights instead of running away like maniacs. God! The hooded guy here is standing with a damn grim reaper. Why would you want to risk your chance at like and capture photos?

Out of all pictures, which one did you find the creepiest? Let us know in the comments.