We all know that Influencer culture is slowly ruining everything good and pure. People with a few thousand followers think they can get whatever they want by ‘promoting’ something on their Instagram. And it isn’t even a complete lie. While a company wouldn’t settle for these types of deals without a good reason, many up and coming companies do this to advertise their products.

And I am not saying that it is wrong. Since it does create a platform for people to earn a living through social media. Although many people have started cheating this system. Or more likely that entitled people think they deserve to get everything for free just because some people follow them for no particular reason.

You can take a look at one example by scrolling below.

It isn’t a pop ring that they are asking for. 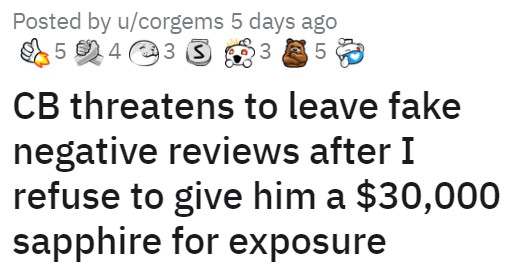 I have no idea how they thought this was an okay thing to ask for. 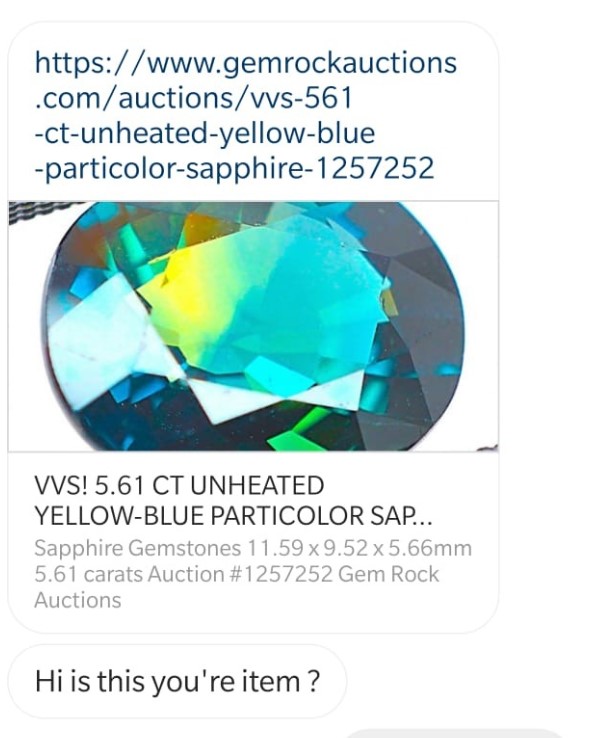 A first I thought they said 300k but alas they are even dumber than I imagined. 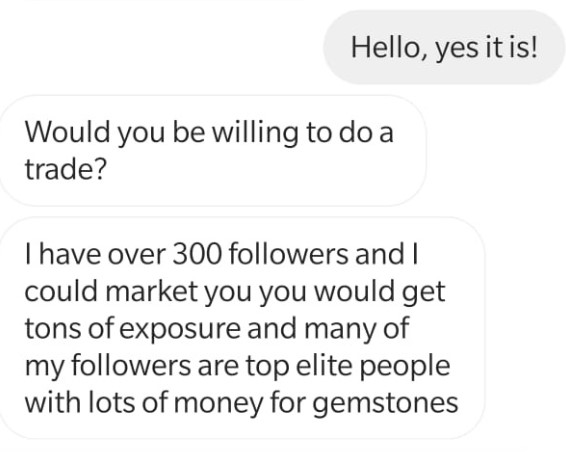 I created a twitter account and then forgot about it, came back two years later and without tweeting anything or following anyone, I had about 300 bots following me. 300 followers are absolutely nothing. –Ratso27

And how does being a COVID-19 survivor has anything to do with a  sapphire? 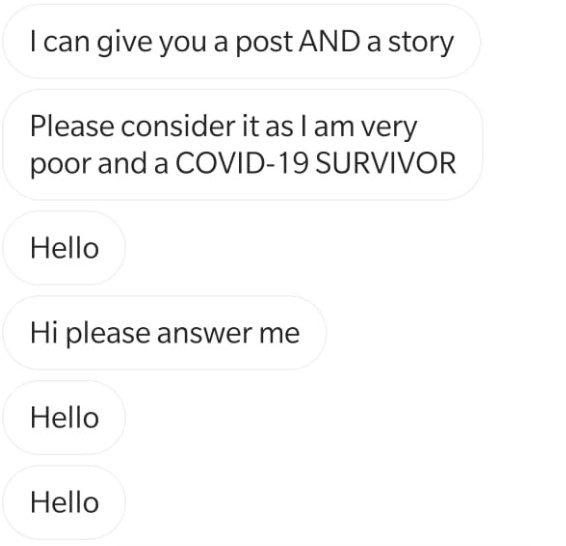 I wouldn’t offer anything for free to these sorts of people. 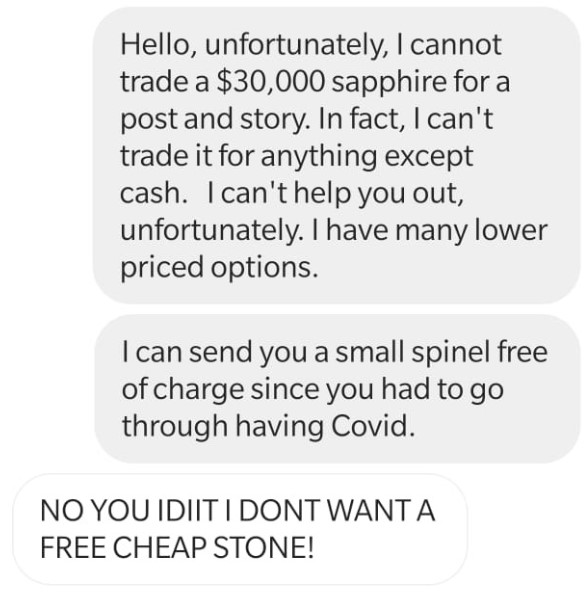 Negative reviews for what? You didn’t even buy anything! 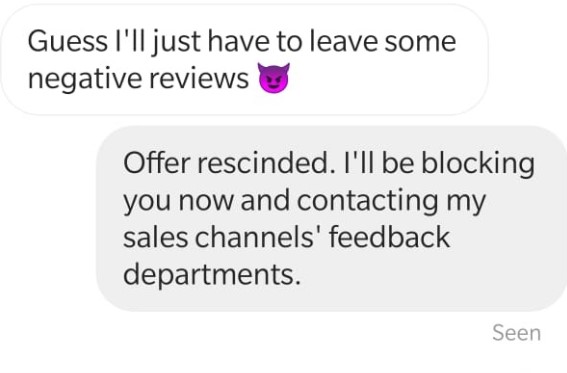 I suppose he should ask for help from his rich ‘friends’. 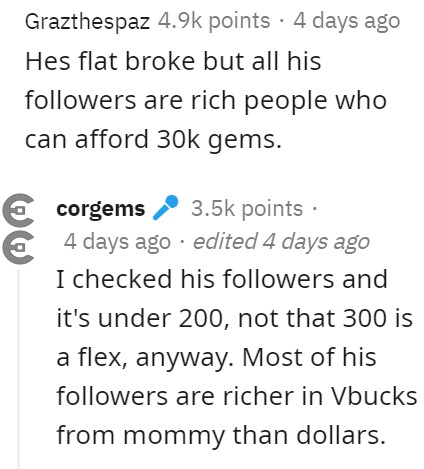 I know when I considered myself, “very poor”, the thing I knew would have turned everything around was a sapphire worth thirty grand. It’s the kind of boost I could have used to really turn my life around. –RampSkater

This has to be a joke right? I sure hope it is. 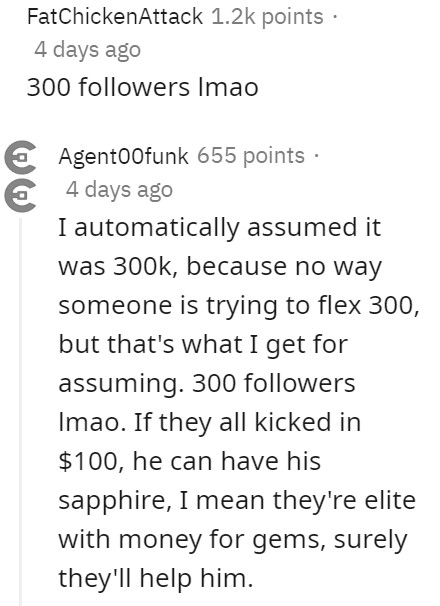 Maybe the Reddit user should have bowed done to this great being. 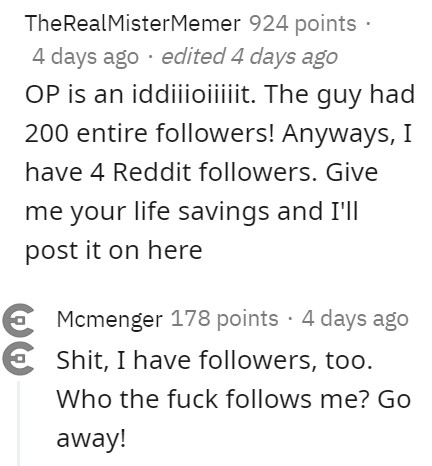 I never thought of it like that but it clearly is just that. 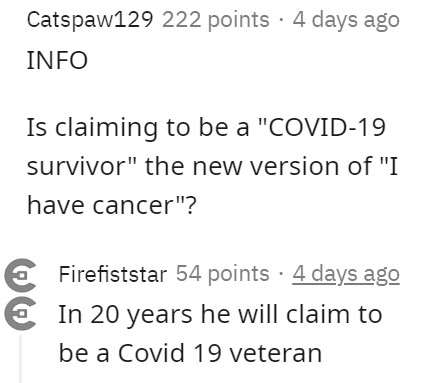 What do you think was going through the choosing beggars’ mind when they messaged him that? Comment down below and let us know.