When you courteously offer someone to use your house for free but they start feeling entitled to have the whole house.

Well, choosing beggars are everywhere. You may have the purest intentions for them and the moment you agree to give them a certain favor, they would start showing you their real side, who they are and why exactly they don’t deserve that favor. The sense of entitlement these choosing beggars have is just matchless. They don’t make any sense with their bullshit demands. Today, we have a story of a mom who out of the goodness of her heart decided to help a friend so that he can shoot a short film in her house. Well, the man went crazy with his demand. Scroll down to read how unreasonable and selfish choosing beggars can get:

1. That’s how the conversation started. 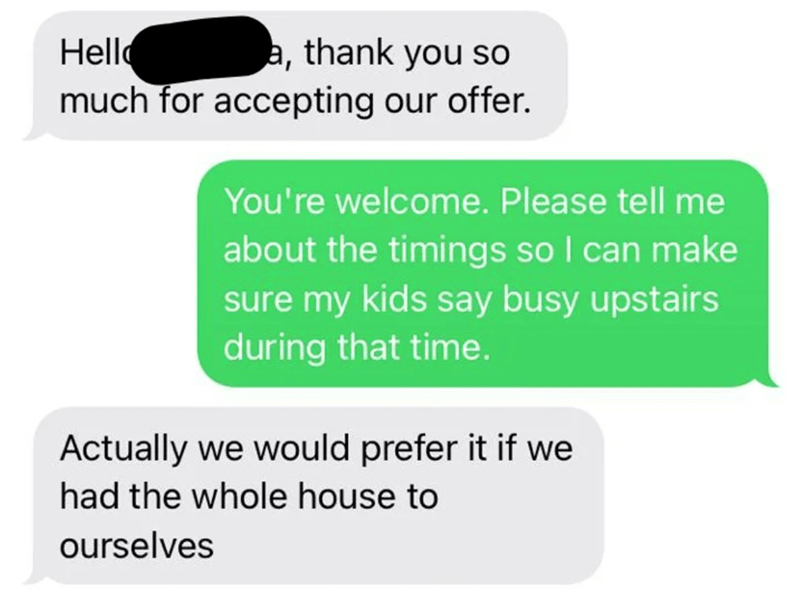 2. Choosing beggar wants the family to move somewhere else for a week.

3. Can you sense the level of entitlement? 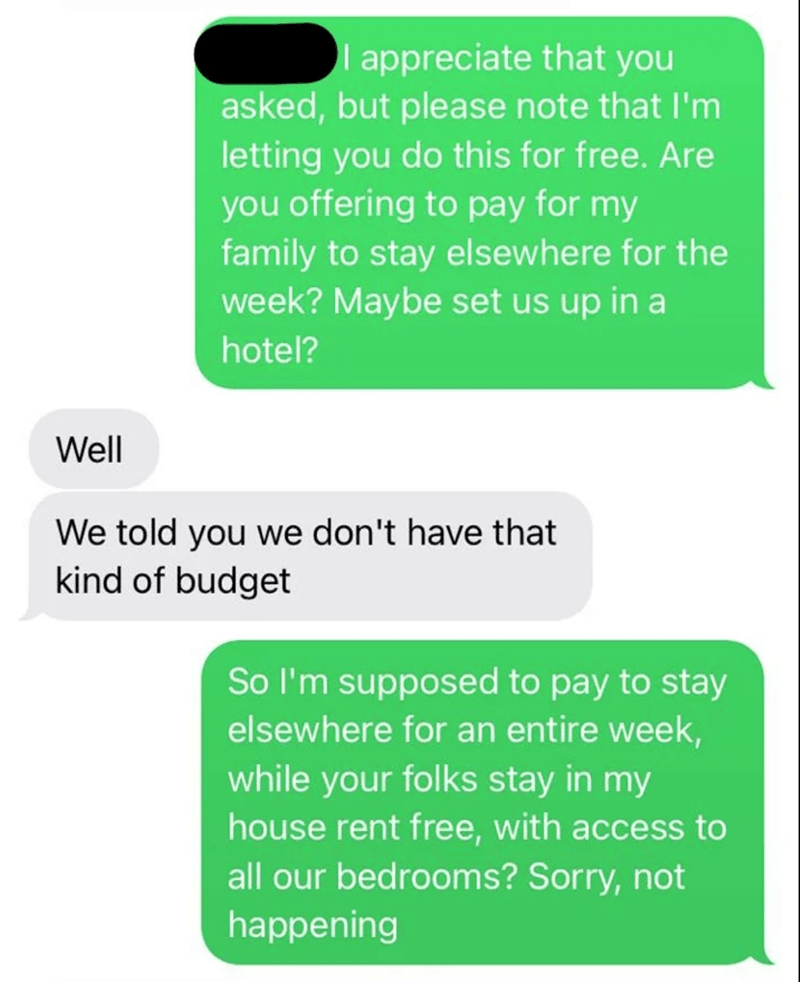 4. He thinks it is not such a big deal to stay somewhere else. 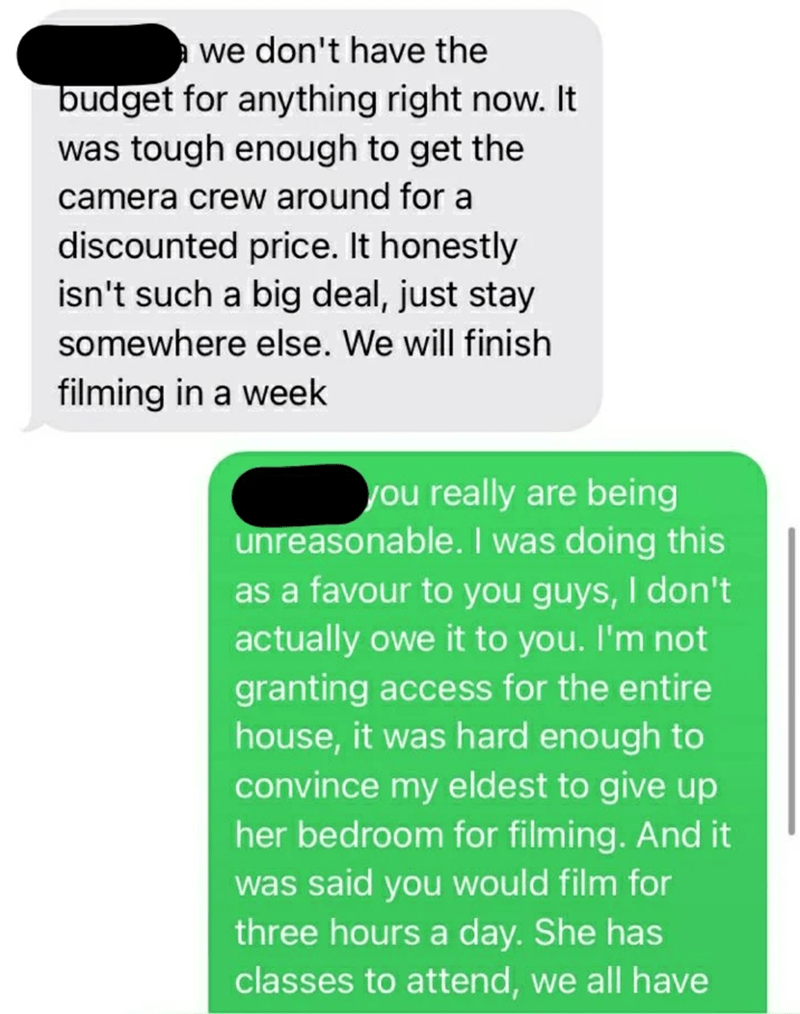 5. He thinks she is getting unprofessional. 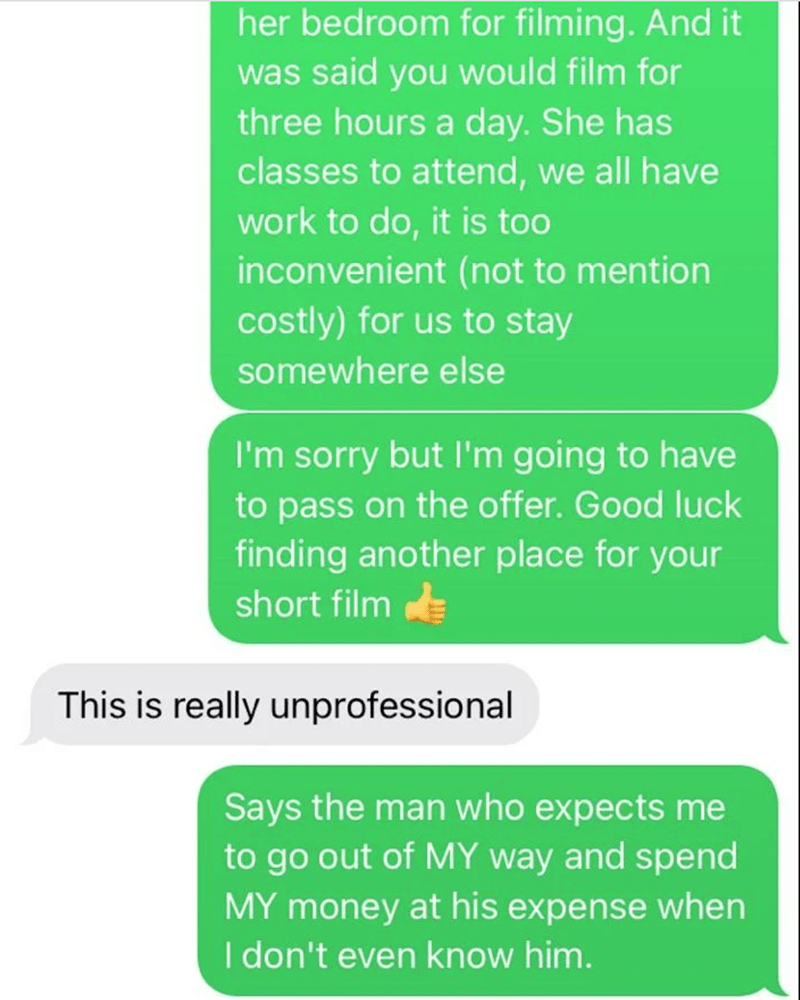 He should be thankful to her for giving him access to her house and letting him use her personal space for his short film. Who does this? No one these days is that kind. Instead of being grateful, he is acting bossy and telling her she is the one who is getting unprofessional. If it is about professionalism then he should pay the house rent. That’s what professional people do. Well, that’s smart of the mom to wish him luck with finding another house for the shoot. Scroll down to read what people have to say about it.

7. Finding a new place, renting it, moving the entire family for a week, getting back after an entire week and cleaning the mess they will create is not a big deal. Yeah, it is not.

8. A perfect example for Projection:

9. Never ever let anyone film in your house without production insurance.

We have loved the way this mom has handled this man and we are happy that she has discussed everything beforehand rather than having chaos at the last minute. The situation would have been out of hands TBVH. Well, we are curious to know what he would have done after this? He probably would have begged someone else or maybe he would have ended up renting a house and paying for it. God knows better! Have you ever met a choosing beggar in your life? Comment down to share your experience!