Cats are the cutest thing ever.

Cats are honestly the most adorable little animals. Everything they do has a hint of adorableness to it. And cats also don’t really like to be bossed around. Chances are if you’re trying to pet a cat, It’s actually allowing you to pet it otherwise for every other situation, you’re its pet. Everyone who has a pet cat knows that cats are far from any other animals, they’re their own boss and don’t like anyone guiding them. They have a habit to look after themselves and these little creatures are dominantly independent. Yes! if a cat loves you, it’s pure non-conditional love and you should feel very very lucky. No wonder these little things were worshipped in the accident Egypt. Cats have the ability to pave their own path in life and if you do happen to adopt one, It’s paving your life too.

So today we bring you a story in which a chubby Catto won the hearts of millions by just being another cat. Let’s look at what did this cat do: 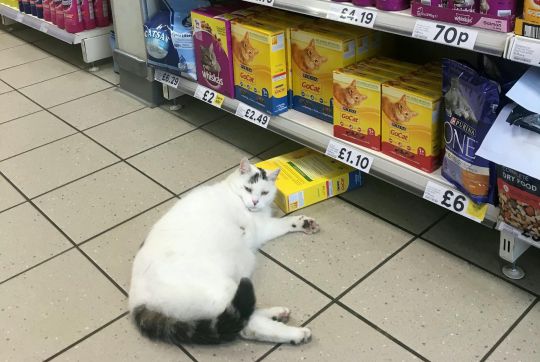 This adorable was seen at 9 am inside a local Tesco. This adorable little munchkin just went inside the store, took a stroll through the store and landed at the pet food aisle. This kitty analysed the treat section once and knocked over a pack of treats. What he did next would amaze you. 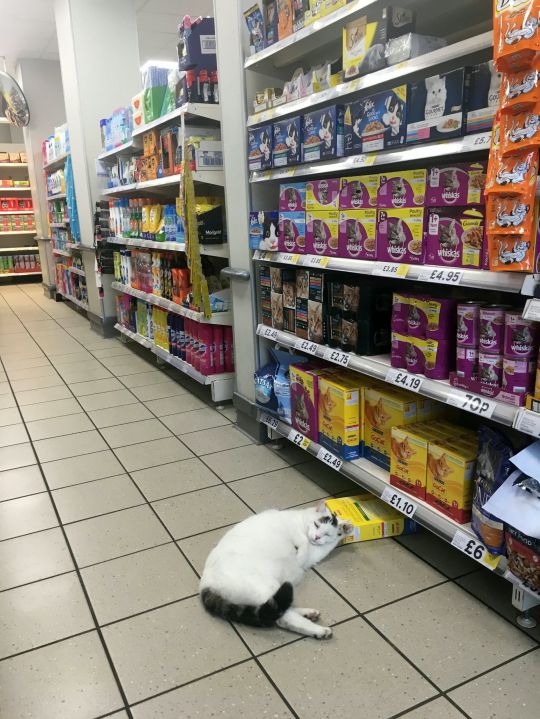 After knocking over the bag of treats. This adorable little baby slept on it until a woman passing by noticed him and started taking pictures of this cutie. The woman said “I came across a white cat napping on a pet food box and asked the cashier about it. She said that the cat was a regular,”  while giggling. 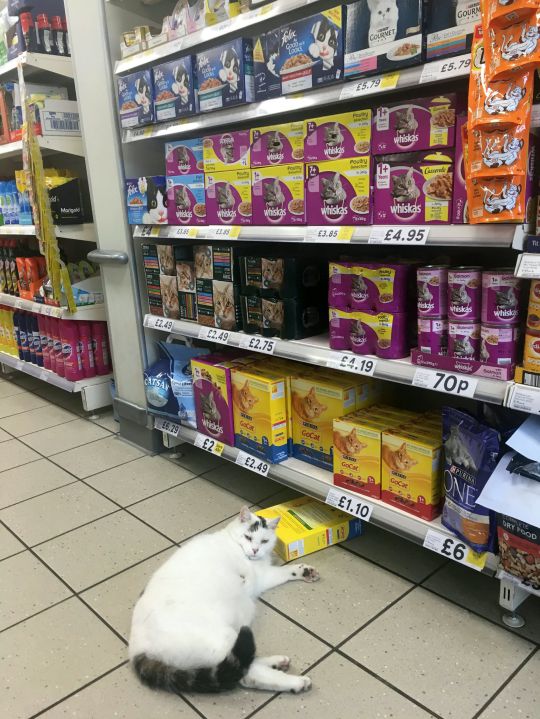 This kitty must’ve been hungry or he/she might’ve just wanted someone to give treats or was it just sleepy and to escape the heat, it wanted to take shelter in the Tesco? Whatever the case, this kitty just wants to chill and we can only appreciate it for making our day.

Let us know your thought on this story in the comment section below.