Stealing someone’s food is not okay.

I know this doesn’t seem like a big deal and not worth it to call someone a thief over a spot of lunch but that still doesn’t make it okay. I am sure you have already read many stories about how co-workers or roommates think that it is okay to steal someone else’s food. That is what kept happing to one employee whenever he bought a burrito bowl. It would already be bad if this was homemade lunch but Chipotle isn’t always cheap especially if you are buying your lunch from there every day.

However, his co-worker clearly wanted free lunch every day and stole his burrito bowl every day. So it is no surprise that the employee got tired of it all and wanted to get back at the person. Now, he could have tried adding laxatives but that would have been illegal. He could have also tried reporting it to HR but as many comments mentioned, Hr doesn’t usually do a lot about these sorts of issues so it was all on the employee.

You can see for yourself as to what he did by scrolling below. Because ofcourse, he posted a tik tok video!

Someone was stealing his lunch so he put in a little bit of ‘extra spice’. 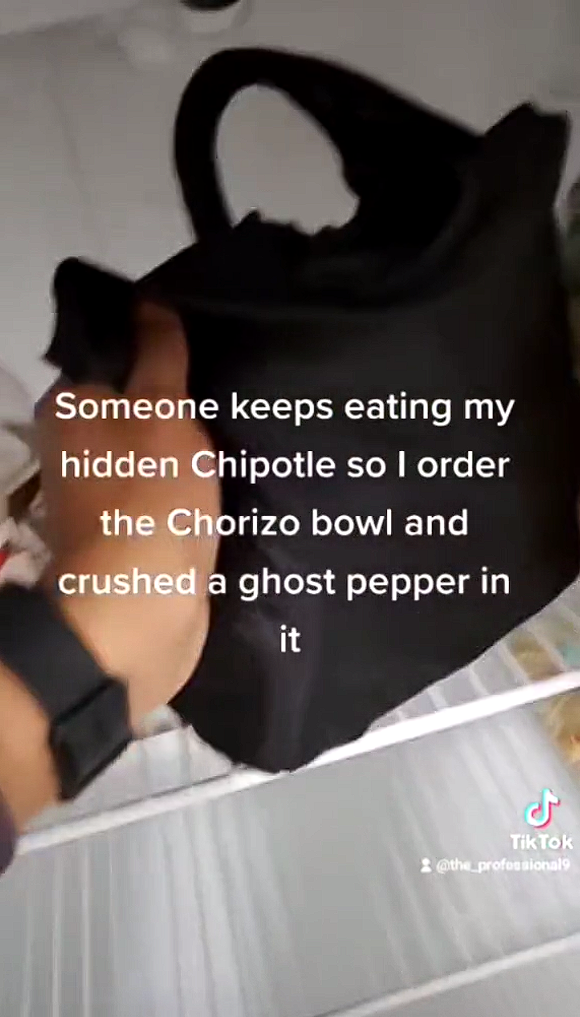 The thief was quickly caught when he heard intense coughing. 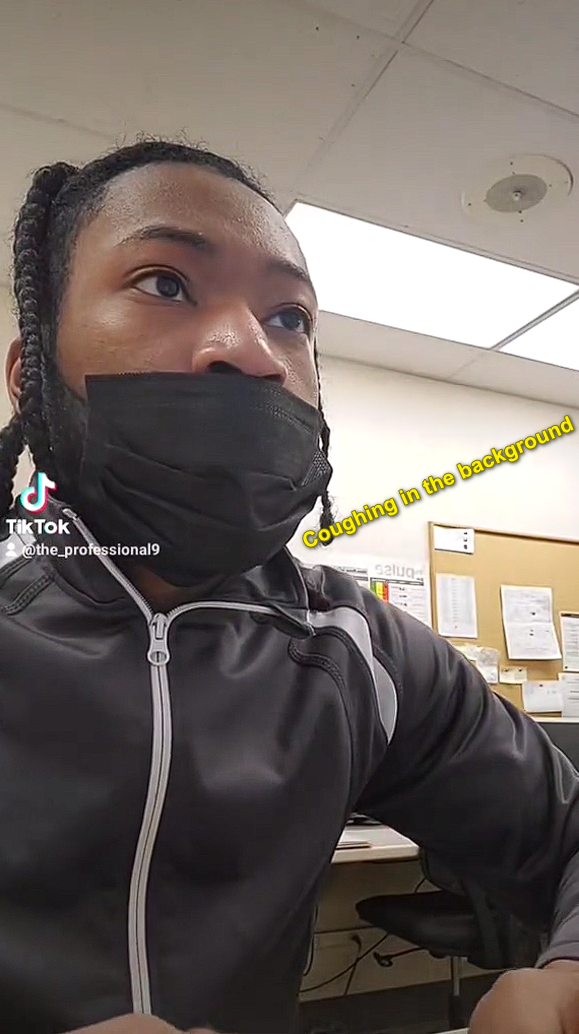 The thief still denied all of the accusations but we know what happened. 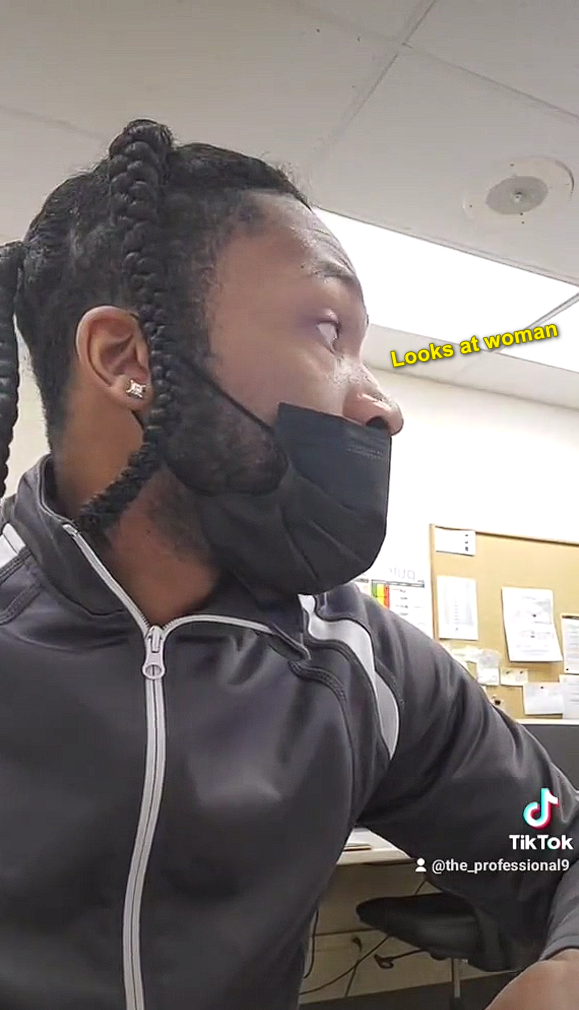 I honestly can never understand why people think stealing someone’s food is okay. Not only that but aren’t they afraid of getting caught? I know I would be mortified if somebody caught me red-handed. Perhaps it is the thrill that comes with eating someone else’s food that is the reason. Also, the fact is that you don’t know how clean someone’s kitchen is so if it is a homemade lunch, I would never be able to get it down but maybe that is just me.

People had a lot to say about this scenario. 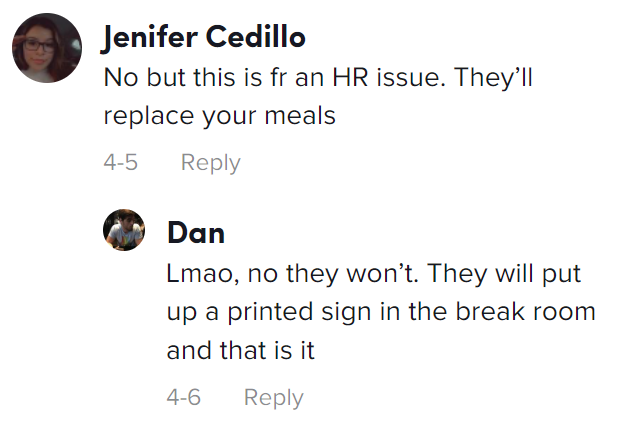 If they have allergies, they should not be stealing people’s food.

There is something seriously wrong with them. 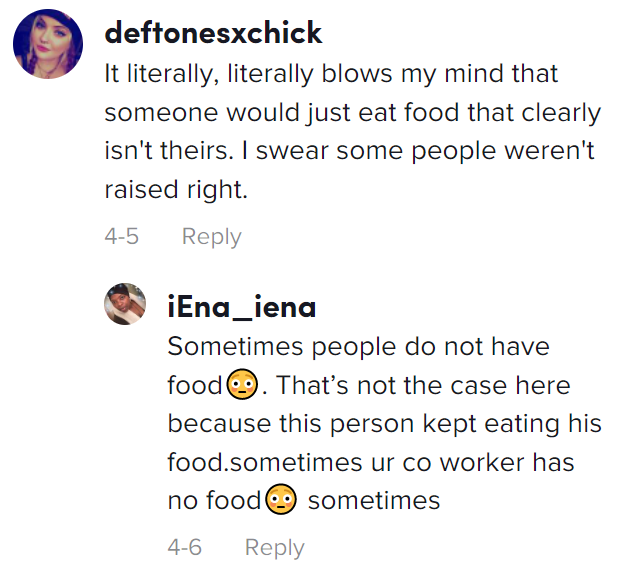 I never knew that people put laxatives in their food but it makes sense. 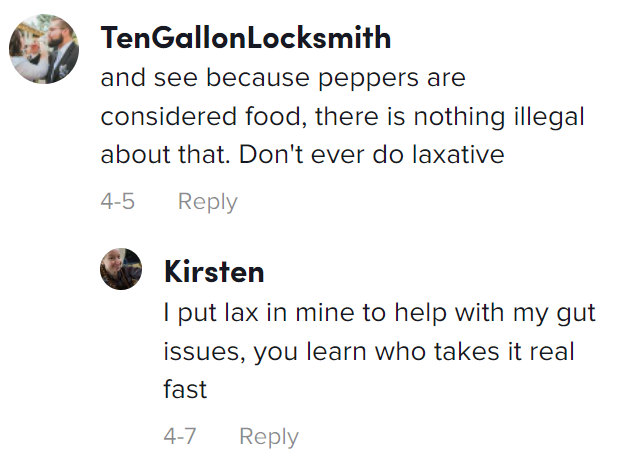 While peppers are a food, this video is proof of malicious intent. 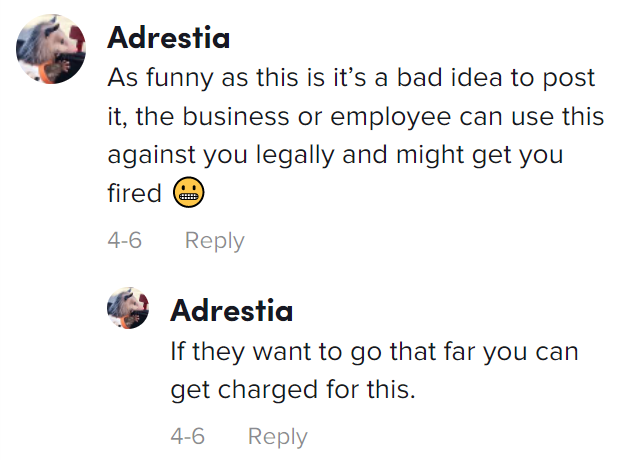 Just don’t steal people’s food, is it that hard to comply with this simple rule? 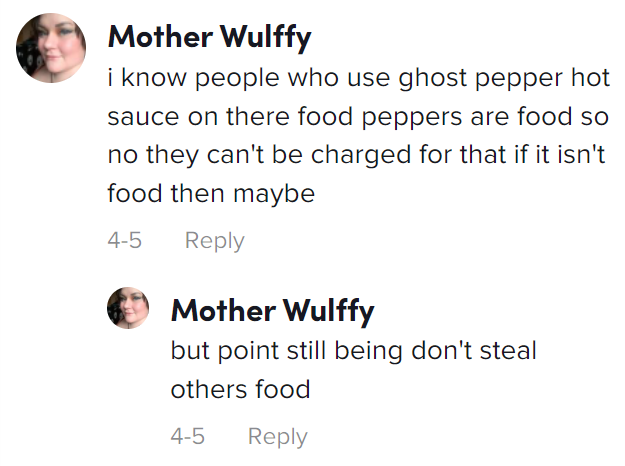 Putting in the world’s hottest chip would definitely be a surprise. 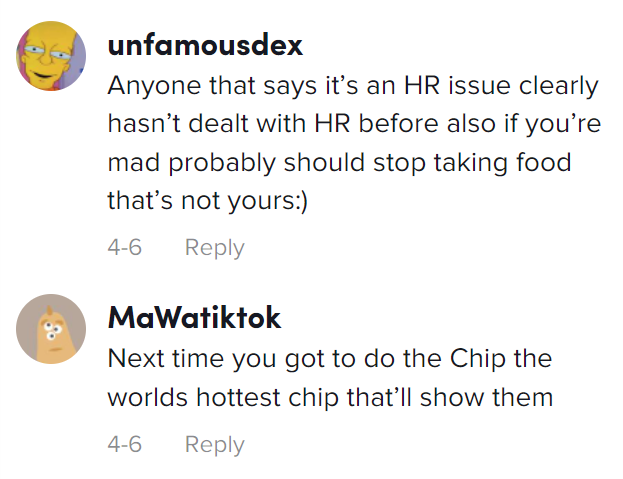 Protein shakes usually don’t even taste good so why did they do this? 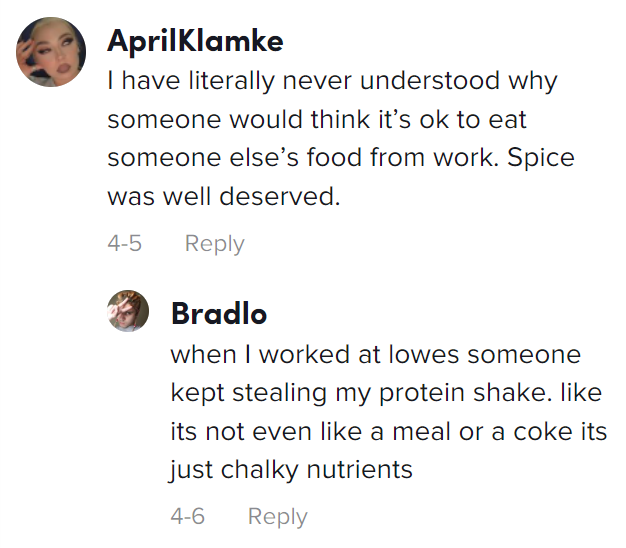 The person deserved what they got in my opinion. 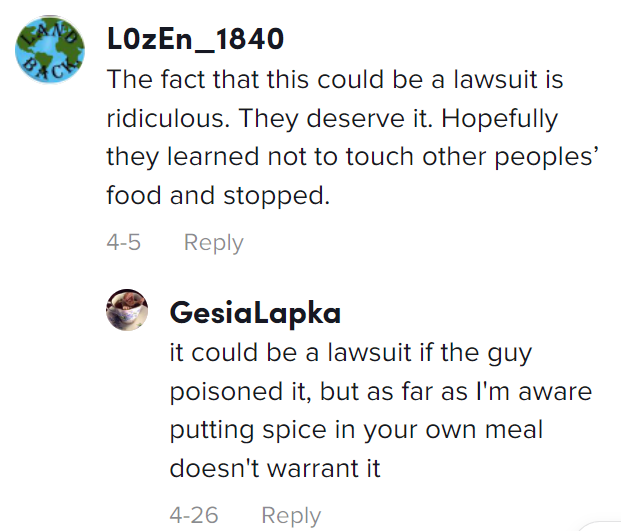 I would love to pose this question to the thief. 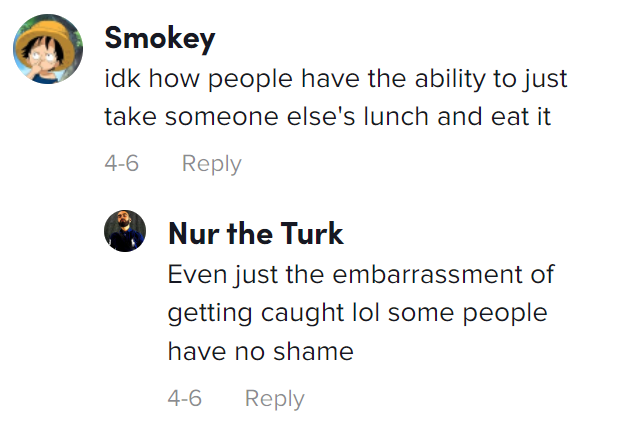 This is the full video for those who want to watch it.

Has this ever happened to you? Has a person ever stolen your food at a workplace? If so, did you report them to HR or did you get some sweet revenge yourself? If you did go the revenge route, we would love to know what method you employed. So comment down below to let us know. Also, don’t forget to share this article with others so they can have a good laugh.