Kids can cause a lot of chaos.

And usually, this is not good. I understand that no matter how hard parents try, it is sort of impossible to force your kids to stay quiet and this especially applies in any sort of sports event. I mean even adults go crazy in stadiums so it is no surprise that kids get hyperactive in these places. However, it is usually polite behavior to keep your kids as calm as possible so other people don’t get annoyed or pissed off.

Although, there are also times when this sort of behavior can come in handy. I am ofcourse talking about when you meet Karens in the wild. You see this family had just come to the stadium and had already chosen the best seats for themselves and put some stuff over the seats. However, Karen and her family came and basically threw the stuff to the side so they could steal the seats. As you can imagine, anyone other than Karen wasn’t happy with this situation so they did the only thing they could do, comply with Karen’s request.

Scroll below to see how it went.

It seemed like they had a great day ahead until they came back to find their stuff thrown to the side. 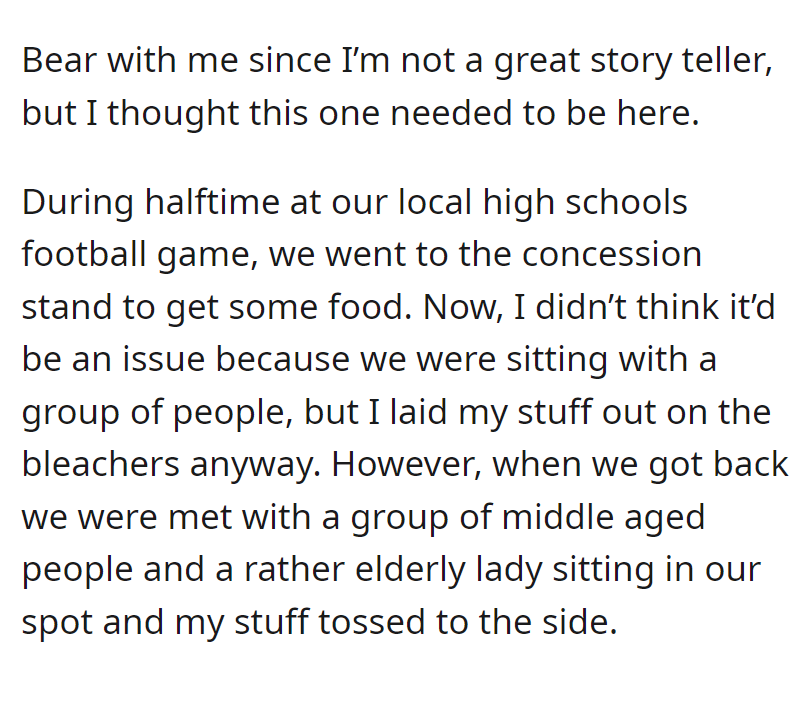 She would not have usually done this but she had a bad week and decided to do something about it. 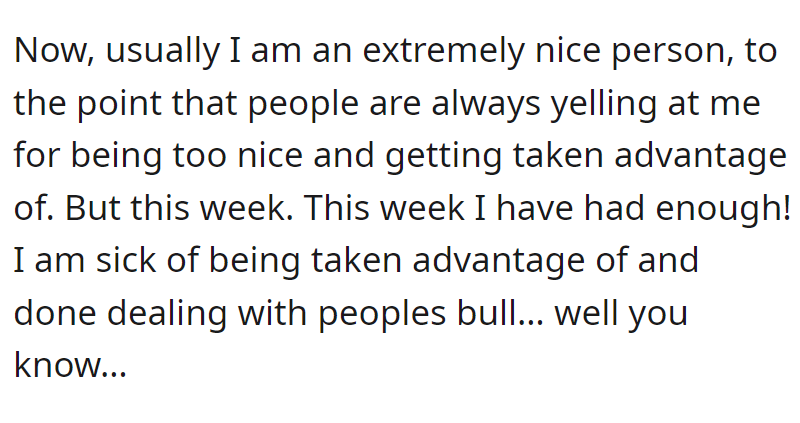 The Karen clearly didn’t care and wasn’t going to back down no matter what so there was only one solution. 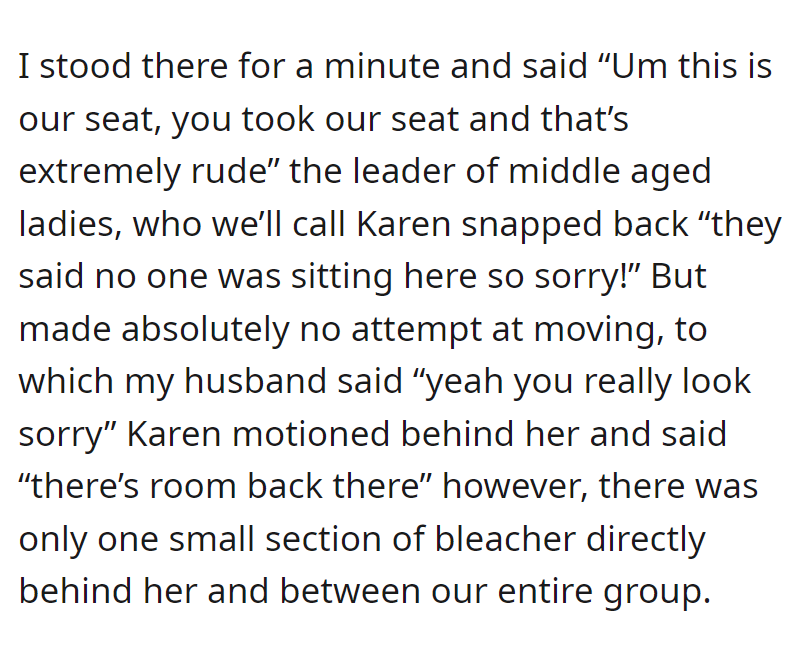 So the family basically complied with what the Karen had offered and took the seats behind the Karen. 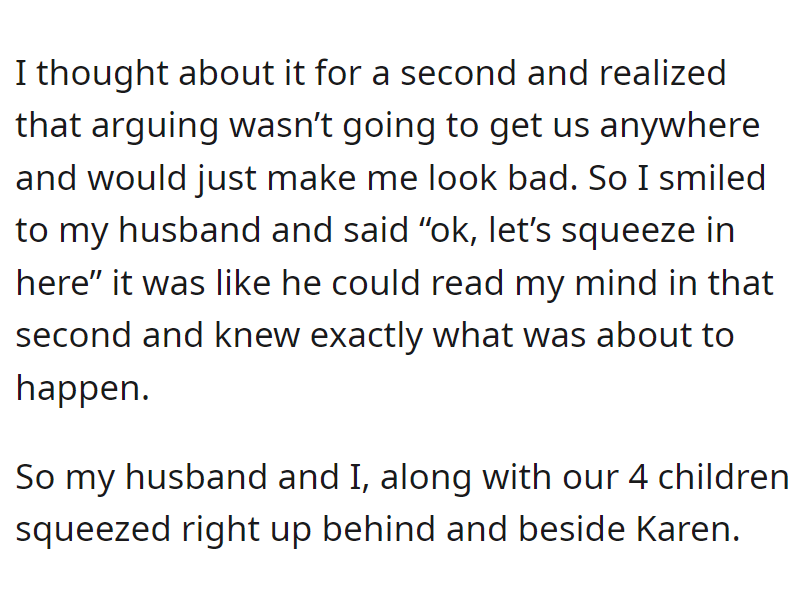 As you can imagine, Karen hadn’t realized her mistake but she quickly found it out when the kids started to enjoy the match. 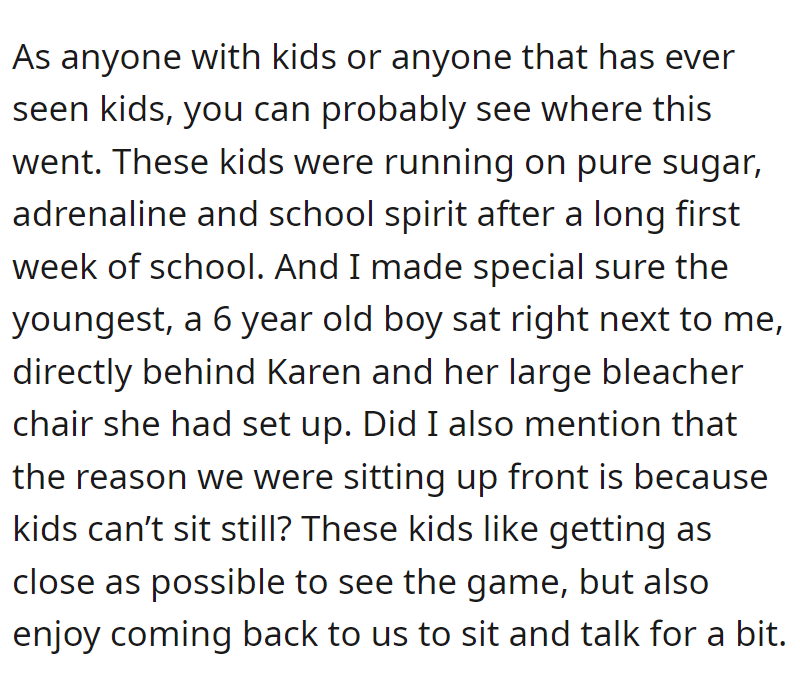 Now, usually, the woman would have told her kids to behave but this time, she gave them free reigns. 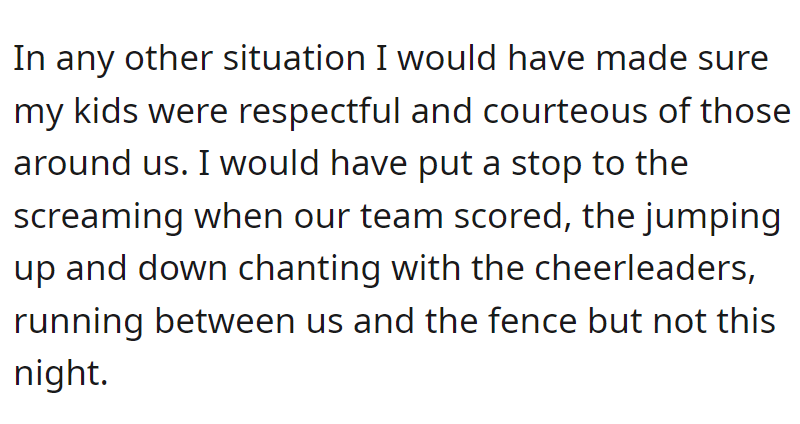 Karen and her friends were getting tired of the ruckus and decided to leave. 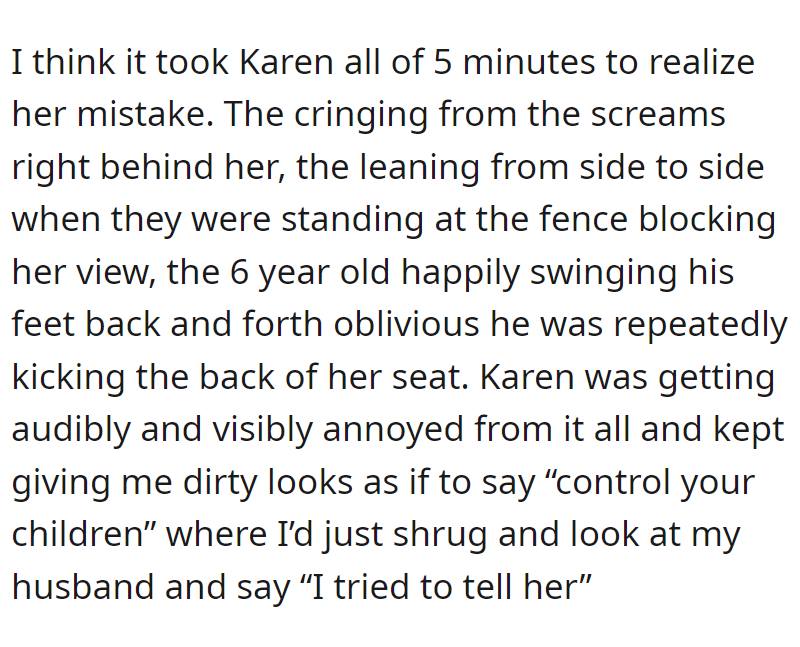 They clearly didn’t have a good time but it was their fault in the end. 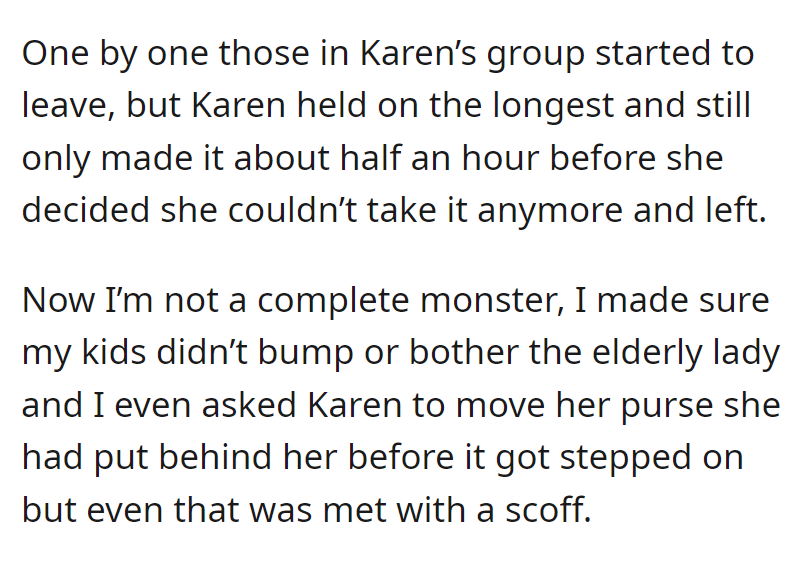 I hope that they learned their lesson. 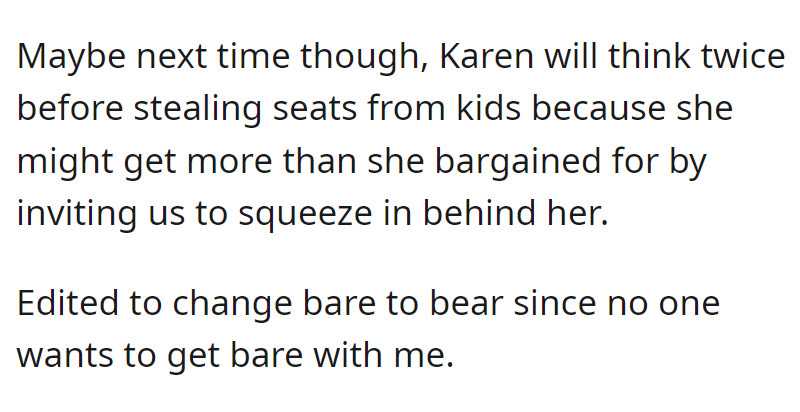 While I usually say that fighting fire with fire is not the best way to handle situations and that sometimes being the bigger person is the preferred method but even I have to admit that sometimes revenge is much sweeter. Now, I am not the biggest fan of kids but I am pretty sure that they had a blast in this situation as their parents didn’t stop them and the Karen and her friends got what they deserved. If they had not stolen the seats, none of this would have happened.

It was definitely worth it and we got a good story out of it as well. 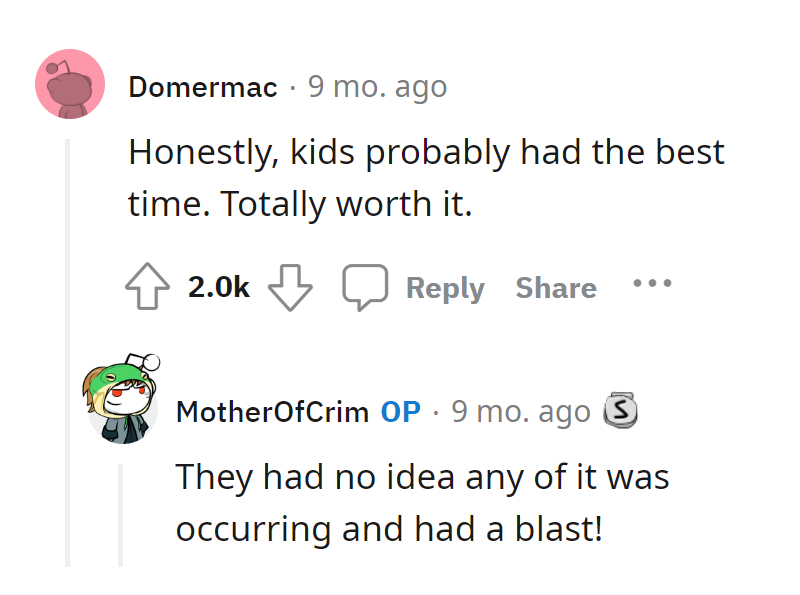 You get treated the way you act. It is as simple as that. 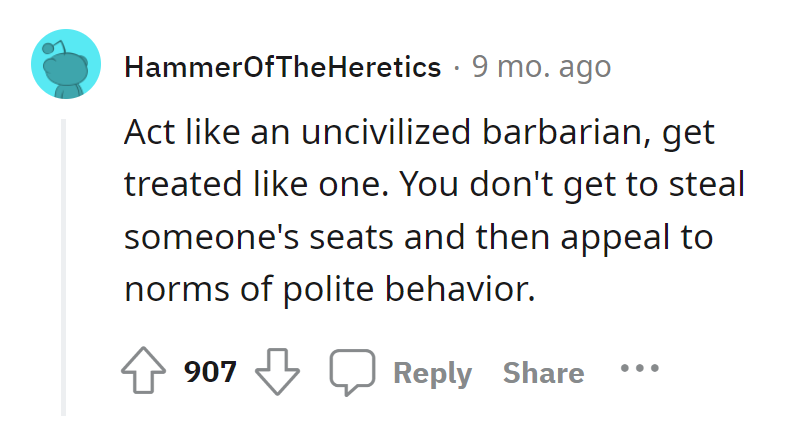 That would have been hilarious and now I wish it had. 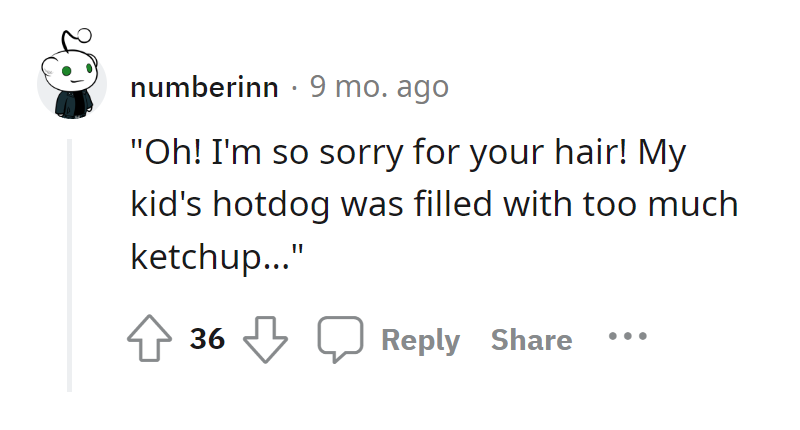 This person shared about how this would have never happened in her hometown and everyone would have stood up for them. 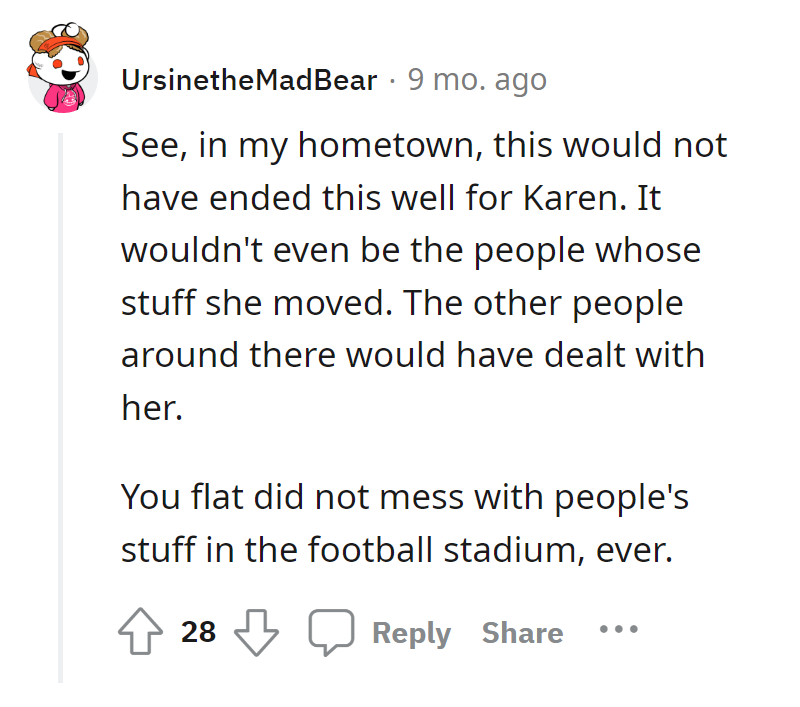 What are your thoughts on this story? If this happened to you, what would have been your response? Let us know in the comments below as we always love to hear your thoughts about these sorts of subjects.