You get what you pay for.

You are obviously not going to get 13 donuts when you pay for a dozen unless the bakery is having a discount. So it isn’t really nice to ask for extra when it isn’t in the hands of the staff to do so. They can’t be expected to take the brunt of your anger when it is the chef doing all the cooking. And let’s not forget the rules these staff members have to follow when making the required food item.

However, it seems many customers seem to forget this really important part. I can understand wanting your donut to be jam-packed with assorted flavors but there is a reason the filling is not meant to fill every crevice in the donut. This lady learned that the hard way when she asked for more jam filling in her donut.

I bet she really regretted asking for that after she bit into the weaponized donut but it was too little too late.

We have an oldie but a goodie right here. 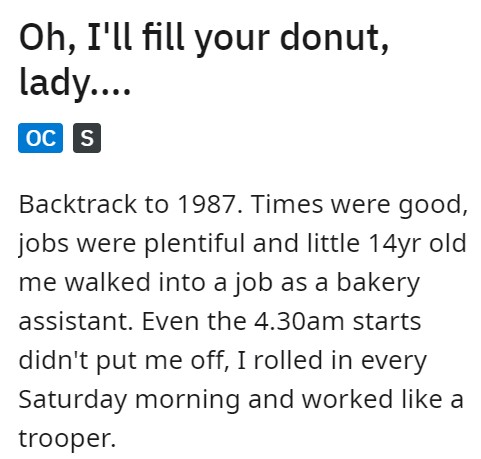 It’s not really the front staffs job to fill donuts. 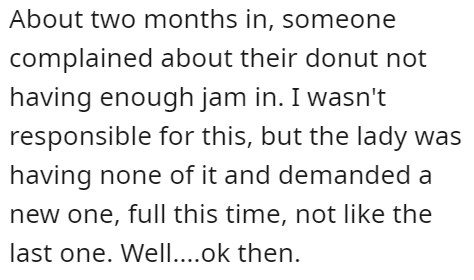 But they did what she asked giving her a bit more than what she had asked for. 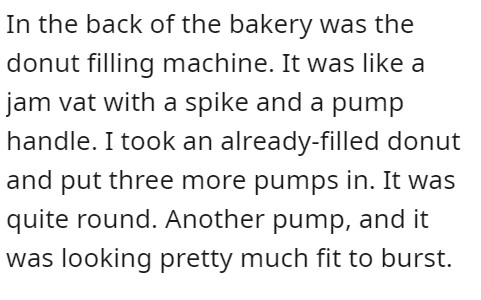 She must have looked really excited at that moment. 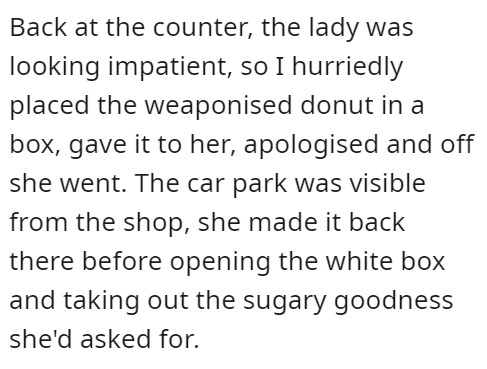 But that happiness was short-lived as she realized what had happened. 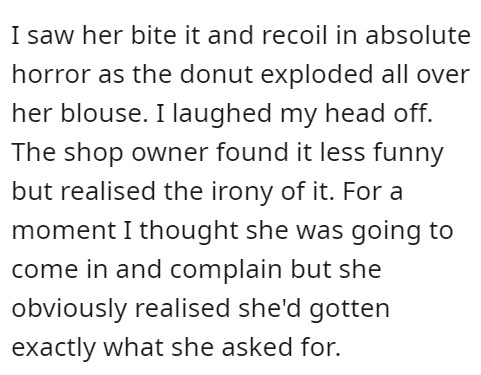 Thankfully she didn’t come in to yell some more because she had technically gotten what she had asked for. 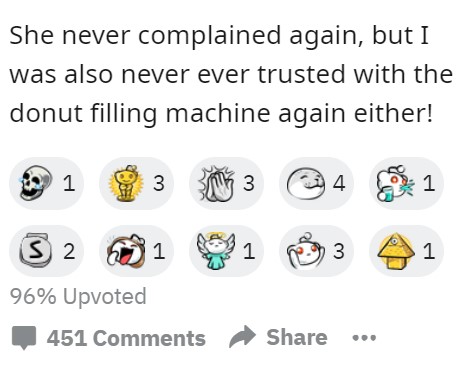 You just can’t please some people no matter how hard you try.

So when I worked at the golden arches we had a regular customer who came in three times a week. Every time they would want the steak and egg sandwich on a bagel. Every time they would come back through and scream at the cashier (I and she worked the same schedule every week so I knew her well) saying that his sandwich was too cold then leave.

Well, one day he comes in and this time he’s coming in hot. Starts right off yelling, saying that his sandwich better not be cold. I’m wearing a headset so I hear all this despite him being in the drive-thru. Well, I made a good sandwich, then I put it in the microwave for a minute.

If you don’t know, McDonald’s uses these insane microwaves, like 5 seconds in there heats most things up to acceptable levels. After a minute this sandwich was basically on fire, so hot that I could barely handle it. Not wanting anyone else to know about this I flipped around the counter, bagged it, and handed it to the guy.

Well, he never ate there again. He came back later in the day and screamed at the store manager, I wasn’t there but from what I gather he got banned from the store for being a d*ck. –shavinghobbit

This guy shared his own experience. 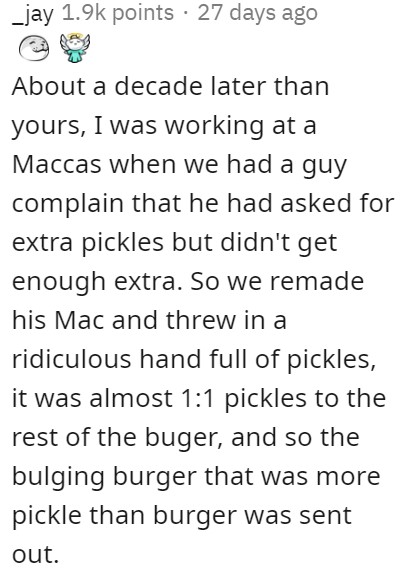 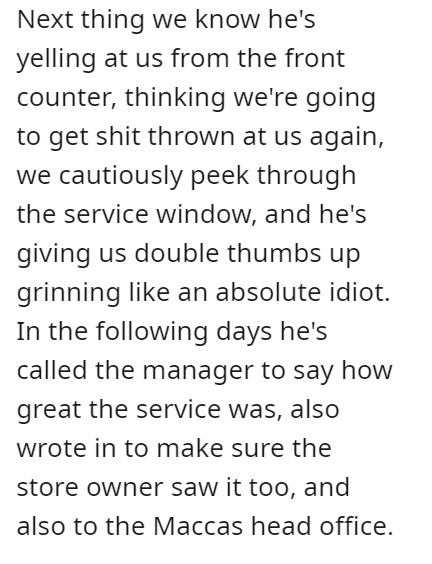 But his story did not end the way we would have expected. 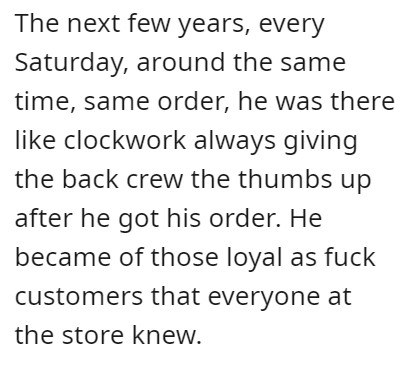 Some people just really like pickles. Nothing wrong with that. 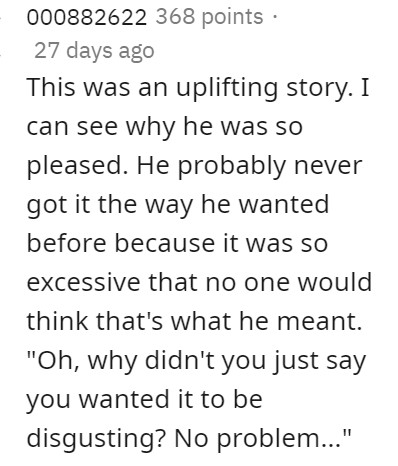 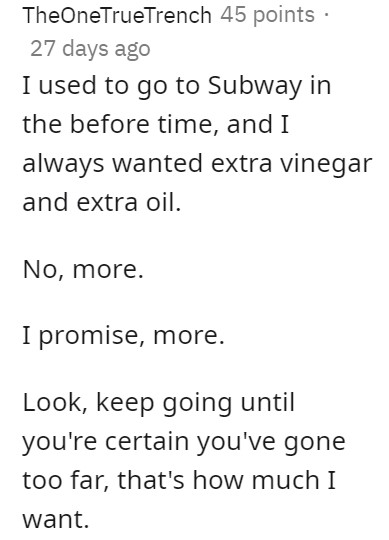 More cheese is never too much. 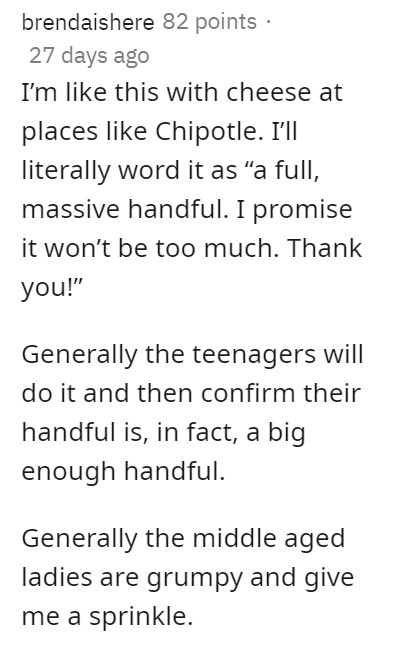 I wonder if the blouse was white. 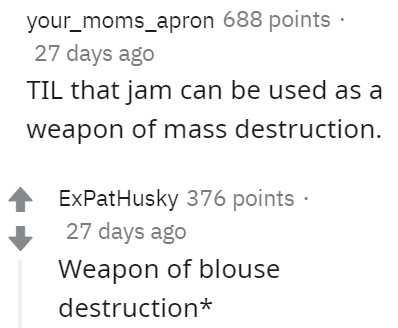 What did you think of this short story filled with sweet revenge? Let us know in the comments below.