Entitled people really do need a reality check every now and then.

Some people act like the world owes them something. They expect people to go out of their way to do things for them. Of course, it is people’s choice if they want to help someone out of pure kindness. But if they can’t, or simply do not want to, it gives no one the right to complain. After all, it was a choice. The world does not owe you anything and you do not have to act like a sore loser if you are told “no” by someone. Sadly, a lot of people don’t get the drill. They think they can ask whatever they want from people and actually expect them to comply with their wishes. They also act like choosing beggars, which is worse. If someone does want to fulfil your ridiculous demands, you do not get to state your preferences and act like a choosing beggar.

This entitled couple checked all the boxes for ridiculousness with their “Meal train” request. It was not really a meal train either. The couple is having a baby for the first time. It can be difficult, yes. But if you decided to become a parent, you should have prepared for it. The husband posted and demanded people make food for them. To make it a whole lot worse, they actually listed more than 30 recipes for the types of meals that they would accept. They also asked people to do their house chores for them like doing the dishes or walking the dog. The whole post is so entitled, it just shocks us to think anyone could actually act like this. Sadly, it is true. A Twitter user posted about it and it had all sorts of responses from the Twitterverse. Scroll down below to read the whole thing. 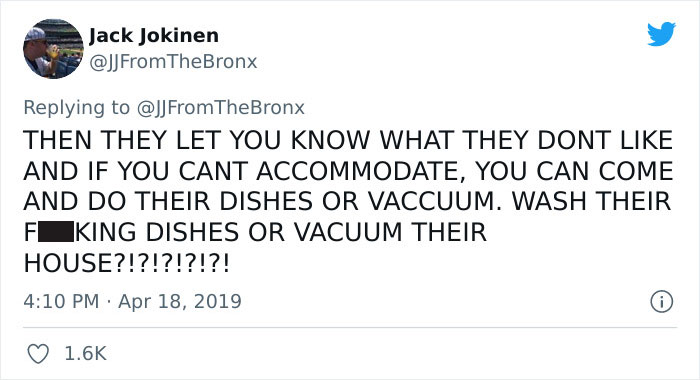 2. Looking after the neighbourhood as one.

3. The outrageous demands of these parents. 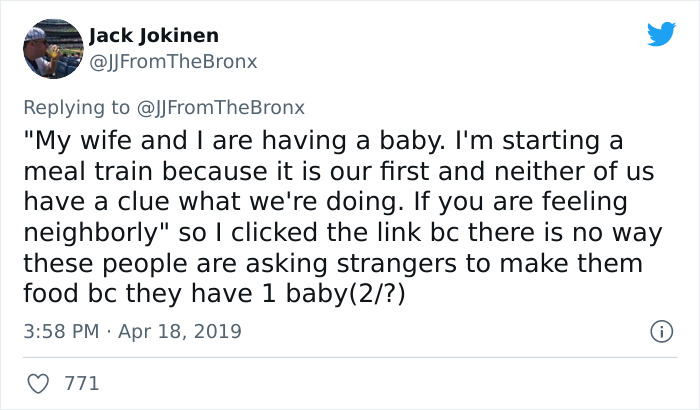 4. Straight up asking strangers to make food for them. 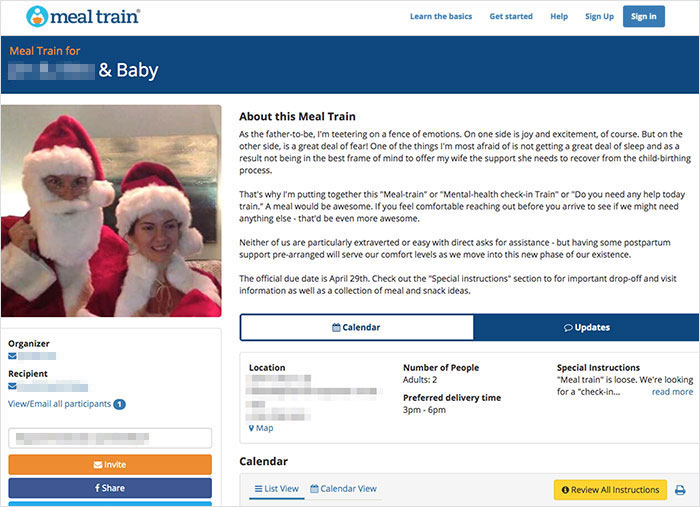 6. The father explains things from his side.

7. An okay-ish request it seemed at first until the 30+ specific meal list came up. 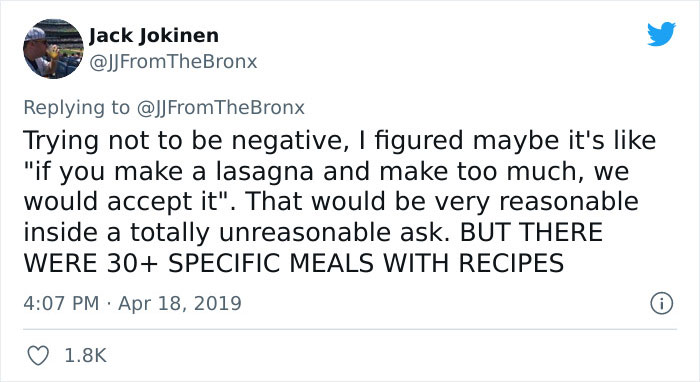 8. These parents didn’t hold back. 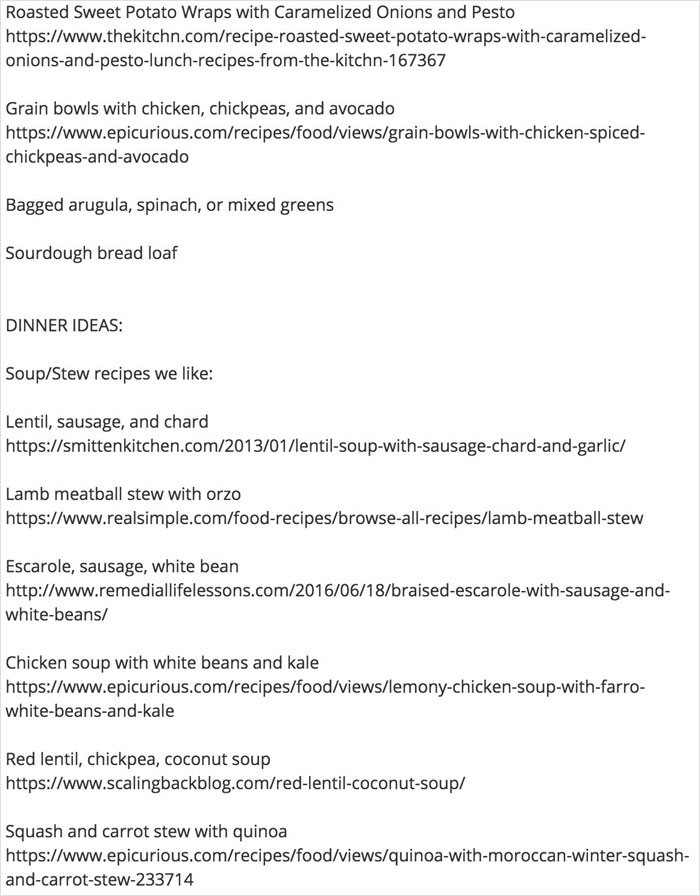 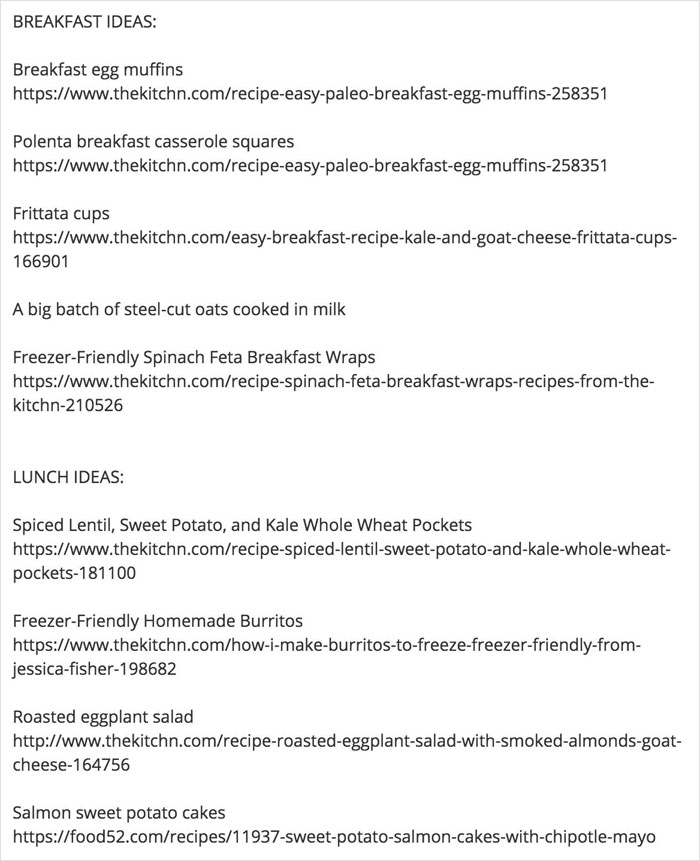 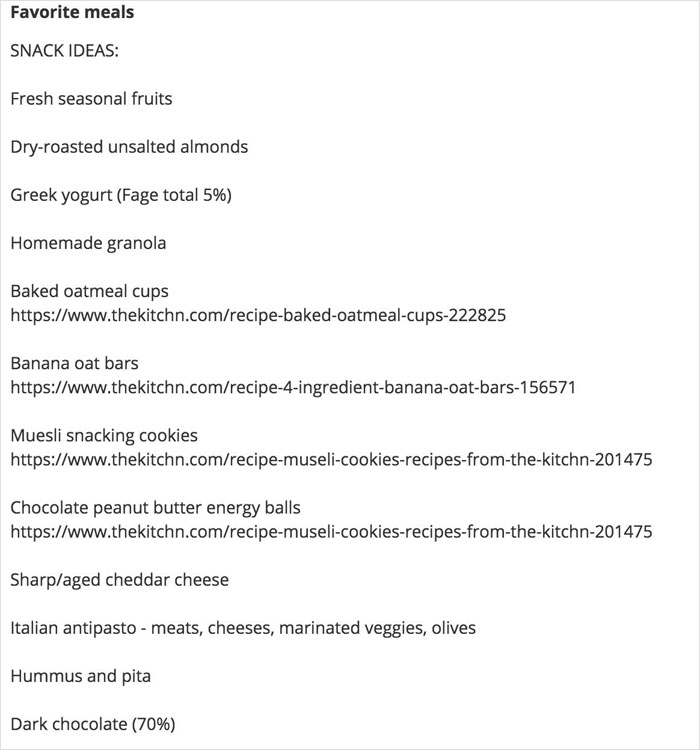 It really just baffles me how they listed recipes for meals. If someone wants to help you from the goodness of their heart, you are going to stop and tell them you want specific meals instead of whatever is easy for them to help with? I mean, it was understandable still if they asked for people to share their excess food but this just blows our mind. The world really is a funny place.

13. This person talks about their earlier ”Meal train” experience. 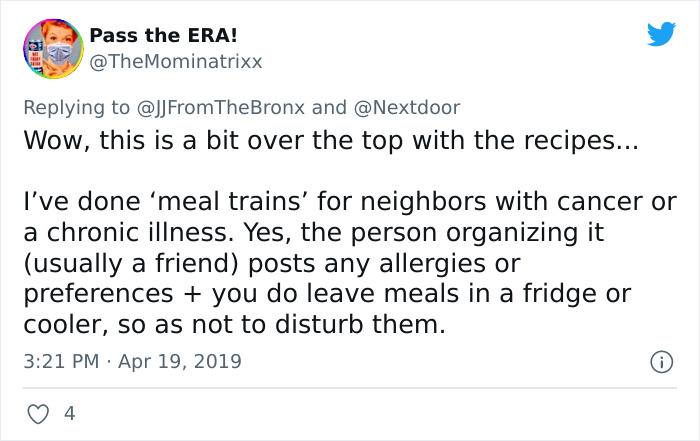 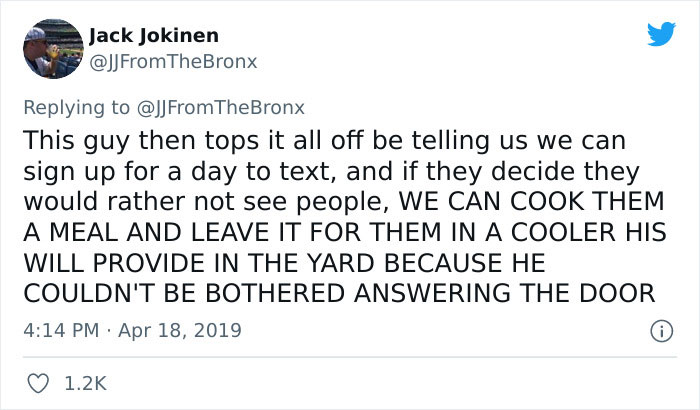 18. But the responses were positive.

19. This was the positive response.

Do you think this couple’s demands were ridiculous? Share your thought with us in the comments below.