You are going to regret coming here.

Do you ever hear something and then it haunts you for the rest of your life? Even years after you first hear it, one day you will just be chilling in your bed and get reminded of the thing you heard and cringe really hard. At moments like these, we just wish our brain was capable of forgetting things on command. But sadly, we don’t have that much control over our brains yet. So we just have to live in agony with all the memories and the disturbing things we have heard or seen. WItnessing something weird is not easy. Even if it didn’t happen to you, just watching it from far away will have the image implanted in your head. This is why we should start working on a machine that will erase pieces of our brains that we do not wish to remember. Somewhat like the movie Eternal Sunshine Of The Spotless Mind.

Well, if you want to traumatise yourself because you like torturing your mind, you have come to the perfect place. Below, we have listed 15 extremely disturbing facts that you will wish you just never read. Scroll down below to read all the facts:

This was the question asked by a Reddit user, “What is a disturbing fact you wish you could unlearn?” 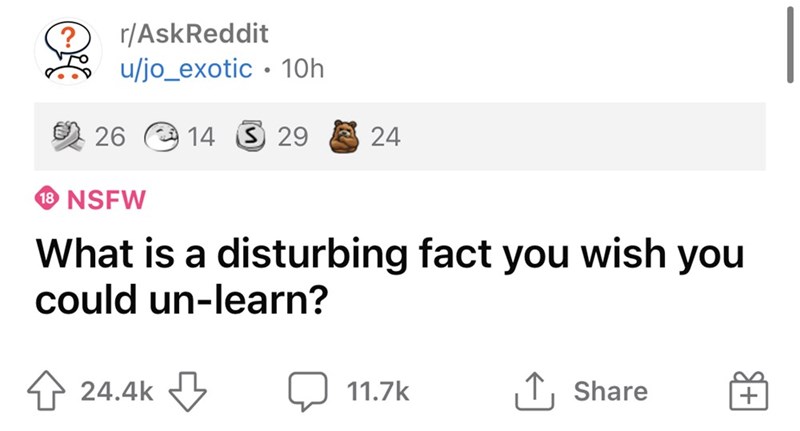 1. From now on, we will be referring to manatees as mermaids. 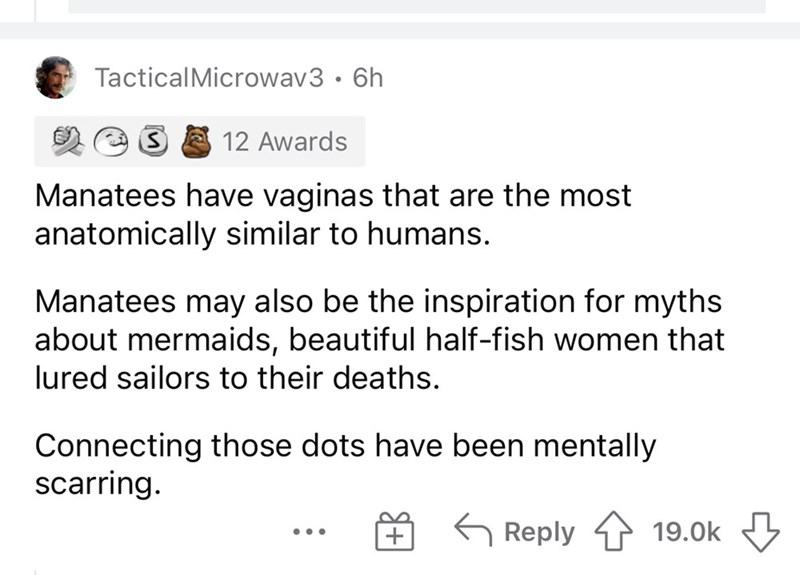 2. A weird type of barter trading.

3. It is weird but I always avoid breathing when I’m in a stinky bathroom. 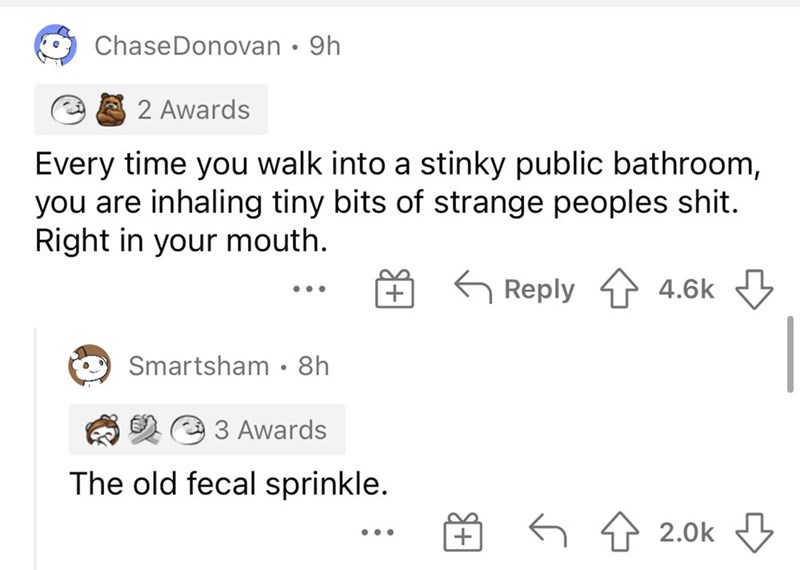 5. This just made me extremely uncomfortable. 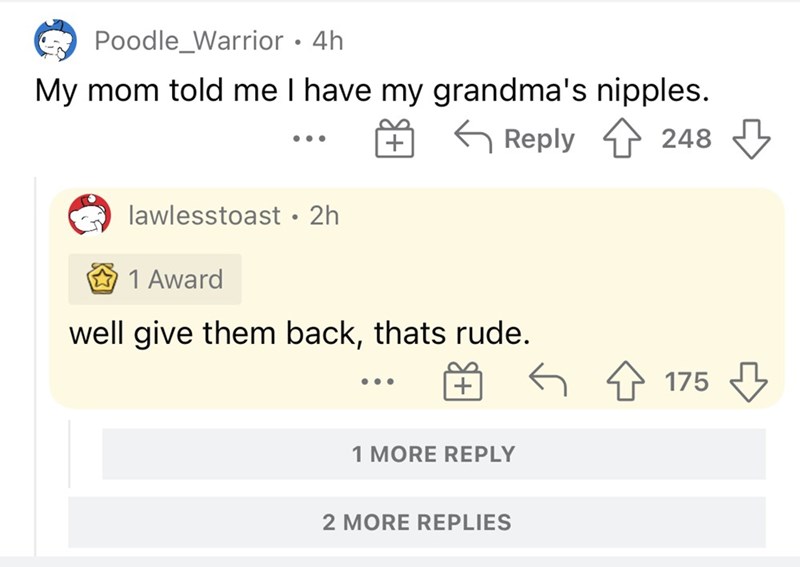 6. Do not show this to anyone with OCD.

7. Yummy and used for decomposing! How versatile. 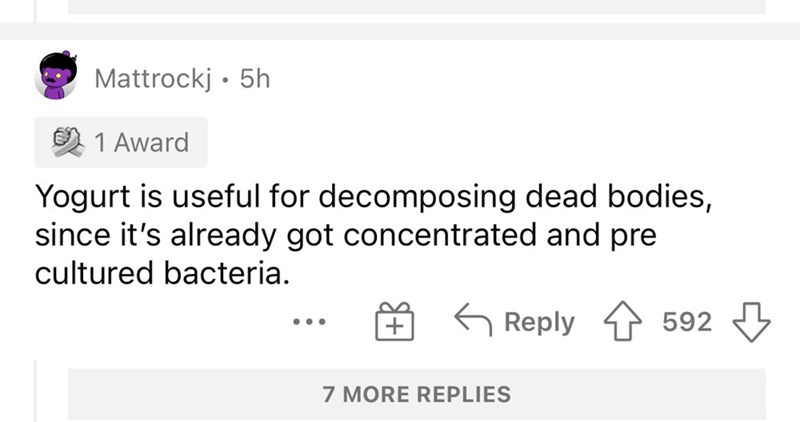 8. That is nightmare fuel. As if tumours weren’t bad enough. 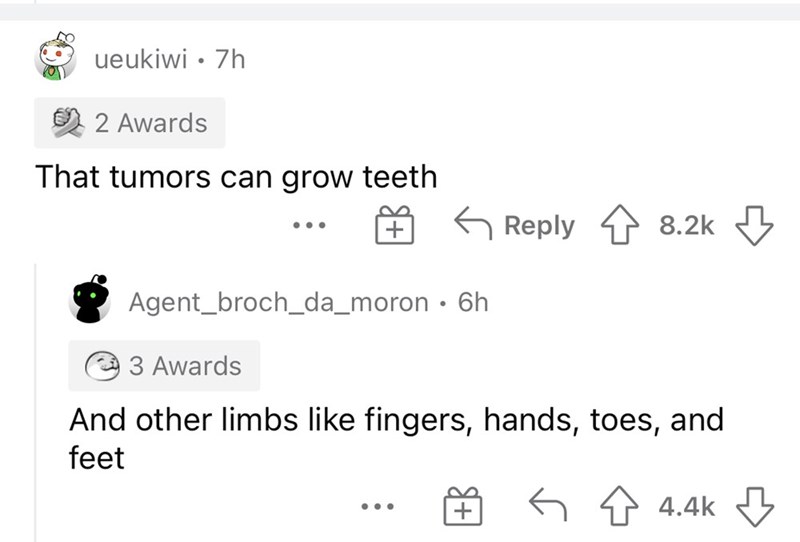 I am sure a lot of you are saying “I did not need to know that.” Well, you are right. You really did not need to know these random creepy facts but since we had to read them, passing them on became an obligation. If you are on a date and you don’t like the person, start telling them these facts so they will leave. Thank me later.

We still aren’t done with the weird facts though. Scroll down below to read the rest:

9. How the heck do you remove those?

10. Bedbugs were sent to Earth by Satan himself. 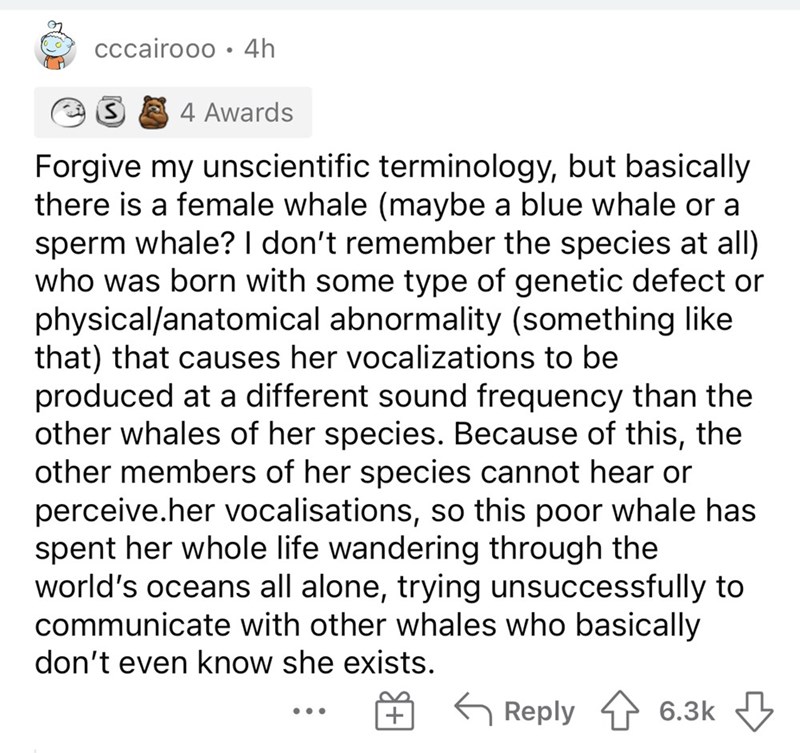 12. Cheese and vomit aren’t so different after all. 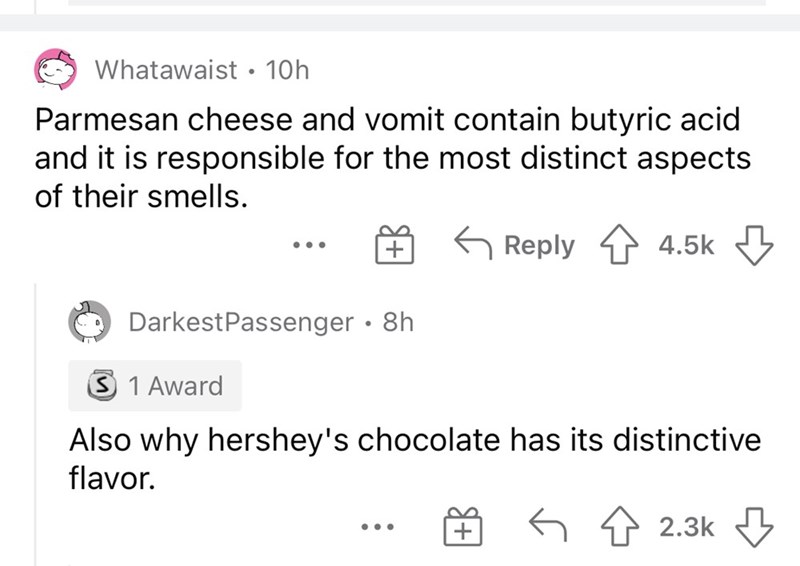 13. That looks like something taken out of a horror movie.

14. Don’t tell me it is actually legal somewhere.

We are all asking ourselves this question at this point.

Do you have any bizarre facts to share with us? Let us know in the comments down below!