Some people just think too highly of themselves.

We all have people in our messages who think they are a God’s gift to the world and nobody can ever be better than them. And if they get rejected, they take personal offense to that and will go off on the person unlucky enough to be in their sight. They will start threatening you with anything they have. And some of the time those threats aren’t empty either which makes this sort of situation just that terrifying.

That is what happened with this guy. He somehow got his neighbor’s number from her friend and decided to message her. He seemed to think that her boyfriend wasn’t treating her right and that he was the right guy for her. When she tried to explain that it wasn’t the case and to leave her alone. He obviously got pissed off and the conversation turned completely one-sided and nonsensical.

You can read all the messages for yourself by scrolling below.

I understand that anyone would be curious if they saw someone crying but this is not the way to do it. 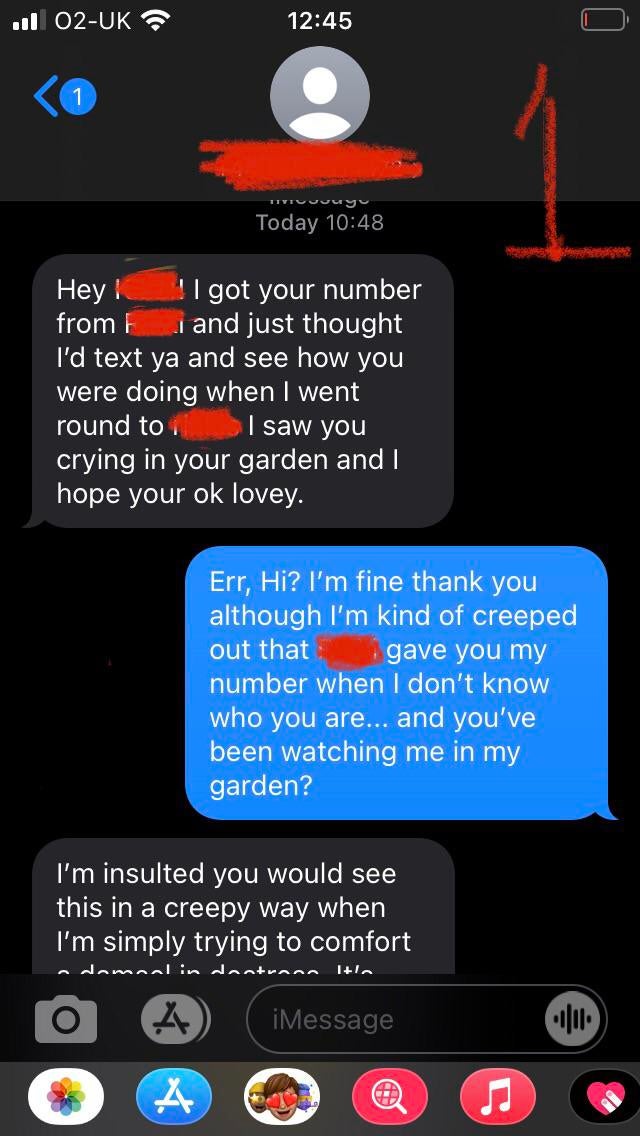 Getting someone’s number without their consent will always come off as creepy. 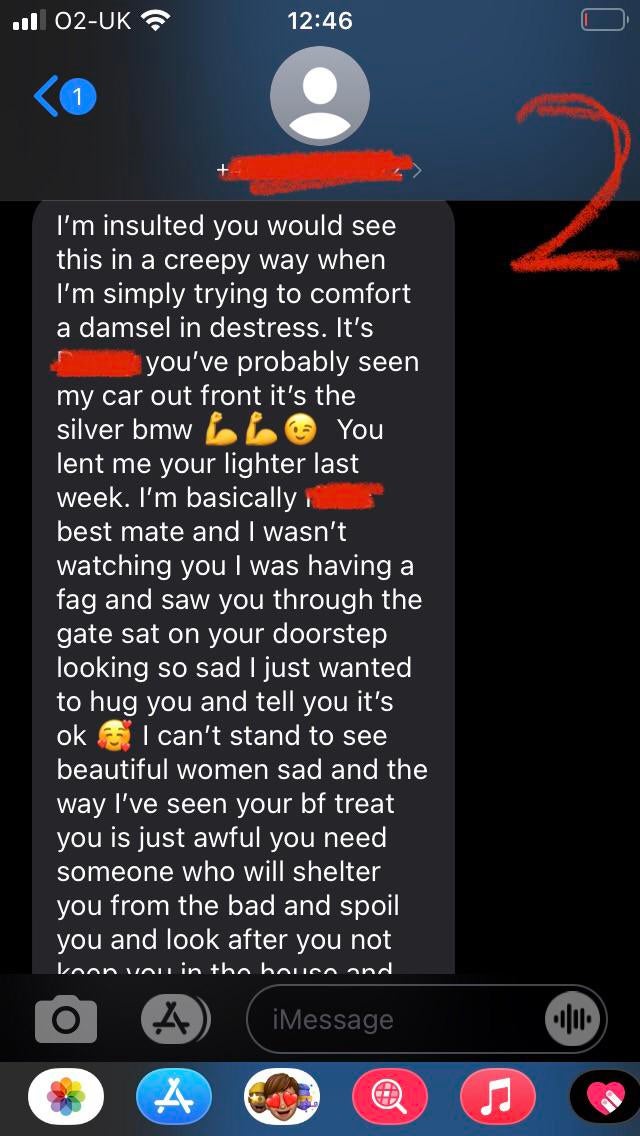 But things soon went from bad to worse and he clearly went crazy. 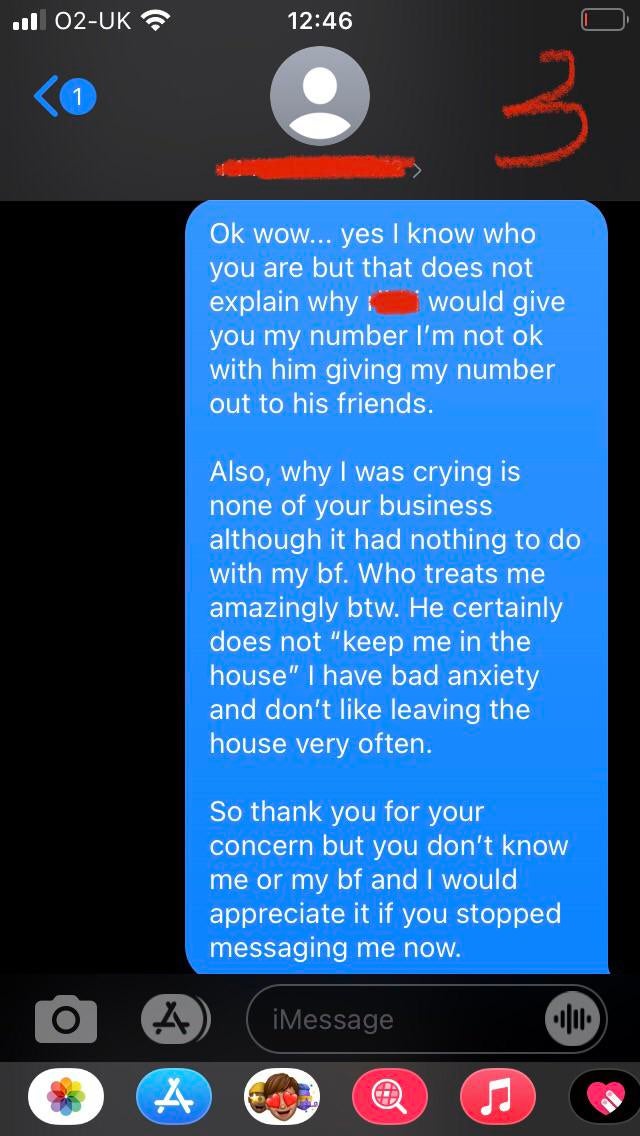 She tried to let him off easy but he wasn’t having any of it and started insulting her. 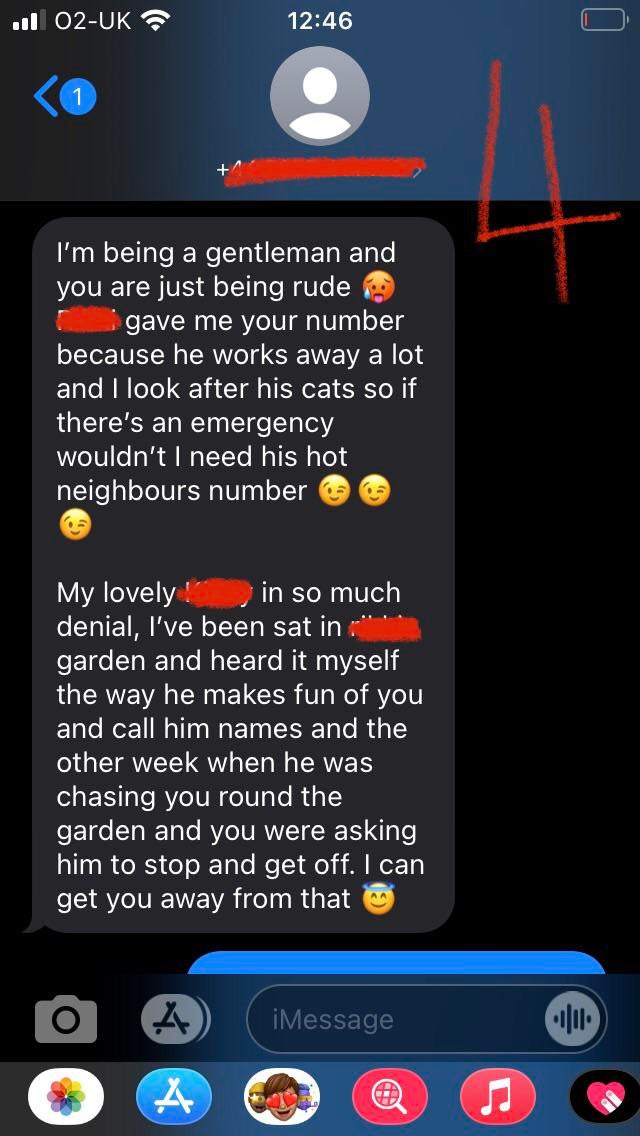 Anyone would react this way when a stranger starts butting into their business. 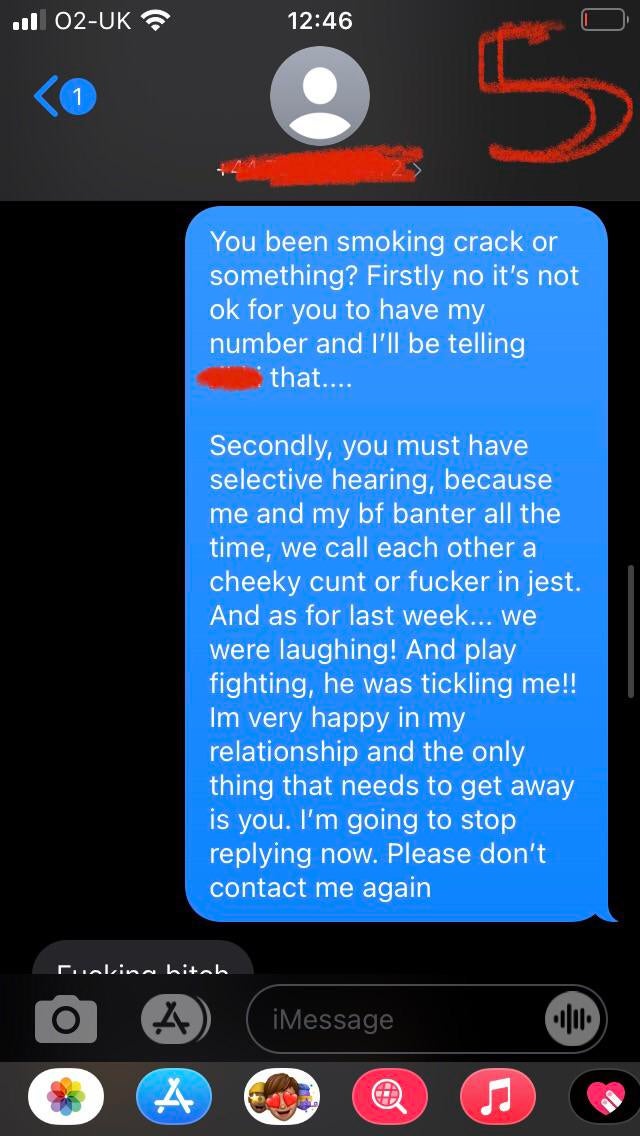 And this is when the gloves really came off and he said what was really on his mind which doesn’t surprise me. 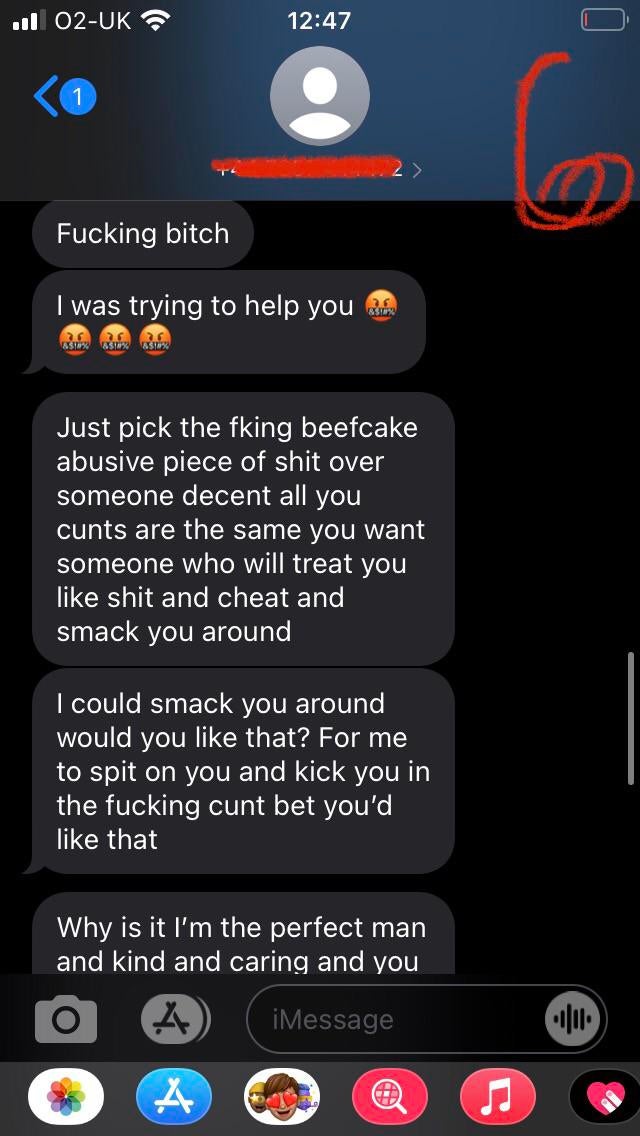 He clearly took the ‘rejection’ quite hard and needs some serious help. 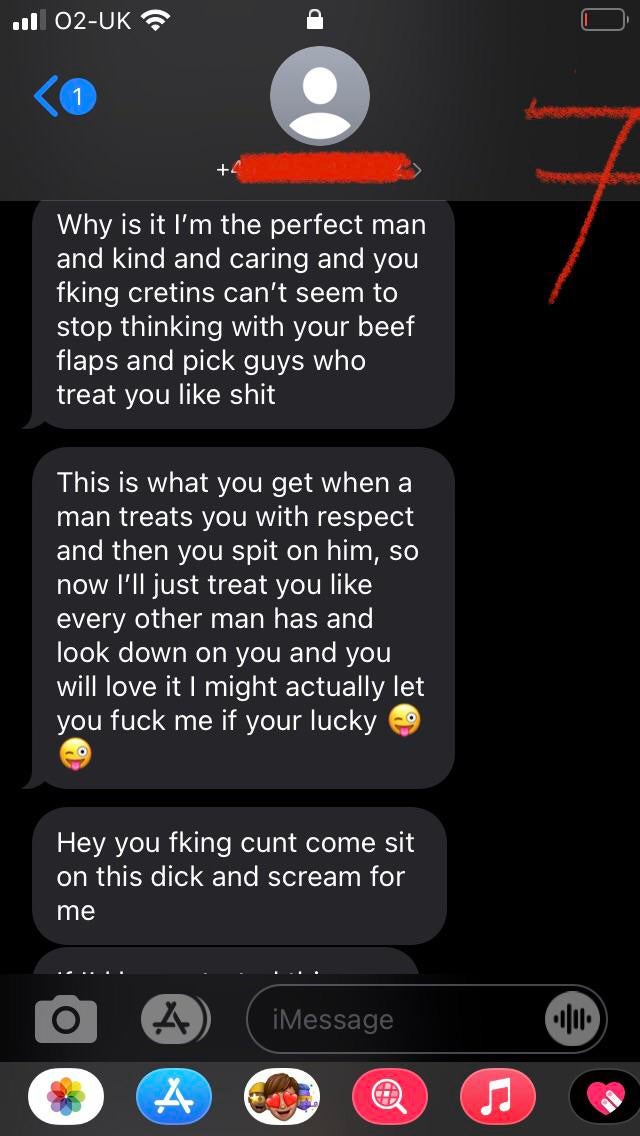 He even threatened her but hopefully, she stays safe. 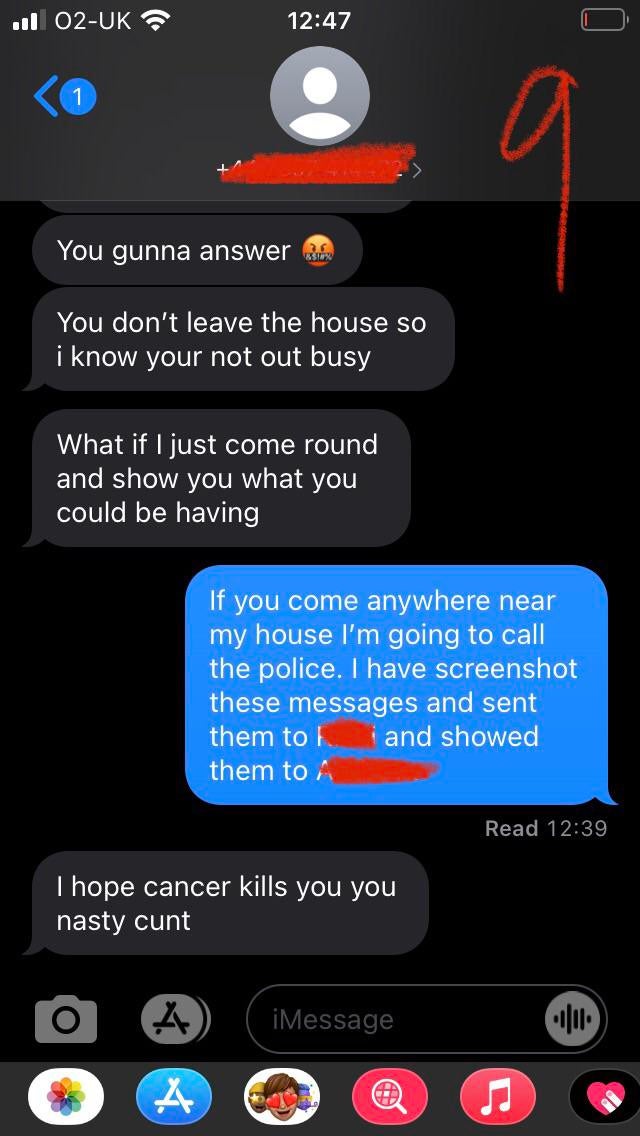 She later explained that the friend apologized for giving away her number.

He’s apologized saying he gave it for emergencies with the cats in case he can’t be reached, seeing as I have sort of a mini zoo with 2 cats 2 dogs, 3 snakes, and 4 leopard geckos. I’ve told him it’s not ok unless he talks to me first to give my number out, although if he would have asked for that reason, I probably would have said yes as I love animals.

He said he will let me know when he’s back from work and he will go speak to his mate. I’ve only lived here 2 months so I don’t know him very well. He seems like a decent enough person so hopefully, he doesn’t want a friend like that. –NotMeButYou_91

If he was indeed broken then so if half the population of the world.

These sorts of things happen all the time which is quite horrific, to say the least. 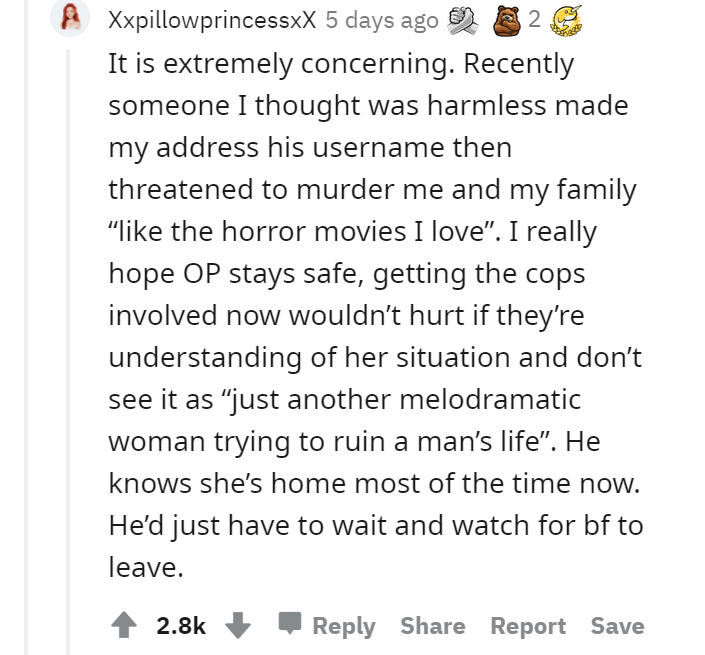 However, the story didn’t just end there and she had an update.

Apparently, she did call the police. 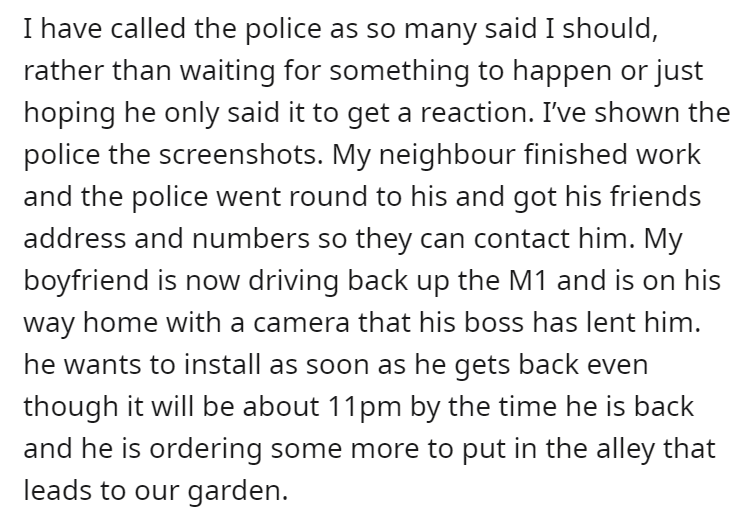 And her boyfriend was just as angry as expected. 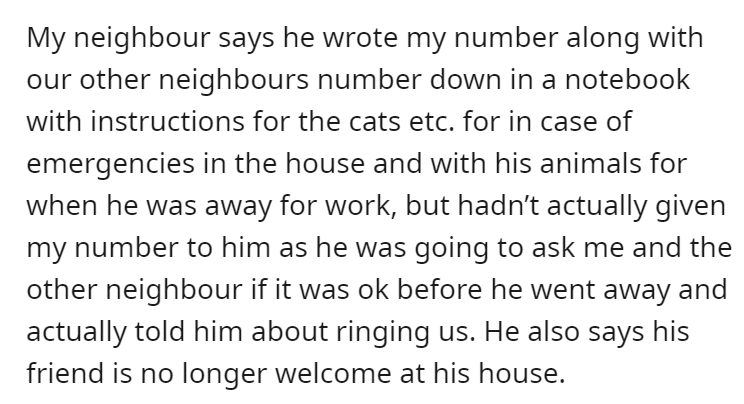 The police did say he might get some sort of punishment at least which is good. 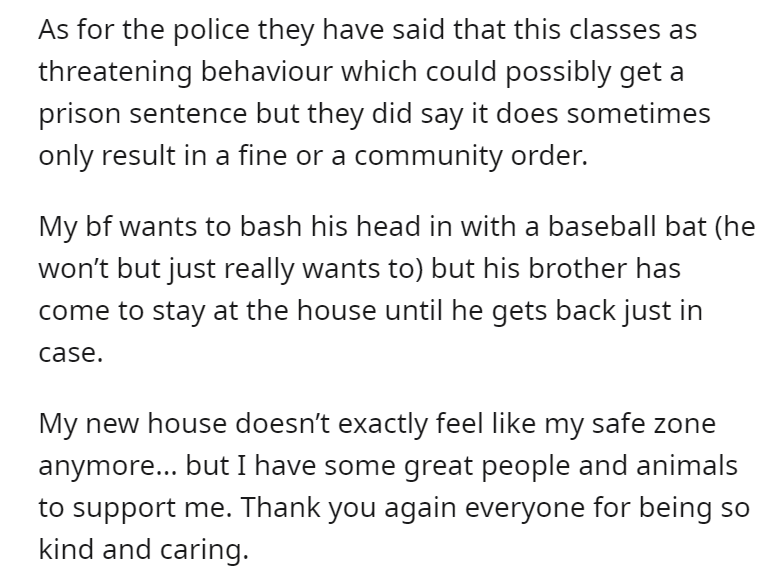 She also talked about how she has been treated on Reddit.

And she had to explain her actions as well. 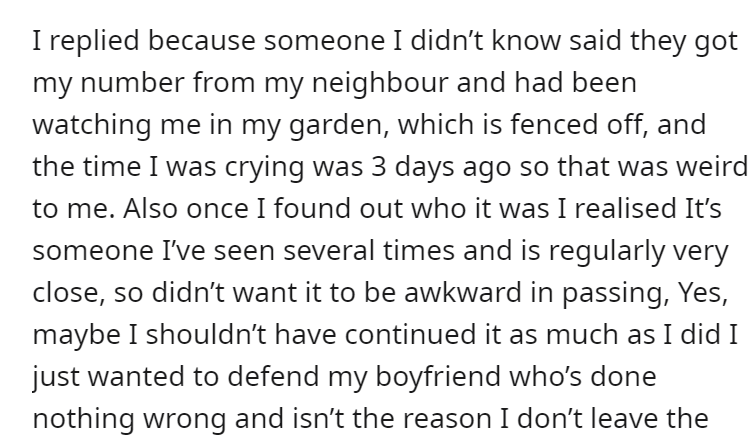 How would you have responded to this guy? Let us know your opinion in the comments.