This is why you don’t discriminate.

Whether someone is old or a female, if they can do the job right and have the qualifications. Nobody has the right to turn them away without a valid reason. And no matter what anyone says, race, color, gender, or age are not valid reasons for turning someone away However, even in this century, there are still people who are not aware of this law and think they can get away with discrimination.

At least that is what these guys thought. Now I understand you want to hire fit and young people at a gym equipment store, it isn’t right but I get it. However, what is not okay is not even considering a woman who has all the knowledge and experience you could ever need. Thankfully she wasn’t actually there for a job but she certainly taught them a lesson.

We sometimes seem to forget that this pandemic is hitting the older people the worst. 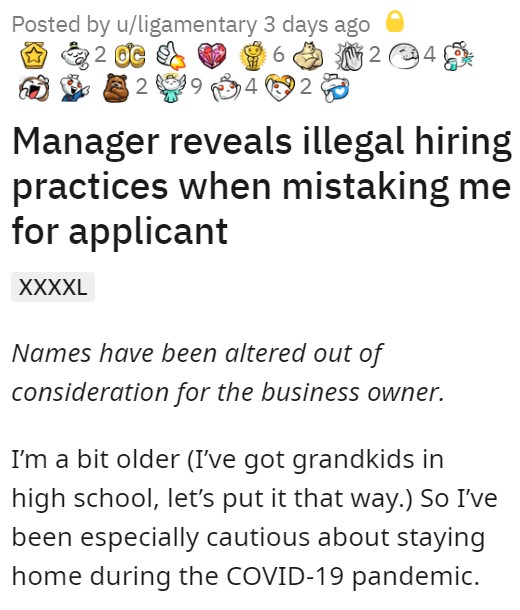 They are always so helpful when you are spending money. 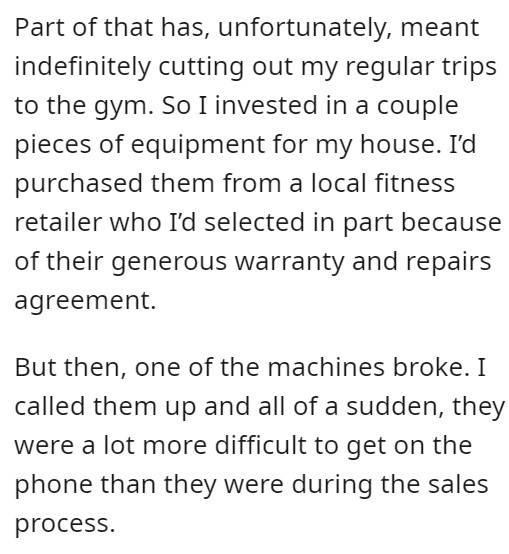 But they always do a 180 when you need something fixed. 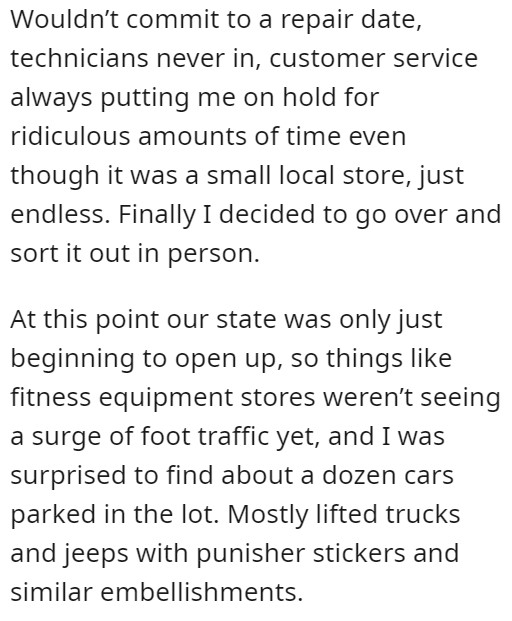 She finally decided to talk to them in person. 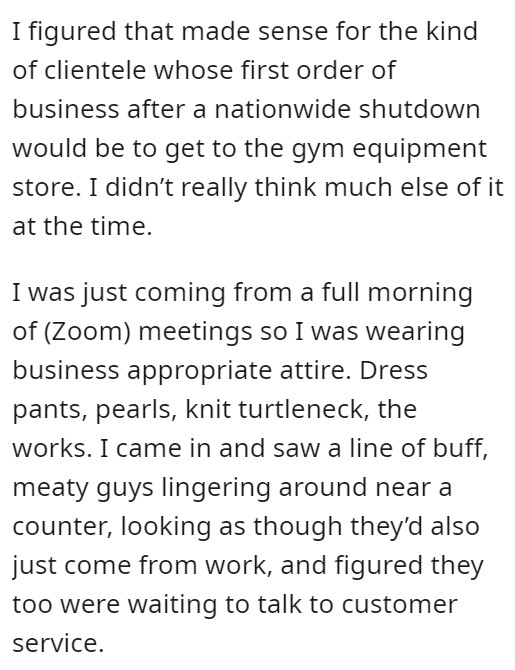 But this is where things started to get interesting. 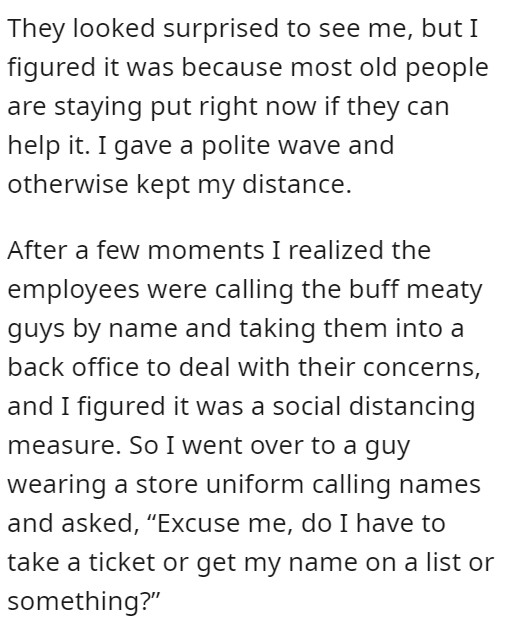 She was quite confused as to what was happening and why no one was helping her. 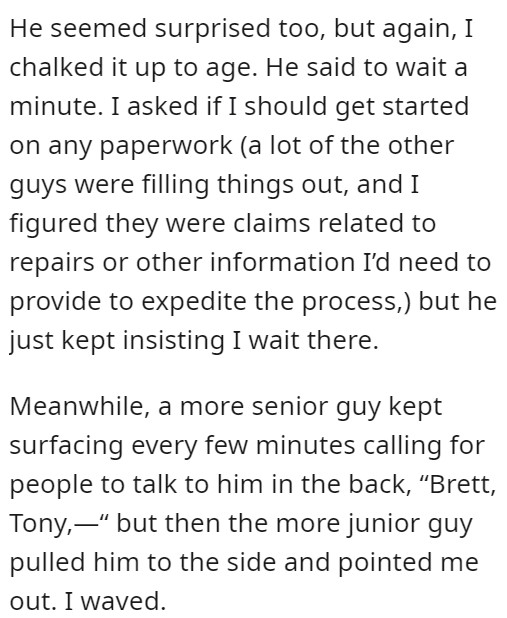 But she thought, she should wait and fill the paperwork first. 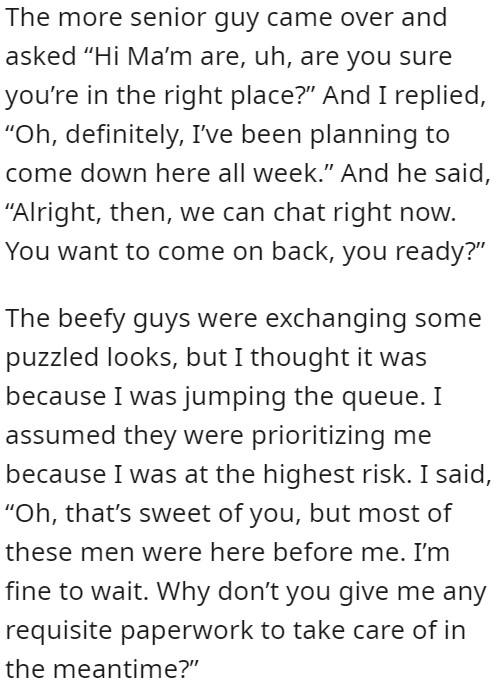 Were they new on the job? Why did they bring her into the office? 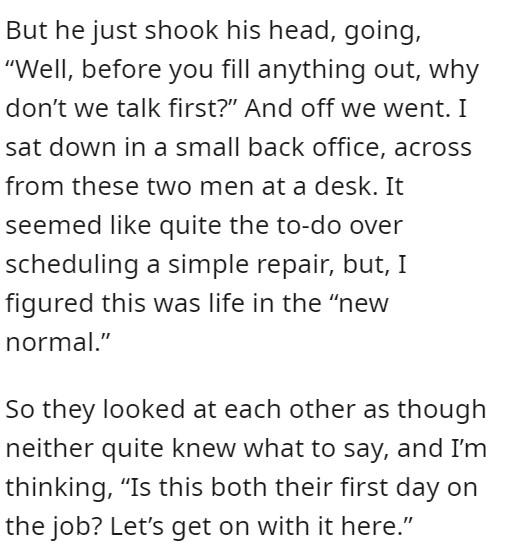 That was a weird question to ask.

But she wasn’t uneducated about these things and she told them so. 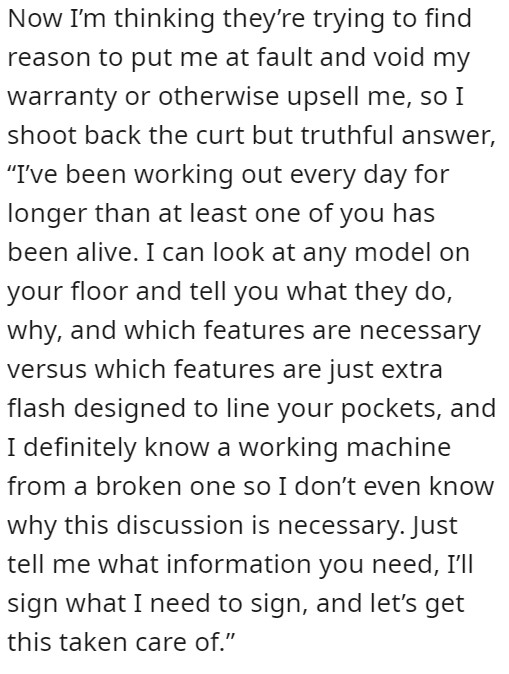 However, this is when she started to realize something. 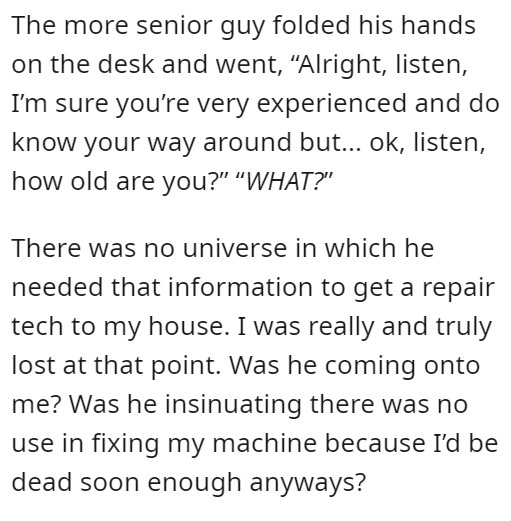 They had thought she came to apply for a job there. 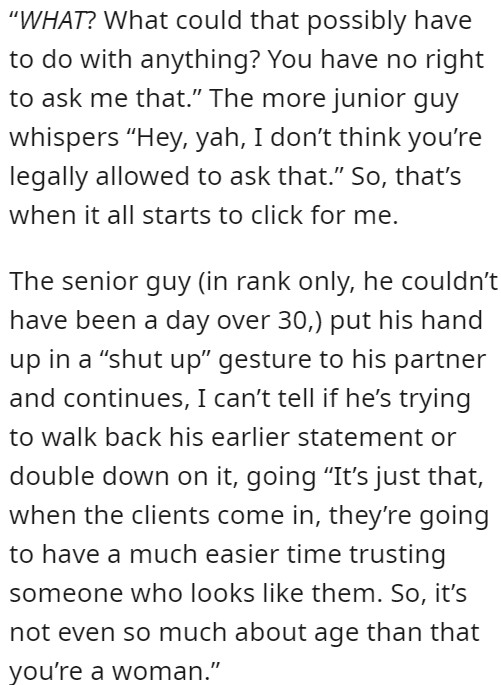 But rather than correct them she wanted to see why she wasn’t ‘appropriate’ for this vacancy. 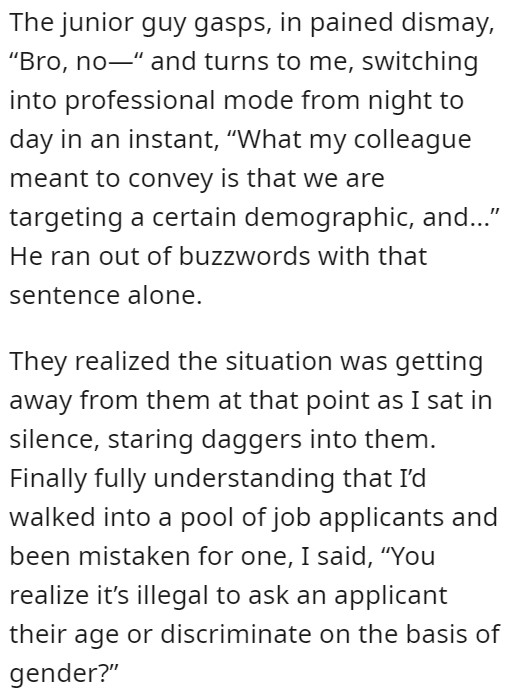 The guy tried his best to explain why a woman shouldn’t work there. 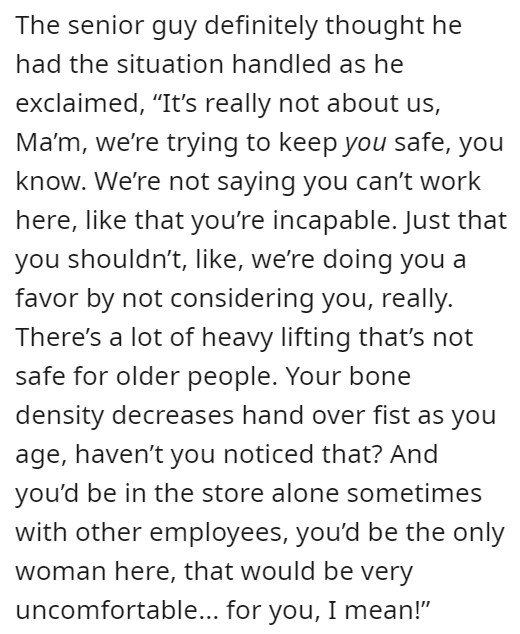 She was getting angrier by the moment with how this guy was treating her. 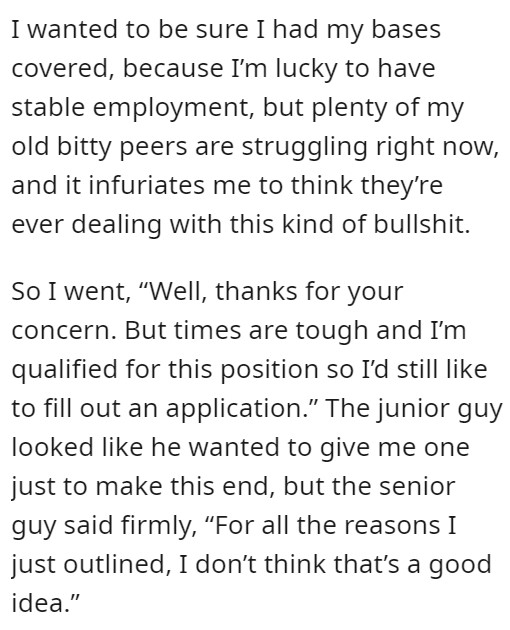 So she thought that she would take this directly to the owner rather than dealing with them. 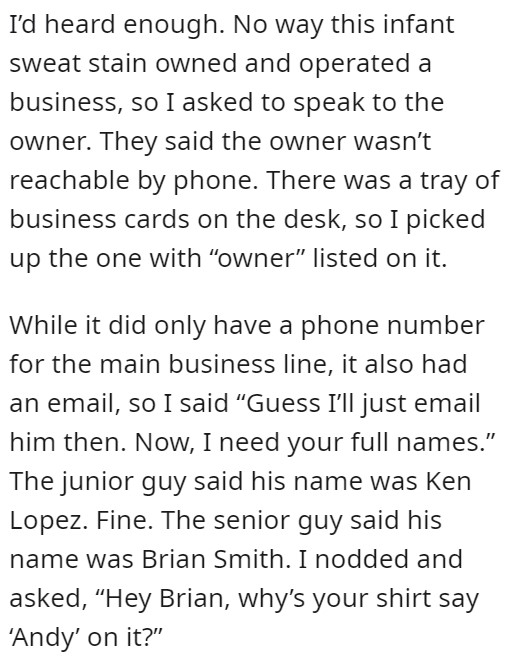 She wanted all of her bases covered before she left. 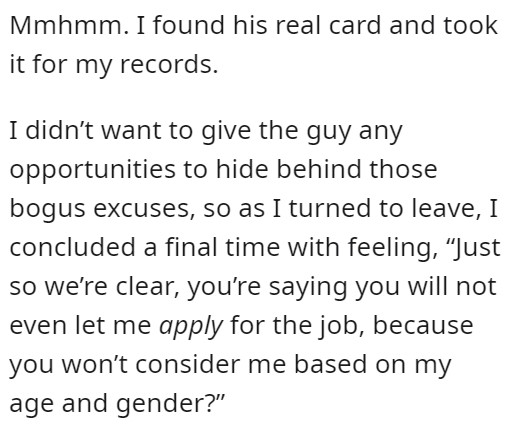 Sounds like you’d be the perfect secret shopper! You know your rights, you recognize discrimination – aren’t afraid to call it out either, and you didn’t hesitate to make sure the people who were being negligent were disciplined.

When I worked at my old job I wished a secret shopped would’ve come in and busted the lazy manager who needed to be fired WAY SOONER than he was… Little creep! –SheWhoLovesToDraw

Neither of the guys was in the right in this scenario. 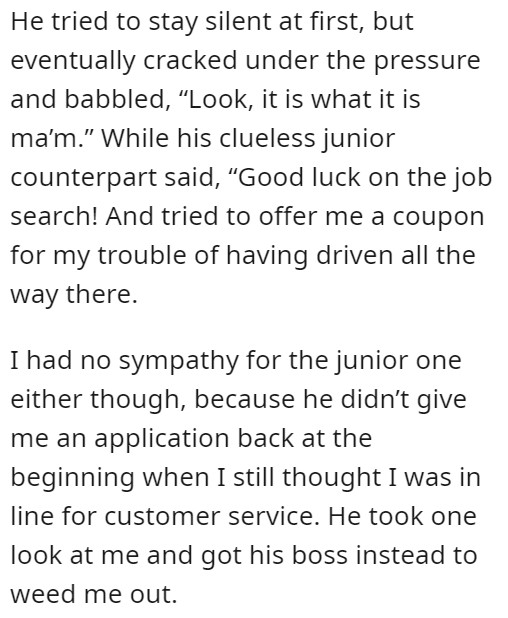 So she contacted the owner and told them everything that had happened to her in the store. 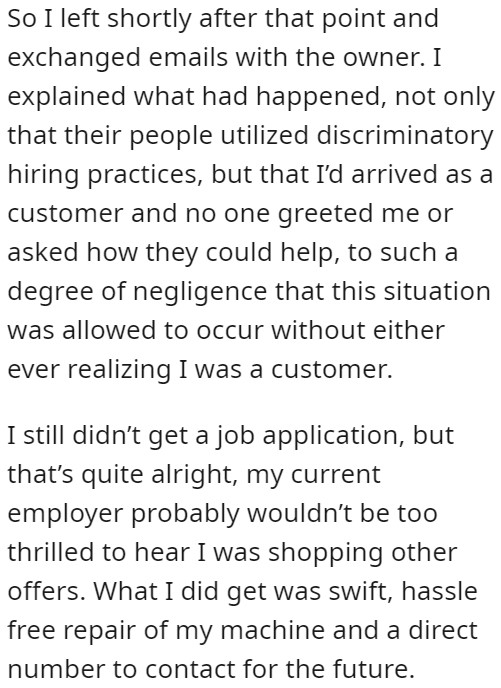 I hope your grandkids in high school realize what a kick-ass grandma they have!! What an awesome story!!! –otterhound1

The best part however was that the owner was a woman and the guys got what they deserved. 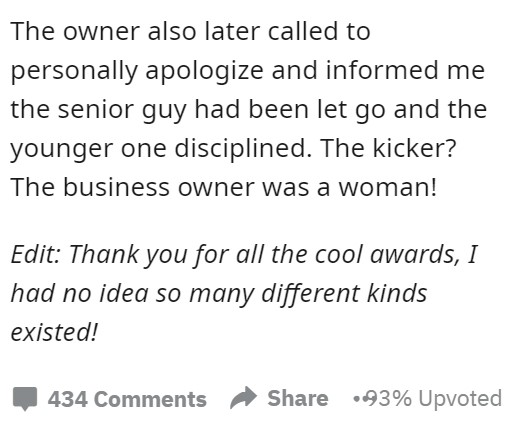 Would you hire someone older if they have the experience? Comment down below and let us know. Does age or gender matter if the person has the qualification?