This is why you never open a box of insects.

Granted if I knew something had an insect inside, I would run halfway to another country. This father however needed the crickets for his lizards. What he didn’t know was that the cricked he had shipped to his house weren’t ‘properly packaged’. Which is to say they were hopping around in the cardboard box and the moment he opened it, a few jumped out.

And anyone who has seen a cricket knows they can be fast buggers and they will disappear before you can even realize they have gotten out. Safe to say hilarity and chaos ensued the moment the box arrived. And you can read all of the ‘experience’ by scrolling on below and reading it yourself.

I have no idea why he had the crickets delivered. 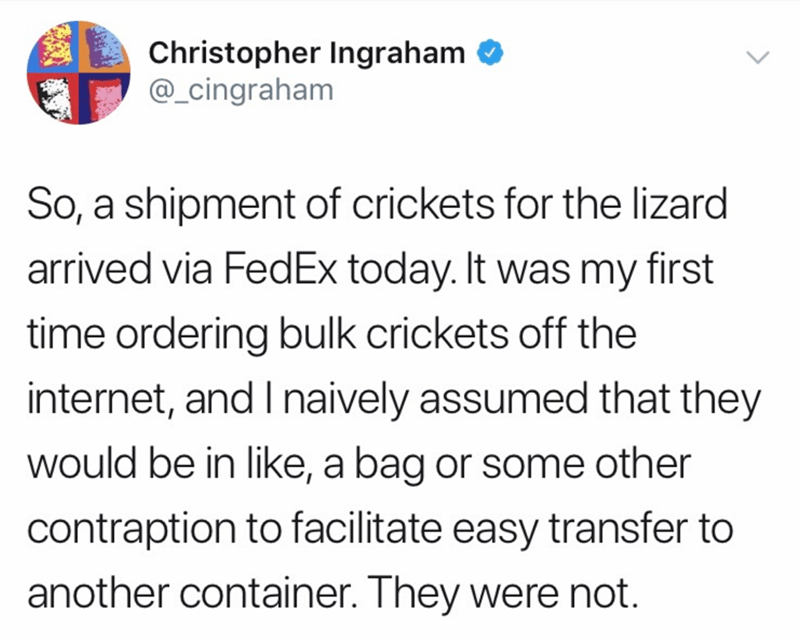 And I am surprised that the company did not package them better. 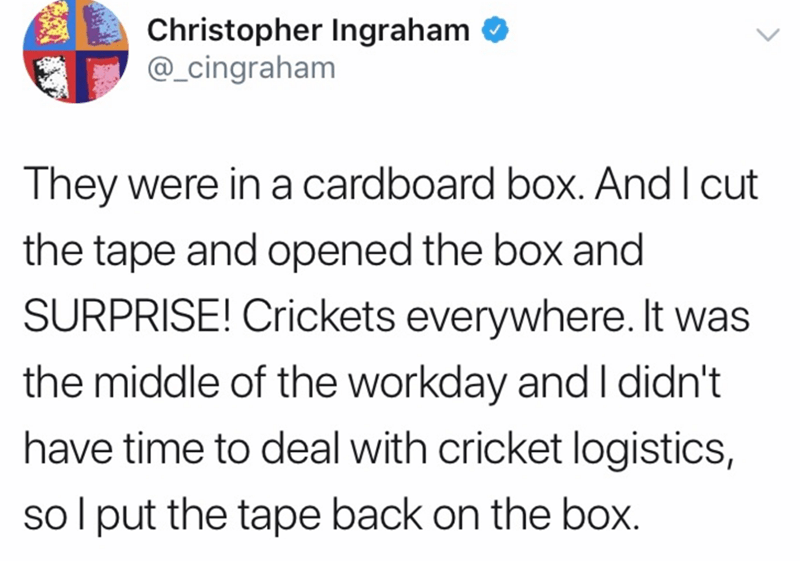 One of our senior pranks was to let loose about 1000 crickets in the admin bldg. But that was kind of a funny accident because we dumped them into the glassed in little (10×10′) garden in the middle of the bldg from the roof, which was open above the garden.

Don’t know how they got from there into the offices.

Honestly, this does not seem like the best idea. 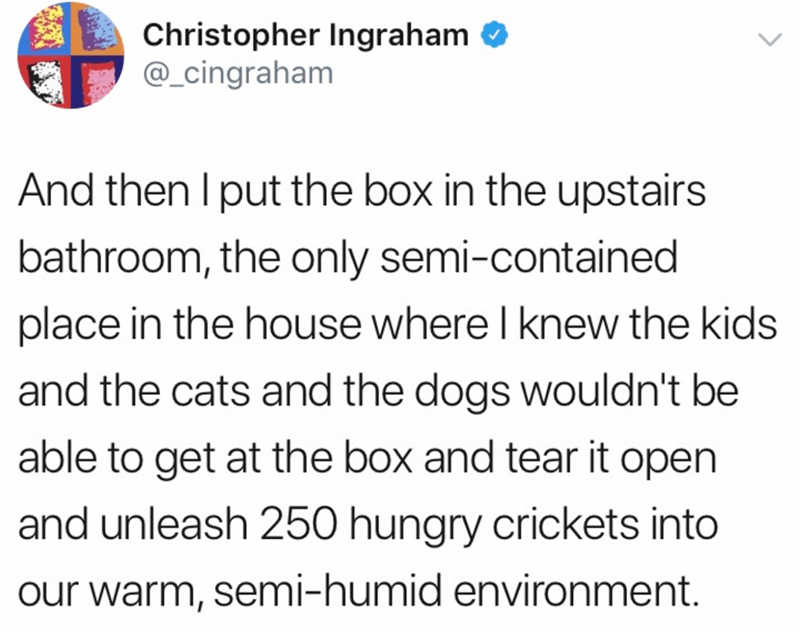 Is anyone even shocked that this happened? 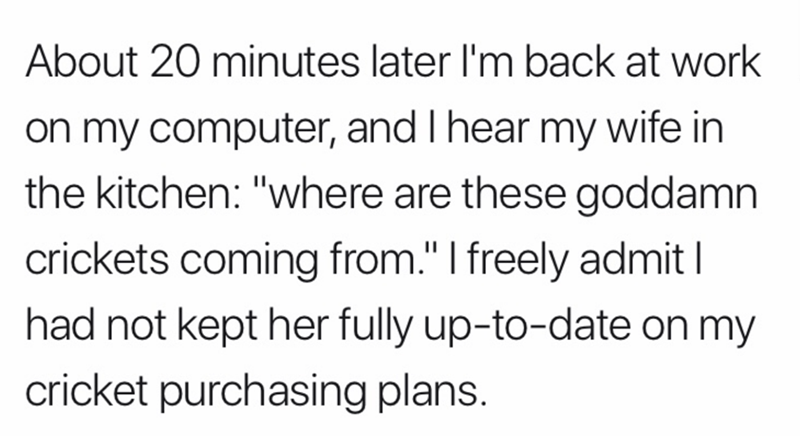 One or two crickets wouldn’t be that big of a problem, right?

But that was the end of all his problems.

He finally decided to tell his wife what she had already figured out. 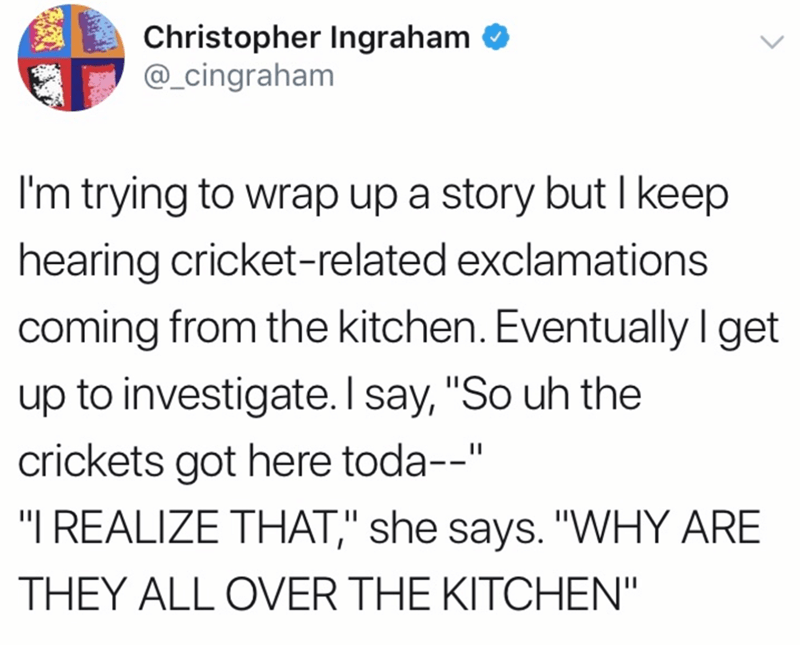 I had this happen to but smaller scale .I brought some crickets home from the pet shop for my lizard about 45 in a plastic bag .

I left them in the room on the shelf and left the room to start dinner ,well my 4 year old decided to do a scene from born free and yep we had a cricket rodeo I was not amused.Weeks later we are still hearing crickets. 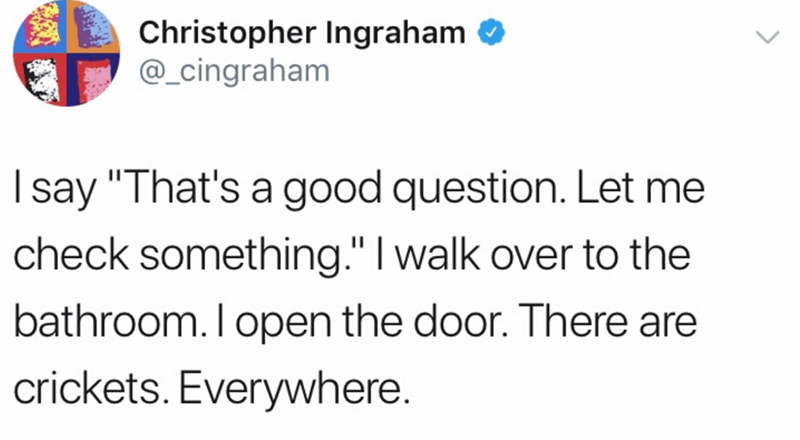 The crickets: Hippity hoppity your home is now my property.

How cheerful can anyone sound when there are crickets everywhere? 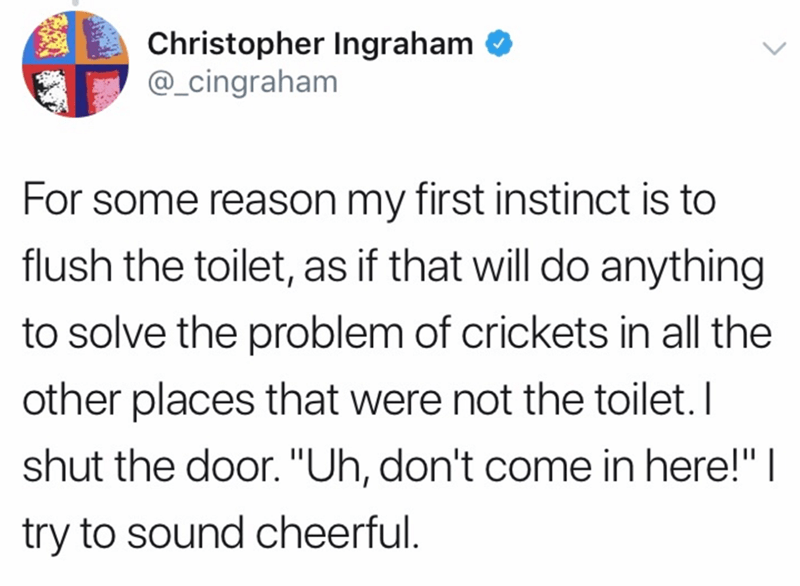 I can’t even imagine how he collected it, it must have been awful. 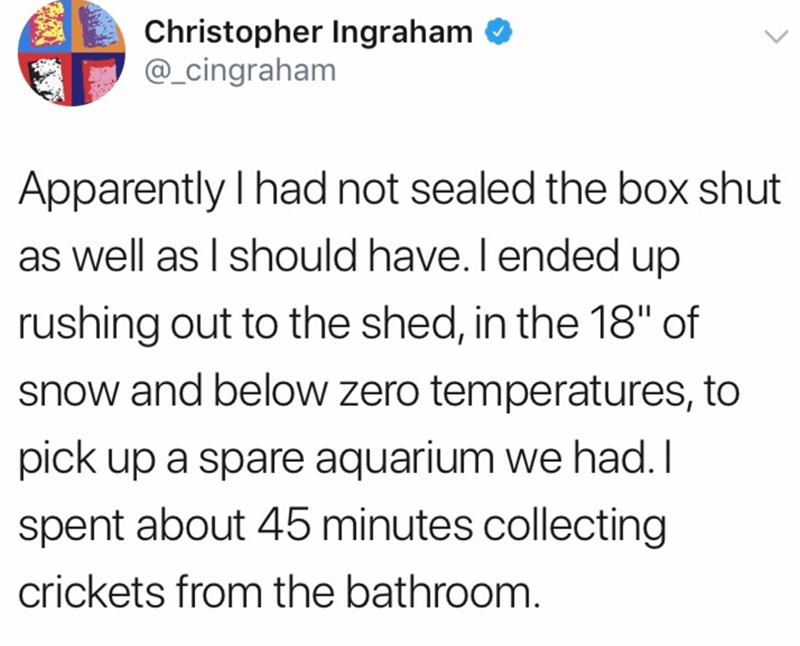 At least the cats will be able to kill the hidden ones. 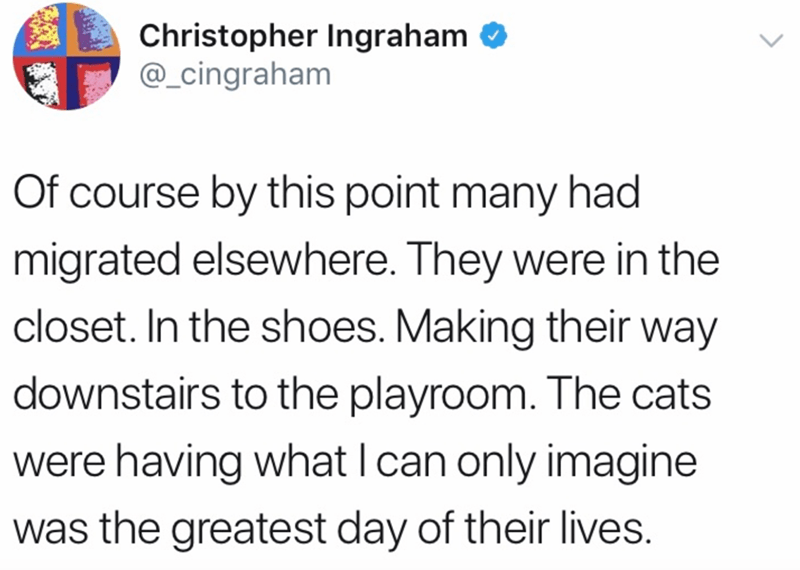 I just hope someday they are eradicated from their house. 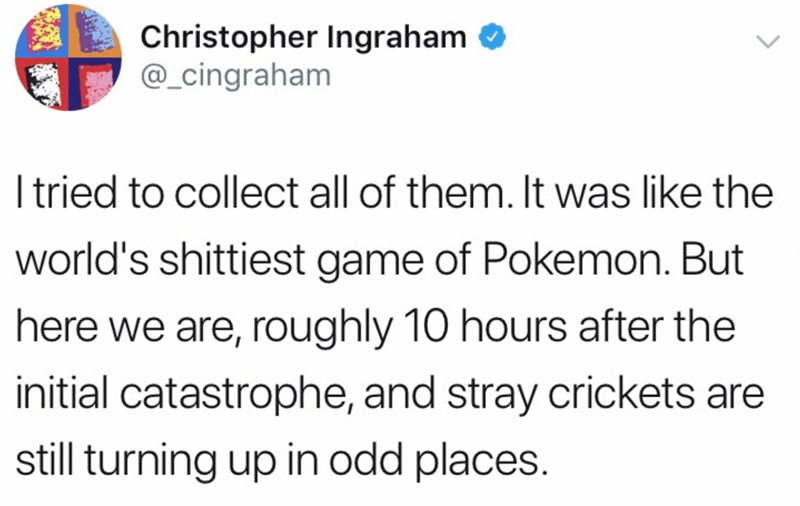 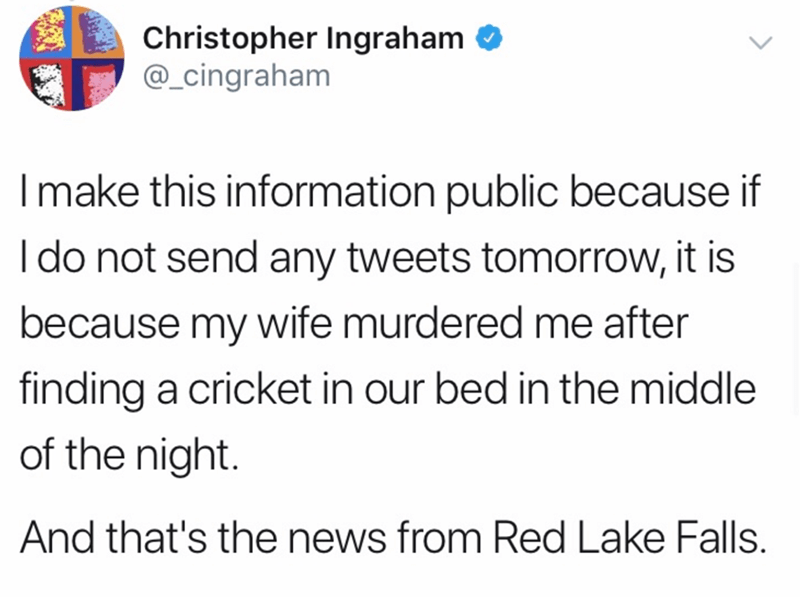 What would you have done in this situation? I know I would have just moved houses. Comment down below and let us know. DOn’t forget to share so others can have a laugh as well.