For far too long, we have all thought that Disney is this perfect franchise that has no dark side and has unsettling facts to it. It was not our individual thought, but Disney also made sure that all its shows are full of happy characters and joyful energy. All the cartoons and characters in the TV show and movies are cute and happy. The Disney amusement parks and Disney land looks like you have entered into heaven. They really look like heavens on earth and we all know it. Disney land is a place where only good and magical happen.

However, that is not the actual case. It is anything but far from reality. Disney has its own dark reality too. Stay tuned to find out some shocking facts about our favorite Disney universe!

1. The merger of Toy Story and The shining 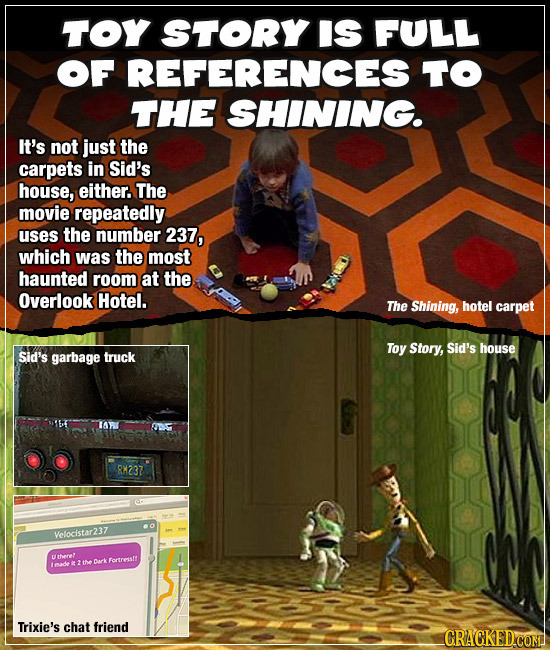 Do you all remember the carpets in Sid’s house? Those carpets are the same ones shown in the hotel in The shining. It is not just that, the number 237 has been repeatedly been used in Toy story. If you all remember clearly, 237 was the most haunted room in Overlook Hotel. Freaky! I wonder what the creator of Toy Story was thinking while they did this. 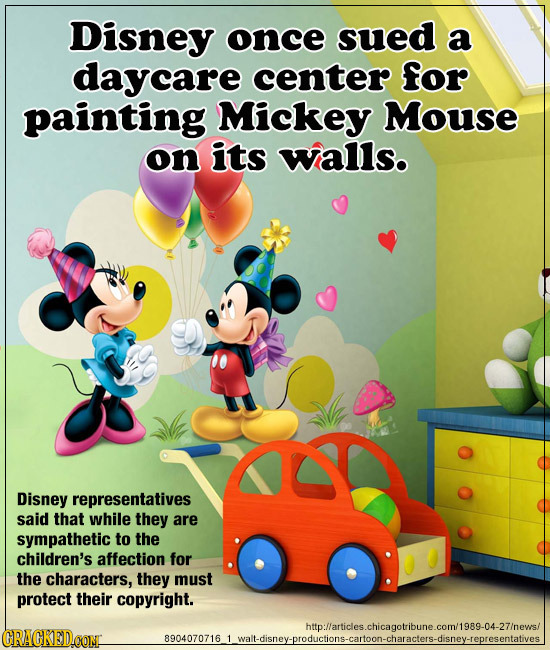 Wow, Disney really does not care about anyone! Poor kids must have gotten used to seeing these cheerful characters on their daycare’s wall and Disney just took it right away. What is the point of the whole franchise, that is made for children, if you cannot allow some leniency to a daycare? It just shows everyone is in it for business. No one is a fool, everyone knows that Micky Mouse is a Disney character. No one can claim them as their own creations. 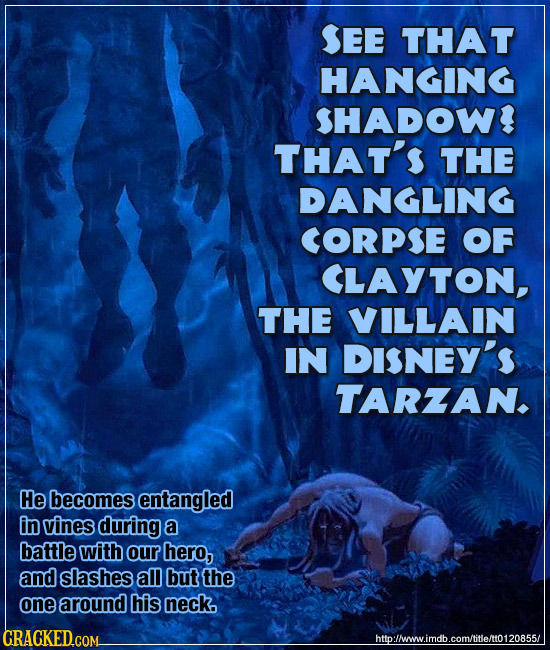 If you thought Disney was all about happy and positive stories, you are wrong. Clayton got a painful death! And Tarzan sure does look scary.

4. Disney and it’s racist past 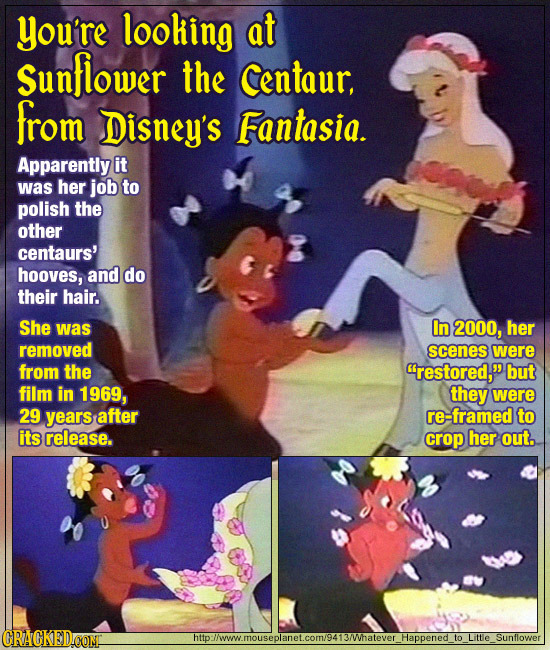 Old movies and TV shows always ensure they let us down with their racist tones and plots. Disney’s Fantasia reached the peak of racism. This movie had a black centaur that was shown waiting for other white centaurs so it could polish their hooves and groom their hair. A black centaur was shown to be inferior to the White ones. Even though it was removed in the later years, it still shows the disturbing side of Disney. 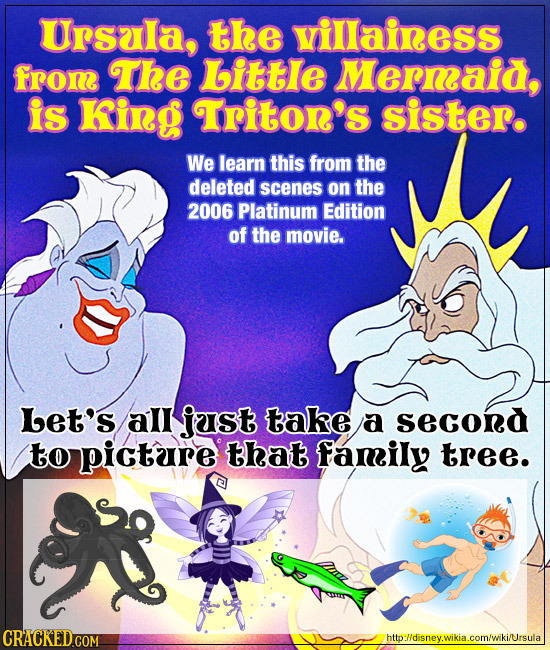 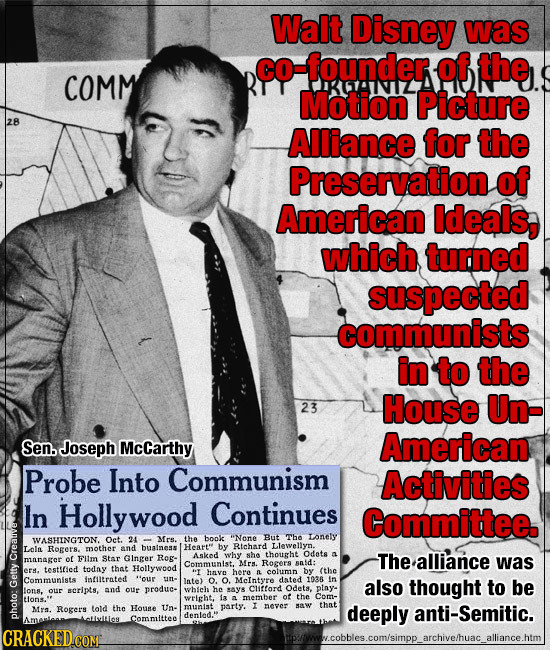 Damn, Disney really does have its share of dark and problematic past. 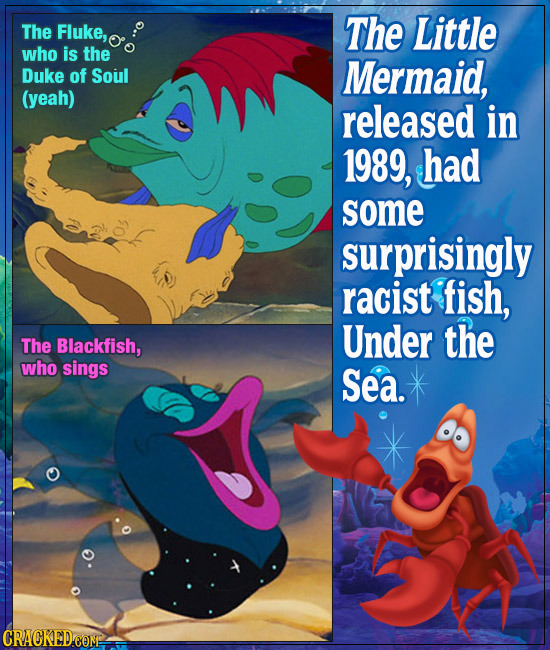 Disney really made sure they expose their racist ideas to the world! 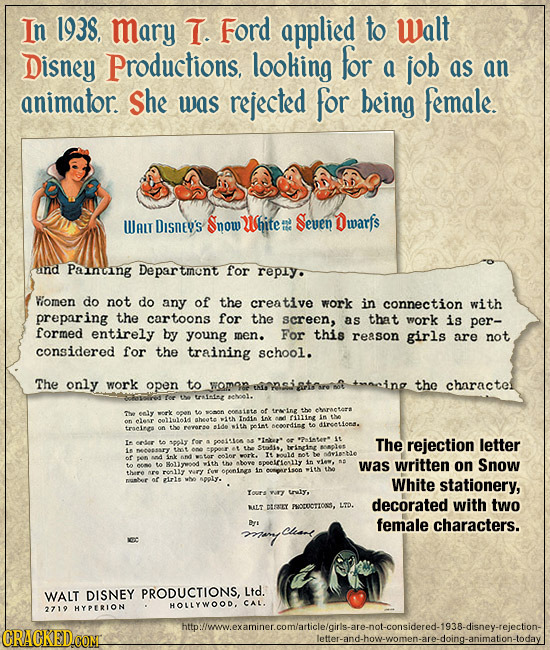 If women had a penny for every time their talent was belittled and regarded as irrelevant, we would be the richest people in the world! I hope Walt Disney no longer indulges in such behavior.

9. The uncanny similarity in the plotlines! 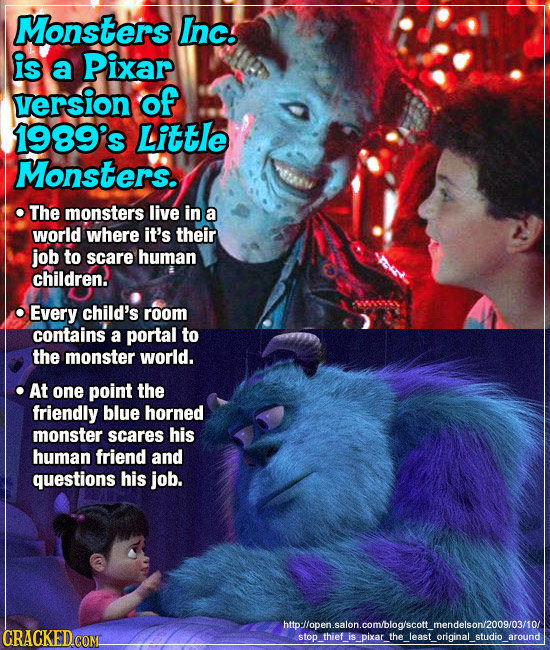 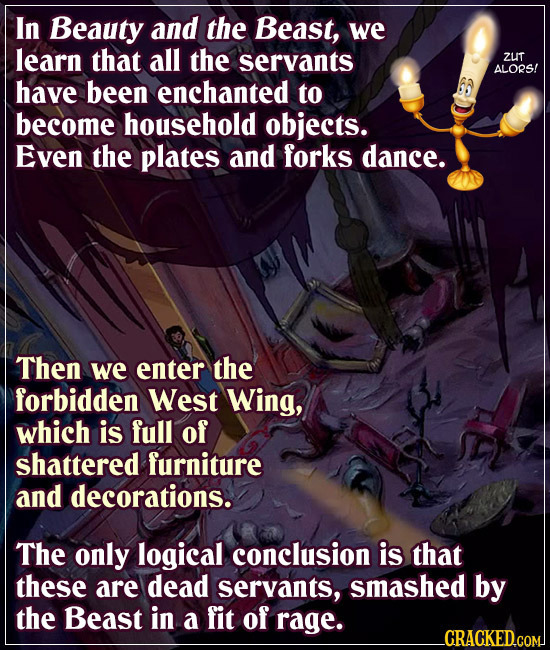 I must say, this is the creepiest theory I have ever heard about any movie. It is not lost on us that the beast did have a lot of rage in him. It is very possible that the poor old servants were victims of his rage. 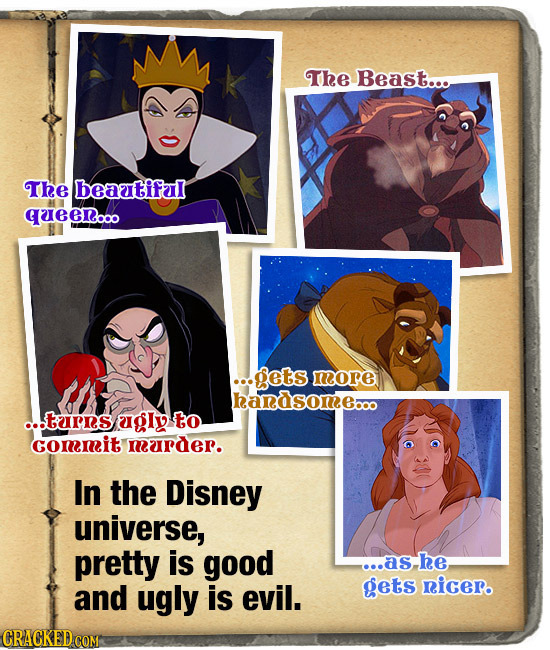 For years, fear is being instilled in us towards the ugly characters. We are made to hate and laugh at ugly people. Every villain of any movie is shown to have a pointy chin and nose and raised eyebrows e.g. Gaston in Beauty and the Beast. Certain facial features and physical appearance is used repeatedly in different movies to show the emergence of an evil character. Another example would be Ursula in The Little Mermaid. She was shown fat and huge. Meanwhile, good characters are always shown to be white and slim with eurocentric facia features.

12. Is Toy story similar to The Christmas toy 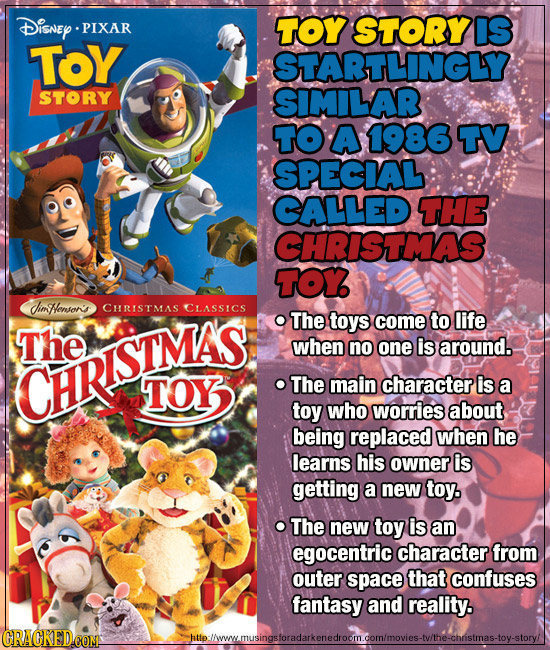 It is so disappointing to find out that a big company like Disney copies plotlines of other small movies and turns them into something so big! It seems very exploitative. 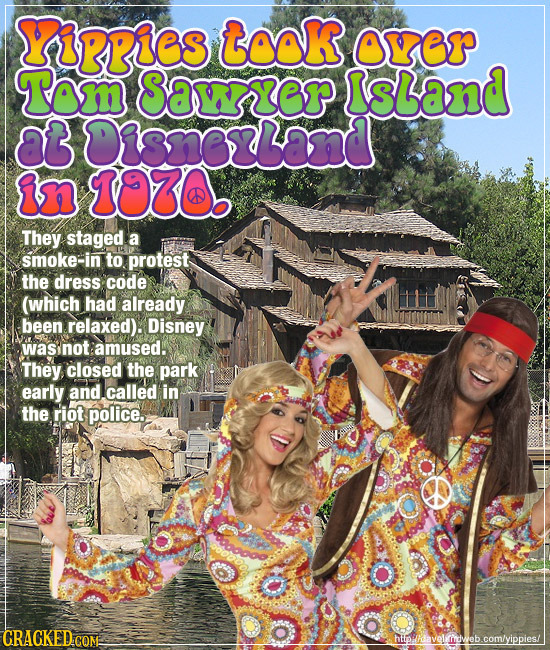 Yippies woke up and decided they wanted violence! We are really digging this energy.

14. Previously decided the fate of Woody 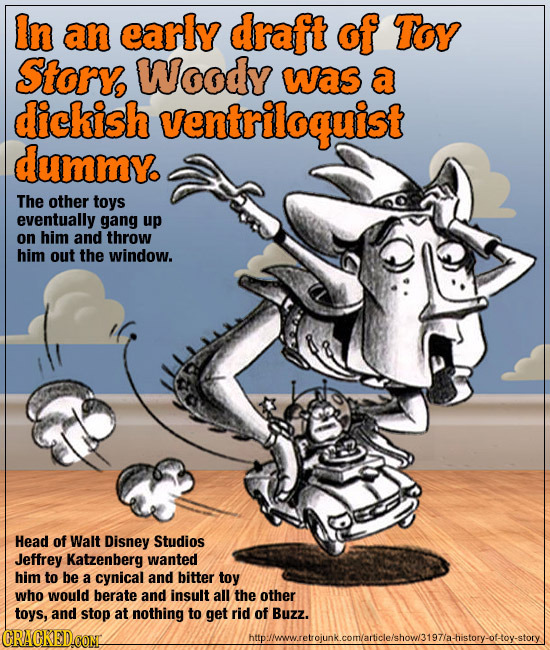 If this plot had been continued, we would have three movies solely based on fights between Buzz and Woody!

15. Disney used an actual skull on a movie set! 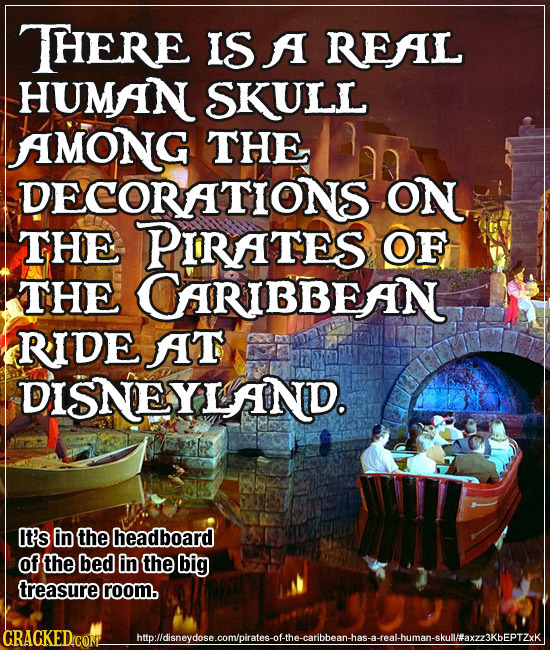 Sometimes I think that the most daring people in this world are those involved in the movies. People would do anything to add to the authenticity of the movie and make it appear more entertaining. The heights to which the movie creators go is insane!

16. The voice behind Snow White 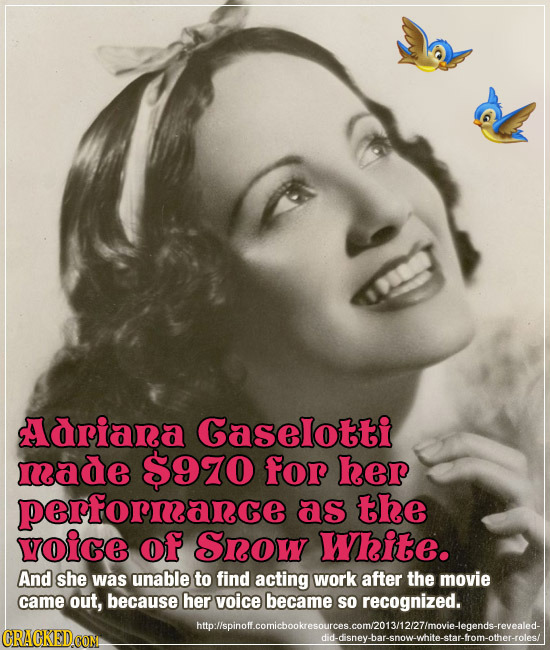 It is too bad she could not find work after her big hit! Imagine getting a role in a big movie and then never finding work again. Your big break is supposed to attract more work. It did the opposite for her. 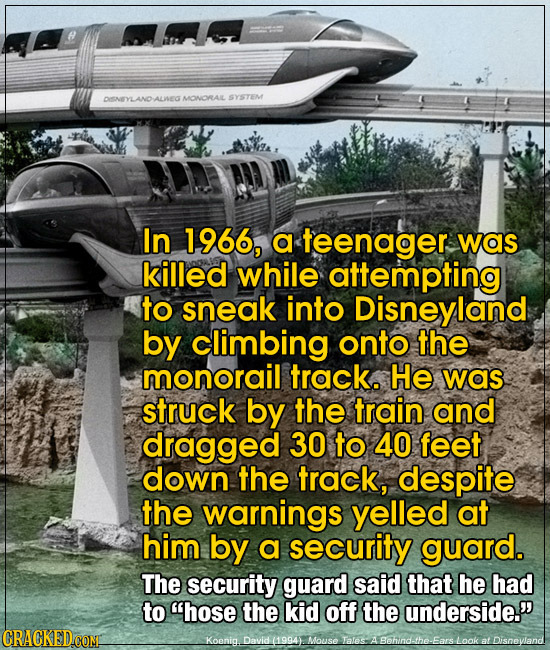 This is the most devastating thing I have ever heard. How did any of the security did not notice the kid was climbing the track? 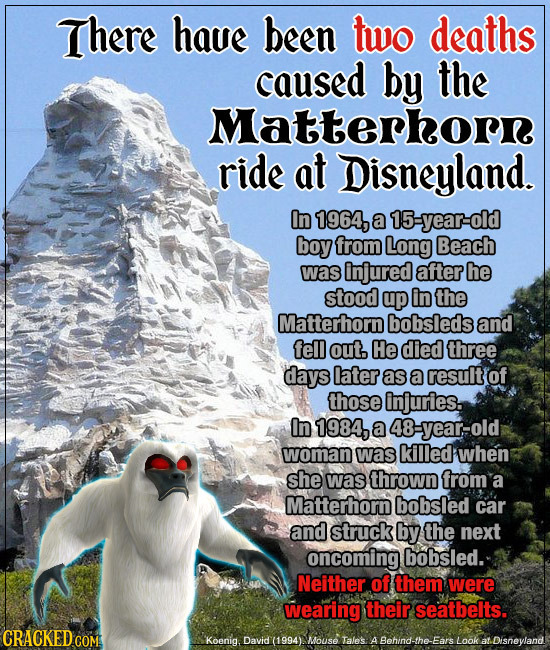 Disney has clearly caused a lot of damage and few deaths too. Unfortunately, this ride still exists. It closes once in a while for refurbishments but it is not shut down completely. How disappointing!

19. Is the haunted mansion really haunted? 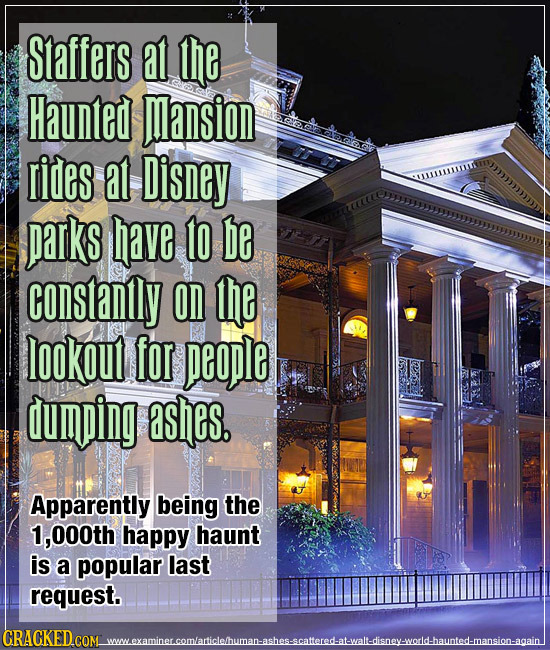 Oh, God! Imagine how scary this must be for the staffers. Maybe there is a reason why this place is called the haunted mansion. I guess we all would have to check for ourselves!

20. The backstory of Frozen 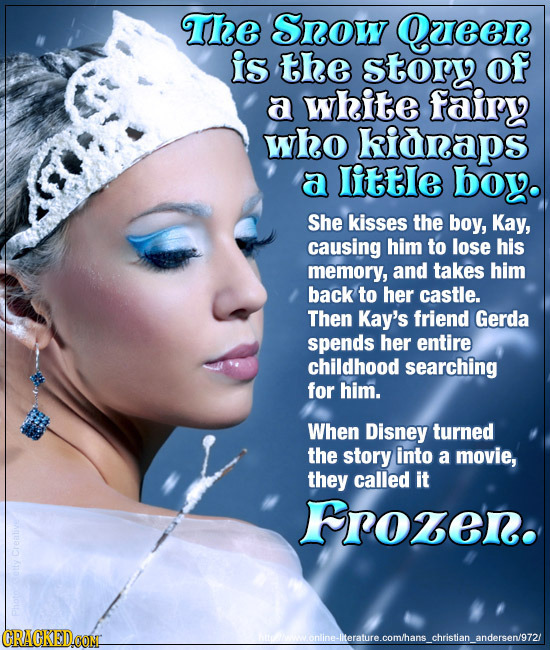 It is always so intriguing and interesting to find out how Disney discovered plots for its movies. Apparently, Frozen does not have a clean history either. 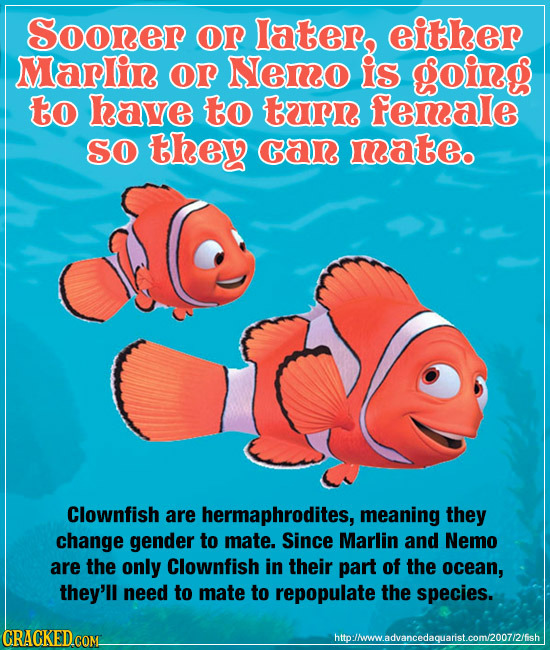 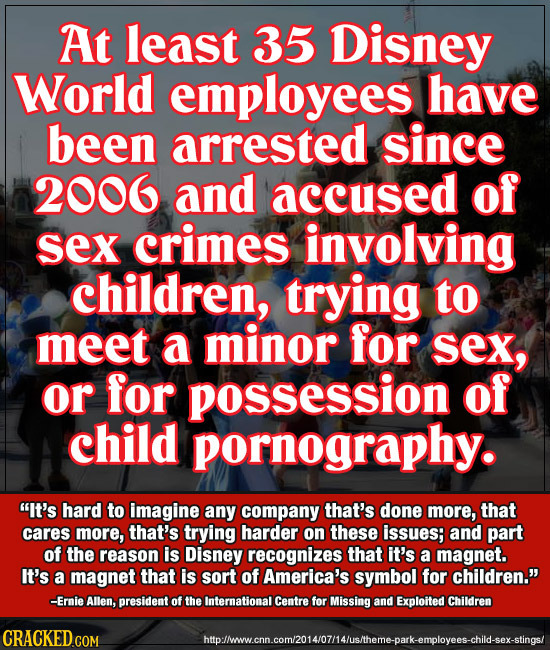 This is so concerning! So many children go to Disney World to visit and have fun. How can we possibly ensure that the staff we are asking to assist us in our trips is, in fact, the danger for your kid?

Wow, I knew every company has its dark side, but I never thought I would be hearing such dark and disturbing truths about Disney. We may have a very rosy picture of Disney in our heads from the past, but that is not the entire truth. The facts that hit me the most were the ones where Walt Disney movies had hints of racism in them as well as the sex crime that has taken place in Disney World. These are terrifying facts that we can only open do not get repeated in the future.

Which piece of information struck you the most? Let us know in the comments!