We’ve seen many brilliant talented artwork and comics from New York City artists, likewise, this time we have an artist named Sean. He loves the process of creating comics that capture the essence of some of the fun, humor, and surprisingly dark comics that we have all come across in our daily lives and cherished.

This dark comedy is not appreciated by many people since they are unable to comprehend the concepts and thoughts included inside the four-panel picture. On the other hand, there are a large number of people who are completely enamored with these comics, and their room is filled with the sound of laughter. If you are reading and understanding these comics, then you are an absolute GENIUS!

This series of comics is titled Eliberately Buried, and Sean began creating these comics back in 2018. He has around 78.5k followers on Instagram, and to be honest, he deserves this following because of his fantastic artwork, which you can see below.

He has made around 900 works of art that are truly breathtaking. If you want to have a look at a few of his masterpieces, all you have to do is scroll down and take pleasure in reading these darkly humorous comic strips loaded with humor!

1. Somewhere in a parallel universe. 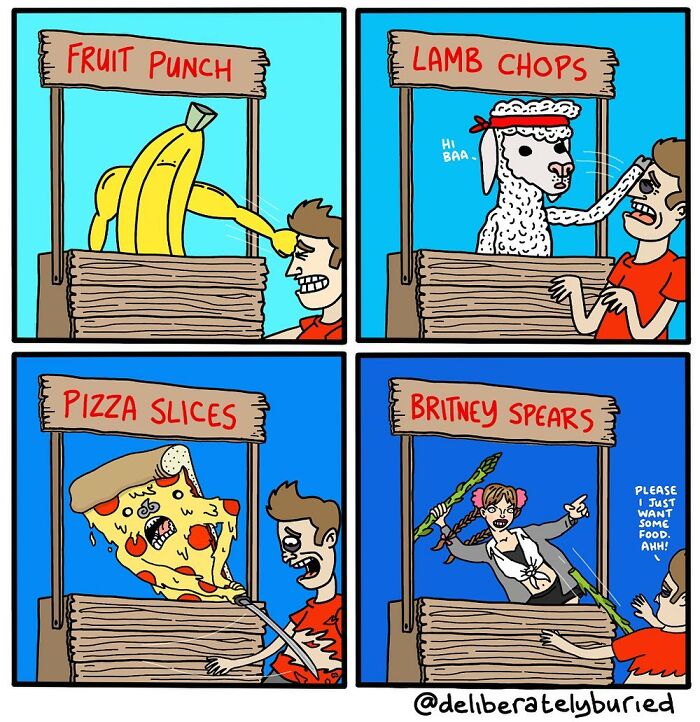 We’ve seen many comics related to this one where the artist depicts what’s going on in the parallel or opposite universe, where dogs are ruling the humans or where animals are doing what the humans are supposed to do and vice versa. 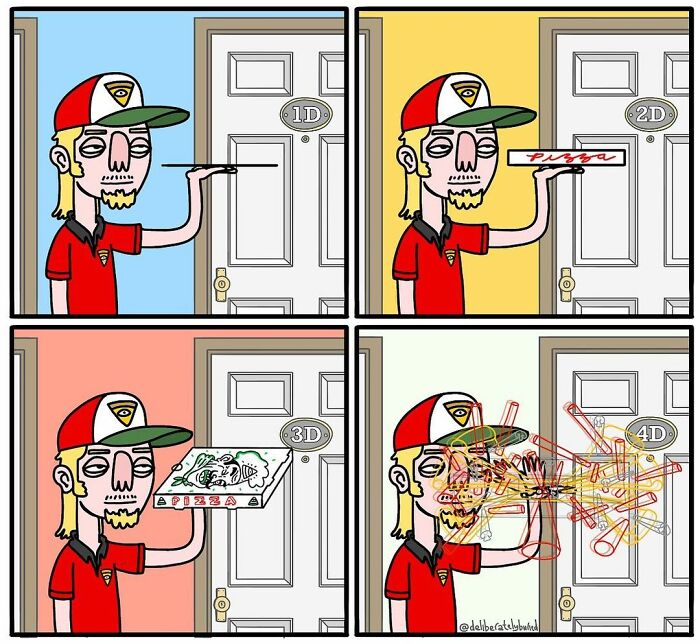 3. BUTTER you believe it’s a Pancape. 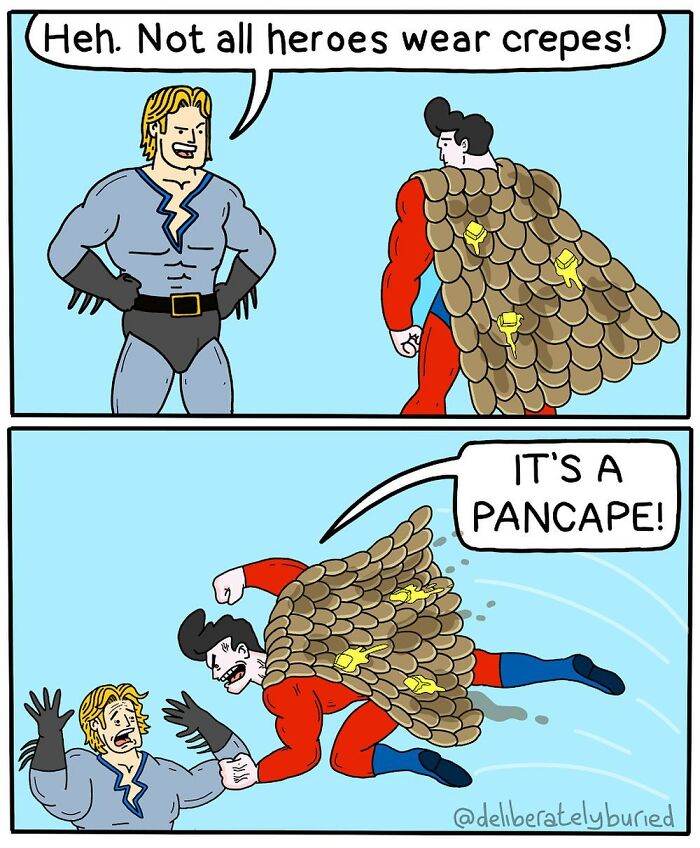 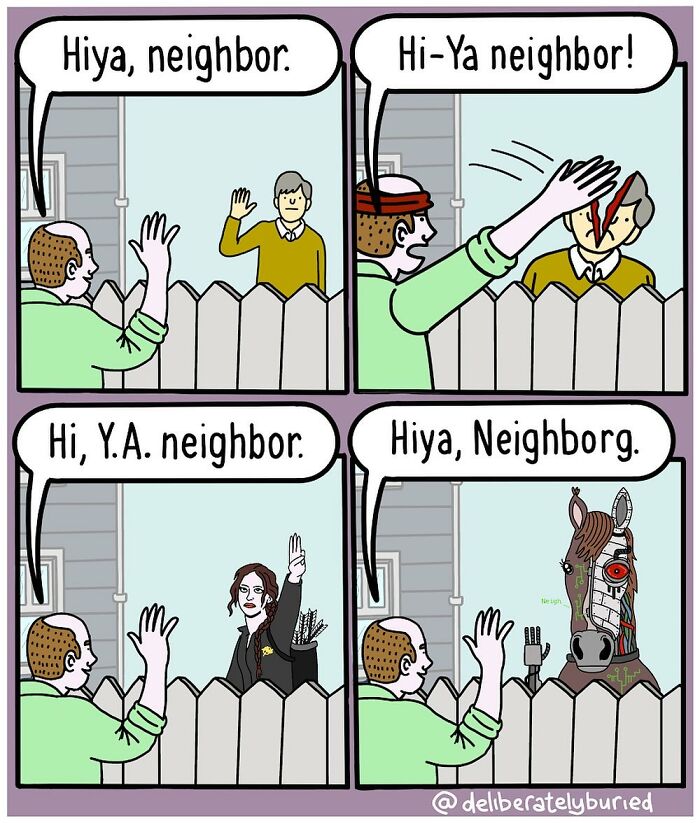 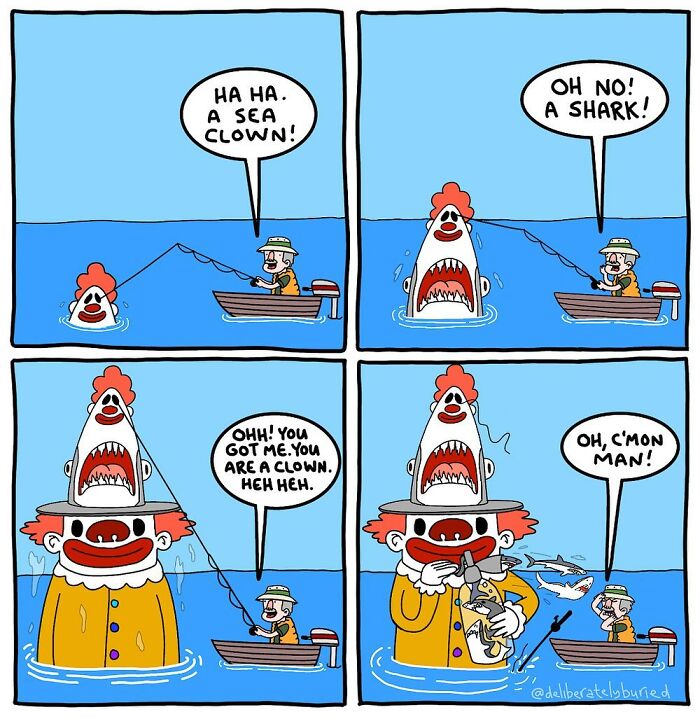 In Sean’s comics, the four-panel format is simple, but the dark humor is surprising and so unexpected. We’re sure that these comics will astound and entertain you all with their dark stories with a twist. 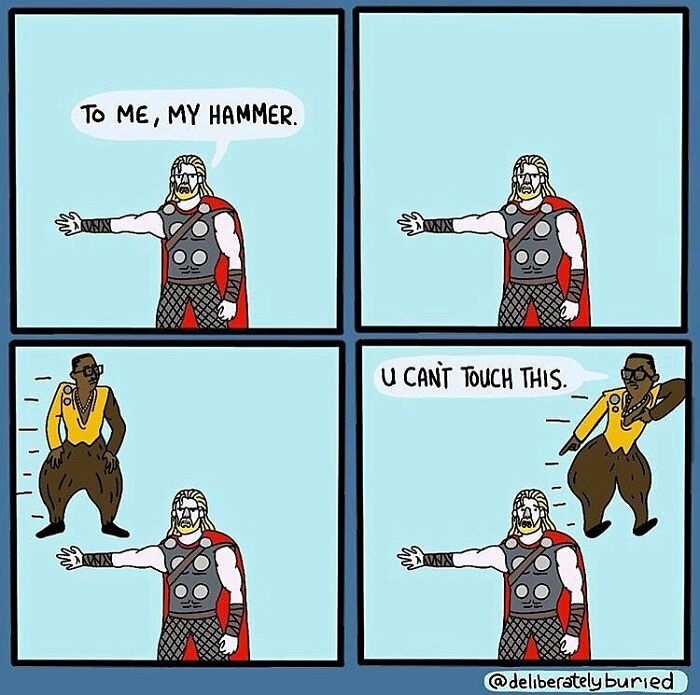 7. This kid needs to change her marketing strategy. 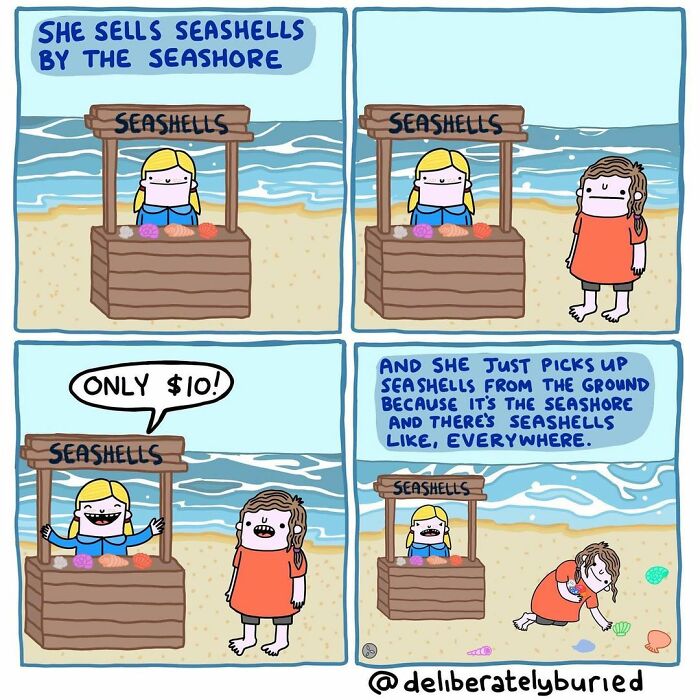 Or perhaps the product itself! 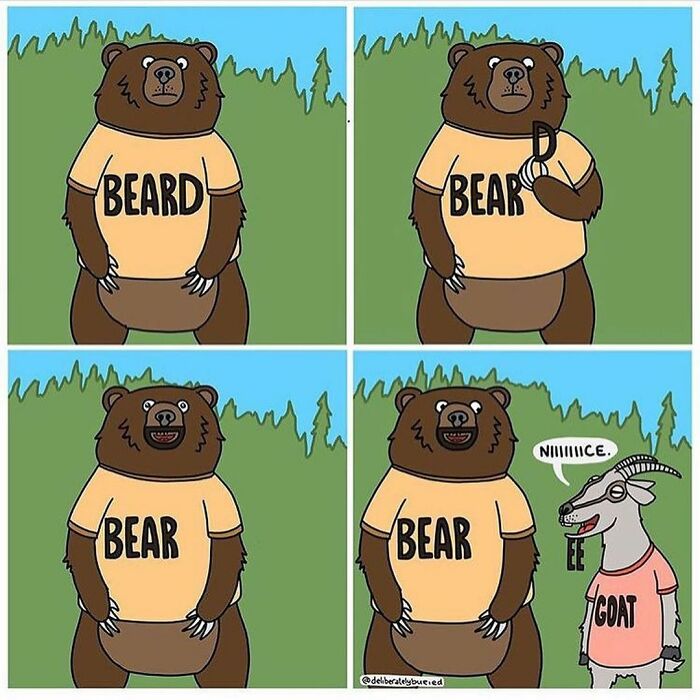 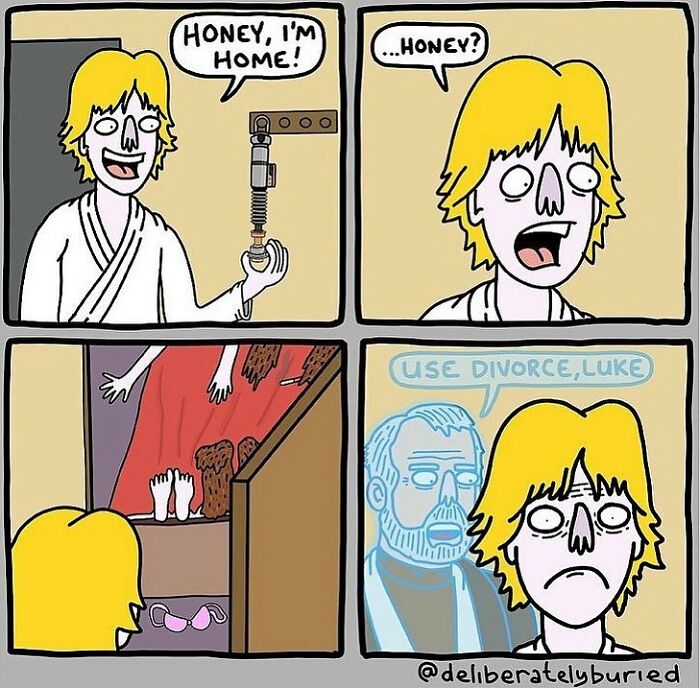 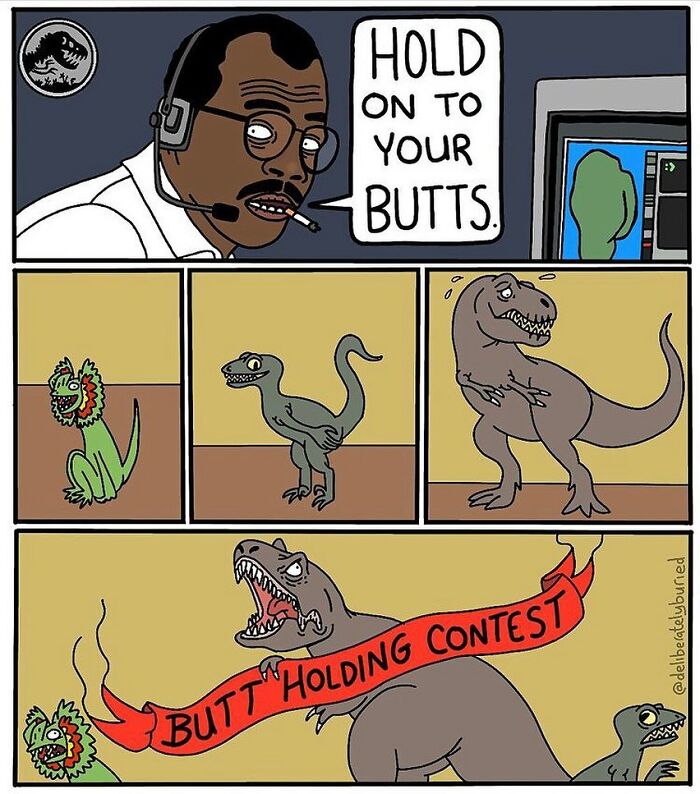 His dark sense of humor motivated him to create a series of comics that are both bizarre and extremely imaginative. He has been creating comics for several years and to no one’s surprise, his audience has responded positively to his efforts and ideas, demonstrating their appreciation and support of his efforts and ideas.

Scroll down to read more comics to brighten up your day! 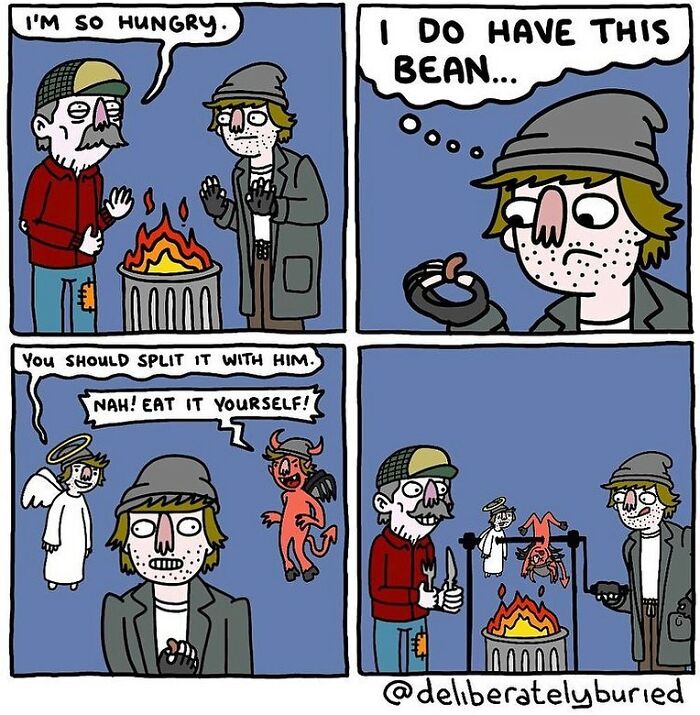 12. The truth behind these grandparents from the movie “Charlie and the chocolate factory”. 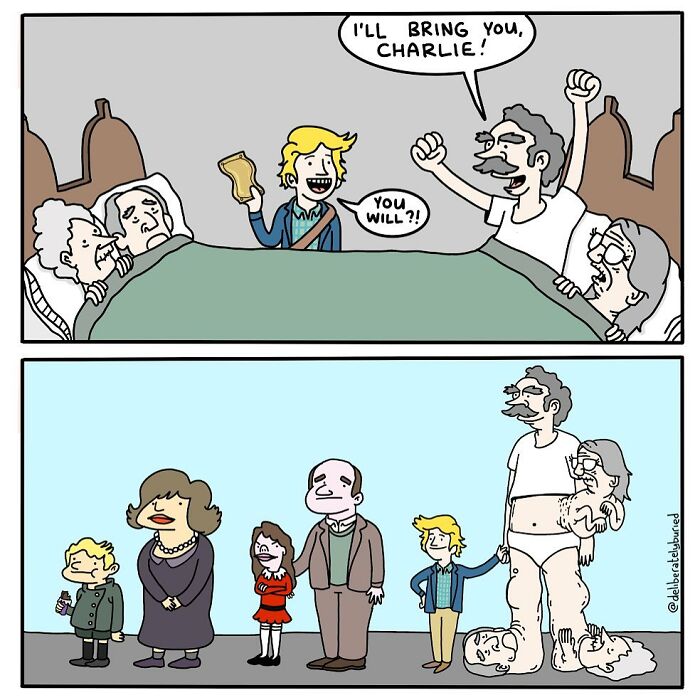 All of Charlie’s grandparents used to share a single bed and a single blanket while they were alive. But now, we realized that our entire childhood had been an awful lie because these grandparents, in reality, was actually one single man who had three separate heads.

13. They must be watching Ninja Turtles. 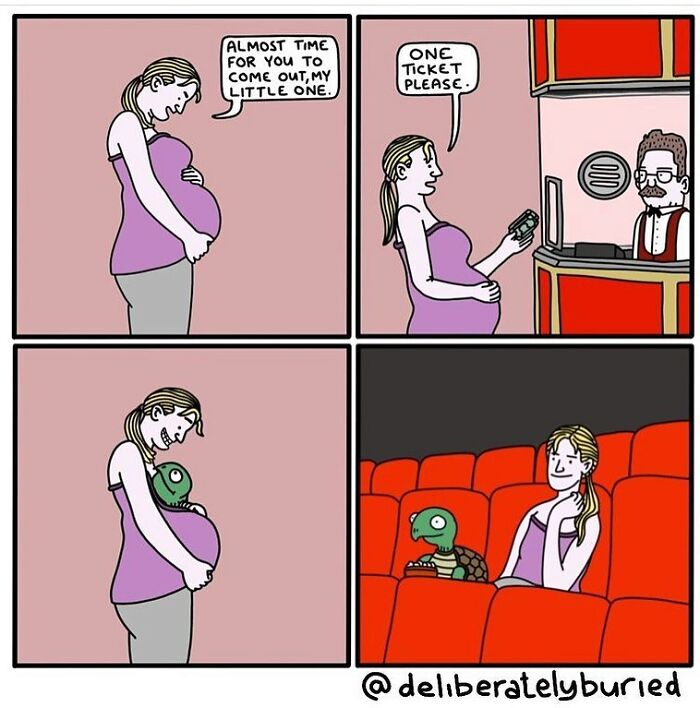 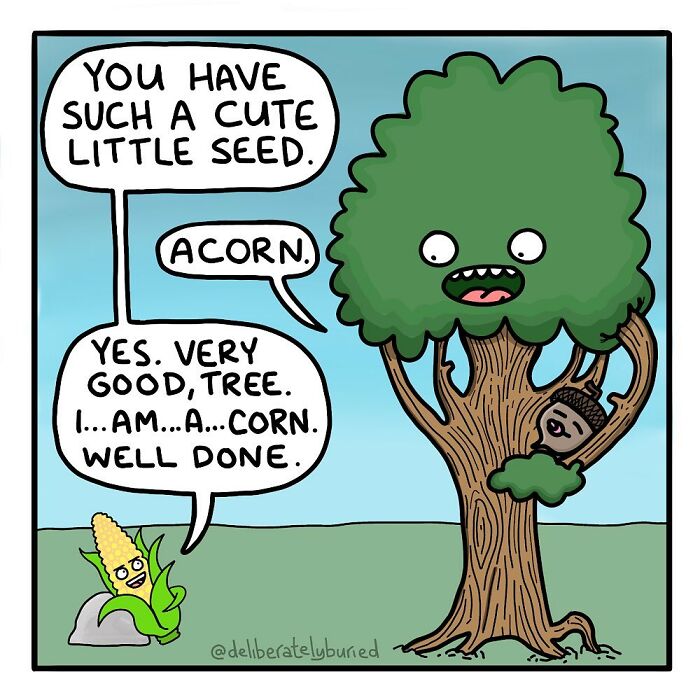 15. Ann looks so naïve and umm a little too disoriented. 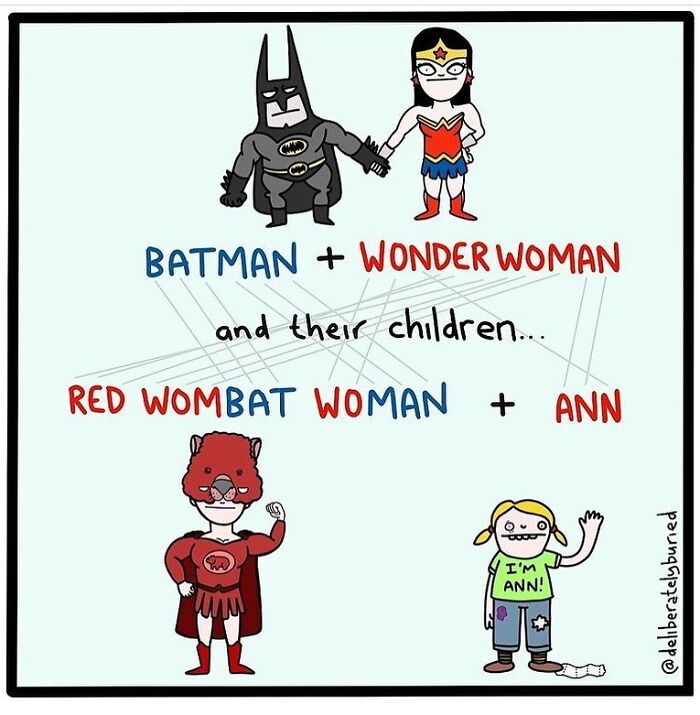 16. That’s why grammar, punctuation and spellings matter so much. 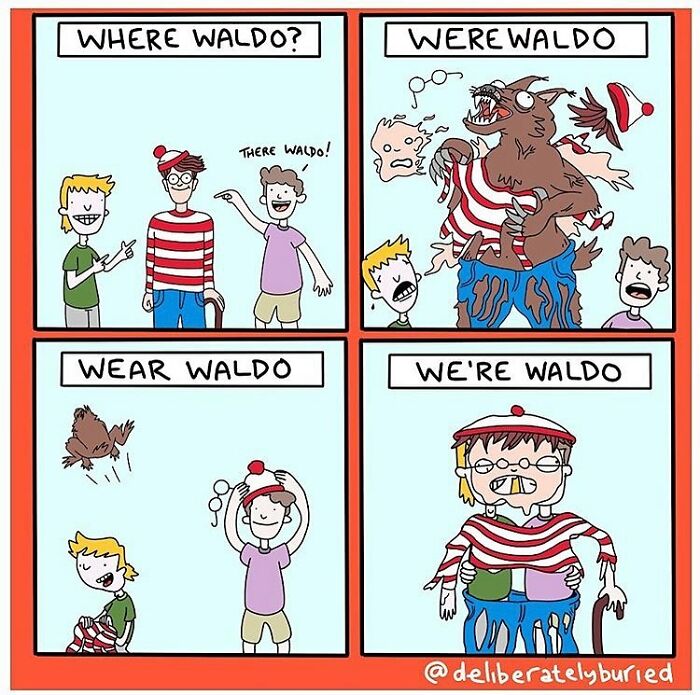 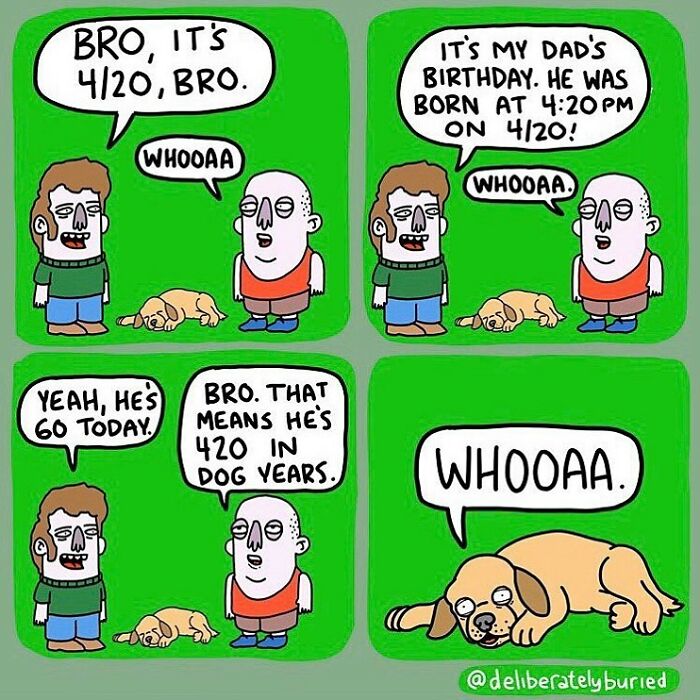 18. This comic is specially for Taco lovers. 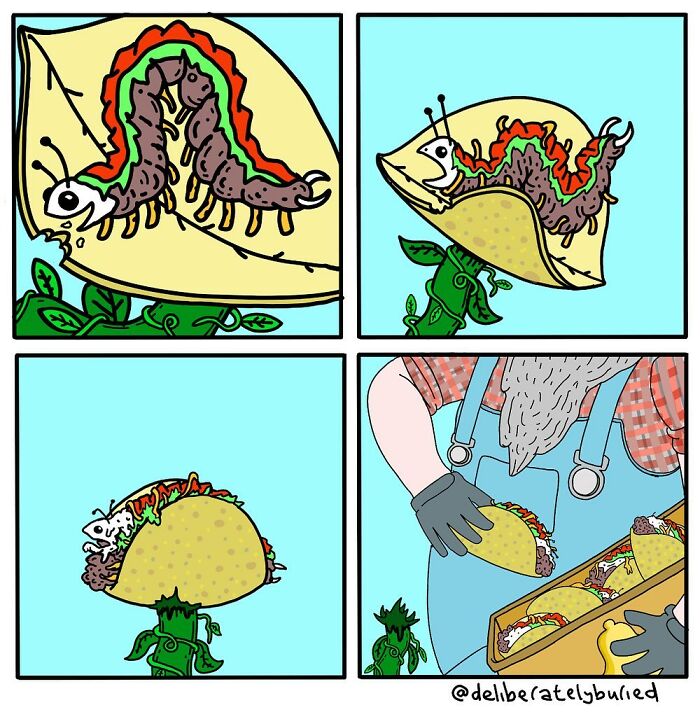 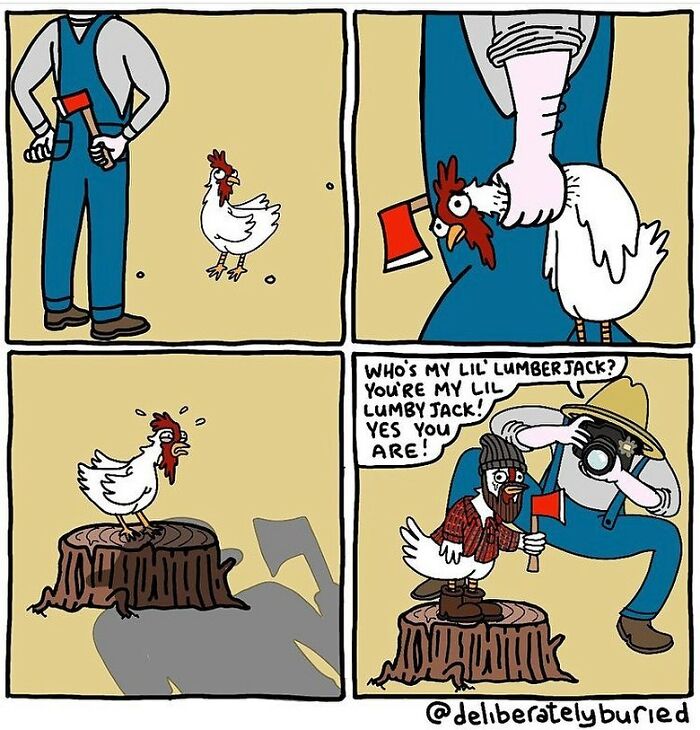 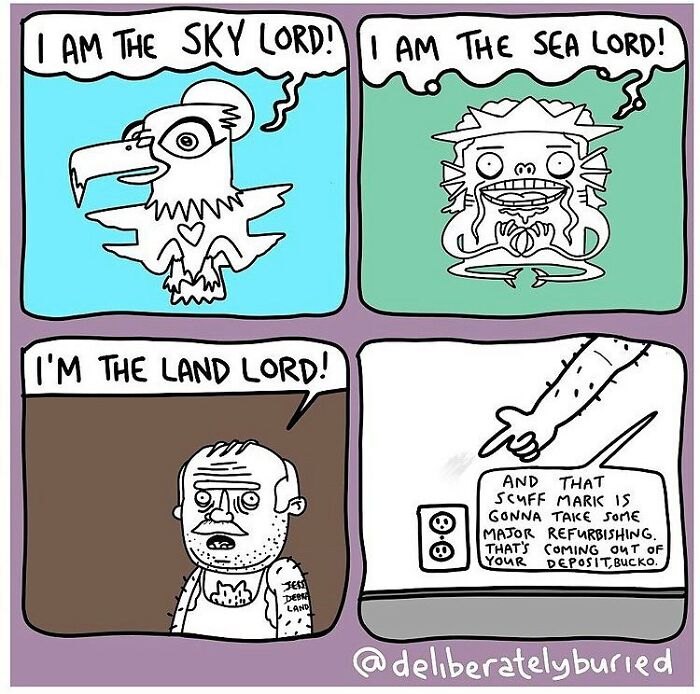 Which comic did you love the most? Let us know in the comments section below and don’t forget to share this series of comics with your like-minded friends. 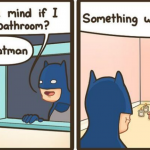 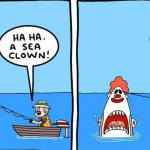 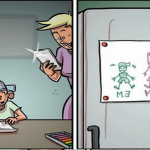 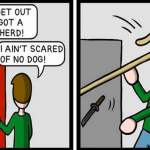 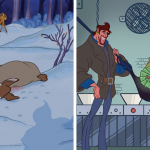