Imagine a Disney princess part of the mafia of the ’40s.

If you were, for some lucky reason, were born in the 1990s like me, you are most probably a huge fan of Disney. Those classic romantic stories, gasping over those animated characters going through all their struggles to finally meet the lovers of their lives. Since that time, Disney has expanded quite a lot. With the introduction of Disneyland to the world, every Disney lover’s imagination and fantasy basically came into existence. And then with the infamous Marvel-Disney merger, we got to witness probably the greatest saga over the course of 14 years, The Infinity Saga were our heroes, The Avengers, defeated the biggest threats to their universe. So yeah, those who were born in the ’90s, somehow Disney has still managed to be their first and only love.

The best thing that Disney has managed to do over the course of its life is that it has engaged all sorts of audiences into its creative art. From a little kid who has just learned how to talk to an old grandfather who is enjoying retirement life, Disney movies have given all of them a reason to express emotions. Just like Disney keeps putting a twist on their creativity, there is one artist who decided to take it upon themselves and put a really creative twist on Disney characters.

There is a really amazing, creative, and mind-blowing illustrator who goes by the name Astor Alexander who in his great line of work decided to release a project linked with our very own Disney princesses. Our favorites were reimagined as cover girls for 1940s crime mystery novels. Now that is something everyone would want to see. The series is called Noir Princesses.

Trust us, they all look so realistic and Astor probably gave a lot of thought to bringing this image to life as the roles assigned to each princess seem so accurate.

Here are some of the best ones we thought we’d share with you guys and enjoy them together. Scroll down below to enjoy!

1. The mystery of room number 323 is finally going to get unlocked. Detective Pocahontas Private Eyes is ready to uncover all those crimes. 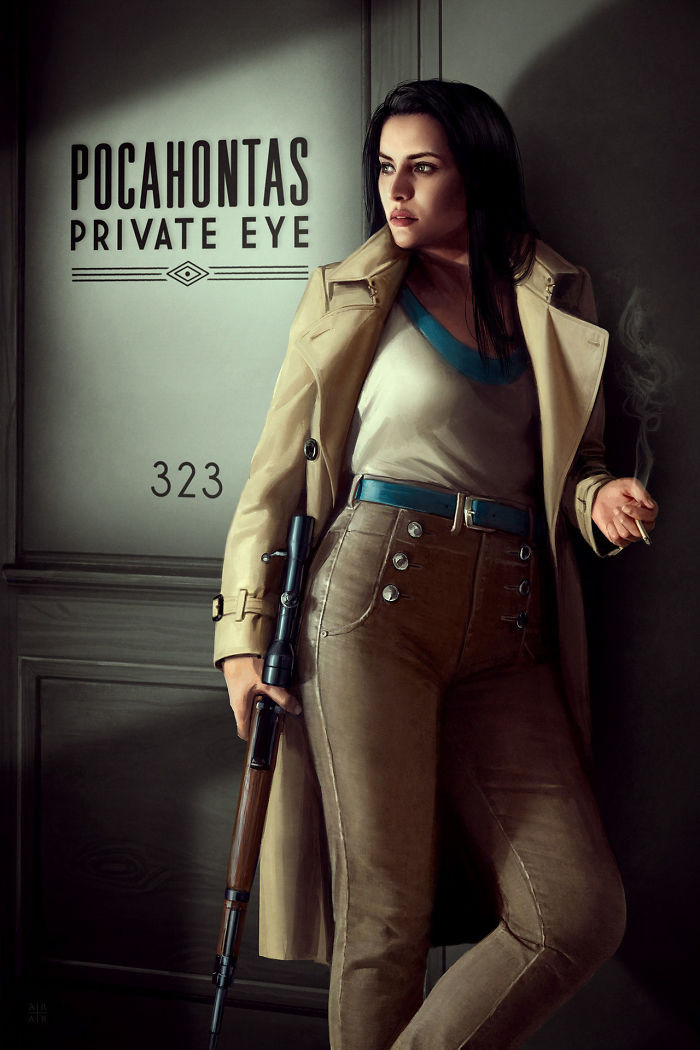 I am sure you guys have a concept of goosebumps. Like I was expecting Astor’s art to be good but did not expect it to blow my mind like this. The illustration looks so realistic and accurate. Now I am hyped. I cannot wait to continue.

2. The ’40s classic “Miss White and The Unlawful Seven”. The detective is not having it anymore. 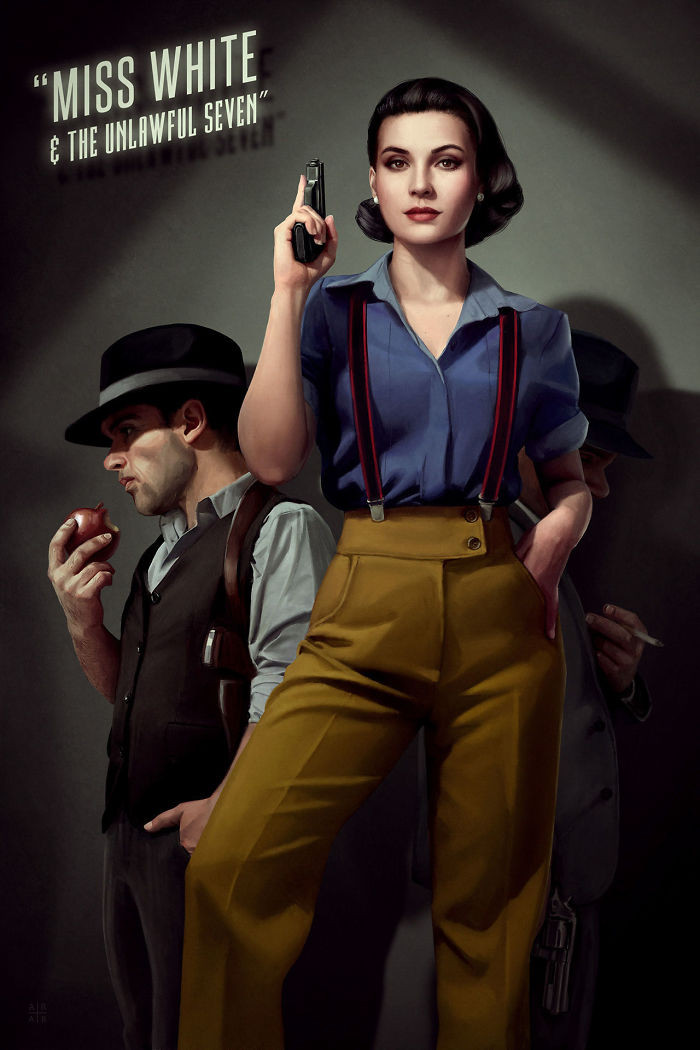 3. Smoke all cigarettes you wish to, the lady from Henan, Mulan, going to unleash her wrath upon you. 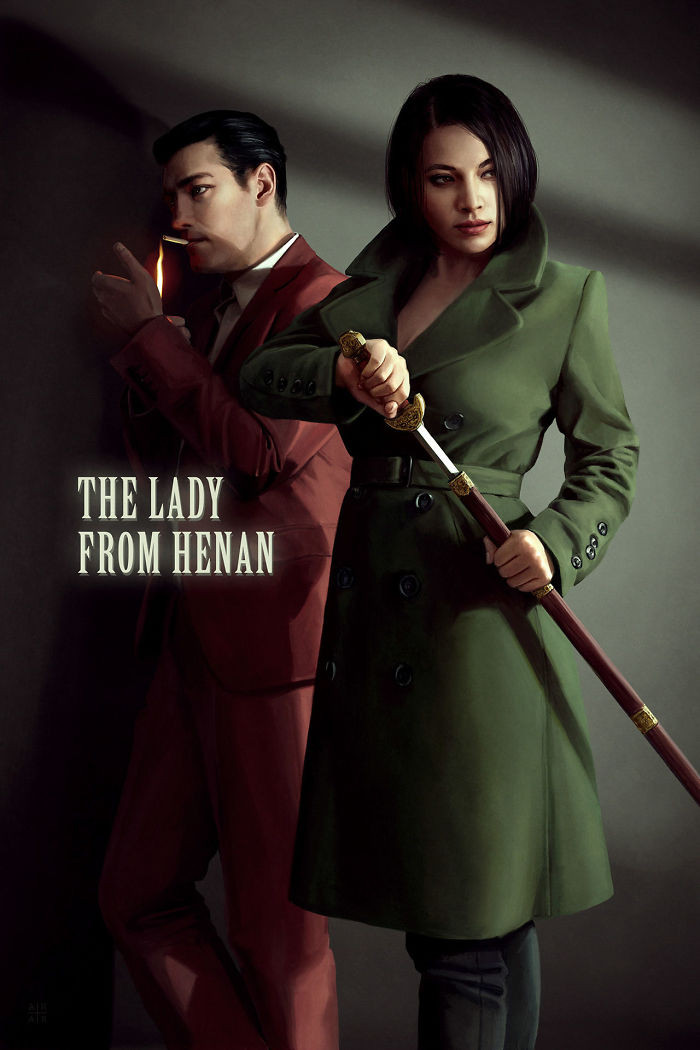 4. “I am going to make Prince Charming an offer he can’t refuse.” – The Goddaughter, Cinderella. 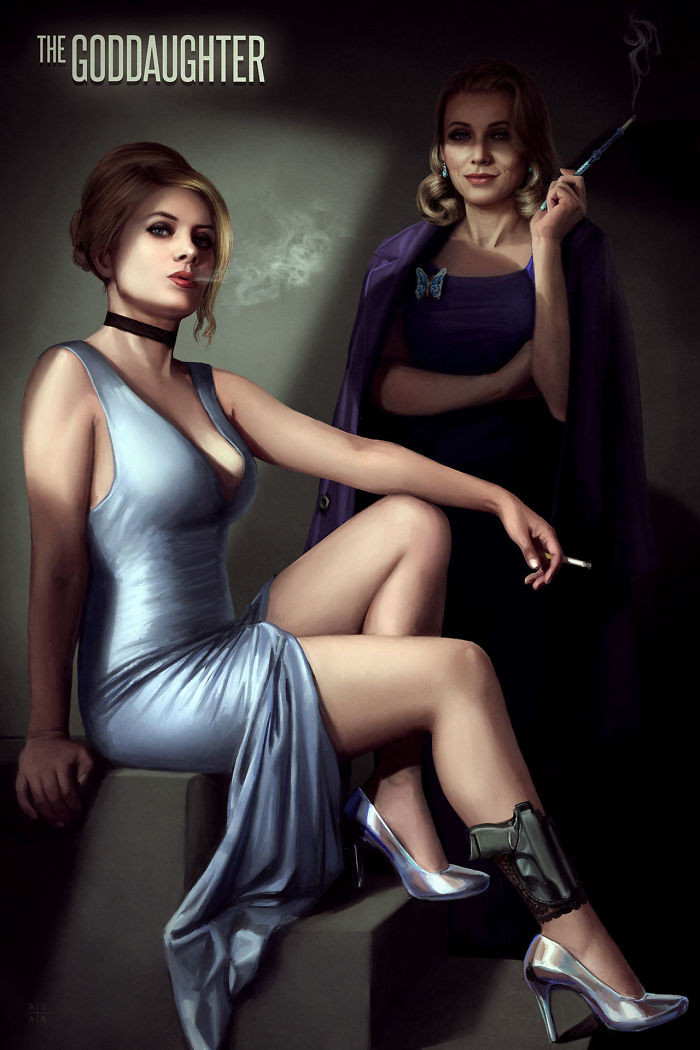 5. How it happened to effortlessly and without any evidence left behind, learn if from Princess Jasmine, from Aladdin, herself as she conducts the biggest hiest of the century. 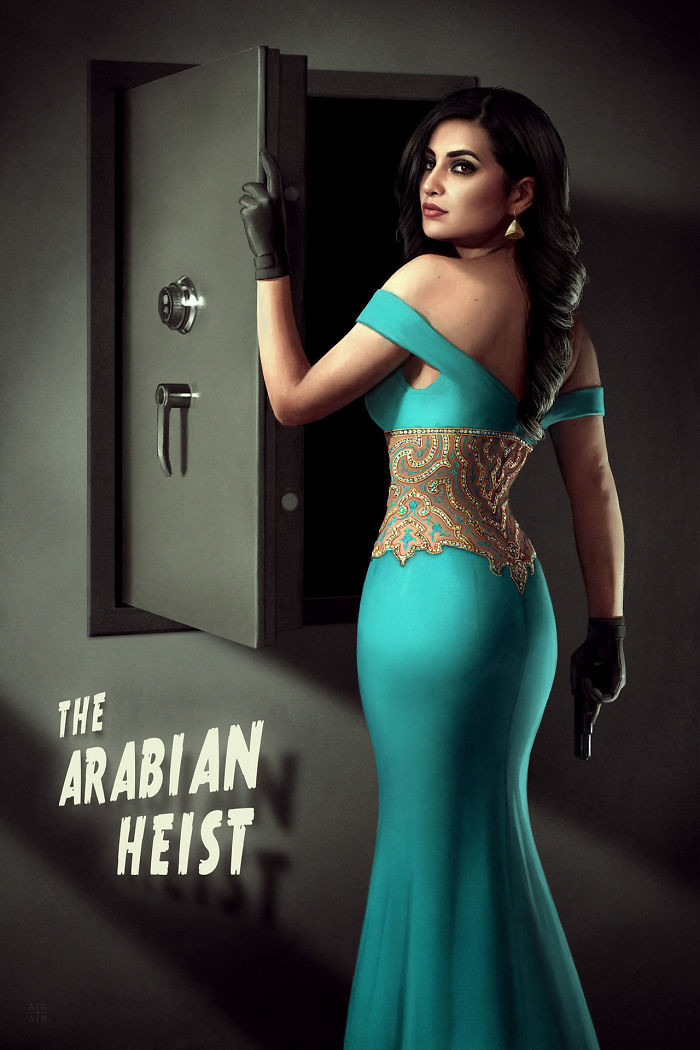 She looks bomb in that outfit, though.

I can bet you guys I would be the first in line if these novels were ever to be released, and would pray that I live long enough to watch these novels being recreated into movies. A Harry Potter recreation, anyone?

6. Introducing Detective Belle as the Beast Hunter. The Beauty is now all after the beast, enjoy this Fall. 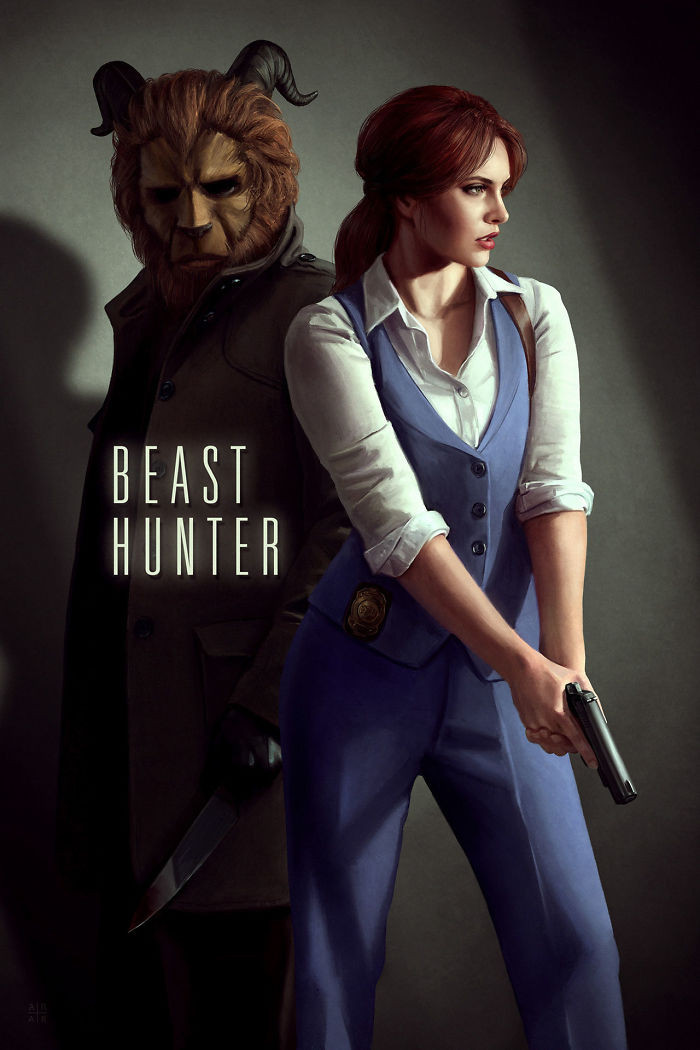 7. The Sleeping Beauty is armed and cannot be fooled this time around. Witness her bravery in “The Long Sleep”. 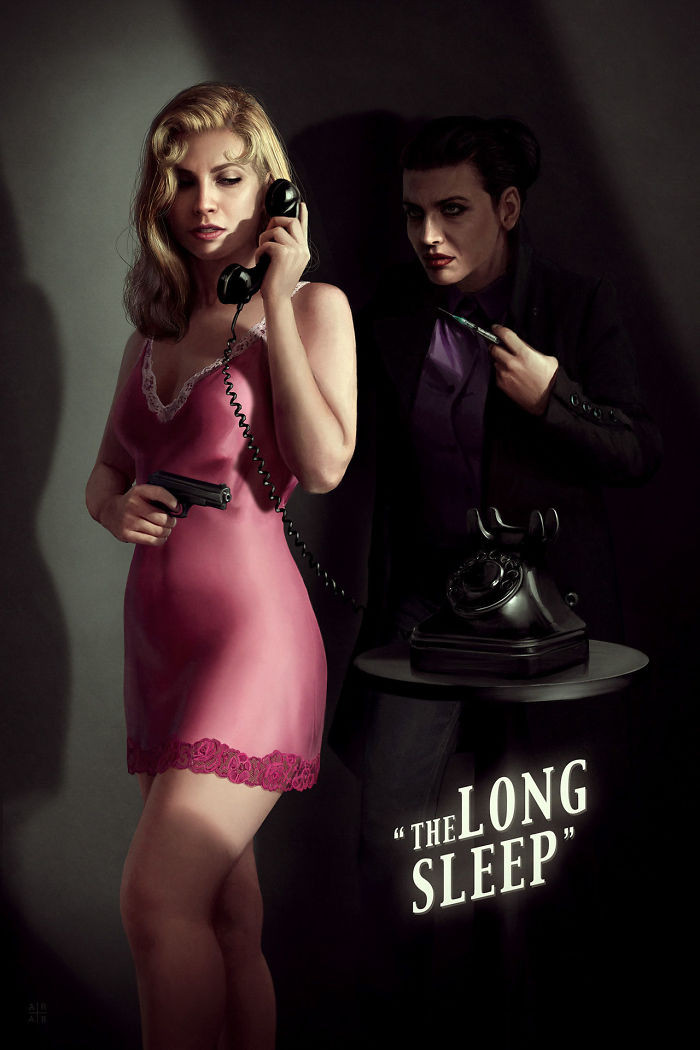 8. In the Shadows of New Orleans where all crimes take place, it is now the time of Tiana from “The Frog Princess”. 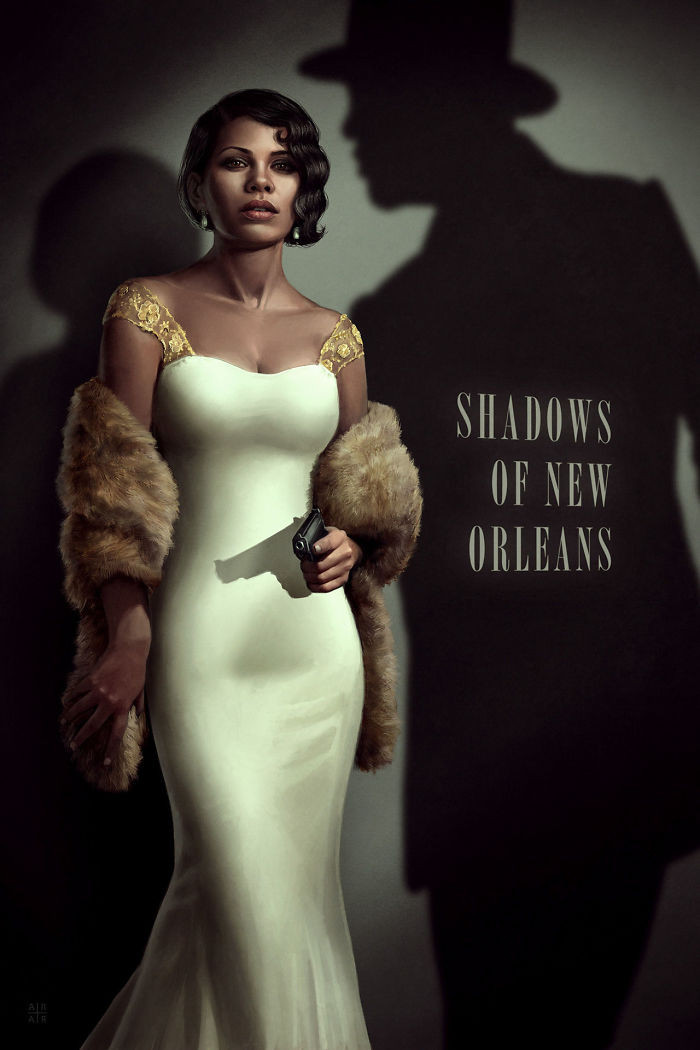 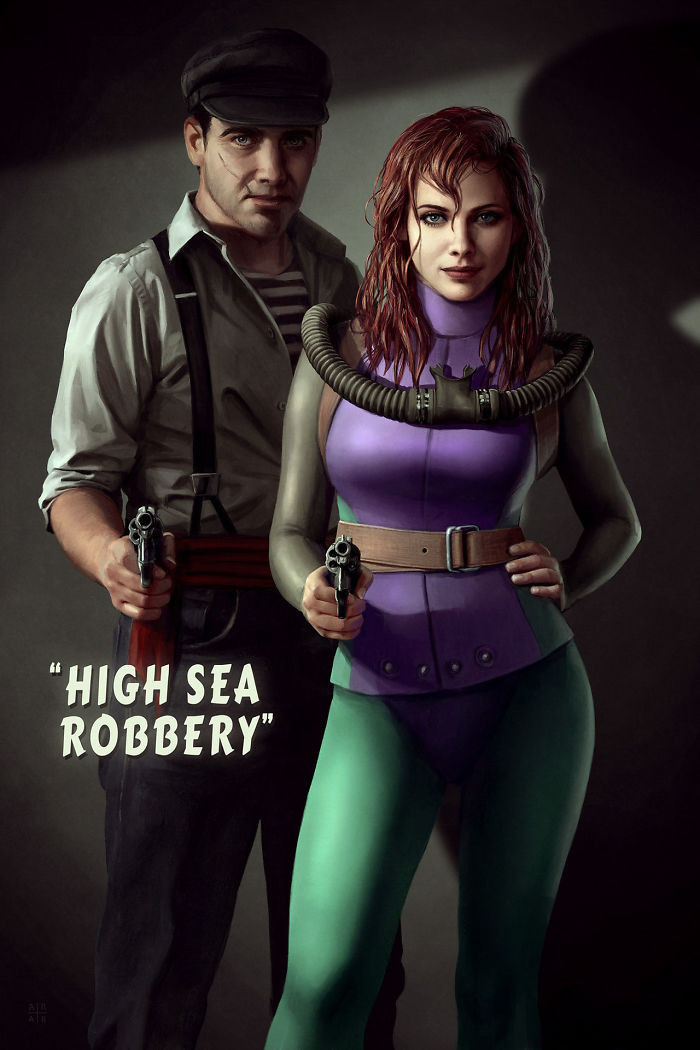