Disney is known for its works which transcend generations. There are movies made that you can watch regardless of how old you are, and regardless of when it was released. Sure, the production value of the movies vary as there was different technology back then, but it still has the kind of content that’s relevant today. Many people think that Disney is for children, and to some degree, they might be right, but if that was truly the case, they wouldn’t have such serious content.

Some of them deal with issues that conventional children’s movies wouldn’t even dream of touching, such as clinical depression, miscarriage, racism, parental abuse and neglect, and countless others. Not only do some Disney movies touch on this topic and explore it, but some of them are also based entirely around it in a way that makes it more palatable for children, and yet still teaches them right from wrong. There’s a reason why they’re the forerunner in the movie industry.

#1 Up – Miscarriage and marriage 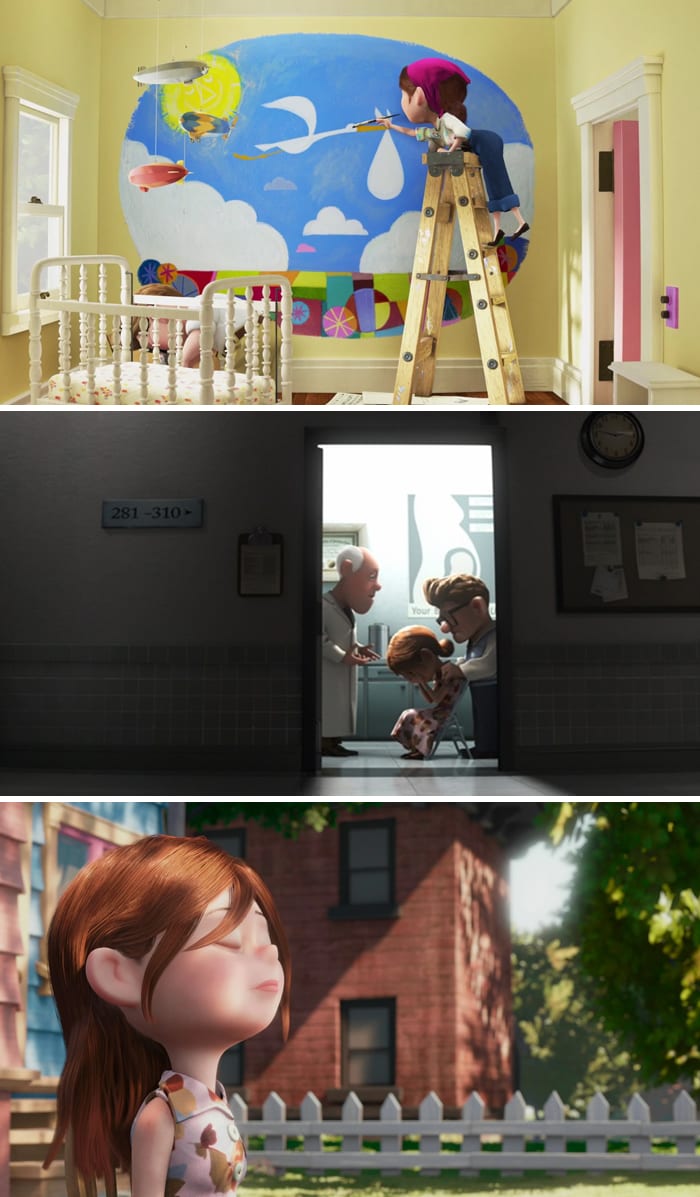 The Artifice noticed the rise in serious topics too!

It’s common for titles to be assigned to the eras of Disney’s production history. The 1950s and 60s have been dubbed ‘The Silver Age’; the 80s are ‘The Dark Age’, whereas the 90s are ‘The Renaissance’. Each title is a retrospective imposition, intended to reflect the quality, reoccurring themes and commercial success of films produced at the time. But what about our current era? Is there a name that encapsulates Disney’s most recent ventures? While consensus suggests ‘The Revival’, it could just as well be ‘The Emotive Age’. 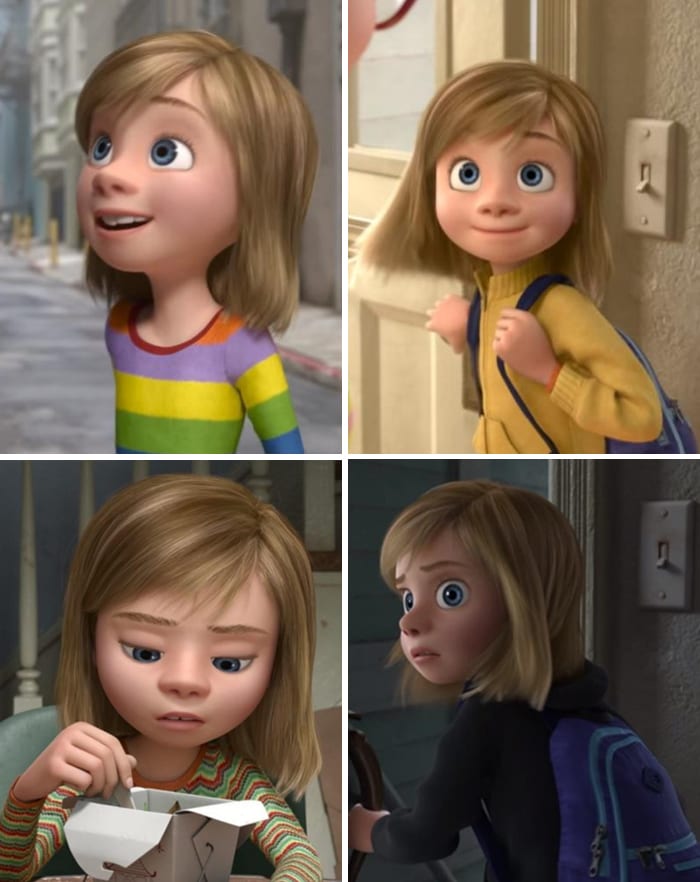 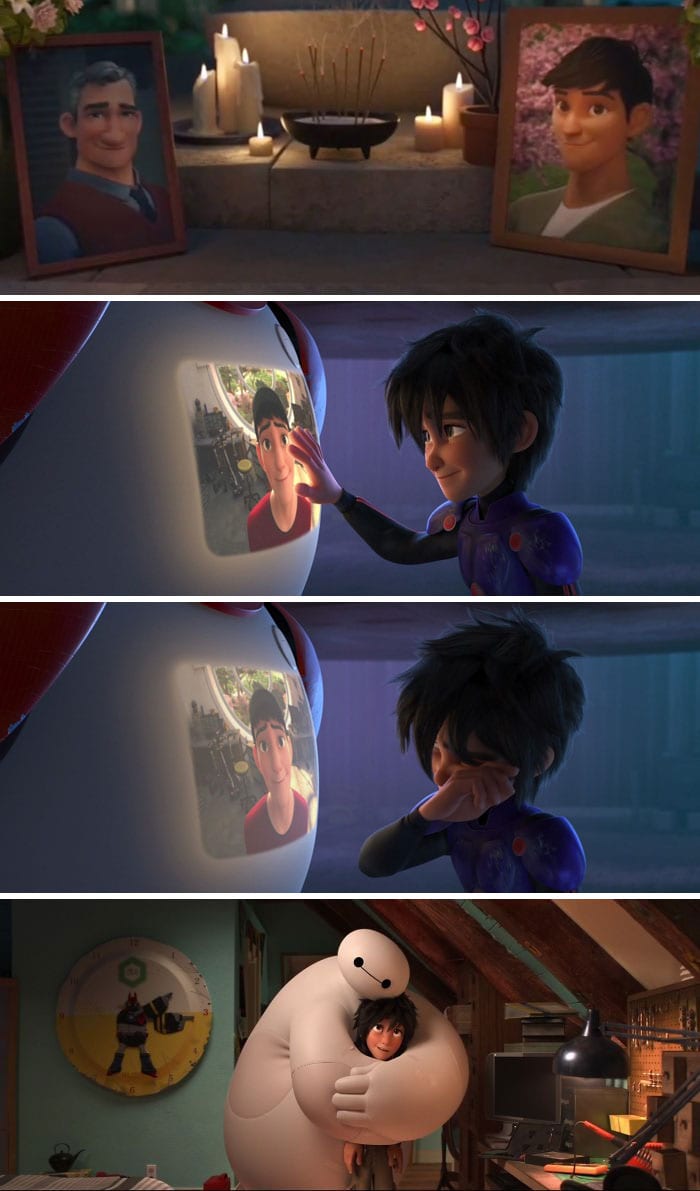 If there’s one thing that connects Disney and Pixar films produced this decade, it’s their willingness to consistently include weighty and emotionally hard-hitting topics. The range of issues has been surprisingly broad: prejudice, grief , living with disability, and emotional maturity, but this is just scratching the surface. None of these modern films stop at depiction either, as sensitive themes are not only touched upon, but incorporated into stories as major plot points.

Of course, depicting sensitive material hasn’t always been on the Disney agenda. When he first began creating feature-length animations, Walt Disney’s intention was to appeal to “that fine, clean, unspoiled spot deep down in every one of us,” which, according to his claim, “the world has made us forget” His cynicism was not misguided. Disney’s earliest works were produced in the midst of socio-political turmoil, caused by the Great Depression, the outbreak of Second World War, and its aftermath. But instead of addressing contemporary issues of war, death and unemployment, his films disguised them behind a veneer of innocence and traditional values. Nowhere is this more evident than in his sanitised versions of fairy tales. 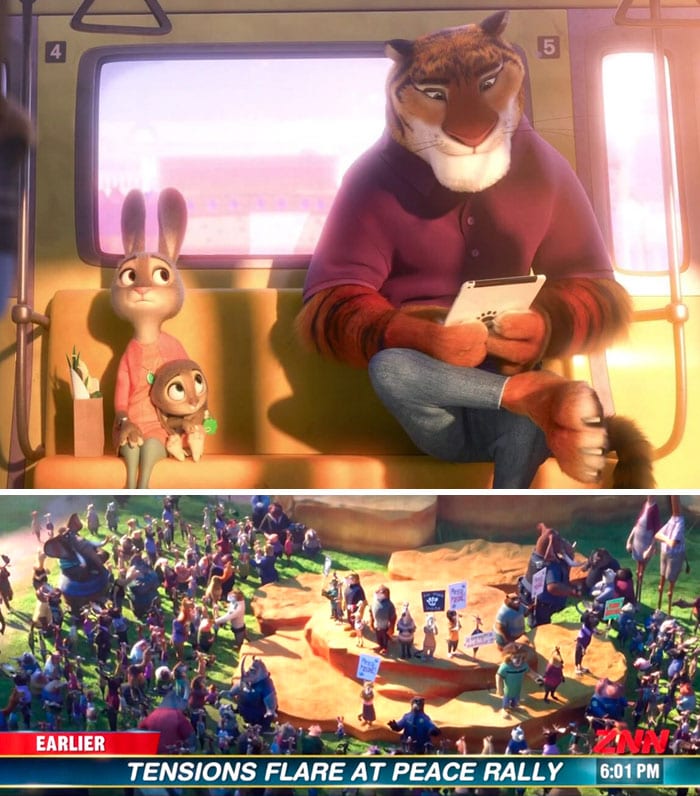 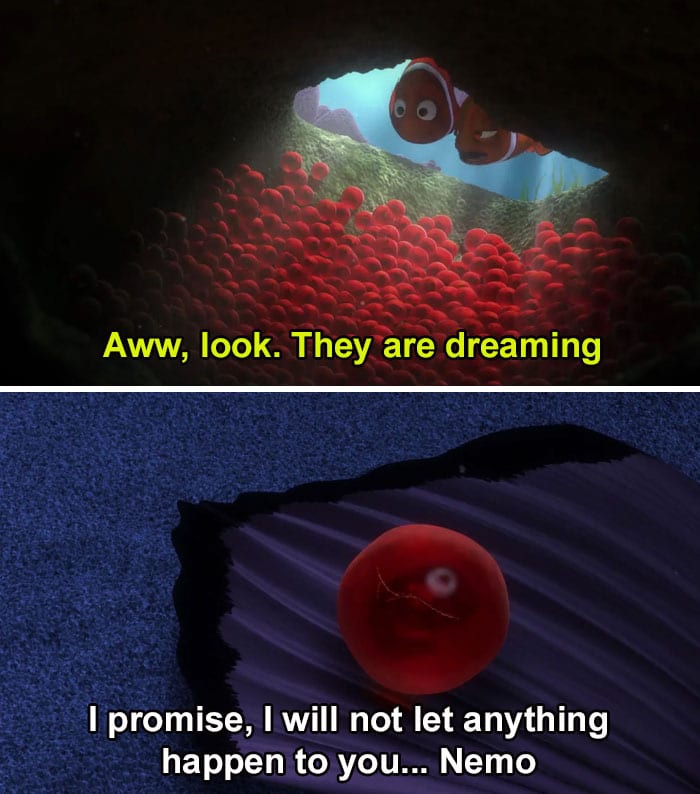 Disney’s Snow White and the Seven Dwarfs (1937) is a prime example. It omits several ‘mature’ features from the Brothers Grimm story, including the deaths of Snow White’s parents and the Evil Queen’s desire to eat her body parts. This is perhaps understandable, but Disney also attempted to transform the morals of the tale, which proves to be far more insidious. Grimms’ Snow-White was intended as a Bildungsroman, or a coming of age story, so that young girls could be shown the struggles that come with maturation and womanhood through the princess’ journey. (The apple-biting scene is generally interpreted as a metaphor for sexual temptations, for instance). Although Disney’s Snow White does grow up and marry, she is never presented as anything other than girlishly innocent. Her wide eyes, flat chest and brightly coloured dress are all indicative of prepubescence, despite the fact that she is supposedly well into her teens. She does not bite the apple onscreen either, which removes obvious connotations of sexual agency. However, she does learn the domestic skills required of a housewife, epitomised by her decision to “wash and sew and sweep and cook” for the dwarfs. Disney clearly intended for Snow White to grow into a model 1930s woman, yet he prevented her from undergoing any of the struggles or bodily changes associated with maturation. Instead, his Snow White has the best of both worlds: upholding traditional gender roles while retaining her childlike innocence (presumably) forever. 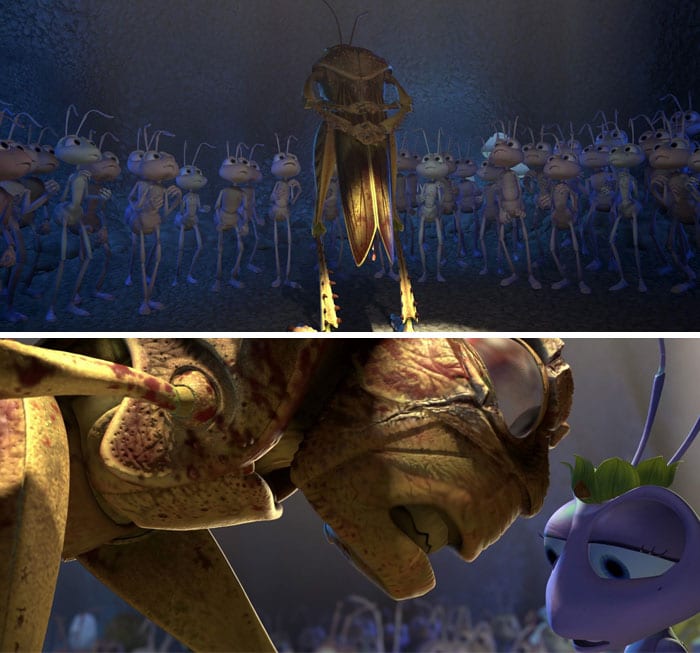 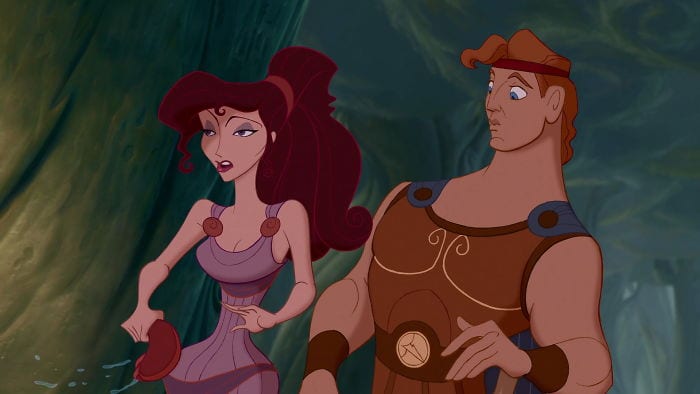 Disney’s Cinderella (1950) also underwent something of a bowdlerisation. The stepsisters’ pecked-out eyes were naturally censored, but so too were some of the tale’s more touching moments. The Brothers Grimm emphasised the death of Cinderella’s mother, showing how Cinderella often grieved the loss by crying over her grave. In fact, she is at her mother’s grave when her wish for a new opportunity is granted, symbolically showing acceptance of parental death as a catalyst for her transformation. This could have been a poignant and sensitive addition, yet Disney chose to disregard it. Instead, he adopted material from an earlier Cinderella tale, and included the Fairy Godmother as a maternal substitute who magics away Cinderella’s dismal situation. Some of Disney’s colleagues did protest the ease of this transformation. Fellow screenwriter Maurice Rapf suggested that Cinderella should be less passive, and learn to stand up to her abusive family. “My thinking was you can’t have someone who comes in and changes everything for you,” he said, “You’ve got to earn it.” 2 “But as Rapf himself later complained, next to Disney’s vision of innocence and simplicity, his ideas were not taken seriously. 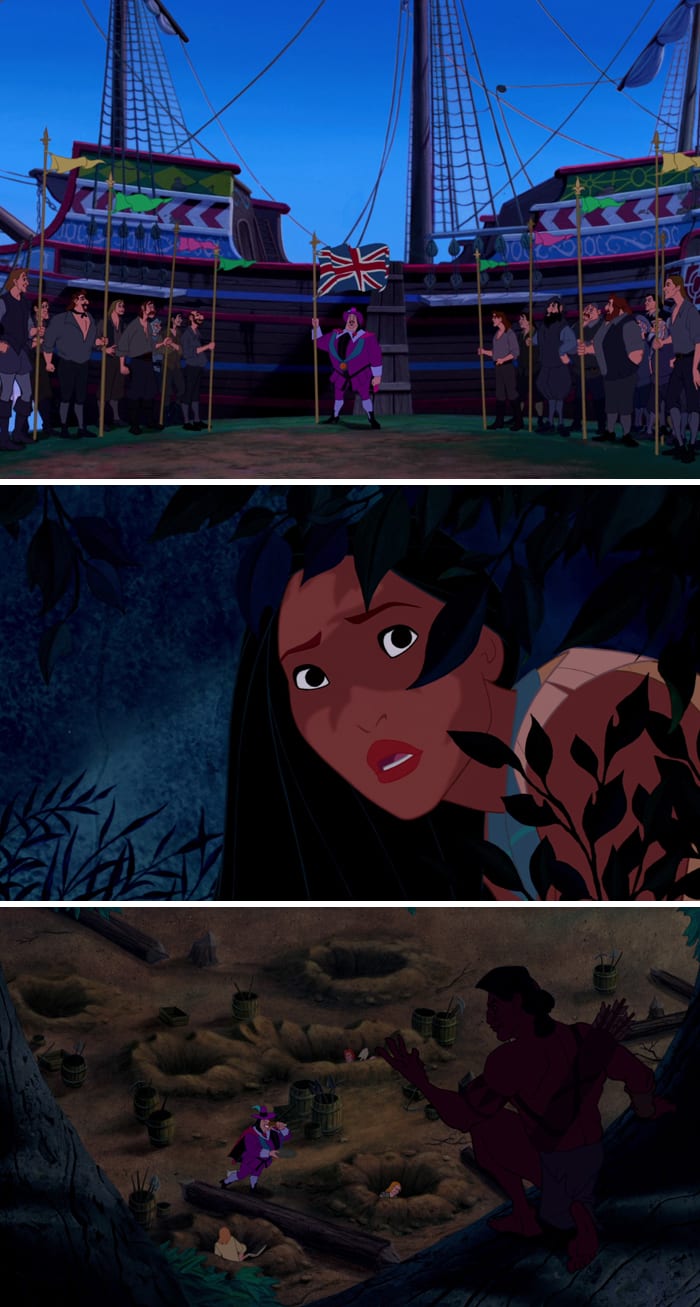 #13 Beauty And The Beast – Male Entitlement 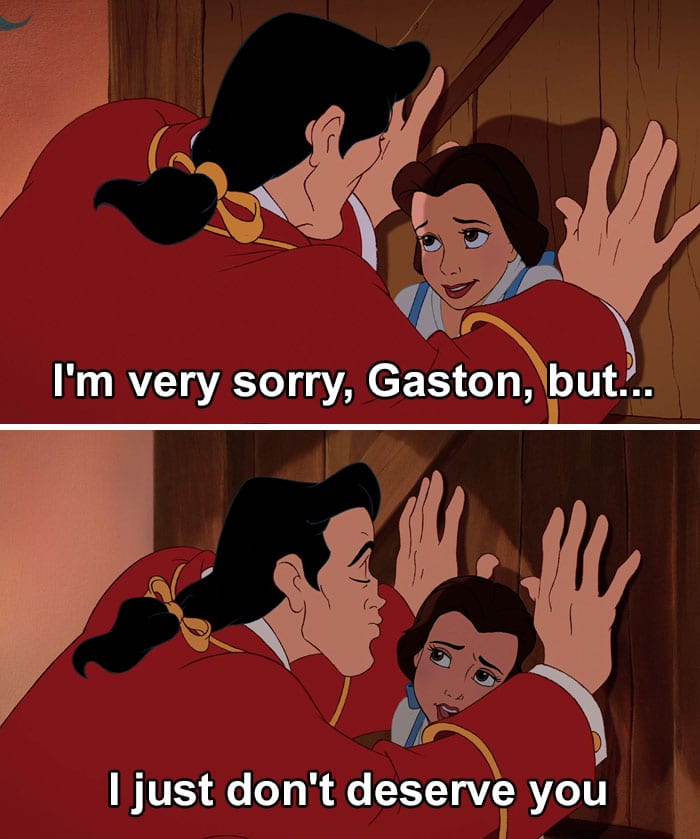 This is not to say that early Disney films never engaged with weighty topics. Bambi (1942) famously and controversially depicted maternal death, although it was by no means the film’s focus. Yet in Disney’s “fine, clean, unspoiled” world, there was generally little room for realism or sensitive subject matter. We can only imagine the detrimental effect this might have had on Disney’s original audience. If girls of the 30s and 50s grew up idealising prepubescent housewives, and believing that their problems would be solved with the wave of a magic wand, then adulthood in Cold War America could only be cruel to their expectations. 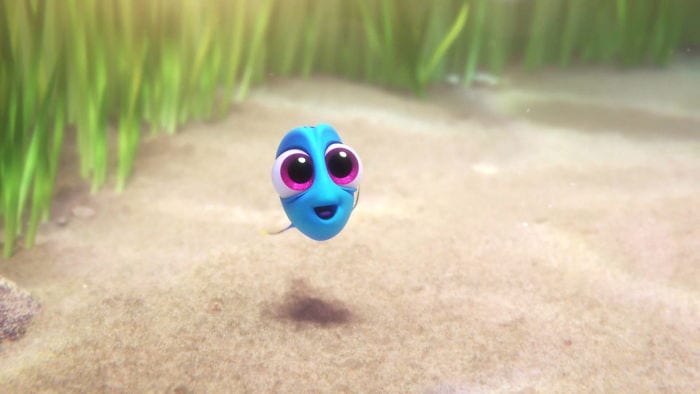 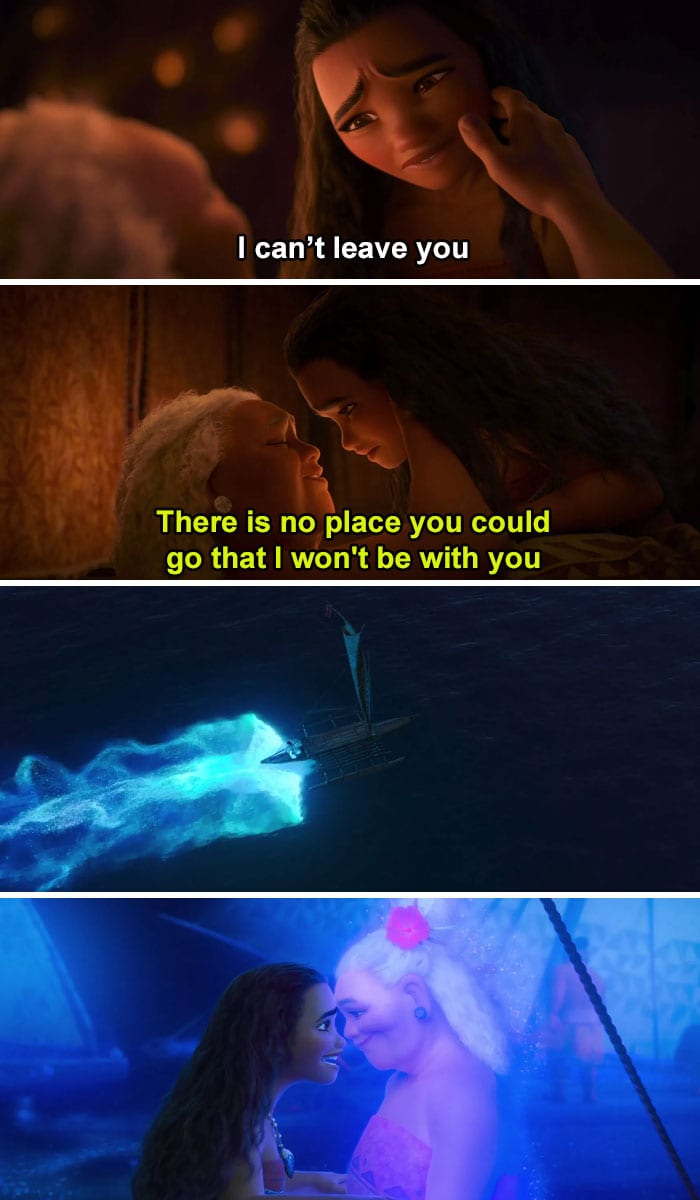 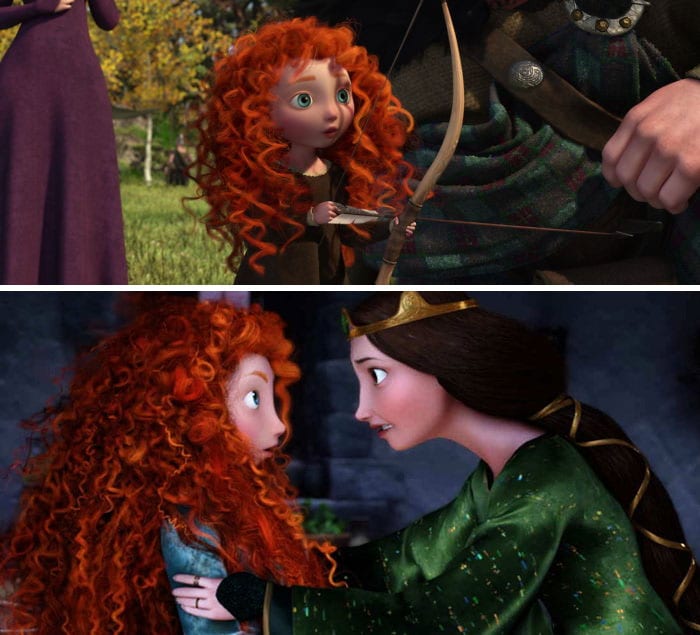 Thankfully, as the decades passed, the Disney tradition of naivety and bowdlerisation gradually began to decline. 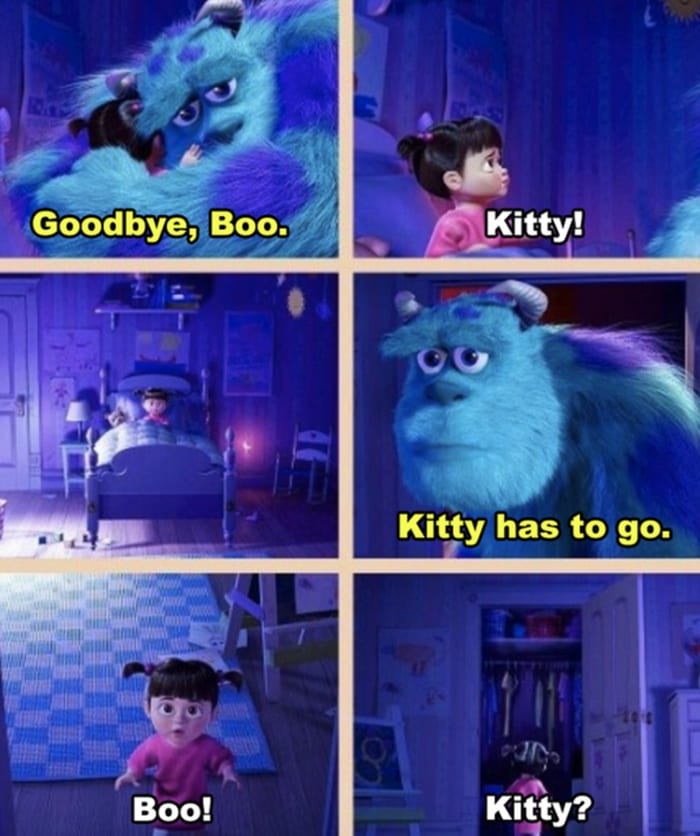 #21 Princess And The Frog – Acceptance of fate 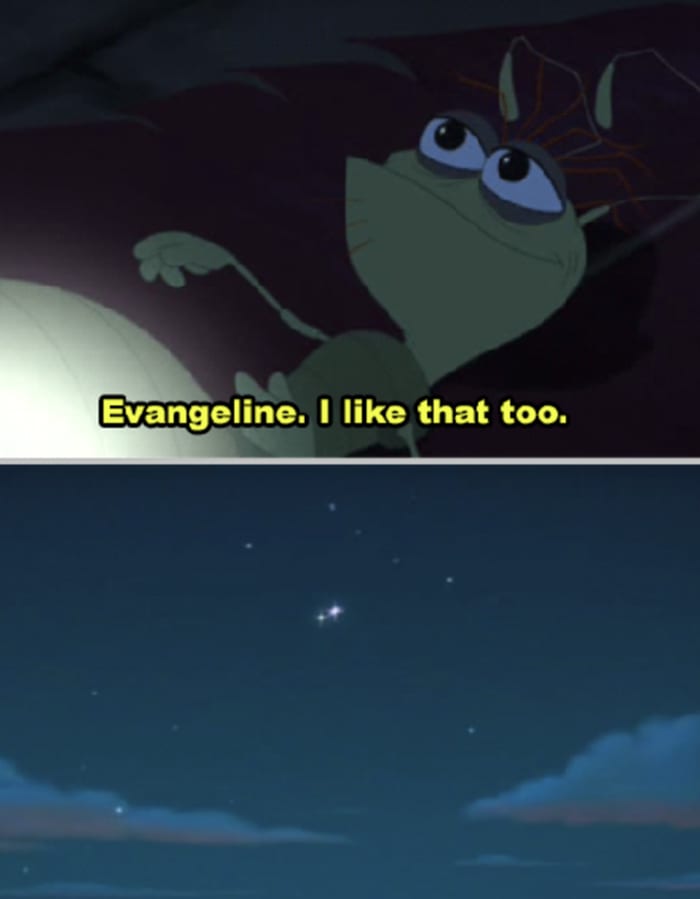 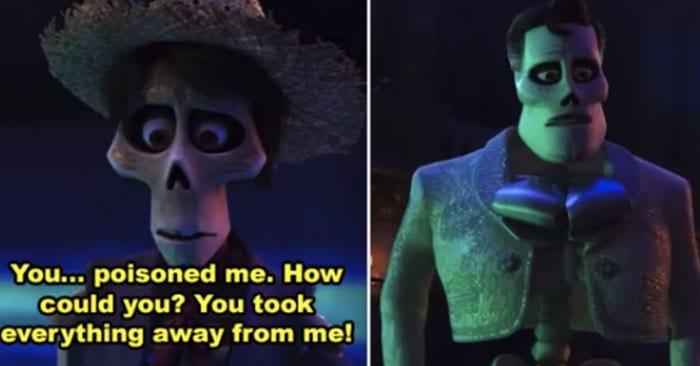 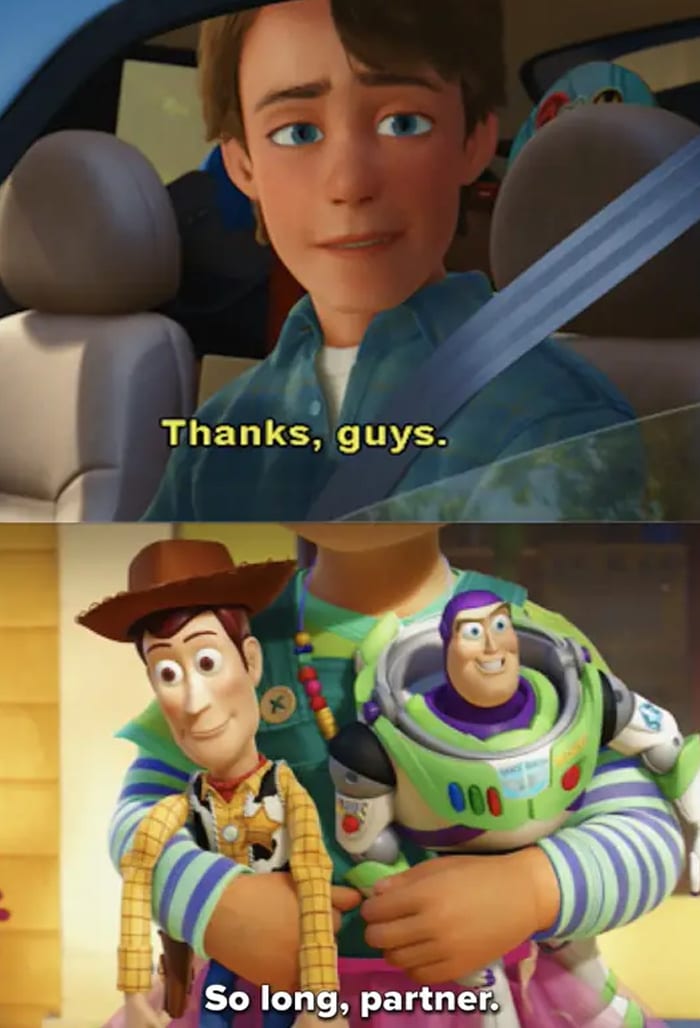 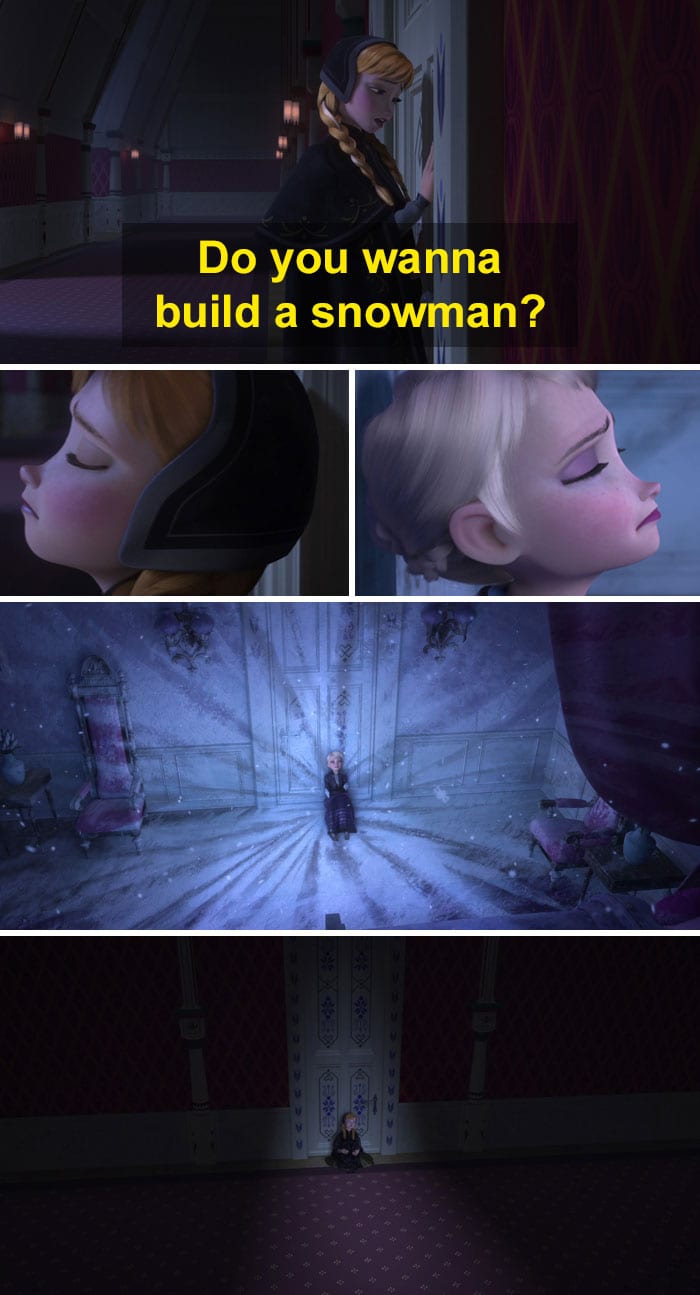 #26 The Rescuers Down Under – Endangered Species 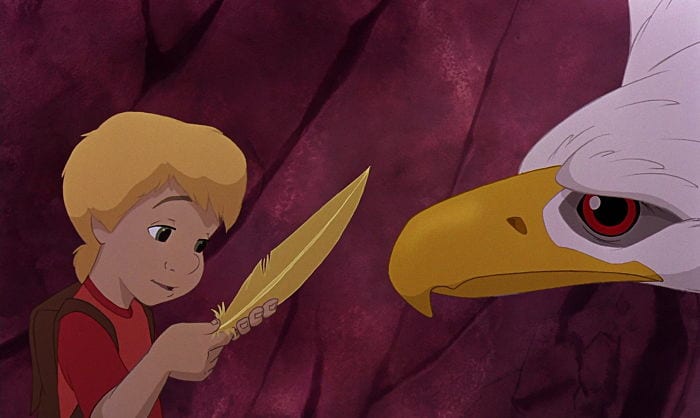 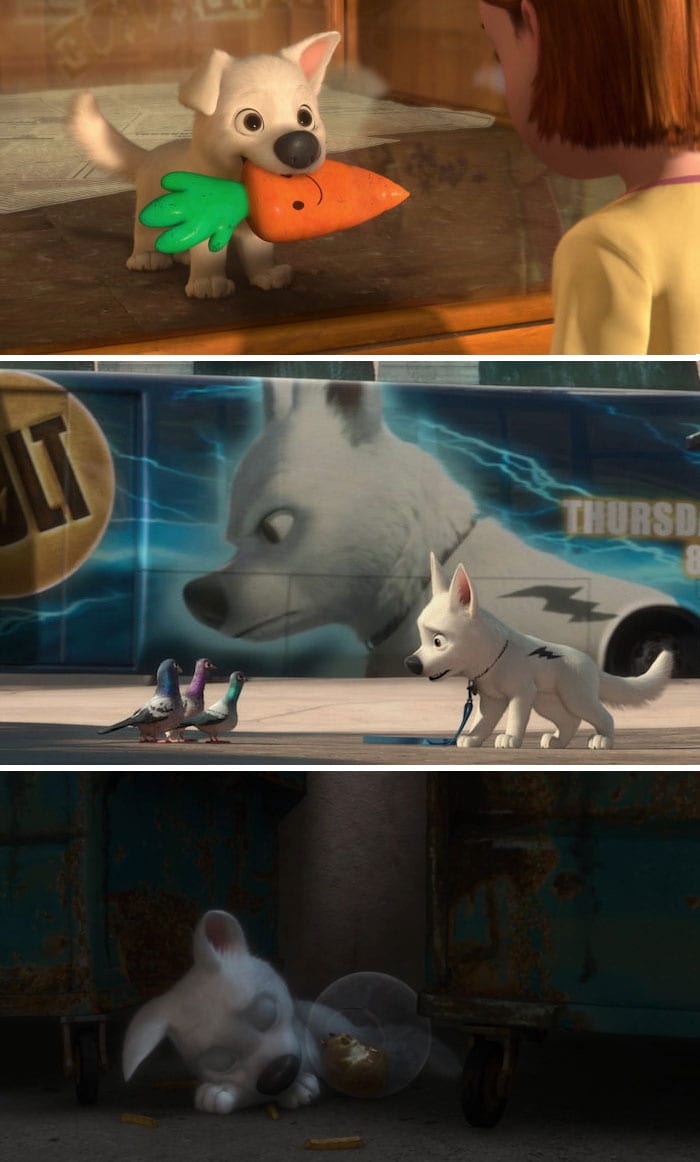 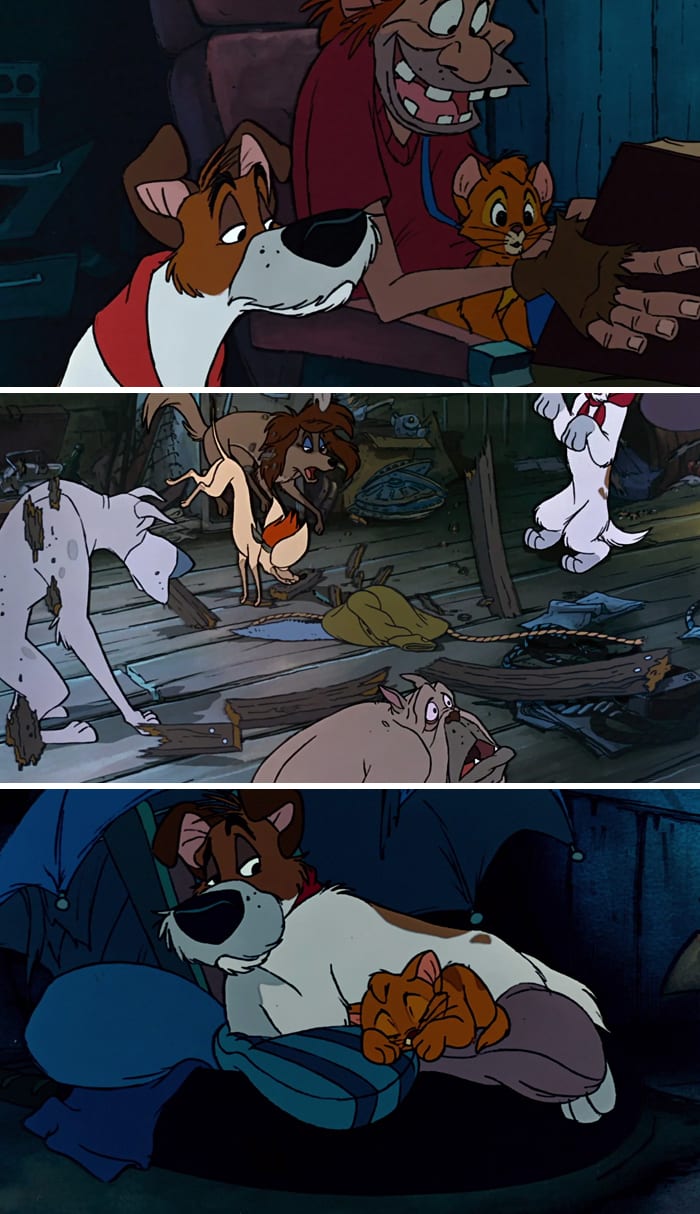 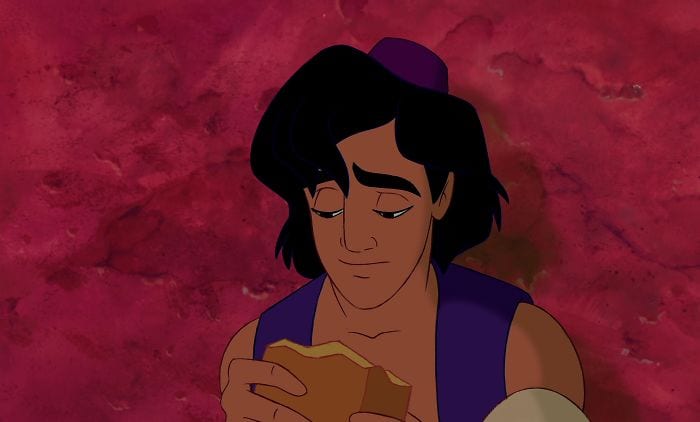 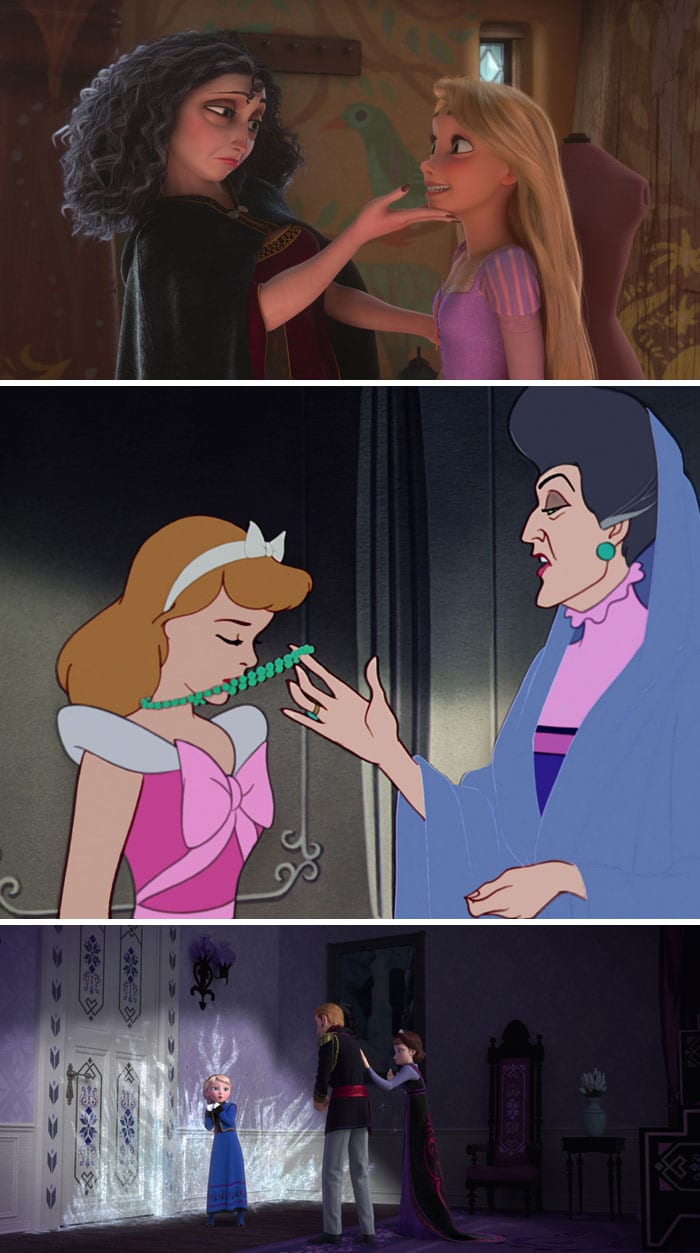 What about you? Is there a Disney movie we missed that you thought had a serious topic? Tell us down in the comments!