Not just humans, but animals are crucial for our ecosystem to work efficiently as well. If our animals are killed or taken for granted, eventually with time, they will risk owning any track of existence over time. With so many animal species remaining only in a few hundred and are on the verge of extinction, some animal species can be conserved in ways to let them grow in number over time. The process of animal protection laws and fundings takes up time and is often taken for granted which is not doing justice to their kingdom. They deserve just as much for their generation to keep building in number, so our animal kingdom hierarchy can remain intact without disturbances which can have negative impacts on not just the animals but have an effect on humans too!

Here is a story of a dog who is a surrogate dog to five beautiful cubs and the bond is quite unique to see how they interact and the sense of nurturance is so prominent, it is rather heart-warming and so adorable to watch.

Isn’t the dog just so humble to flood himself with the cutest cubs. 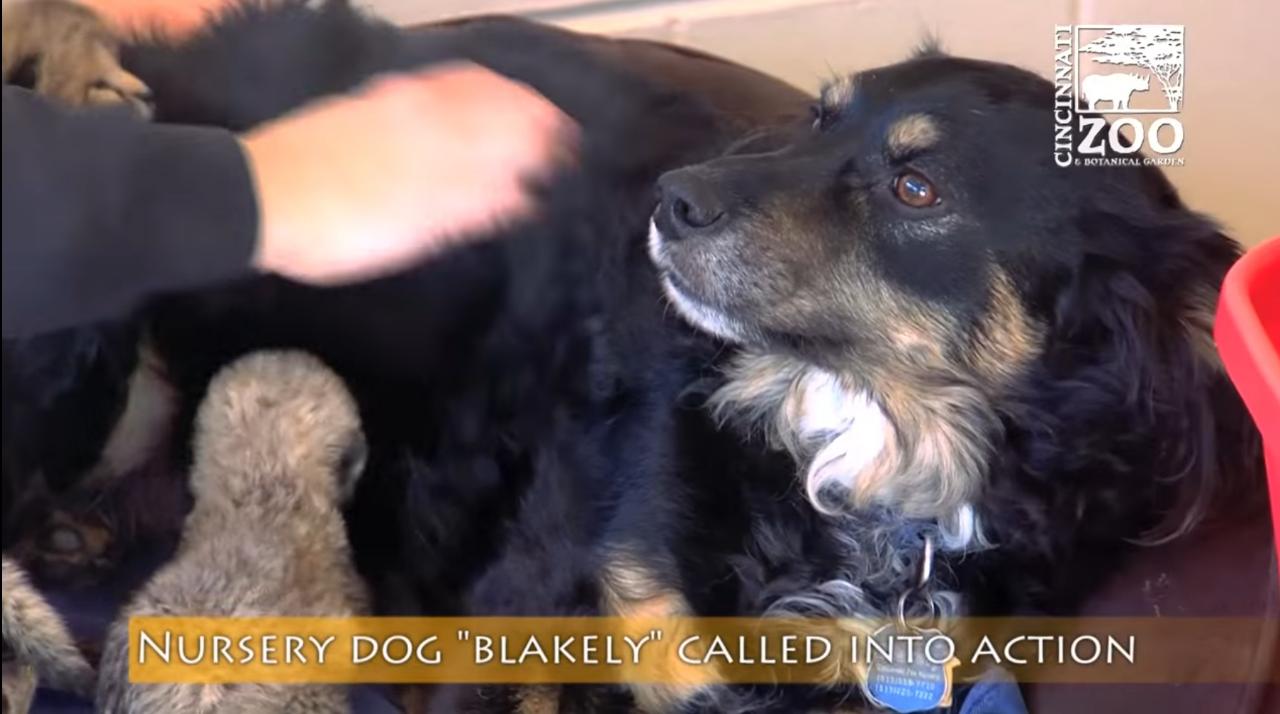 The cute Cheetah cubs that were born on the 8th of March in Cincinnati have been taken care of by their surrogate dad after their mother passed away while giving birth. After the c-section operation of the mother, Willow was unable to survive. If the c-section would not have been done, the mother and the cubs could have died which would further risk the fear of getting extinct. These baby cubs are a survival of the species that have been reducing in number and extinct in over 20 countries according to the Cheetah Conservation Fund. The Director of the Cincinnati Zoo and Botanical garden was extremely grateful for the mother putting her life at risk in an attempt for the species to survive.

With the help of the staff and the pup, they are doing their best to help the cubs grow. 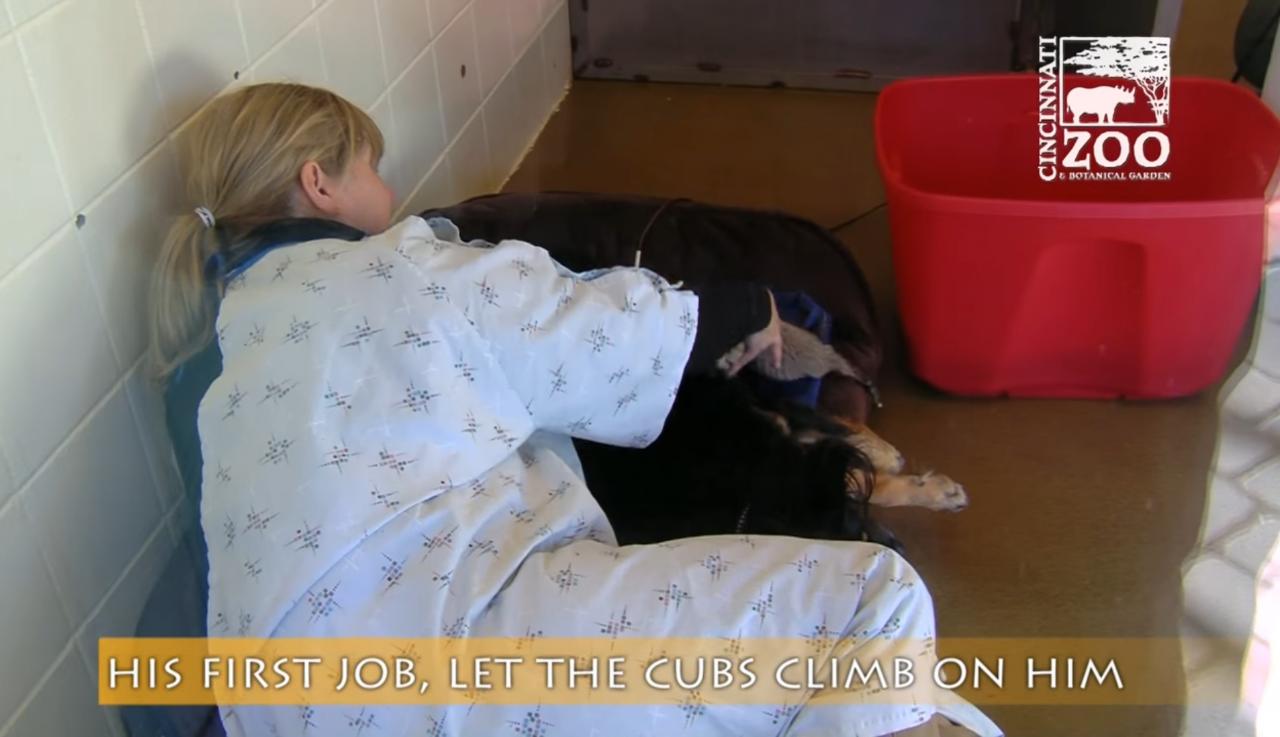 After the birth of the cubs, the zoo nursery in Cincinnati enlisted a surrogate dog-dad to help the cubs feel safe. Over the past few weekends, the cubs have grown so quickly, they even opened their eyes and are doing better with Blakely, who is an Australian Shepherd. A total of 5 cubs are being taken care of at the zoo, 3 male cubs and 2 female cubs are spending time with their surrogate dad. Blakely acts like a role model dad figure for teaching them the techniques that were their mum’s duty which he took upon himself. He taught them to climb to get their guts moving which allows their digestive system to develop efficiently.

The cutest cubs are trying to exercise so that they become healthy. 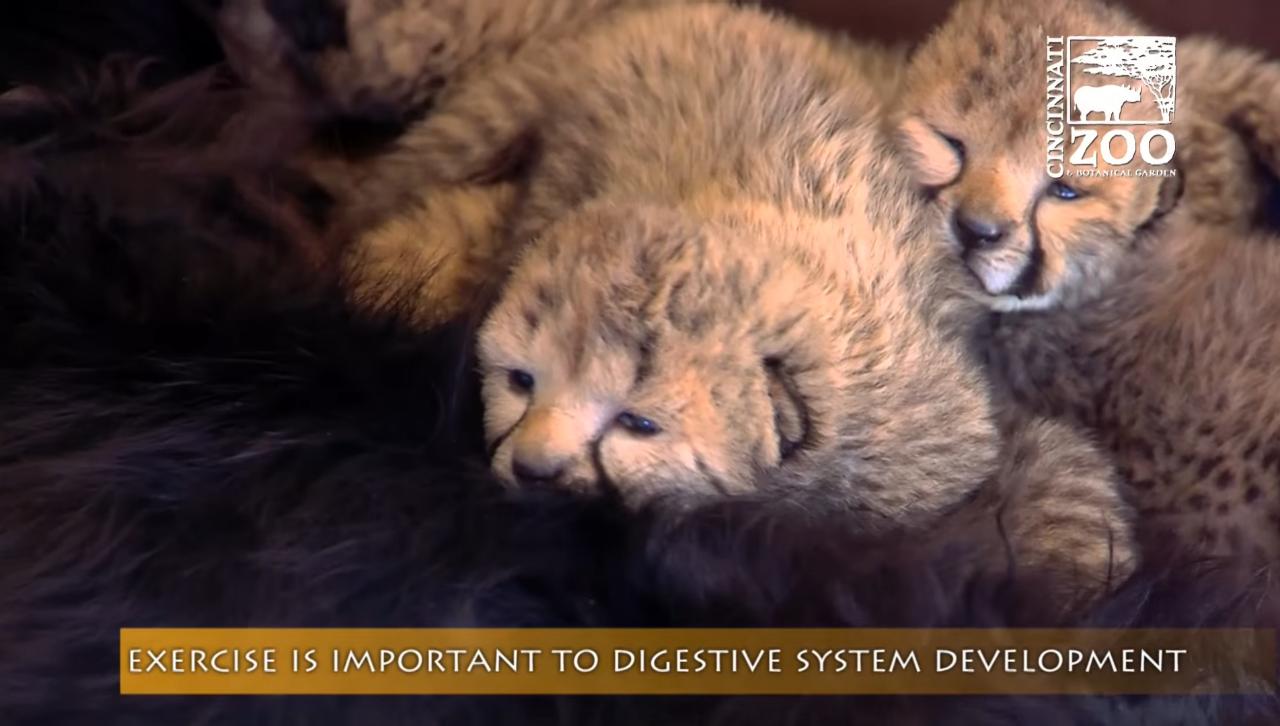 Statistically speaking, the Cheetah population currently is only below  12,000 in number from the 100,000, therefore the decrease in number has put them at high risk of being extinct. Cheetah conservation is their only resource to let the species grow in number over time.

After the time period spent there, they would still be looked after. 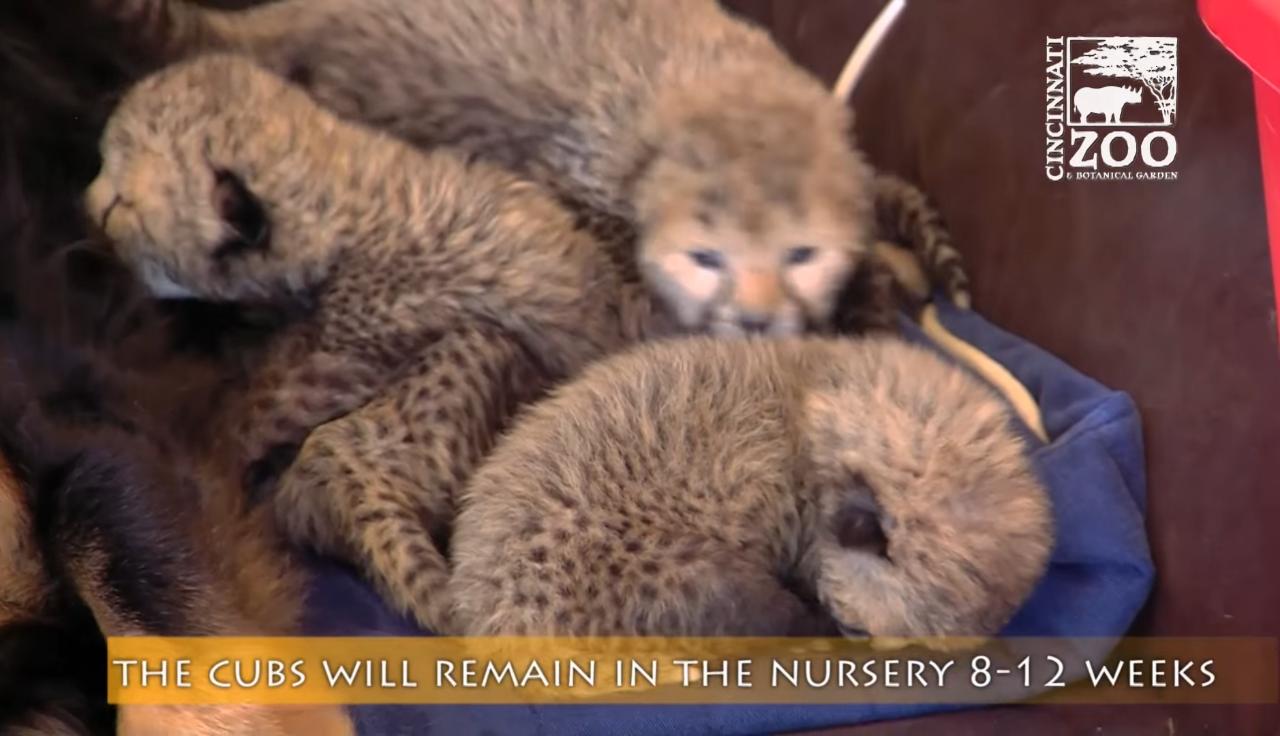 This video gives an insight into what happens at the Cincinnati Zoo Nursery and how the cute little cubs are with their surrogate dad.

I am sure after watching this video, your hearts are too filled with the joy of humanity and its existence present in animals. Aren’t they just way too adorable? Let us know your thoughts in the comments below!