So many dogs get abandoned every day.

And while some end up in shelters, most of them just roam around in the streets looking for scraps and fending for themselves. Most even get put down by Animal Control when they get complaints of feral dogs. That is sadly the future for many dogs. However, this little Shih-Tzu luckily got rescued by a team of people who wanted to help him get better. You see, he was lugging around more than 7 pounds of matter fur.

Not only that, but because of the matted fur, he couldn’t even walk properly and the fur was filled with fleas. It really is a disturbing sight to see this dog. However, thankfully, once he was rescued, the people at the rescue did their best in shaving all of the matted fur and bathing him so he was once again clean. I can’t even imagine what this poor doggo went through to end up in such a state.

This is Simon, a Shih-Tzu with a lot of matted fur. 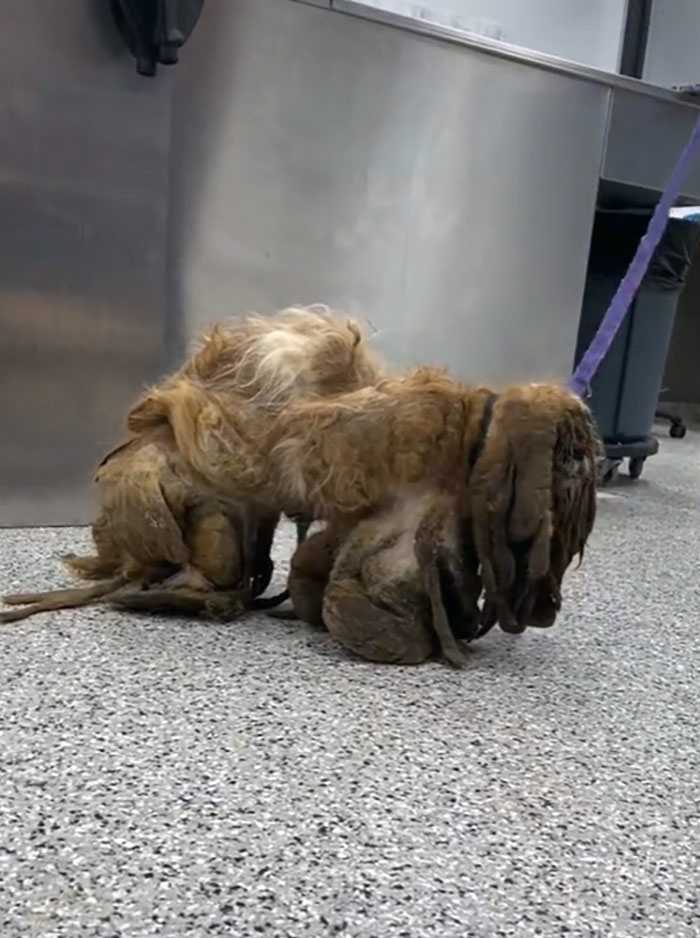 Apparently he was abandoned. 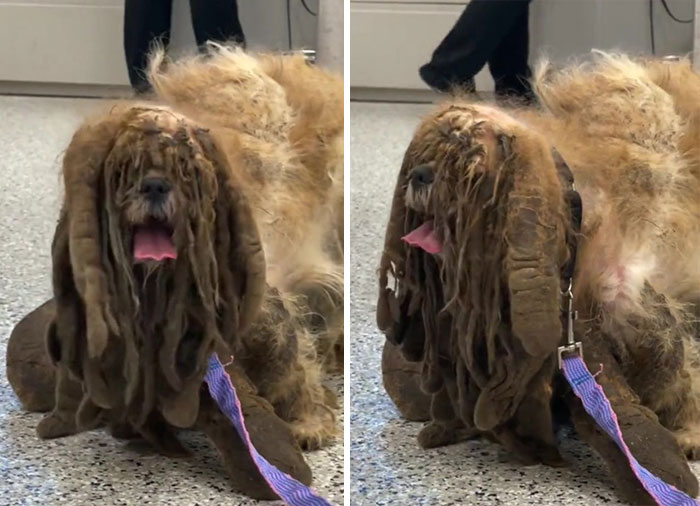 He couldn’t even see properly and his fur was filled with fleas. 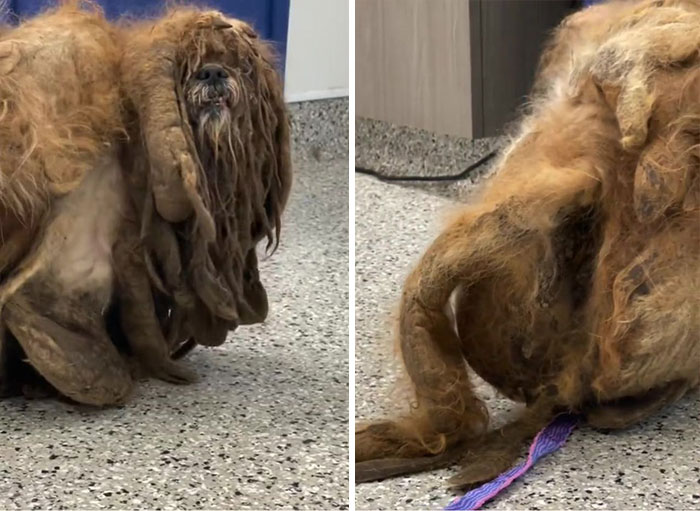 So they shaved all of the fur as carefully and as quickly as possible. 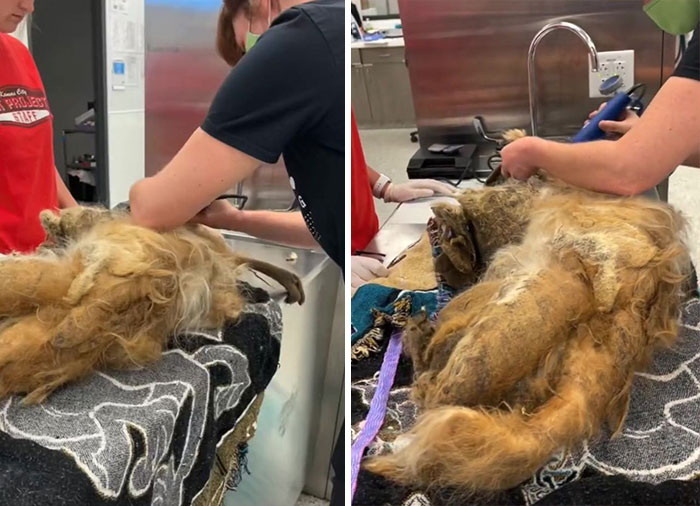 You can see for yourself what condition he was in. 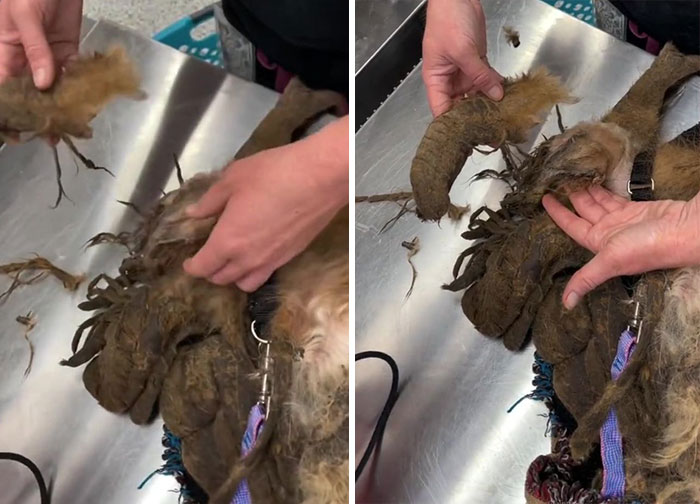 It took a long time for them to shave off all the matted fur. 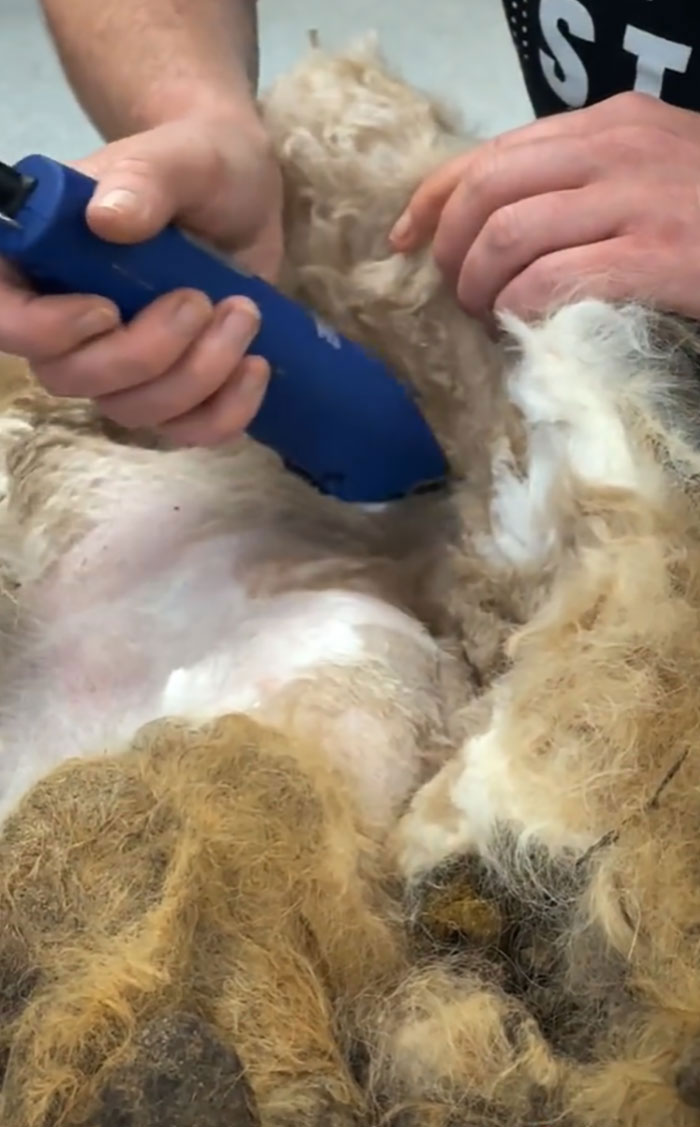 If you ever see a dog in such a condition roaming around the street, it is recommended to call a shelter close to you. And if the dog is attacking you if you get close and you can’t rescue him yourself, calling someone is a good idea rather than leaving the poor soul alone. Or they might end up like this Shih-Tzu. It is always enraging to see people getting a pet and abandoning one in such a horrible state. If you can’t take care of an animal, don’t get one. They are not an accessory, they are actual living beings.

Simon is 11 years old and nobody knows how he ended up like this. 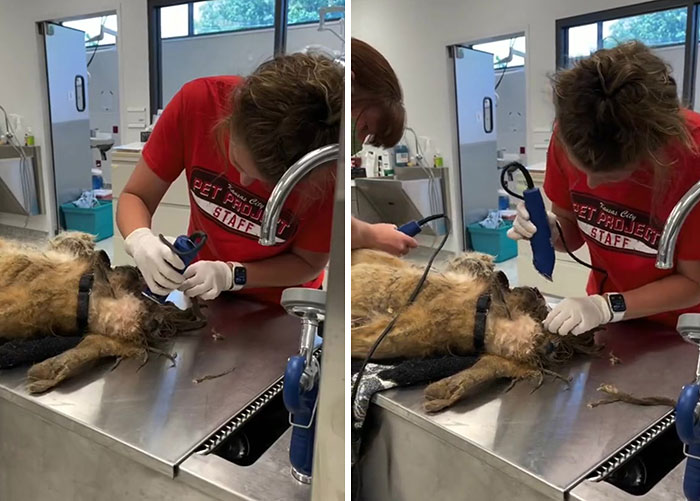 We never know the condition that they’ll be in once they are shaved and surprisingly, his skin was in fairly good shape. He is skinny, he was covered in fleas, and will need to have dental surgery soon, but he’s now receiving great medical care. We are always so thankful for our team at KC Pet Project who put in hard work every day to create better lives for pets like him. Donations to our organization help pets like Simon each and every day that depend on our organization for medicine, veterinary care, vaccines, food, and hope. -KC Pet Project

But thankfully, the skin underneath was fairly healthy even though he was malnourished. 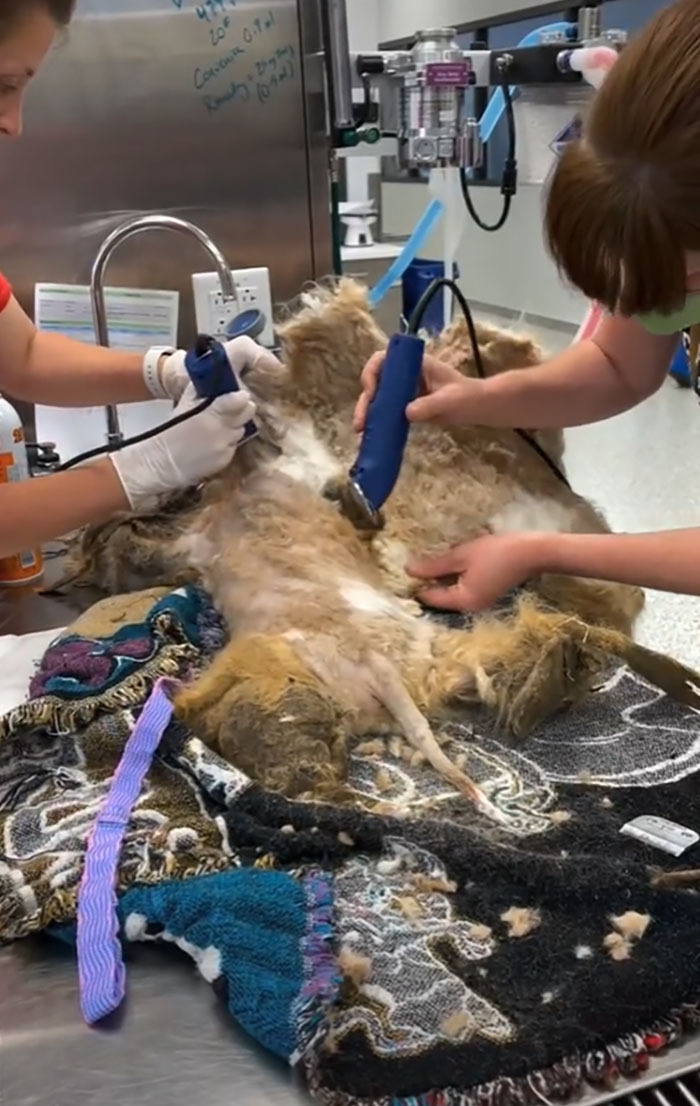 Then they quickly went on to bathe him afterwards with flea medicine. 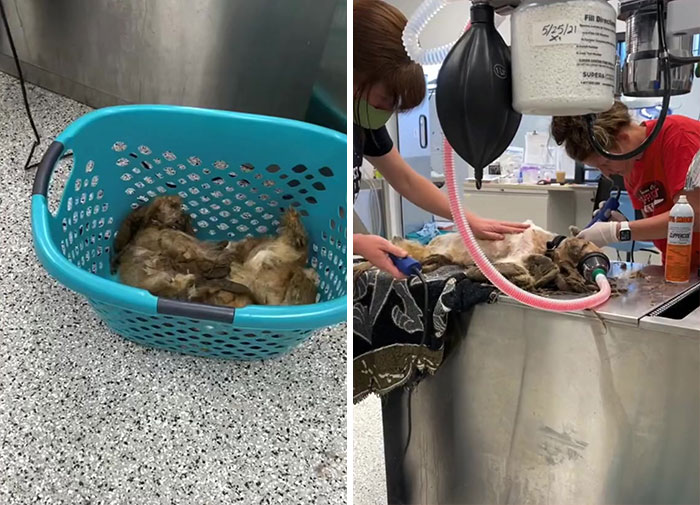 He must have felt so much lighter after and he could finally see as well. 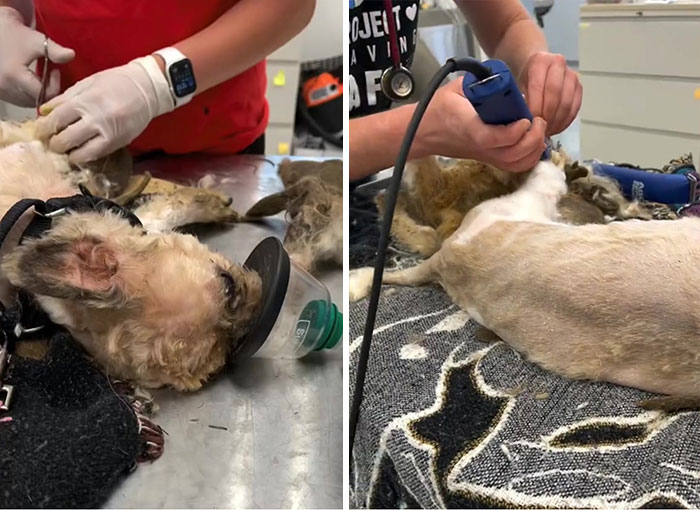 You can just look at how different he is in this after picture. 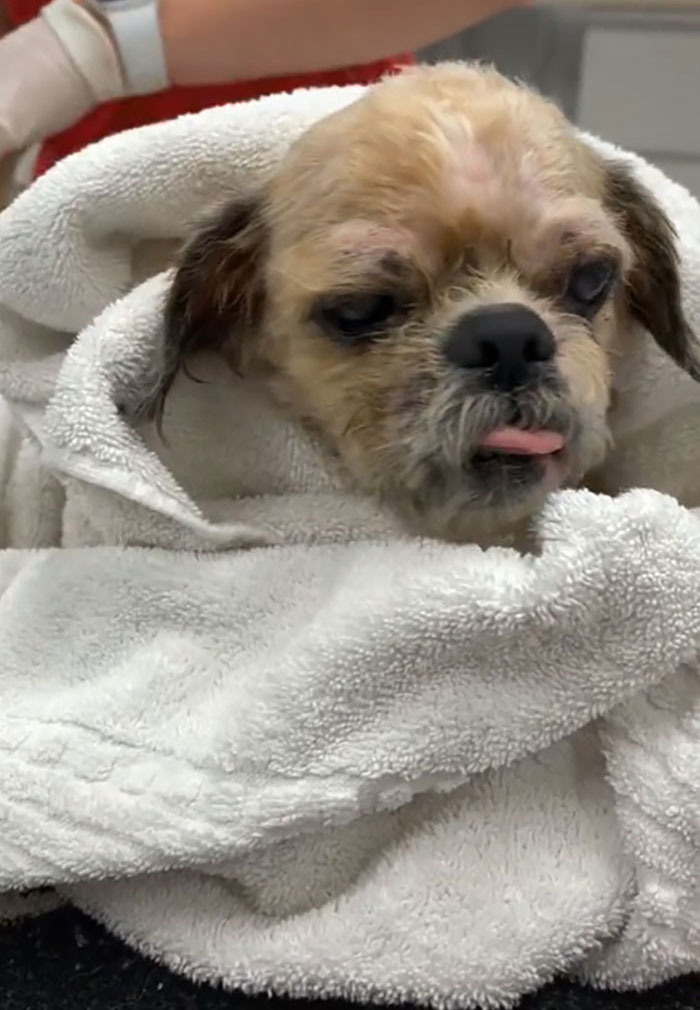 He obviously needs a lot more time to get back to his healthy form. 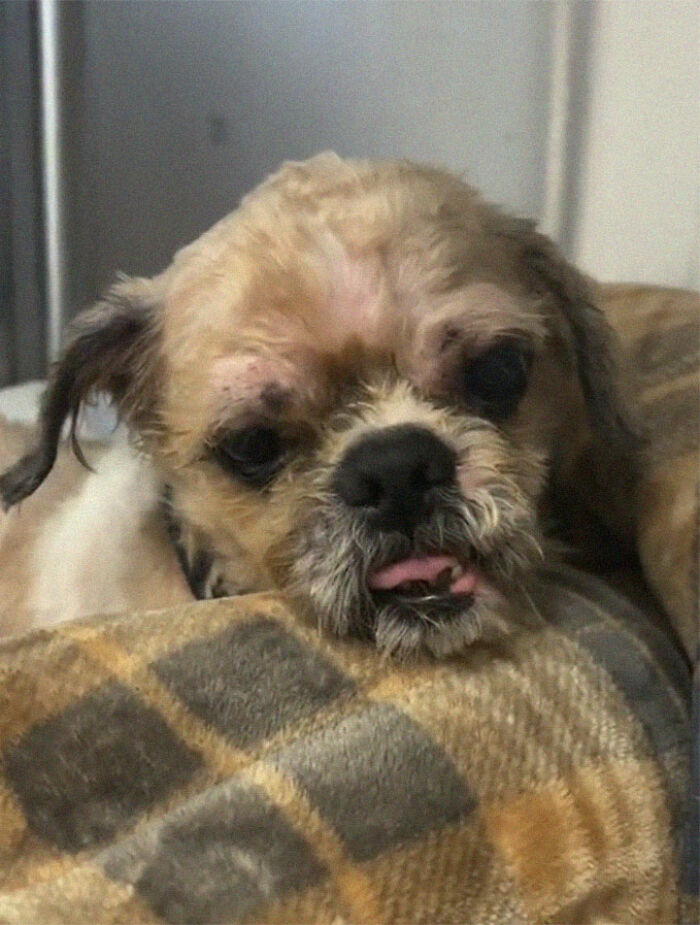 The before and after is truly astonishing. 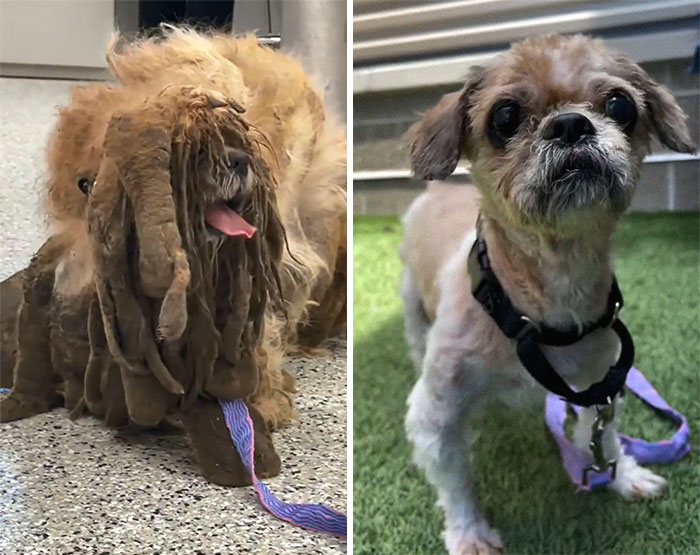 He even got to enjoy a bath after such a long time. 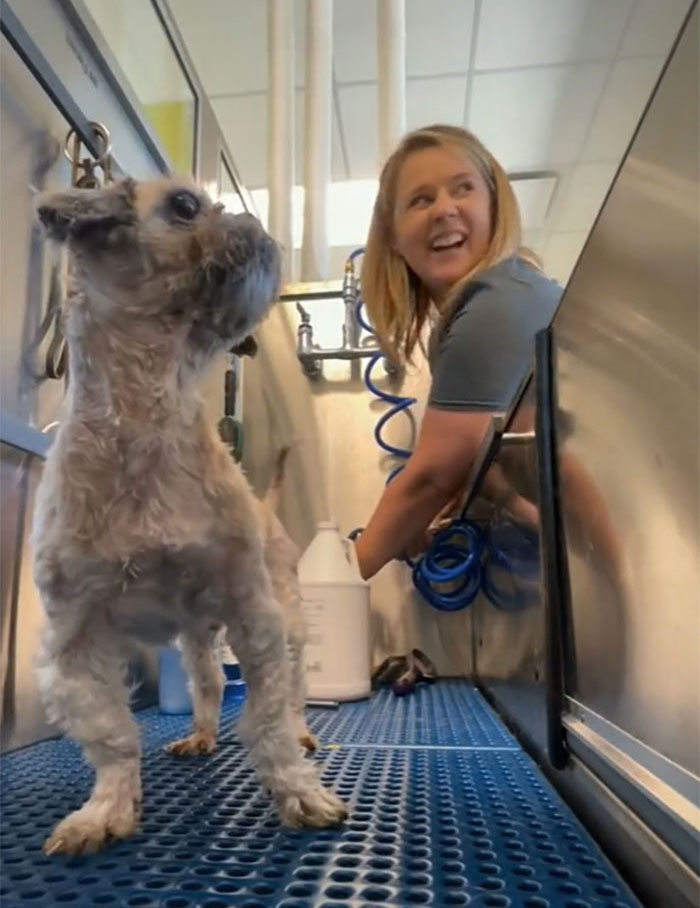 And he clearly seems to be enjoying it. 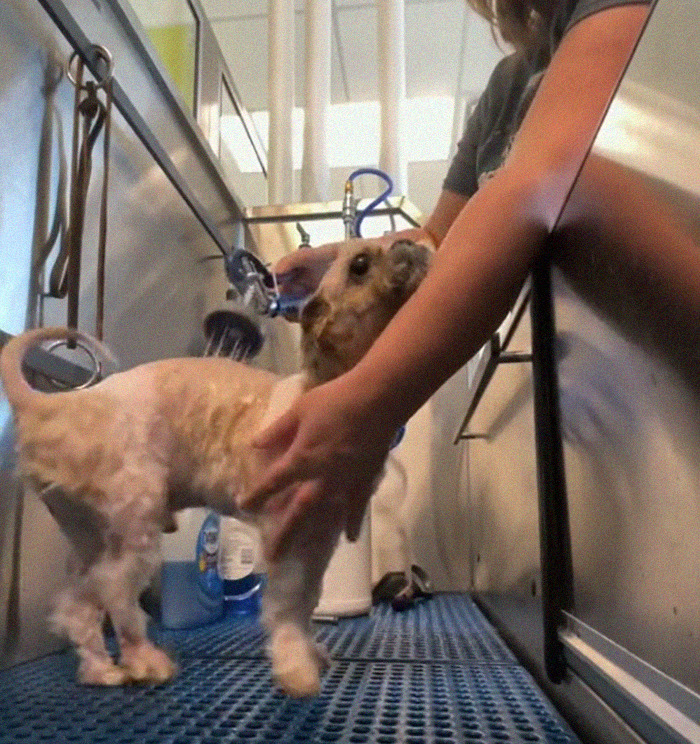 He will need a lot of food and time to get back on his feet. 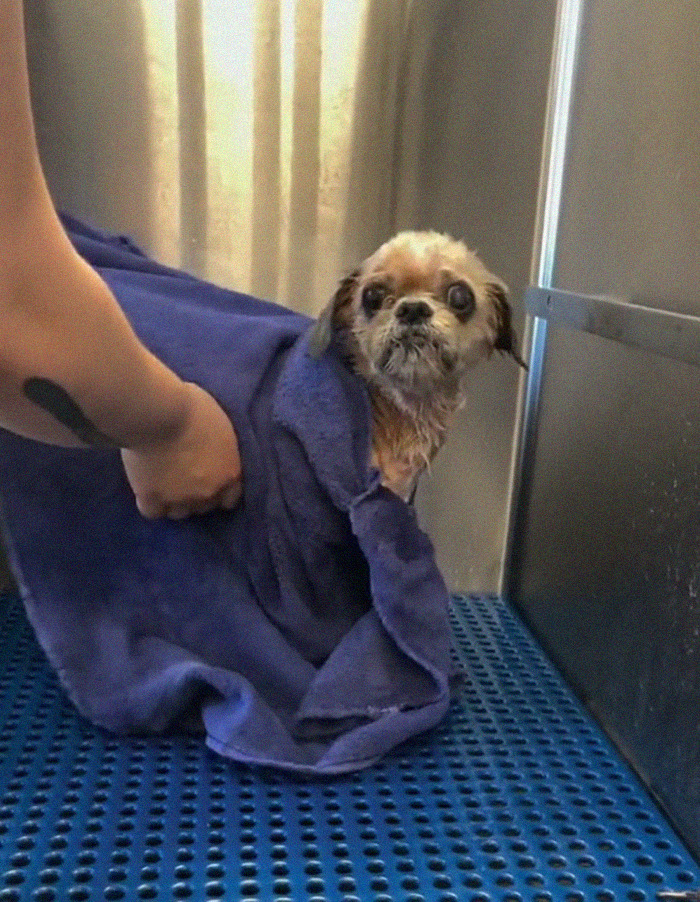 However, he is on the right path and they will keep him until he is healthy. 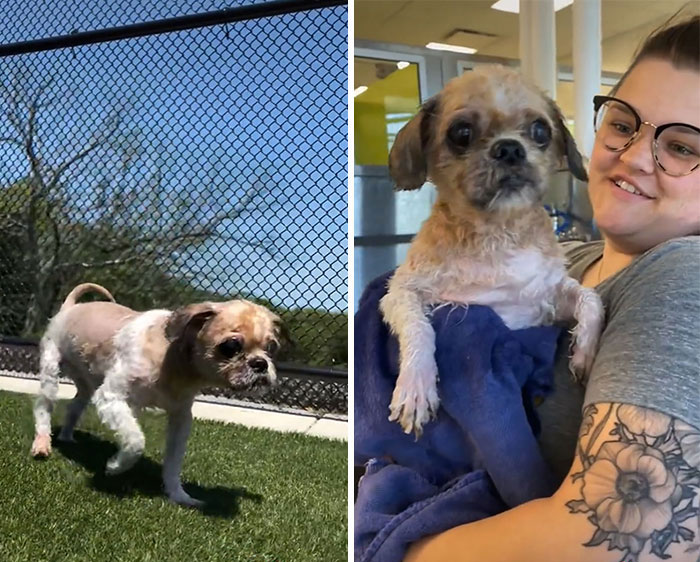 After that, he will get to go to a shelter and hopefully get adopted by a loving family. 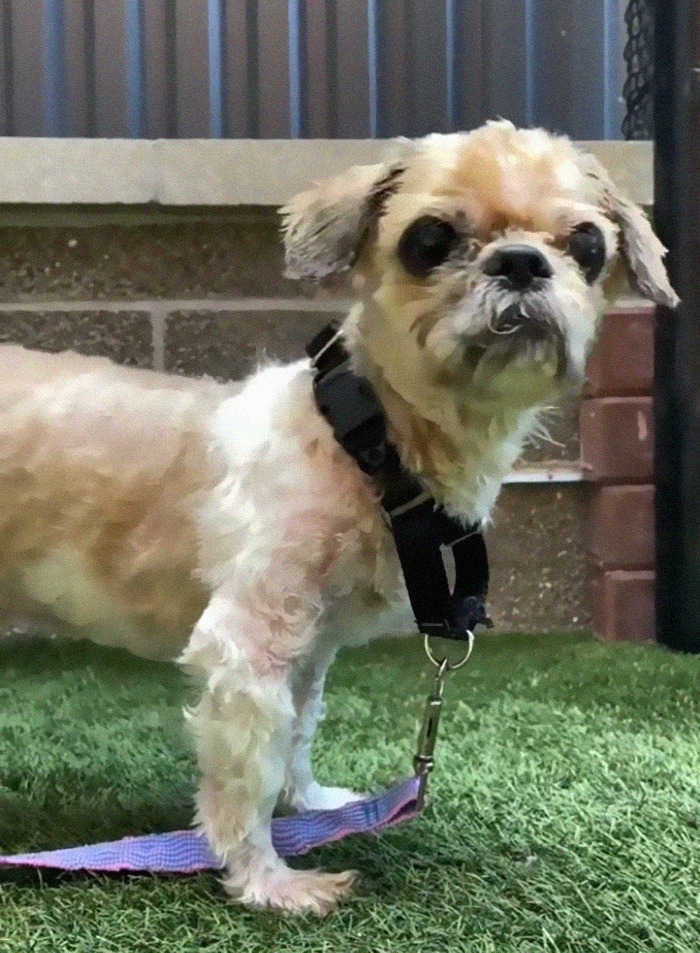 Have you ever seen a dog in such a state? Let us know in the comments below.