Love is a powerful thing!

It is crazy how love can do so many wonders. It is beautiful how just a little bit of love and care can give someone a new life. Another chance, a fresh start and hope. Kindness is the greatest virtue, it does not cost us anything to be kind instead it gives us peace of mind and the kind of satisfaction that we can not obtain from anything else.

There are uncountable amounts of qualities in a dog, loyalty is the most known one and strength has to be the second. We usually hear stories of a dog’s loyalty but in this story, we will tell you about a dog’s strength. A homeless dog unable to walk gets back on its feet after receiving love and care from his new owners. Although the story has a very happy ending it starts off very heartbreakingly. Keep on scrolling down to read the detailed story of a couple who turned a diagnosis around and saved this dog’s life…

1. This is Doc, a 10-year-old German Shepherd who was diagnosed with degenerative myelopathy due to that he was unable to walk.

Aside from being very painful, this is a disease that disables a dog for the rest of its life and that was the reason the poor boy was abandoned at a pet shelter. Unfortunately, Doc’s previous owner could not afford to provide him with the medical attention that he needed. 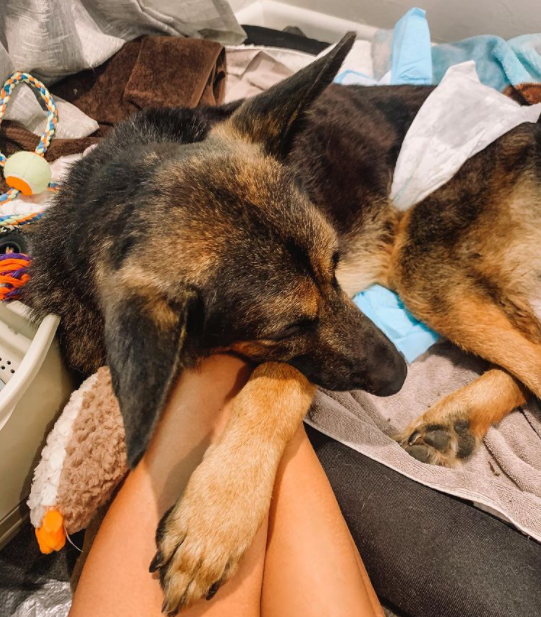 2. Mackenzie and her fiancé felt an instant connection of love with Doc when they first found him.

They both immediately fell in love with Doc and they thought that he deserved another chance at life and to live in a home that can provide him with all the love, attention and care that he needs instead of living in a facility. They both really believed that they can actually do something to improve Doc’s life so they did not think twice before adopting this furry friend. 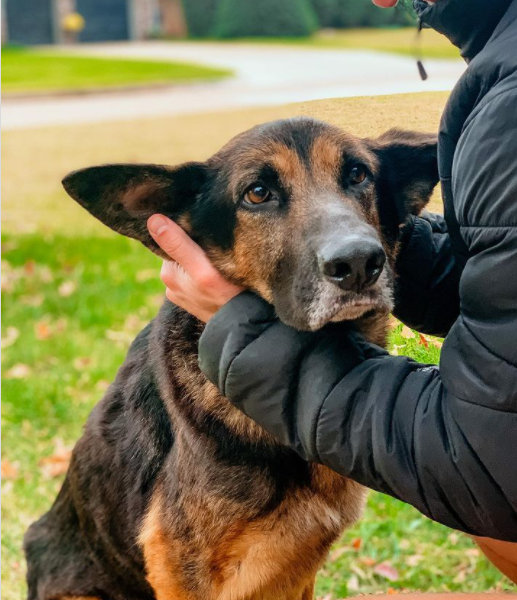 3. Here is Doc drinking a Pappucino for the first time. 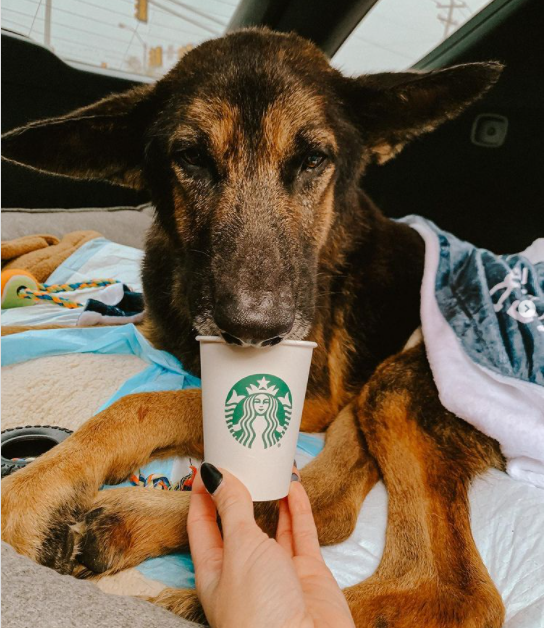 4. He seems to be enjoying that a lot! 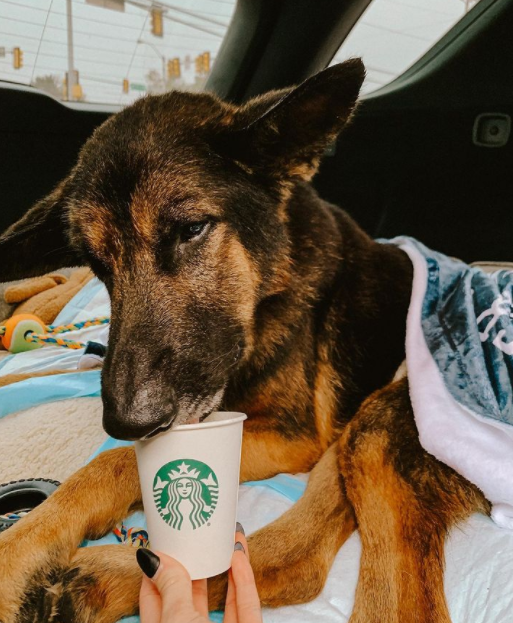 5. Mackenzie got super attached to Doc. The deep connection she first felt for Doc soon developed into a beautiful friendship. 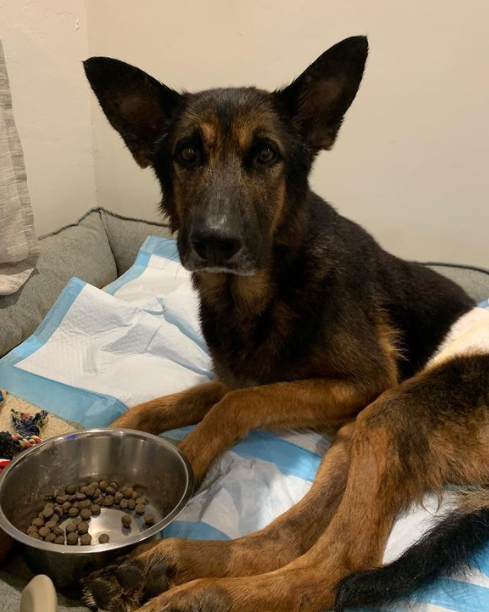 6. Even though Mackenzie was very happy about getting another dog but she could not help but feel extremely sad about Doc’s condition.

Mackenzie was devasted and she felt useless to know that this poor baby was in pain and she could not do anything to help ease his pain. She could not sit and just watch Doc lay all day on the bed in pain. She wanted to make Doc’s day a little more fun so she decided to go out to buy some toys and snacks for Doc to distract his mind for as long as she can. 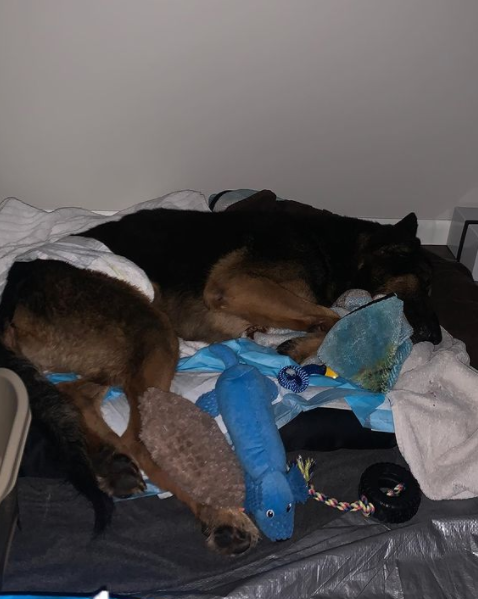 Mackenzie and her fiancé took Doc out that afternoon after buying toys to play with their other dogs at the park. They wanted to see Doc making any kind of movements, they wanted to help him try to walk. Even though the doctors had lost hope in him, they did not want to give up without giving it a try. They had nothing to lose so the couple came up with the idea to tie Doc’s hip with a bandage to help support his weight so that he could move his legs. That technique helps in supporting the parts of Doc’s body that could not withstand the pain when standing. What happened next shocked everyone and gave the couple hope. It was nothing less than a miracle. Keep on scrolling down to see it yourself…

7. Mackenzie teased the dogs by showing them their favorite ball toy while her fiancé supported Doc with a bandage. 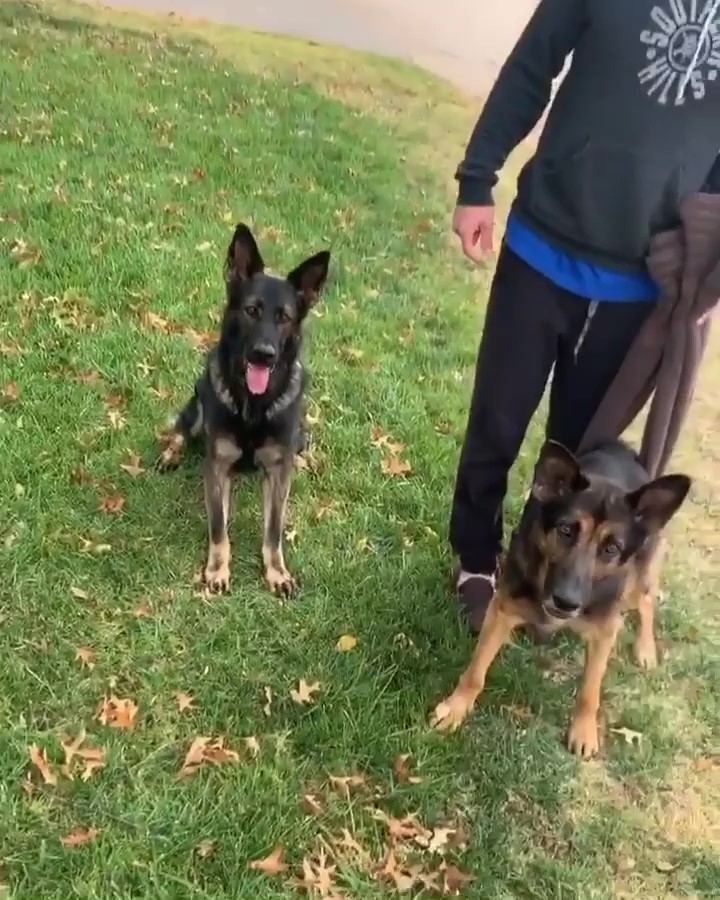 8. They look so concentrated on the ball. So adorable! 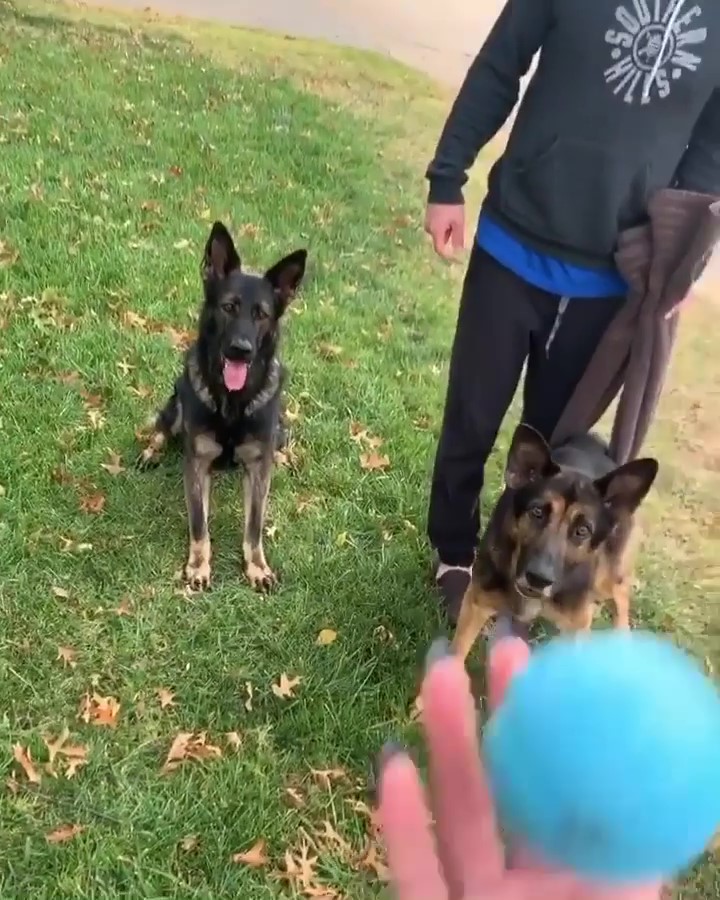 9. That happened the moment Mackenzie threw the ball. Yes, Doc rushed to grab the ball! 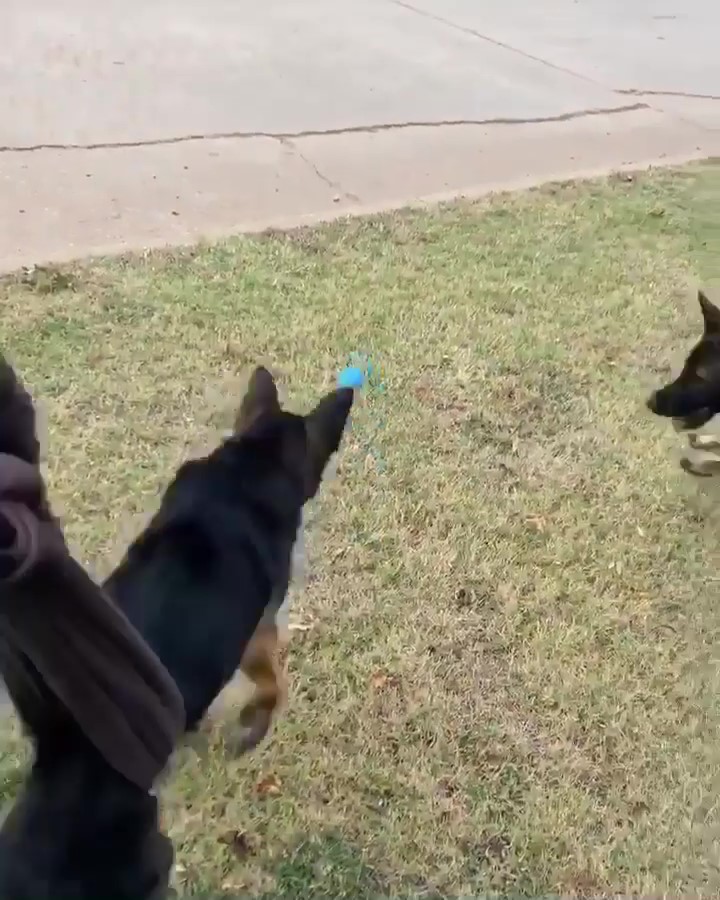 10. Doc had the strength to stand and to take steps, he actually managed to grab the ball before the other dog. 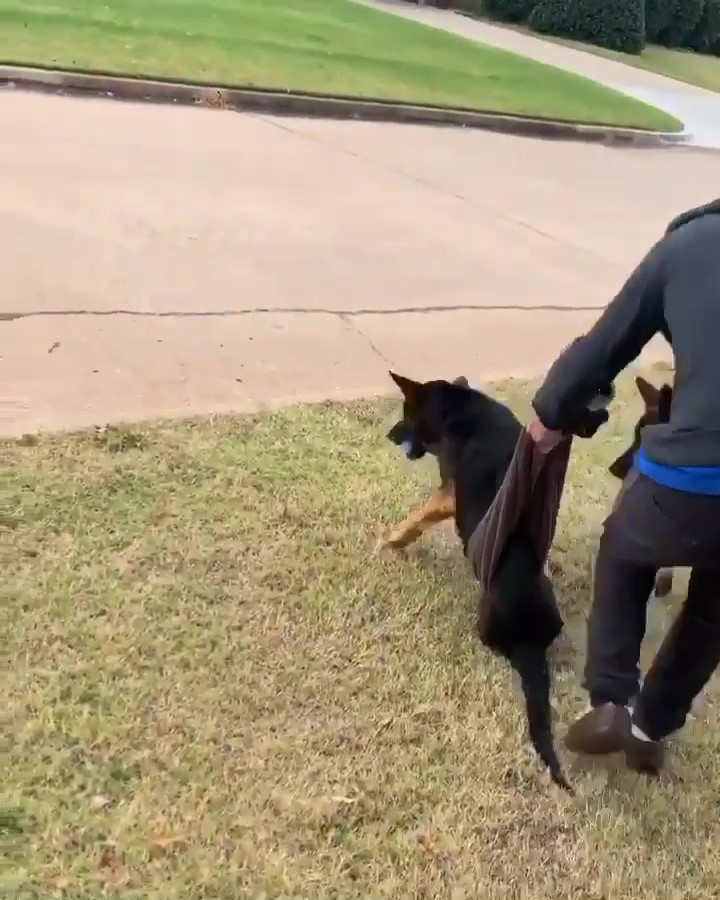 11. It was a complete shock to everyone that Doc was, in fact, able to walk! 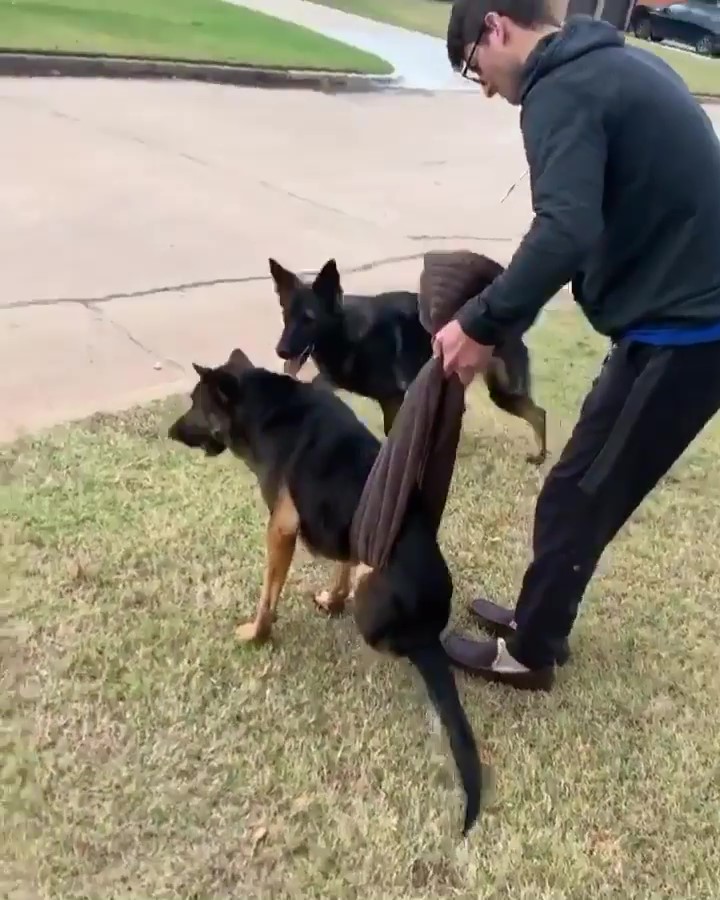 12. The couple was ecstatic to get confirmation that there was really hope that he could walk normally one day.

The couple was over the moon with happiness and they immediately told the vet this great news on their way back home. It was obvious that this disease had a cure and that it was not permanent as the vets have told them, it was pretty clear to the both of them that Doc could actually recover from this. They just needed a sign and Doc showed them the strength they needed to see, it was all the confirmation they needed to have staunch hope in him being able to walk properly one day. The bandage technique turned out to be a success so they began to practice it to stimulate Doc’s muscles bit by bit. 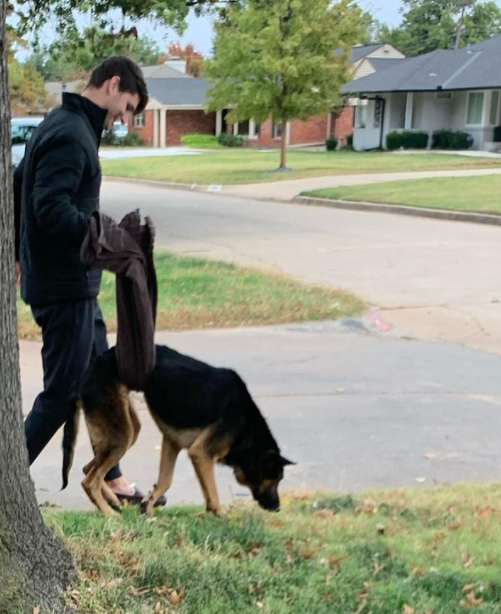 13. Even though, it was too much time-consuming and exhausting but they did not lose hope. 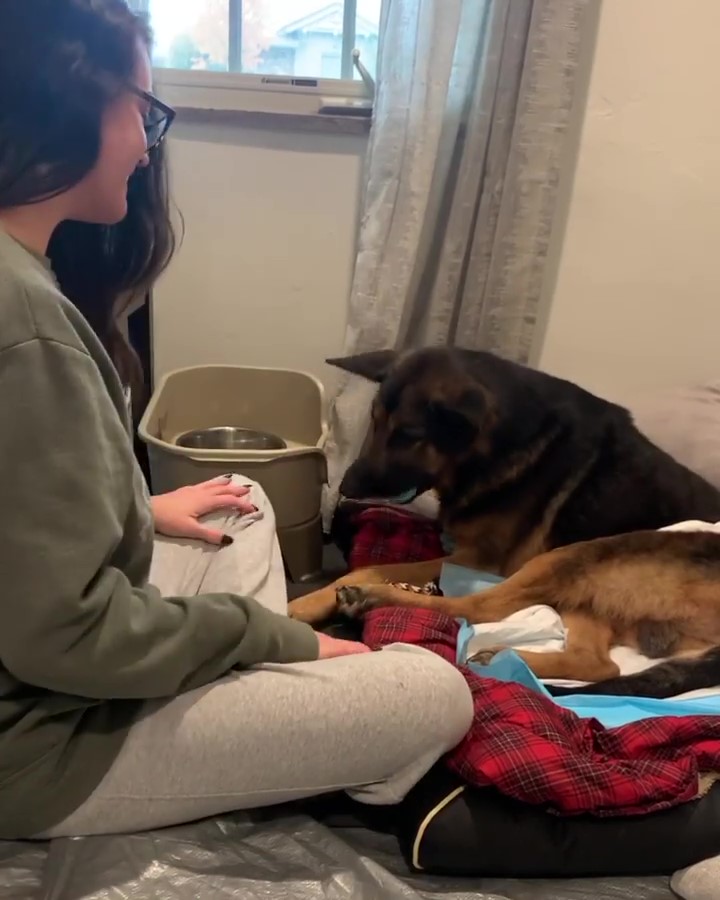 14. The couple played with Doc and took him on walks so he could make as many muscle movements as possible. He really needed exercise.

At first, Doc was not able to walk on his own. He was not able to even stand on his own, let alone run. He still needed someone to support him with the bandage in order to stand and to take a few steps. Slowly but gladly, after receiving undivided attention, love and extreme care from the couple that Doc desperately needed, he soon started to do all the things he used to do with the help of the bandages. He was finally able to walk on his own! 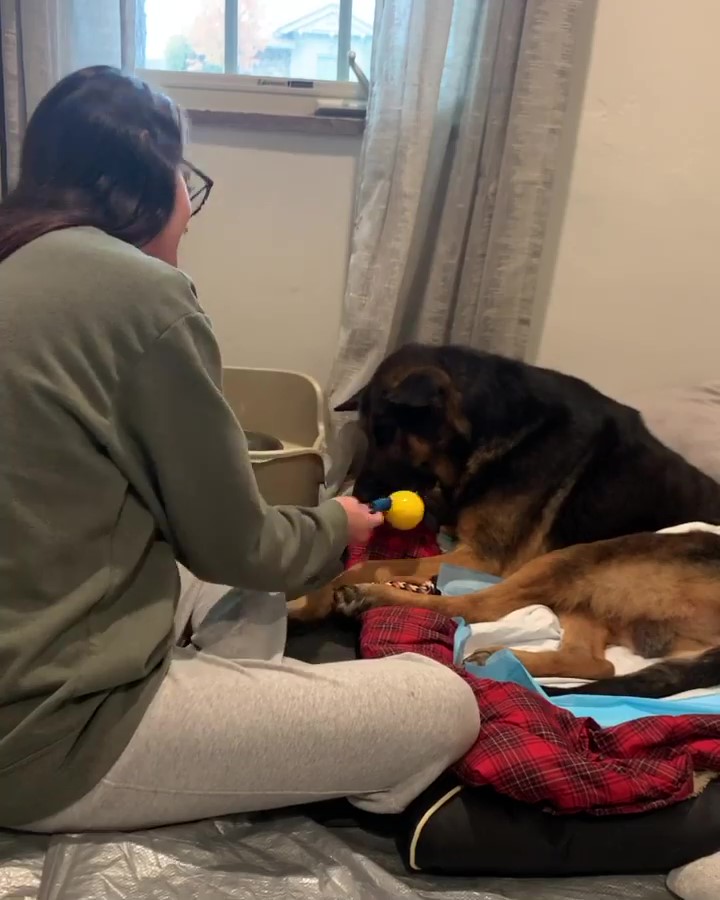 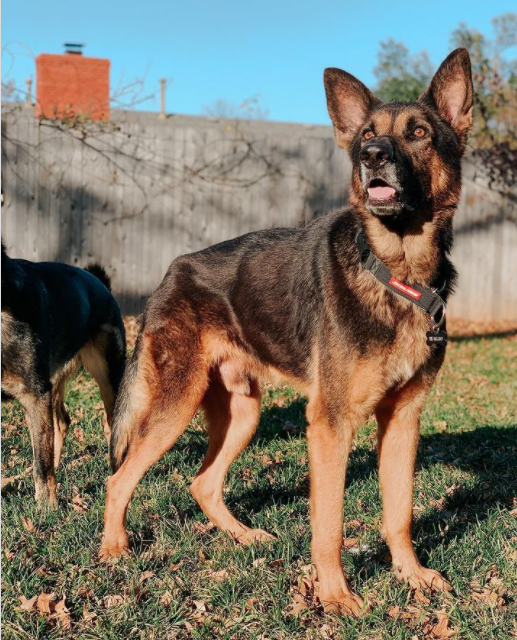 16. I just love how this couple gave Doc a whole new life and a much better one.

They proved everyone wrong, they showed them that the power of love is bigger than any science. You can do the impossible if you have faith and hope. Even when the doctors could not help him, gave up on Doc so easily with assumptions that he was disabled for the rest of his life, this couple managed to prove them all wrong. They set a great example to never give up. 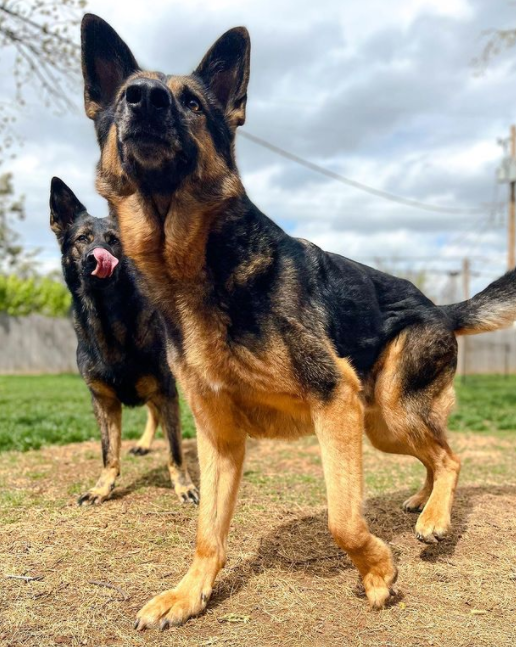 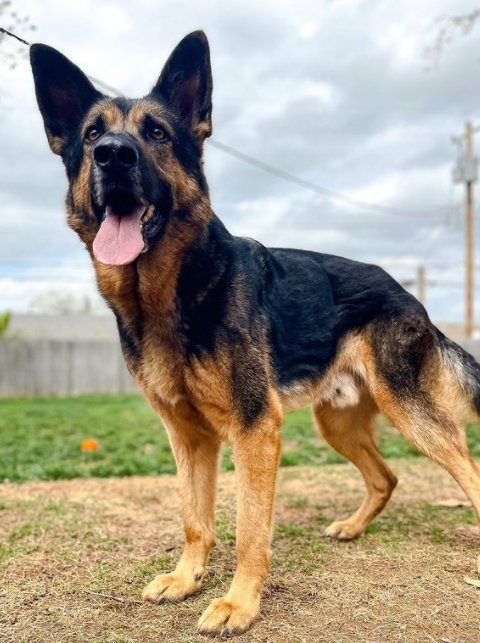 18. It is really unbelievable that the dog who had a disease that disabled him permanently is now able to walk normally. 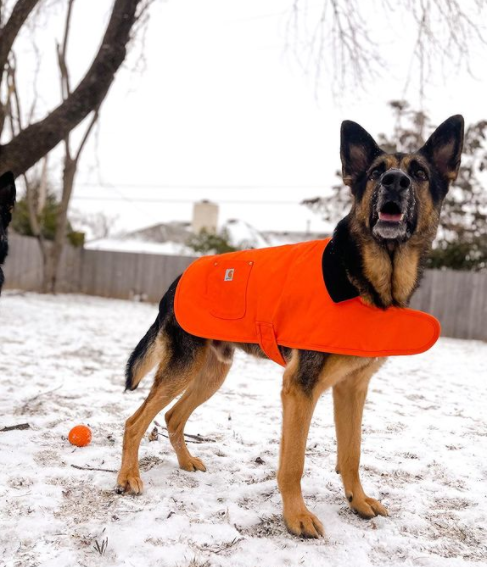 19. This is the happy ending, guys. A story with a heartbreaking beginning but a beautiful end. 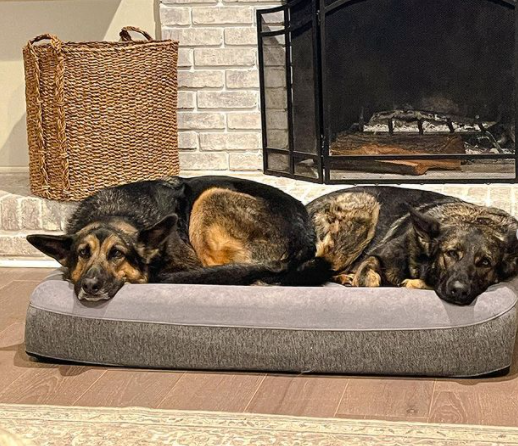 The couple is currently in the process of getting the specialized halters for Doc that would give more support to his hips. They are also planning on getting a pair of wheels so he could move with more ease and so he can withstand the pain that the weight of his body causes on his legs. May this dog get well soon! Have you ever adopted a dog? Tell us its story in the comments down below…