We are back with some more dog ratings.

I am sure you have seen the Twitter account ‘We Rate Dogs’ making waves on the Internet. If not, I have only one question ‘have you been living under a rock?’ Because anyone who even remotely likes dogs has visited this account at least once. And as you can tell by the name, they rate dogs. We have even featured some of their most hilarious images on our website before which you can check out here.

However, they have not stopped working since then. So there is no surprise that we have a lot more dog ratings for you today. They have the best rating system as they don’t do any doggos dirty. After all, we all know every doggo deserves a 10/10 for being a good boi. So scroll on below and take a look at what ratings this account has given to the following adorable dogs.

#1 He is just testing the water for now. He will soar in the sky quite soon. 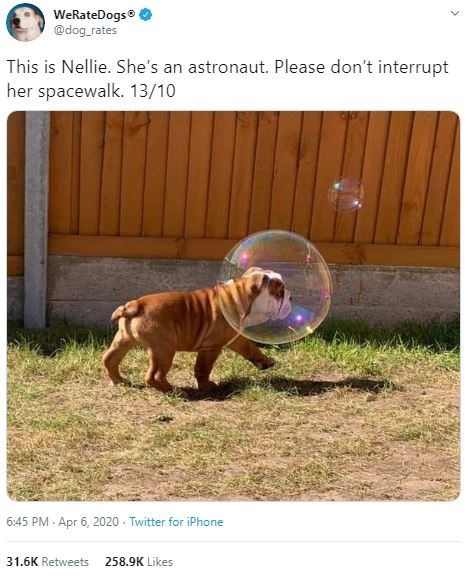 #2 Is this photoshop or reality? 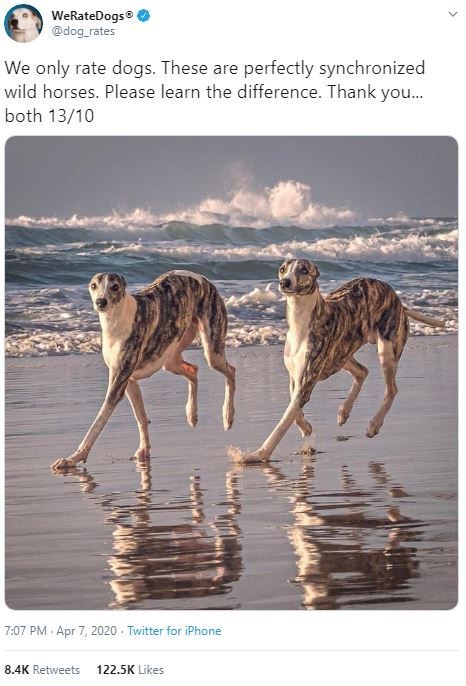 #3 Okay, so now I am in the mood for some delicious pancakes. 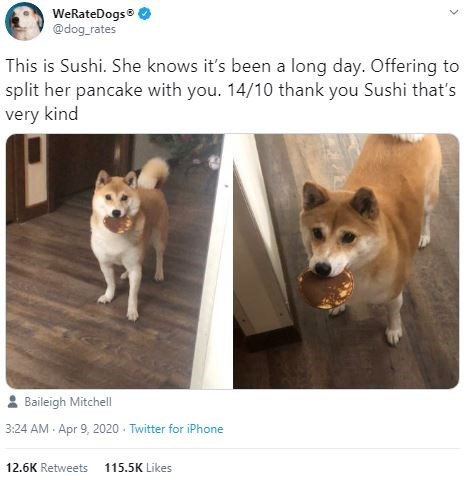 Putting aside the adorable name for a second. She is also such a good girl. I would never share my food with anyone but here she is. This is why dogs are the best and nobody can dispute that fact.

#4 I would love to be the bag right about now. 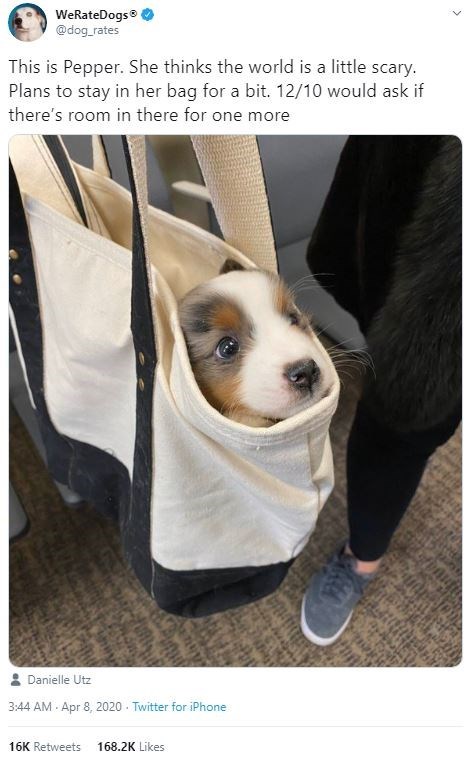 #5 I think something in my mind just broke because of the cuteness overload. 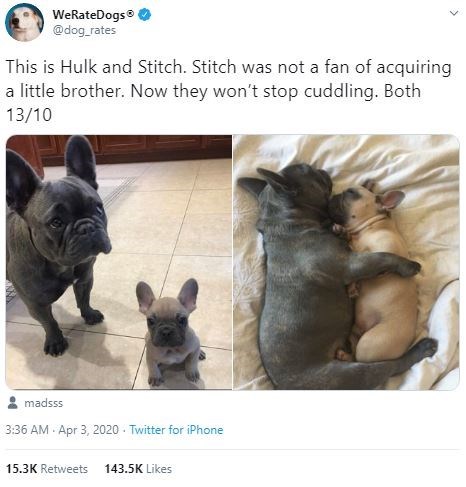 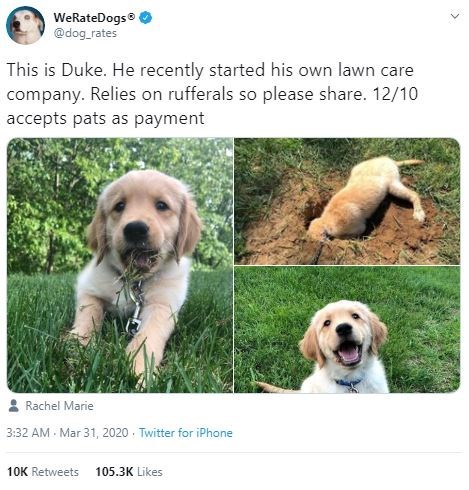 #7 Who doesn’t like the spinning chairs at the restaurant? 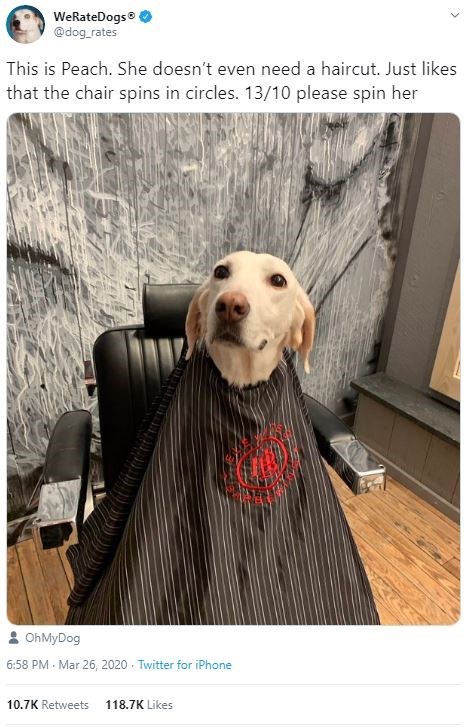 Thankfully there is another similar chair known as an office chair which I thankfully have. Would rate the spinning quality 8/10. I think this doggo would approve.

#8 Sometimes we forget to put on our ears in the morning. It happens, no big deal. 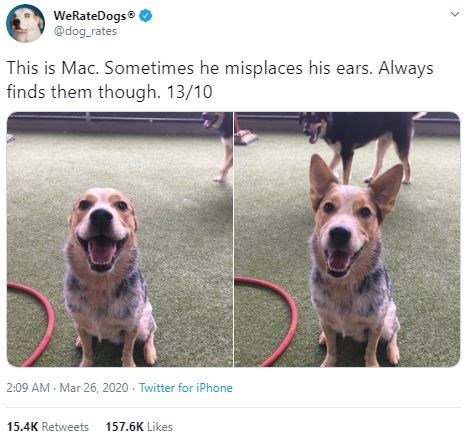 #9 At least he didn’t go full Brittany and shave his head. 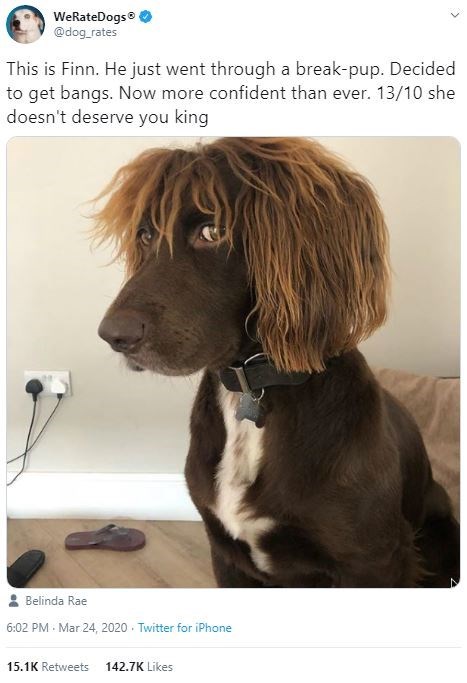 #10 He is hungry and needs some food. 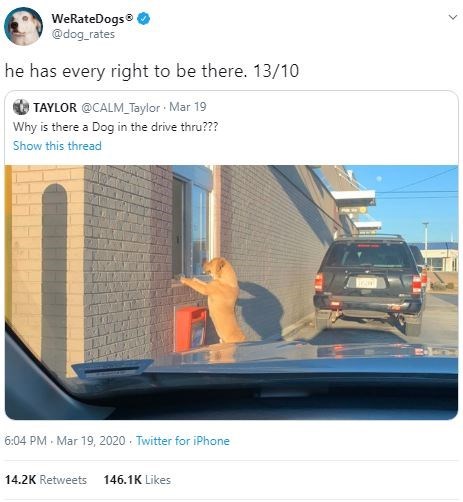 #11 Okay, this is adorable and heartwarming. The best combination. 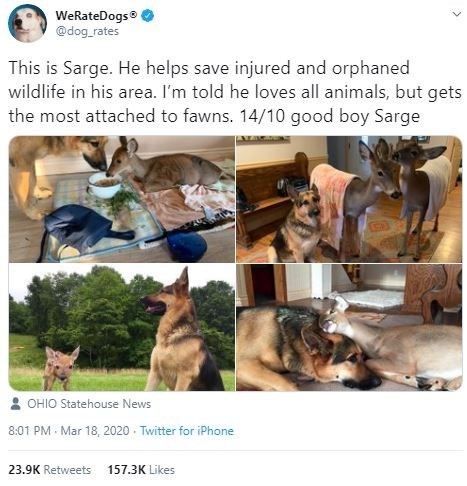 #12 Sharing is caring after all. 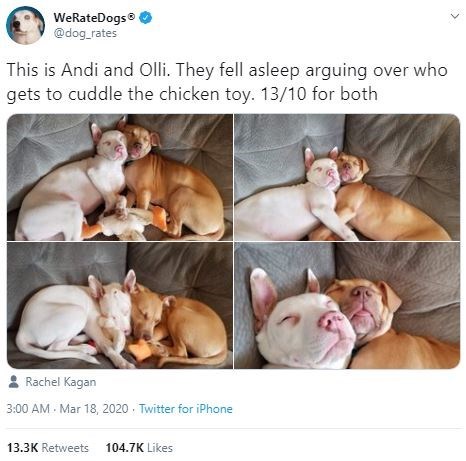 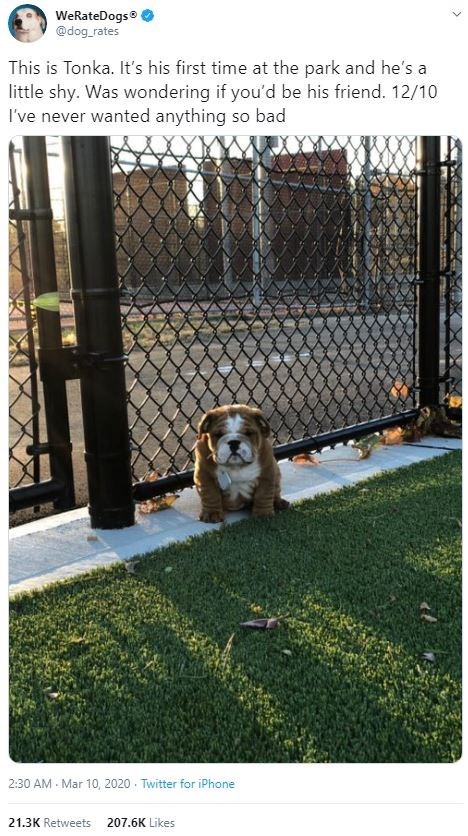 #14 Student loans are nothing to scoff at. 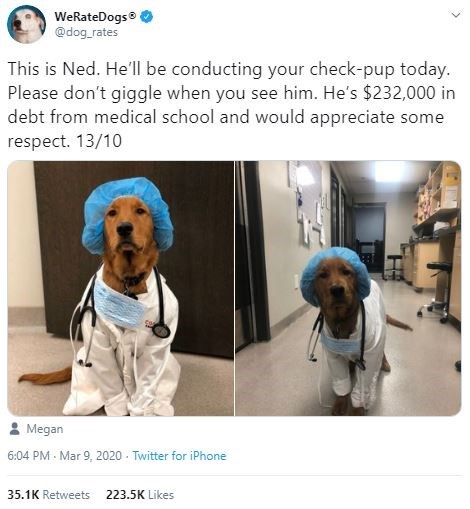 #15 This practice will definitely pay off in the long run.

This is Bogey. He was pupset about the Olympics being postponed until he realized that’s just more time to perfect his routine. 14/10 pic.twitter.com/uAcw789Z1z

Did these make your day just a bit better? Do you think the rating system did all of these doggos justice? Let us know your opinion in the comments below. And don’t forget to share so others can join in as well.