Karens should stop getting into other people’s business.

I have no idea why they won’t learn their lesson by now. Everyone has their own right to live and nobody should get into anyone’s business. However, any place where an active HOA exists, it seems like it manages to attract all sorts of Karens who are hungry for power.

These sorts of people already have a taste for power and an HOA board just gives them all that they could ever want. And this means they can ‘legally’ mess with other people’s lives and nobody can do anything about it. Today we have one such story. You see, this particular Karen wanted one guy to be kicked out and she had an eye on him for the longest time.

Although what she got was not what she had expected. You can read the story by scrolling below.

First, we have a bit of a backstory on the guy. 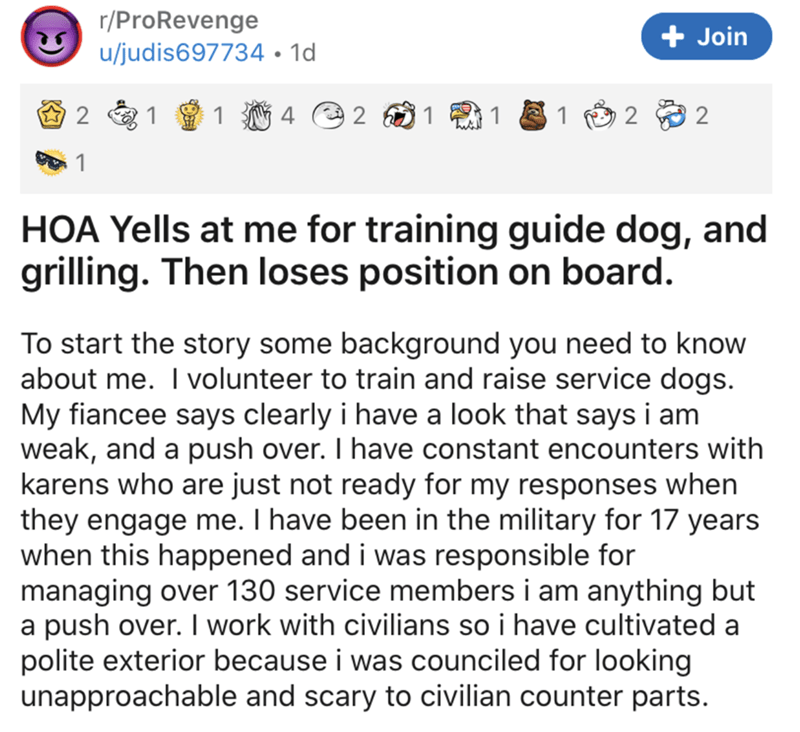 O seems to be a great puppy and deserves all the treats.

Things were going quite well until he heard a banshee scream coming from behind him. 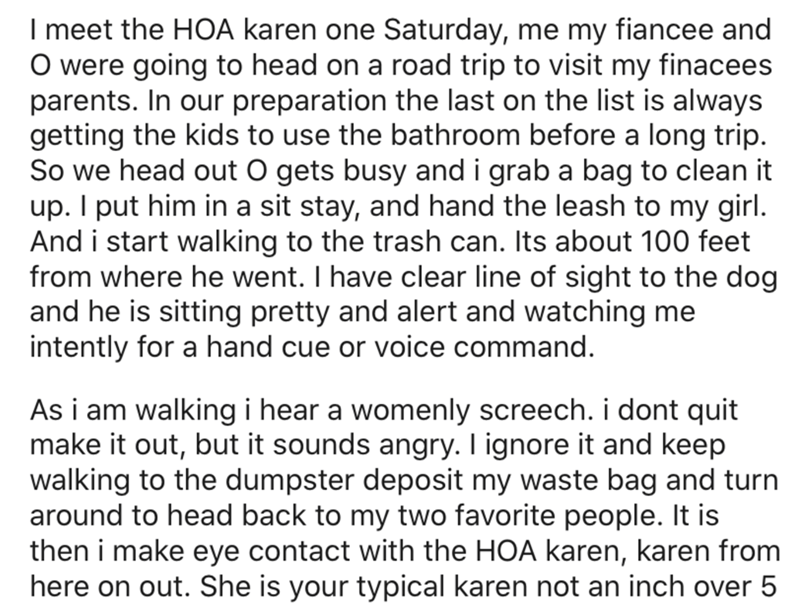 Was she blind as well? Could she not see the leash? It wasn’t a clear leash, right? 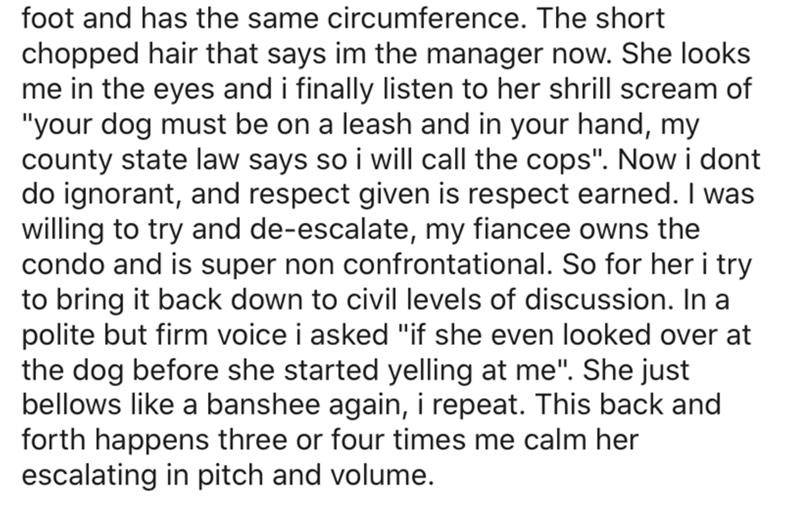 Thank you for what? For making his eardrums bleed? 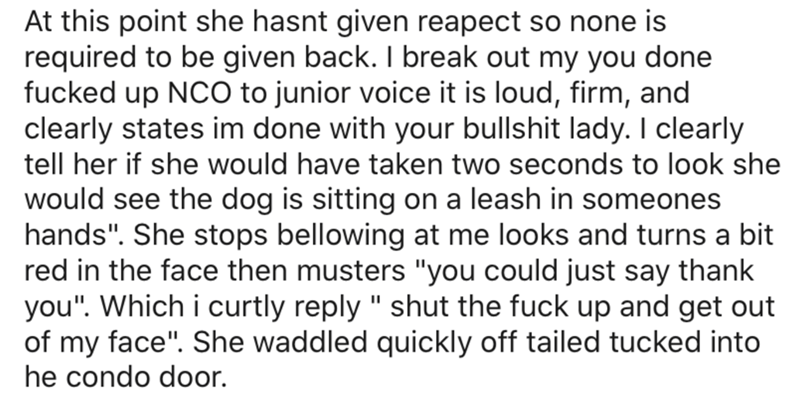 Honestly what she have against him? What did he ever do to her? 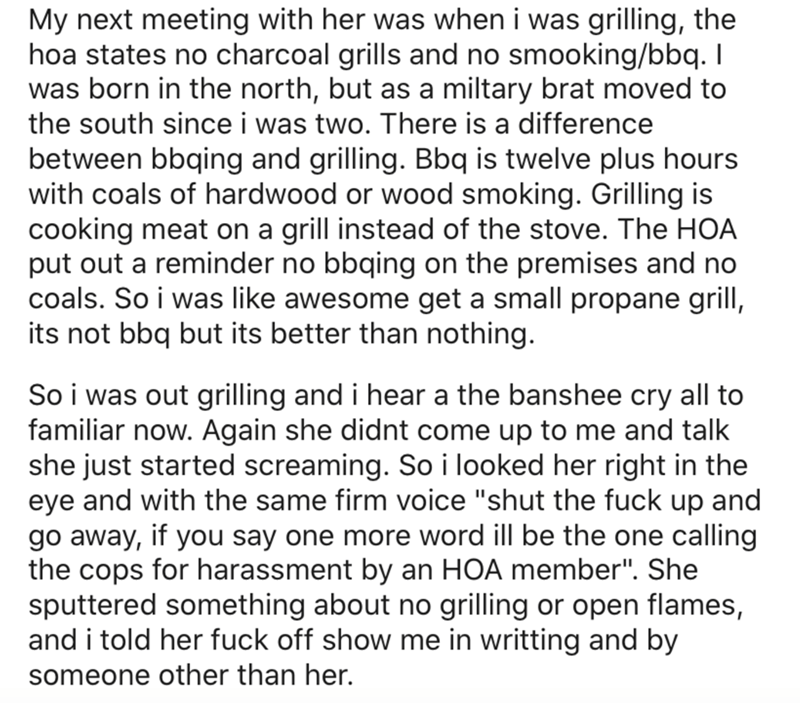 People like these always play the victim when it comes to any sort of authority. 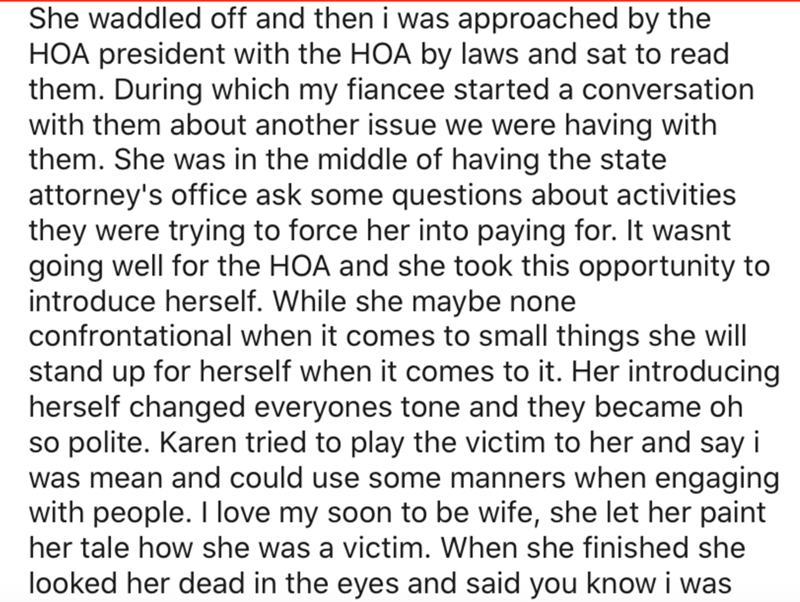 The HOA wanted him to follow the rules so he decided that is exactly what he was going to do. 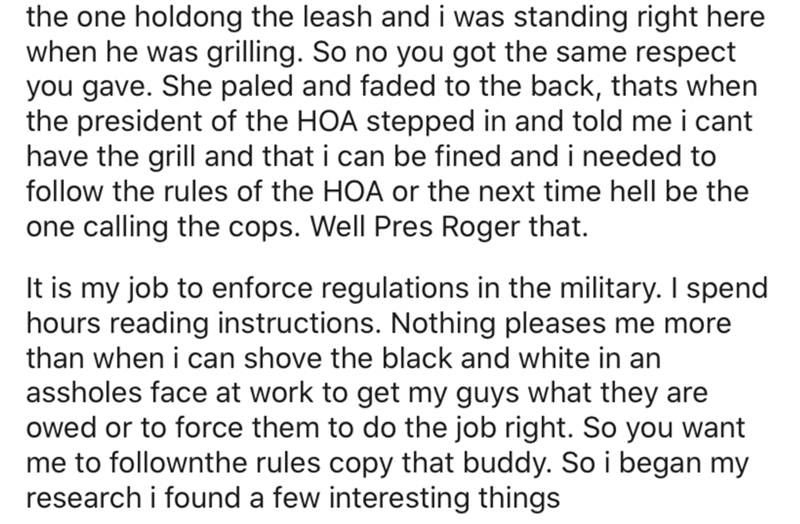 Software developer here and I LOVE technicalities like this! It appears that those who go for being on the HOA board are the Nosey Nellies that like to get up in everyone’s business and tell them what to do – and being on the board they wield it like a weapon. Personally I think all HOAs should be illegal but until they are, folks need to stand up to them. –hdmx539

He started reading all the laws and regulations that would help him execute his plan.

And he found a few interesting things. 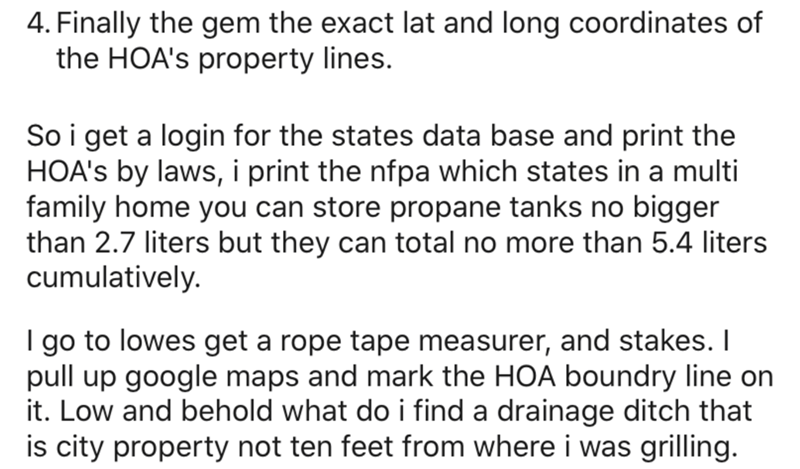 This guy was going to do it the right way so he got the permit. 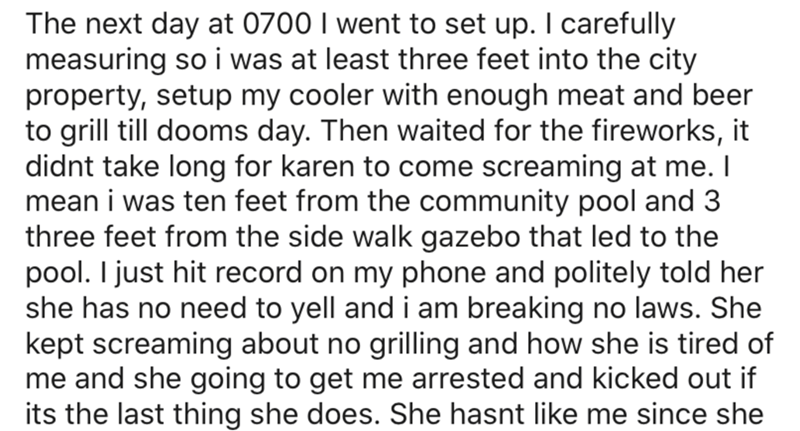 She thought she had won when the police came. 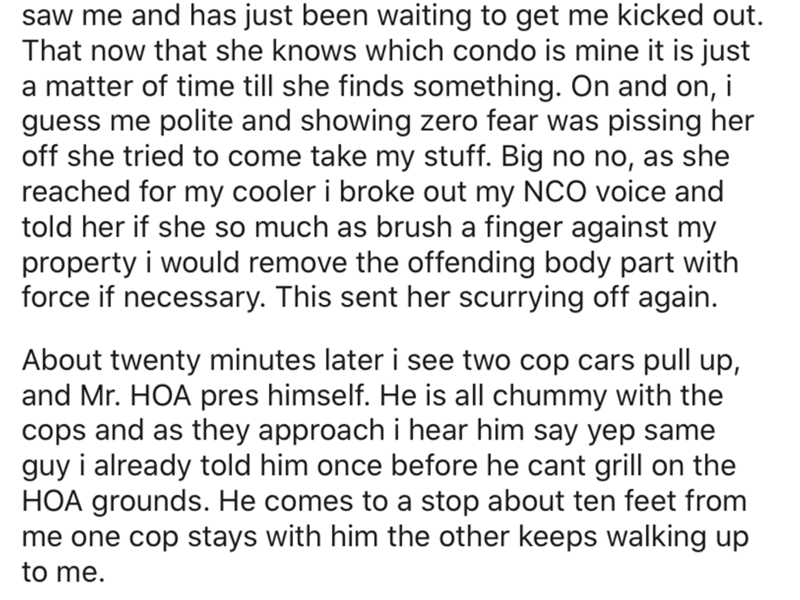 But the grin on this guy’s face made the police falter a bit. 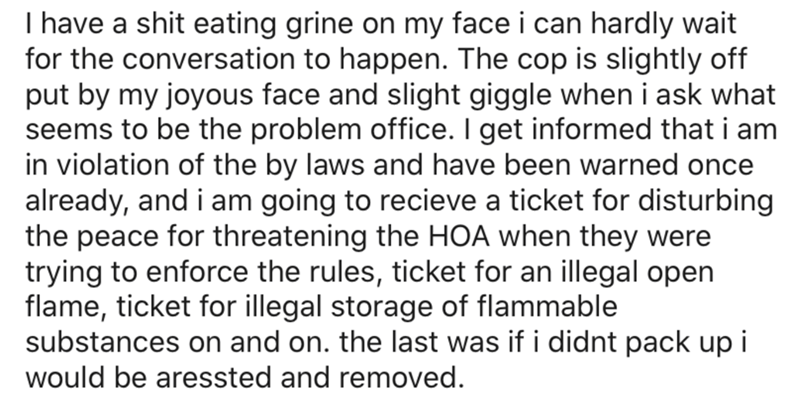 Honestly, they deserved a bit more than what they got. 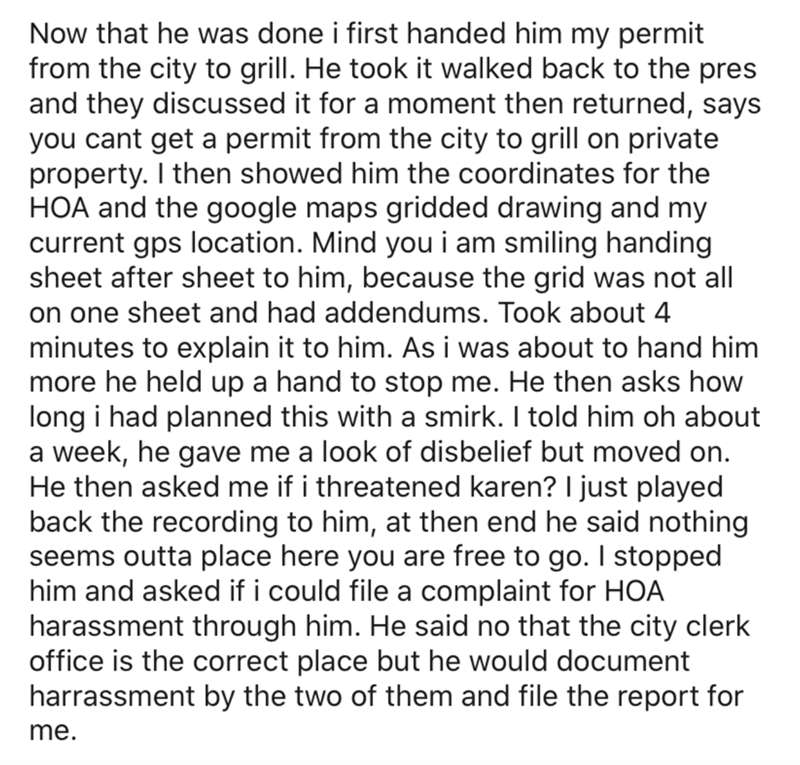 I agree HOAs for houses are almost always a terrible idea. However, for condos, they make more sense. A condo owner (at least in the US) only technically owns the interior of the condo. The exterior is a shared space, and is owned and maintained by the HOA. They are responsible for fixing the roof, painting the walls, maintaining any shared grounds, etc.

As for grilling and such, it’s probably out of fire concern. A building in my condo complex burned down because someone left a grill unattended on their balcony. There is now a rule against grilling on balconies. They made a good compromise, though, and installed some good-quality grills on the grounds for residents to use. –JoeyJoeJoeJrShab

I really wanna see her face when he grilled meat in front of her.

What are your thoughts on this story? Do you think this revenge was just or did the Karen deserve more? Comment down below and let us know.