These people take cluelessness to a whole new level.

Don’t get me wrong, everyone has their dumb moments. After all, a brain fart is eminent in every person no matter how smart they are. However most of the time, there is a limit to how clueless you can be. These people however have crossed it ages ago. Whether this was a one-time thing or they experience it regularly I am not sure.

But what I do know is that the following stories are hilarious. You see it all started when one Reddit user asked the Internet the interesting question ‘What was your “This person is on another level of stupid” moment?’. As you can probably imagine, people had a lot of stories to share. And today we have compiled some of the funniest and unique experiences that are sure to make you chuckle.

#2 How would a left-handed shovel be any different?

#3 I think I am going to have a lot of speechless moments today.

#4 I have done a somewhat similar thing. 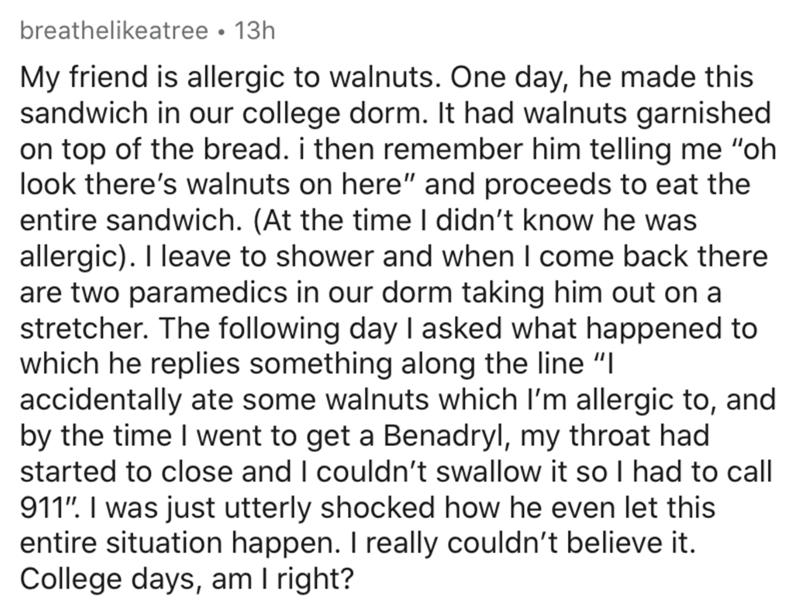 I was fasting and I clearly told my mother I am thirsty but can’t drink anything while I am pouring myself a glass of water. Yes, I drank it and realized midway.

#5 I can just imagine the elephants being herded into the building.

#7 I can’t follow the thought process of this woman. 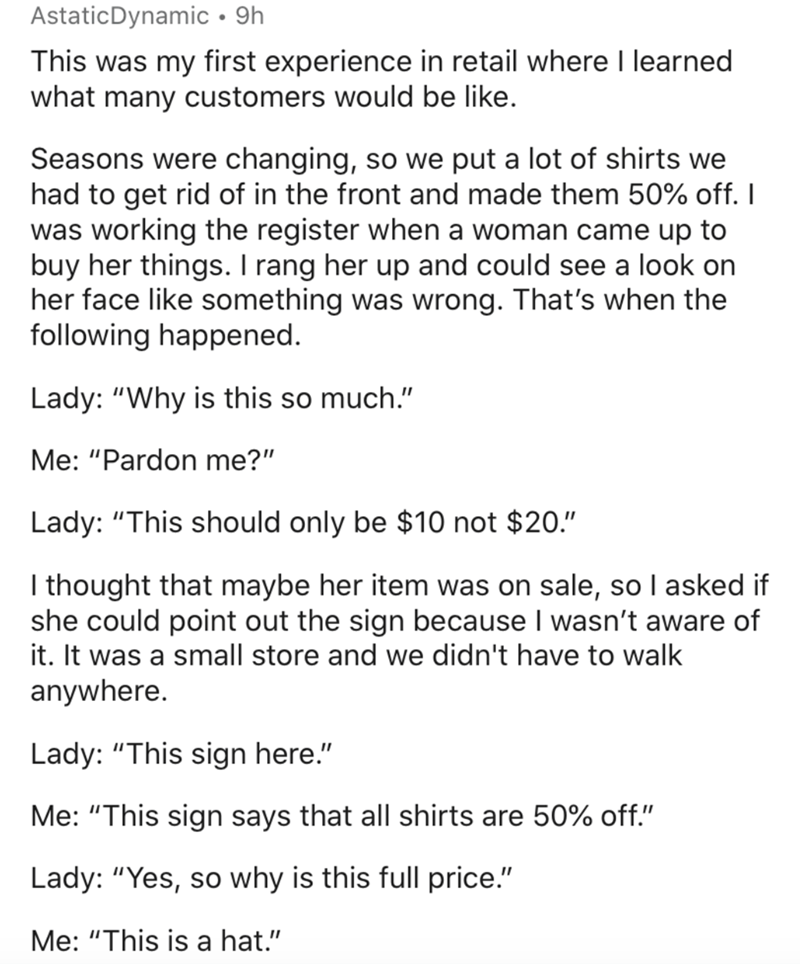 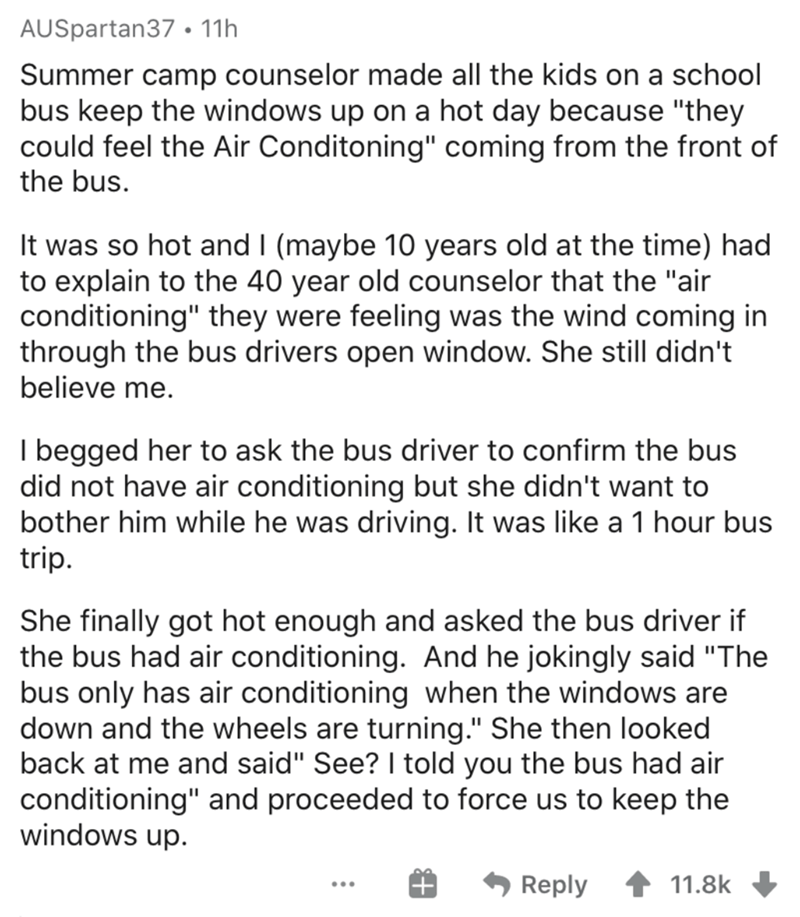 #9 Someone please take away the dogs from this woman.

#10 This girl needs to go back to middle school. 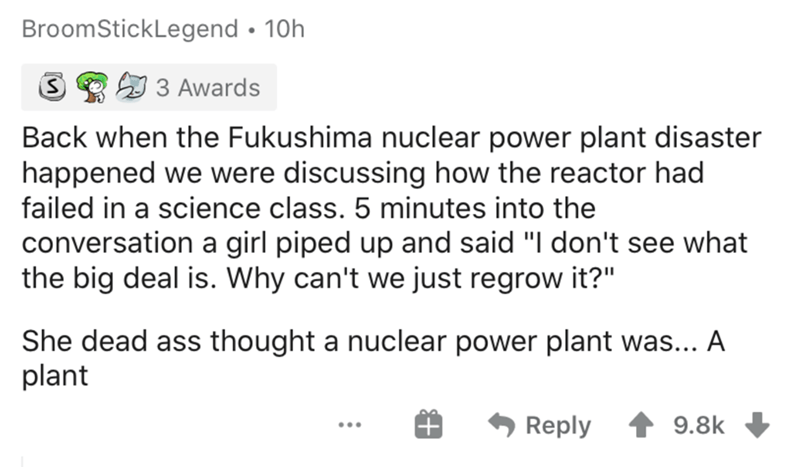 #11 This is why sometimes it’s better to step off your high horse to see how other people live.

#12 Don’t most vending machines have an option for paper money? 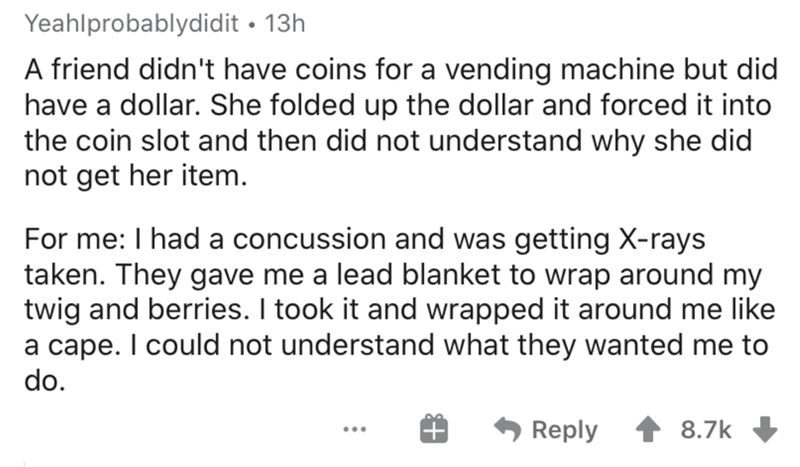 #13 At least you were there to help her. 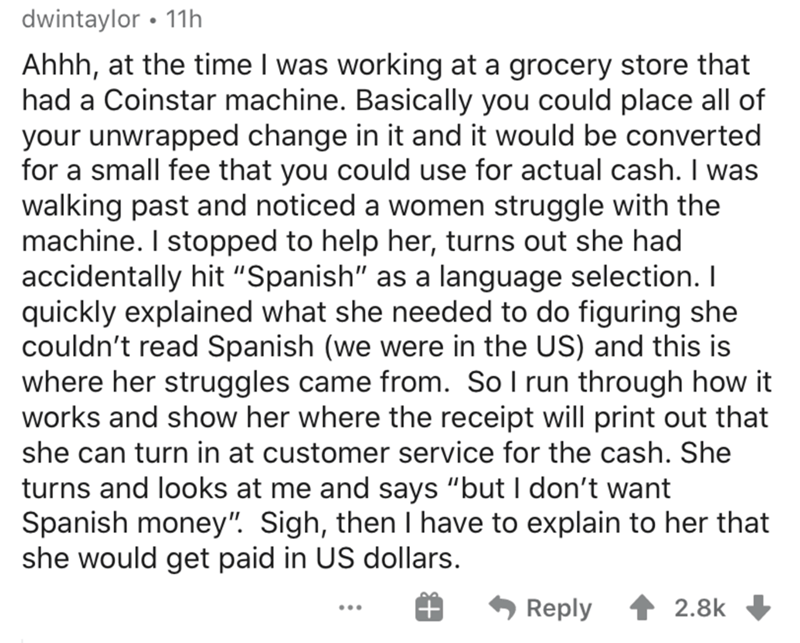 #15 That is how gas and air works, they leak. They aren’t liquid. 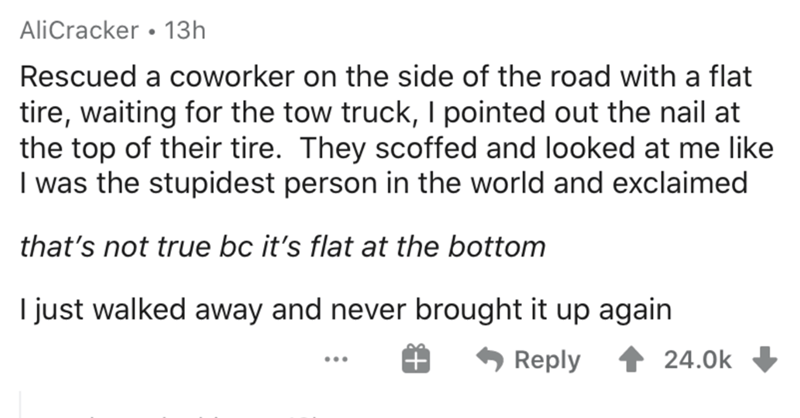 #16 I wonder what her face would look like when she realizes. 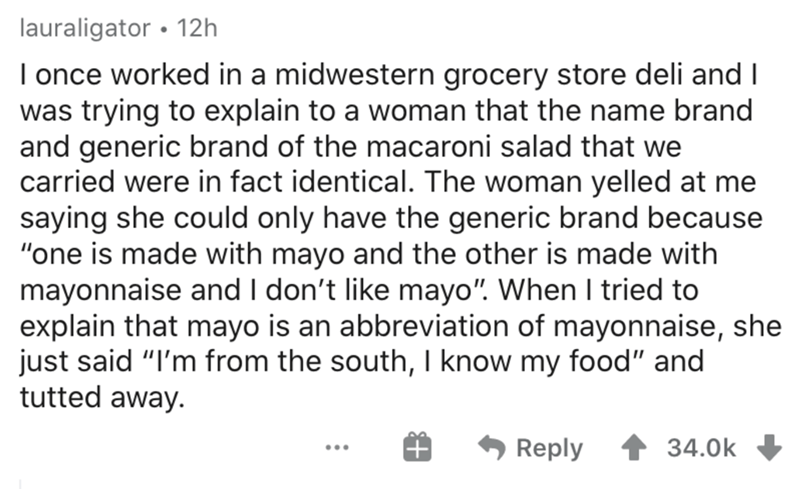 #17 What did he think french fries were made of? French people?

#18 This is a new level of stupidity. 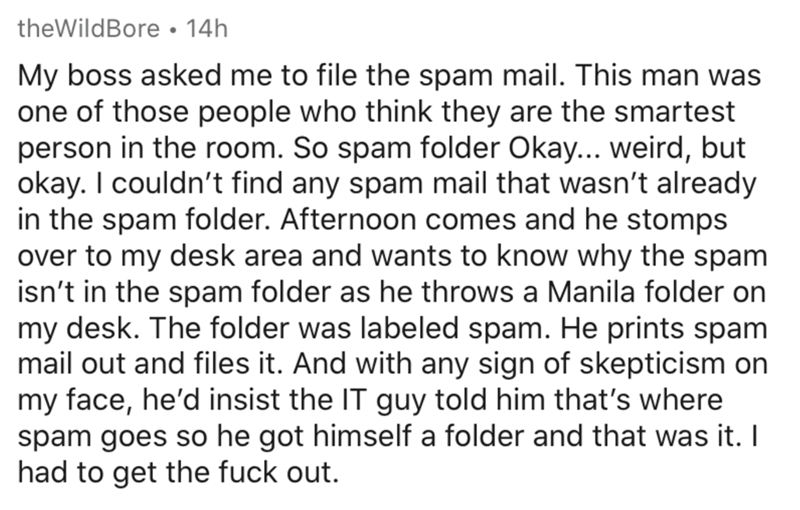 #19 Now I can understand why you were failing geography.

Speaking of geography a senior in my hs autos class thought alaska was an island south west of california, like its showed in pictures of the united states. The girl was 18 year old american and had never seen alaska on a globe. She was shocked. –Treblosity

#21 What’s so hard to understand about that?

#22 If only we could buy whatever genetics we wanted. Life would be easier.

#24 Germany is not a black and white movie you know?

#25 Why am I not surprised that they live in America?

#26 This guy is definitely not the brightest bulb of the bunch.

#27 Because there is such a thing known as cities and countries.

#28 She was clearly having a bad day.

I thought pickles were another vegetable. Granted I was pretty young when I realized pickles were made from cucumbers but it is safe to say my mind was blown.

#32 Did they know how you get a concussion?

#33 That is pretty hilarious if you ask me.

#34 Your friend was clearly having a brain fart. 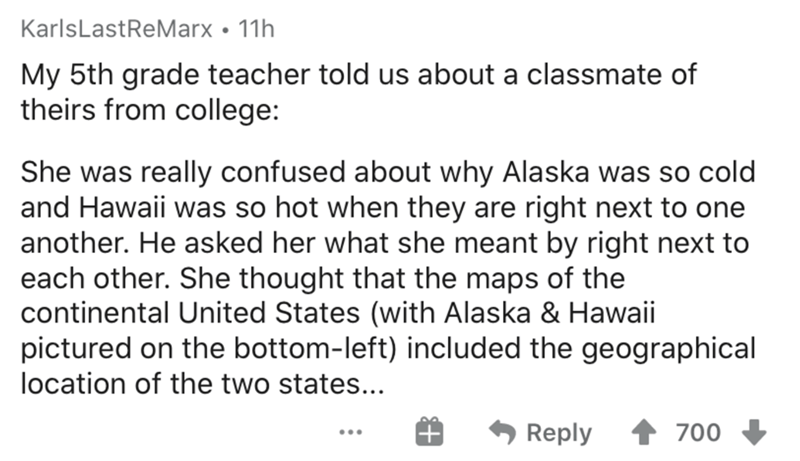 #36 Can you imagine seeing more than one moon in the sky?

Have any clueless moments about yourself or your friends you wanna share with us? Let us know in the comments below. Don’t worry we won’t judge.