Dogs can be hard to handle sometimes.

Dogs are naturally hyperactive and very playful. It is just in their nature. They want to run around and use up all the energy that is stored in them. That is why it is important to take them on frequent walks and have some healthy playtime with your doggo. However, you can not look after them all the time especially if you have to go to work or be away from home for certain reasons. So sending your dog to daycare is the next best option as you know that they will care for your dog and look after them just like you do.
However, even daycares have some rules and regulations. These are to be followed by all dogs to maintain peace and harmony in the daycare. If the dogs do not behave, there will be chaos everywhere. Of course, dogs do not intentionally want to cause damage. They are just naturally curious and mischievous so they just want to play around. That “playing around” can get them into trouble and have them expelled from doggy daycare too.
Twitter user Sophie Haigney shared that her dogs were expelled from daycare because they formed a “dog gang.” This tweet received a lot of feedback as a lot of people shared their own dogs’ experiences of being kicked out of daycare for similar hilarious reasons. This turned it into an amazing and funny doggy thread that you really need to see.
Scroll down below to see 35 doggos that got expelled from daycare for the most hilarious reasons:

2. They were just excited. 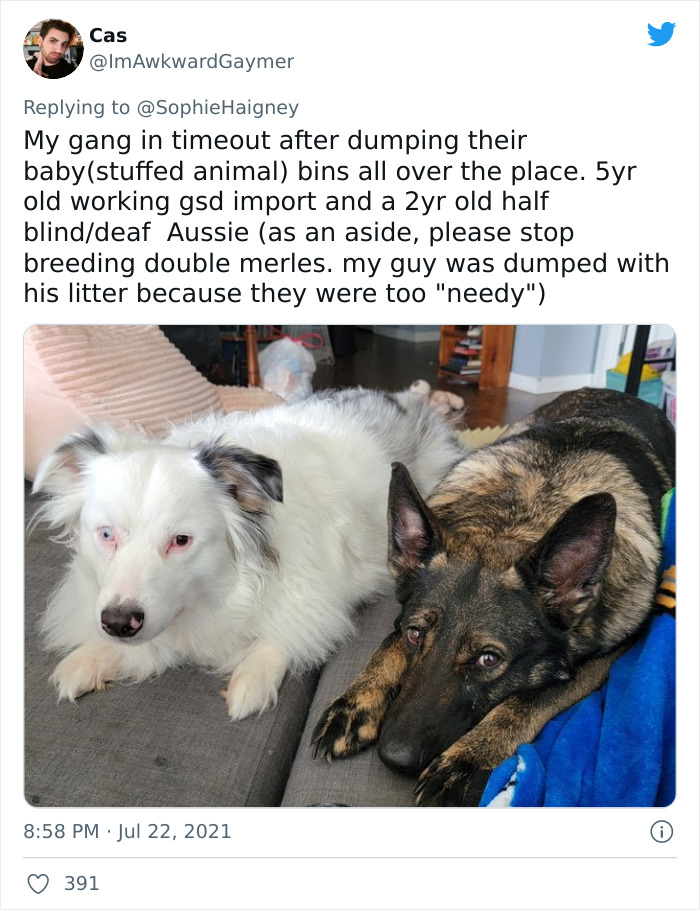 3. This dog is too good for daycare. 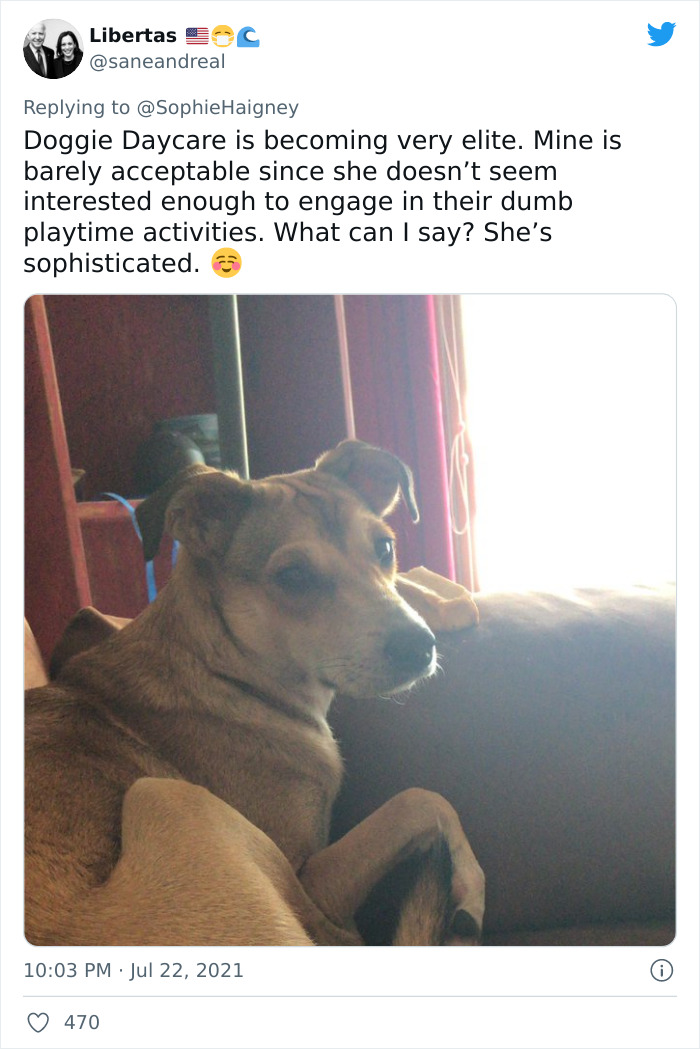 5. Expelled for being too loving. 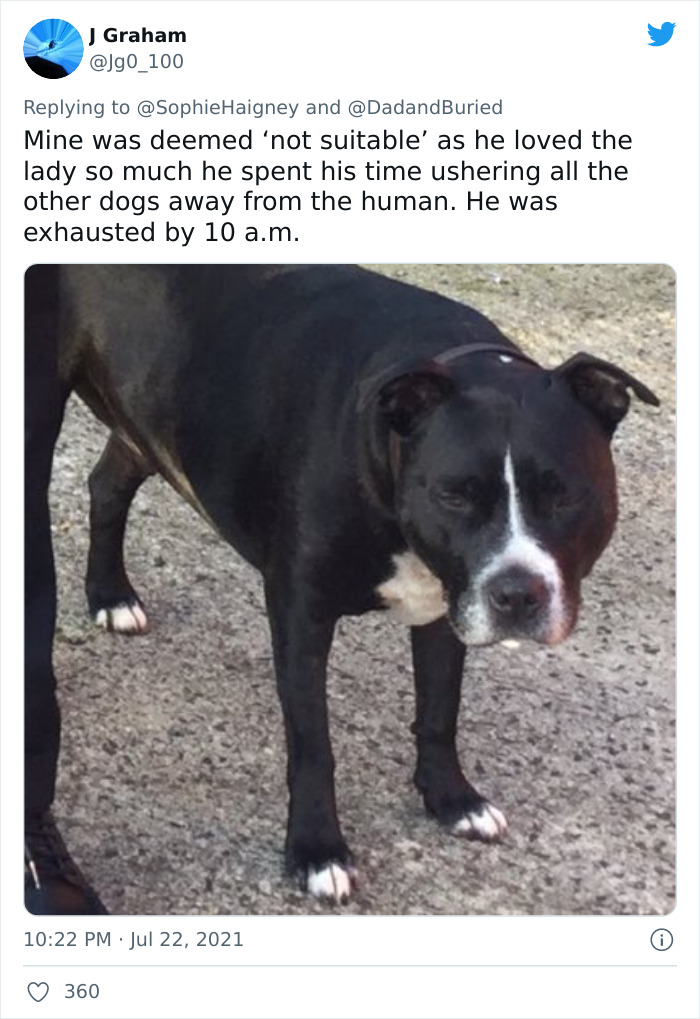 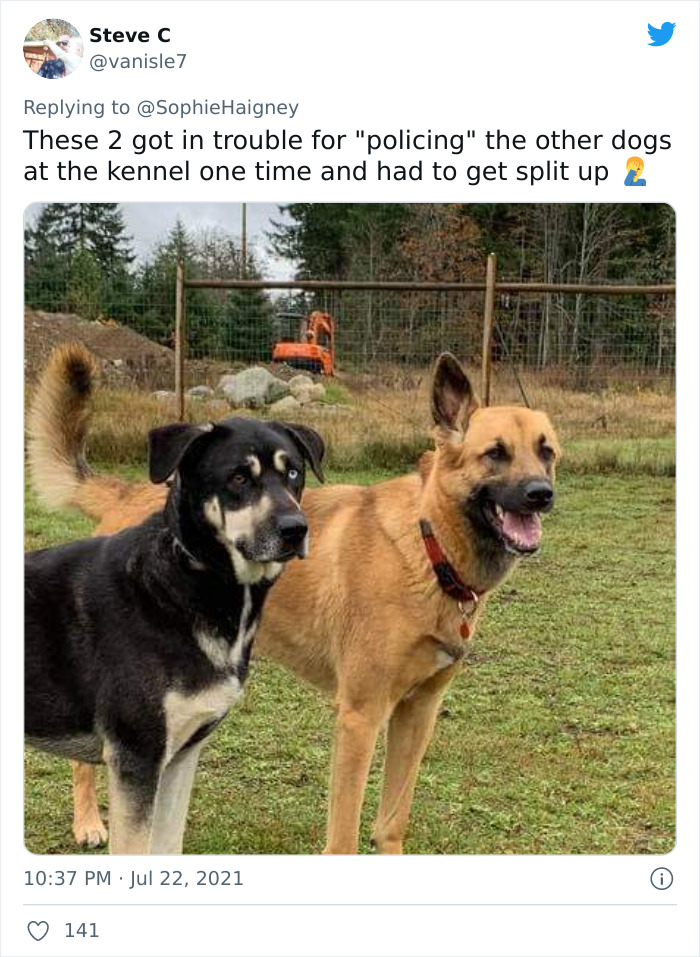 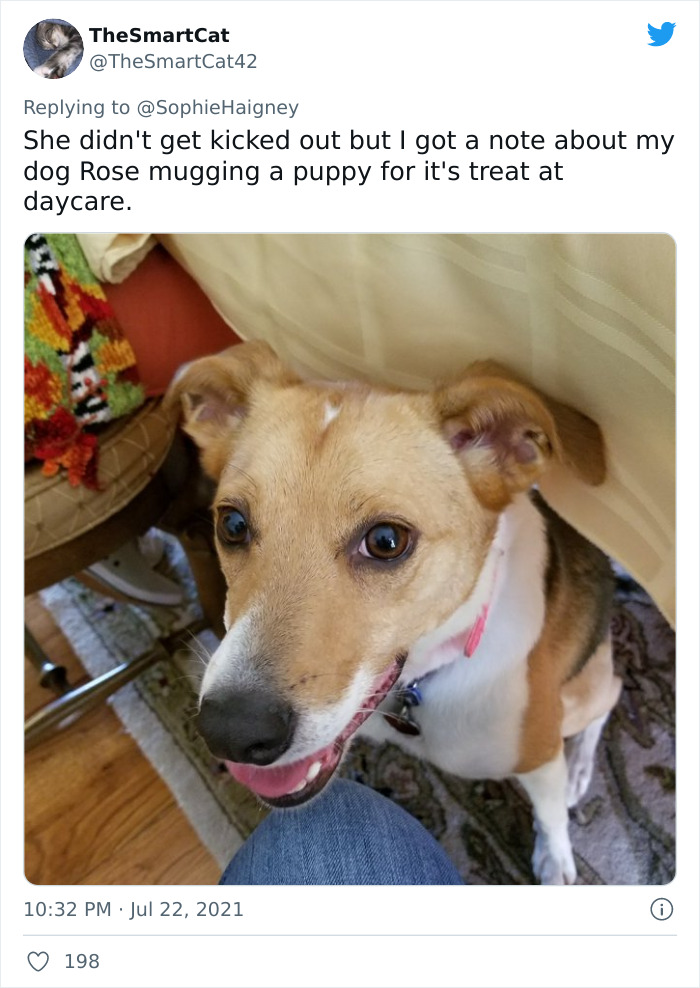 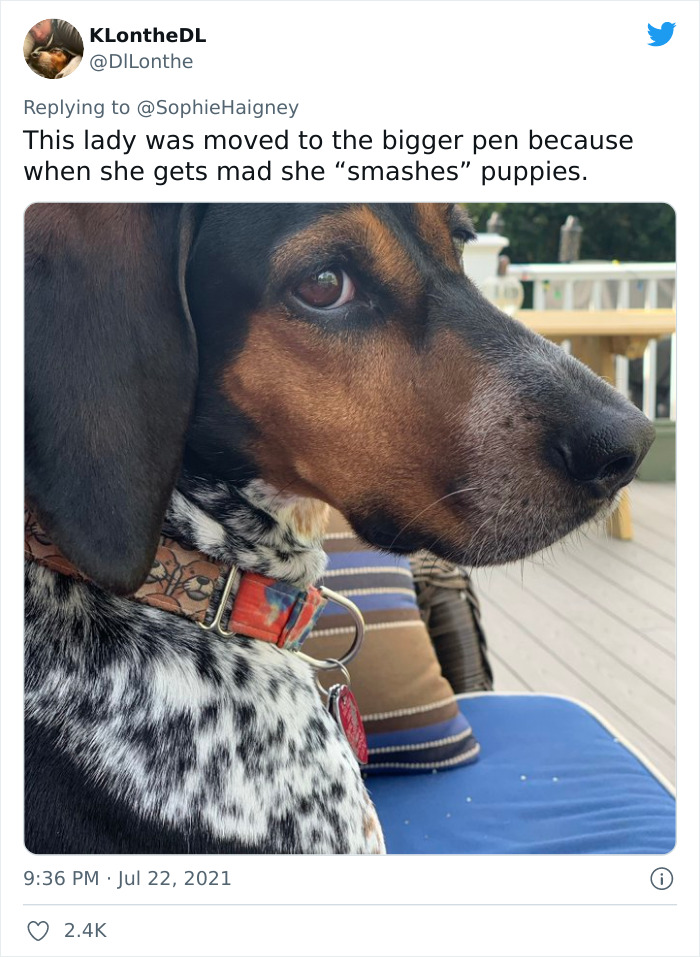 10. Expelled for being too pretty. 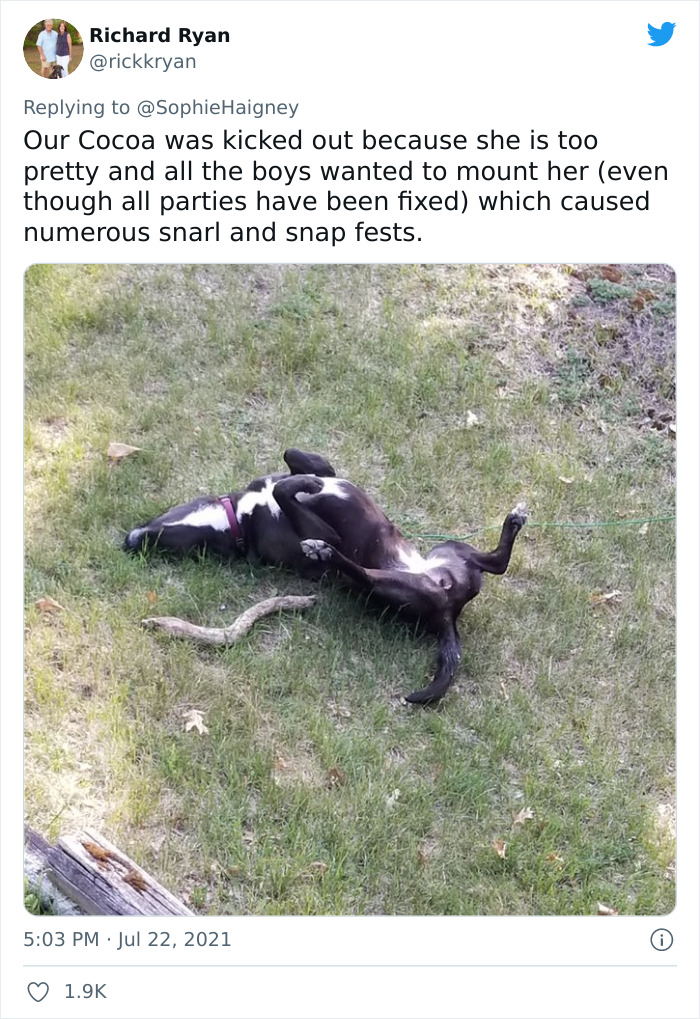 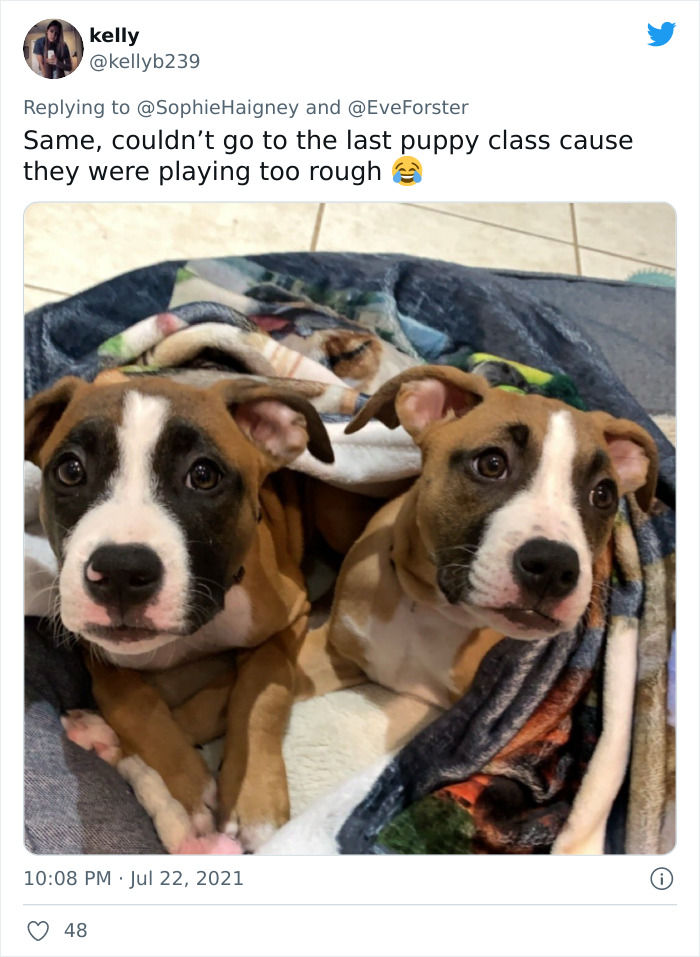 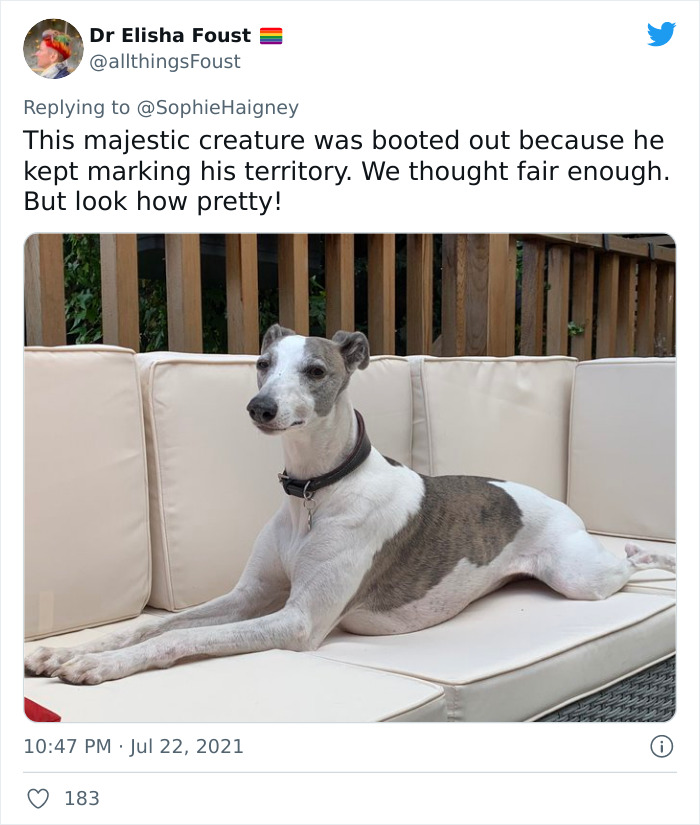 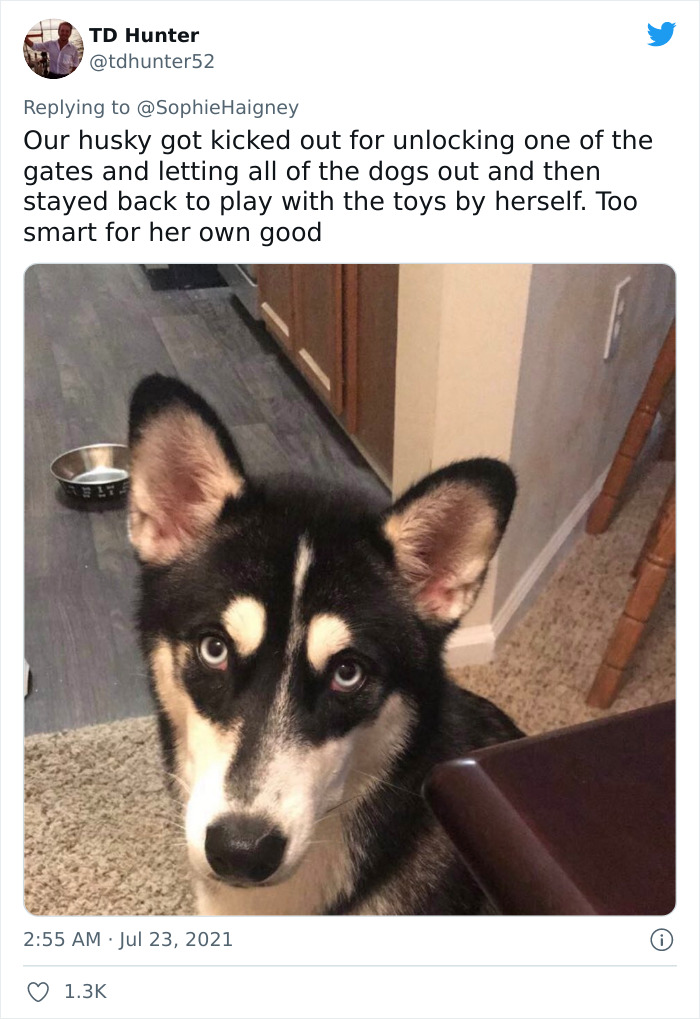 14. They were just doing their job. 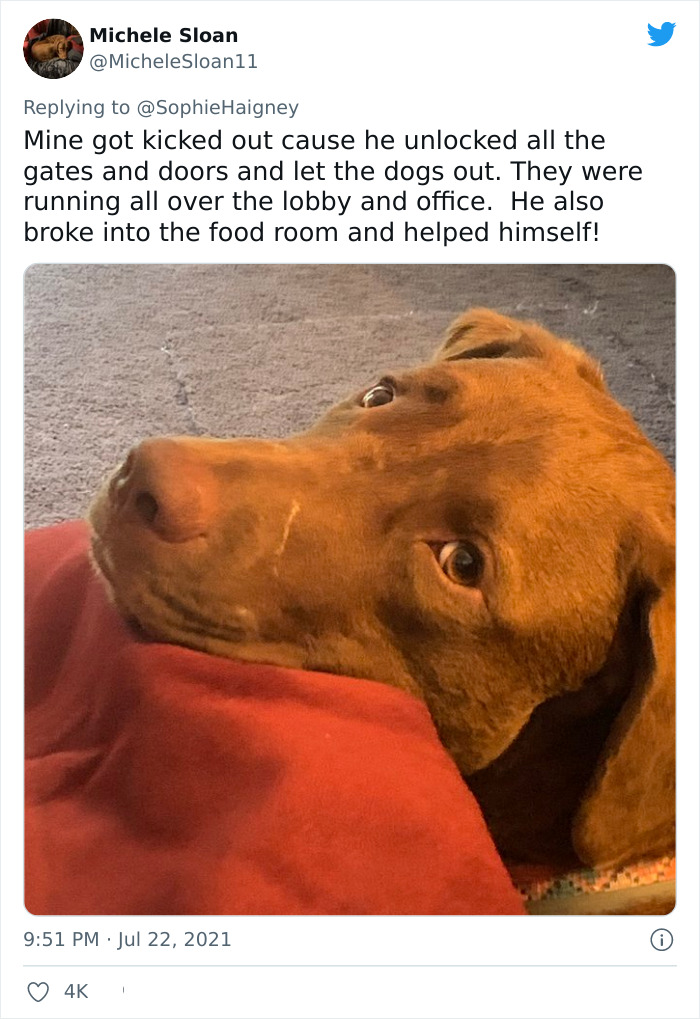 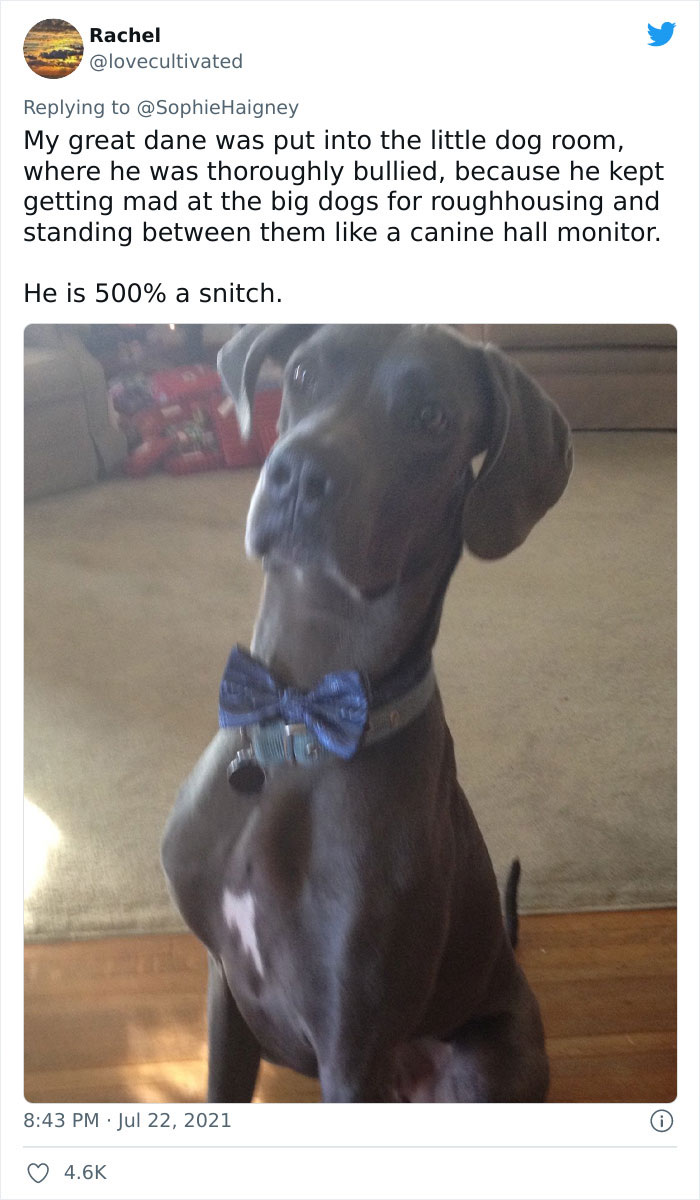 17. Separated for being possessive. 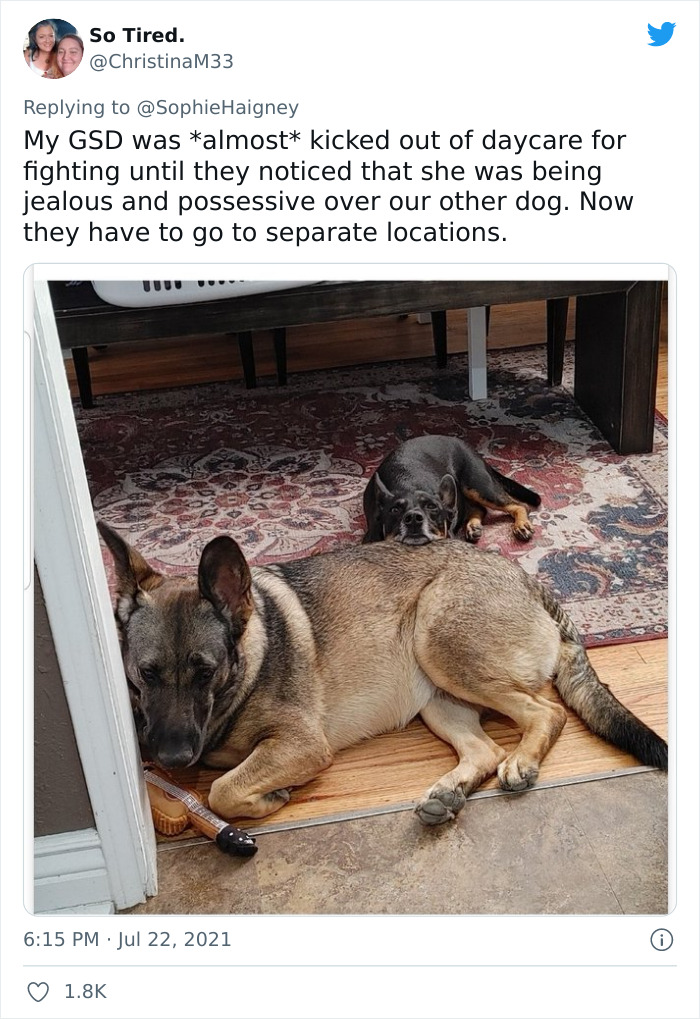 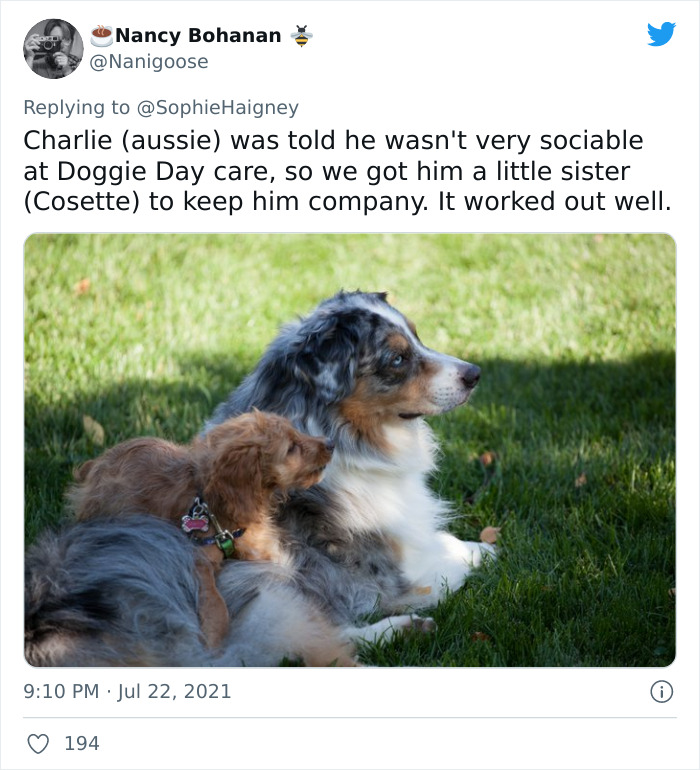 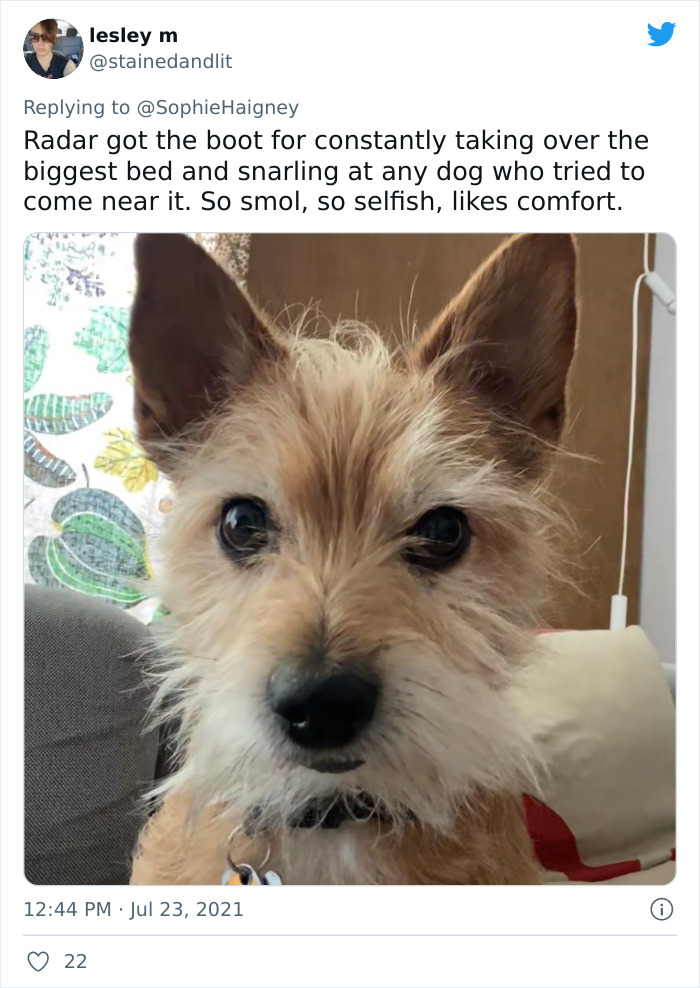 Canine to Five Detroit daycare explained to Bored Panda the most common reasons why dogs get expelled from daycare. They explained, “The most common reason a dog is dismissed from daycare is they are uncomfortable in a pack setting. We like to use the analogy that there are people who enjoy small get-togethers with friends, and there are people who love going out to nightclubs – Doggie daycare can be like a nightclub, so it isn’t for everyone.”
However, if you have good management and take precautions, there will not be chaos in the daycare. “We have our playgroups separated by age, size, and playstyle to ensure everyone is where they are most comfortable. We have a room called Serenity which caters to those who can’t keep up with the ‘clubbing lifestyle.’”

21. Wrong place to get admitted.

22. They cant keep him away from Otis. 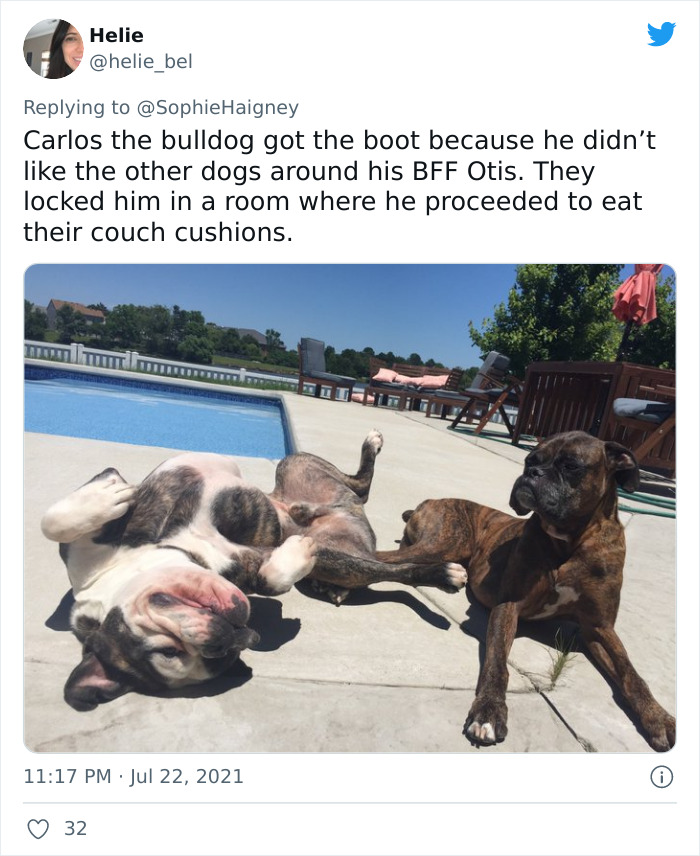 24. Glad they moved him there. 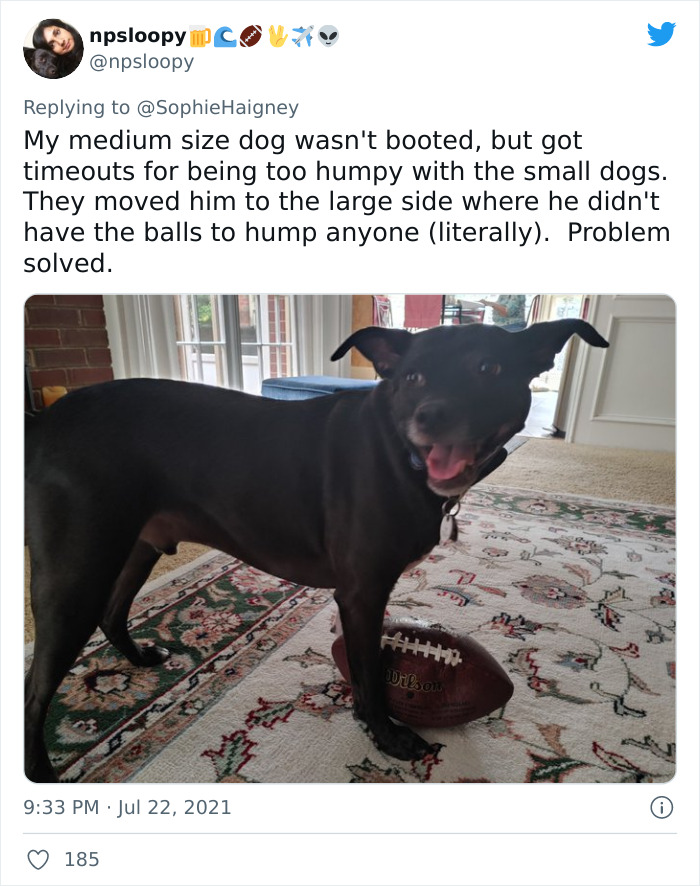 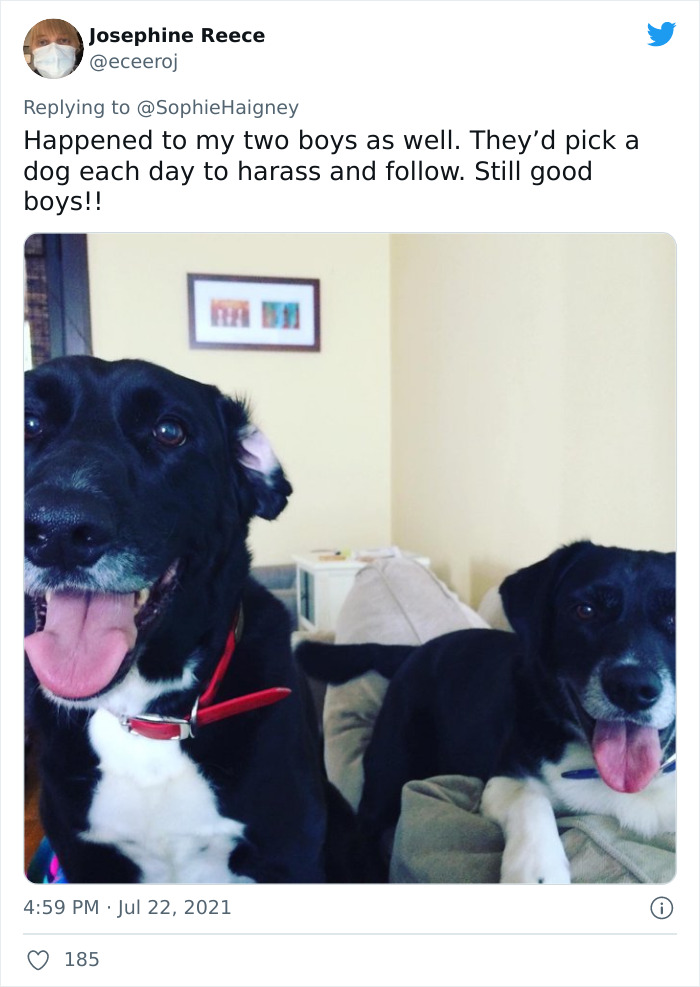 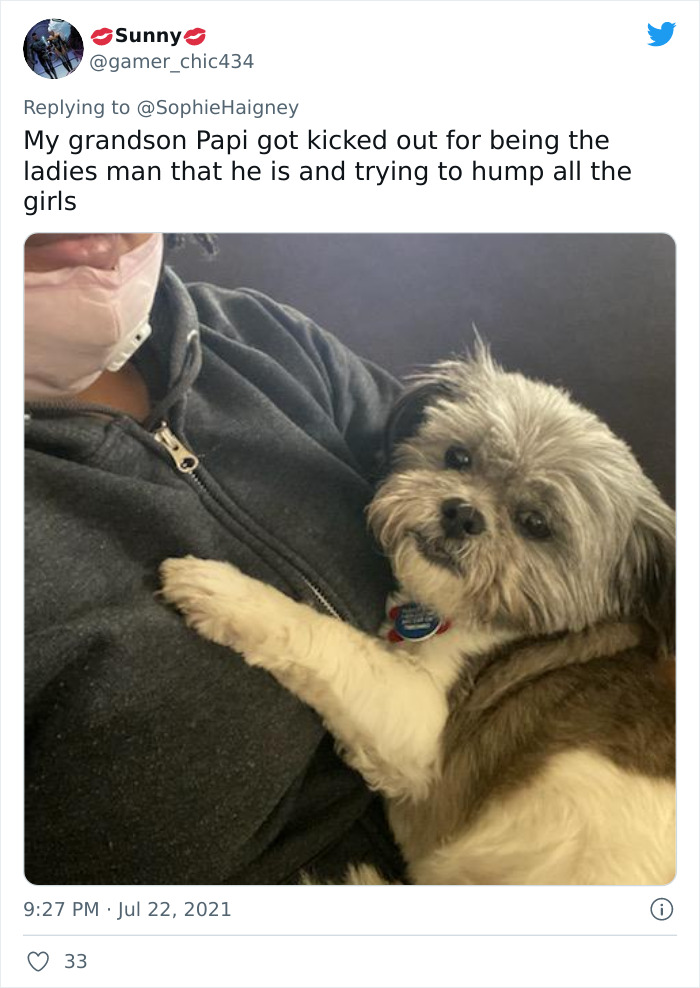 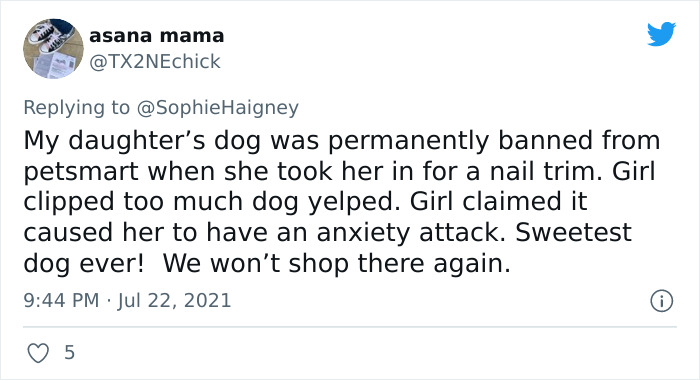 Has your dog ever been kicked out of daycare? What was the reason they got expelled for? Share with us in the comments below.