If someone chooses to have kids, it’s their responsibility to look after and care for them.

People should think or at least plan before having kids. Most couples restrict themselves to having just two kids and it’s because they understand the responsibilities that will come along with kids. You have to take care of them, feed them, change their clothes, take them to school and so much more. If you are ready and you think, you can handle more kids then you should go for it. Or if your plan is, you’ll have four kids and your sister or friends will take care of them, then let us tell you. You are going to fail and fail badly.

A mother of four kids took it to Reddit and asked if she is TAH for asking her sister to look after her kids? OP’s sister fosters dogs. She does take care of the kids sometimes. She even takes care of three of her sister’s kids but when she is fostering dogs, she does not allow kids in the house. OP has four kids and cannot handle all four of her kids and wants to take her sister’s help so she asked her sister to leave the dogs and take care of her kids but she said “no”. Scroll down to read the complete story.

1. This girl took it to Reddit to ask this:

2. The title may make you judge OP but she wants you all to hear her out before judging her.

4. OP’s sister does not have the kids over at her house as she fosters dogs and it usually takes a longer time to find a home for dogs. 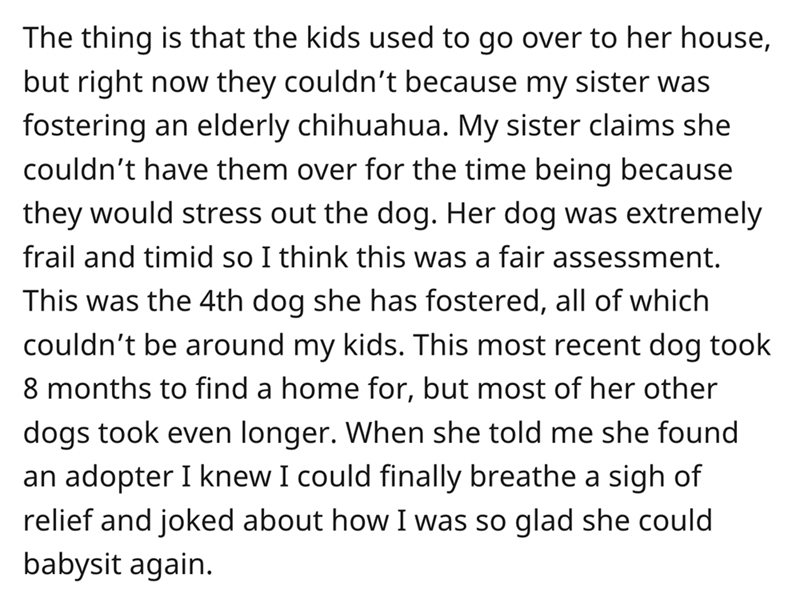 5. OP’s sister wanted to foster another dog but OP knew that now her sister would not be available to help her out with the kids. 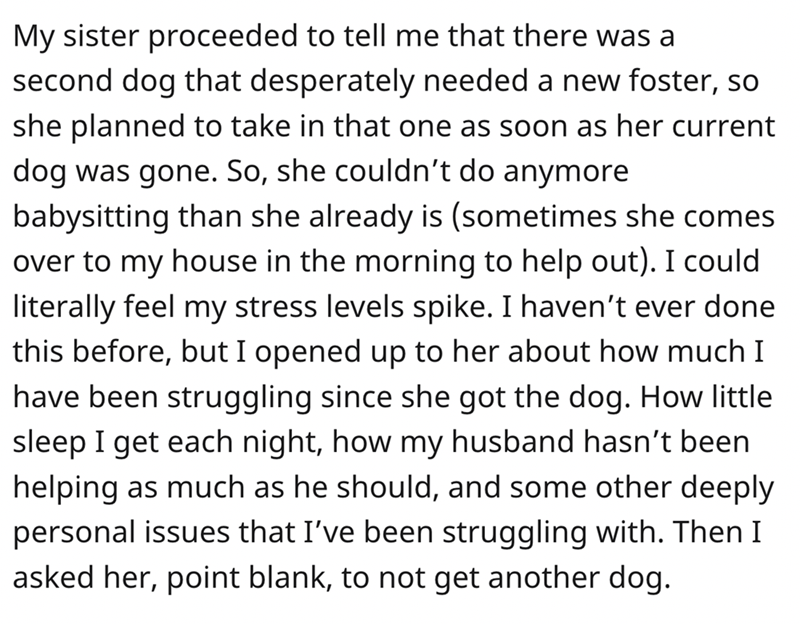 6. OP asked her sister not to get another dog but she refused. 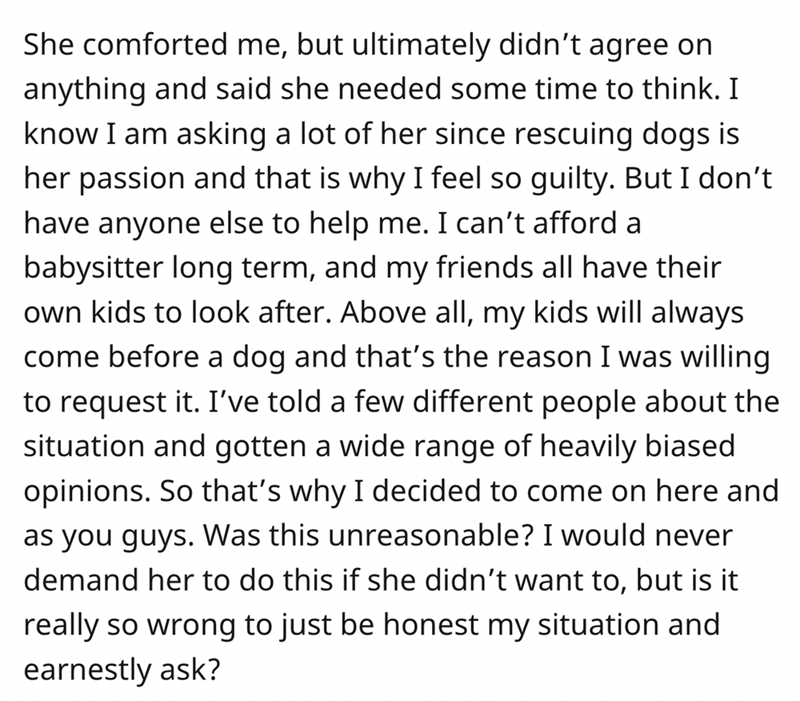 OP has asked a lot of people and she has received heavily biased opinions. This is why OP took the issue to Reddit to know if she is being TAH. Redditors think that OP is being selfish to ask her sister to leave her passion for the kids that are not even hers. Some people suggested her to ask for this favor from her husband so OP made an edit. Scroll down to read what she has to say about her husband.

7. OP made the edit to clear some horrific assumptions that people are making about her. 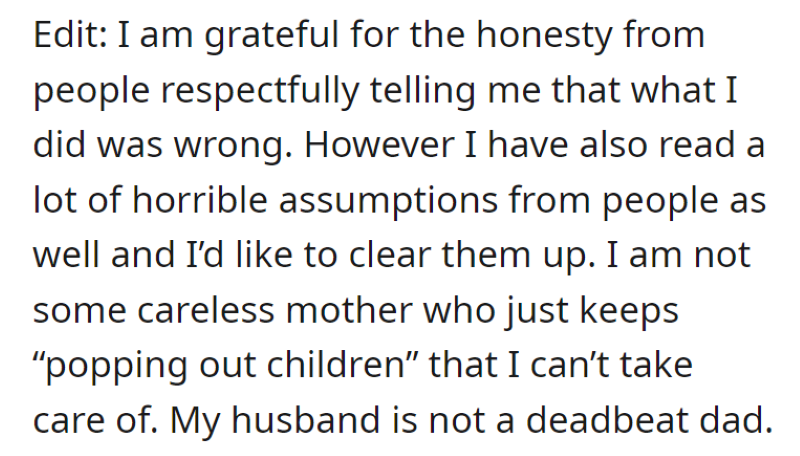 8. OP thinks that she was asking for help, she was not demanding it. 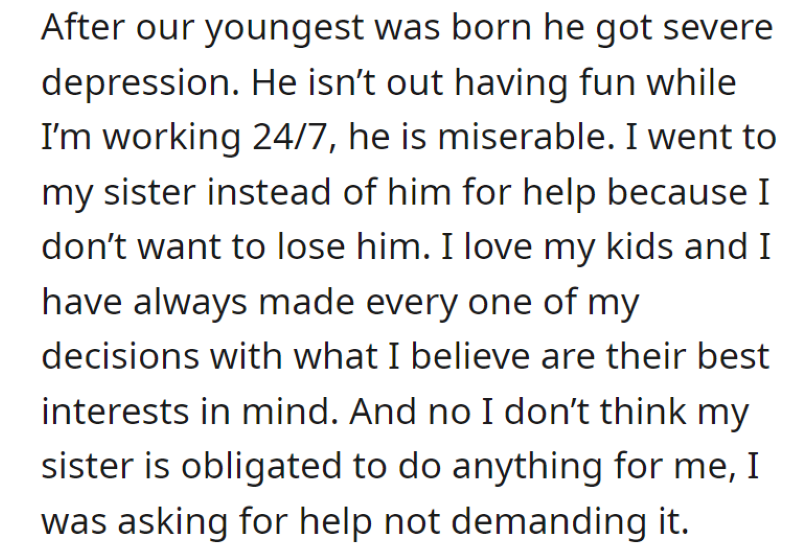 9. OP’s husband is in depression and taking therapy and antidepressants. 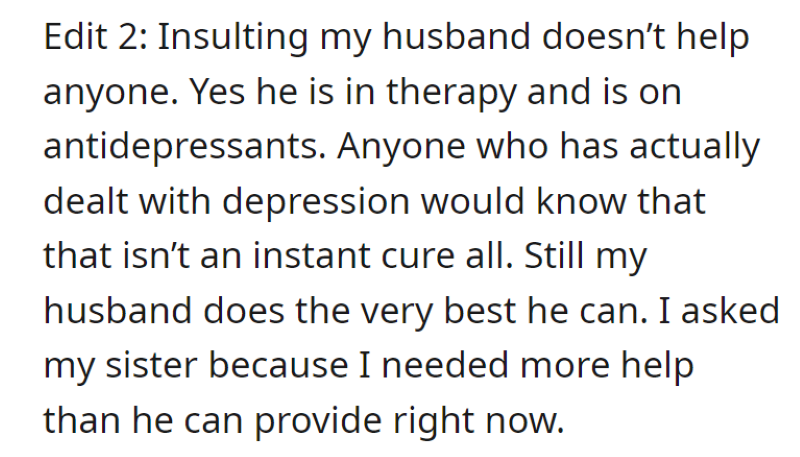 10. Just because OP’s sister is child-free does not mean her time is less valuable or she should take care of OP’s kids. OP has created all these problems for herself by having children she was not able to take care of. 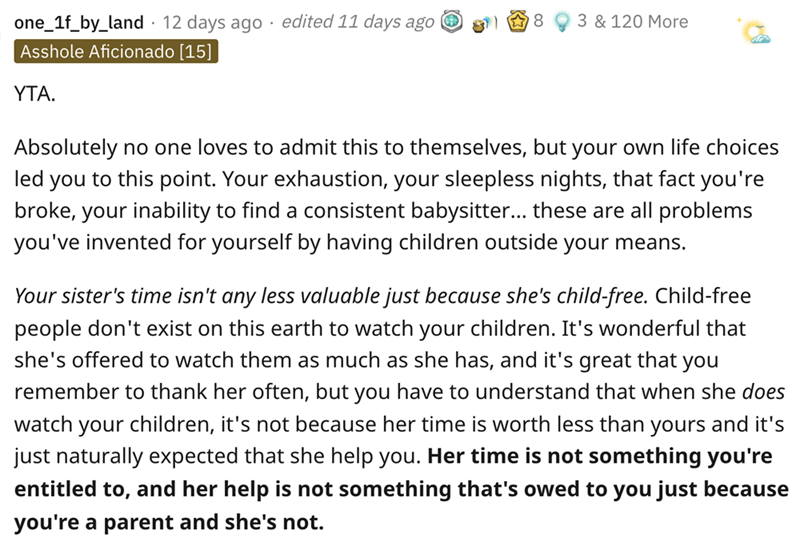 11. OP is asking her sister to leave her passion and babysit her kids instead of asking for this favor from the father of the kids.

12. OP’s husband is supposed to help her with the kids instead of her sister. 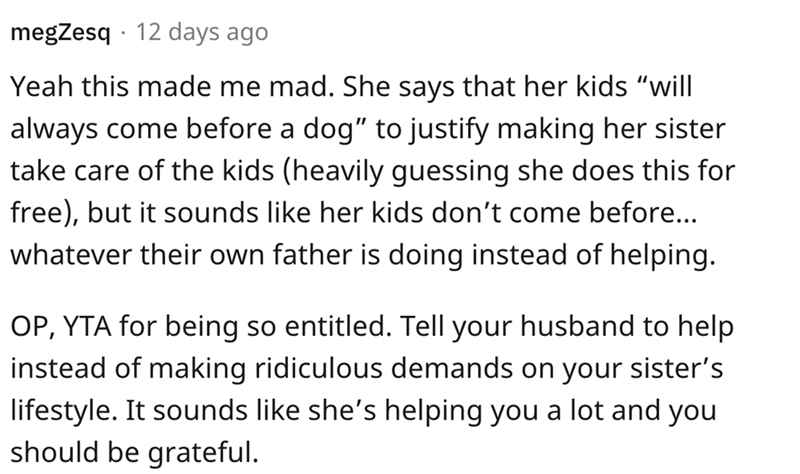 13. OP is trying to use her sister as a long-term babysitter. 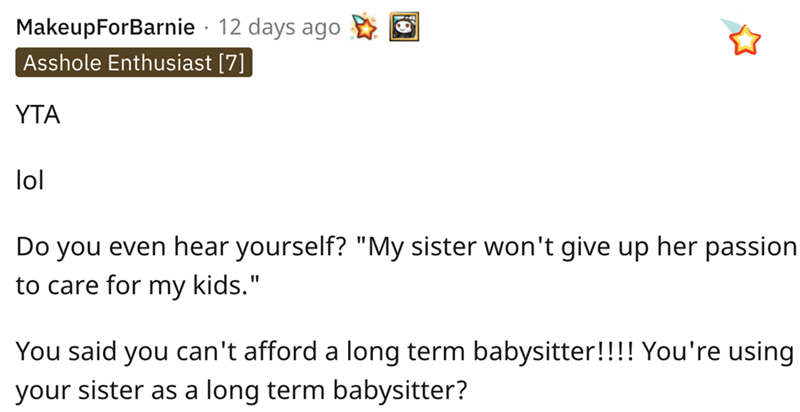 14. OP should reevaluate the situation and should think from her sister’s point of view. 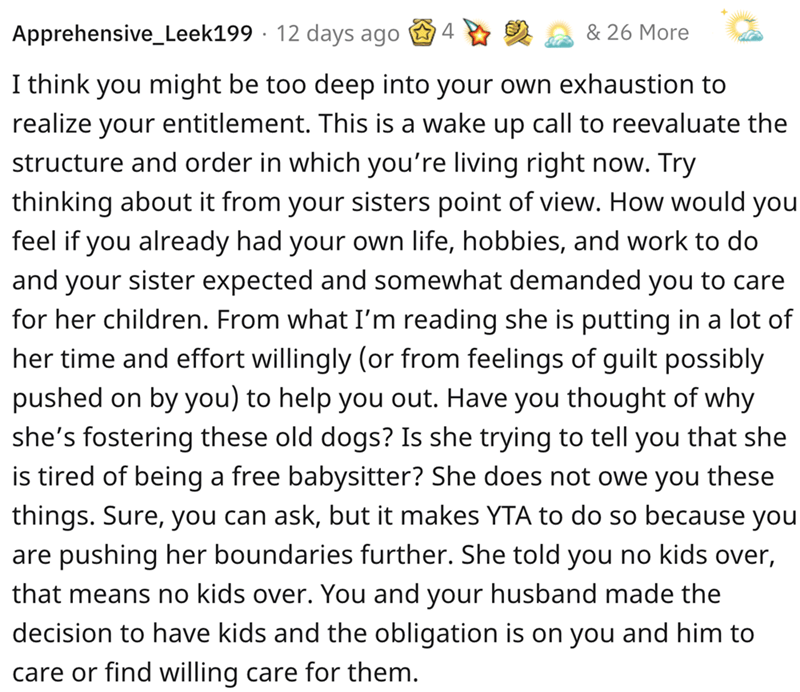 Now that you have read the complete story. Comment down and let us know who is TAH here?