Dogs are one of the smartest creatures on the planet, capable of following intensely complex questions and figuring things out with their senses faster and better than humans can. That’s why they’re employed as bodyguards or security or even as personal protection weapons. But despite their intelligence, they are still, after all, just animals, which means they can and will fall victim to animal-like antics and behaviour.

This brings us to this post, this series of images. These dogs, while being very intelligent, are incapable of figuring out that sometimes things are just too big for them, and it’s downright comical how unaware they are of what they’re doing. It’s just so unbearably adorable to watch them try to carry a stick that’s five times their size, and even cuter when they actually succeed. 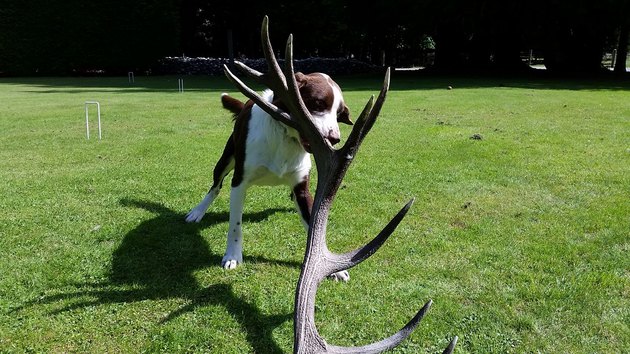 The Guardian talks about how maybe big sticks aren’t such a good idea for your puppy:

Leading vets are warning dog owners about the dangers of throwing sticks for their pets to fetch after a reported rise in life-threatening injuries. Grace Webster, president of the British Veterinary Association in Scotland, told owners on Wednesday to stop throwing pieces of wood after a report of a dog in Scotland being badly injured after it got a 10cm stick stuck in its throat. 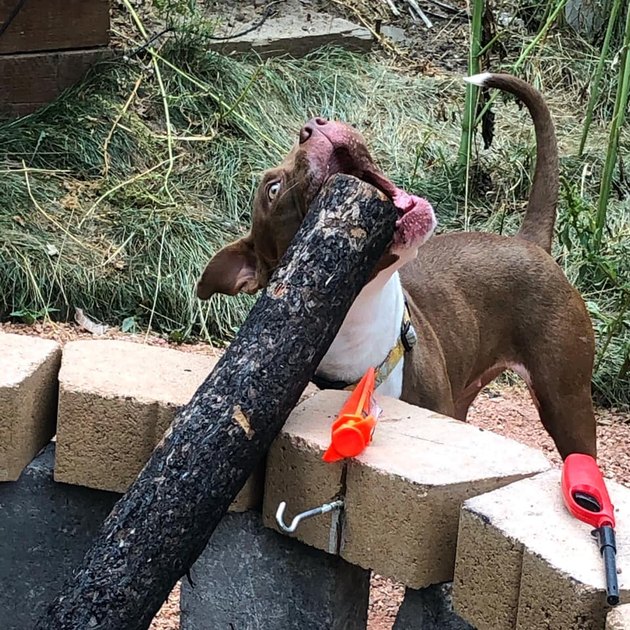 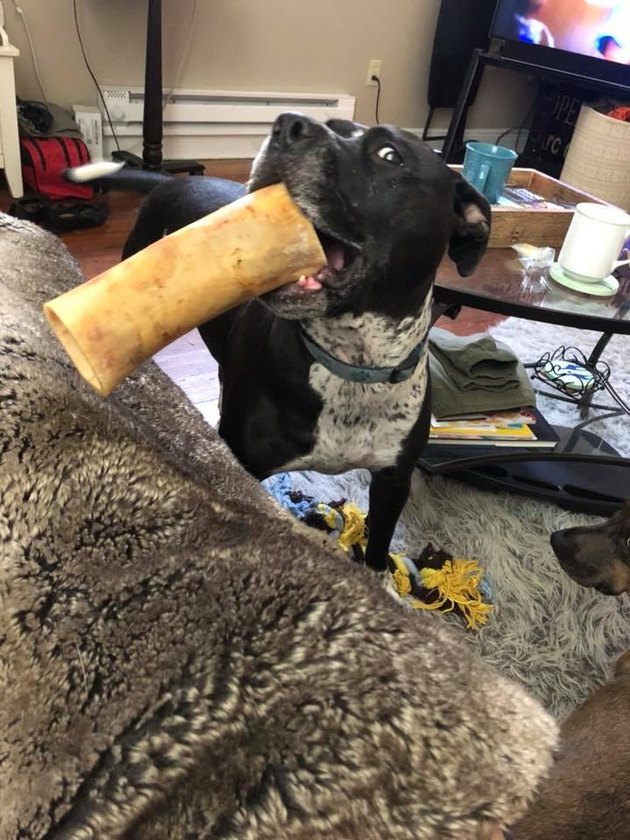 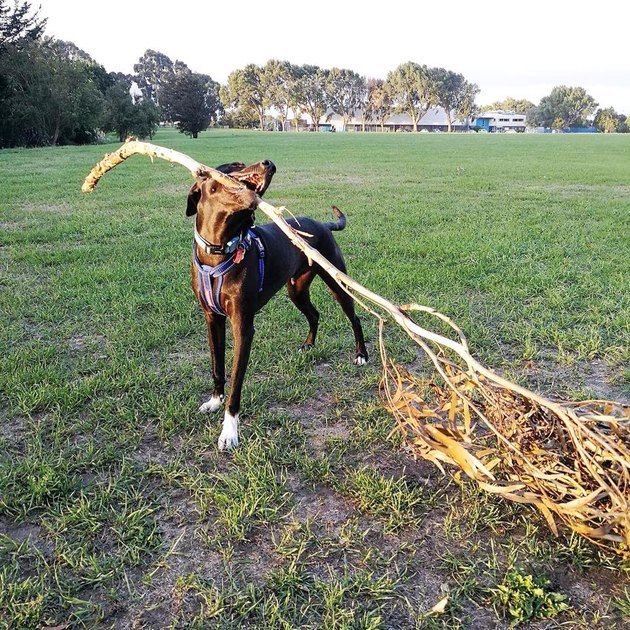 Instead, throwing rubber sticks from pet shops, balls or Frisbees were safer alternatives, Webster told the Times (£). She said: “Throwing sticks for your dog can be dangerous and lead to horrific injuries that can be very distressing for both you and your dog, such as causing cuts to their mouths and tongues or, as in this case, getting the stick lodged in their throat. “Even when the initial wound is treated, splinters of wood have often got stuck and require subsequent operations.” 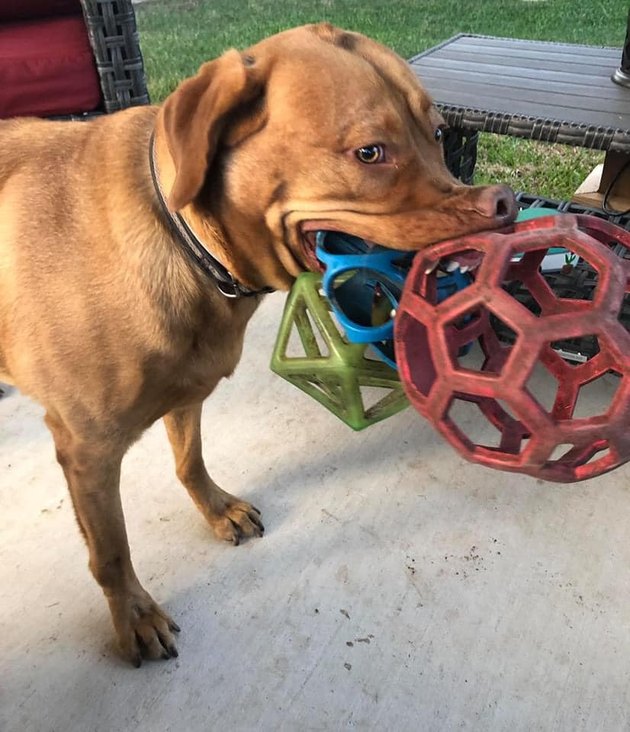 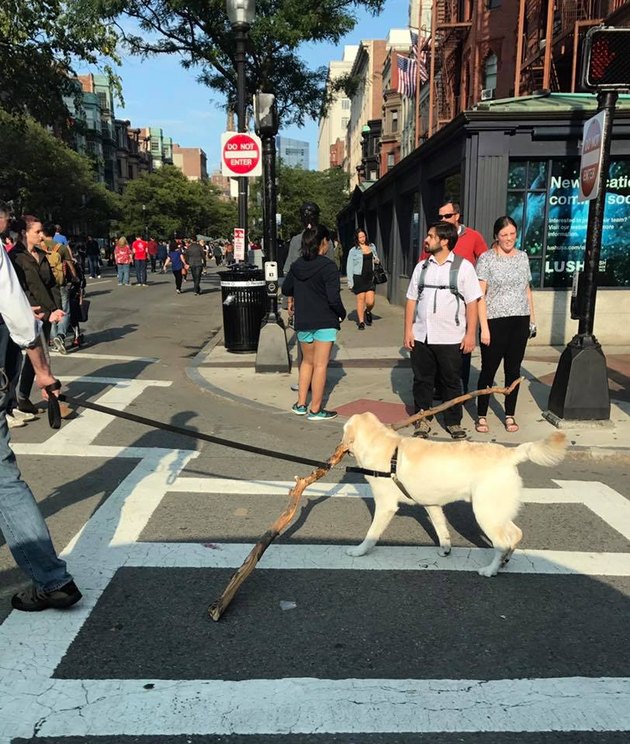 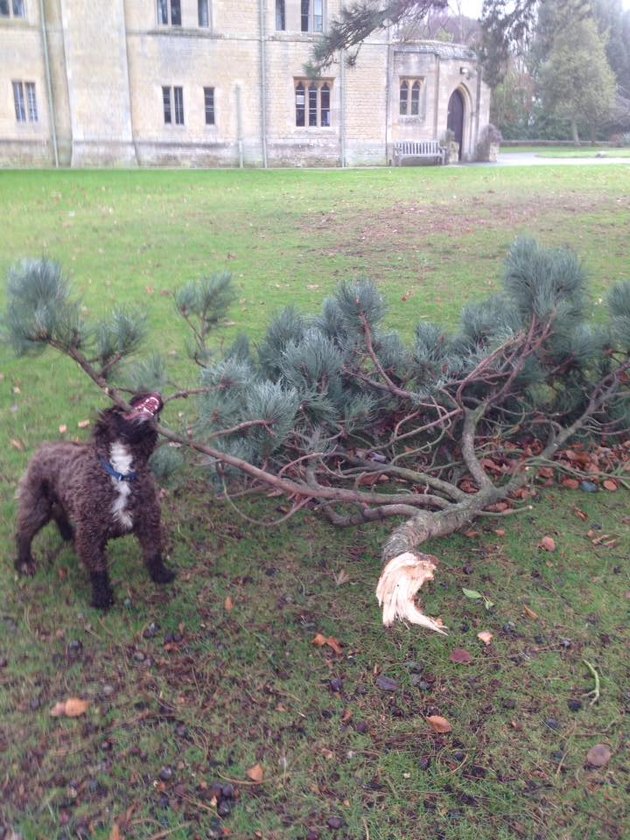 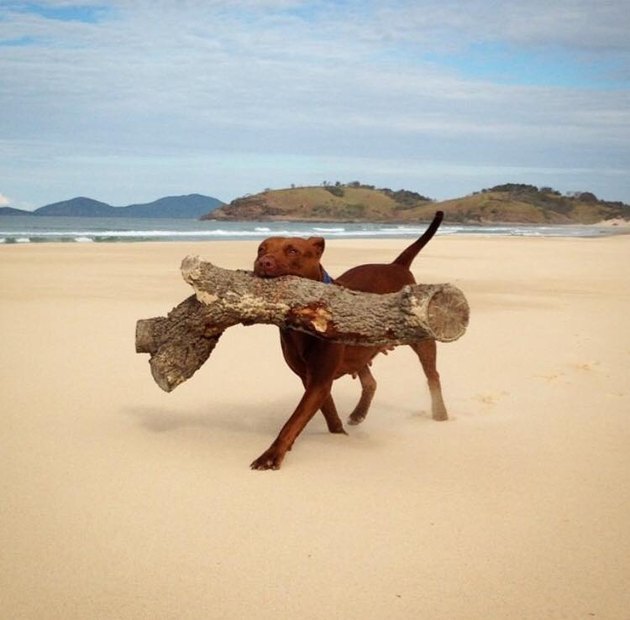 Sean Wensley, president of the British Veterinary Association, said vets nationally were familiar “with the very serious, potentially life threatening injuries that can be caused by throwing sticks for dogs”. He said the effects of stick damage on pets had been “studied by our academic colleagues and the Royal Veterinary College and elsewhere. Of course not every dog chasing a stick will be fatally injured, but some of them are,” he said on BBC Radio 4’s Today programme. 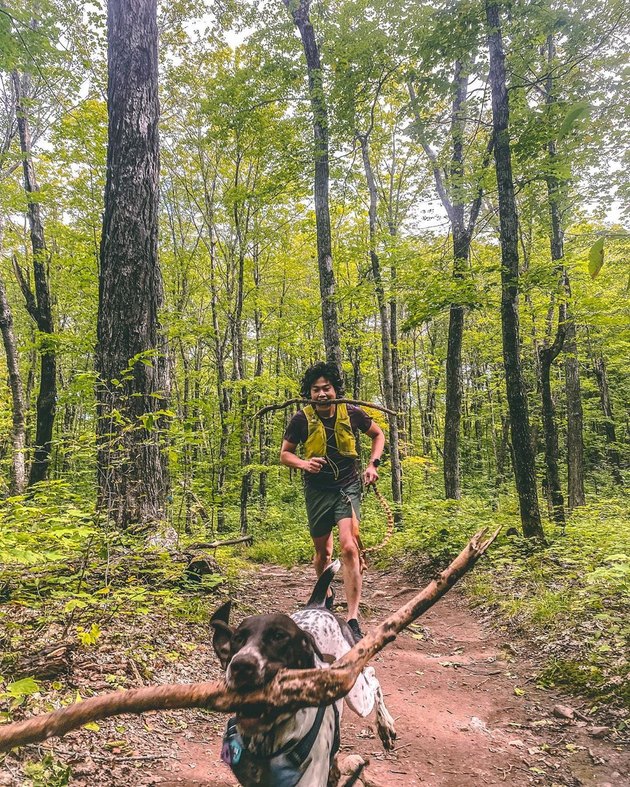 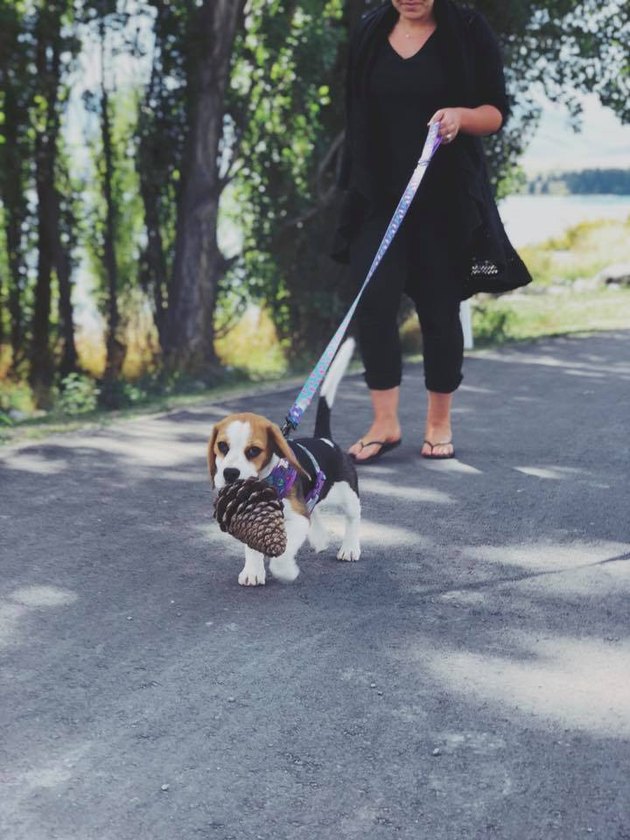 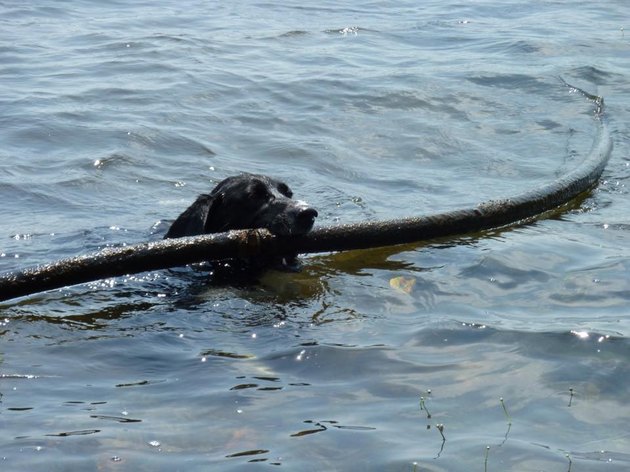 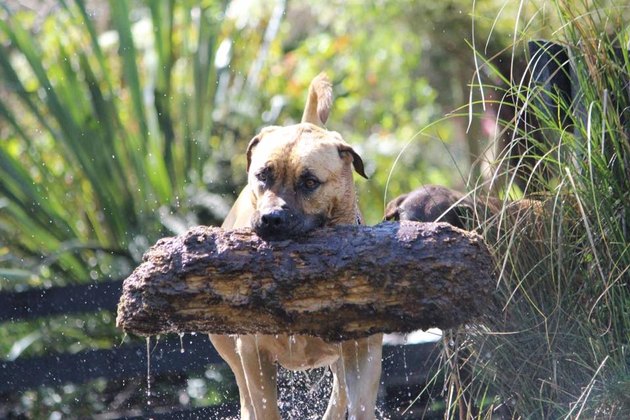 “Our colleagues in practice are seeing probably around one stick-related injury a month. Others say it’s more than that.” Wensley said the types of injury vets commonly saw involved thrown sticks that had fallen to the ground, where “the dog is running typically at a pace after it, and the stick is forced down the dog’s throat – it’s essentially impaled on that stick”. 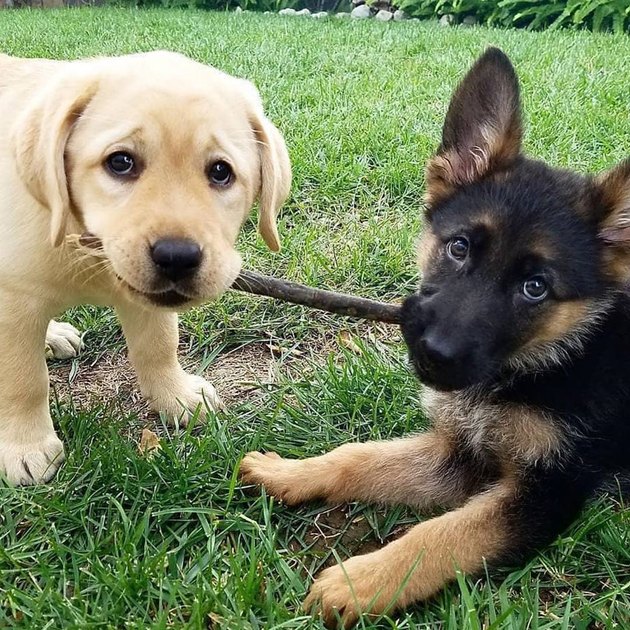 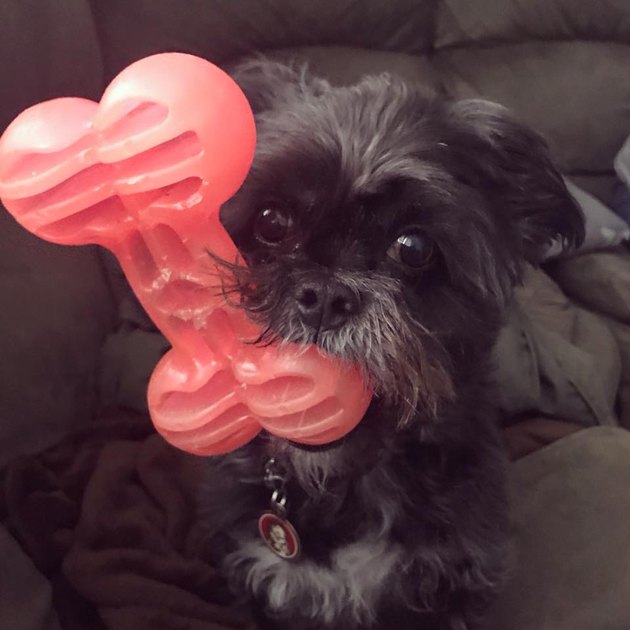 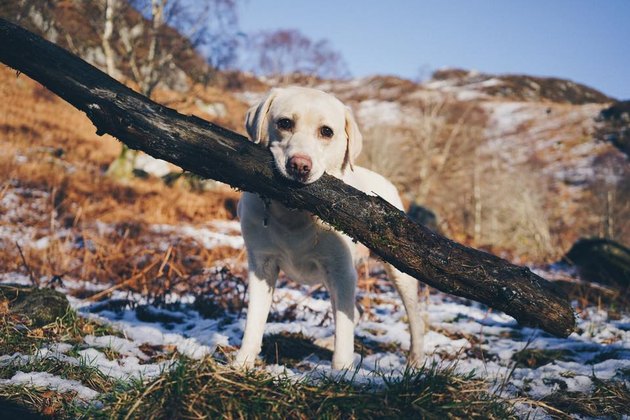 “The stick itself is dirty, the mouth cavity is full of bacteria as well, and in that process inoculate bacteria into structures within the body, as well as damaging the oesophagus, the spinal cord – causing paralysis, and so on,” Wensley said, before adding that some dogs had to be put down due to the the injuries inflicted while fetching a stick, or after a fatal infection. 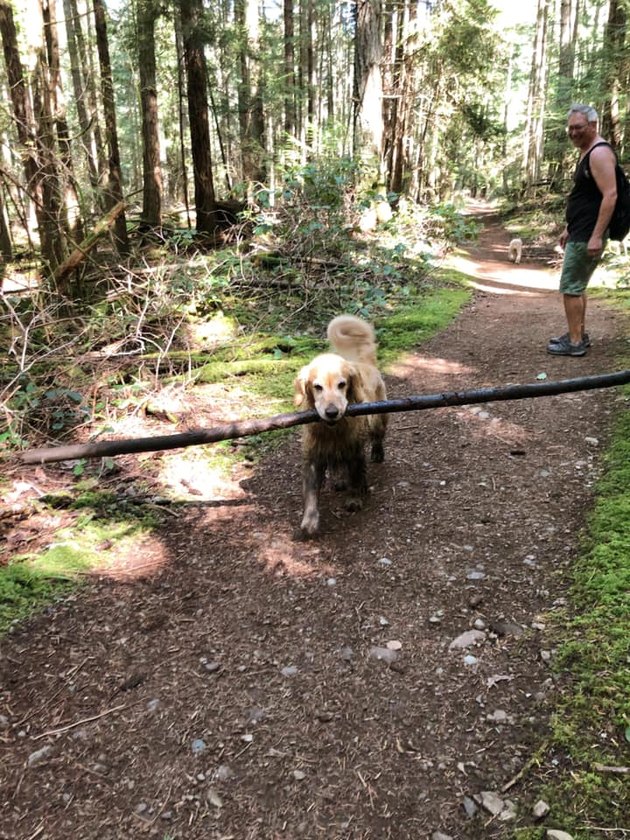 What did you think? Tell us down in the comments below!