Cats will steal your boyfriend’s heart and you won’t be able to do anything about it.

Your love with your cats will be real but they would still choose to betray you no matter how much love and care you provide them. They will steal your boyfriend right under your nose and you will be left with no option than to put up with the situation. Cats are smart creatures and they have those looks and innocent moves to steal anyone’s heart. Today, we have made a list of those poor girls whose cats betrayed them and stole their boyfriend’s hearts. Scroll down and watch these shameless yet adorable cats.

1. My cat when boyfriend closes the door. 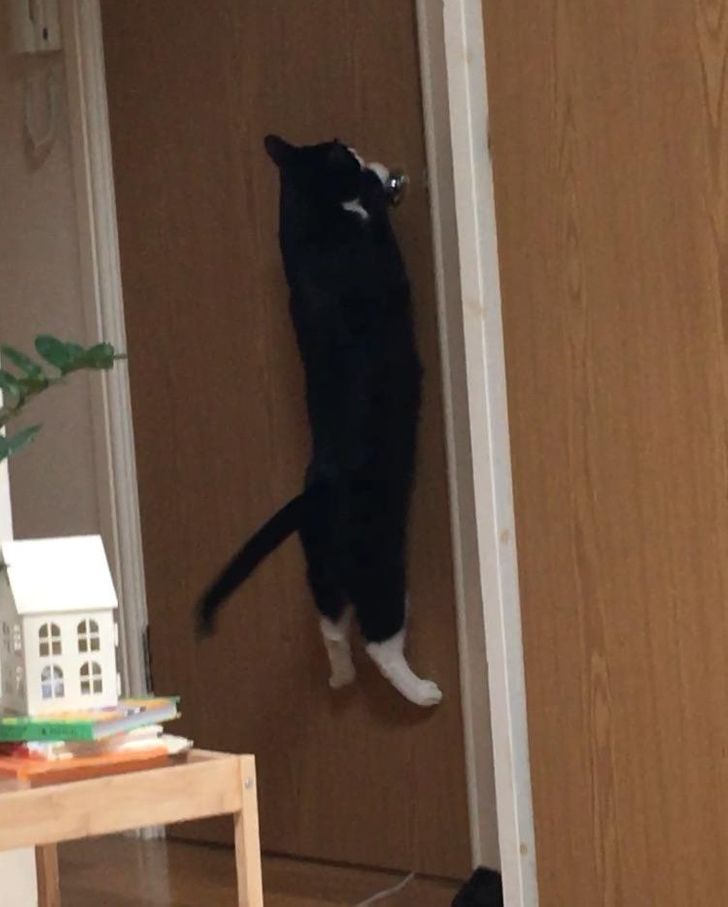 2. My cat and my husband giving us the major couple goals. 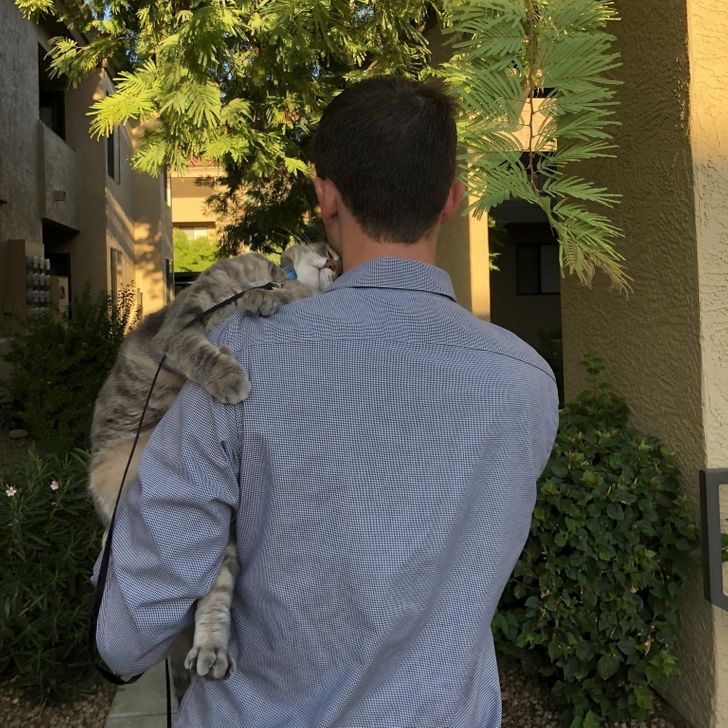 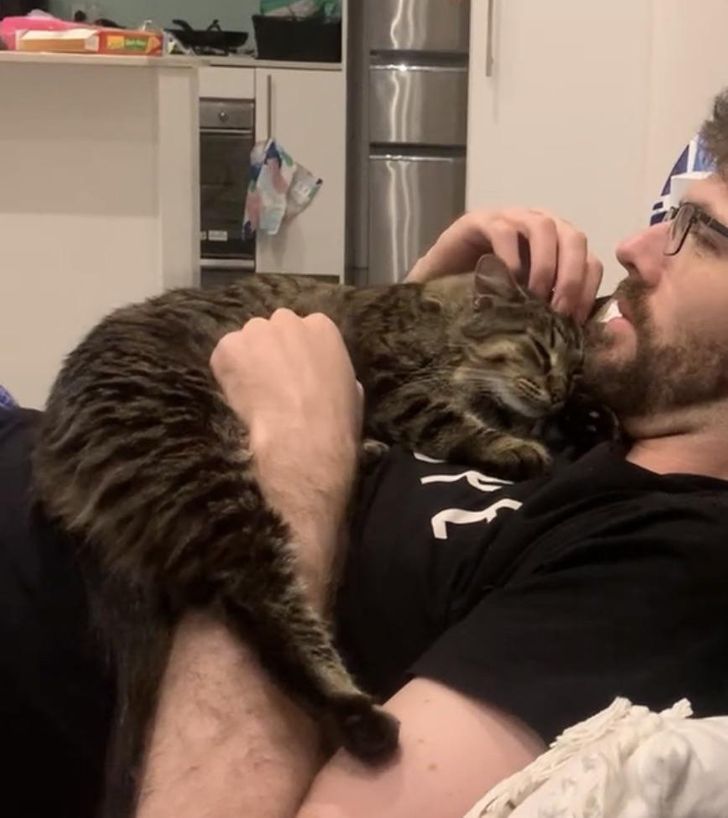 4. Whenever boyfriend sits to work. 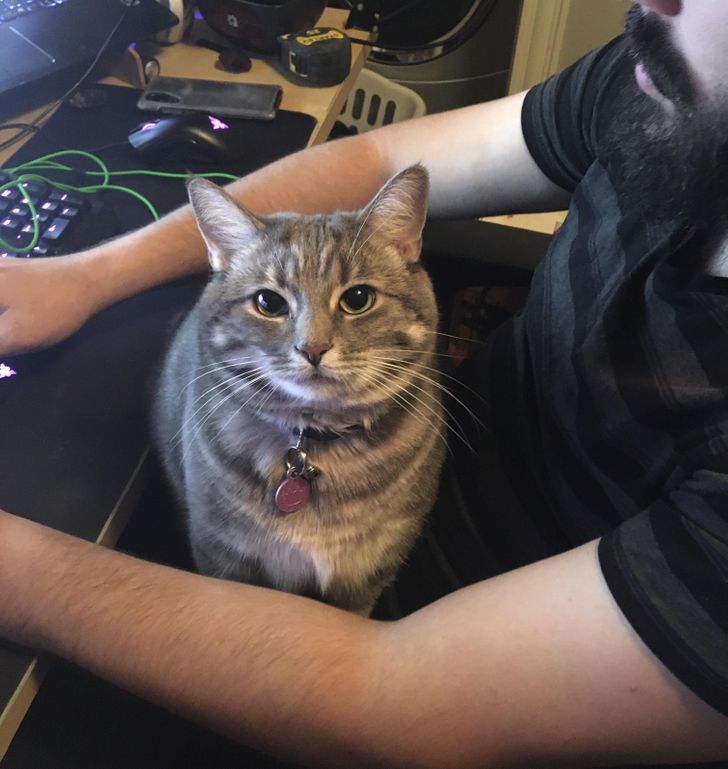 5. Looks like my boyfriend loves my cat more than me. 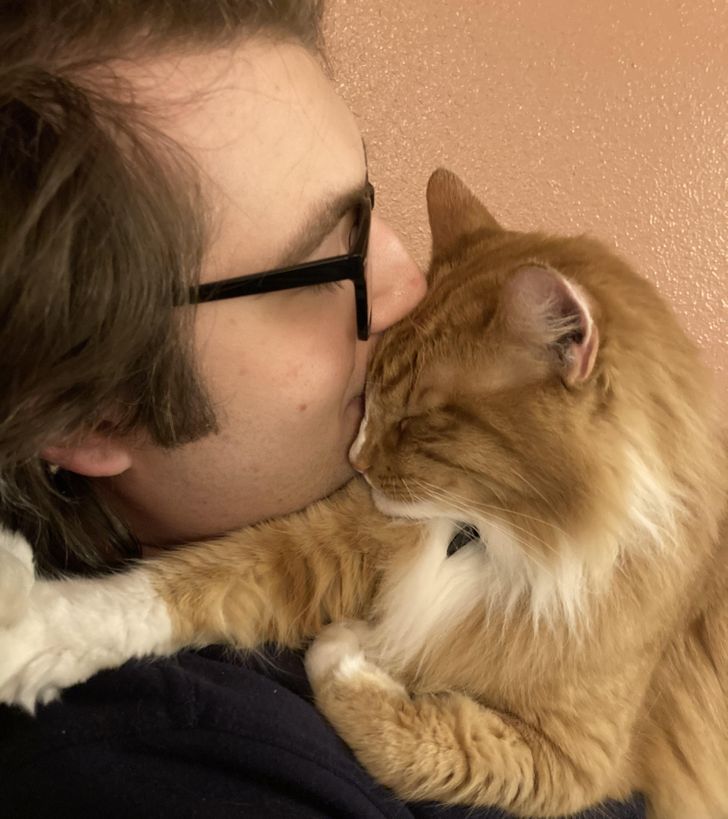 6. I wanted a cat but my boyfriend didn’t want one. Well, we got one because it will make me happy. Guess, who she is making happy now? 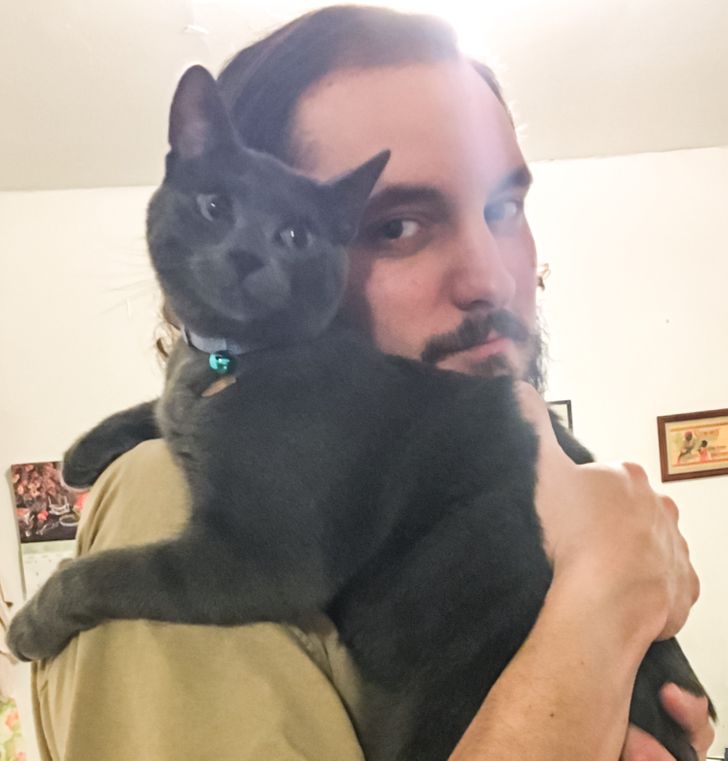 7. They are happy in their own world. 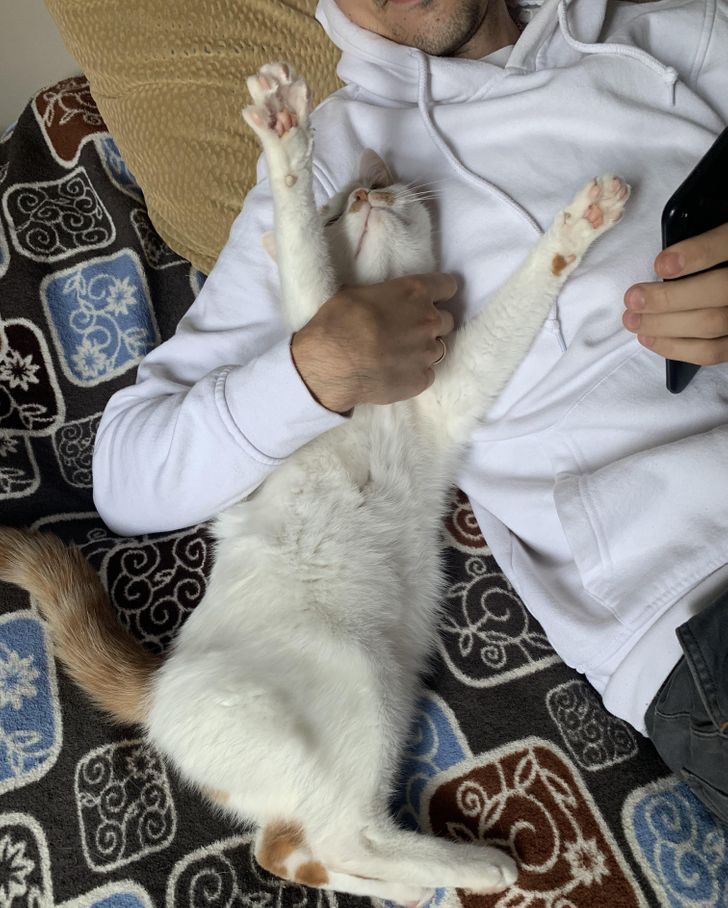 8. How obsessed she is with my boyfriend! 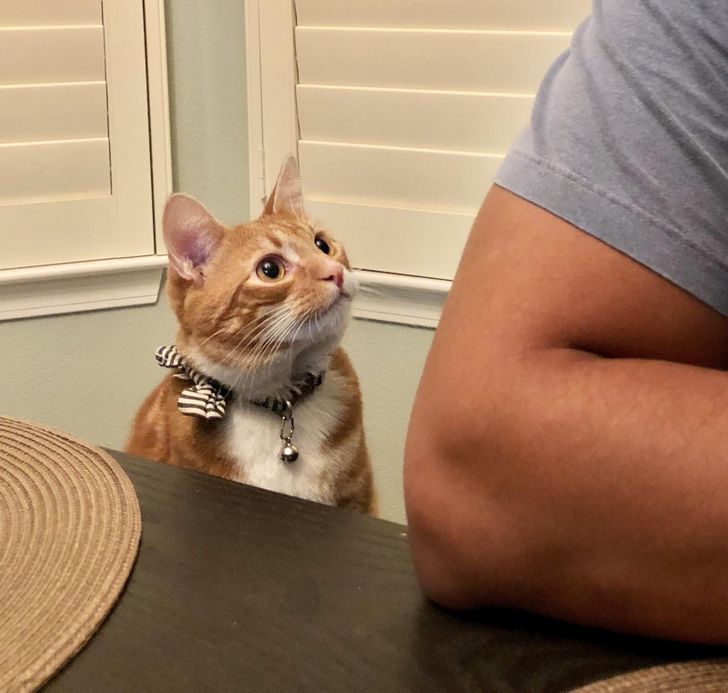 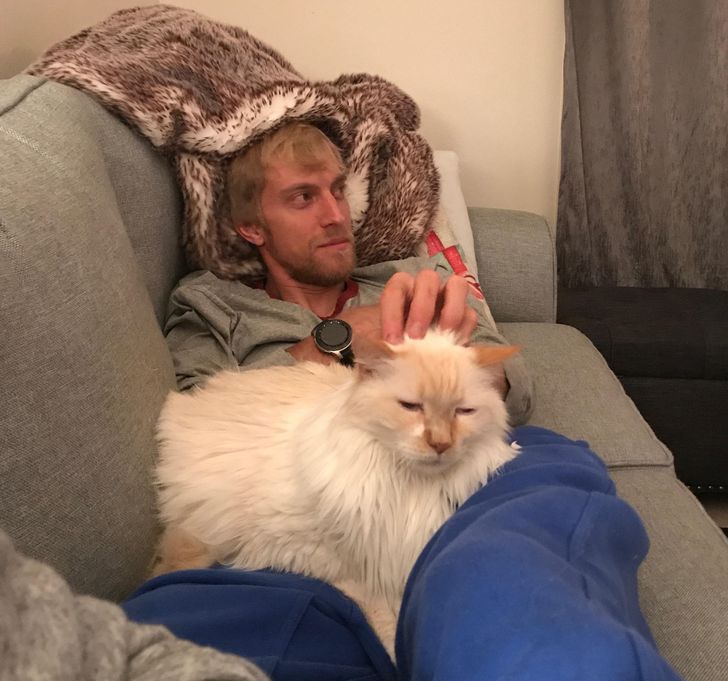 10. Good dressing and a cat. That’s how you can win any girl’s heart. 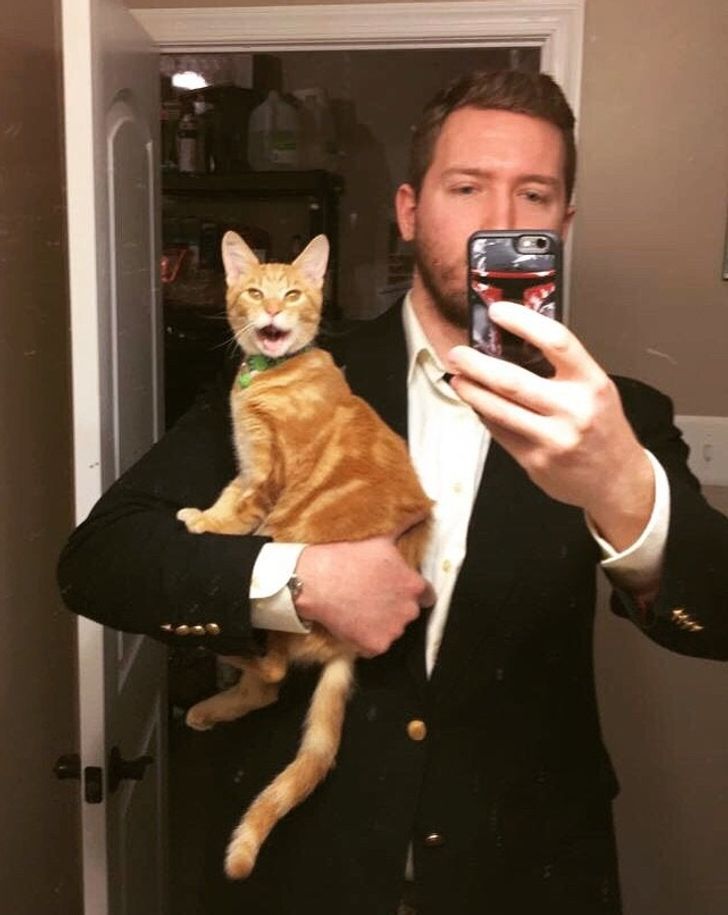 11. Boyfriend never wanted a cat in the house. 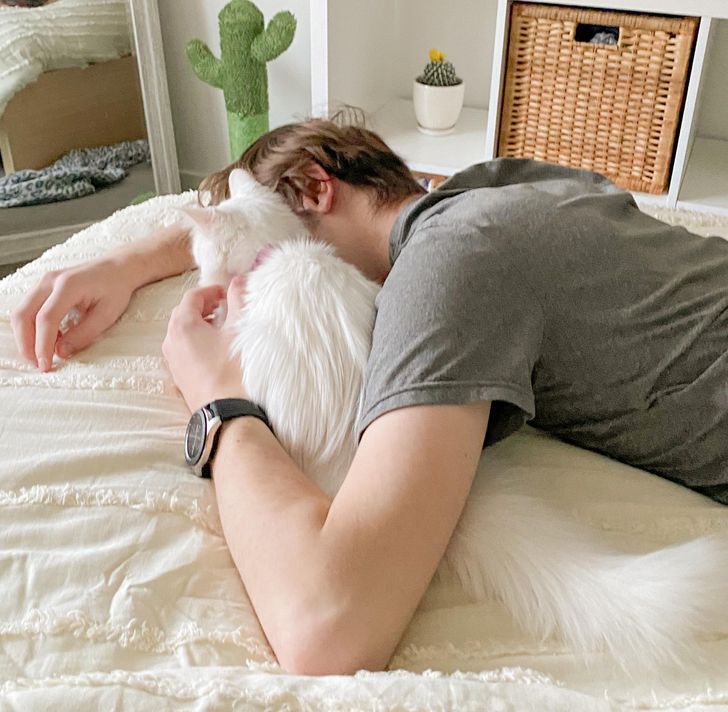 When you want a cat but your boyfriend doesn’t want one. You end up getting a cat somehow and after a few days, you find your boyfriend bonding with the cat more than you. This is strong evidence that cats can make anyone fall in love. Well, they are cute and can make their place in anyone’s heart. Well, girl, you are not alone. There are many others whose boyfriends are loving their cats more than them. Scroll down to watch.

12. She is mimicking how my fiancé sits. 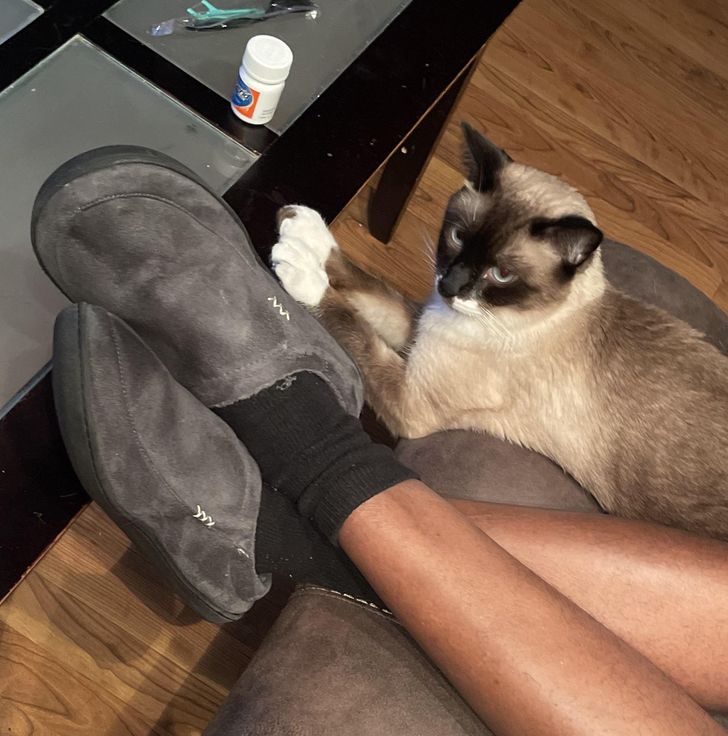 13. No one loves me. They are happy loving each other. 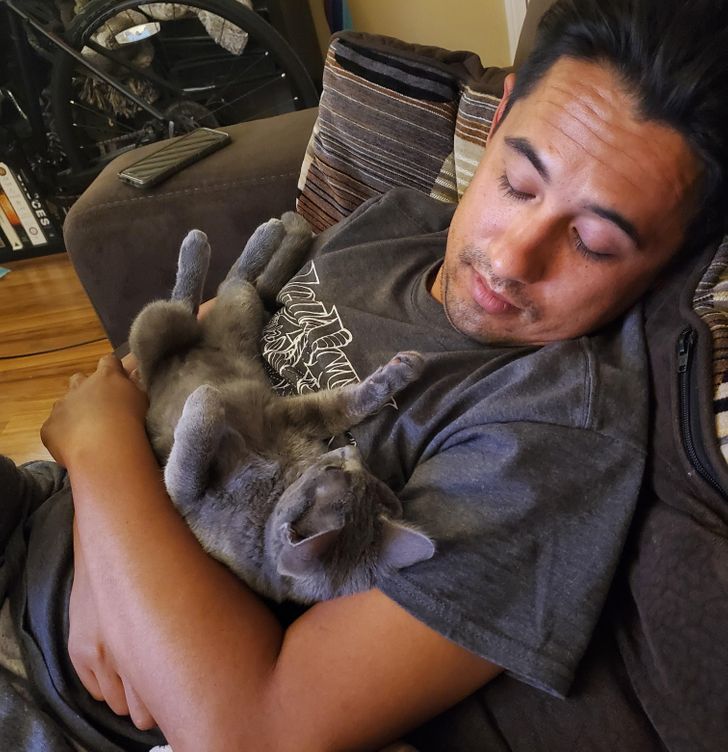 14. My shy cat has bonded with my cat and wouldn’t leave his side. 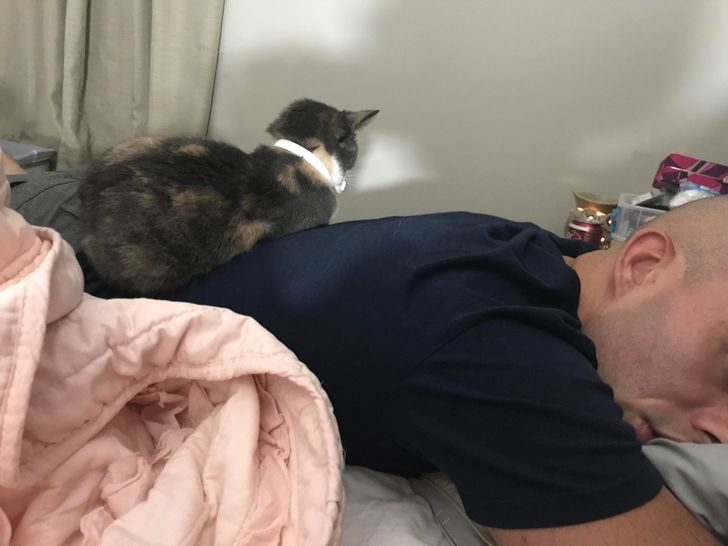 15. She likes doing this with my boyfriend’s nose and he doesn’t seem to mind. 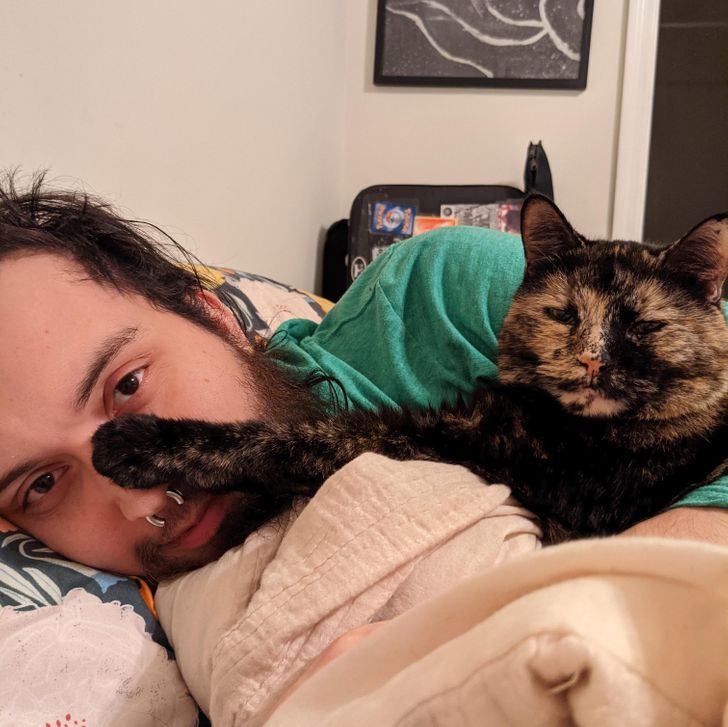 16. My cat Aries loves my husband and makes him carry him wherever he goes. 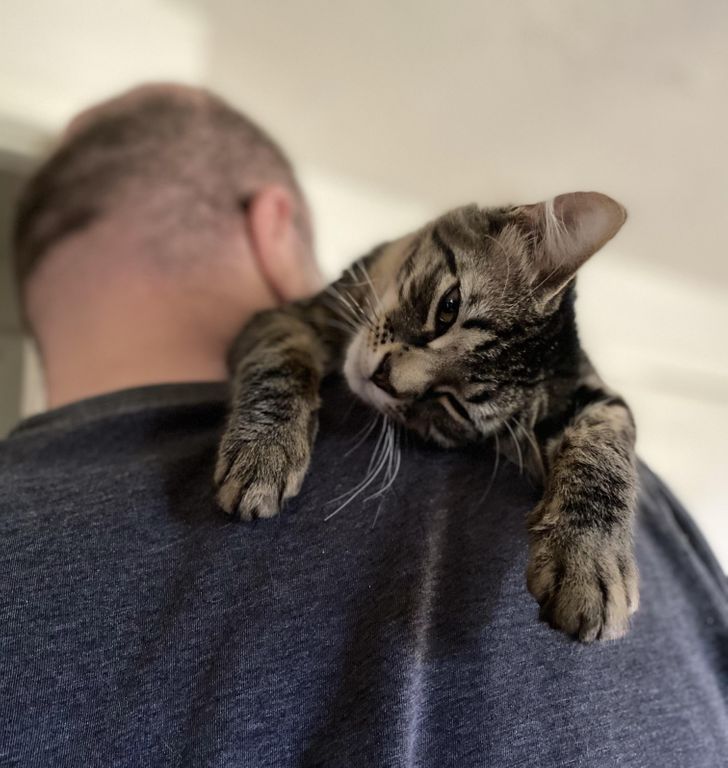 17. Cat wants attention from my boyfriend. 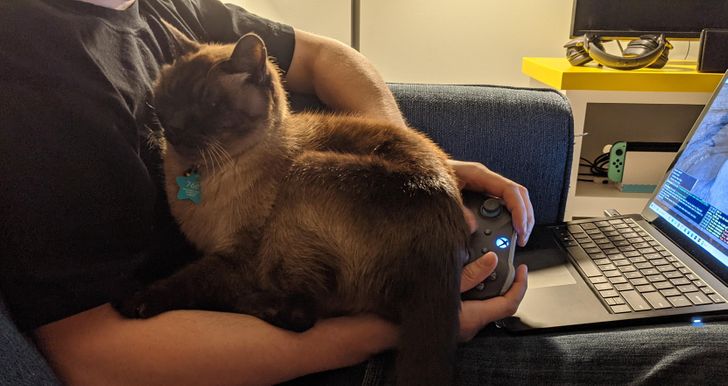 18. My husband never wanted a cat, she made him love cats. 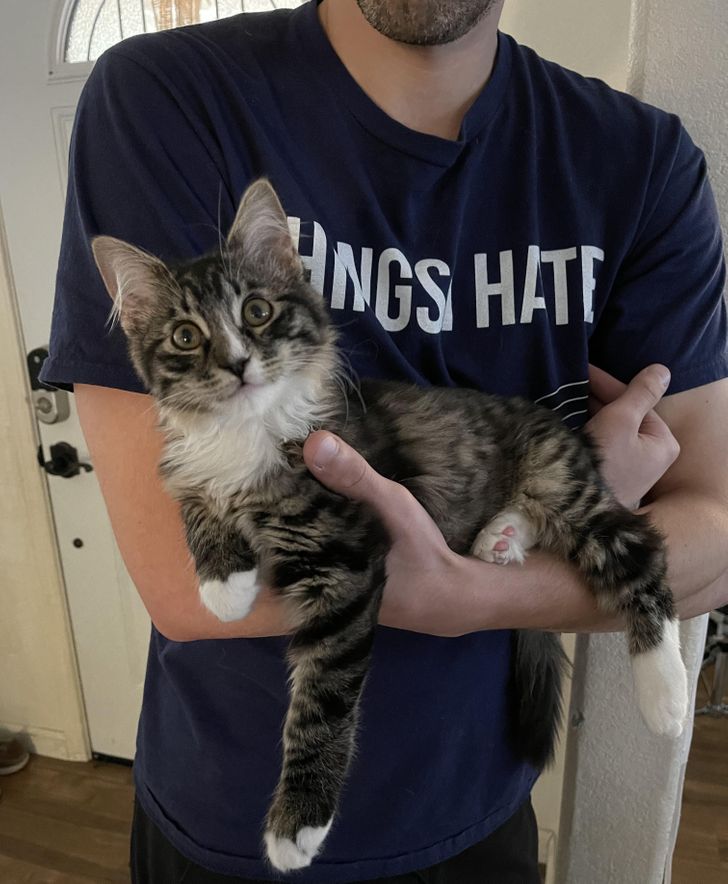 19. Whenever my husband gets a haircut, Onyx comes, meows and watches the whole process patiently. 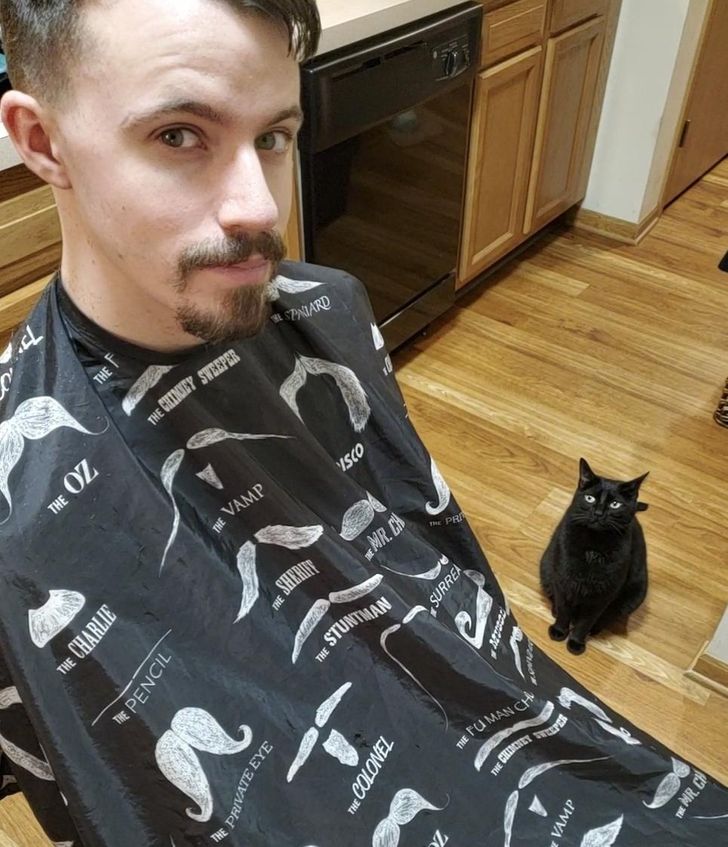 20. So obsessed with my husband. 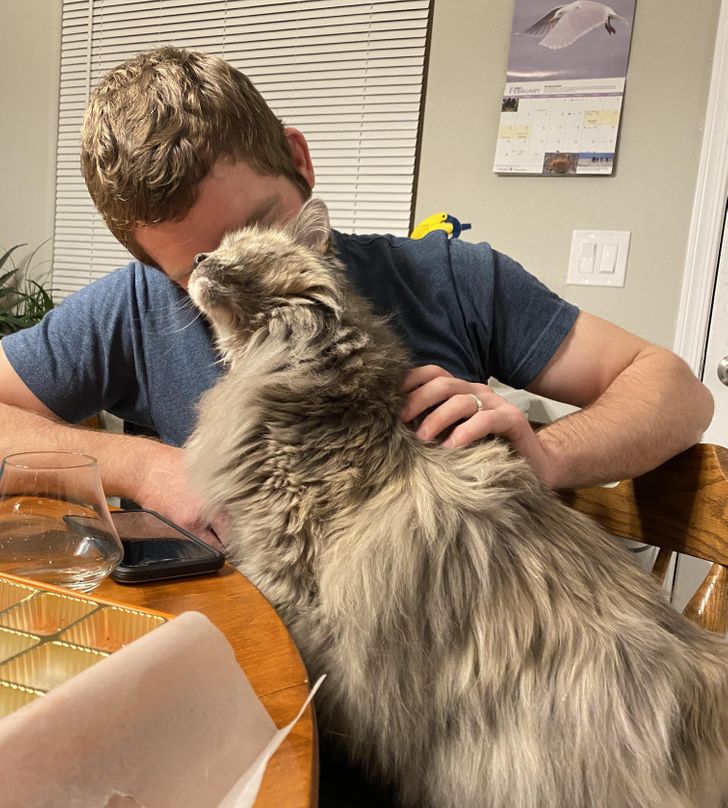 21. I was away from home for three weeks and in the meantime she stole my man. 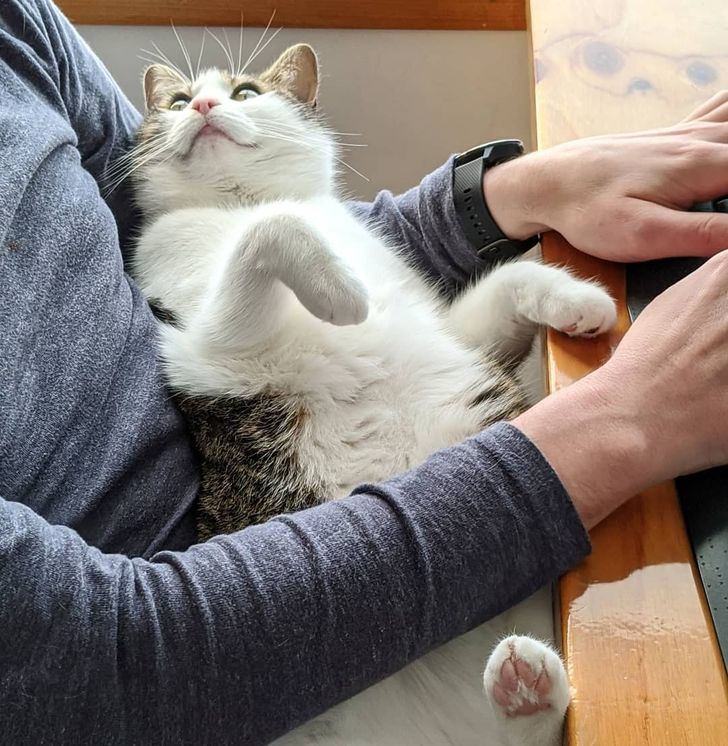 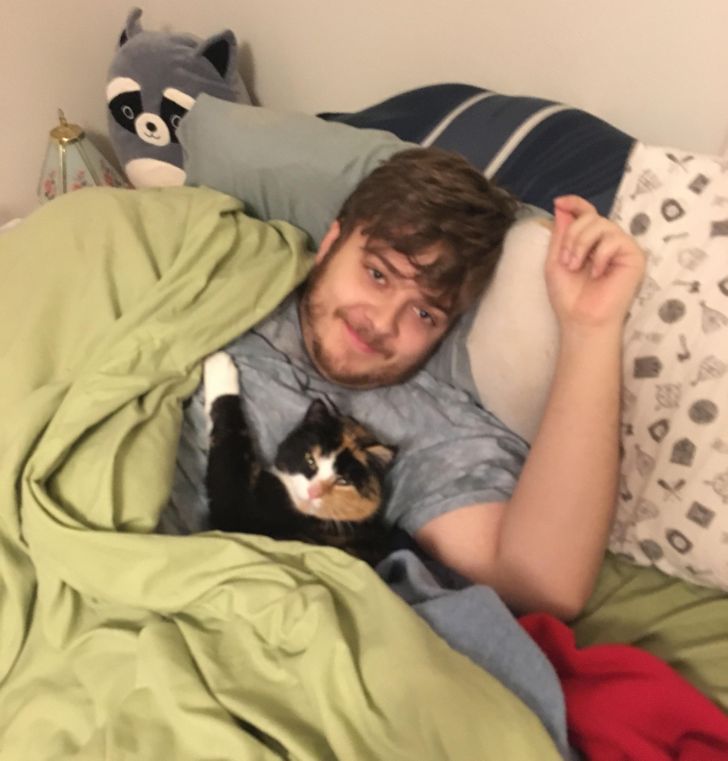