All dogs are good bois/girls; sometimes they just show how naughty they can be.

We underestimate our doggos sometimes and think that they are the goodest bois and girls. They are but sometimes they like showing their other side that we have never seen. They would pretend to be innocent in front of their owners but as soon as their owners would leave them at the daycare, they would start showing their true colors. They will show what it means to be a doggo. The dog owners would get calls from the daycare that they are fighting with other dogs, eating other doggos’ food, climbing the walls and whatnot. We can forgive our doggos for showing bad behavior but doggy daycares do not. They would expel them right away or tell you not to leave your doggos here ever again. Today, we have 14 hilarious reasons doggys got expelled from daycare. Scroll down and enjoy!

1. Sounds like a mom getting a call from her kid’s school that your kid has been caught fighting with other kids:

3. We are sure the owner’s dog was pretty:

4. The parkour girls got expelled for running at the windows and climbing the walls:

No shame on their faces. They think that they have achieved something big.

5. A German Shephard who keeps forgetting that she knows her owner’s aunt: 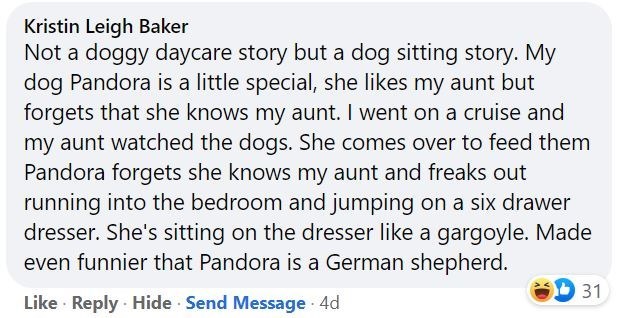 We believe she does not forget, she just likes creating drama.

6. When you leave your dogs at the daycare and at the end of the day they tell you that your dogs couldn’t come back there again: 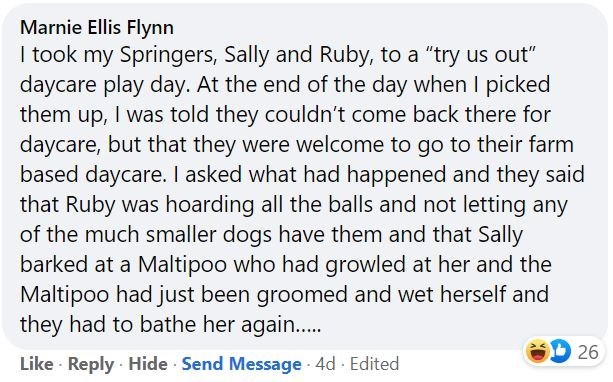 7. When you leave your doggo at the daycare, you are at work and get a call from the daycare about your doggo: 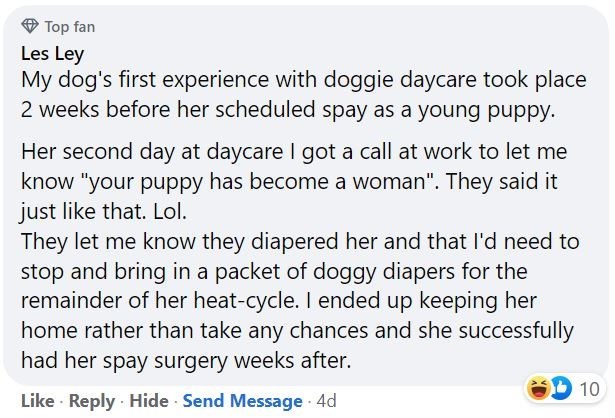 When the doggos are at daycare, they show a different side that we have never seen before. They would act like “try us out”, “wanna fight with me?”. They will bully the innocent ones and at the end of the day get expelled from the doggy daycare. Poor babies. Well, poor us, not the doggies. And lucky are the doggy daycares that can easily expel them and get rid of these troublemakers. We do not get this option.

8. When the daycare upgrades its interior fences for your dog:

9. How dare you to refuse to play with me?

11. He knows how to make himself more comfortable:

12. When the adult dogs want to play with the puppies: 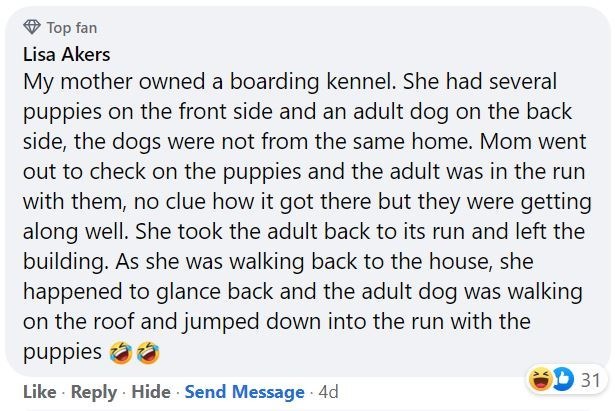 13. When you want to eat all the food but then puke on the floor:

14. The flexible horse who just wants to say “hi” to his friend: 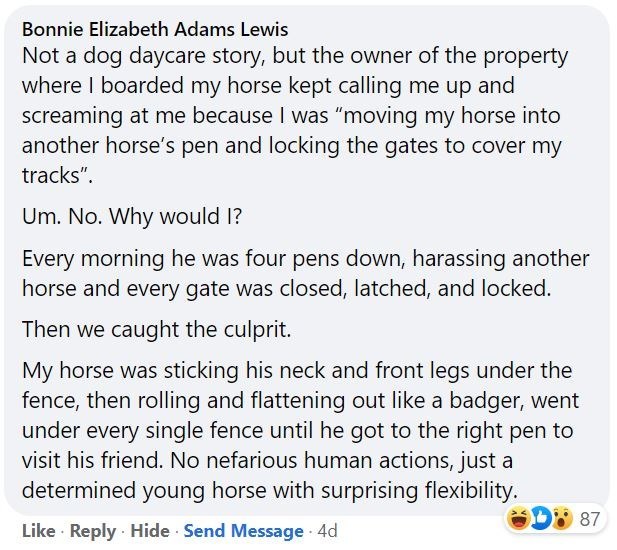 Has your doggo ever been expelled from a daycare? If yes, share why your not-so-good doggo got expelled?